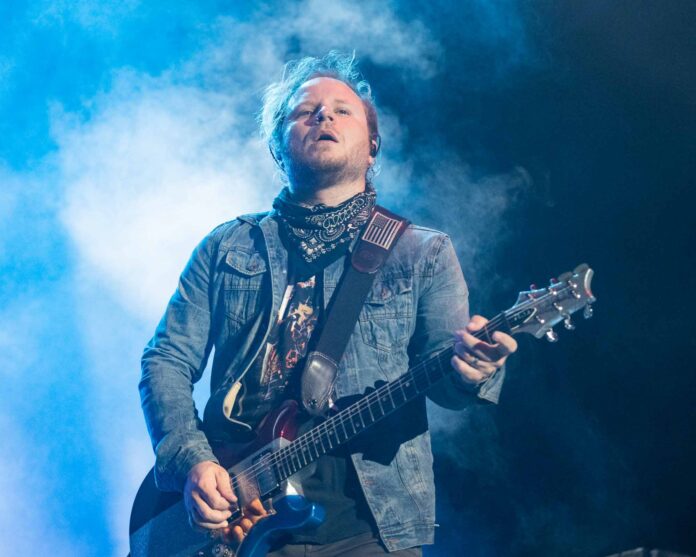 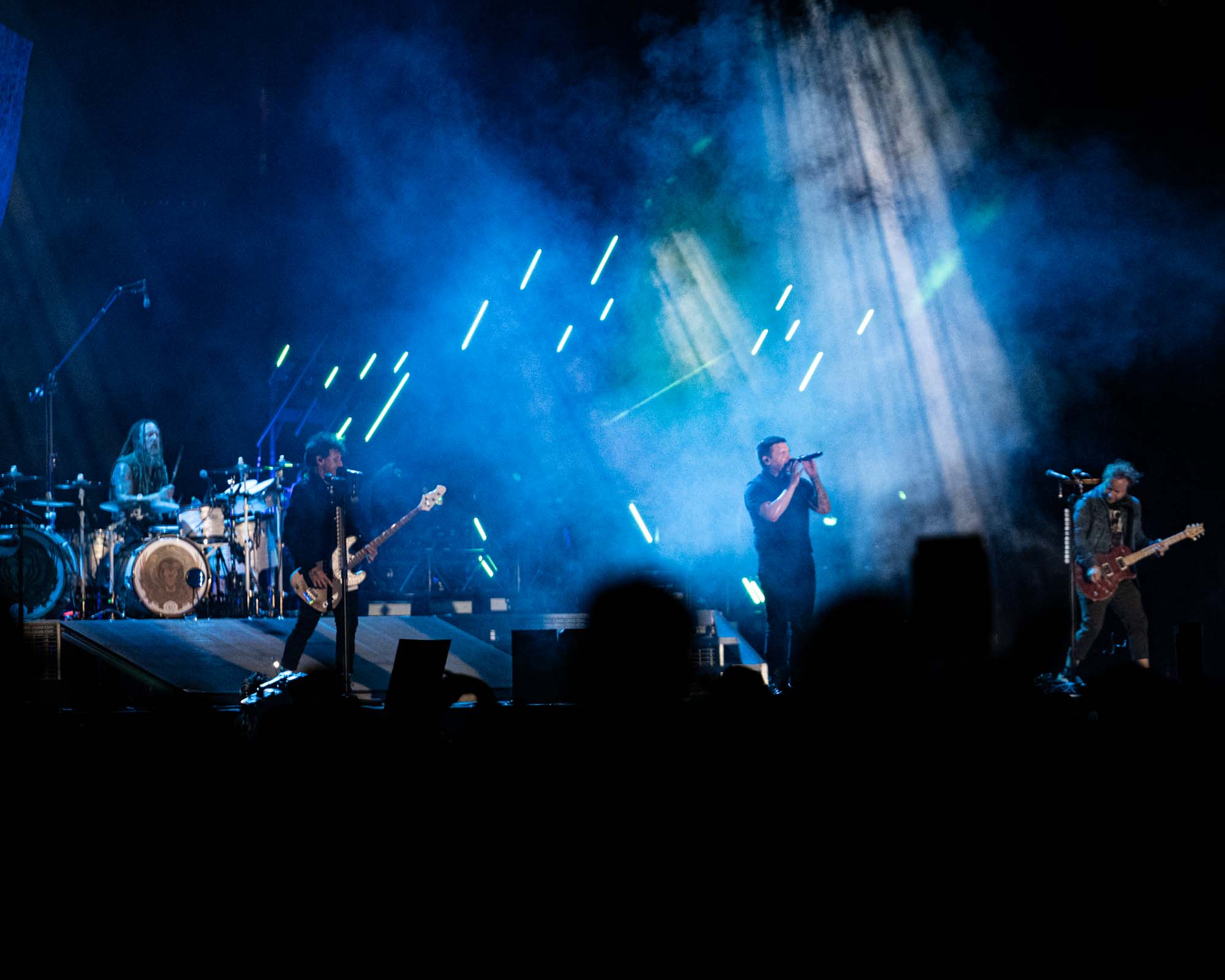 Shinedown rocked the Wind Creek Steel Stage at Musikfest in Bethlehem, PA on August 9th, 2021.  They were supported by country artist Kendell Marvel.  Musikfest is the largest, mostly free, music festival in the United States.  You can see hundreds of artists perform throughout the city during the 10 day festival.  Shinedown was set to perform last year, but the festival went virtual for 2020, many fans had been holding on to their tickets for nearly two years.  There were only a couple of single tickets left prior to the show so it was close to, if not sold out, by the time they hit the stage.

Opener, Kendell Marvel, was a name I had not heard before yesterday and many of you may not have either. I can assure you though, if you are a country music fan, you have heard music that he has written.  He has penned songs for artists such as Gary Allen, Jake Owen, Jamey Johnson and Chris Stapleton.  In 2017 Marvel started performing for himself with a residency at Nashville’s Exit/In.  He has released two albums to date, “Lowdown and Lonesome” and “Solid Gold Sounds”. 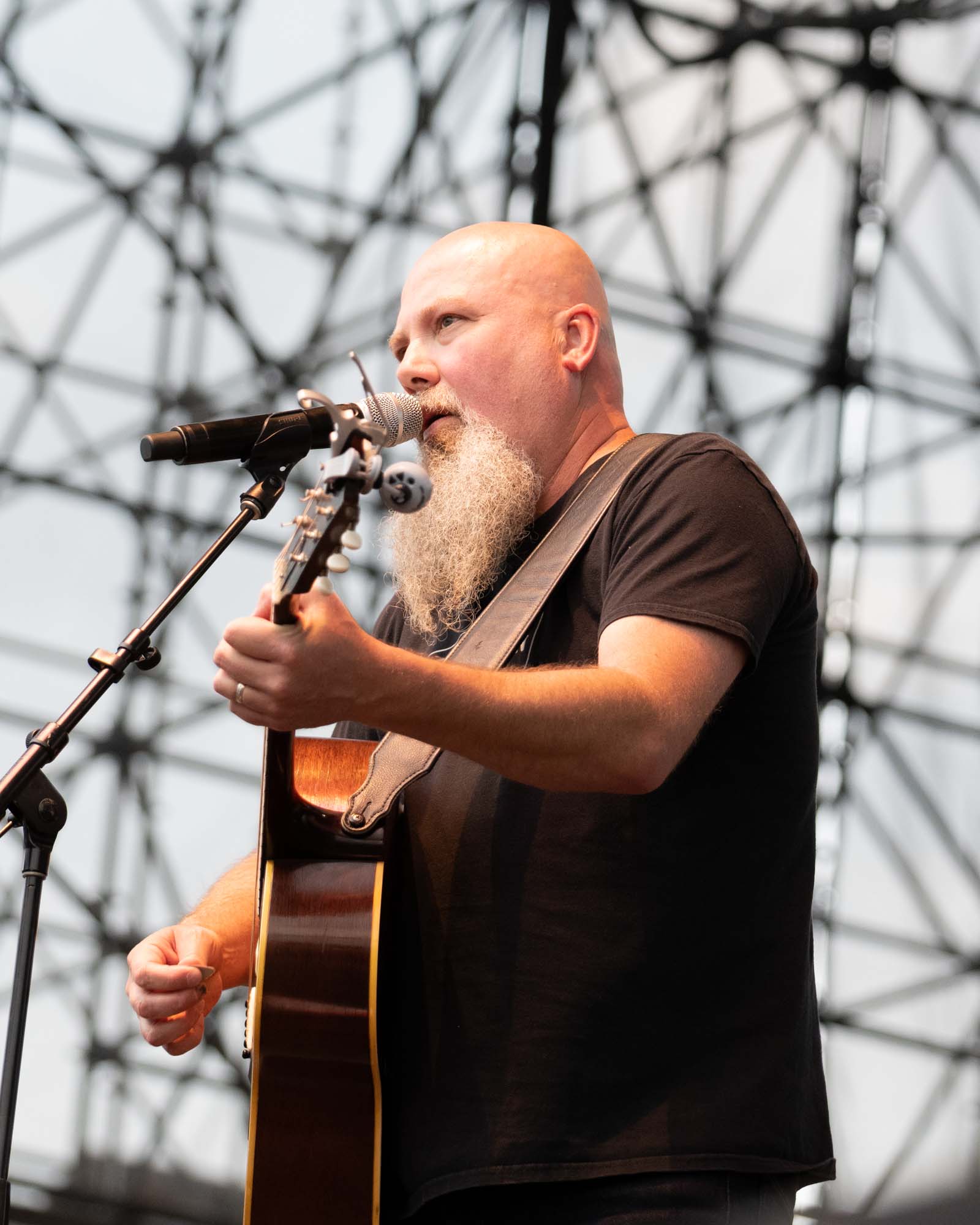 Kendell Marvel put on a hell of a show in front of a hard rock crowd.  Marvel was joined on stage by Jabe Beyer (guitar), Philip Pence (bass) and Brian Kilian (drums).  The best way to describe his music is traditional country with southern rock flair.  His voice brings you straight to the Honky Tonk’s that line Broadway in Nashville, TN.  He and his band commanded the audience for a 45 minute set.  They could have easily played for an hour and kept the attention of the entire crowd.  It’s not often that you walk into a rock show and walk out a fan of a country artist. 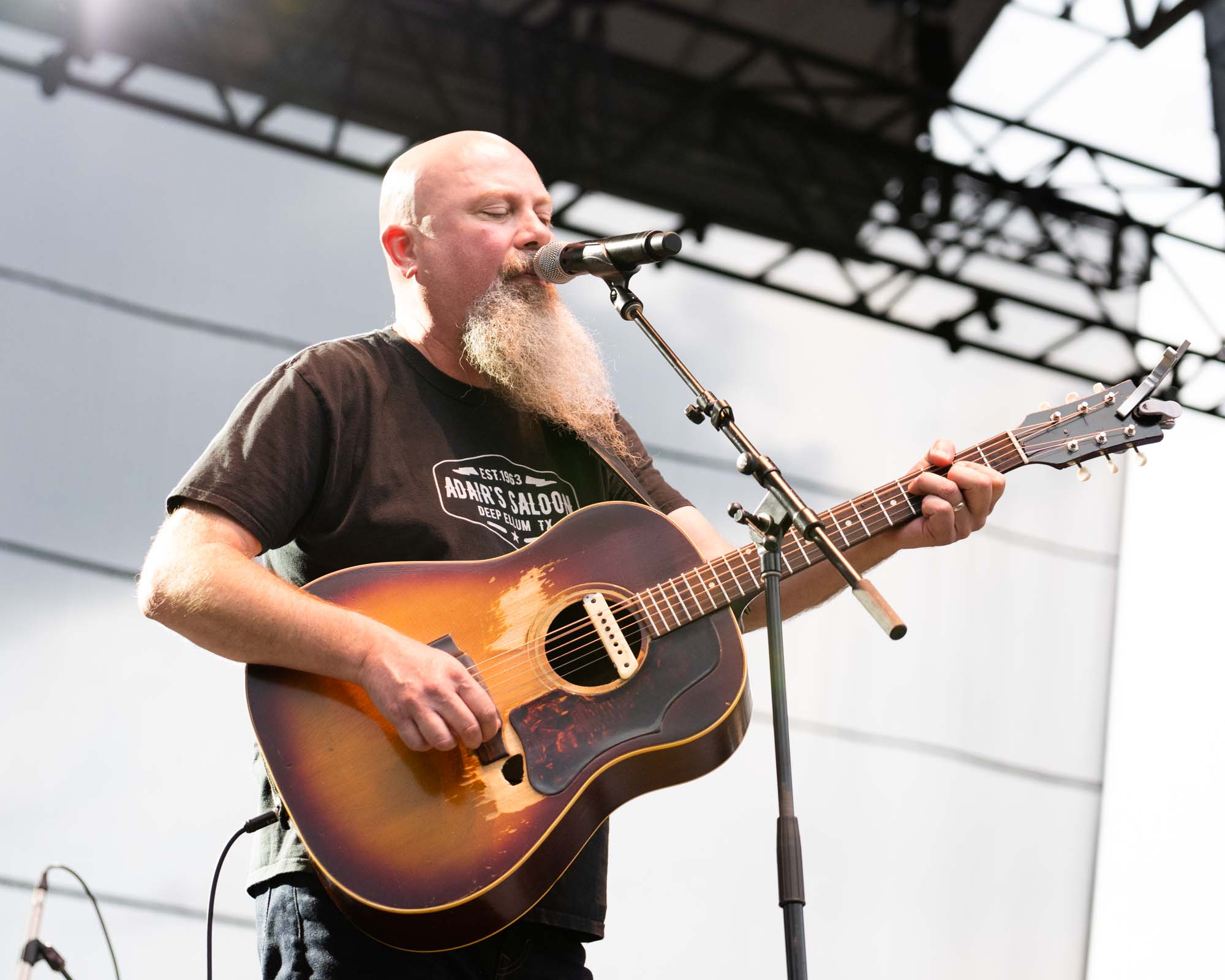 Shinedown are modern rock royalty. They have charted more number one hits on the mainstream rock chart than anyone else.  They consistently put out music that is radio friendly yet can fill an arena with their huge sound.  They are also some of the nicest people in the business.  Shinedown is led by Brent Smith on vocals, Zach Myers on guitar, Eric Bass on bass and piano and Barry Kerch on drums.  I have seen them perform many times over the years and I can easily say that this particular performance was the best that I have personally ever seen.  They are only a few shows into their current tour after being off for 20 months and their first show with Barry back on the throne.  I think the pent up energy of being off tour for so long ignited a renewed sense of purpose on stage.  They always have a go big or go home show but this one was somehow bigger.  They performed for about an hour and 45 minutes and somehow played nearly every one of their hits that spanned their entire career. 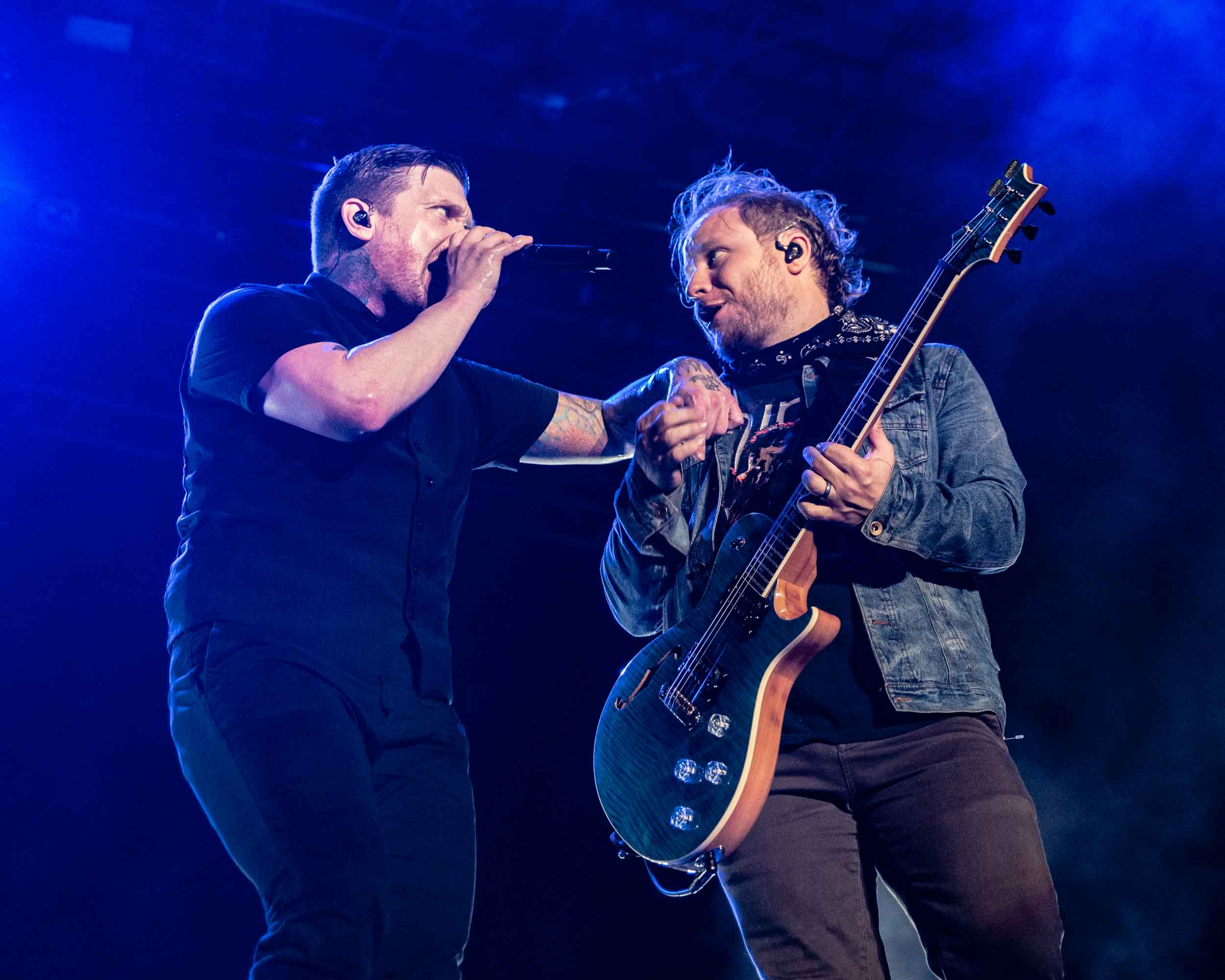 Shinedown hit the stage with a heavy hitting track, “Cut the Cord” off of their 2015 release “Threat to Survival”.  This performance set the tone for the evening.  Brent’s voice was in perfect form, and Zach, Eric and Barry emitted an insane amount of energy into the crowd. 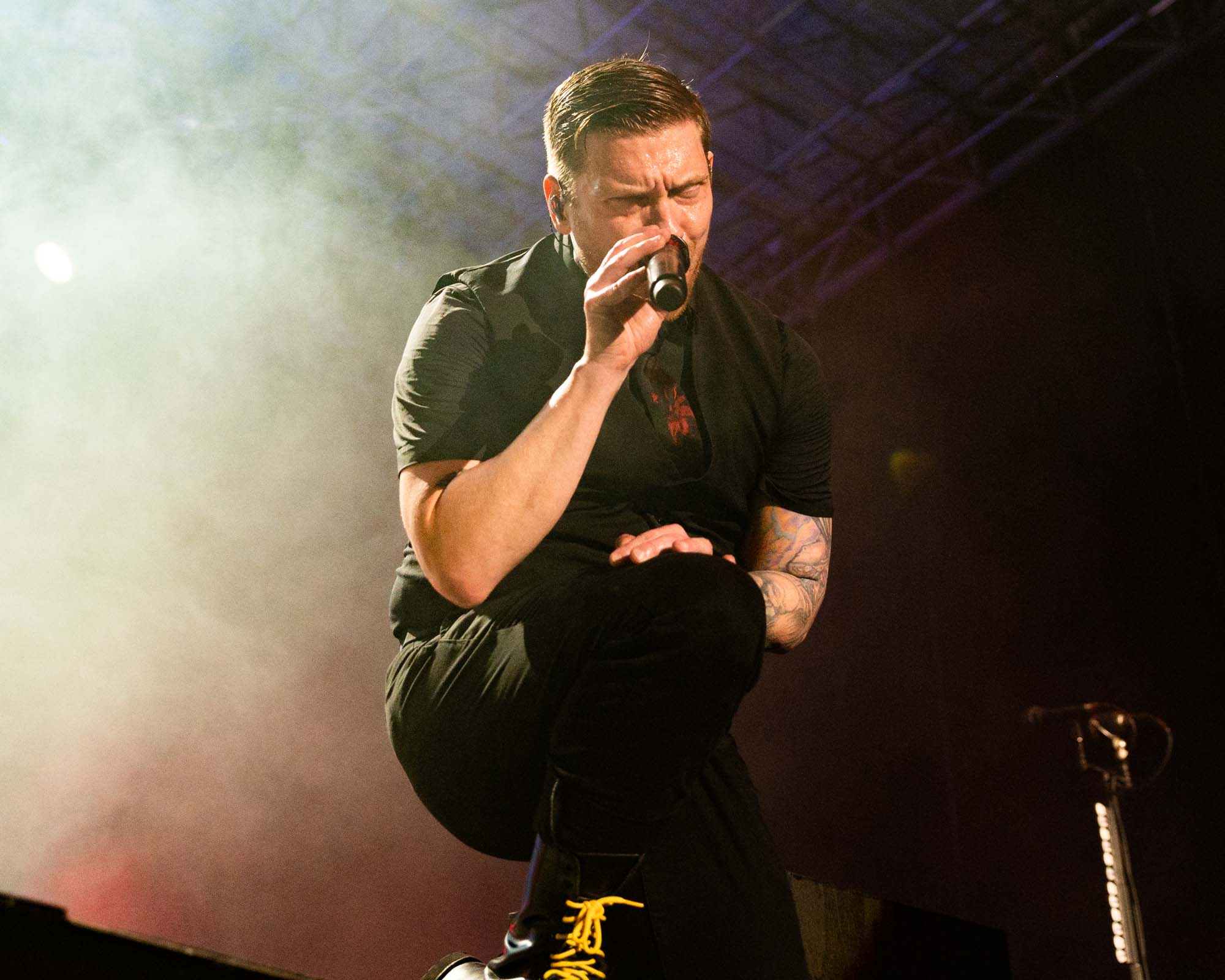 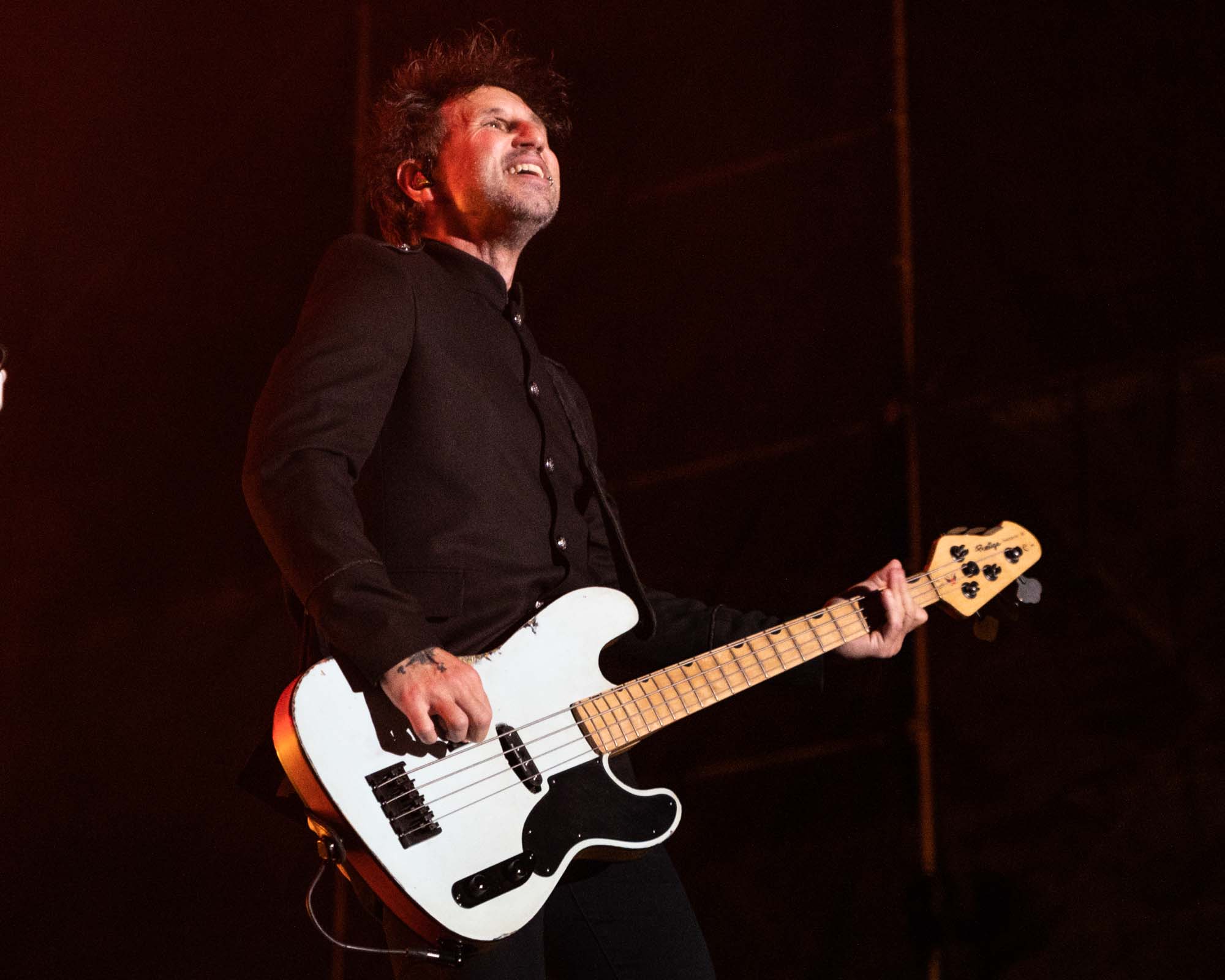 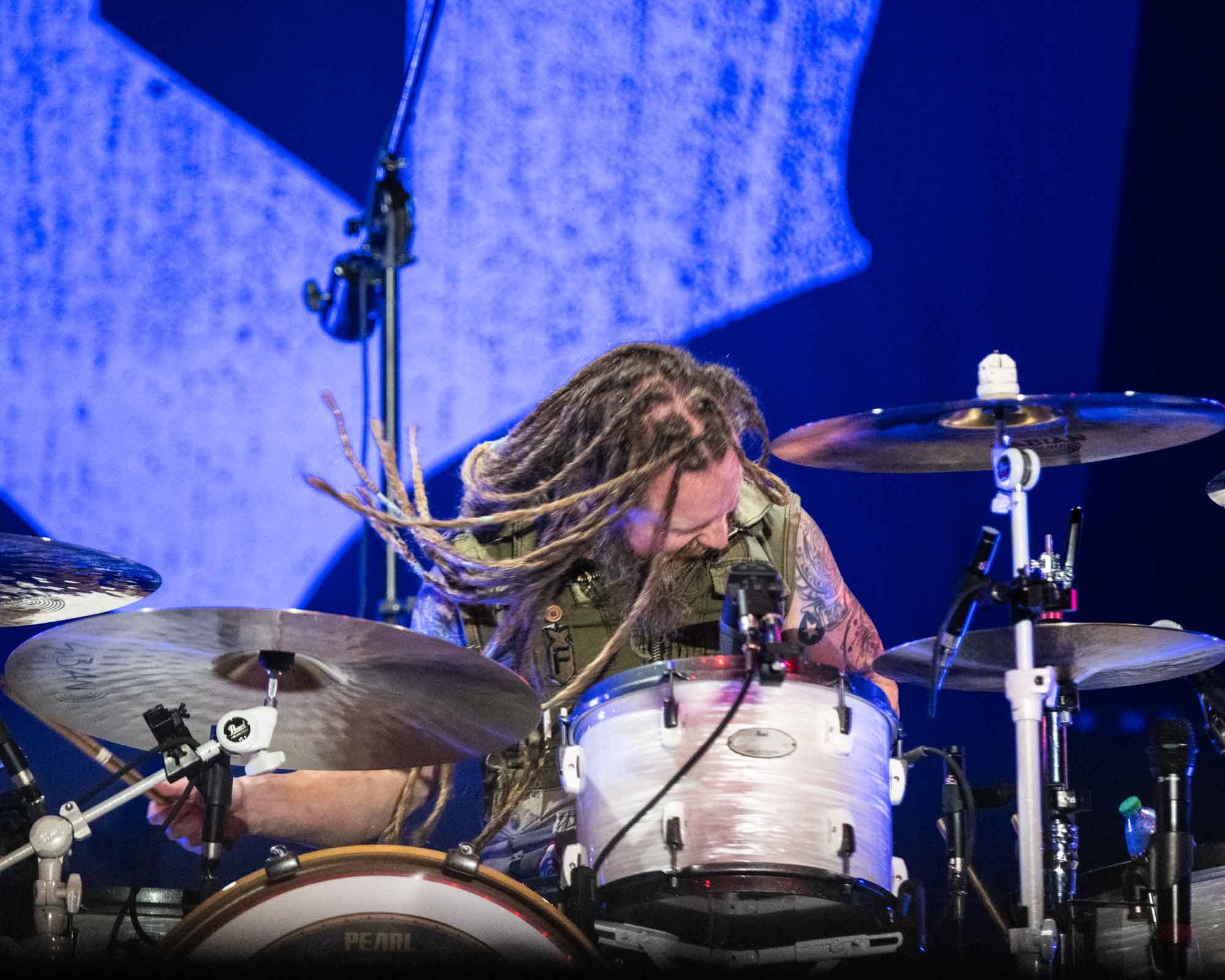 They took everyone back in time to several songs from their 2003 debut release “Leave a Whisper”.  First was “Fly from the Inside” which started out with Brent letting out a booming scream.  This song features a melodic riff, tight drums and a lot of strobe lights.  Next was “45” where Brent led then entire audience on a sing along.  The emotions during this song ran deep with several thousand people singing like they were all doing a solo.  Towards the end of show they did their cover of Lynyrd Skynyrd’s, “Simple Man”.  If you ask me Shinedown’s version of this song is probably the best cover out there. 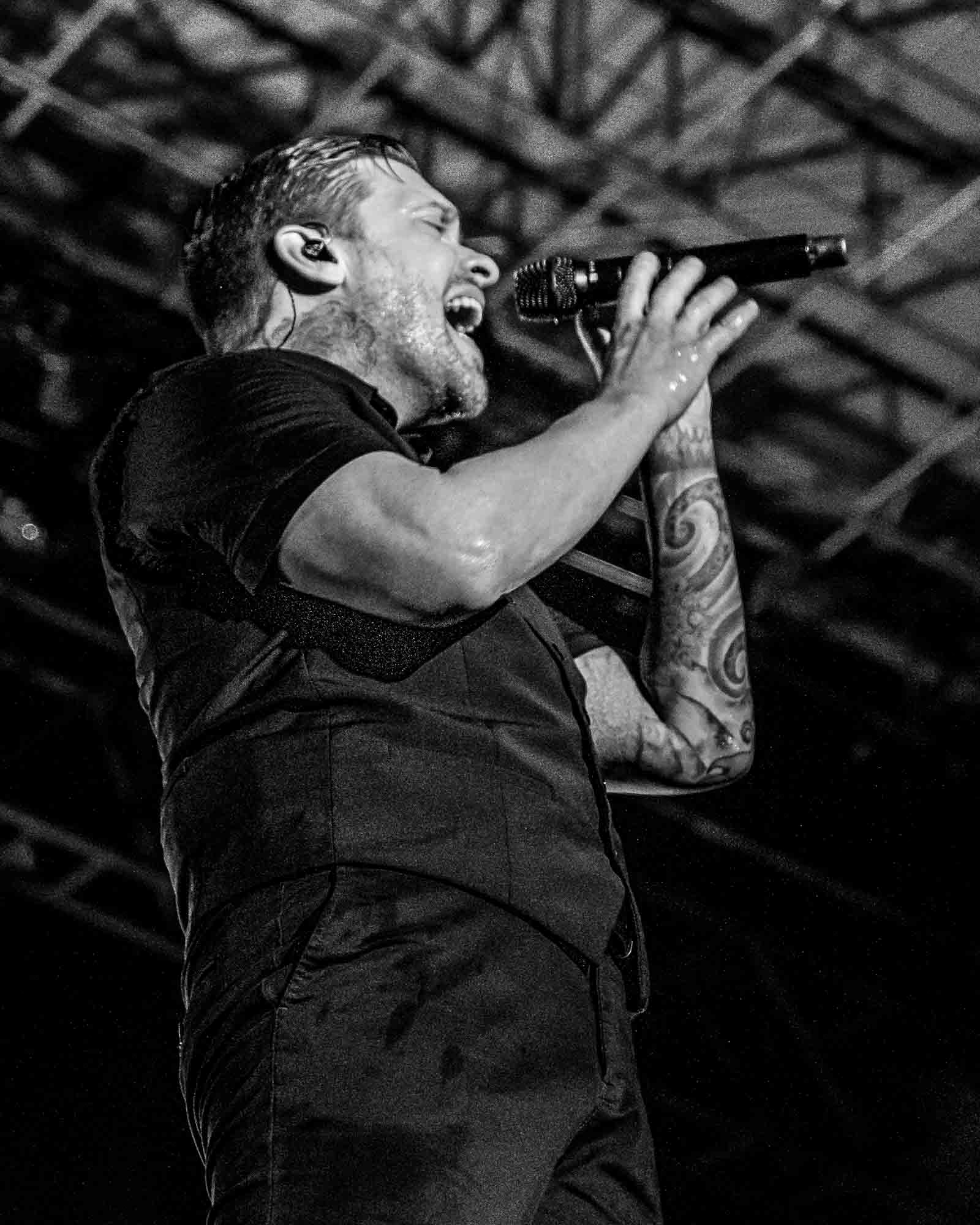 Halfway through the set Eric was featured on the piano for “I’ll Follow You”.  Brent’s vocals were as smooth as butter.  In today’s state of modern rock so many vocalists sound the same, Brent’s voice will always stand out.   Other notable songs were “Diamond Eye’s” which is always a huge performance, “How Did You Love”, and “Get Up”.  They closed the night with the “Sound of Madness”, arguably their biggest song. 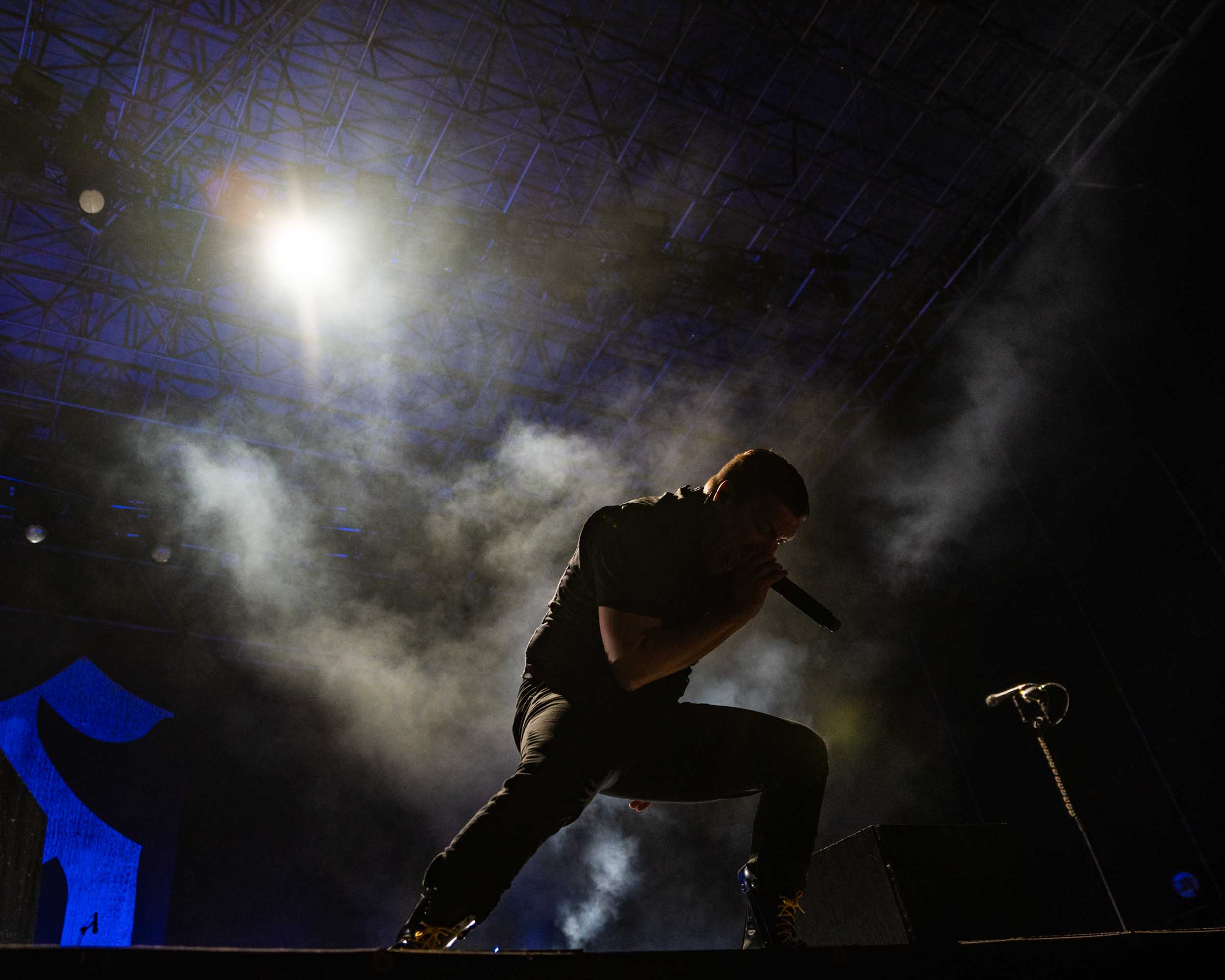 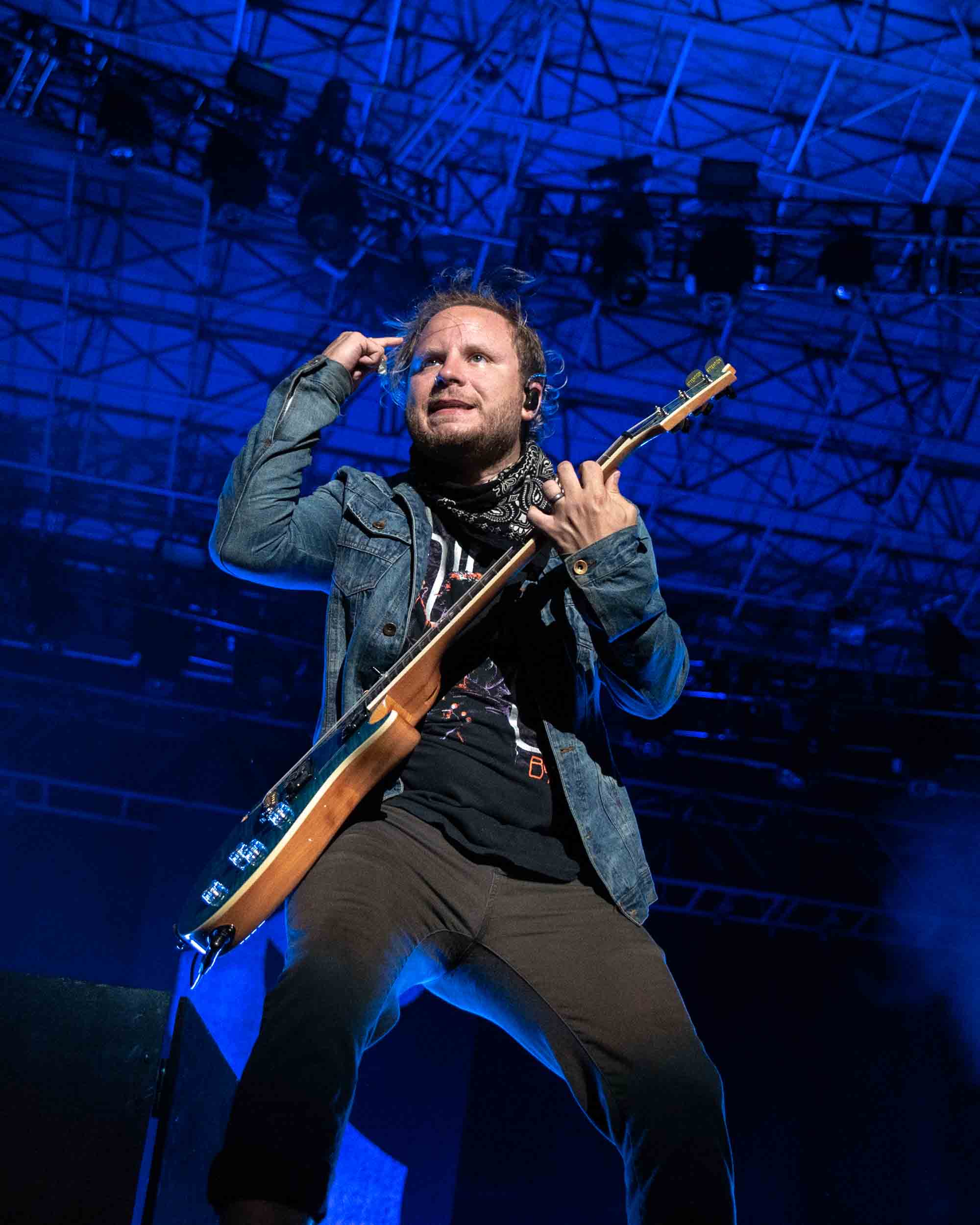 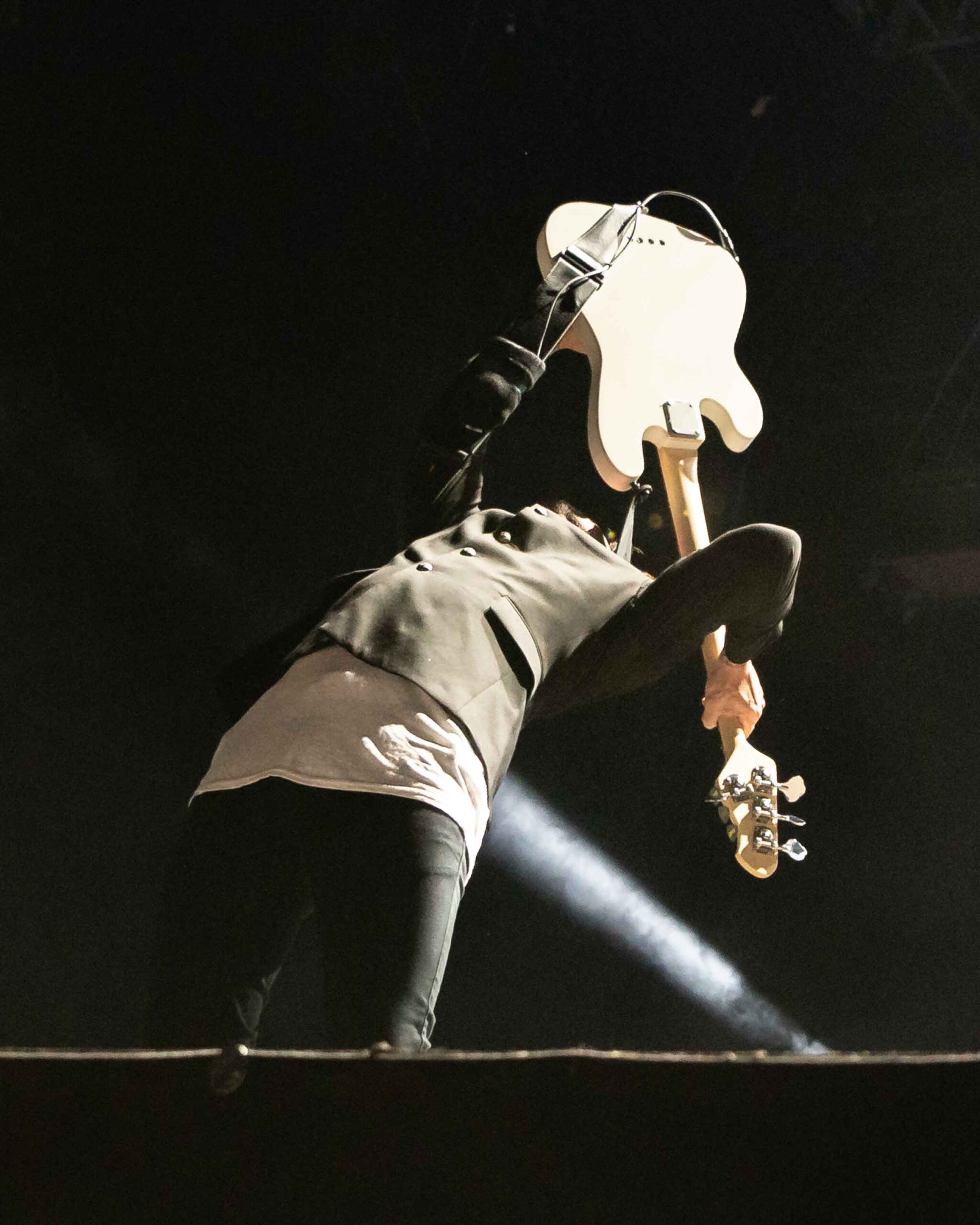 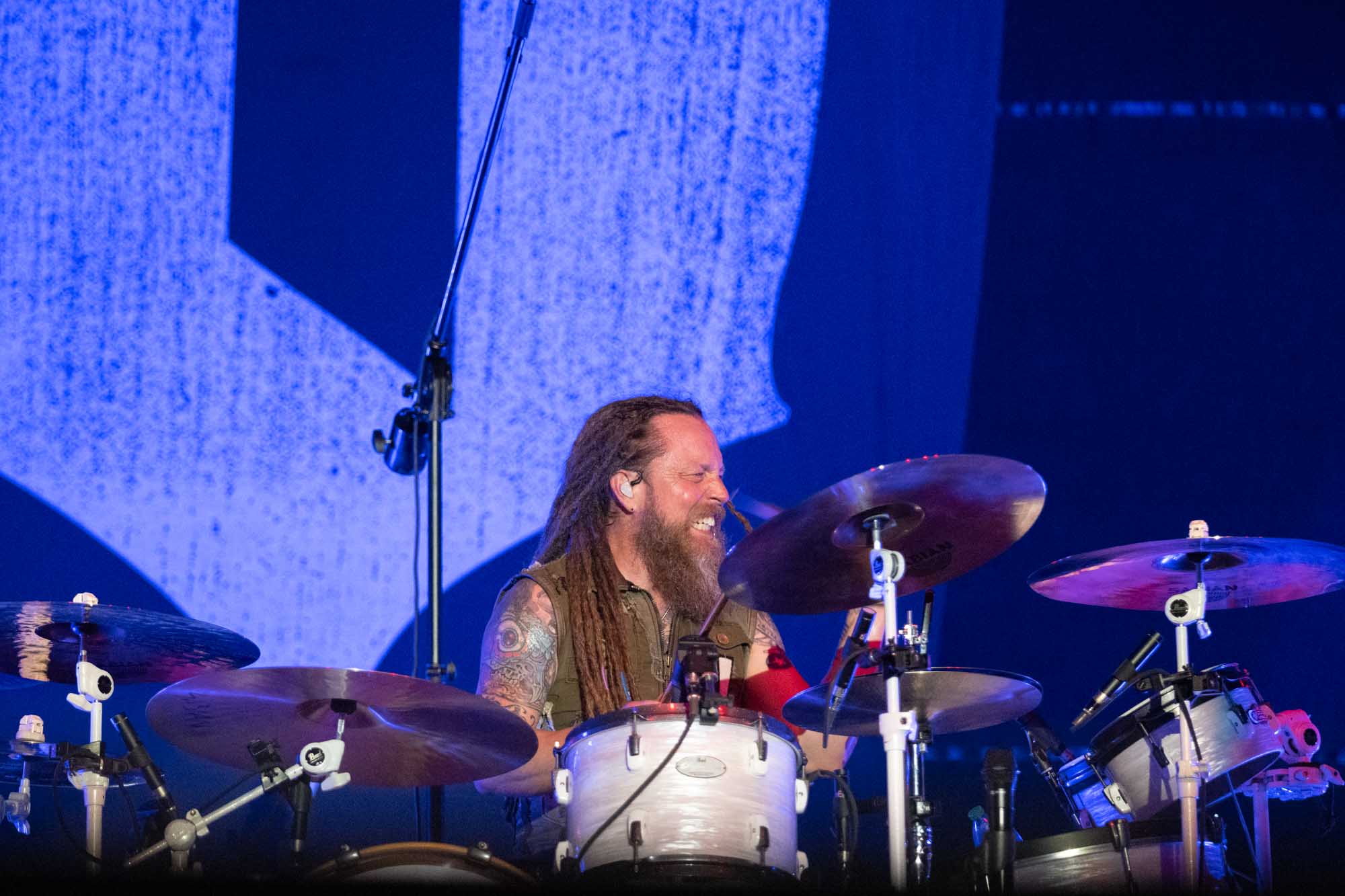 Everything on this night was perfect; the music, the crowd and even the August weather.  Live music was alive and well.  The crowd definitely left rejuvenated and ready to take on the world.