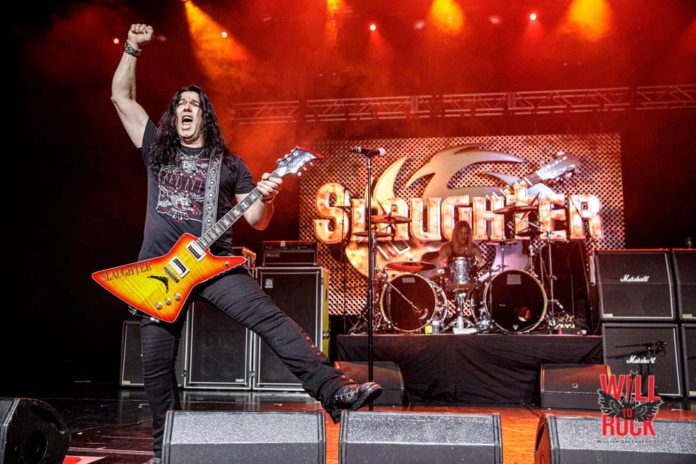 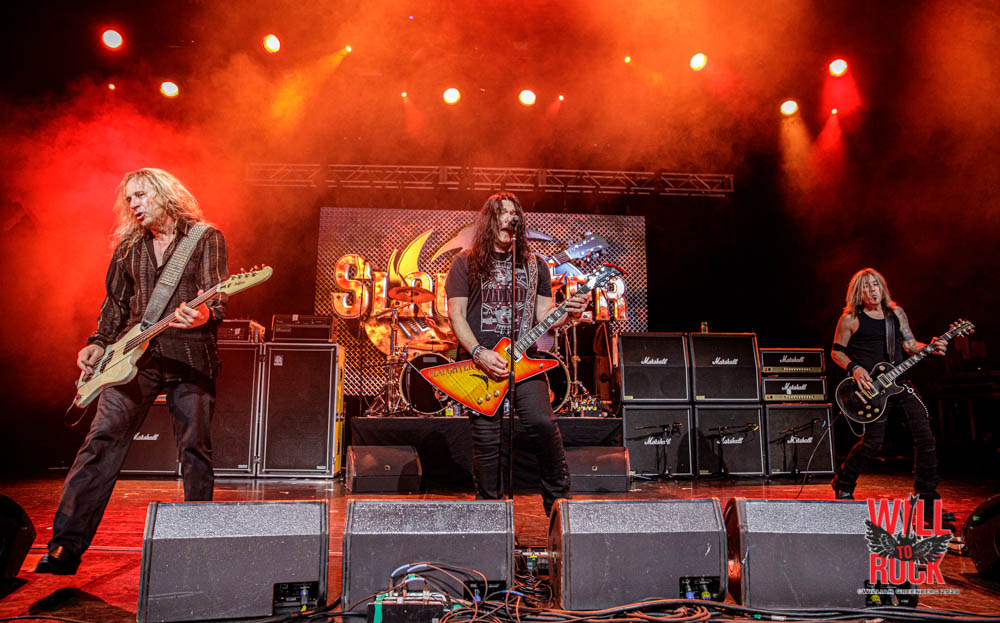 Slaughter were a crowd favorite for sure. My first time checking out the band and I enjoyed the hell out of it.  I was a bit bummed because the sound at both shows seemed a bit garbled for me. I felt a lot of Mark’s vocal’s got hurt in the mix. That said both shows were packed and had everyone singing as high as they could to match Mark’s range. 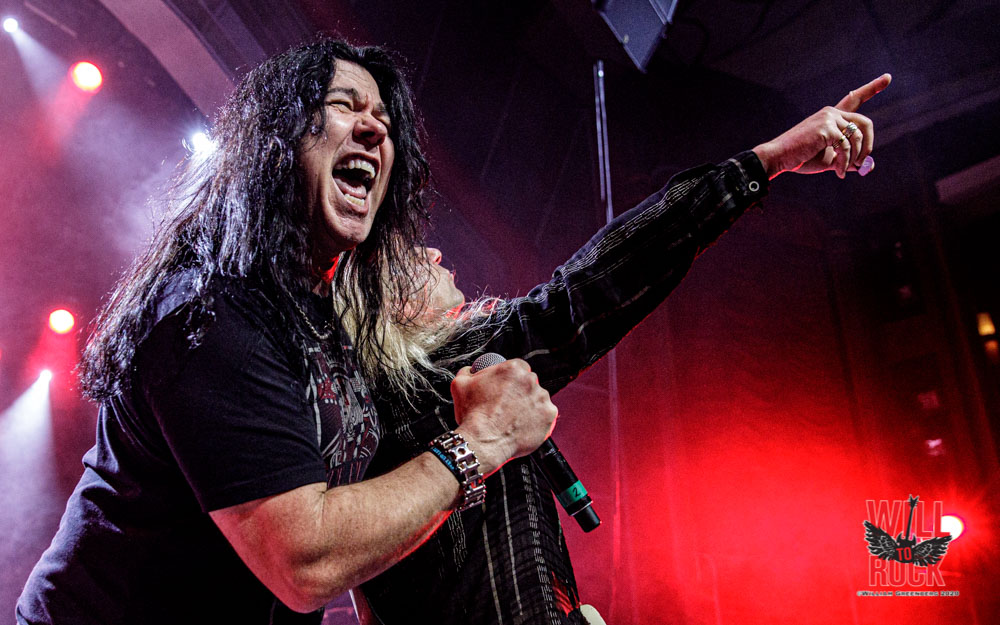 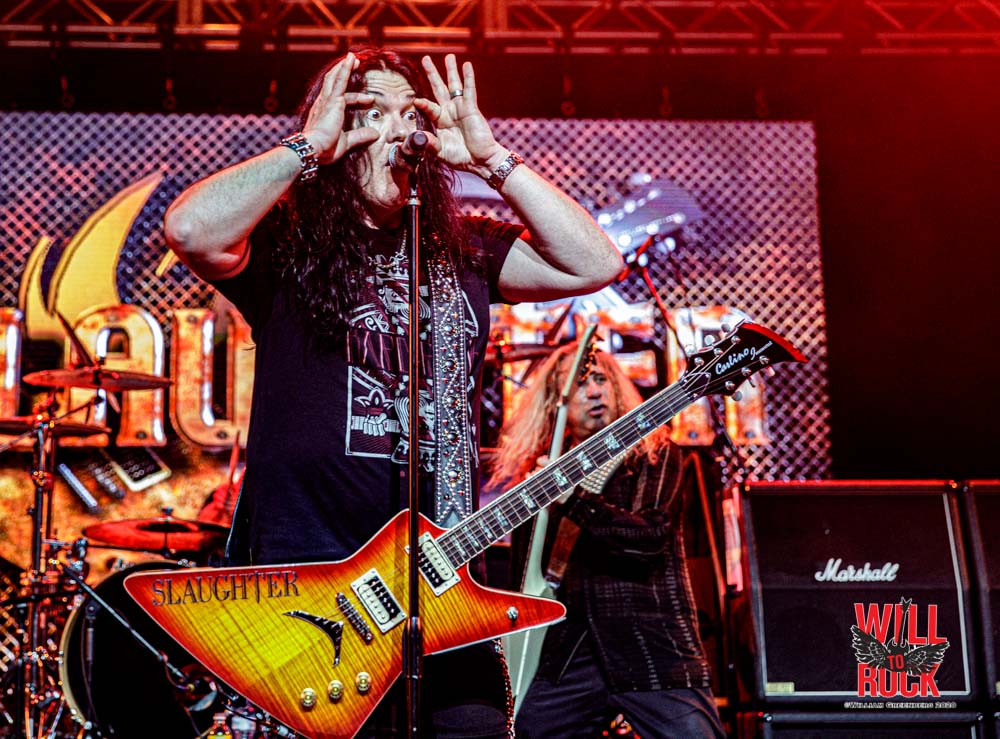 I saw Dana Strum and Jeff Blando playing with Vince Neil as recent as last year and man Dana must have been struggling to contain himself during those shows.  With Slaughter he’s unleashed. He was thumping away all over the stage bottom lip pouted out to full extension. Hugely entertaining! 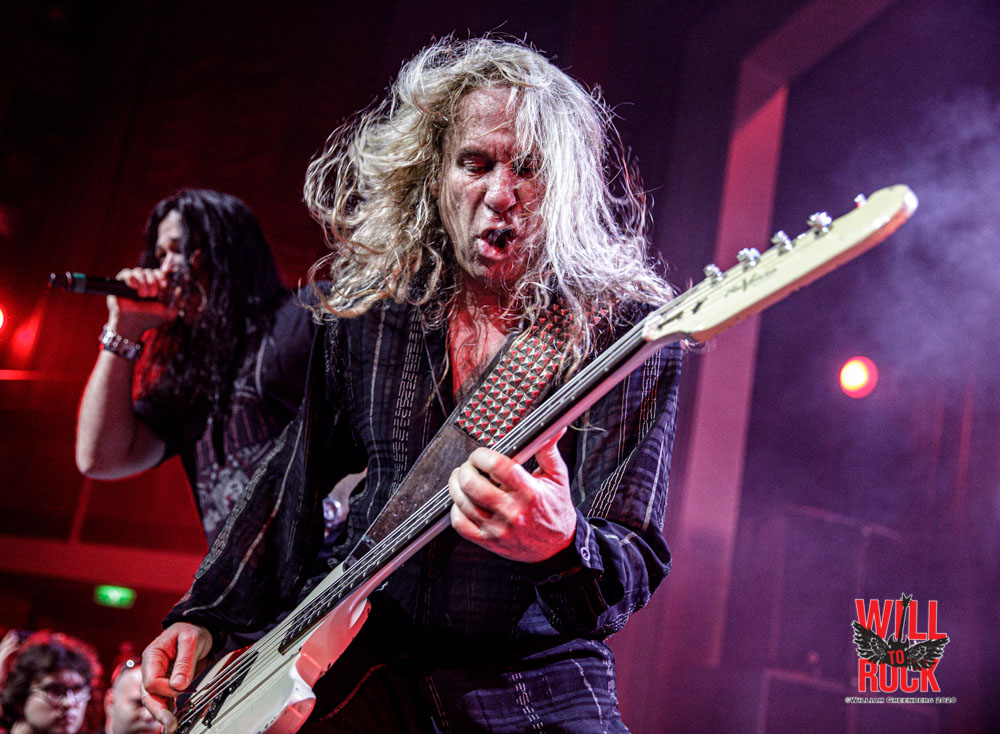 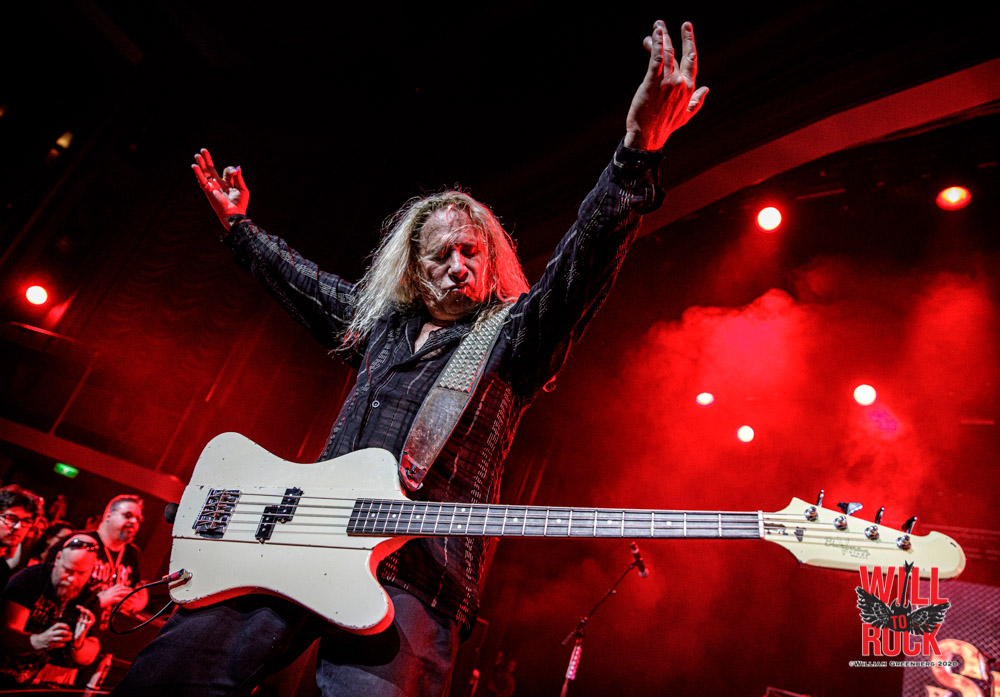 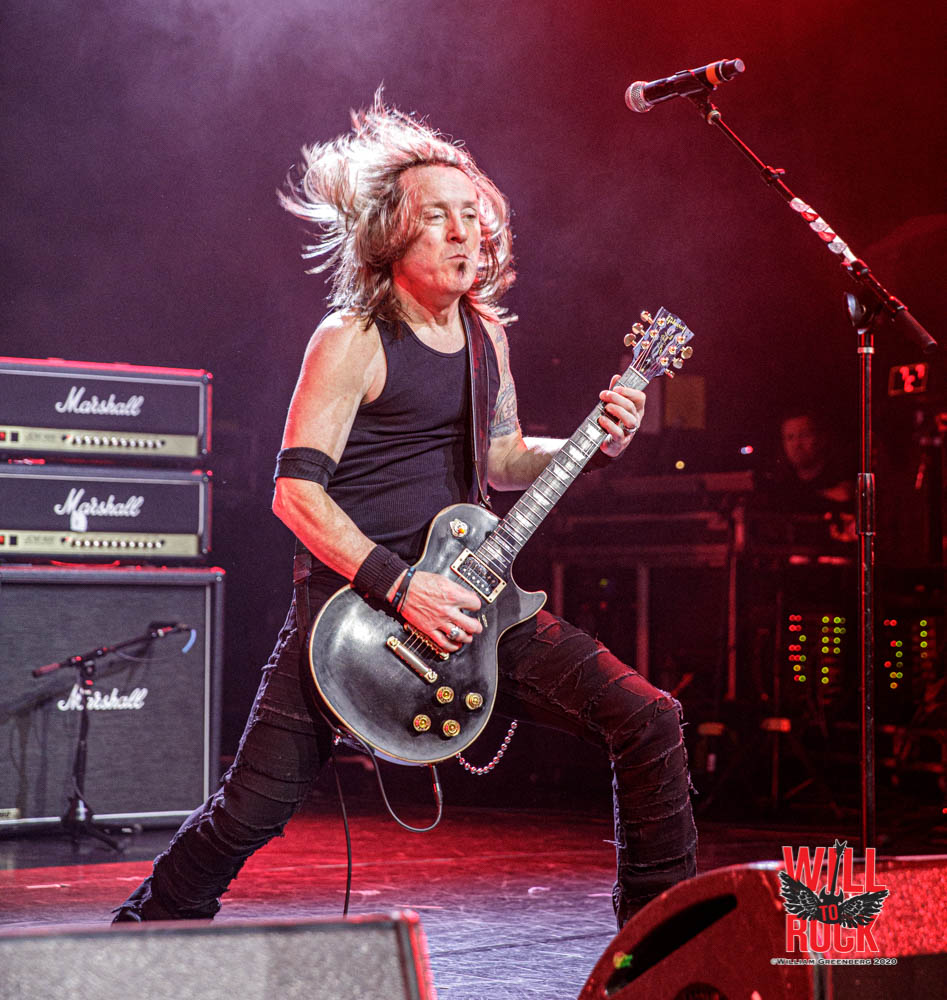 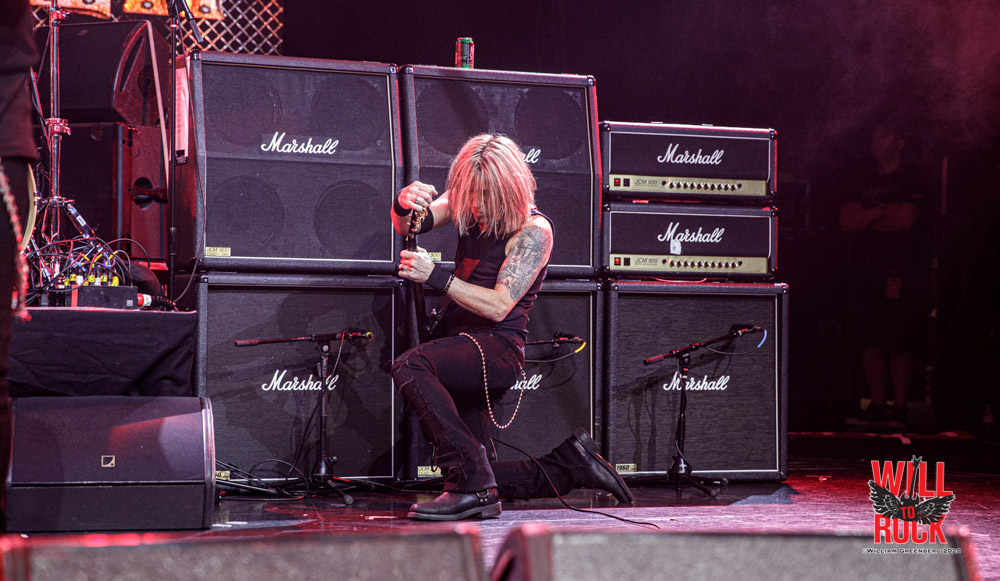 It was a surprise to a few to not see Blas Elias or or Zoltan Chaney, but Will Hunt (Evanescence) behind the kit…?! MAN, did he rock it!  Hair flips… stick twirls… Mark has made picking drummers an art form. 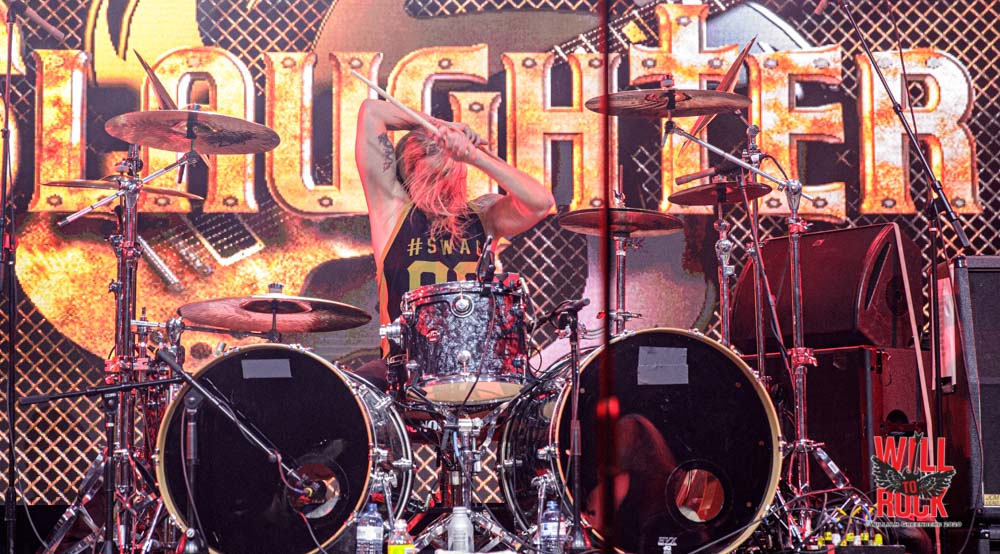 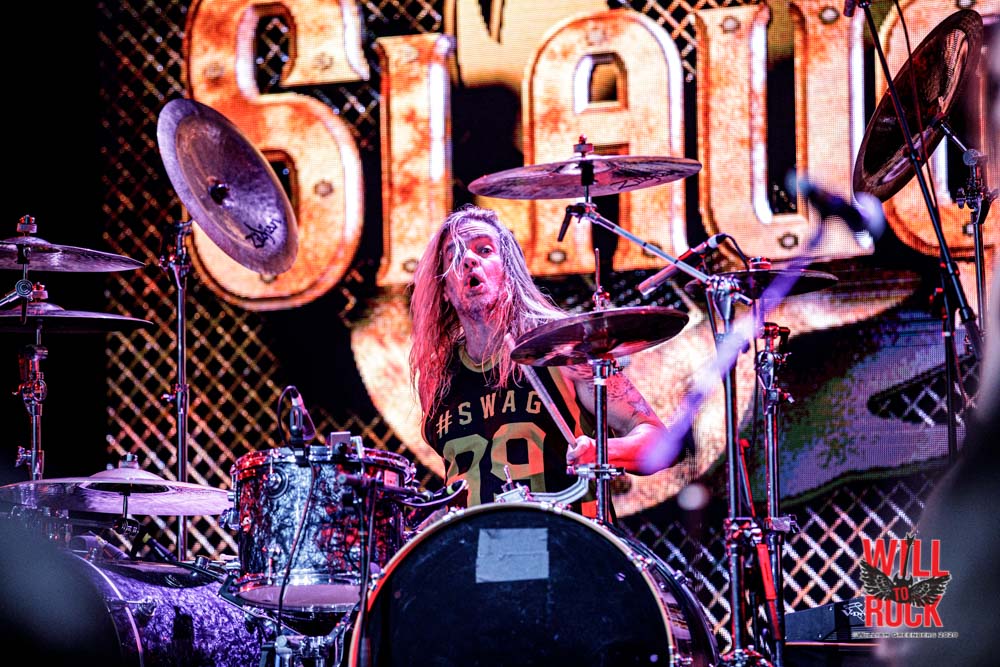 Mid-Set, Mark decided to take a tour around the Royal Theater up one side of the room and down the other, singing and snapping pictures along the way… 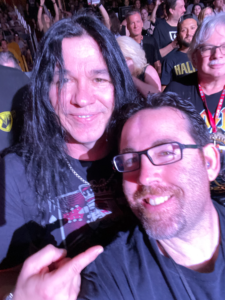 Great set list. Another really fun sing along show to tunes that I haven’t listened to in far too long 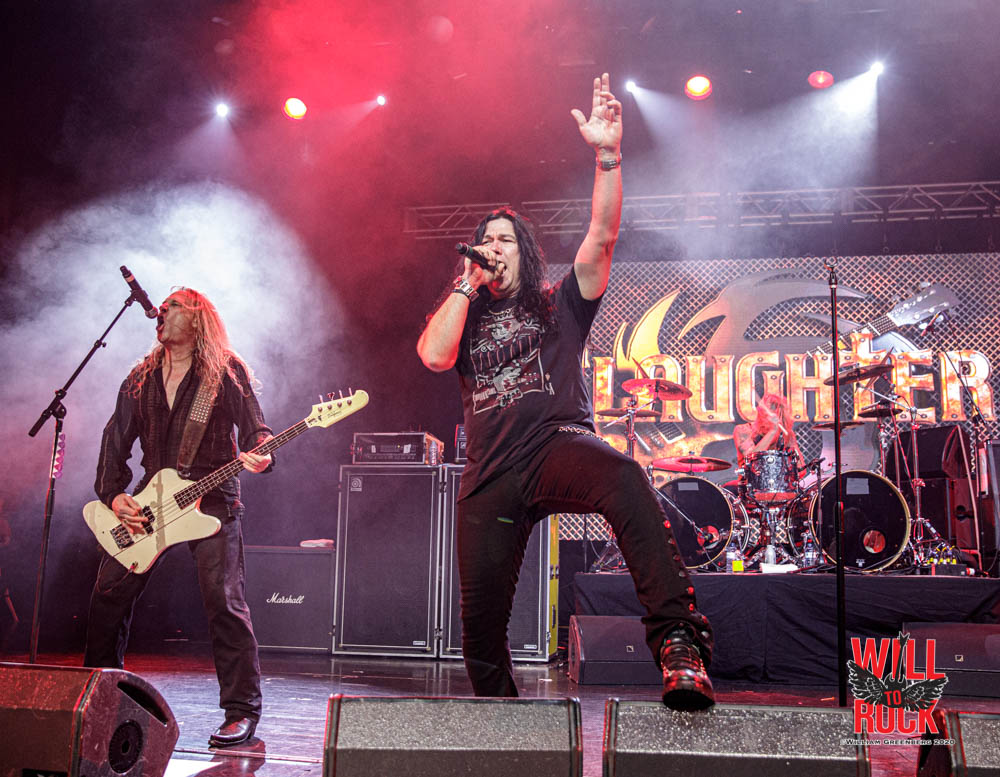 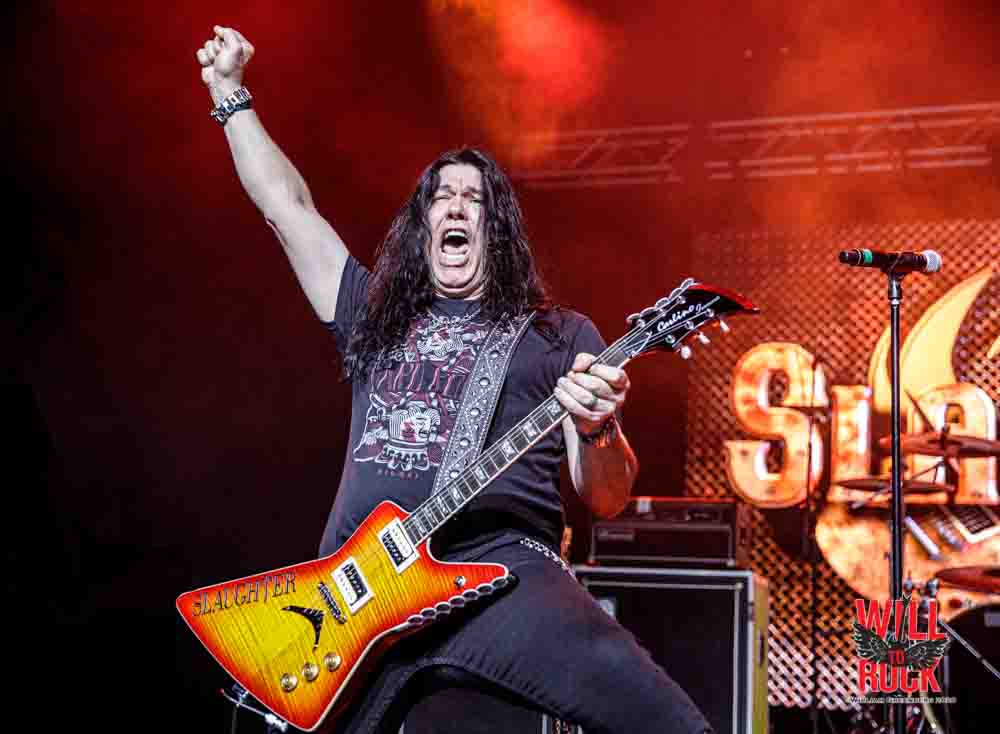 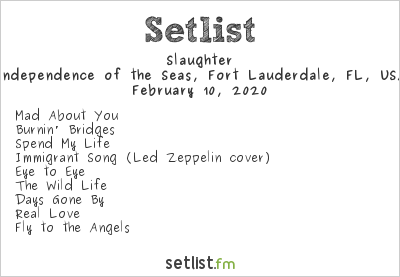 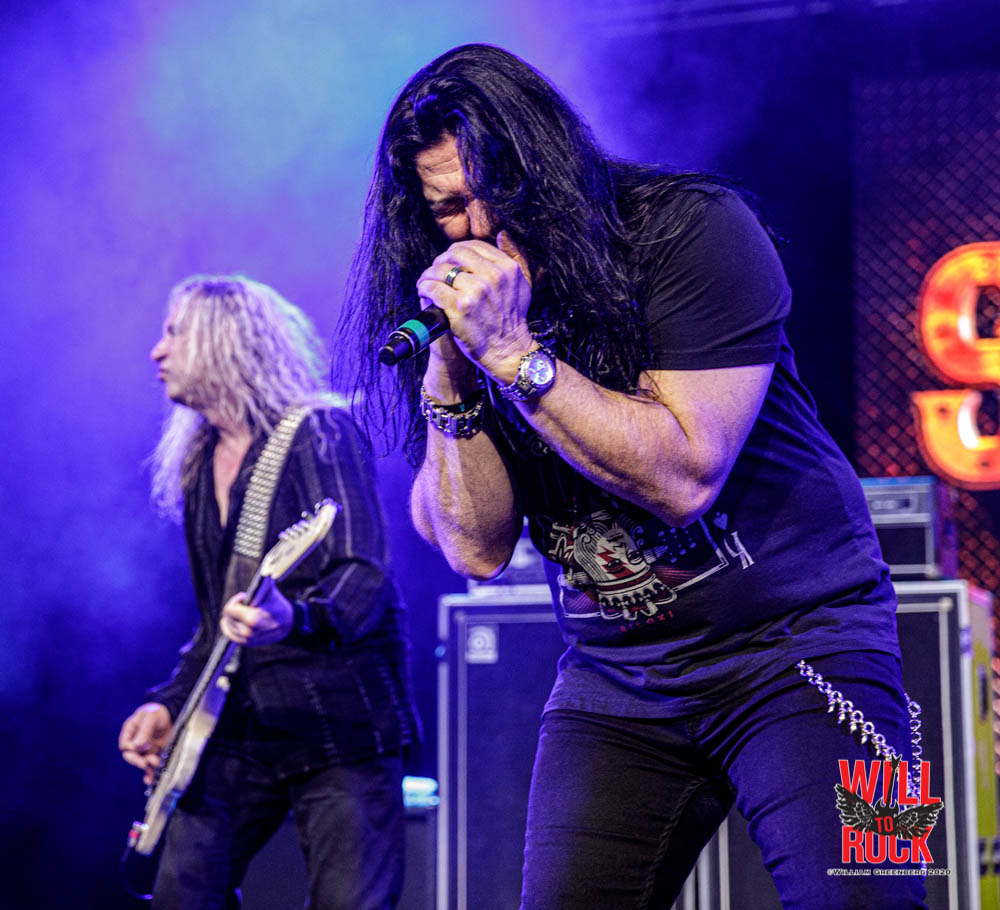 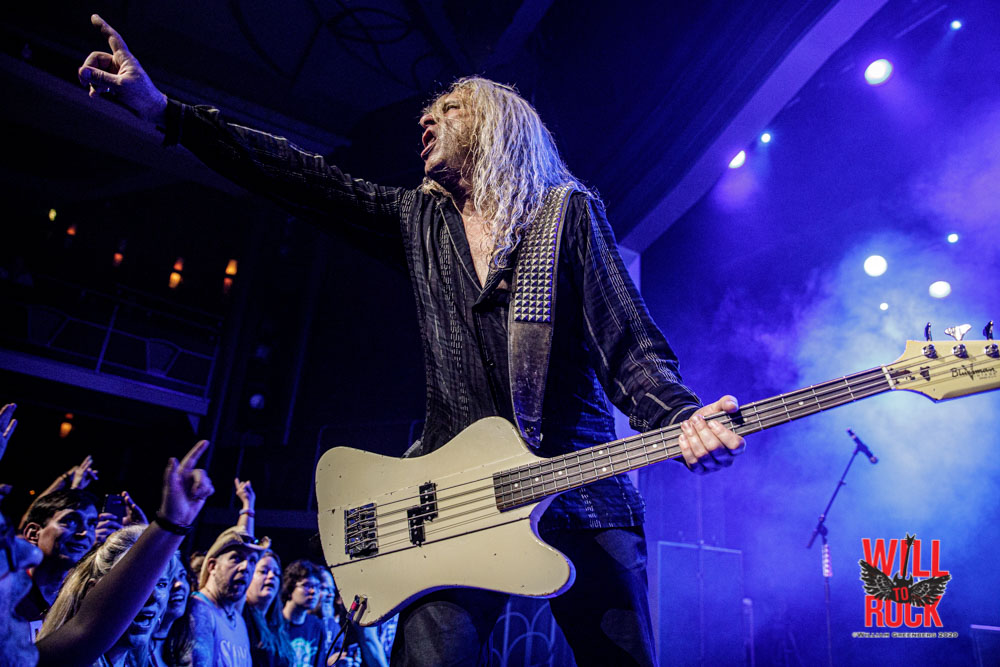 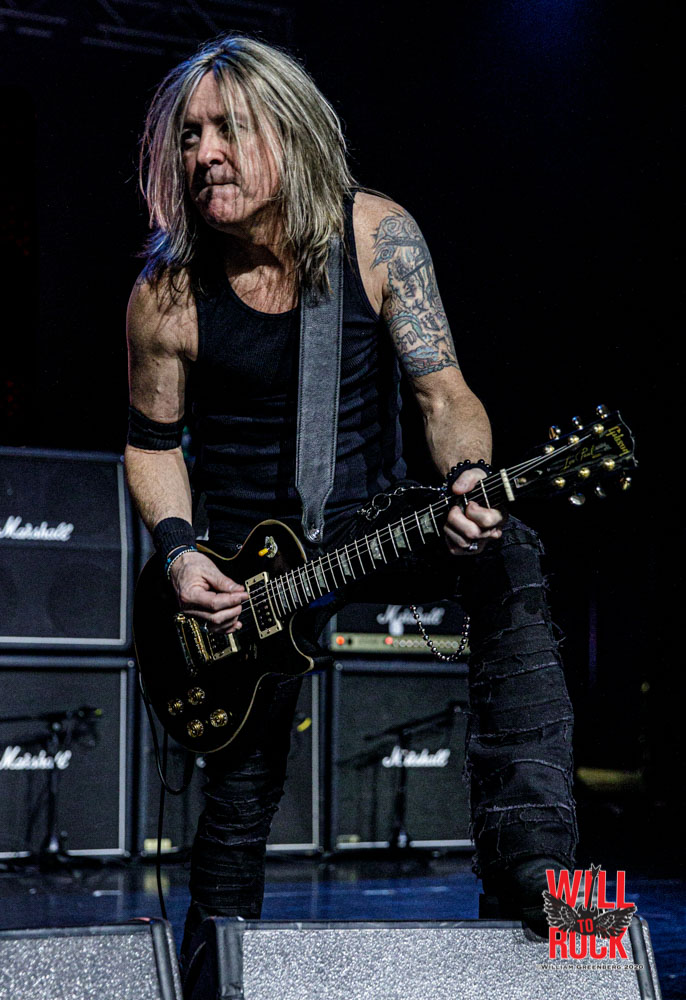 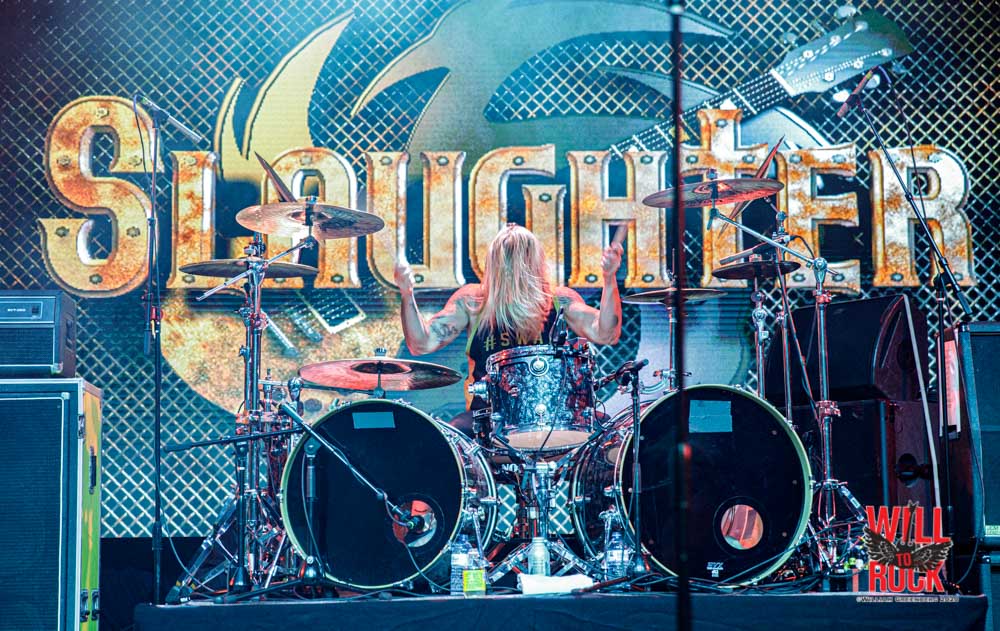 (But come on…Didn’t we all really want to see Blas behind the kit though?  He was RIGHT there!) 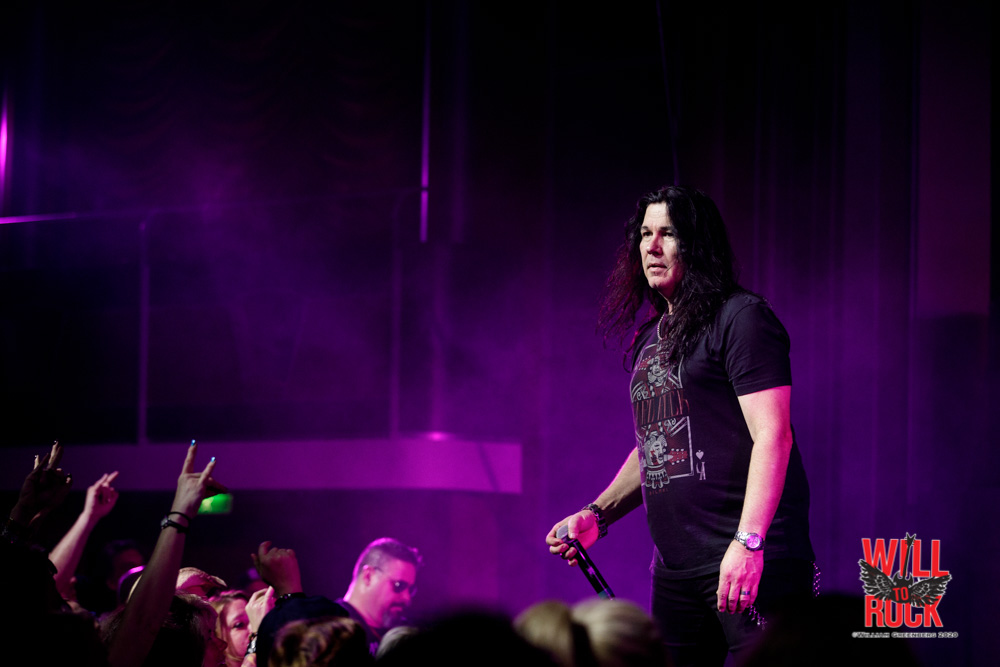 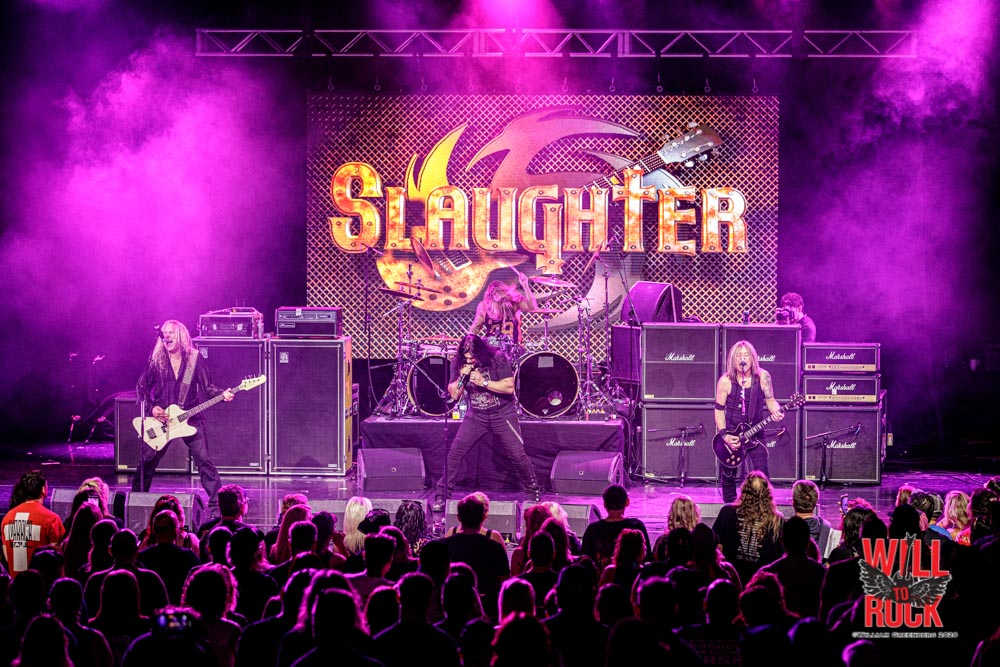