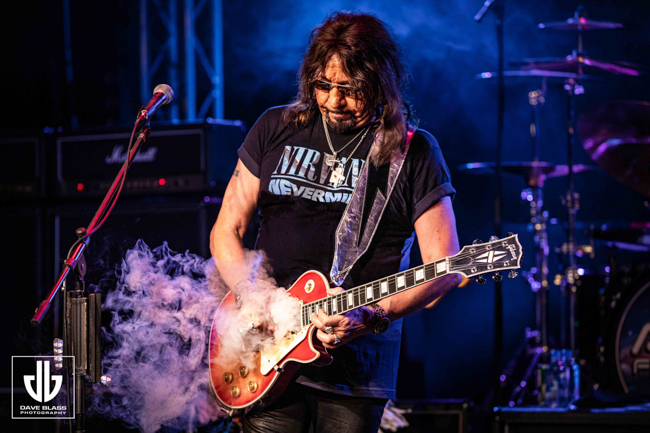 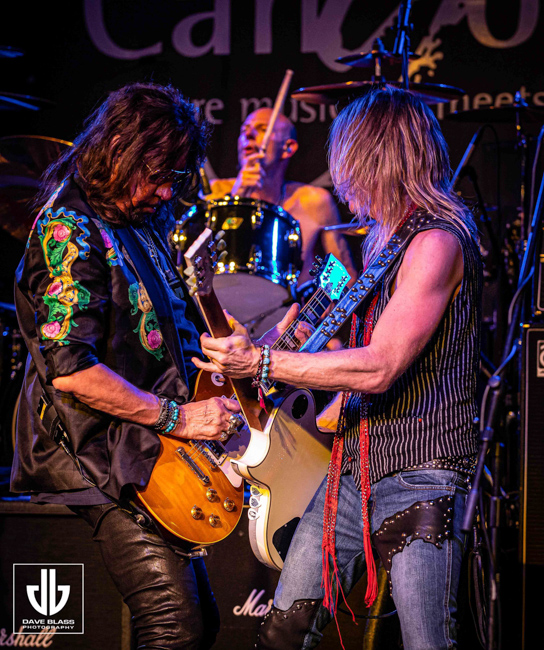 As KISS announces their “Final Show” of their most recent “Farewell Tour” the question of who will be performing, and the possibility of seeing the Original Lineup back on stage again is a trending topic.  Will Ace and Peter show up… will there be two guys wearing the Spaceman outfit?  Fans have been split about KISS continuing to use the costume and having Tommy Thayer basically play an Ace Frehley stand-in.   Tommy is a great guitarist, but he’s no Ace Frehley, nor was Vinnie Vincent, Mark St. John, or even Bruce Kulick.  With the exception of Kulick who clearly defined the Unmasked era for the band, the rest have been stand-ins.  Ace Frehley is one of the great original Guitar Heroes, and his stage antics helped elevate KISS to one of the most epic Arena bands of all time. 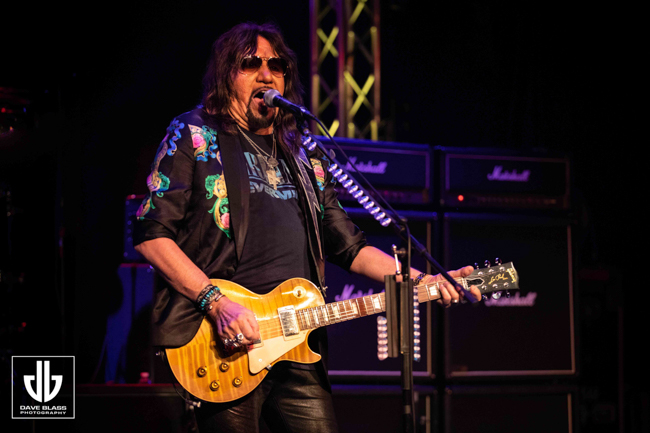 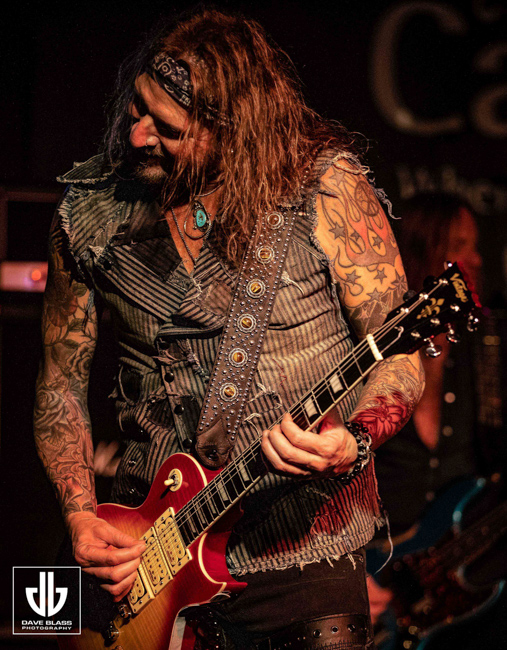 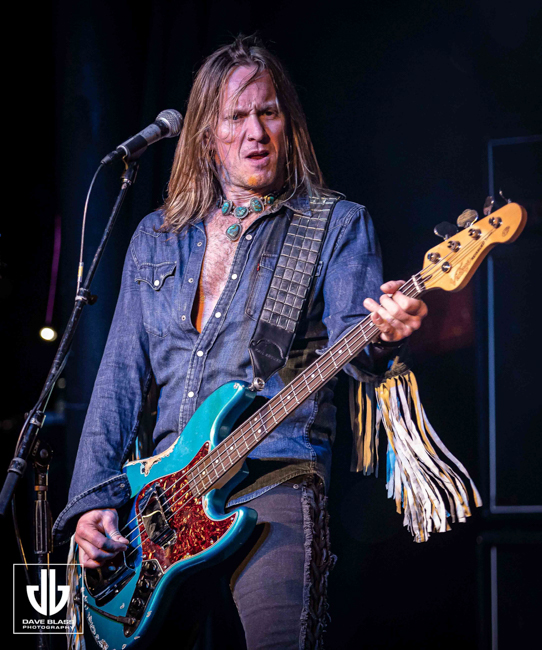 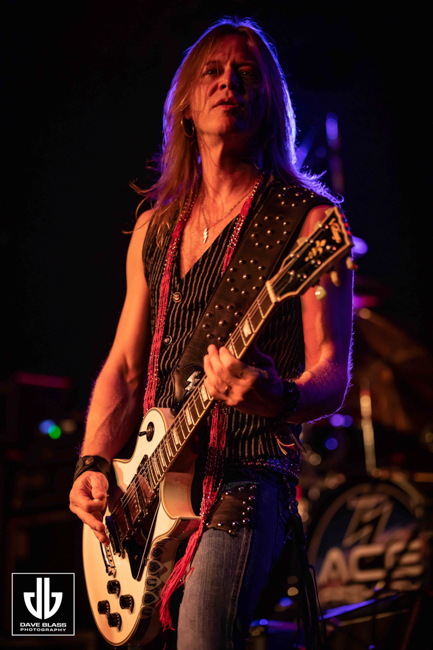 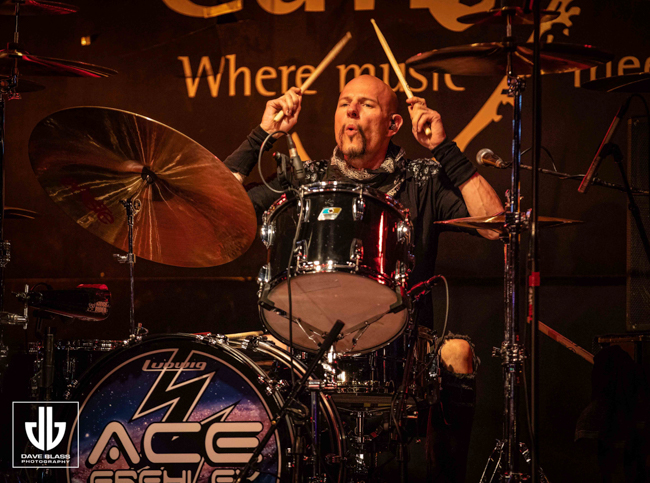 So seeing him play at The Canyon Club in Agoura was bittersweet.  Seeing an Arena rocker up-close and personal, is so cool but you really want that Arena presences.  Luckily Ace hasn’t slipped a bit, and has brought some back up for this new tour; and by backup I don’t just mean the giant wall of Marshall Amps. 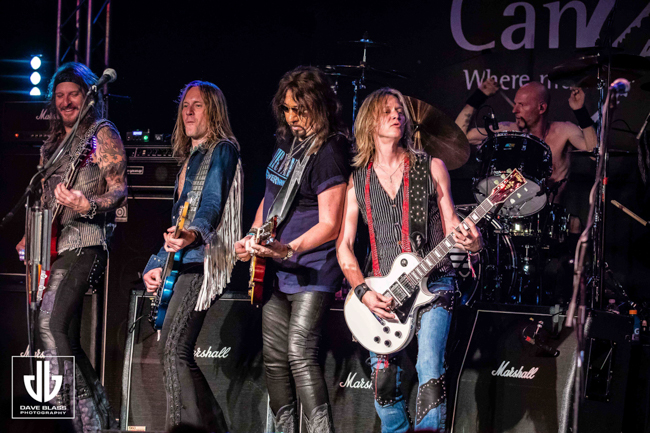 Ace’s vocals were never a highlight of his solo music, great riffs and catchy tunes were always what made his work stand out.   When they launched into the first song “Rip It Out” off Ace’s first solo album, I knew we were in for a good night.   Standing near the stage I could feel the first chords hit me.  It was THICK.  It’s the kind of crunch that you feel as much as hear.   That’s when I noticed that in additional to Bass Player Phil Shouse, the band featured Ace and TWO more guitarist.  Jeremy Asbrook who should be cast as Randy Rhodes if there is ever a move and Ryan Spencer Cook were all in sync with Ace as he took the stage by storm.  The seated audience was quickly on their feet and by the time they launched into “Parasite”, it quickly became one of the loudest concerts I have seen at that venue.  The combination of the trio of guitars and Matt Starr’s thundering drums just blew the doors off the venue. 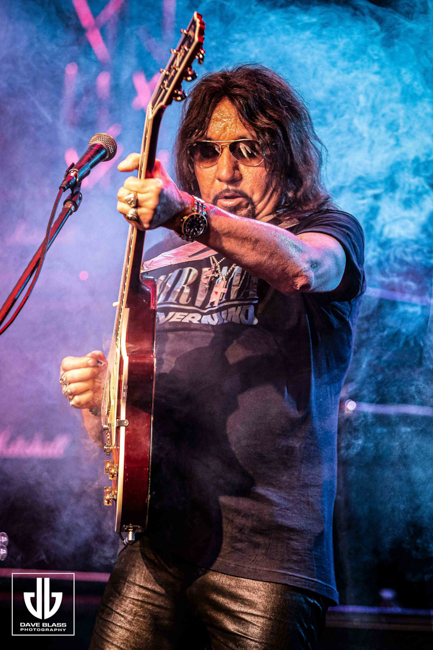 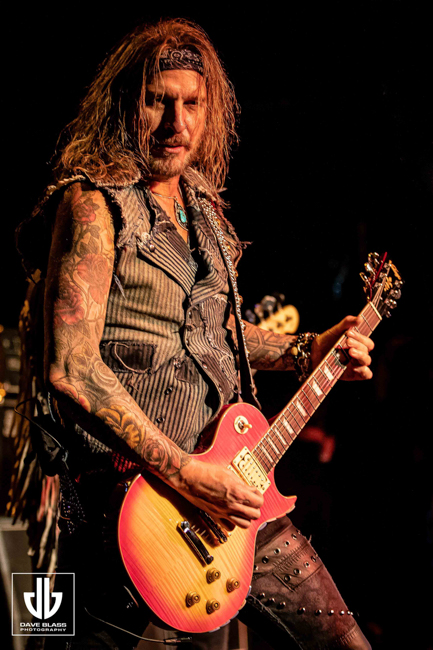 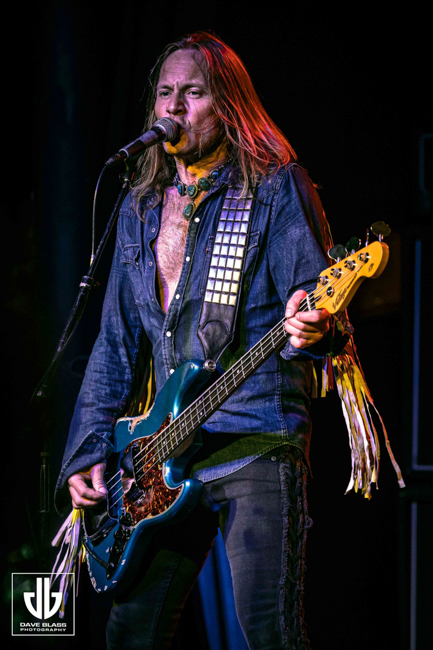 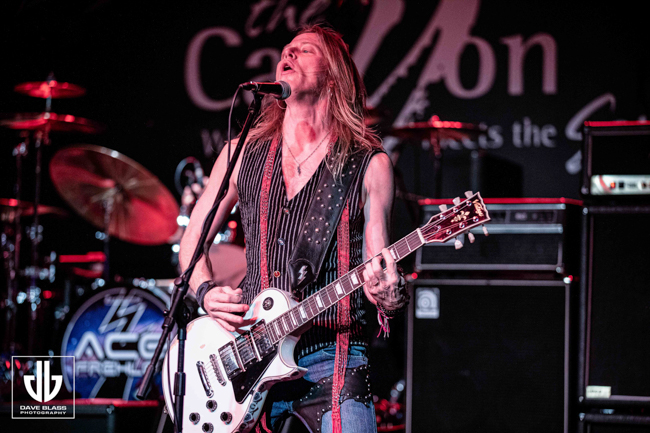 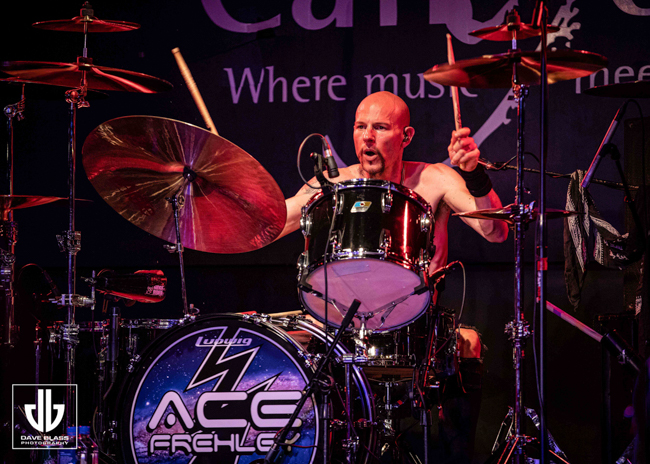 The set-list stayed firmly in the KISS era with the exception of “Rock Soldiers” from ’87’s “Frehley’s Comet” album.  The vocals were nicely split within the group with everyone taking a few songs.  Phil Shouse’s version of “Love Gun” and Jeremy Ashbrock’s  “Strange Ways” were standouts.  Ace‘s raps in-between songs showed that he hasn’t changed his New York ways and spoke often about heading back to the East Coast to the New York Groove.   He referenced the other KISS members in introductions to various songs without a hint of animosity, so those holding out hope of seeing him back with the band might get their wish. 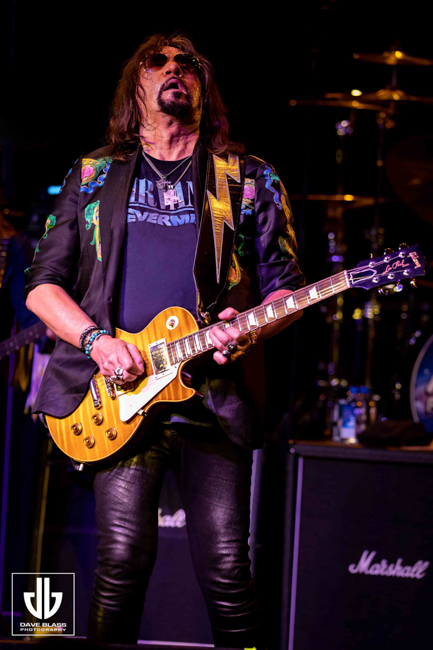 I for one just wanted to see him rock those amazing Les Paul Guitars that I had seen from the cheap seats… note, we were all in the front rows.  First came the Gibson Les Paul TV that back in the day was illuminated by 1,000 little incandescent light, now re-worked into LED lights.  The beat of “New York Groove” synched to the chasing lights across his guitar showcases why Ace has been such a guitar icon for 45 years.  It’s the musicianship matched with his showmanship and style, and it was all on display.  To think that back in the day Ace would just light a smoke bomb that was stuck in his rhythm pick-up and make his guitar smoke.  Now it’s all more high tech and yet no less impressive as he slides into “Shock Me” and the smoke starts pouring out of the classic Les Paul.  His Solo was followed up by KISS favorites “Cold Gin” with an encore of “Detroit Rock City” and “Deuce”. 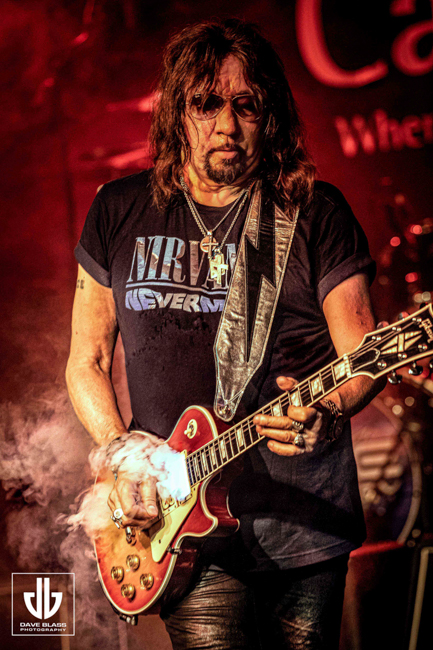 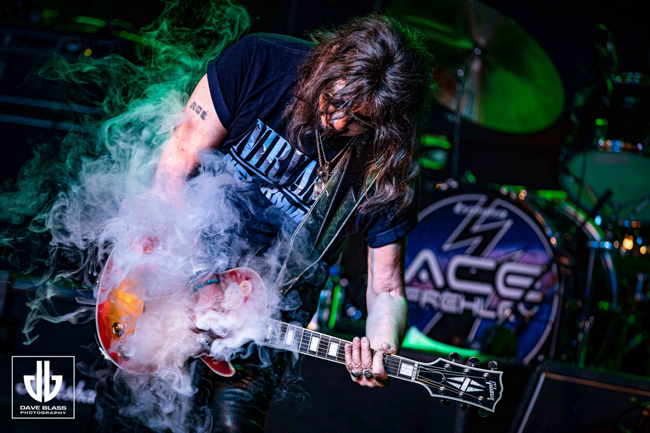 The whole set was tight from start to finish with the THICK guitar sound resonating in your chest all night.

Opening for Ace Frehley was AMPAGE; one of those great LA bands that has been a staple of the Rock Scene since the 80’s. 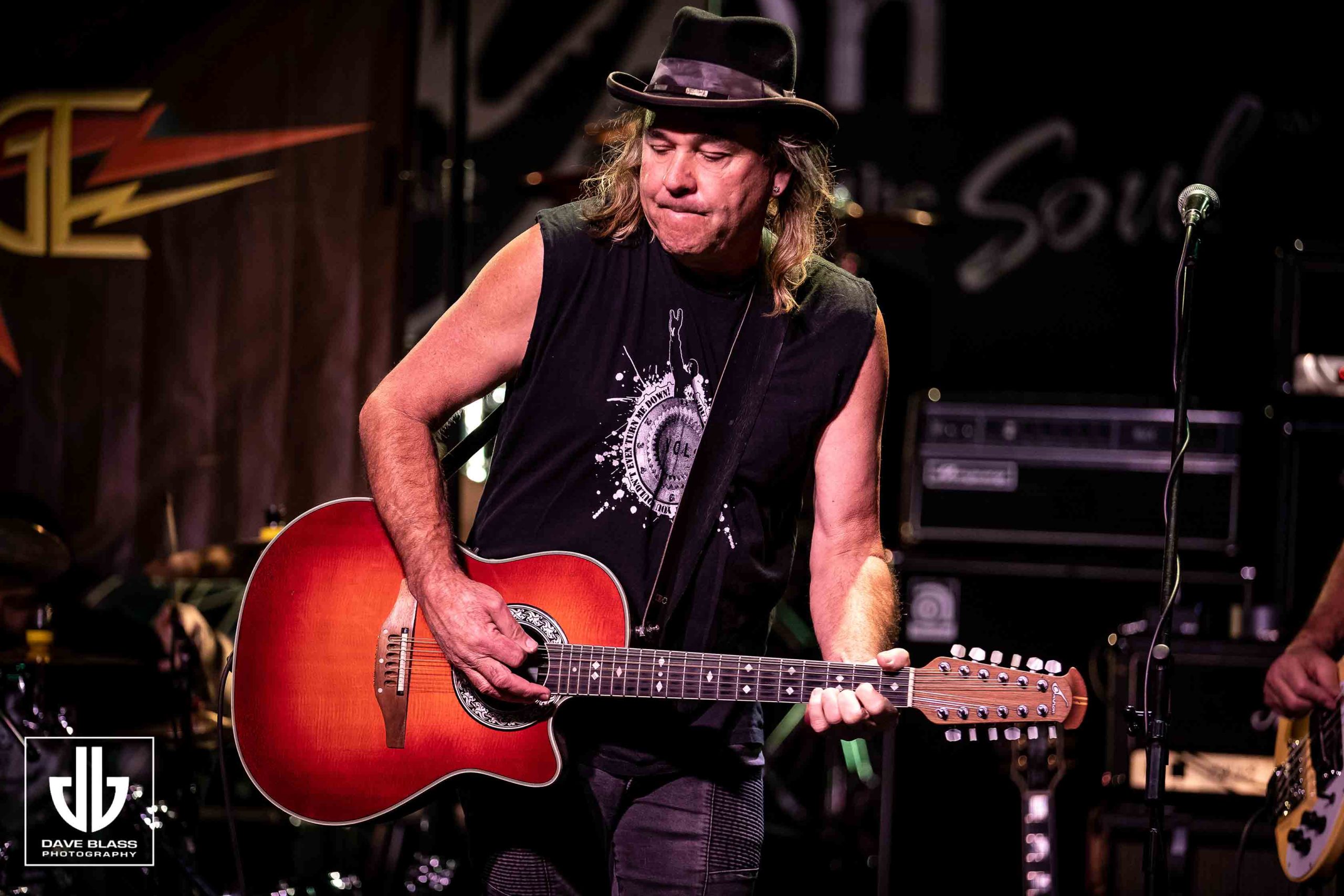 Ampage even had a film crew there shooting as part of a Documentary “Falling Higher“ on the band’s journey over past 3 decades.   With 7 Albums to their credits AMPAGE has a solid list of songs to pull from.  Mark Mason on Lead Vocals and 12 String Guitar set the tone with their classic “Words” off their ’97 release “Iron Horse“. 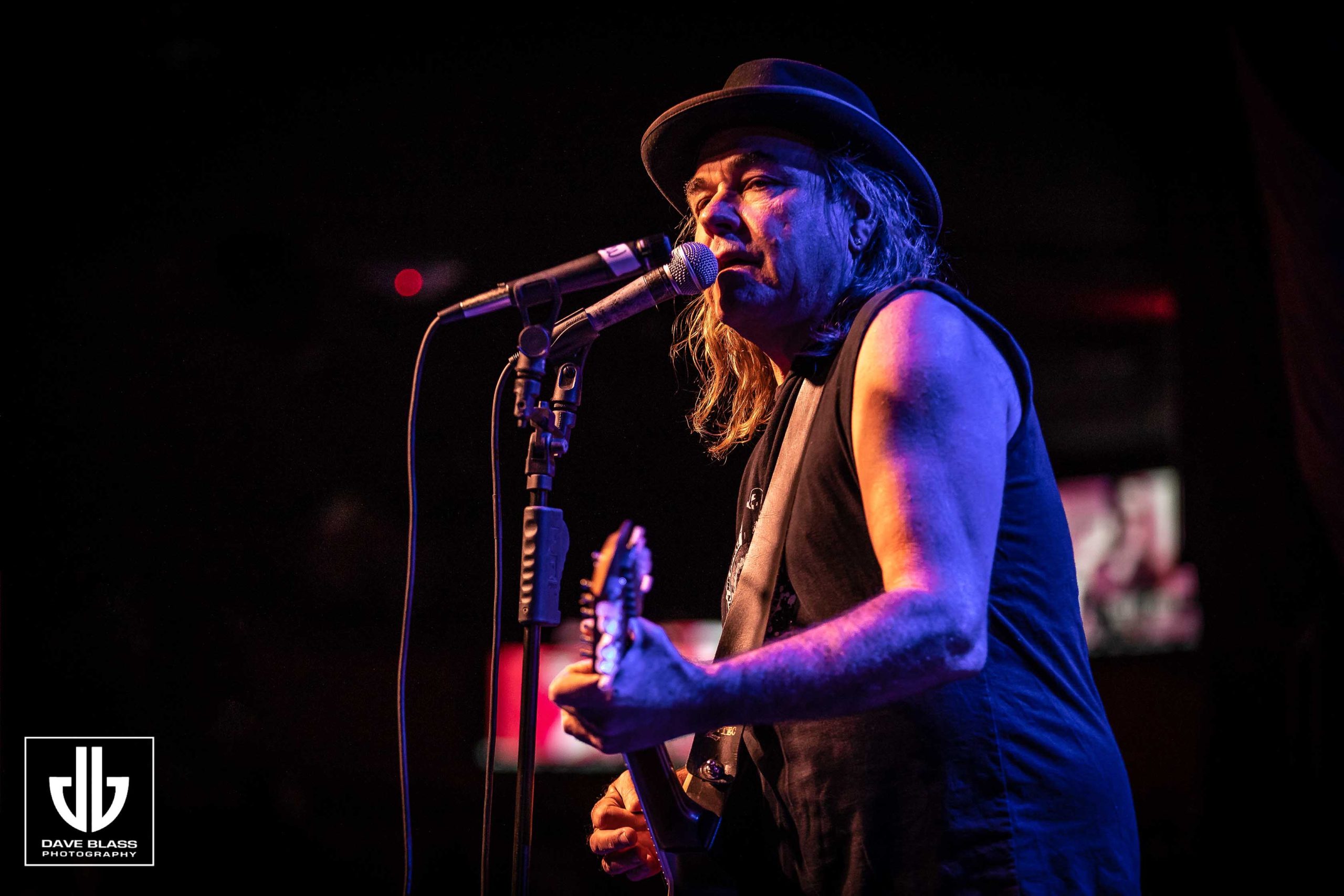 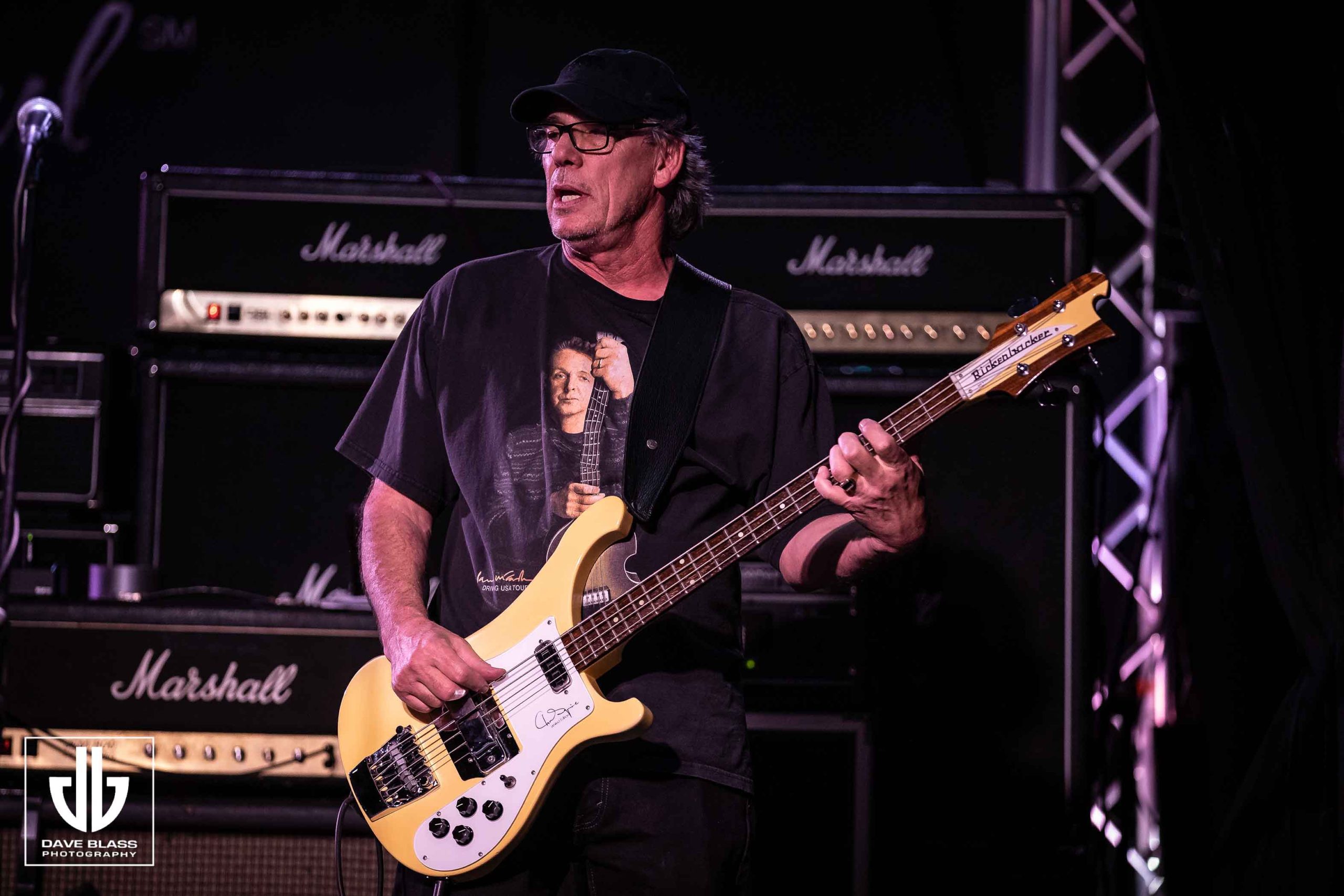 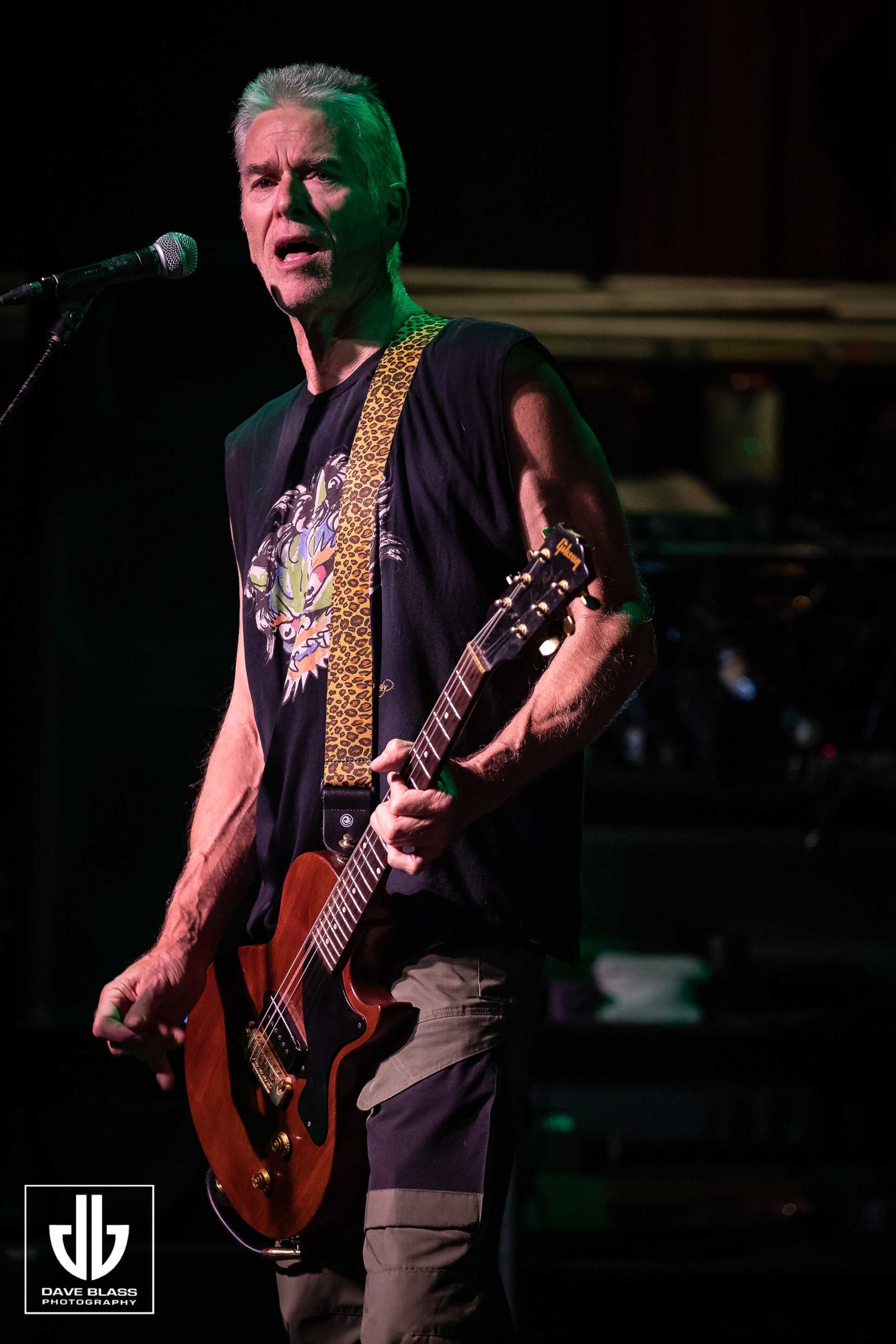 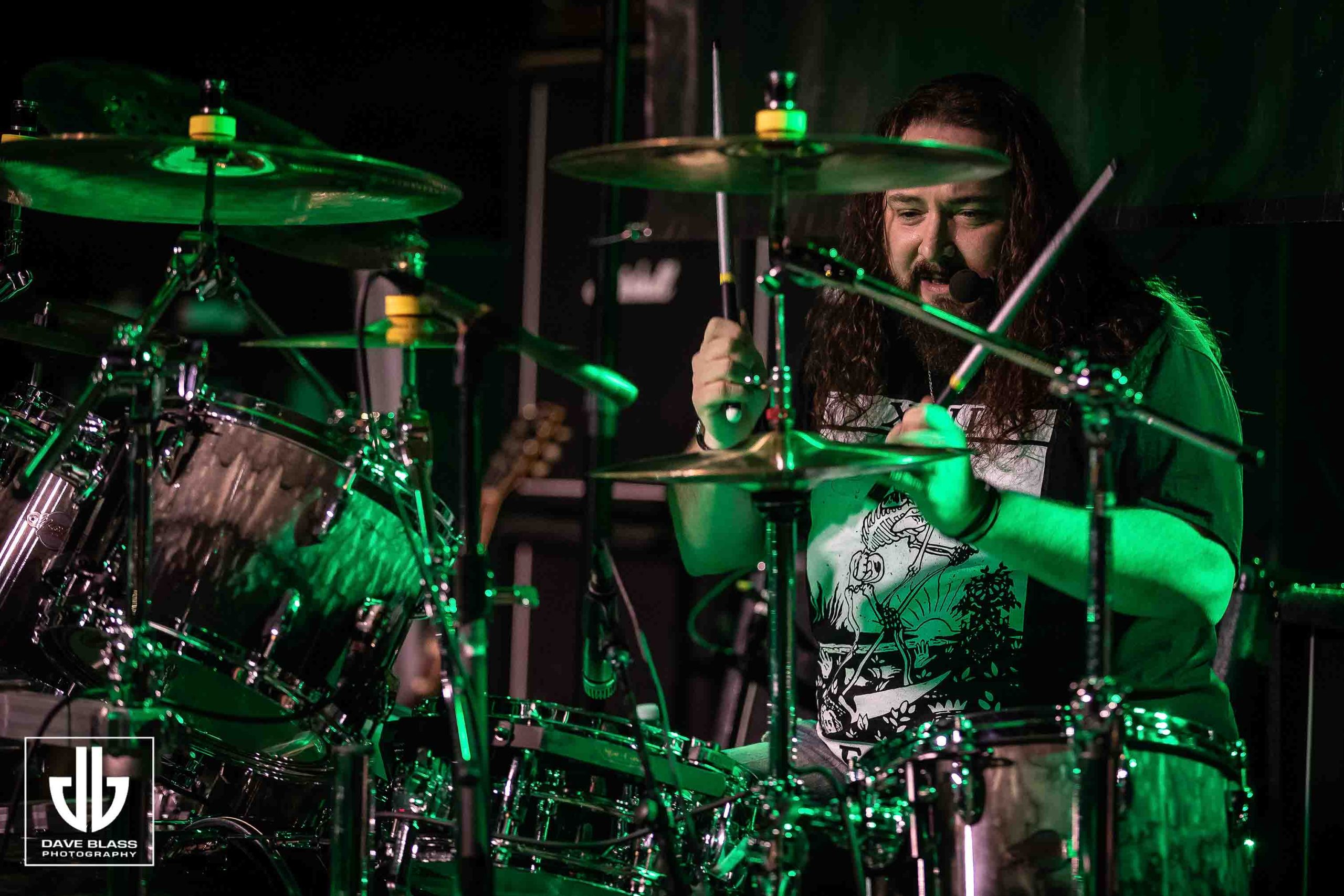 Mark Pearce on Lead Guitar and Vocals joined the band for the Bridge of Souls album that came out in 2016, and crushes the classic as well as the new tracks. The solid rhythm section Bill Stokem on Bass and Jason Fish on Drums complete the very tight 4 piece. Mason delves into the darkness of the bands past when he was in rehab and wrote the track “Downtown Playground” and then brings the show back around with “Plain White Rapper” which he wrote when he thought about what kind of a Rapper he could be.  Looking forward to the Documentary coming out in 2020.  The trailer sets a great tone. 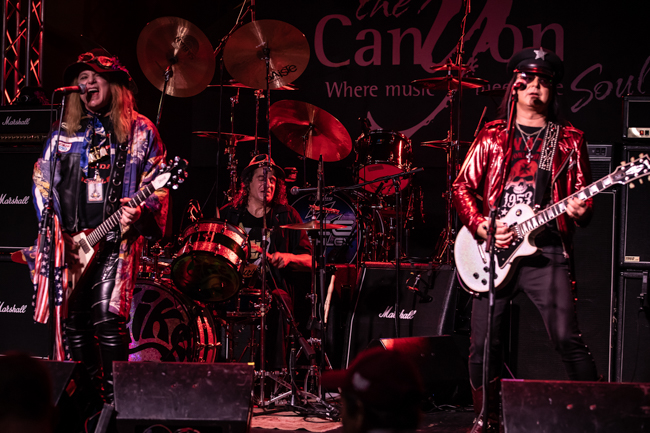 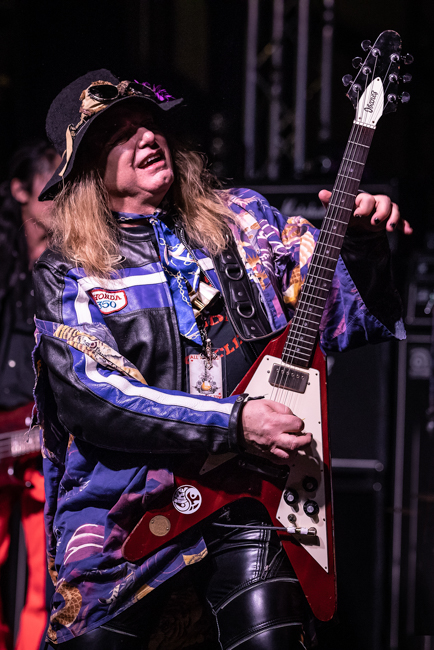 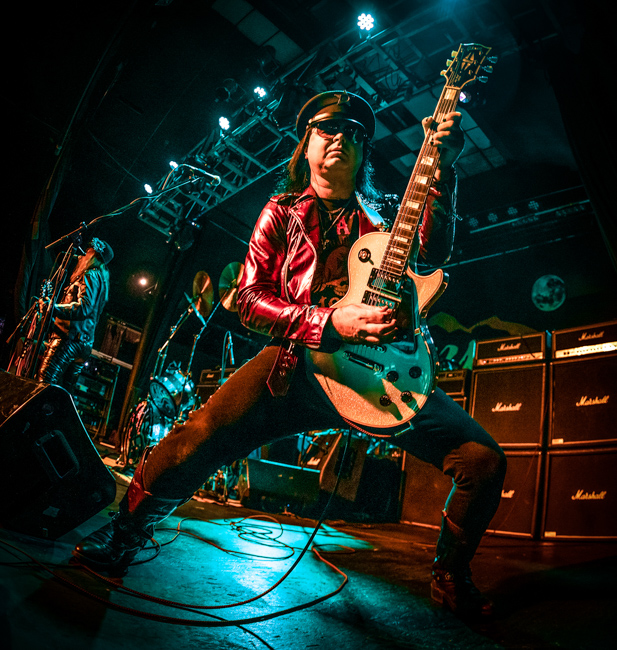 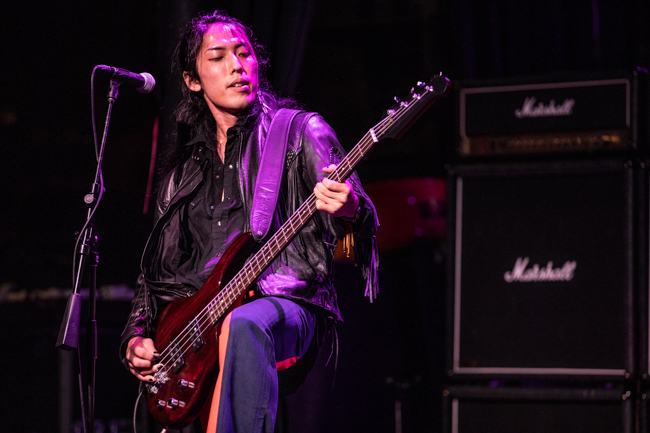 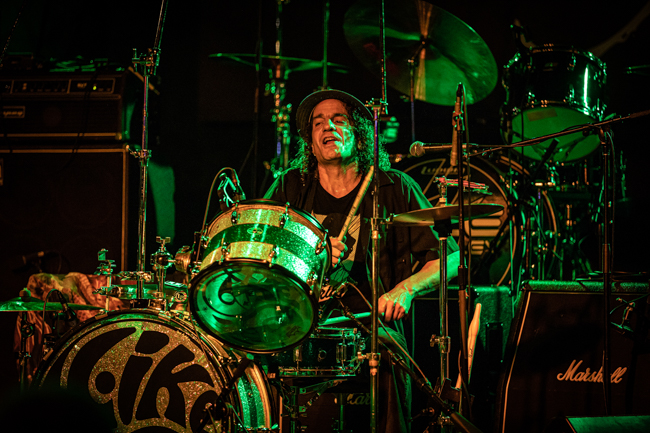