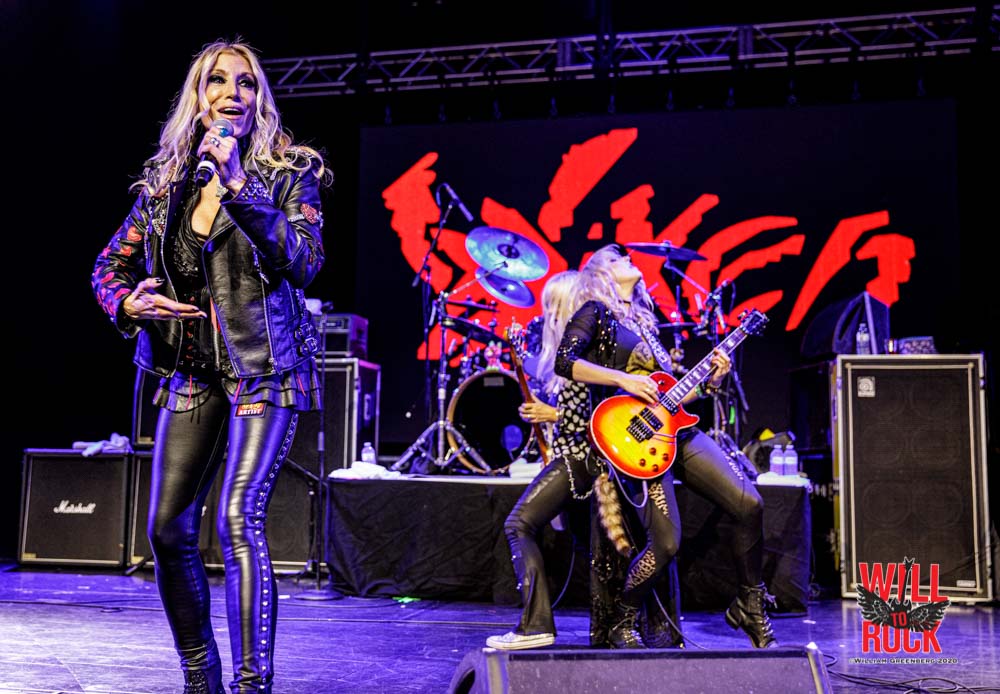 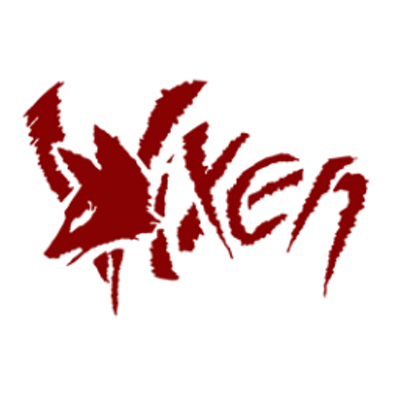 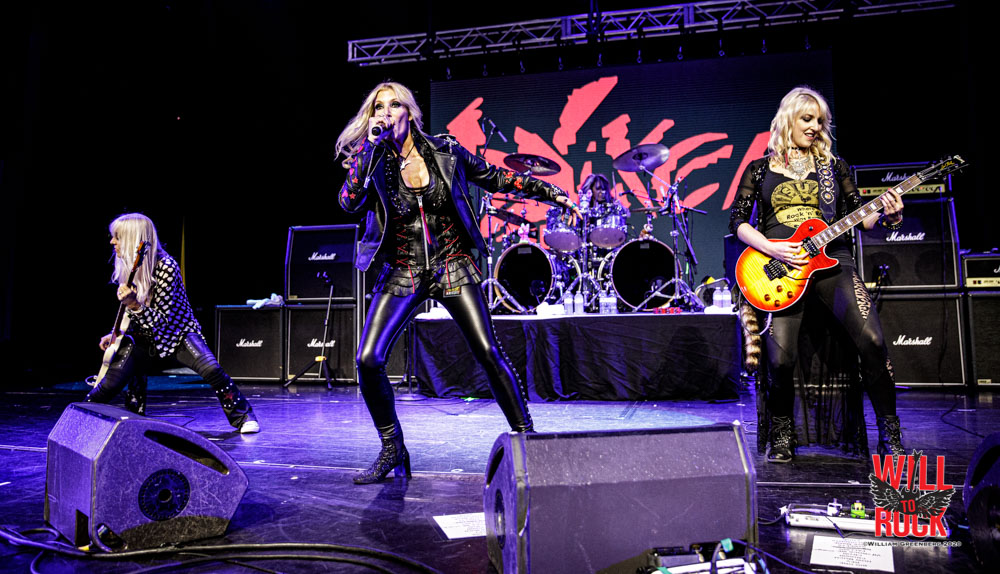 Who doesn’t love the ladies (and dude) of Vixen?! Always a fun, interactive, sing-along show.  Hits galore, a few covers thrown in, and with the addition of Lorraine Lewis on vocals, you get the added bonus these days of having a few Femme Fatale songs thrown in to the mix. 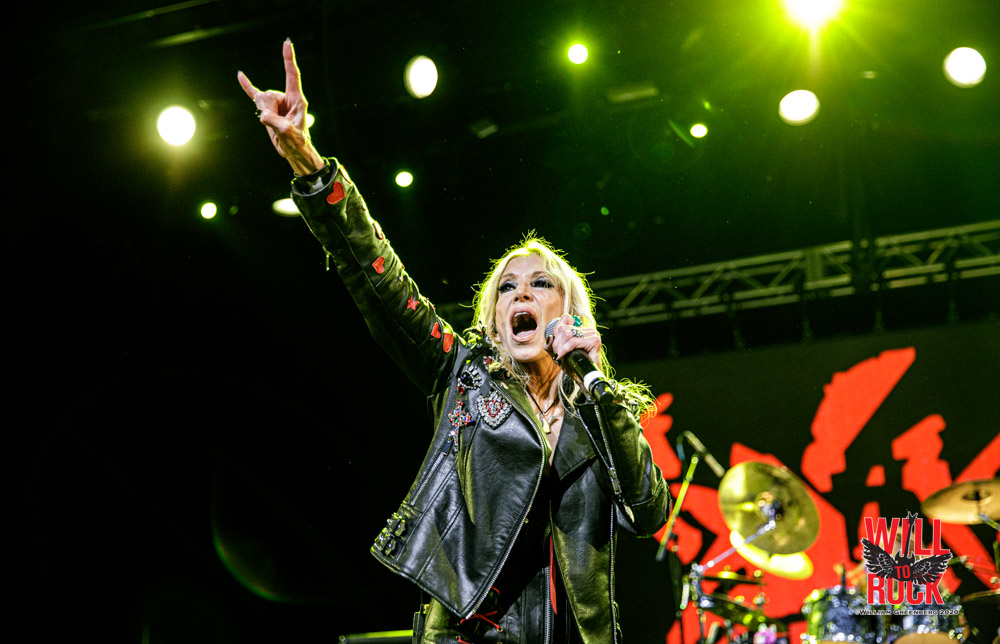 The band are amazing and full of energy.  Lorraine Lewis adds a special charm to the band which makes seeing Vixen like visiting a friend. Britt Lightning (guitar) has an incredible energy, and man can she shred!  Share Ross (bass) brings her always killer bass groove to the band, while Roxy Petrucci proves every time she gets behind the kit why she is one of the premier drummers out there (not female drummer, DRUMMERs PERIOD).  Tyson Leslie (keyobards) is hidden off to the side, but adds the all important synth sound as well as an extra layer to the band’s backing vocals. Their individual personalities and talent shine through every time they hit the stage. 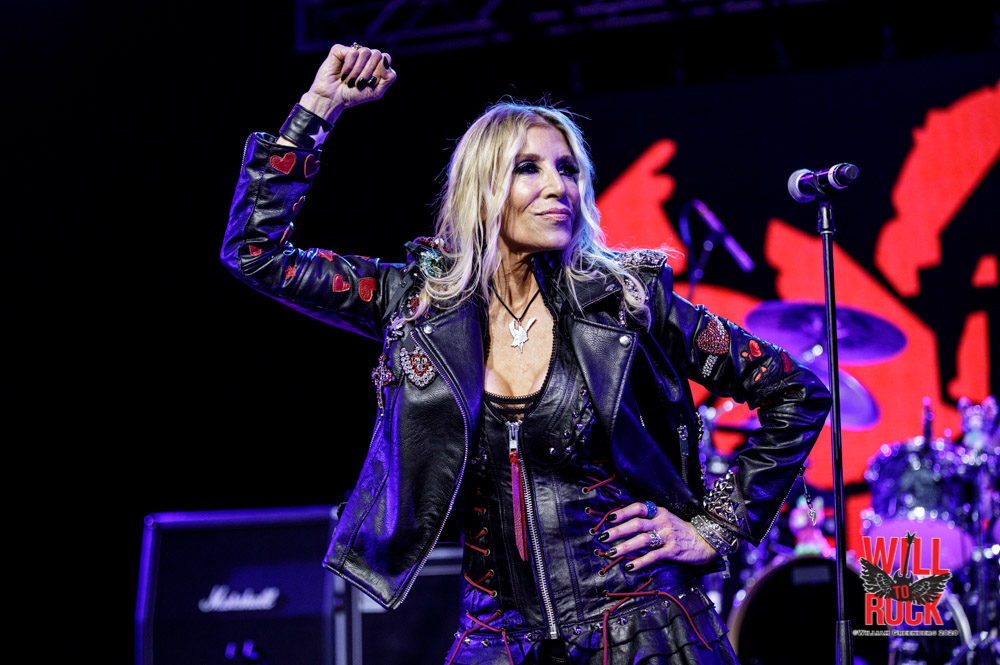 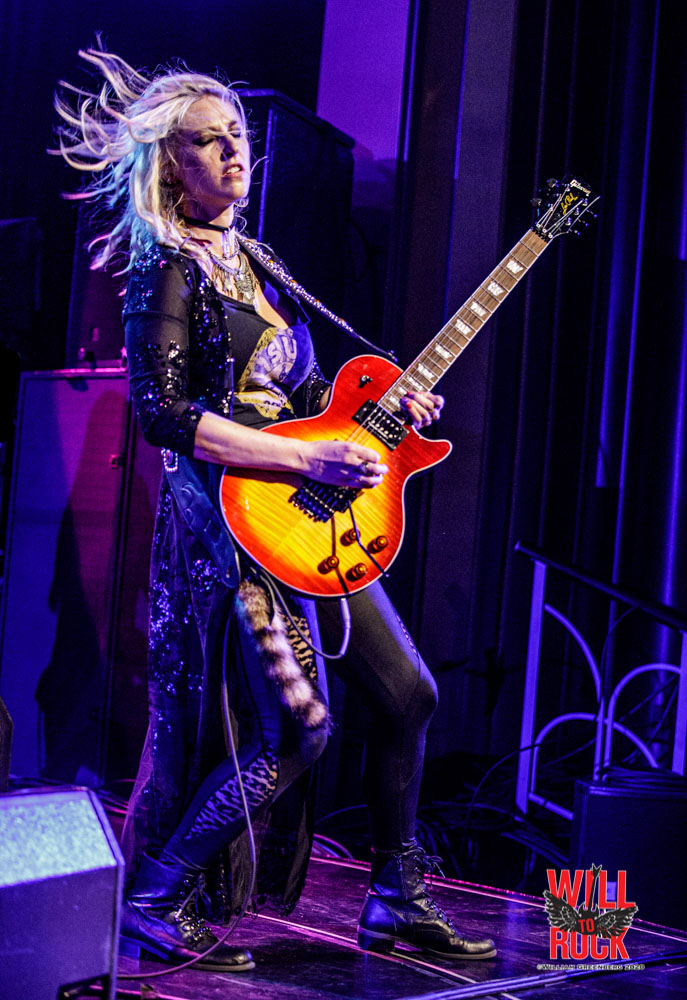 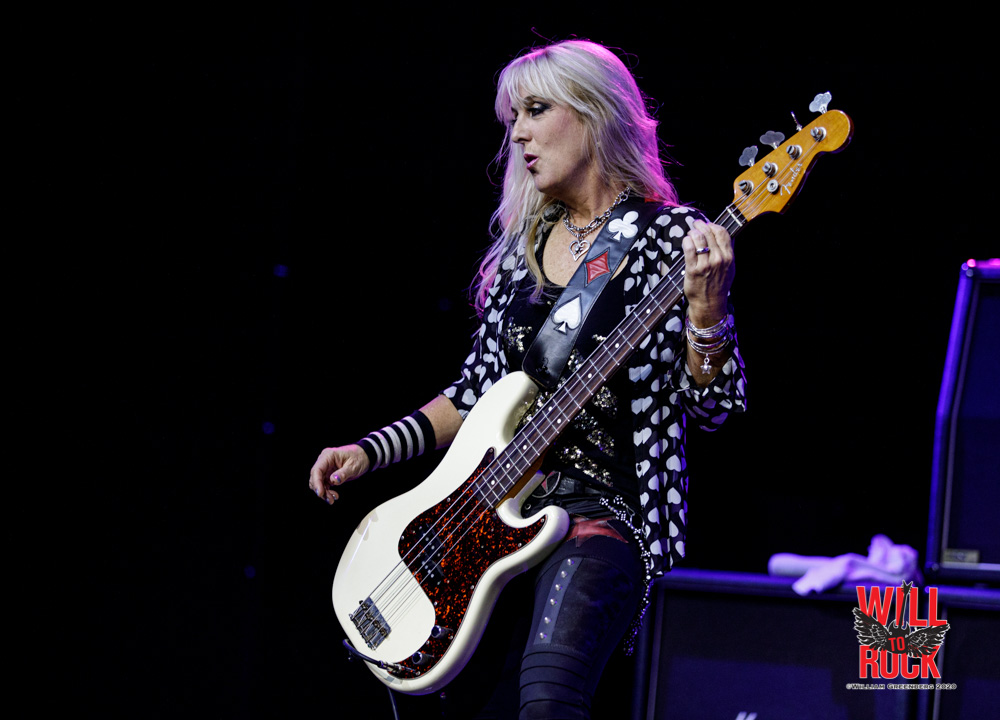 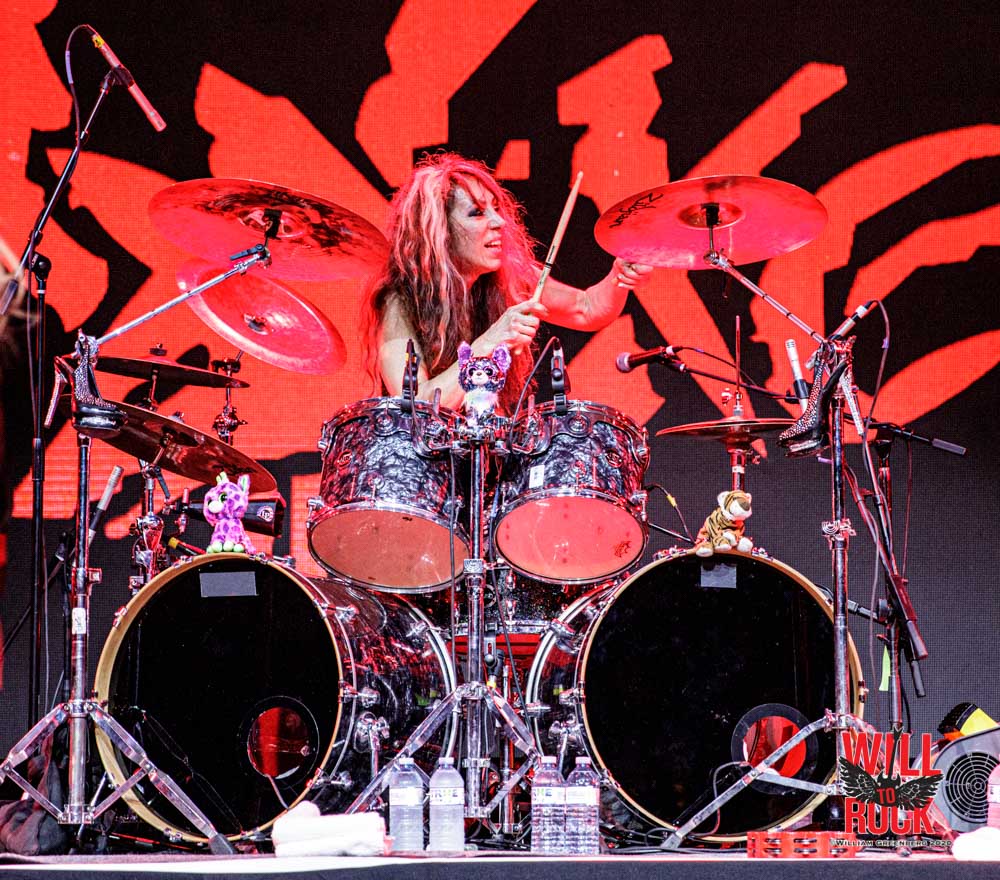 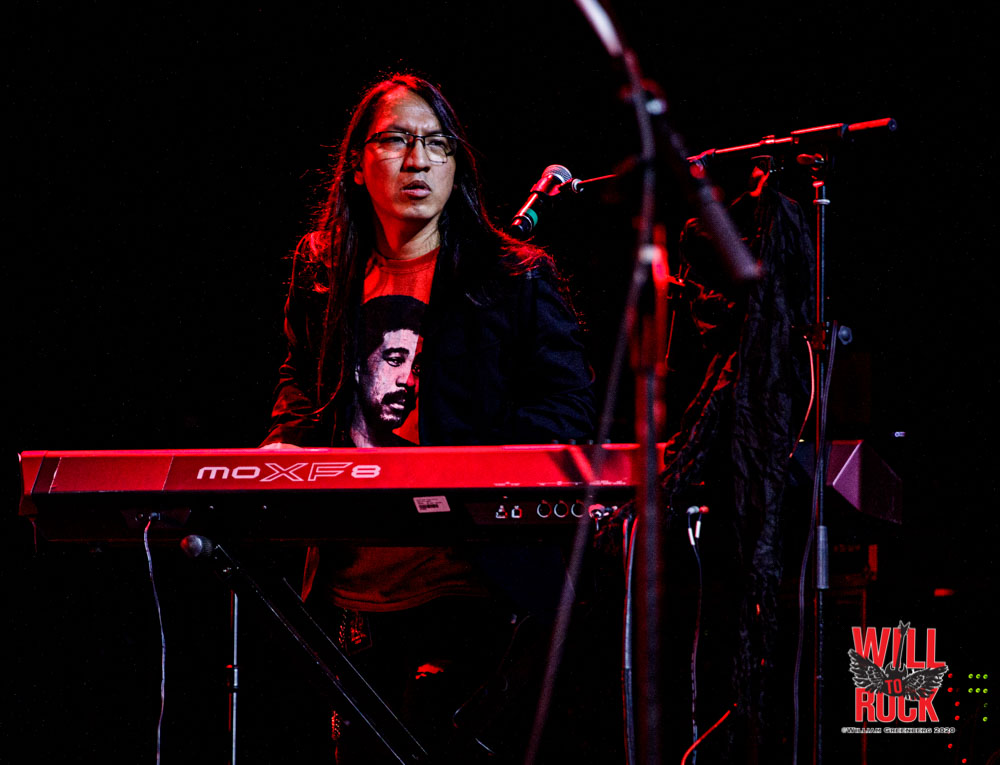 The set features almost everything you’d want from Vixen, including the hits “How Much Love“, “Cryin‘” and their biggest hit, (the Richard Marx/Fee Waybill penned) “Edge Of A Broken Heart“.  Mixed in with the Vixen songs are two of Lorraine’s biggest Femme Fatale hits, opener “Waiting For The Big One” and “Falling In And Out Of Love” as well as a medley of Van Halen’s “Running With The Devil” / “I Want You To Rock Me” / and finishing up with Tyson singing Deep Purple’s “Perfect Strangers“. 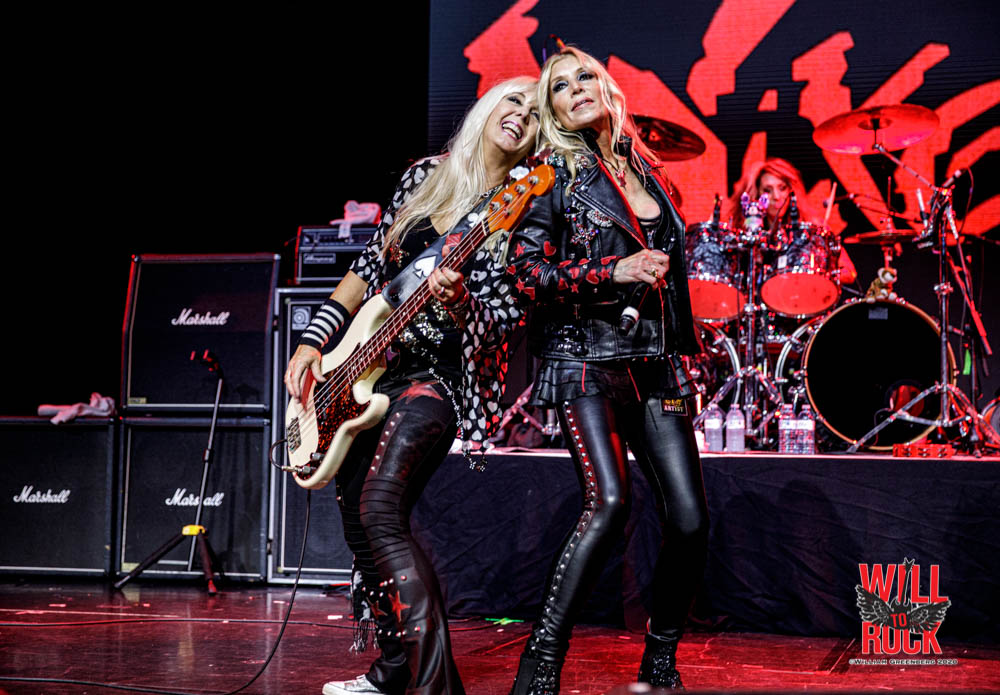 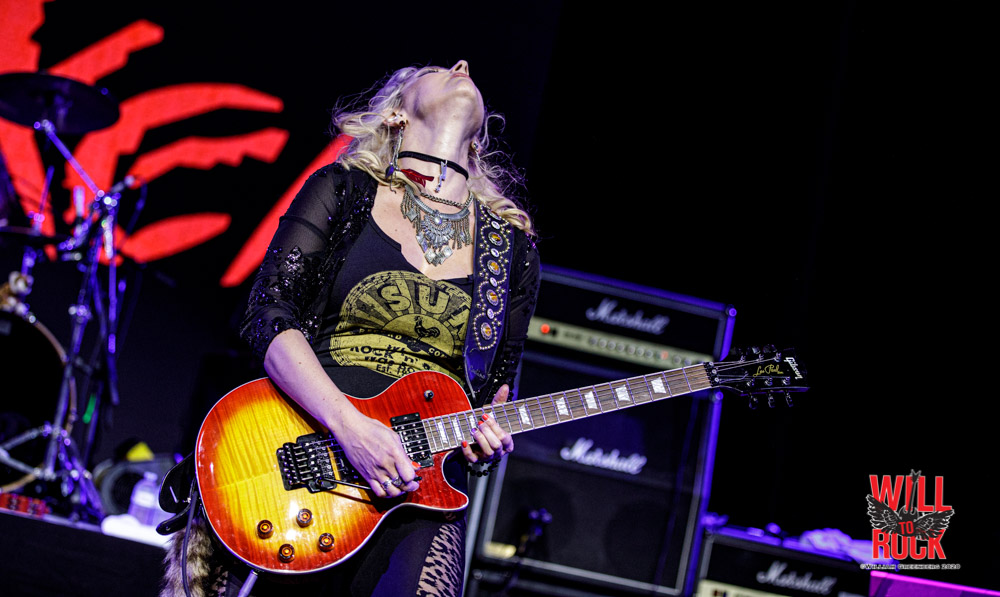 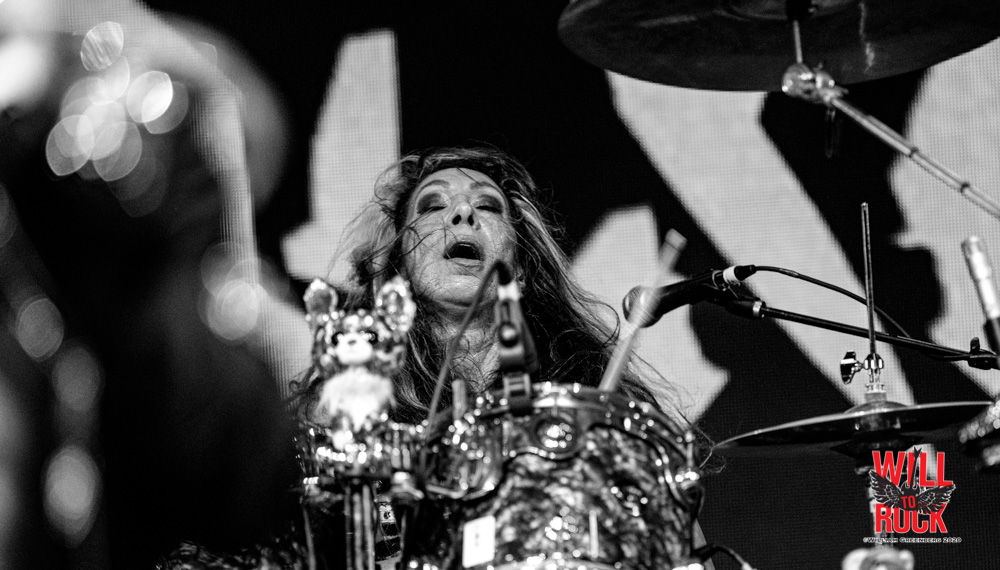 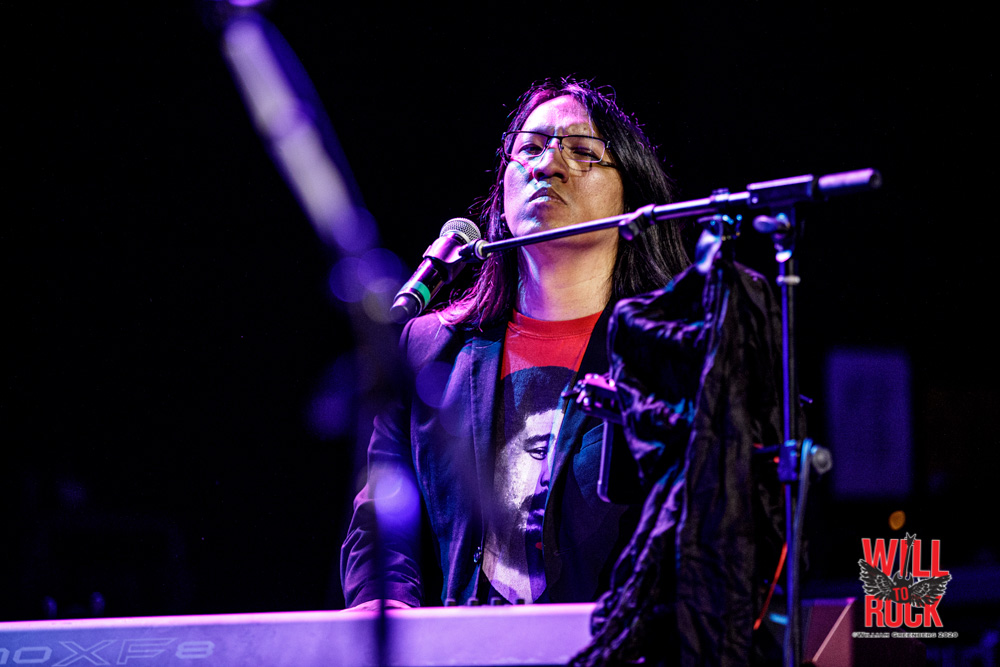 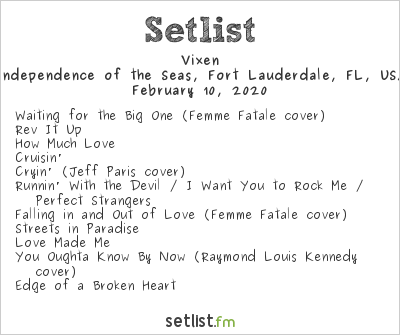 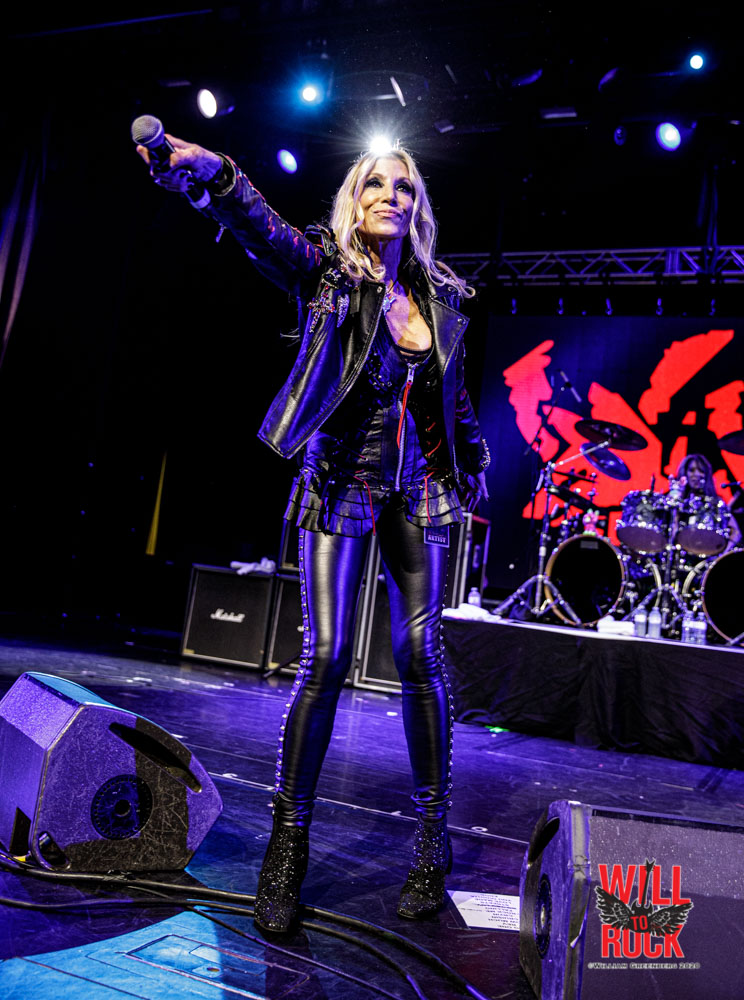 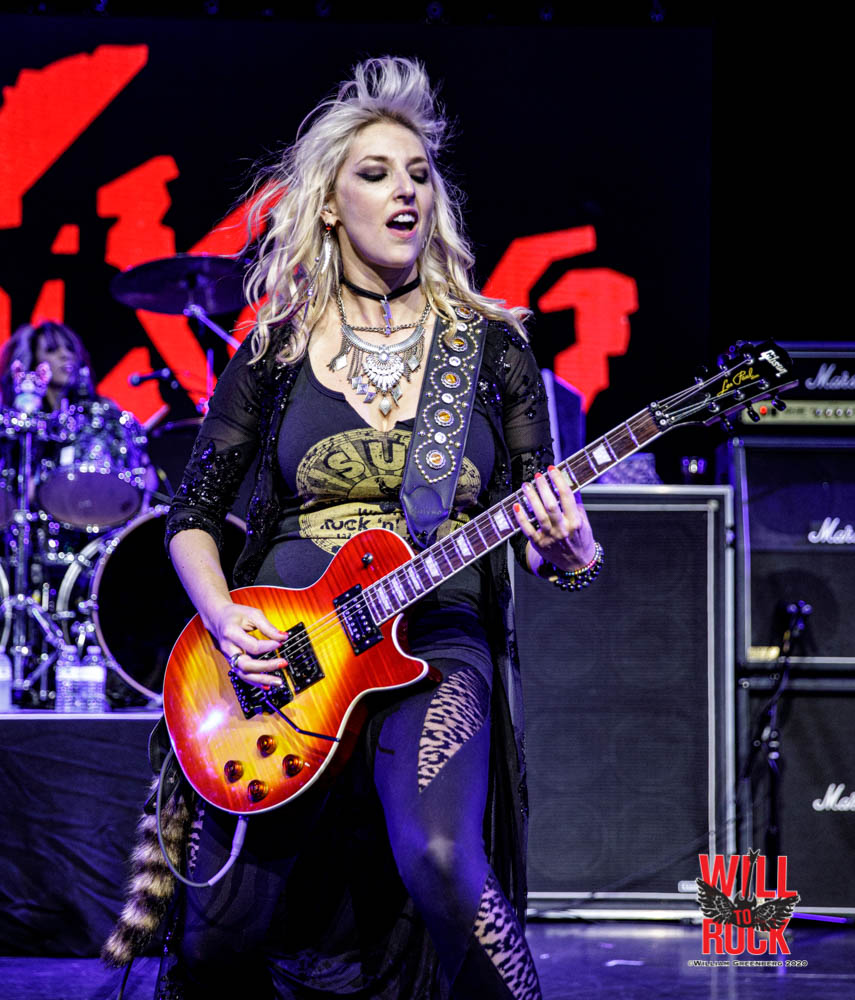 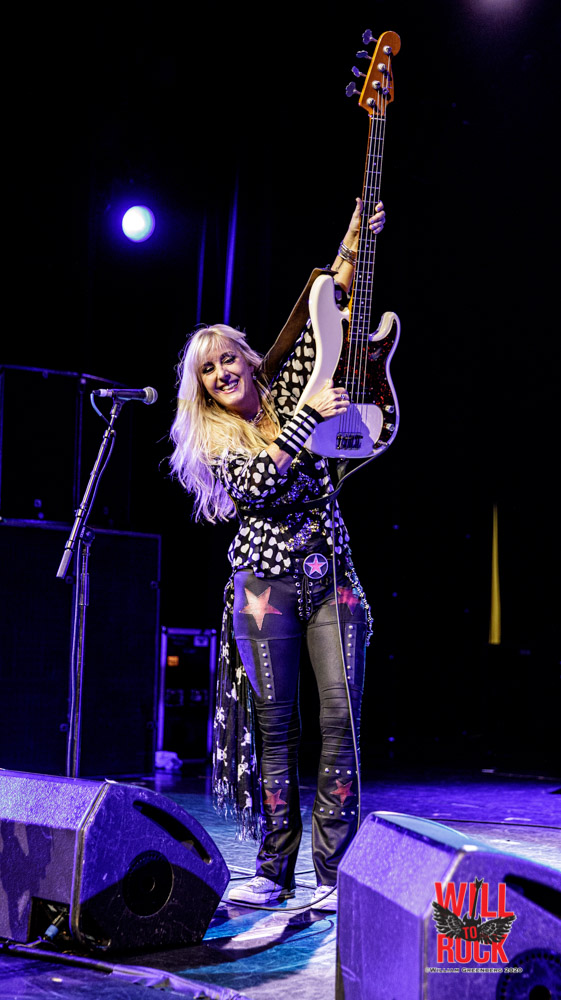 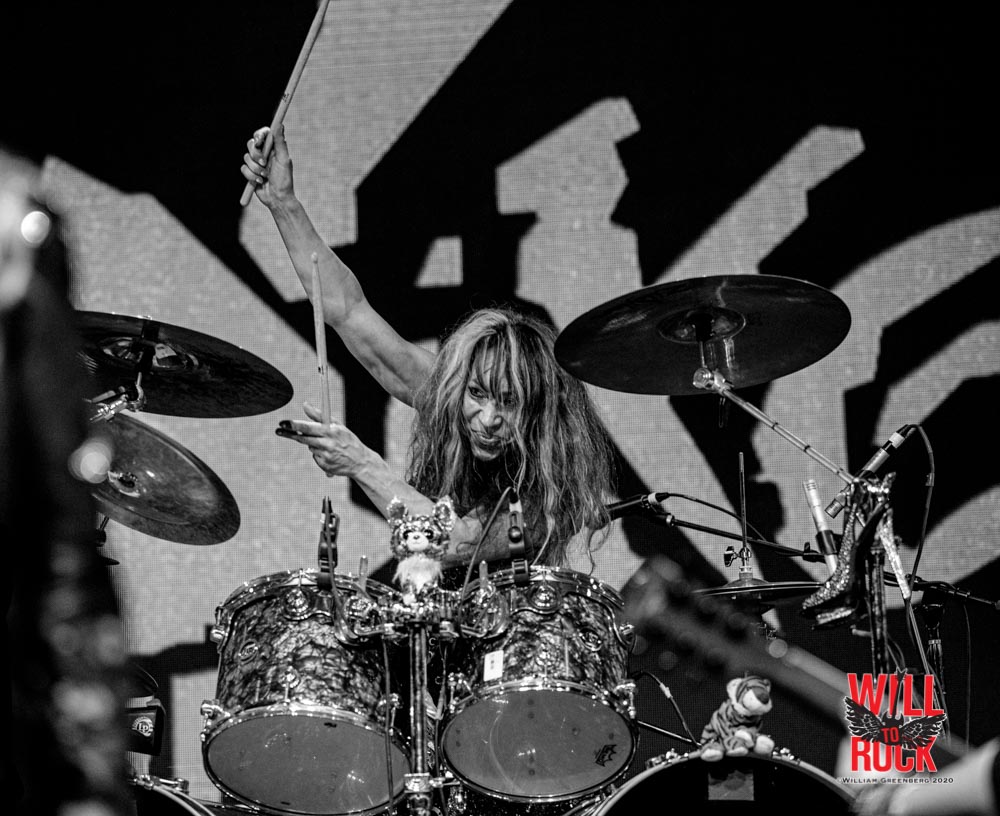 Lorraine mentioned during the show that there’s a good chance the world gets a new Vixen album in 2020.  Safe to say a lot has changed since she made that statement, but wouldn’t some new Vixen go a long way to making things just that little bit better?  The answer is YES! 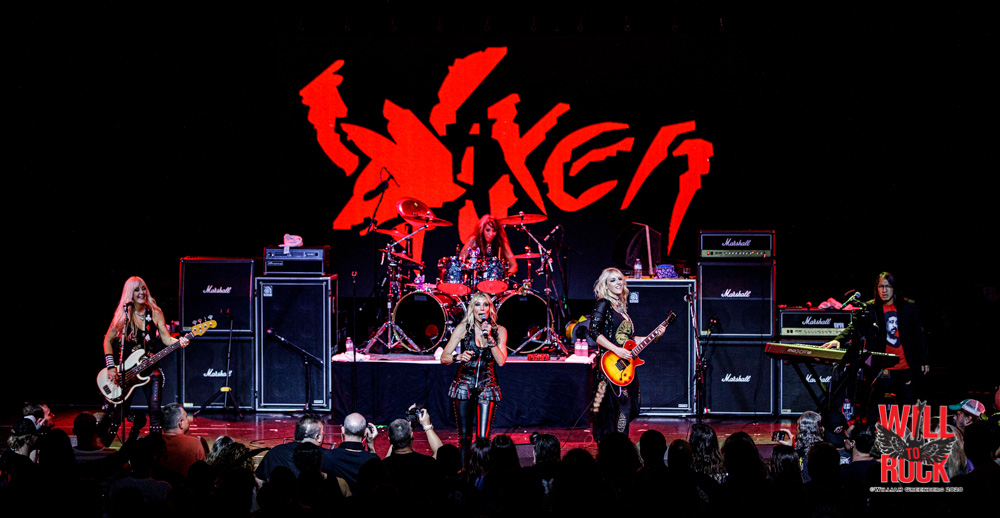 Eddie Trunk had the privilege of introducing the ladies and he brought Frank Hannon (Tesla) with him to do the honors.