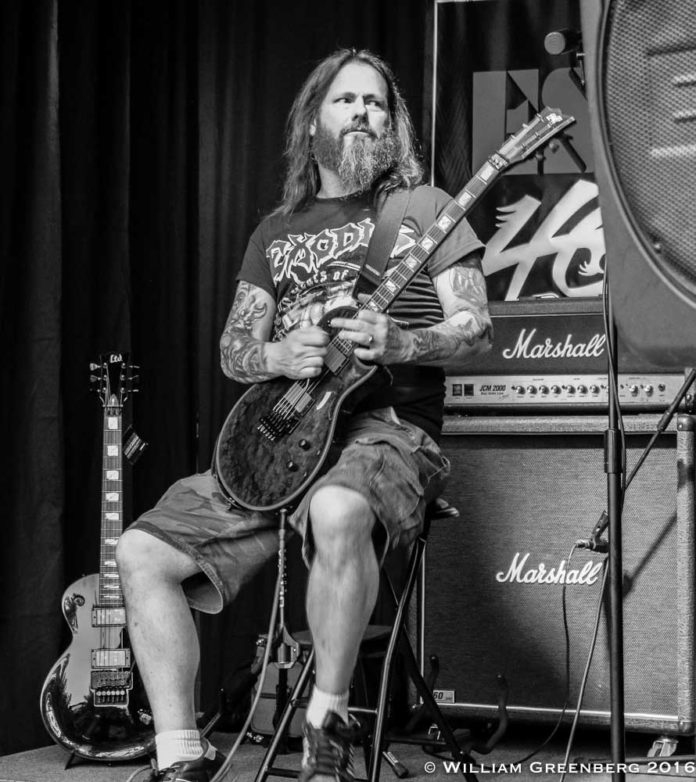 Gary Holt from Exodus and more currently the mighty Slayer turned up for a free ESP guitar clinic last night to share some stories, talk a little guitar and flash a few recognizable licks.  A lucky live crowd of around 30 people (not including the number of people who were able to live-stream the clinic) got to sit and shoot the shit with one of the innovators of the early thrash sound. 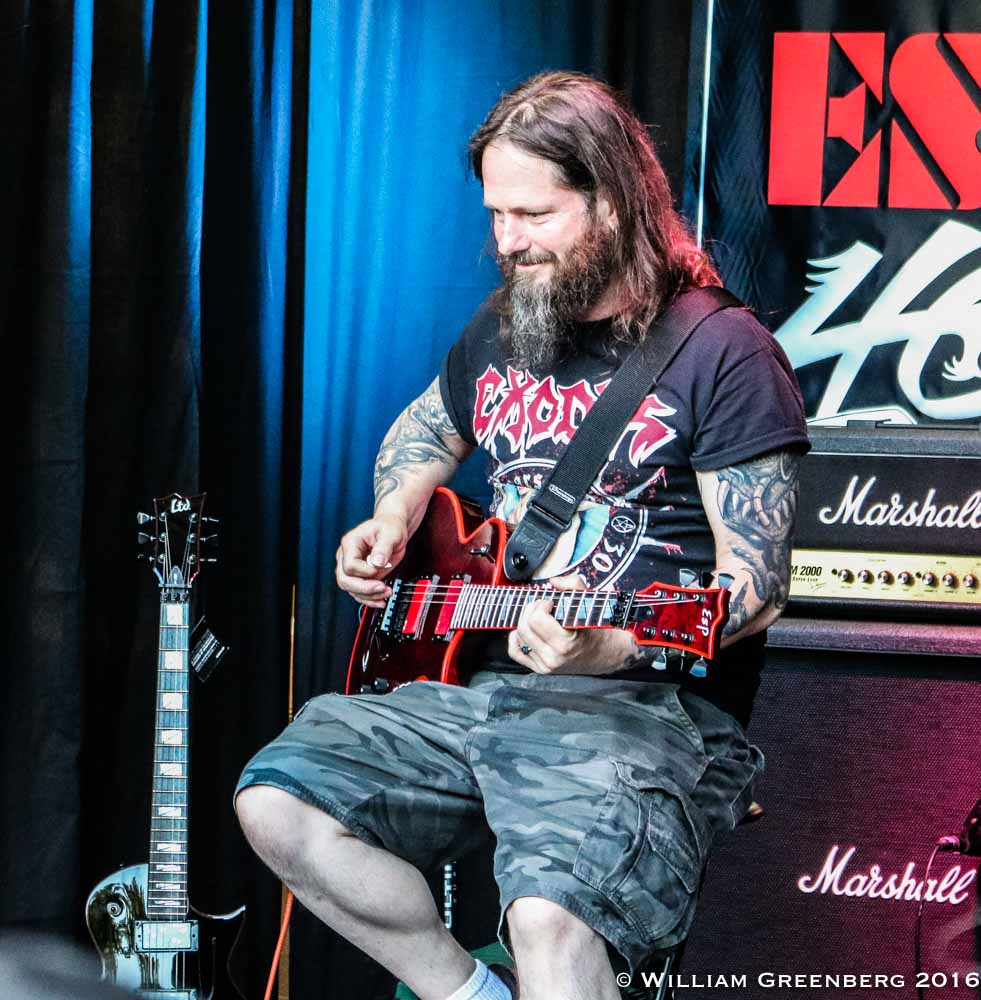 In what turned into more of a pre-football tailgate party, Gary was talked into taking a beer from an eager fan and talked to the crowd about incorporating classical influences into the early Exodus sound as well as answering a few technical questions and acquiescing to a few requests for some of those classic Exodus and Slayer riffs.

Some of the questions thrown out and answered were:

Favorite songs to play: Anything from Bonded by Blood.

How do you prepare before gigs: By playing the technically hardest riffs to loosen up the fingers.

Who taught you to play guitar: Kirk Hammett

Best and Worst place to play: Both San Francisco (Best because of the fans and Worst because it’s usually spent babysitting relatives who are on the constant search for beer)

Worst Lyric ever written:  From Strike of the Beast

Because: “How the fuck can he breathe fire in your face when he’s behind you?” 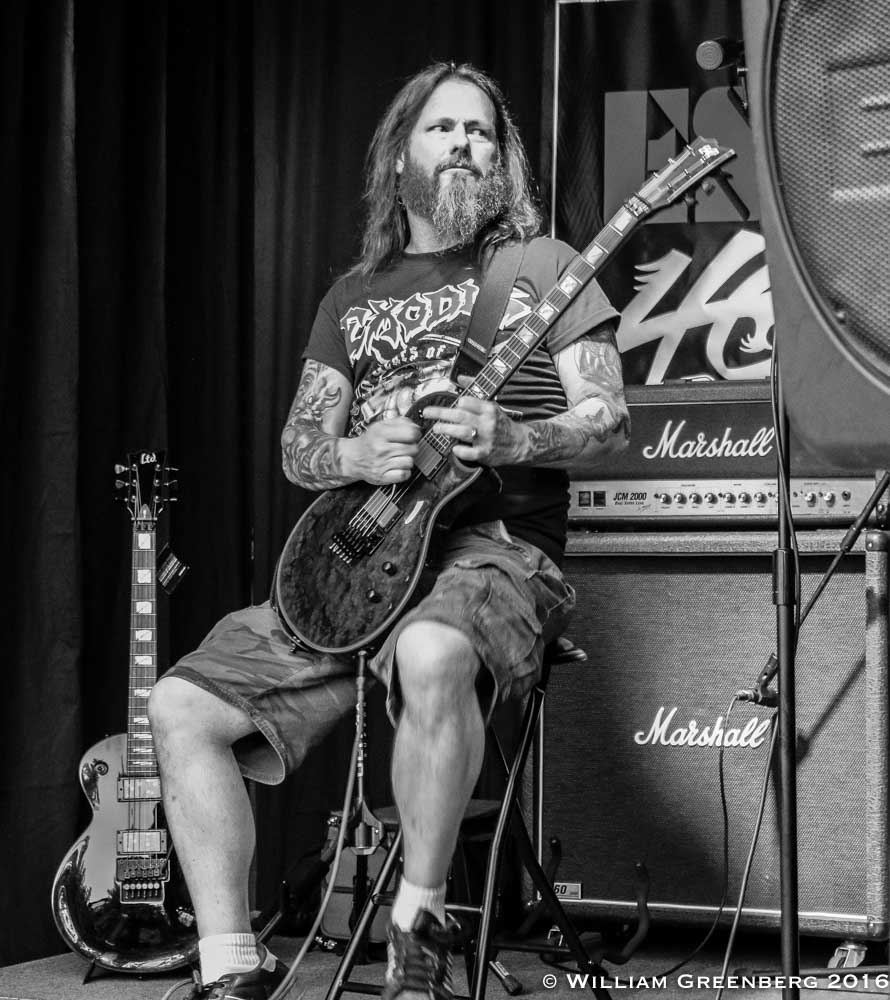 When asked if he could give us a preview of any of the new Slayer songs, we were told we’d need to wait for 9/11. Damn!

Gary exalted the memory of the late, great Jeff Hanneman and threw up the “Horns” in his memory.

After the clinic Gary met and signed anything for those in attendance. 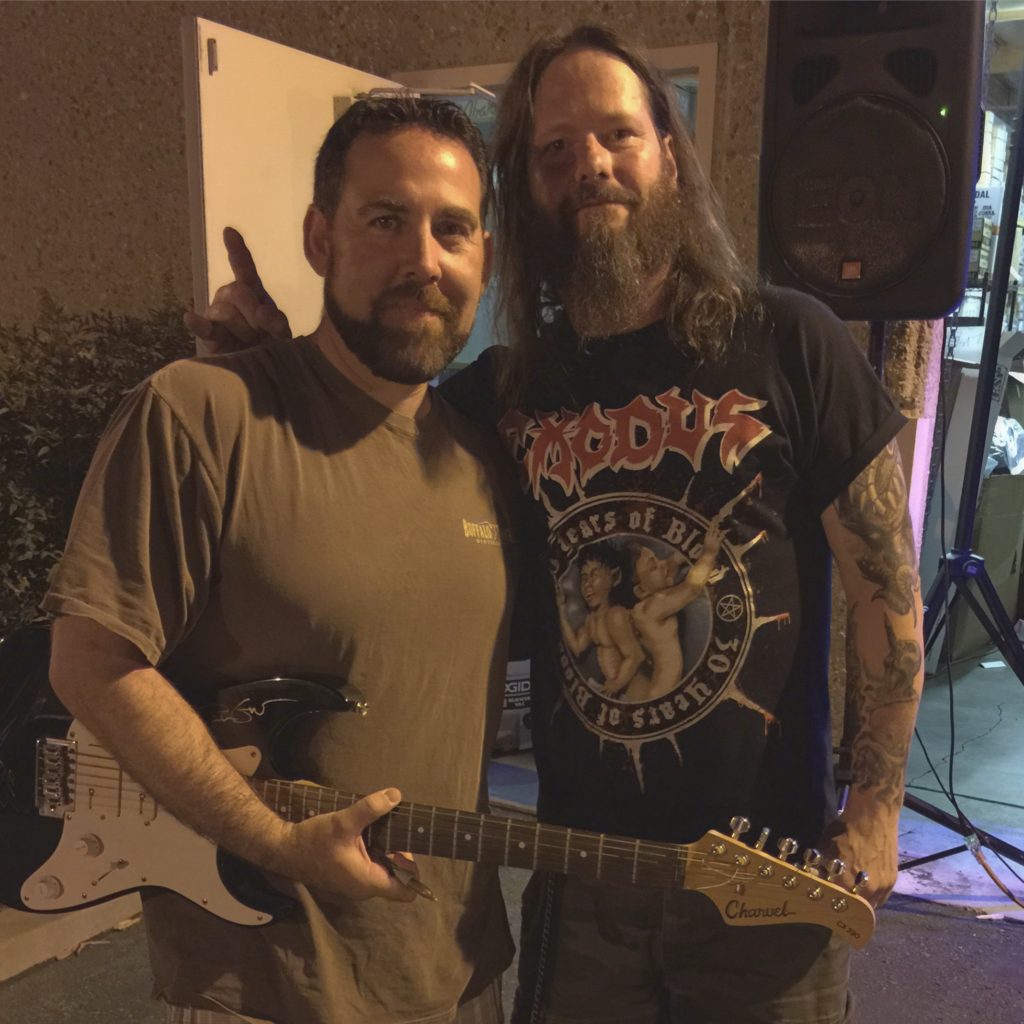 Look for Gary on the upcoming Slayer release, “Repentless”, in stores on 9/11/15.