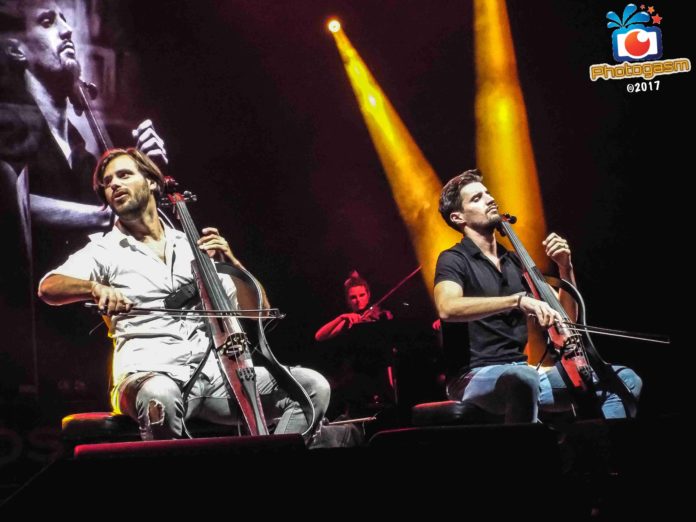 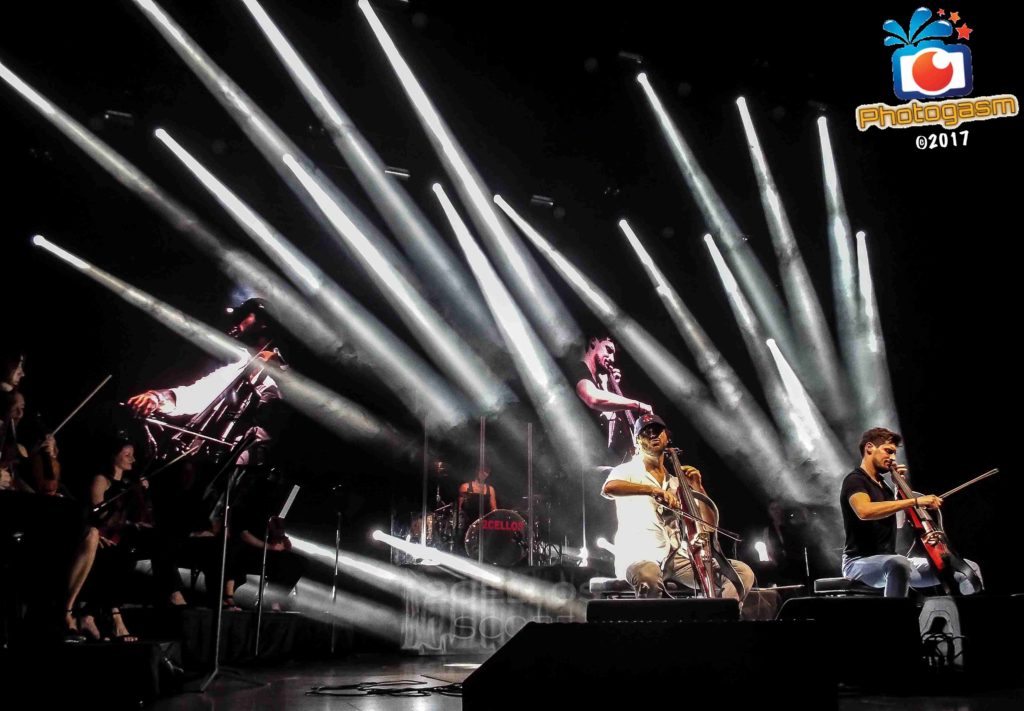 Enter the stage; a compliment of 6 violinists, 2 violists, 2 cellists, a double bass player and finally an electric keyboardist. Now add a drummer and then you hear some wise cracks from the side stage quite loudly just seconds before the two stars make their entrance. The audience instantly laughs and claps its approval; giving the 2Cellos young men a musical heroes welcome to the stage. 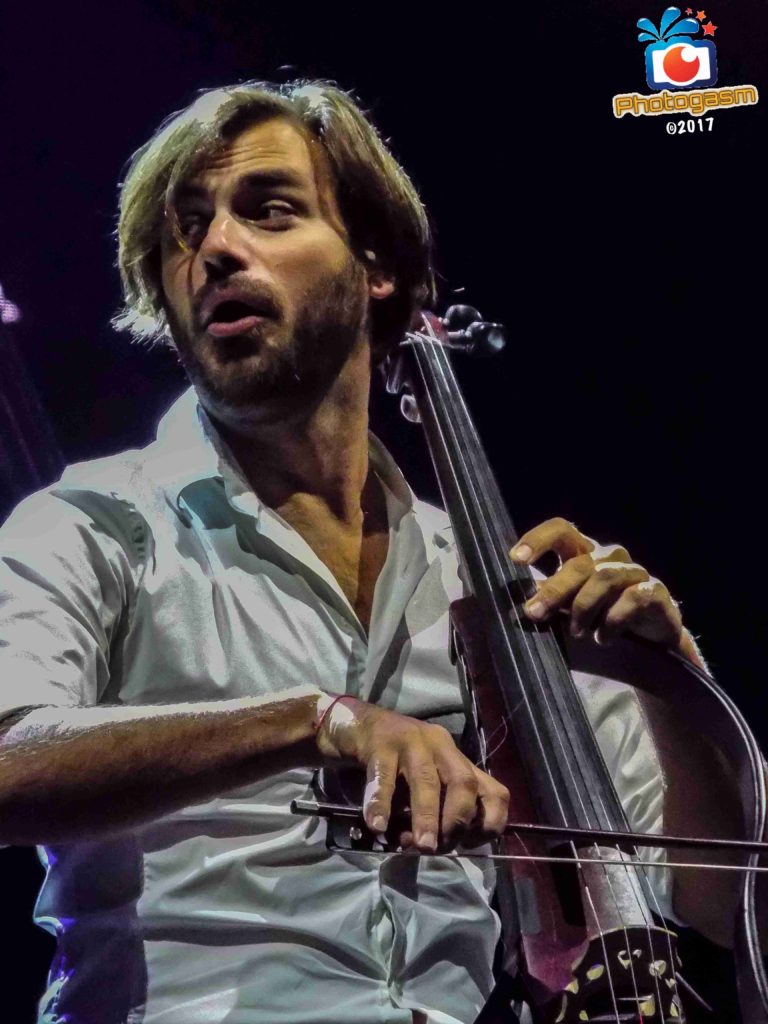 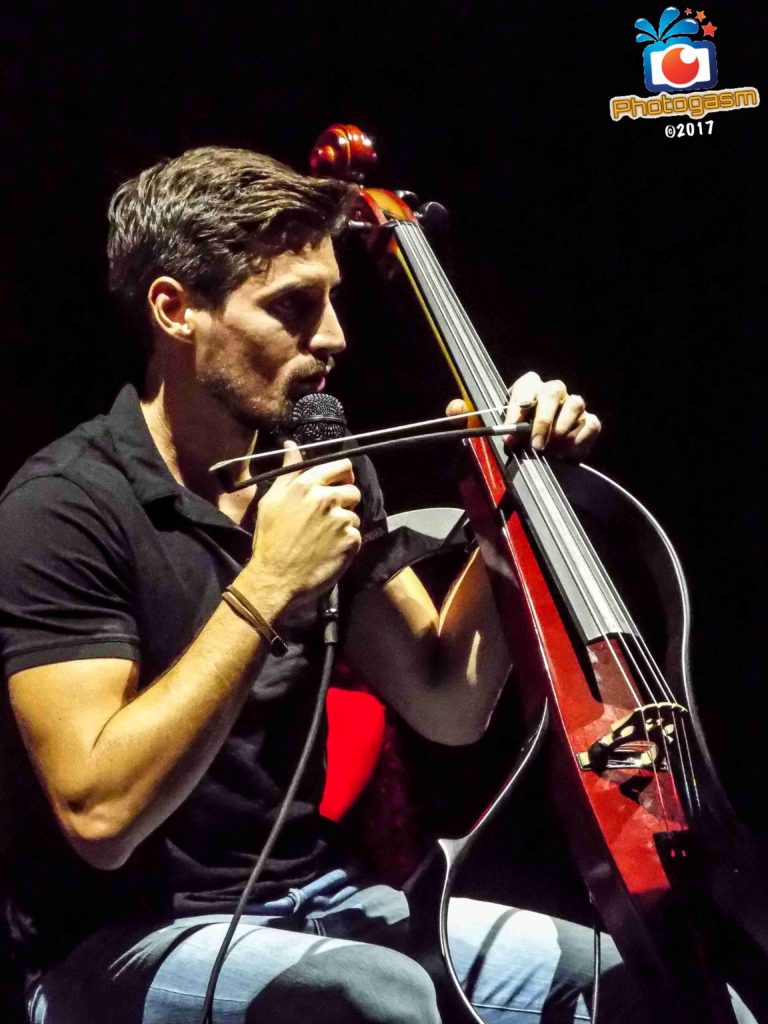 Their online biography states that Luka Sulic and Stjepan Hauser have played the cello since childhood; Sulic graduating from the acclaimed Royal Academy of Music in London, and Hauser from the Royal Northern College of Music in Manchester, both in 2011. 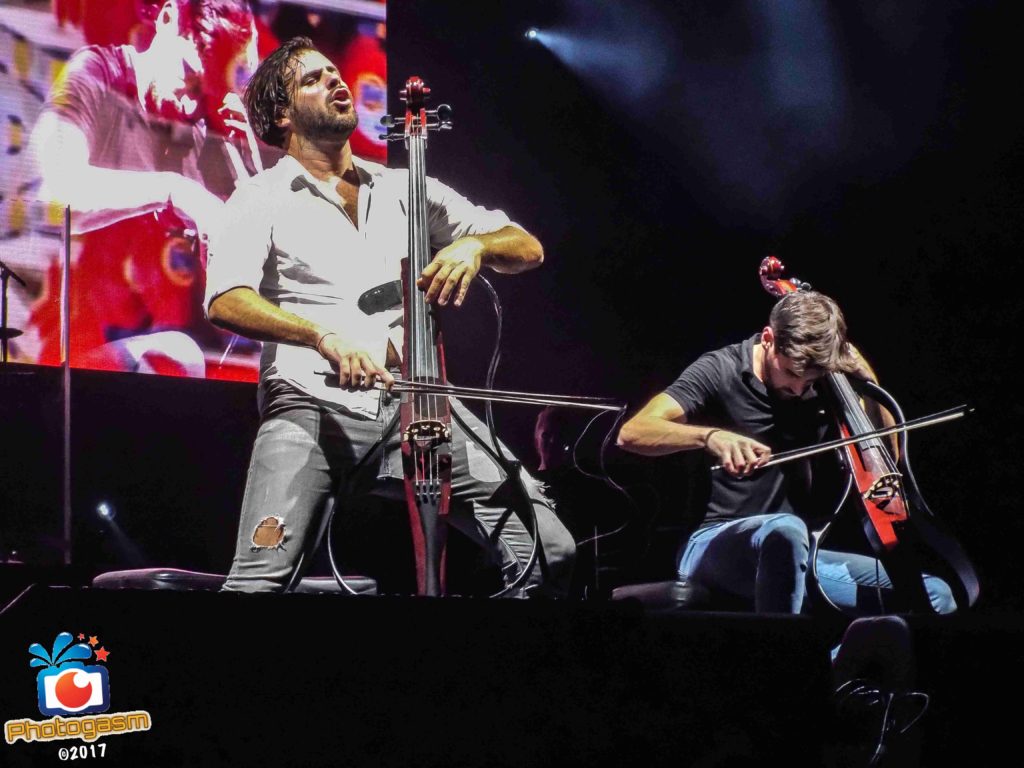 Stjepan has the wisecracks down. It’s honestly hard to tell if it is just the language difference he has not yet mastered or alternately the humorous timing of his act which he HAS mastered! Either way, he is adored quickly with his self-approval of all things he does… Luka seemingly tries to reign his partner in by making sure the backing orchestra is looking at him and then counting in the first number. 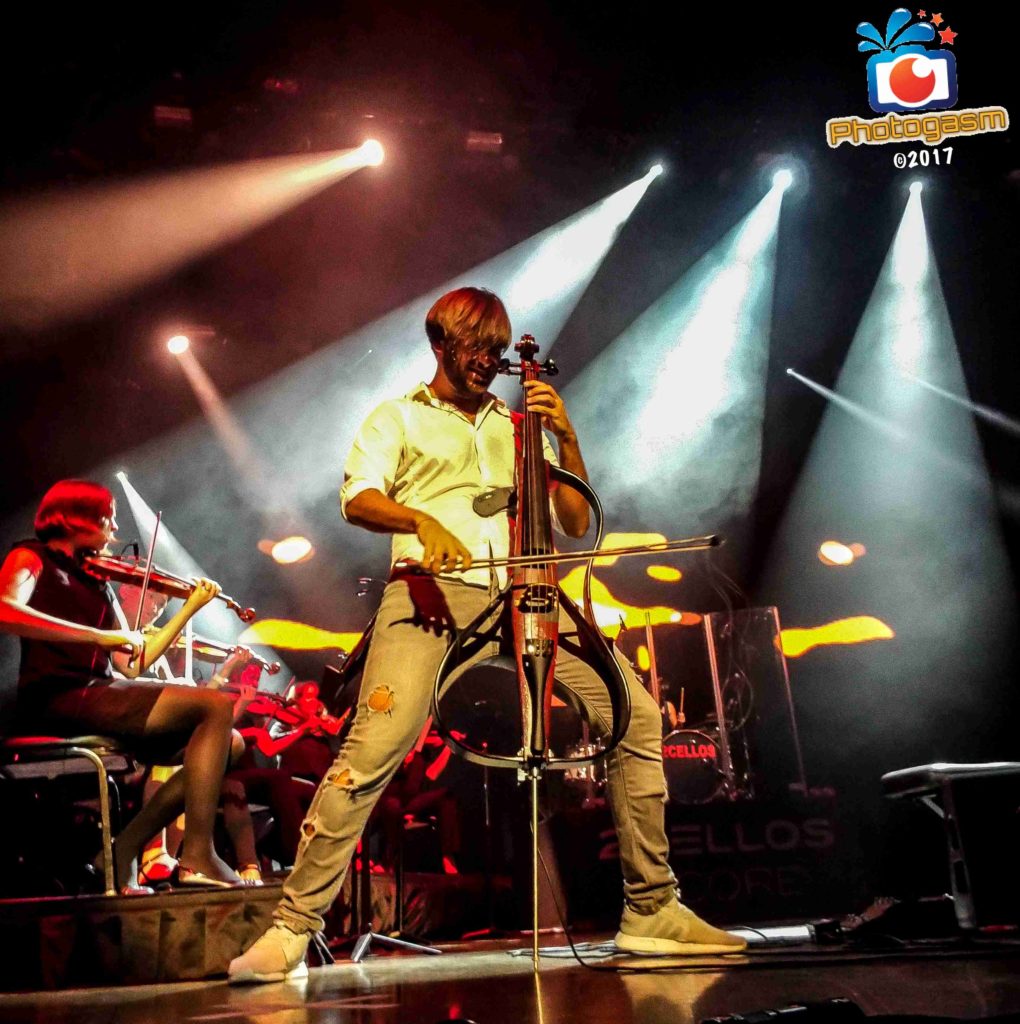 The first 8 or 9 songs performed by this duo are mostly from their new cd titled “SCORE”, which are all recognizable themes from movies; the oldest was from The Godfather. The loudest approval was from the Titanic soundtrack, “My Heart Will Go On“. The song that caught my eyes and ears from this portion of the show was from the Inception soundtrack; titled “Mombasa“. The YouTube version does not do it justice as live the song features their drummer Dusan Kranjc doing a fantastic job keeping the intense rhythm constantly moving forward! The choreography of the light show ON the drums was phenomenal. Kudos to the lighting director. 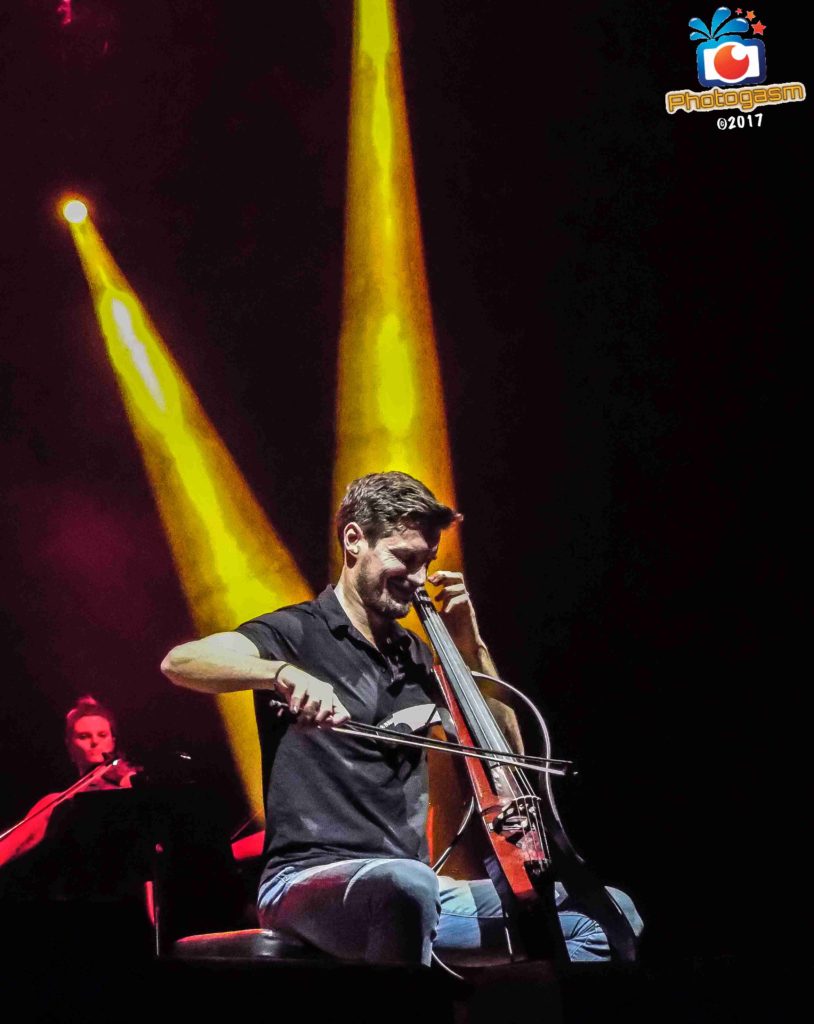 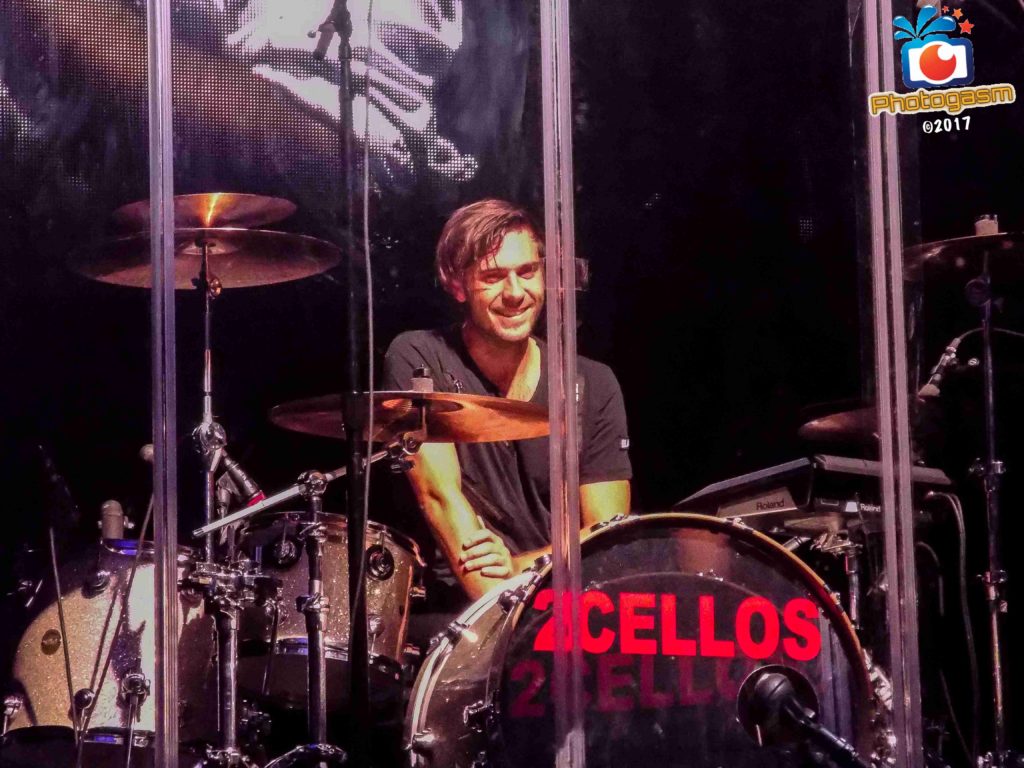 Okay, now on to the rock… Let’s not forget that THIS is really where most people got to know this dynamic duo. Over 400 MILLION views total over their entire catalog of videos. The most coming with their professionally produced version of “Thunderstruck” by AC/DC. From the first couple of rhythmic tappings on the sides of their high tech electric cellos; people knew exactly what was coming. Currently over 26 million views for the their cover of Michael Jackson’s “Smooth Criminal“; and here they were playing it live! All mixed in for this portion of the set list are the Michael Jackson song, Nirvana’s “Smells Like Teen Spirit“, The Rolling Stones’ “Satisfaction” and four AC/DC songs (“Thunderstruck”, “You Shook Me All Night Long”, “Highway To Hell” and “Back in Black”). “Satisfaction” included many call and retrieve moments with the duo starting it off; “I can’t get no…” and waiting for the completely in time and rhythmic answer by the audience; “SATISFACTION!”. The final song played before the brief break/encore was “Back In Black”; to which Stjepan plays a cordless electric cello and mimics the infamous Angus Young duck walk across the stage a couple of times while wearing battery operated bright red horns on his head. 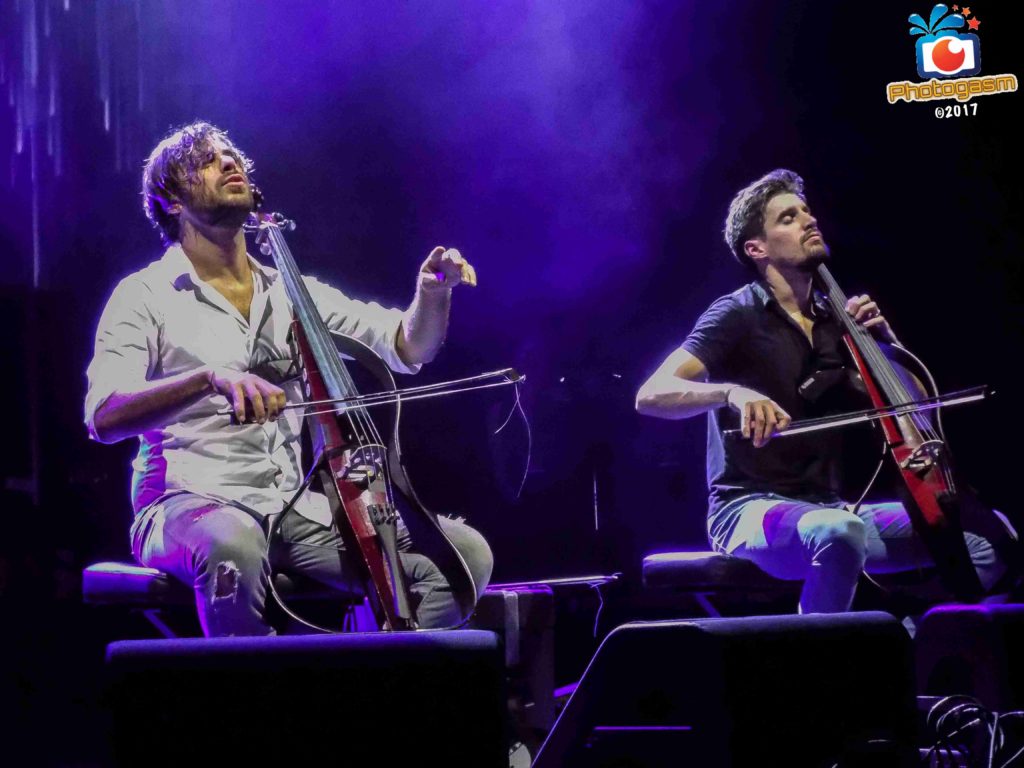 “You want more?” asks Luka. Followed very quickly by, “Thank you staying for the whole show. I think this is the first time this has happened!” from Stjepan. See? His comedic timing appears yet again. The audience remains on the feet as the 2Cellos start in with the “William Tell Overture” which everyone knew, from the videos, that this is where they include Iron Maiden’s “The Trooper“. Following this they did a rousing version of Avicii’s “Wake Me Up“. Ending this encore set was “Despacito” from Luis Fonsi; I had to look this one up I must admit. All upbeat and total pop; I was a bit lost. 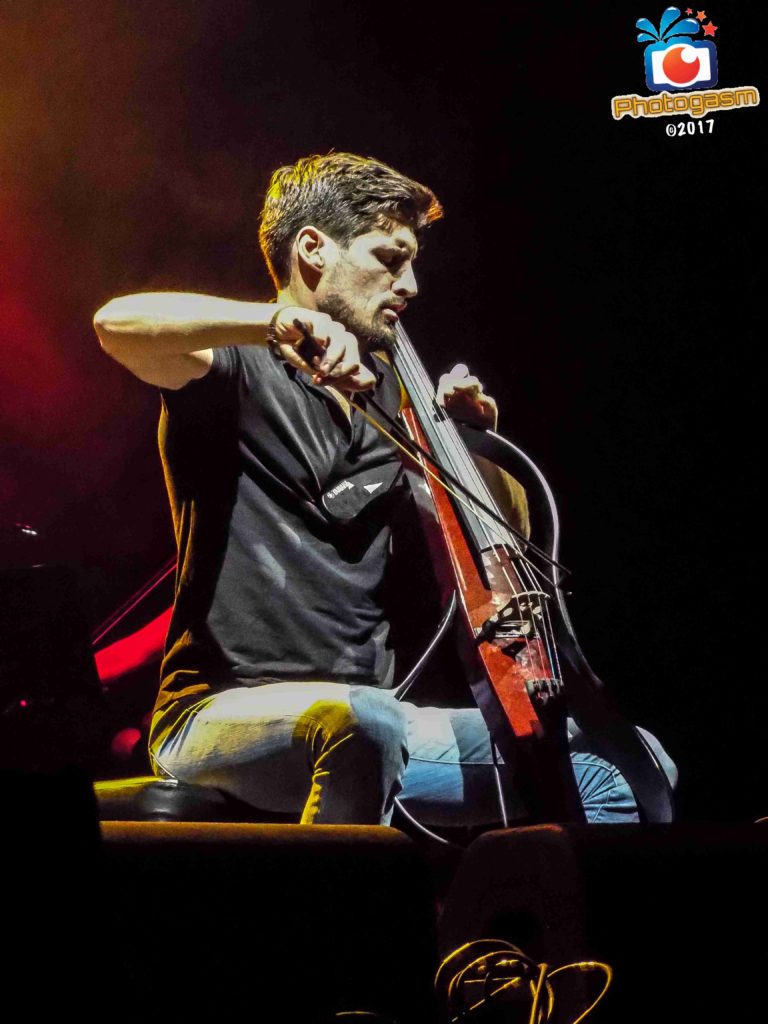 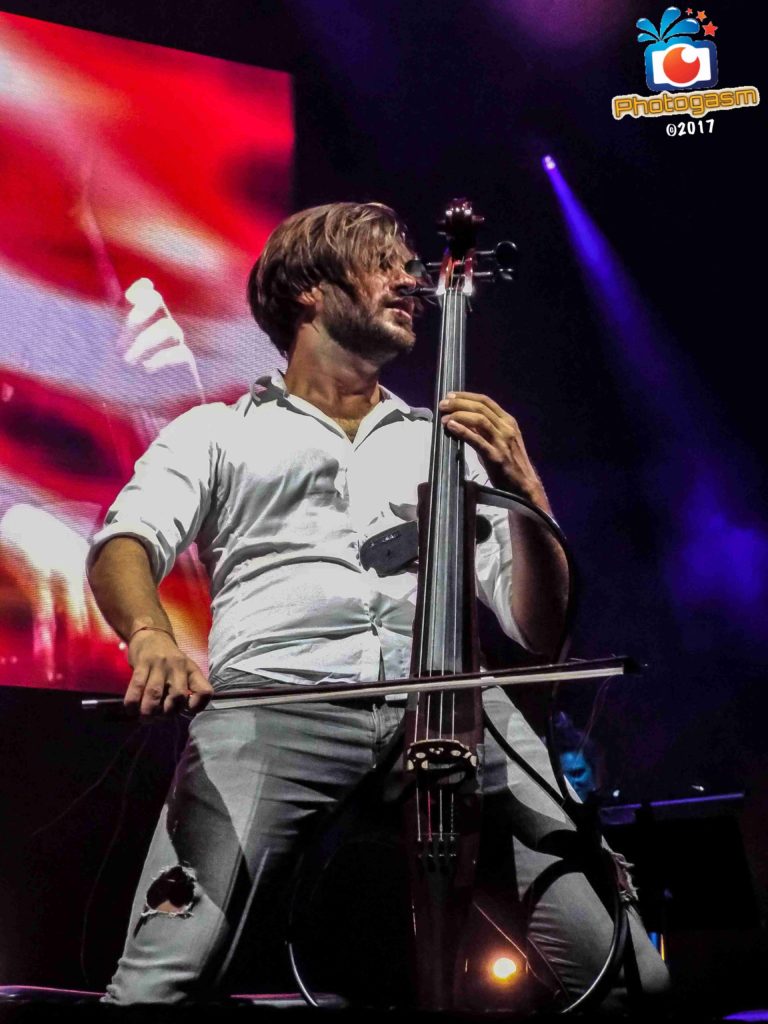 One final request from Luka regarding still wanting more… A very heartfelt thankful from the two performers and making note of all the fantastic musicians that shared the stage with them this night. Slowly and majestically they performed the final song for the night; “With Or Without You” by U2. Just them. Magic. Electric. Flawless. Inspired.

Following the performance I was lucky enough to have a moment to meet and get a photo with the 2Cellos and their drummer. All Croatians. All fantastic musicians. All wonderful human beings. 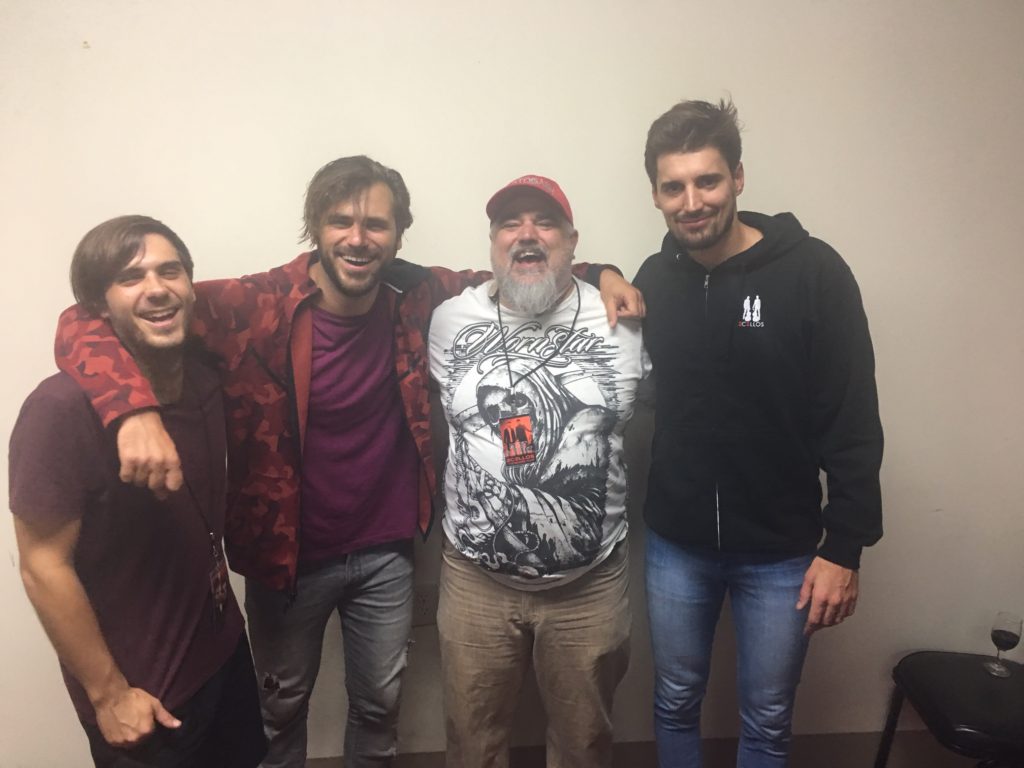 JUDAS PRIEST w/ QUEENSRYCHE – A Heavy Metal Evening at The...