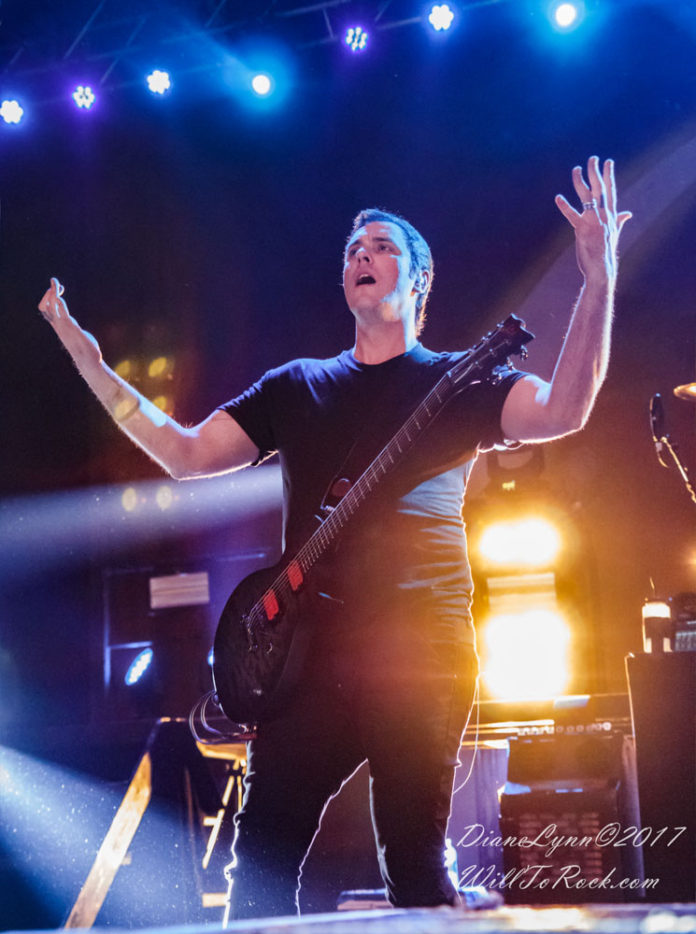 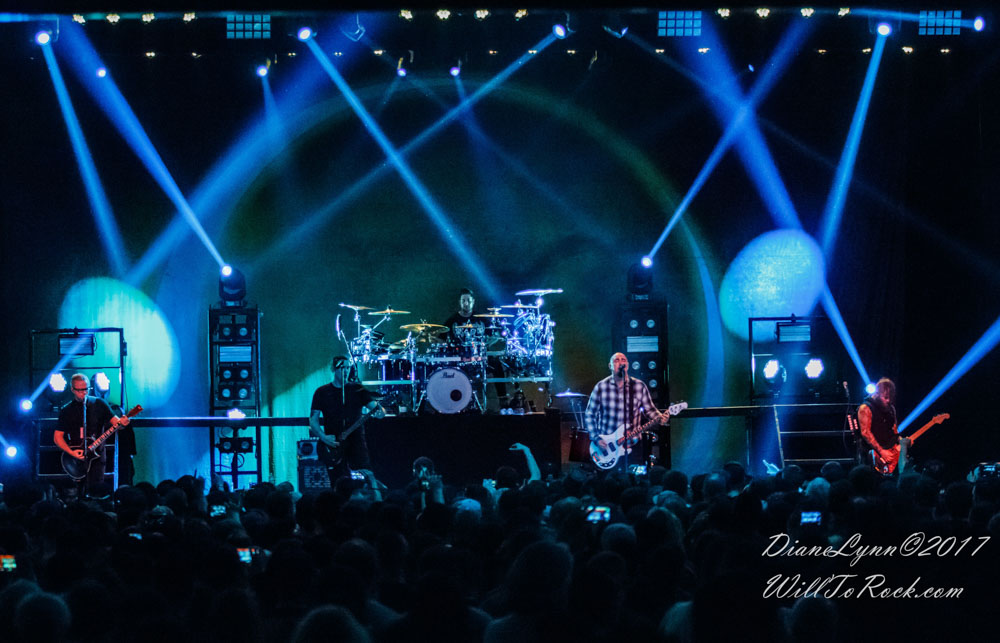 Last Wednesday night, Riverside Municipal Auditorium played host to Breaking Benjamin and a legion of their most ardent fans.
I thought I’d arrive a bit early for the show but it seems so did everyone else. As I neared the historic venue I could already see hundreds of eager fans standing in a line that took them completely around the building and down the street. No one complaining that they still had about 2 hours until show time; just sharing thoughts on what they were about to experience. 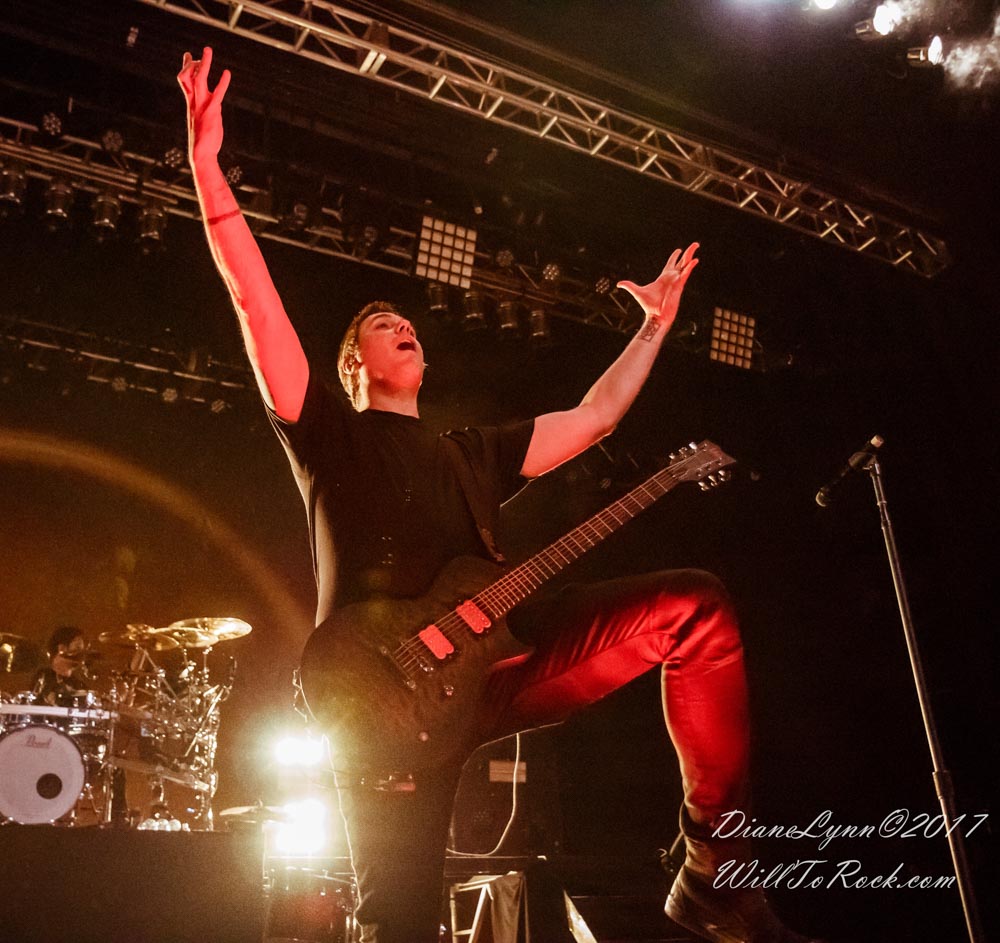 Breaking Benjamin took to the stage with a welcoming roar from the sold–out crowd.  Founder, singer and lead guitarist, Benjamin Burnley took center stage with a slight and brief grin, giving the Heart/Love symbol with his hands before the band tore into “So Cold” followed immediately by “Angels Fall”. 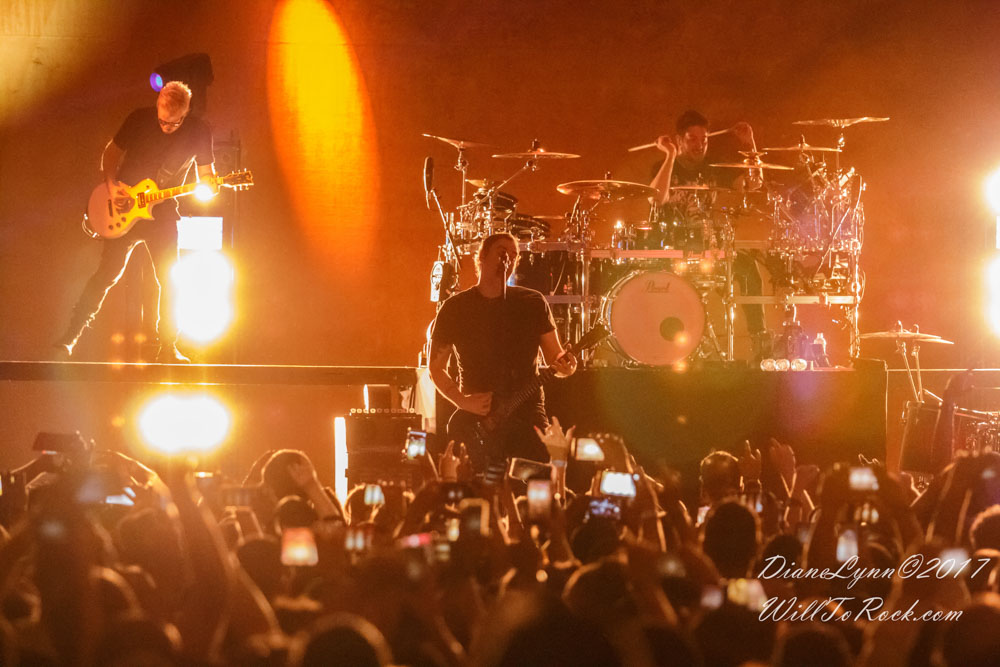 1 of 9
Breaking Benjamin originally started out (in 1999) as a 3 piece outfit, quickly moved to a four piece band and stayed that way for a while until a few years back when Burnley beefed up the group with the addition of ex-Adelitas Way guitarist Keith Wallen , former RED guitarist Jasen Rauch (RED being the opening act on this leg of the BB tour *Pics below), bassist Aaron Bruch and drummer Shaun Foist. 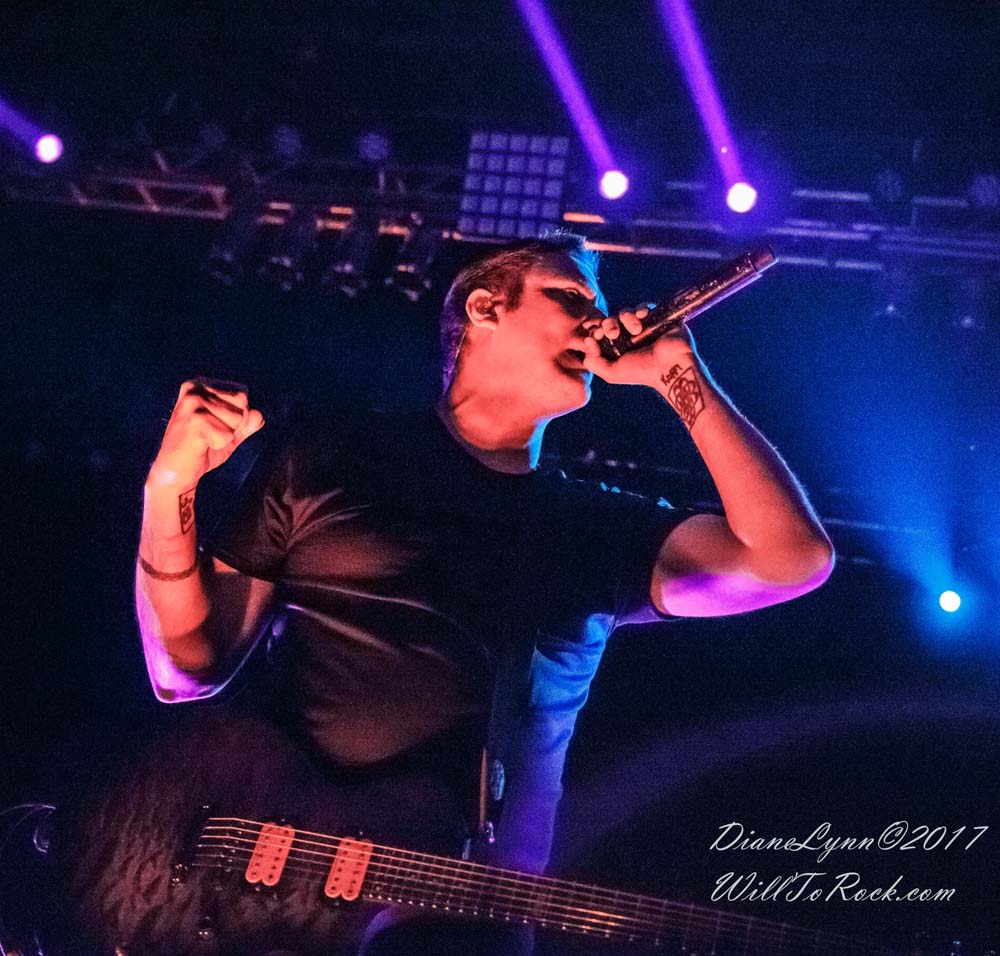 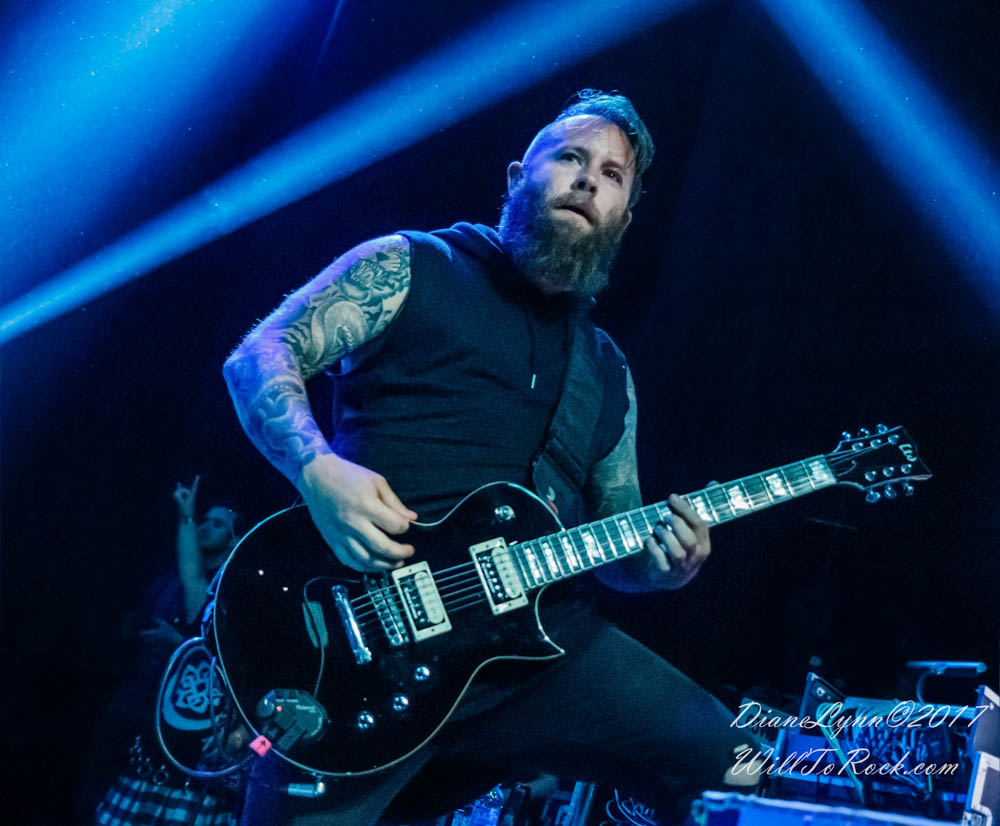 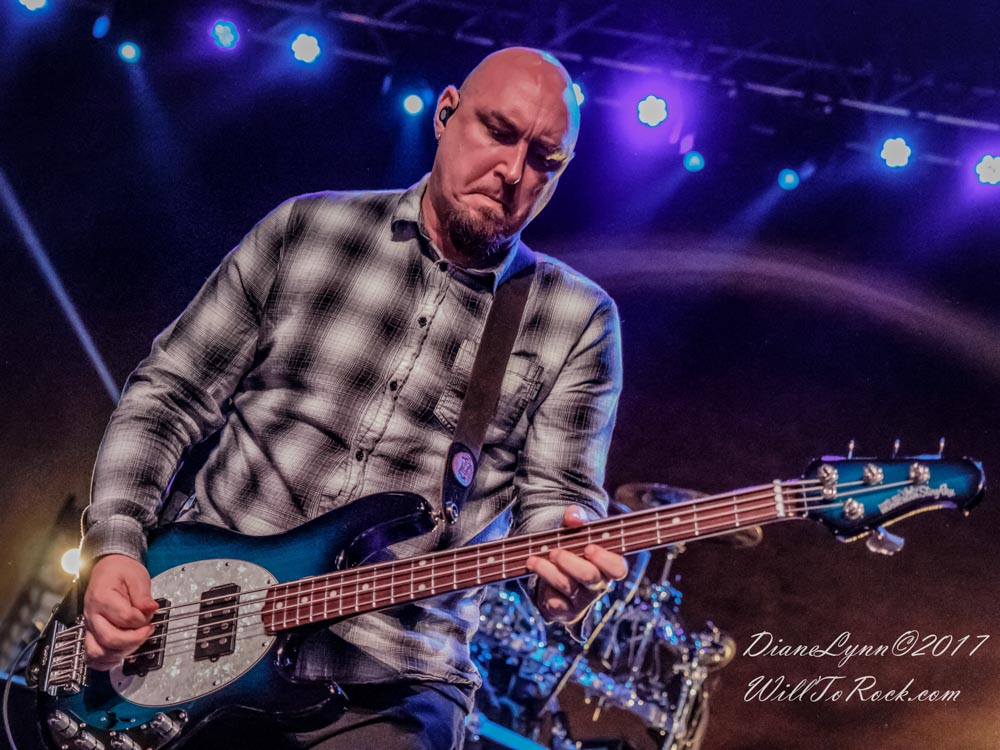 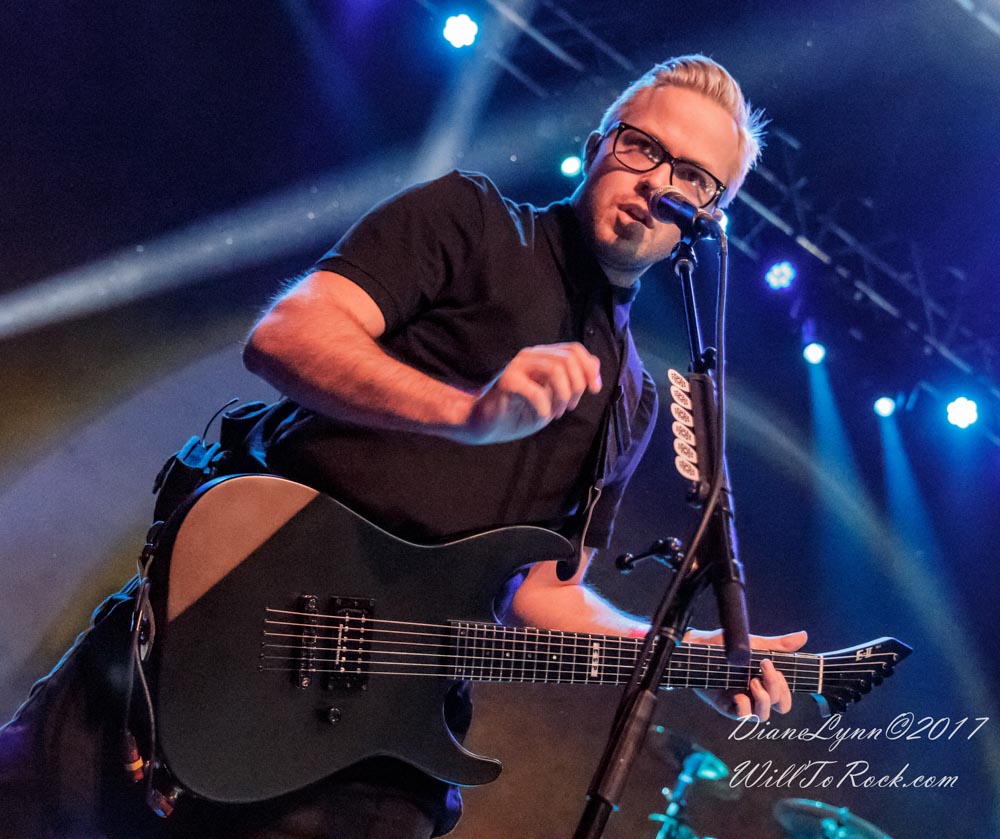 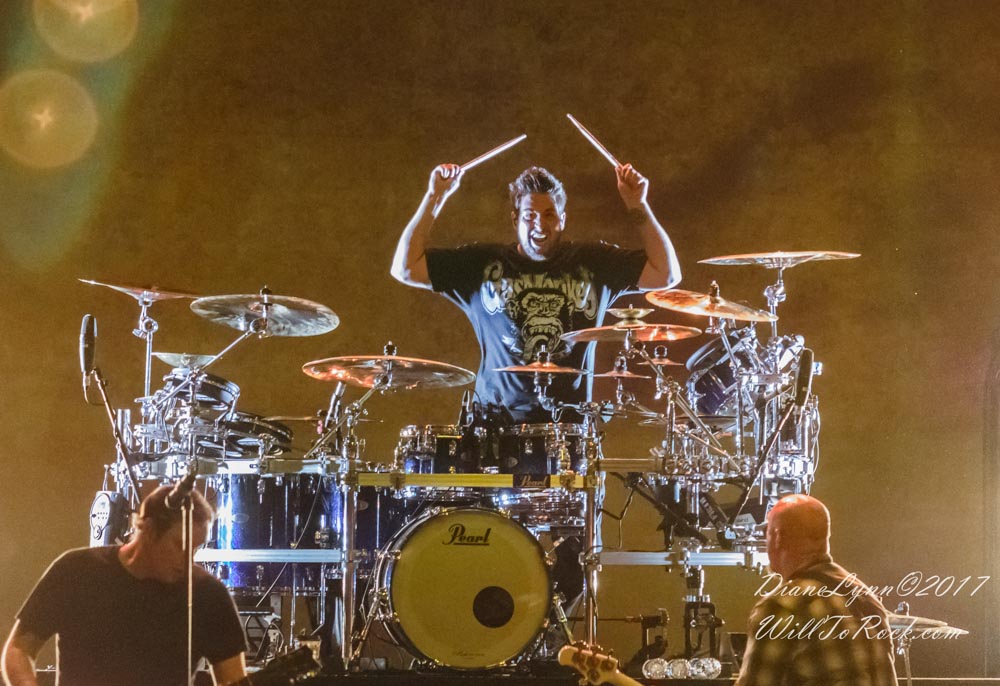 Throughout the show Burnley shared lead vocal duties with other members of the band such as Wallen on “Sooner or Later” and “Evil Angel”, and Bruch on “Believe”. They played a variety of their most popular hits including “I Will Not Bow” and “Breath” and mixed in tunes from their latest CD, Dark Before Dawn. They also played a medley of covers that included Metallica’s “Sad but True” and Tool’s “Schism”, but it was when they played Nirvana’s “Smells Like Teen Spirit” that they lit the place on fire!
As I walked around the venue during the show I noticed this wasn’t your ordinary, typical, laid-back, Los Angeles group of concert goers. These were true blue dedicated Breaking Benjamin fans, young and old alike. Just about ALL were up out of their seats, swaying arms and singing every word of every song.  Cell phones up, taking pictures and video, capturing the moment to take home and re-live again. 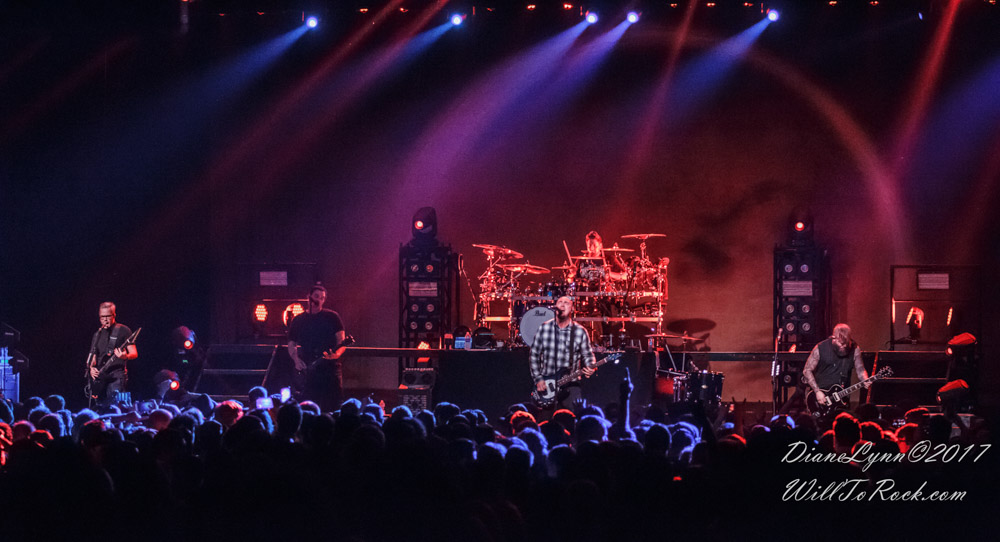 1 of 8
After the show had ended I noticed a small group of fans were still gathered at the stage. The curtains were left open while the equipment was being packed up and each person was hoping for some kind of souvenir to remember this amazing night. One lucky fan was handed a set list from a crew member.  It was nice to see that Breaking Benjamin have a large following that truly live up to the name “Fanatic”. 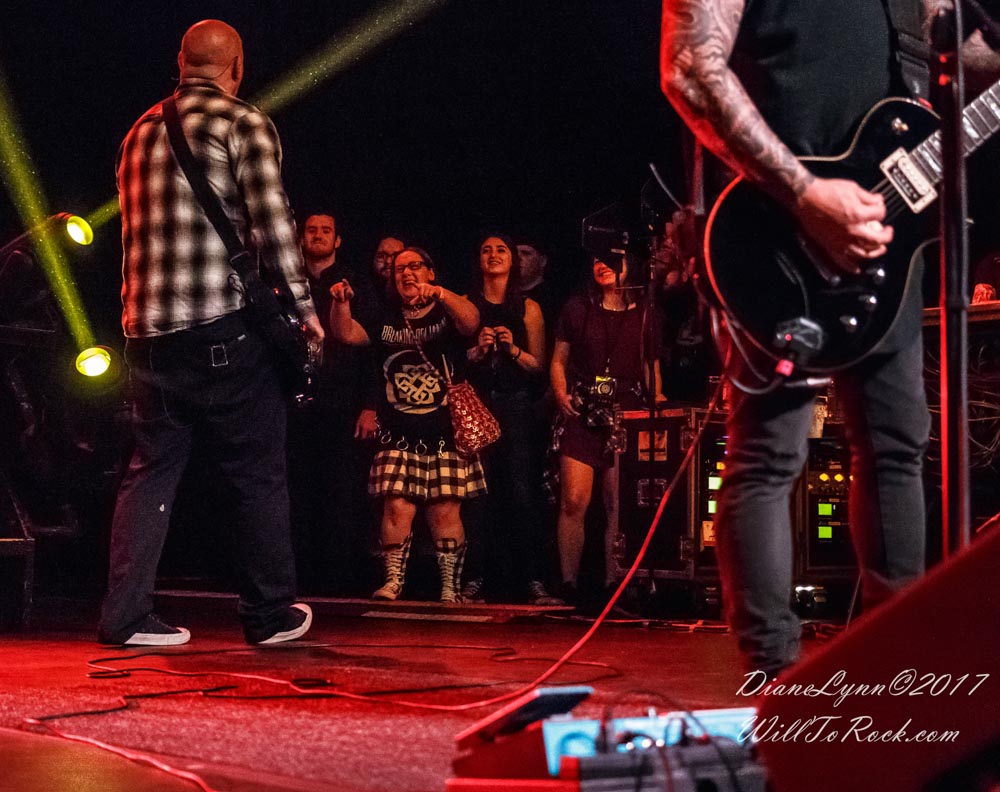 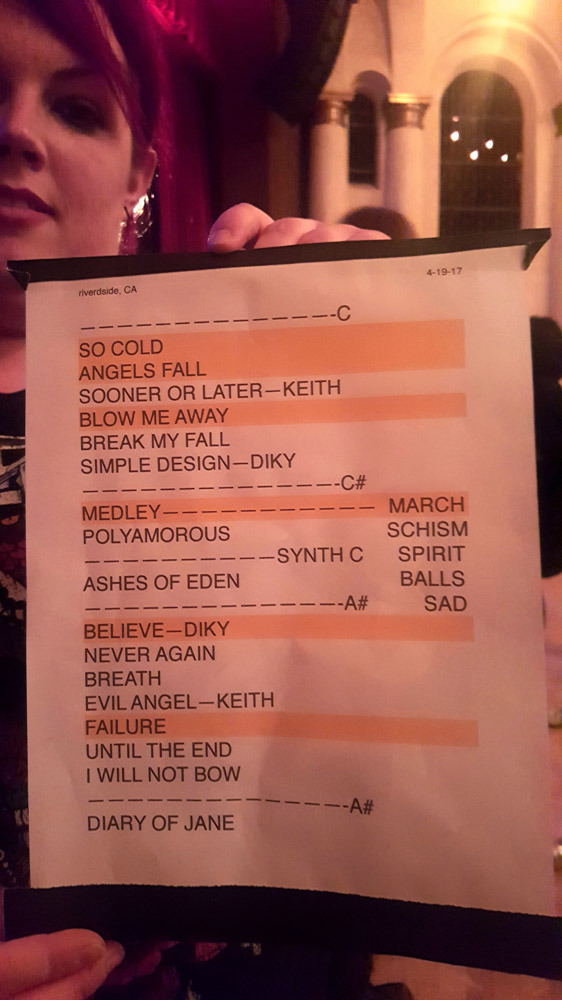 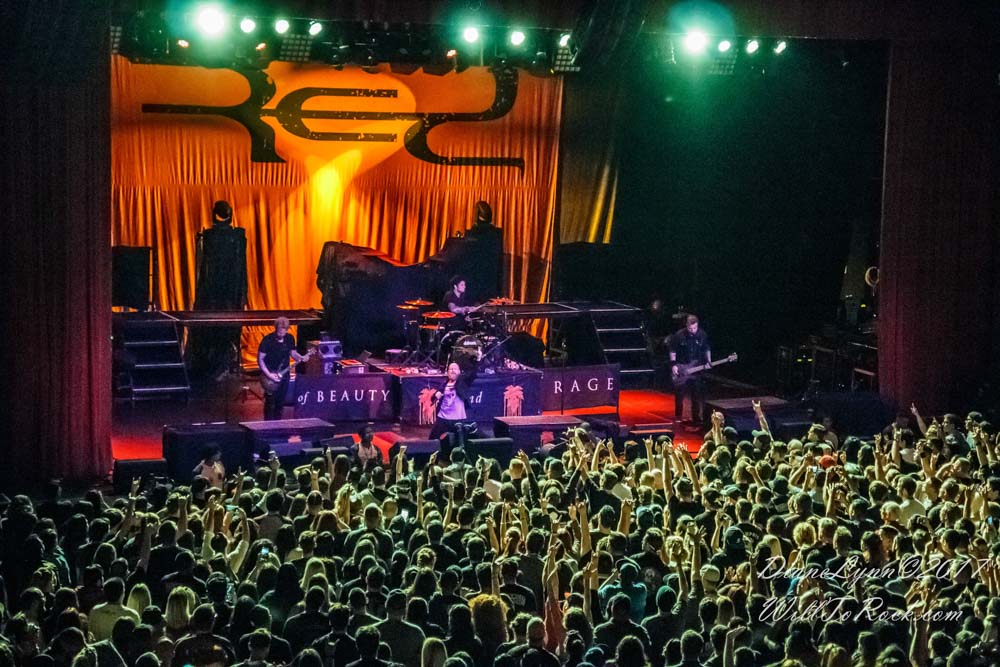