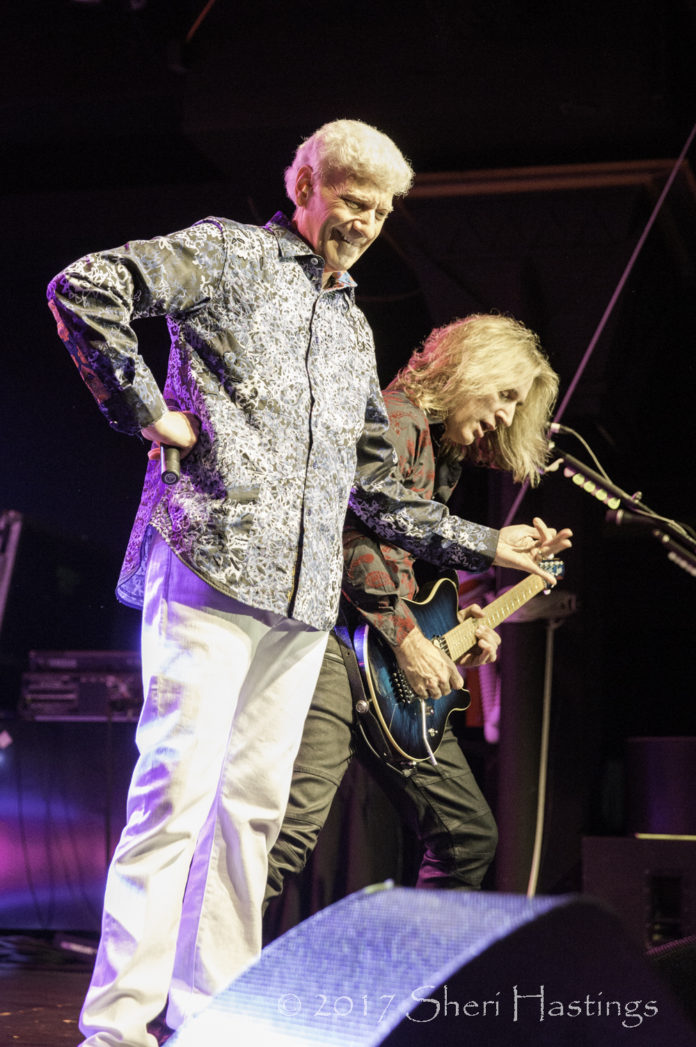 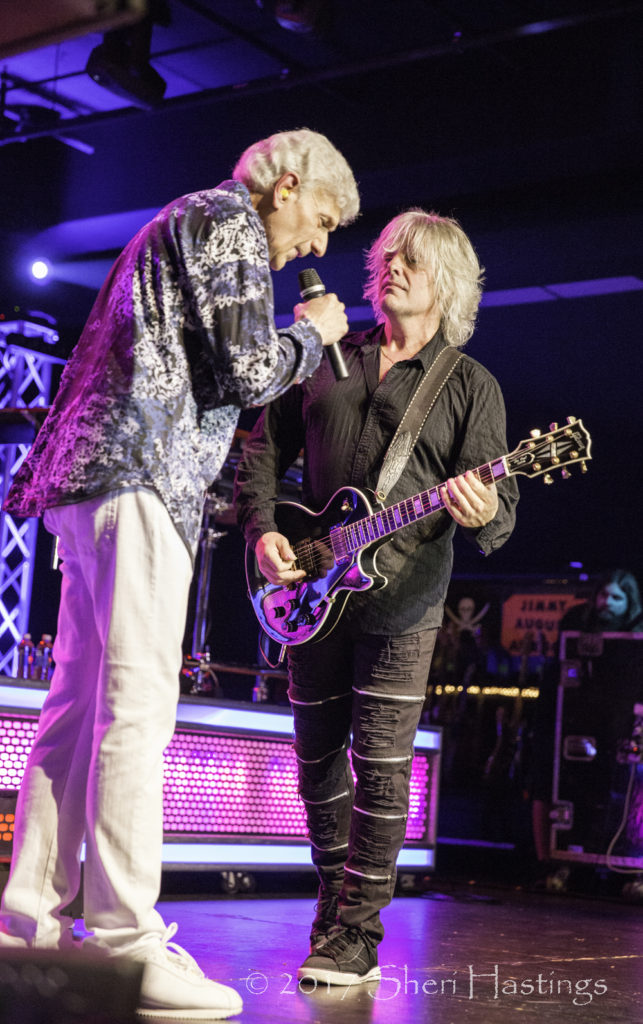 Admittedly, since Dennis DeYoung’s departure from Styx in the late 90’s, I have only seen him perform his solo show a handful of times as I have always preferred a more rocking show experience that STYX has been performing.  But, when he brought his “The Music of Styx” show to the Rose in Pasadena a couple weeks ago, I was very pleasantly surprised that what I got was indeed a rock show! 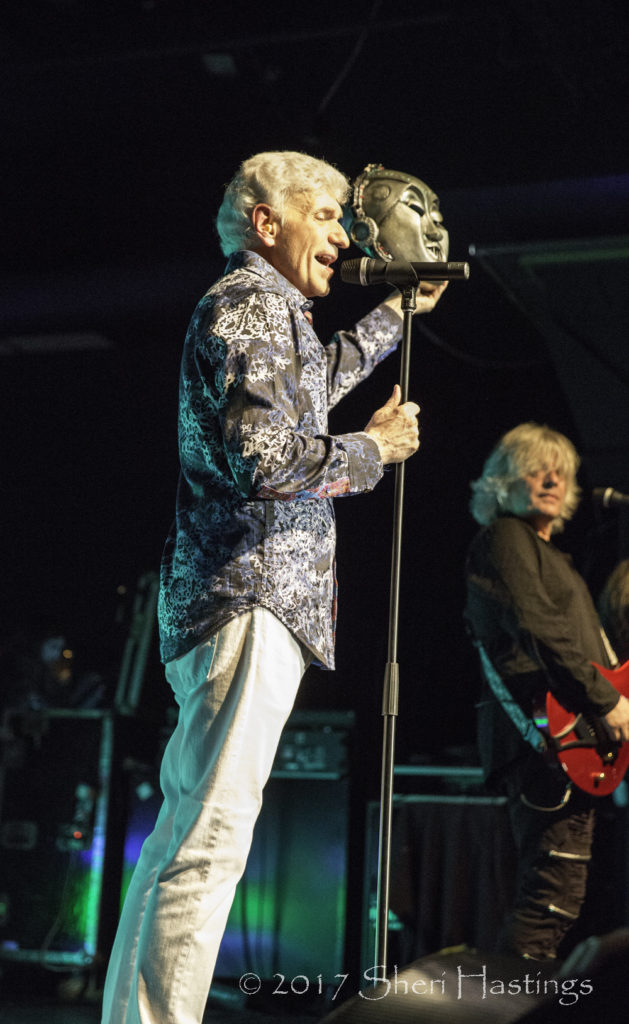 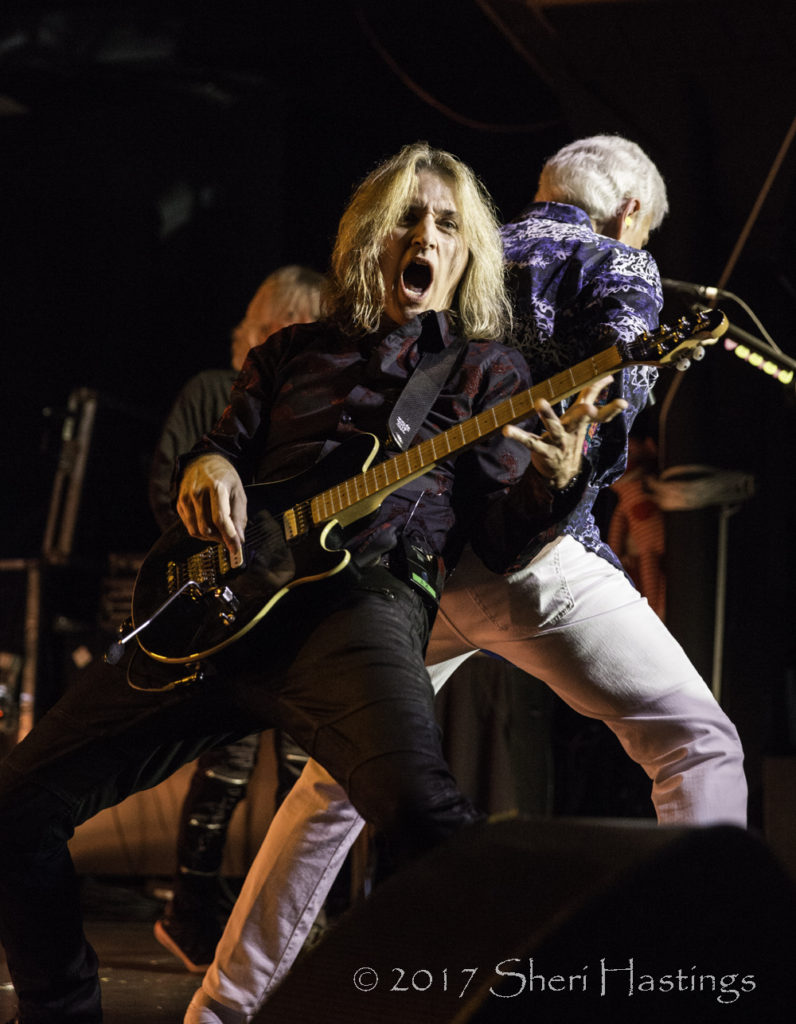 The 2-hour show was comprised of all Styx songs, with the exception of a song from one of his solo records, “Desert Moon”, and a cover of The Beatles’ “The End”.  Three or four of the Styx songs he sang I hadn’t heard in a long while, and it was great to hear them… even “Babe”, the beautiful ode he wrote to his wife, Suzanne (I won’t go into what we used to call that song back in the day…haha!), which he sang as Suzanne sat off to the side of the stage. Afterward, she joined him back on stage for a little romantic dance. 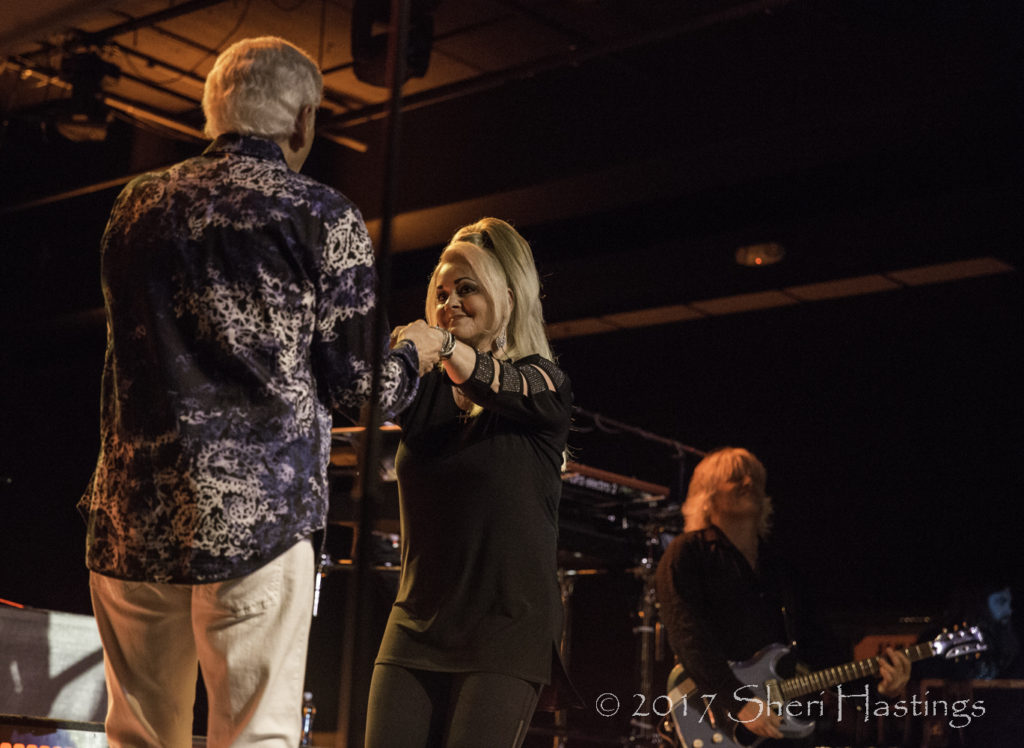 It’s hard to believe Dennis is almost 71 years old now, watching him performing on stage.  Even his voice is still holding up well, although not quite as strong these days (in my opinion).  I had forgotten how goofy funny he is.  He literally made me laugh out loud more than a couple of times, interacting with the audience throughout the show. 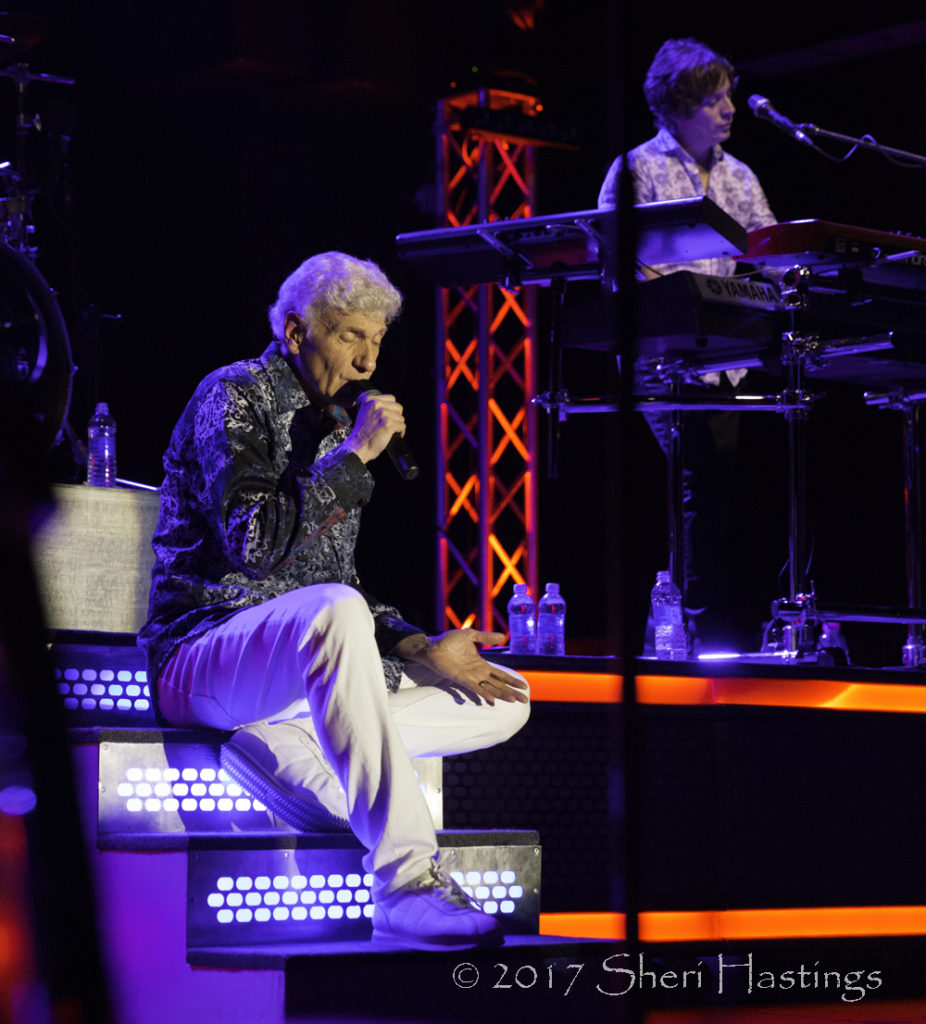 He has also surrounded himself with some amazing performers in his band.  Jimmy Leahey on lead guitar & also providing awesome vocals on “Miss America“.  August Zadra on guitar was unbelievable on “Crystal Ball“, “Blue Collar Man” & “Renegade“.  I swear, at times, if I had my eyes closed, it was Tommy Shaw up on that stage.  Well…interestingly enough, they have the same birthday!  Rounding out his fine band is Craig Carter on Bass, John Blasucci on Keys, his wife, Suzanna DeYoung on backging vocals, and the newest member of his band on drums, Michael Morales. 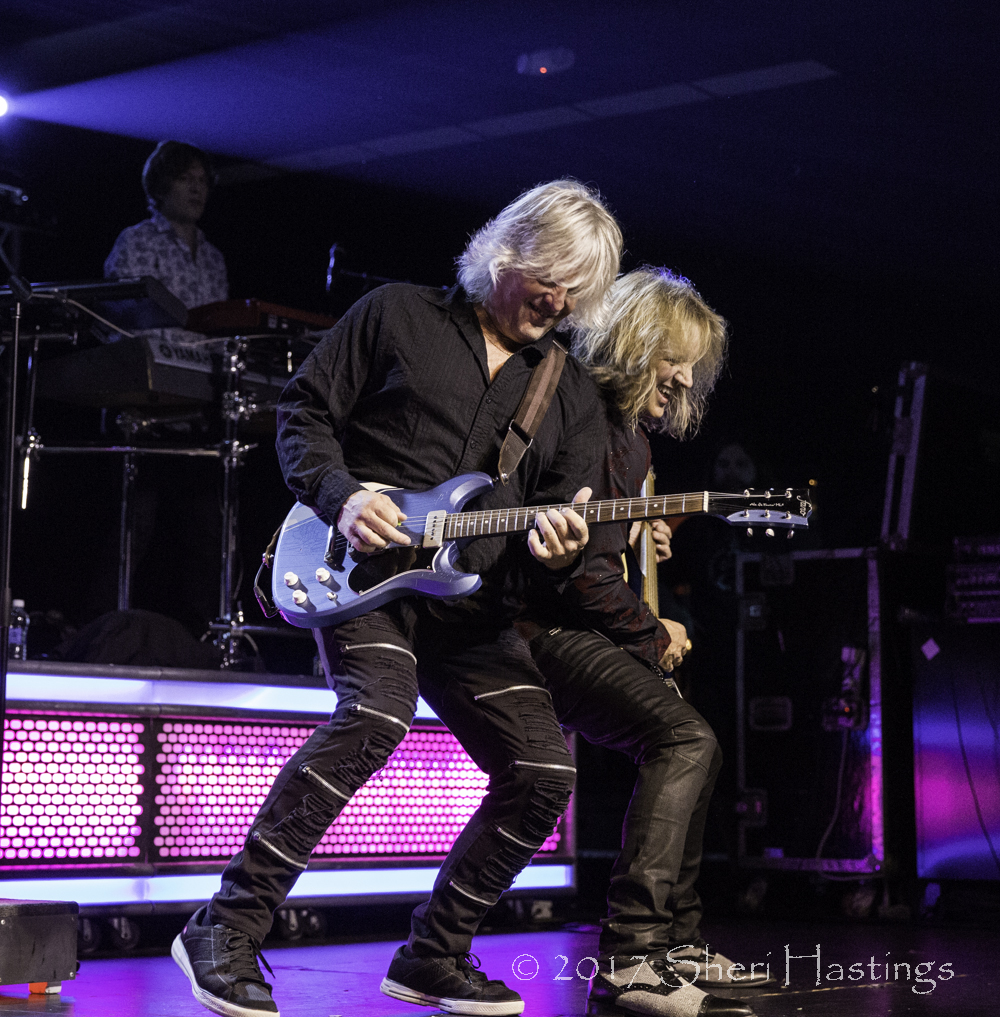 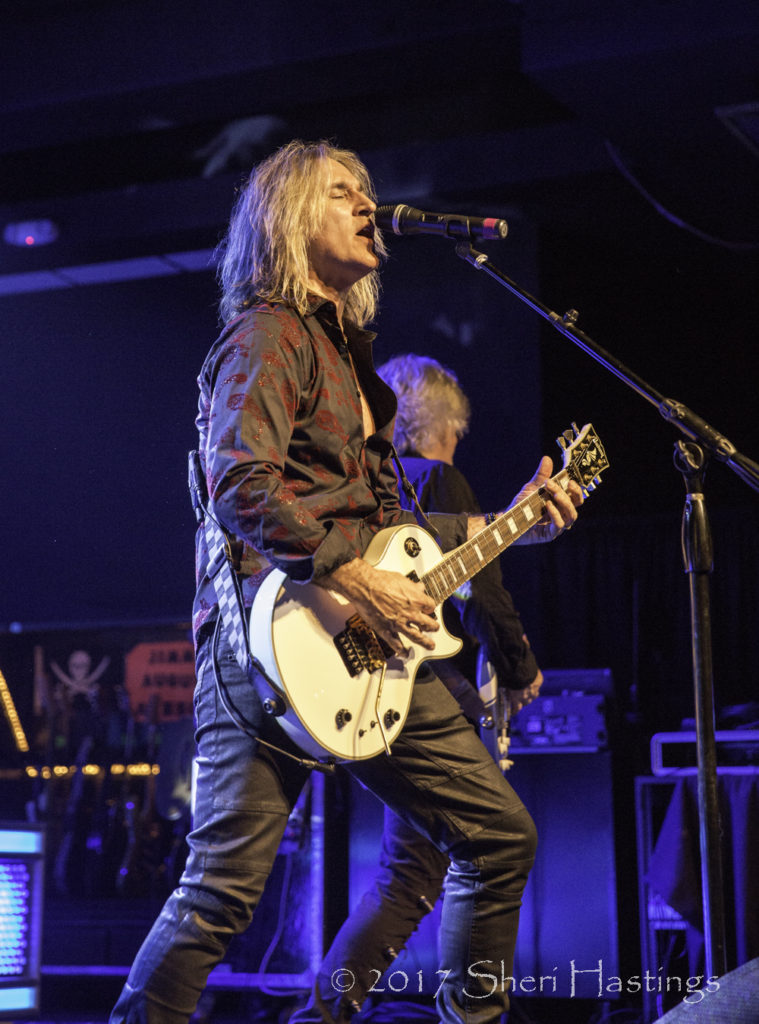 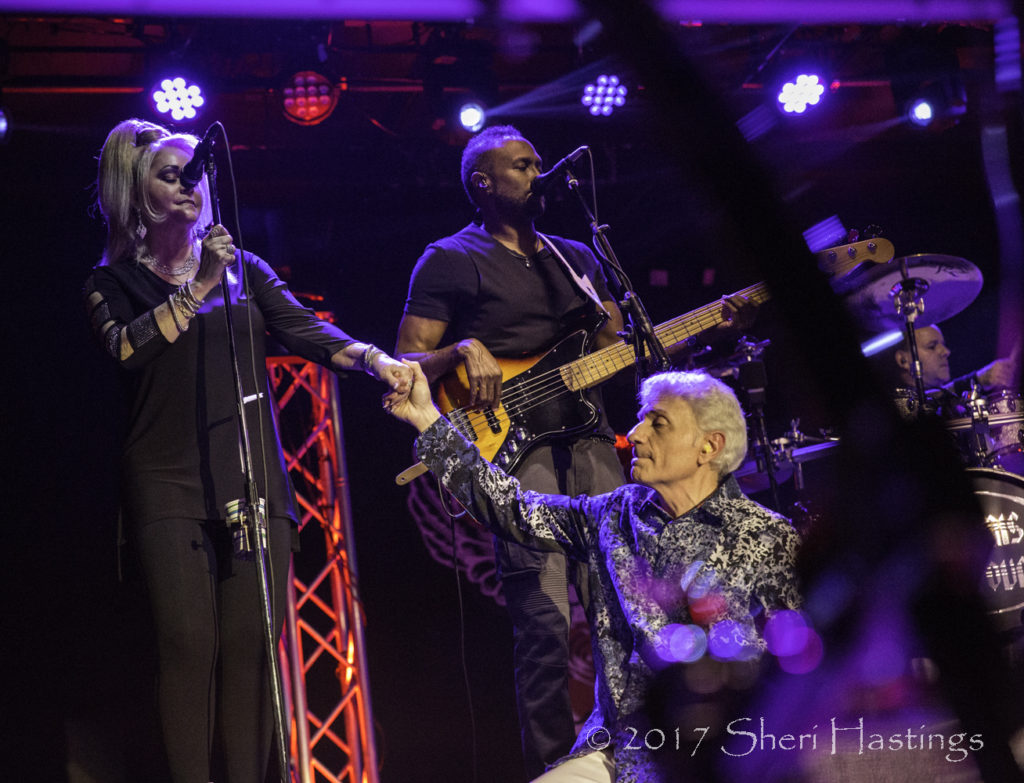 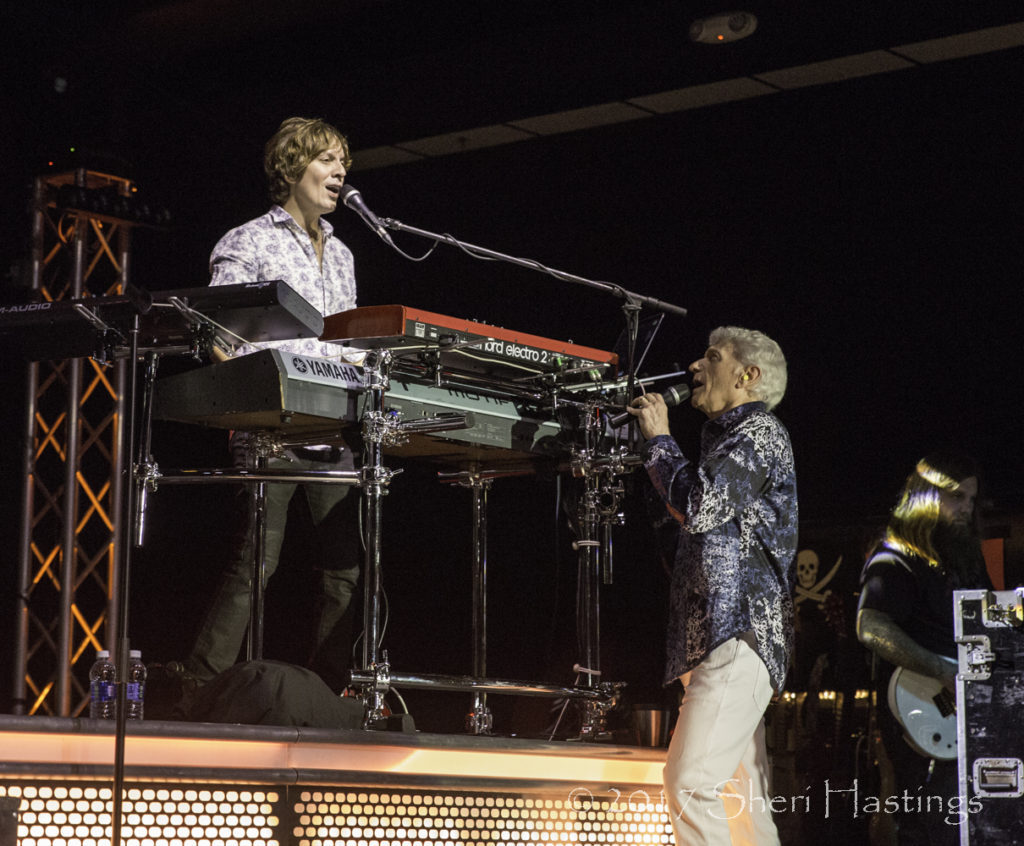 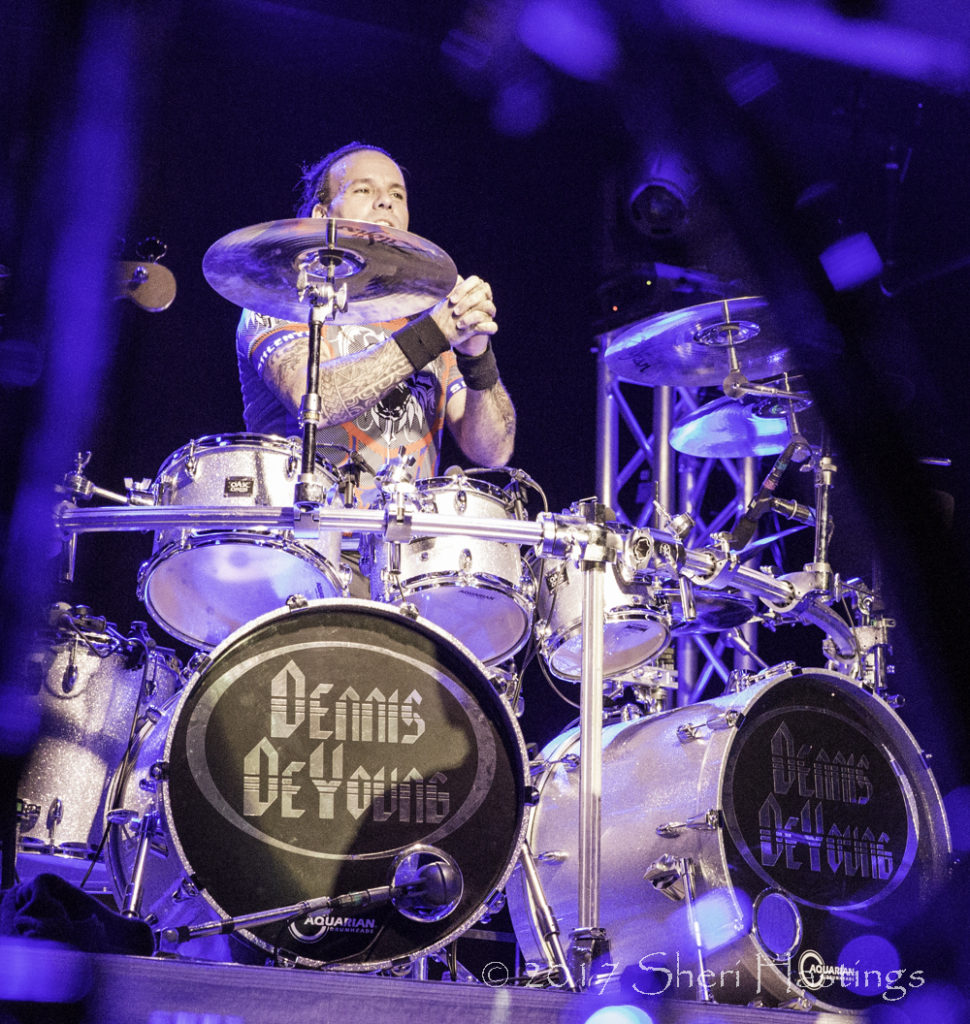 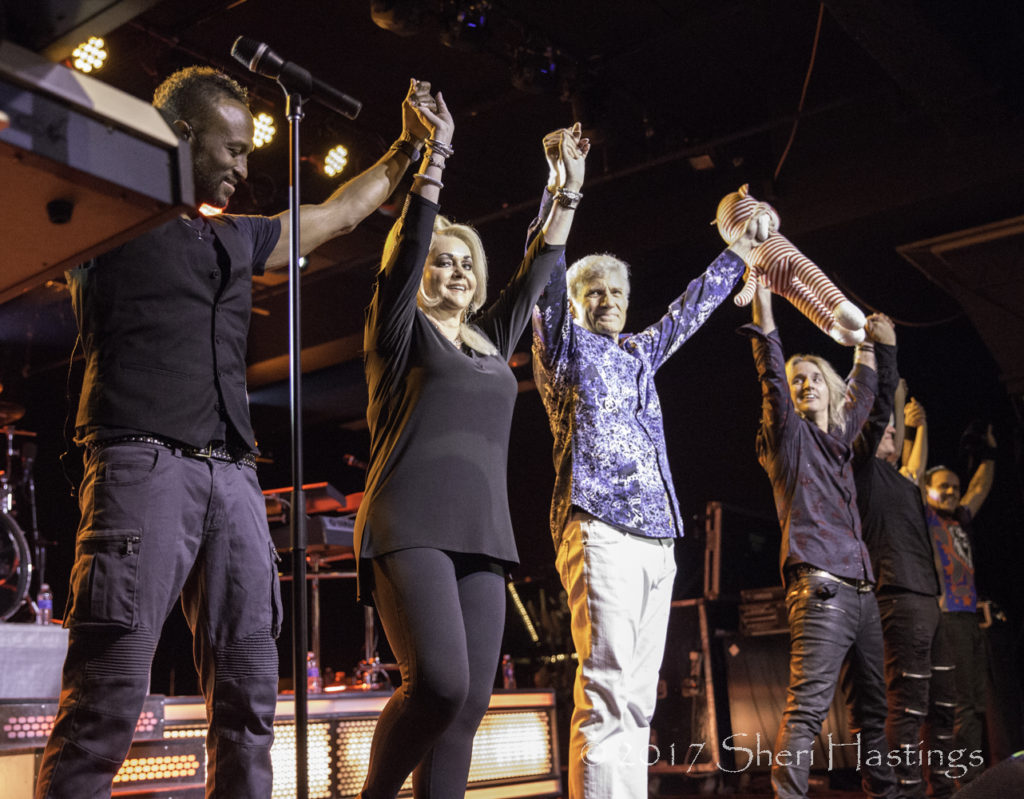 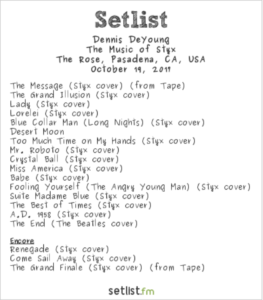 STYX perform “The Mission” in its entirety – The Palms –...