Stiff Little Fingers, The Bouncing Souls, Rancid, and The Dropkick Murphys are four bands that made punk rock what it is today. Seeing any one of them is a memorable experience, but seeing them all in one night is EPIC! July 30th, 2017 was one of those epic nights, when the “From Boston To Berkeley” tour came to Cleveland, Ohio! 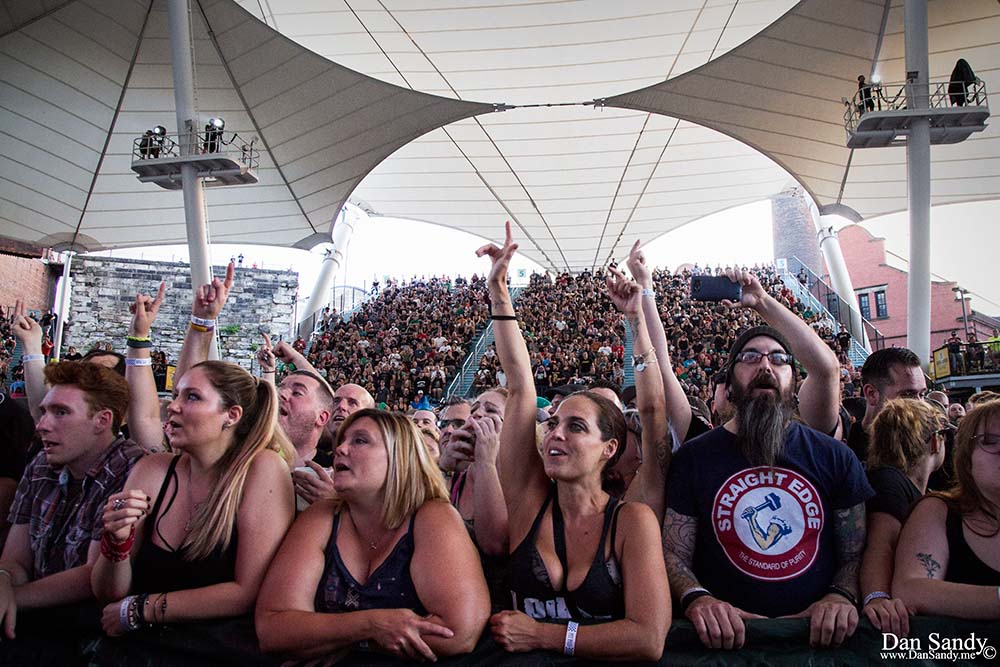 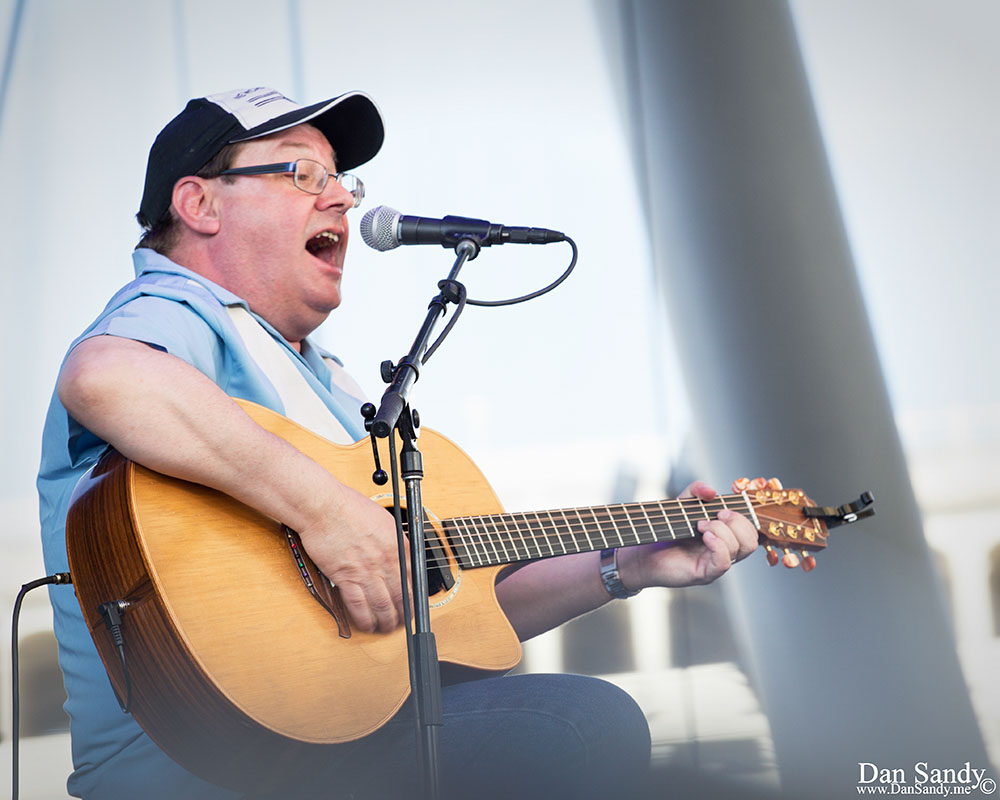 As the sold-out crowd filled Jacobs Pavilion, Jake Burns (Stiff Little Fingers) started with an accoustic set that delighted young and old alike.  Punk rock origins with a folk-like delivery made for uniquely enjoyable show.  It sounded much like Dylan or Donovan in the 70’s, but with an edge. It’s not what you’d expect to see at a punk show but it was a good contrast to the other bands. “Gotta Get Away”, and “Alternative Ulster” stood out as show favorites among the other songs by Stiff Little Fingers that Jake performed. He may have had a short set, but it didn’t make it any less enjoyable! 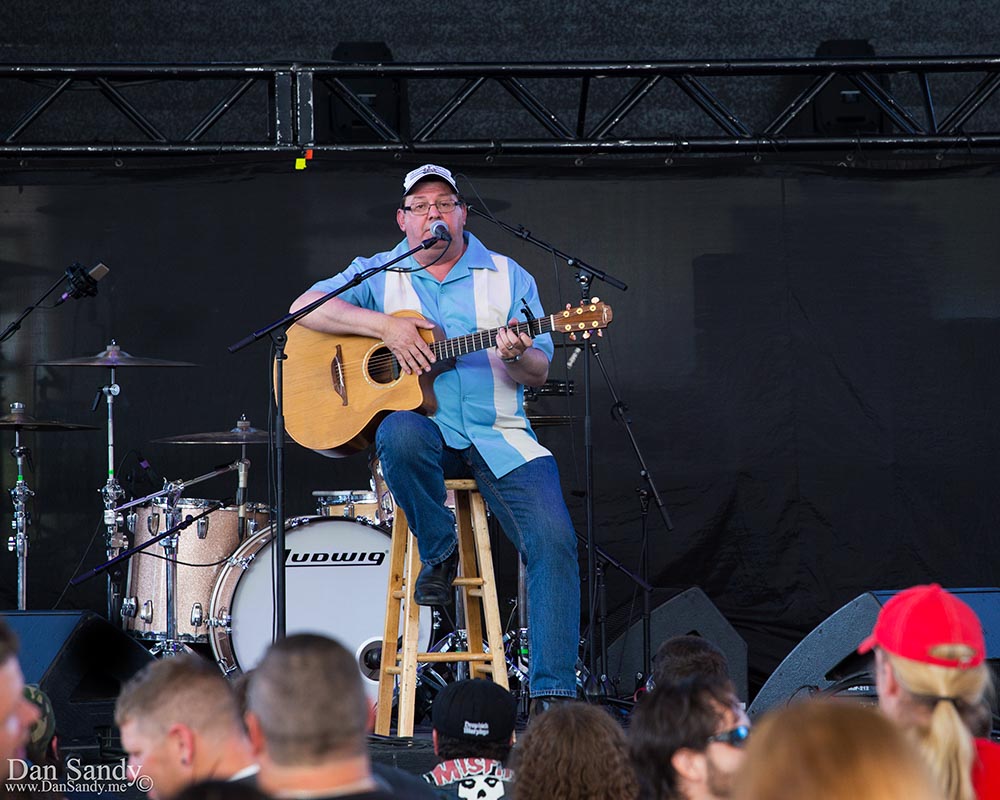 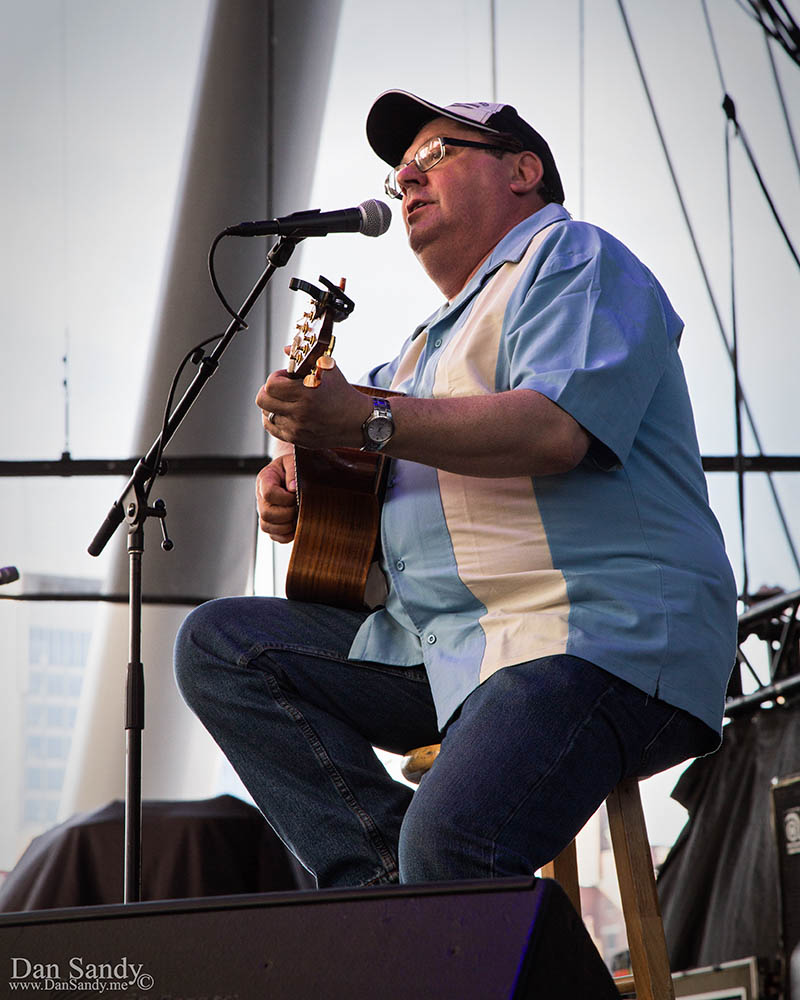 Not long after Jake Burns was done, the unmistakable sound of the The Bouncing Souls rang through the venue.  The mosh pit was fairly small following the accoustic set by Jake, but quickly grew as “Manthem” gave a breath of life to the crowd.  By the time “The Ballad of Johnny X”, and “True Believers” were played, everyone was fully engaged and moving in unison.  It didn’t matter what they played during the show because they killed it, just as they always have! 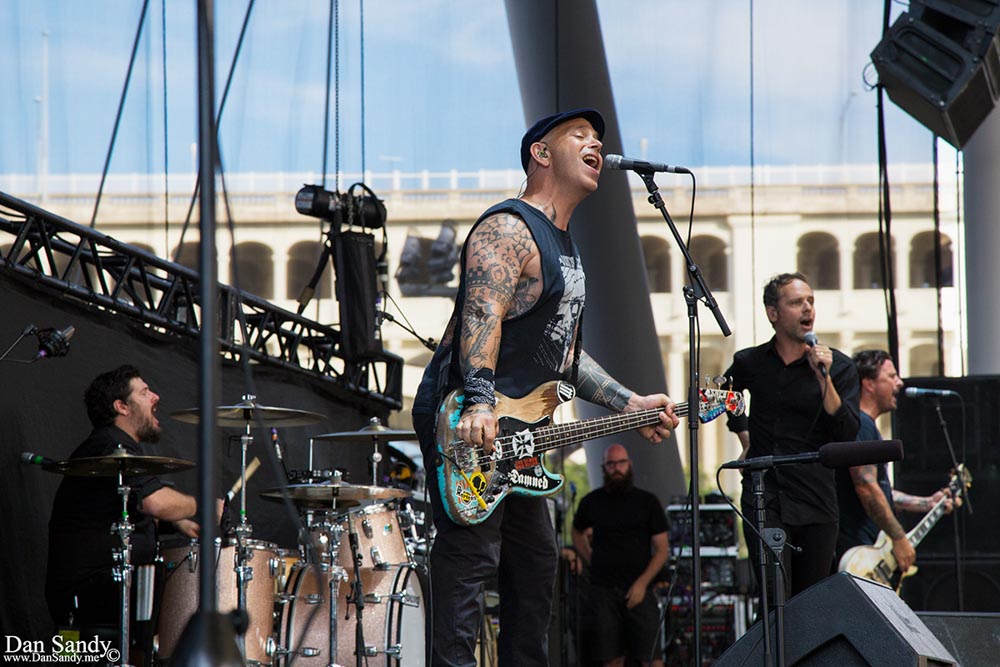 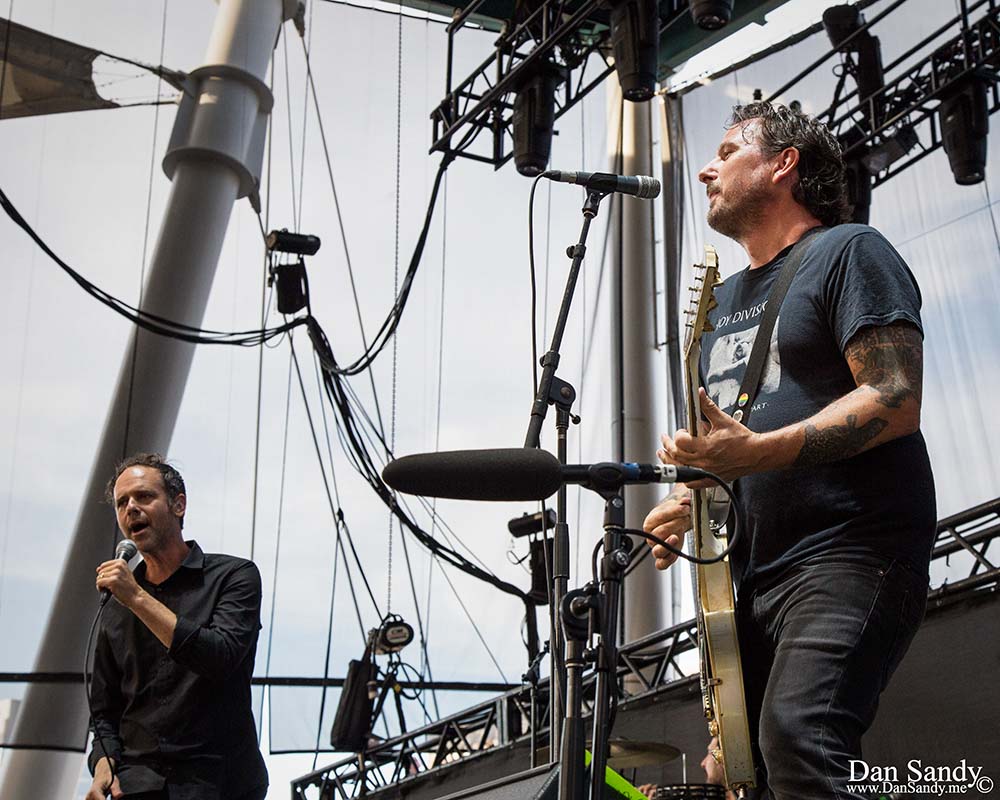 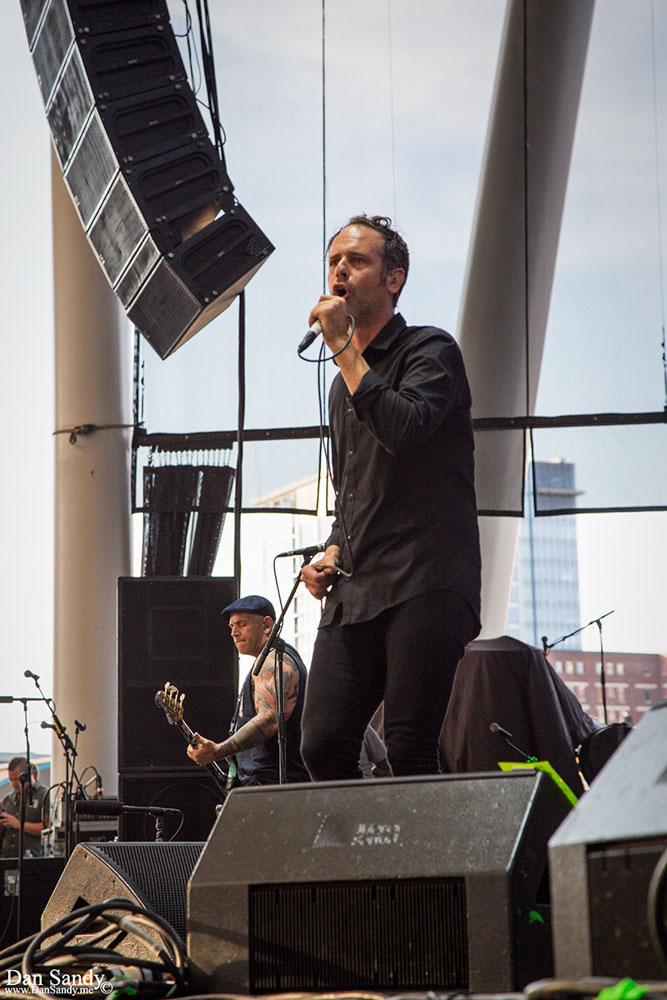 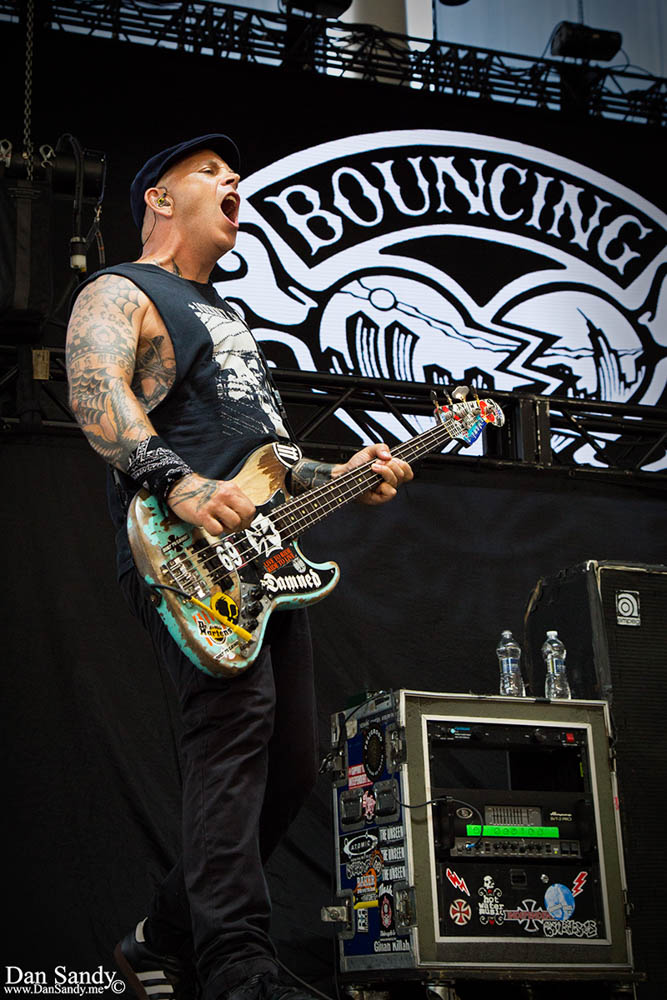 As shoes, beers, and bodies were flung high above the mosh pit, it was clear that blood alcohol levels were rising.  To throw fuel on the fire, Rancid was up next and they were explosive! 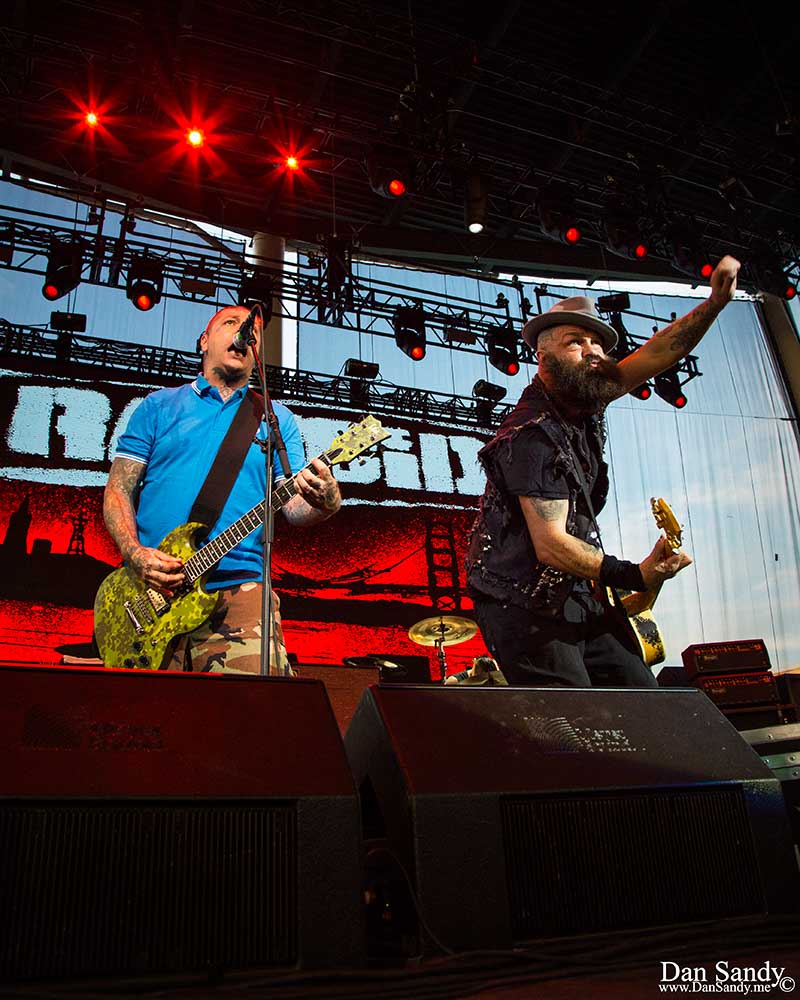 The sea of people went crazy when the blazing guitars, catchy melodys, and screaming bass rifts came from their hard-hitting performance. Rancid shredded through “Maxwell Murder”, “Nihilism”, and other greats with undying passion which made the pit errupt with energy. 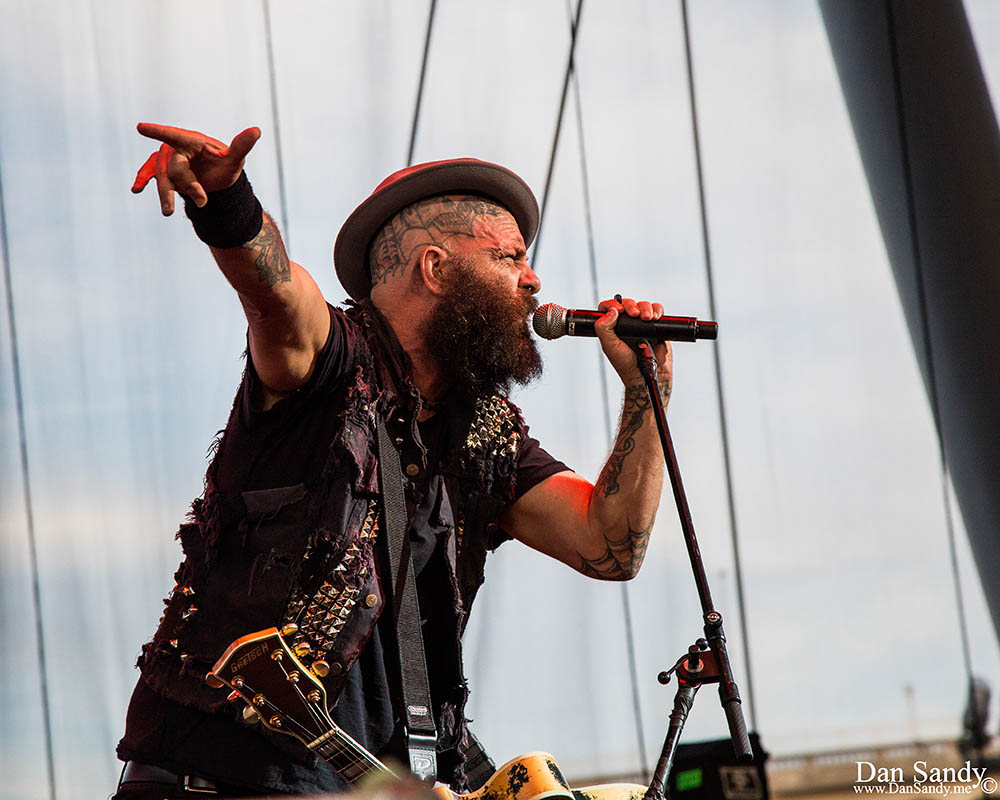 Almost 3 decades of delivering hits makes this band a force to be reckoned with.  After thanking the audience for their support over the years, they ended their set with “Ruby Soho” where they encouraged everyone to sing along.  After seeing their performance it’s easy to see why they’re one of the most sucessful punk bands of all time. They put on one hell of a show to say the least! 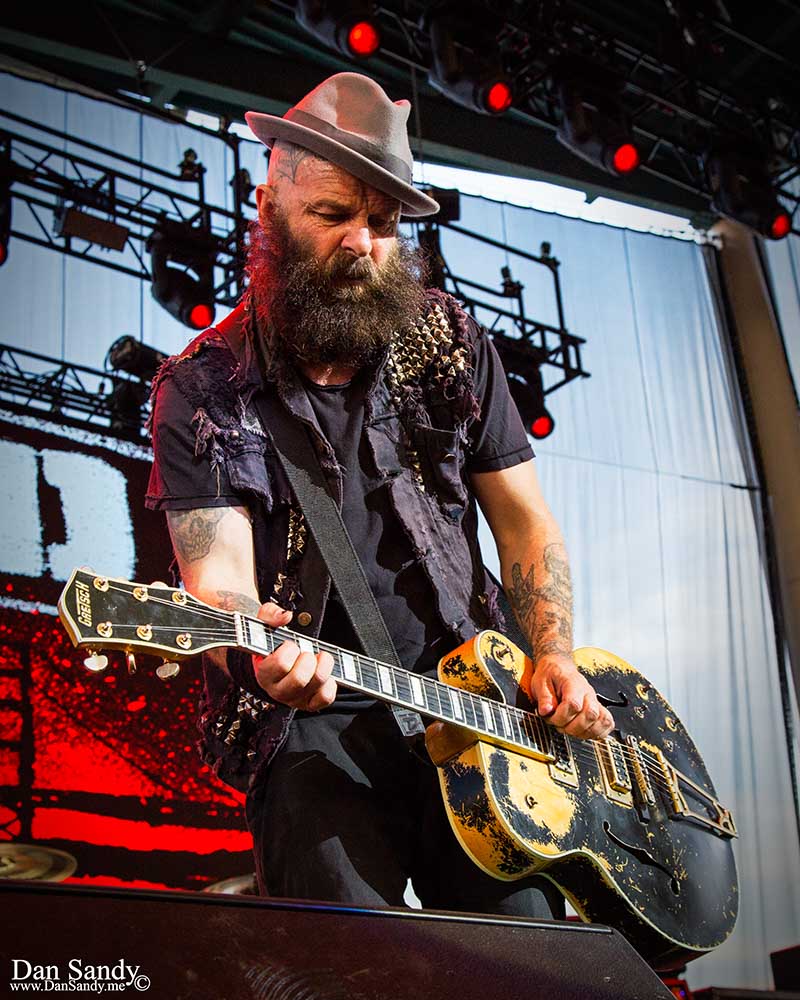 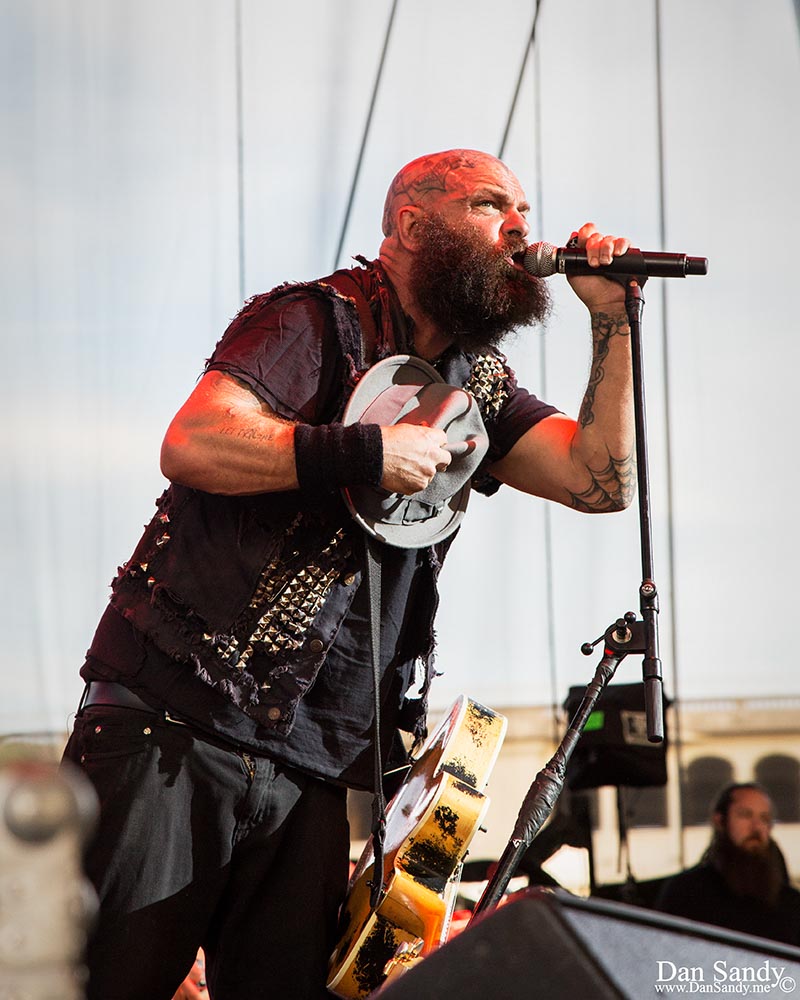 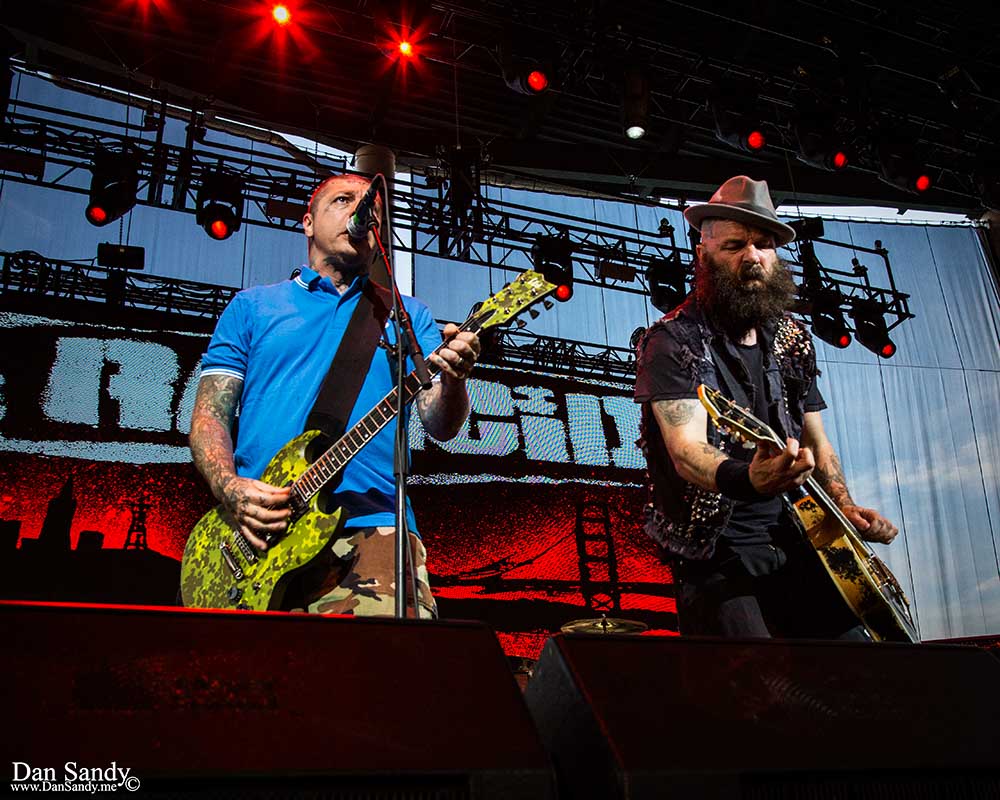 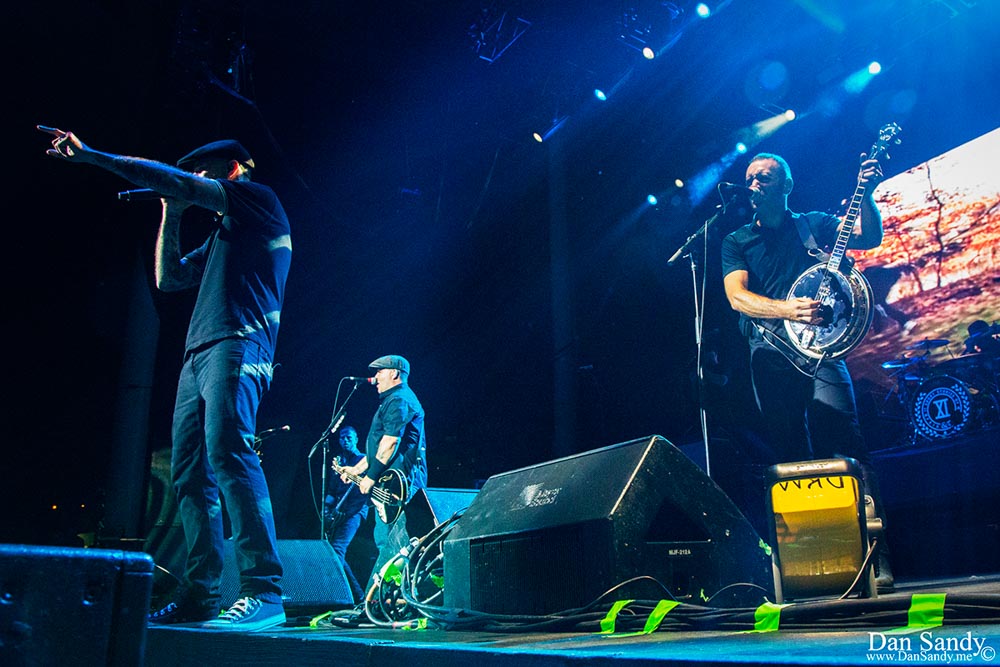 The final act of the night were The Dropkick Murphys, who started touring in February to promote their 9th and newest studio album “11 Short Stories of Pain & Glory”.  The band describles the album as “…moments of ass-kicking, Celtic punk attitude, ball-busting wisecracks, tear-jerking confessions, and the kind of upbeat words of wisdom that can be chanted loud and proud across arenas and stadiums worldwide”.   From what I’ve seen, all of that is true and then some.  This album brings light to many social issues currently affecting society, which only highlights the band’s unwavering dedication to their fans and the future. 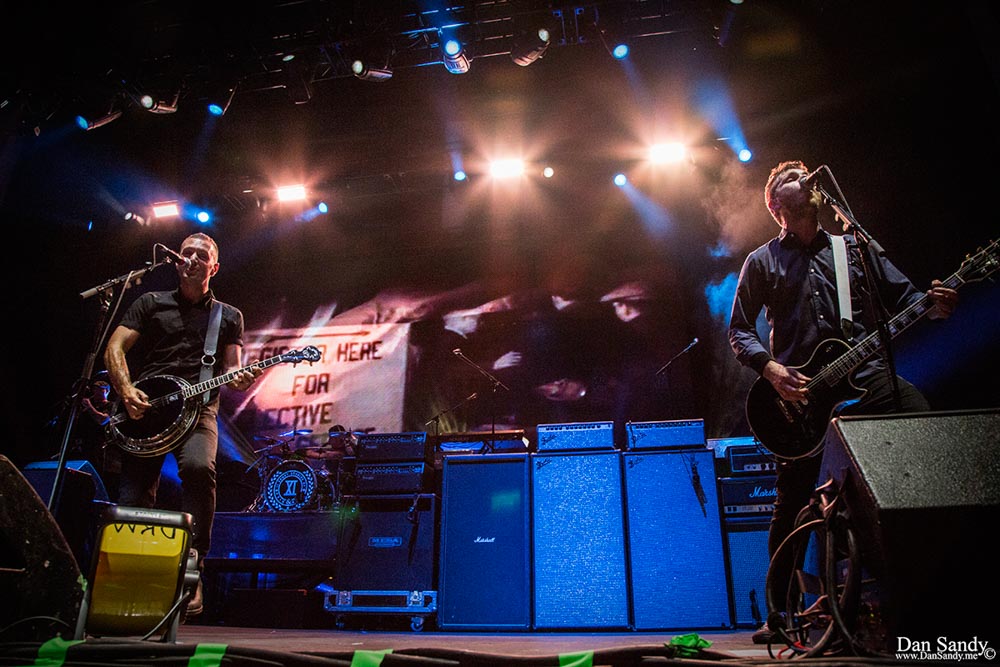 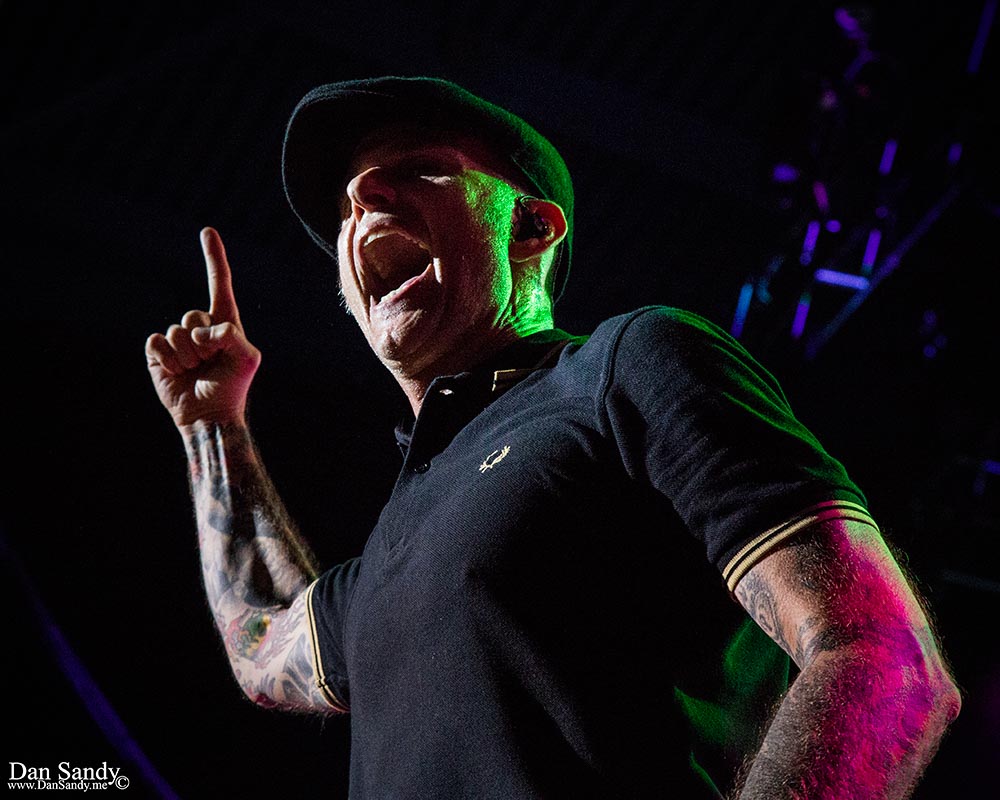 From their inception, The Dropkick Murphys have had their hand in helping the community around the greater Boston area.  They’ve done this through fund raising, mentoring, community service, and even founding the Claddagh Fund in 2009.  Dropkick Murphys started this fund to help support addiction recovery, as well as to support different organizations that help children and war veterans. Their dedication to community shows, in the very name of the band, was inspired by a famous rehab center started in Boston, MA in the 1940’s by former Pro Wrestler and Doctor of Osteopathic Medicine, John “Dropkick” Murphy. 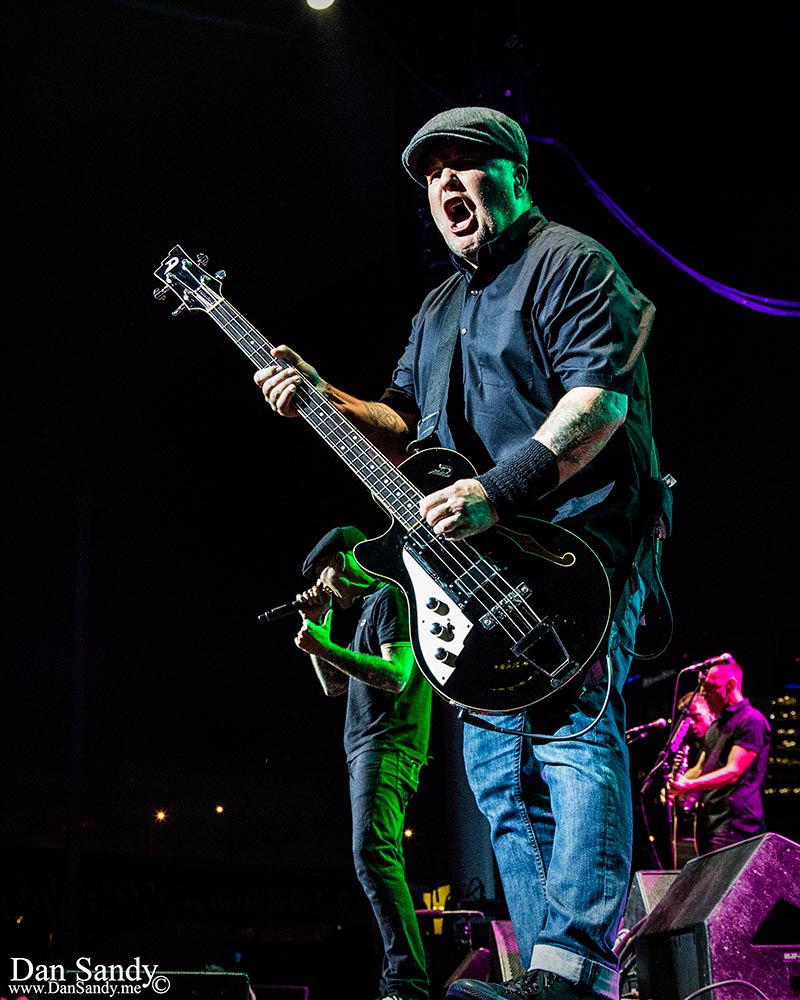 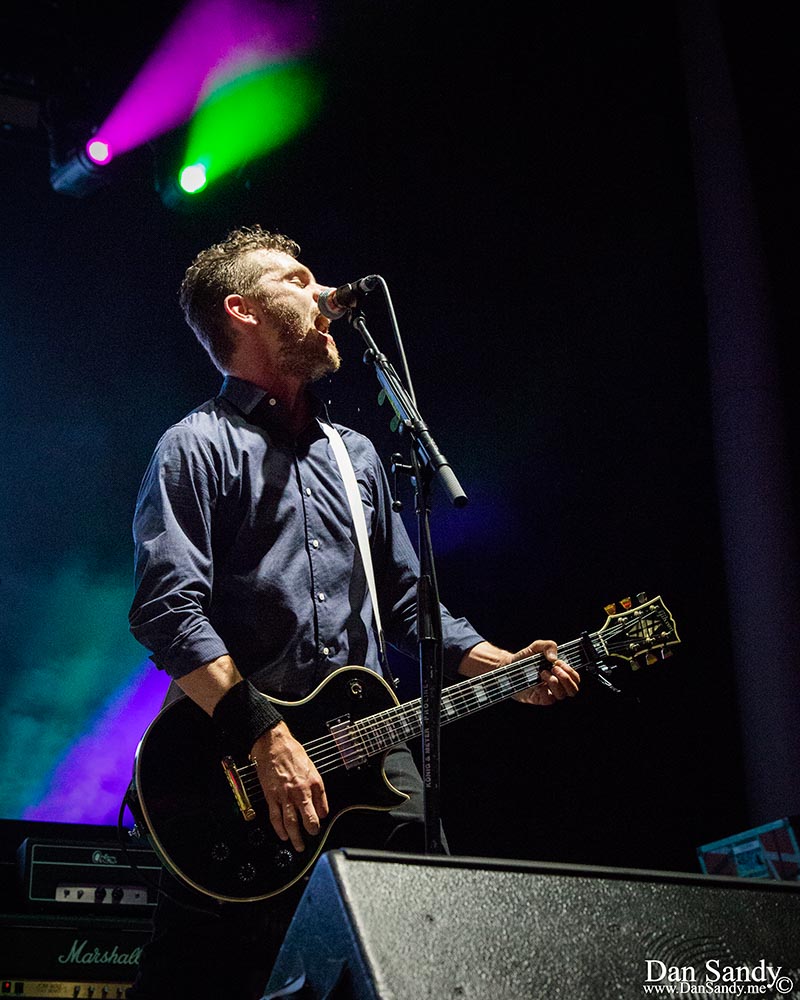 The Dropkick Murphys’ set began with “The Foggy Dew” which starts with a lone voice, and eventually climaxes in a torrent of drums and traditional Irish melodies. They seemlessly transitioned into “The Lonesome Boatman” that had the entire venue moving.  It was a perfect way to ease the crowd into their energetic set!  Not everyone can make an accordian, bagpipes, and a banjo work in a punk band, but they make it seem effortless. Their entire set was notable, but a few songs got the place jumping a little higher, and singing a little louder; “Johnny, I Hardly Knew Ya”, “First Class Loser”, “Rose Tatoo” and “The State of Massachusetts” stood out as crowd favorites.  They ended their set with “Until the Next Time”, where they encourage the audience to join them on stage as they play.  Despite a packed stage, they had no problem stunning everyone with their special goodbye. 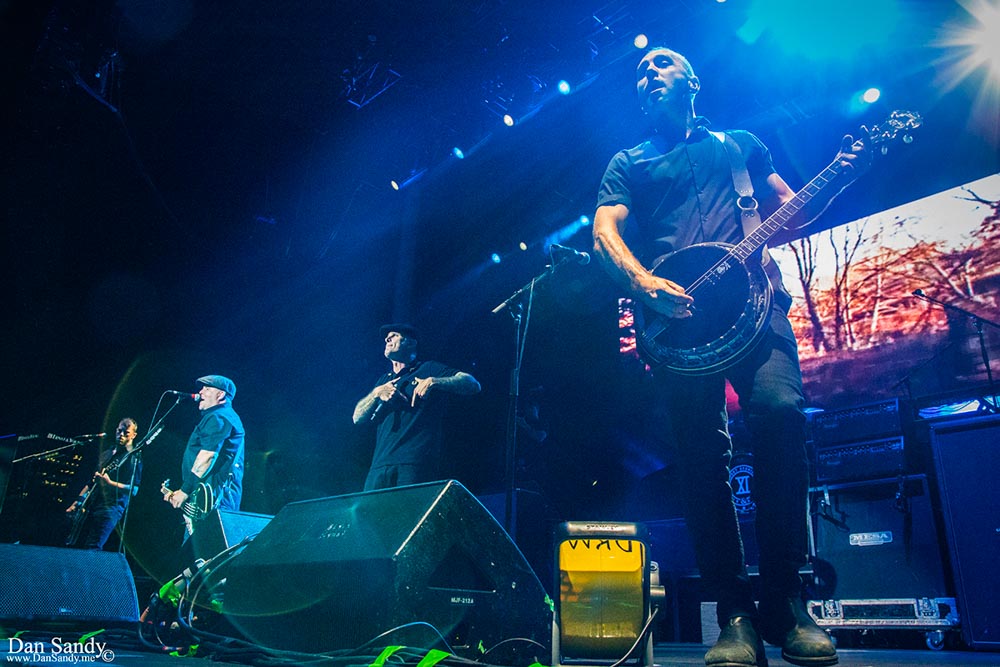 The Dropkick Murphys are: 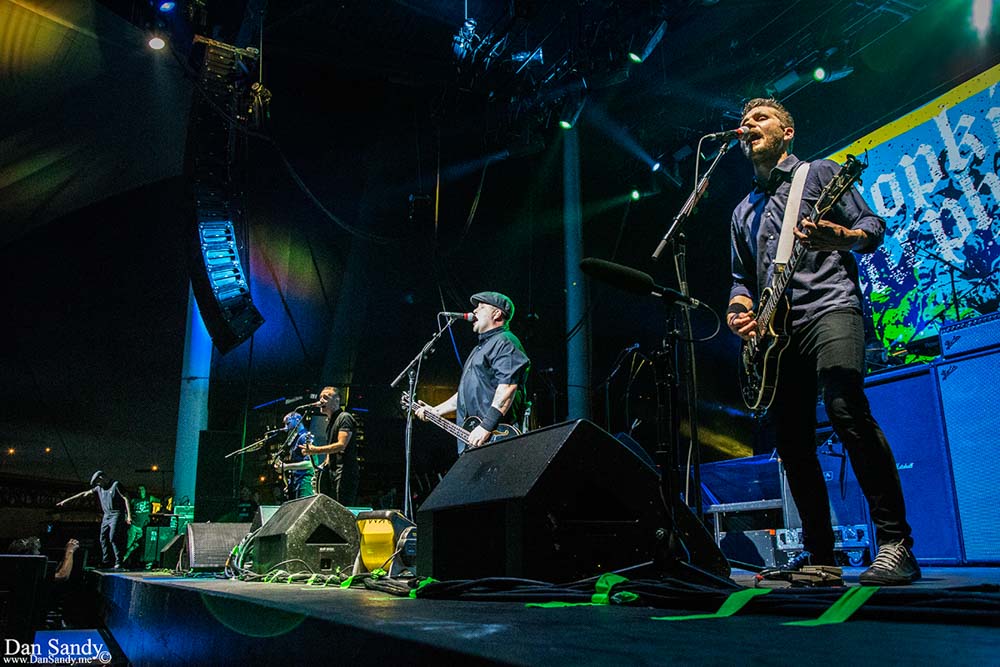 The encore stood out as a highlight of the show, as they played a few songs with the members of Rancid!  Two very different styles punk playing as one group is incredible! To see both of these legendary bands play songs by other famous performers was a real treat!

“Take Them All” by Cock Sparrer

“I Fought the Law” by The Crickets

Besides the talent performing, one thing I really liked about this show was that the bands were actively raising funds for different charities around the country.  Actions like these have a way of inspiring others, and I applaud them for using their influence as musicians to inspire others. All the bands played with the same passion and enthusiasm as they had when they first started almost 30 years ago, which I saw as a testament to the love of their craft!  This was undoubteldy one of the best shows I’ve ever seen, and I’d encourage anyone to catch this tour while it lasts!