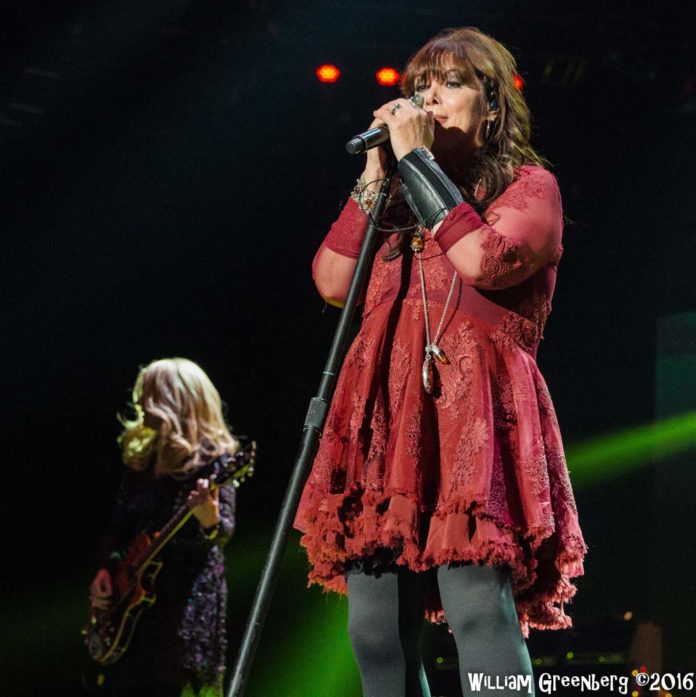 Tuesday, August 23rd, The “Rock Hall Three for All” tour rolled into the LA Forum and left a lasting impression as to why Heart, Joan Jett & The Blackhearts and Cheap Trick are indeed Rock & Roll Hall of Famers.

It seems of late that a selection of bands that have gained entry into “The Hall” have nothing more than (moderate) longevity and a name on their side.  The three bands on this tour not only have a combined 127+ YEARS of service to Rock n Roll, but more importantly they have songs…  A LONG history of CLASSIC songs! “Dream Police”, “Surrender”, “I Want You to Want Me”, “Cherry Bomb”, “Bad Reputation”, I Love Rock ‘n’ Roll”, “Barracuda”, “Crazy on You”, ”Magic Man”…The hits are endless. 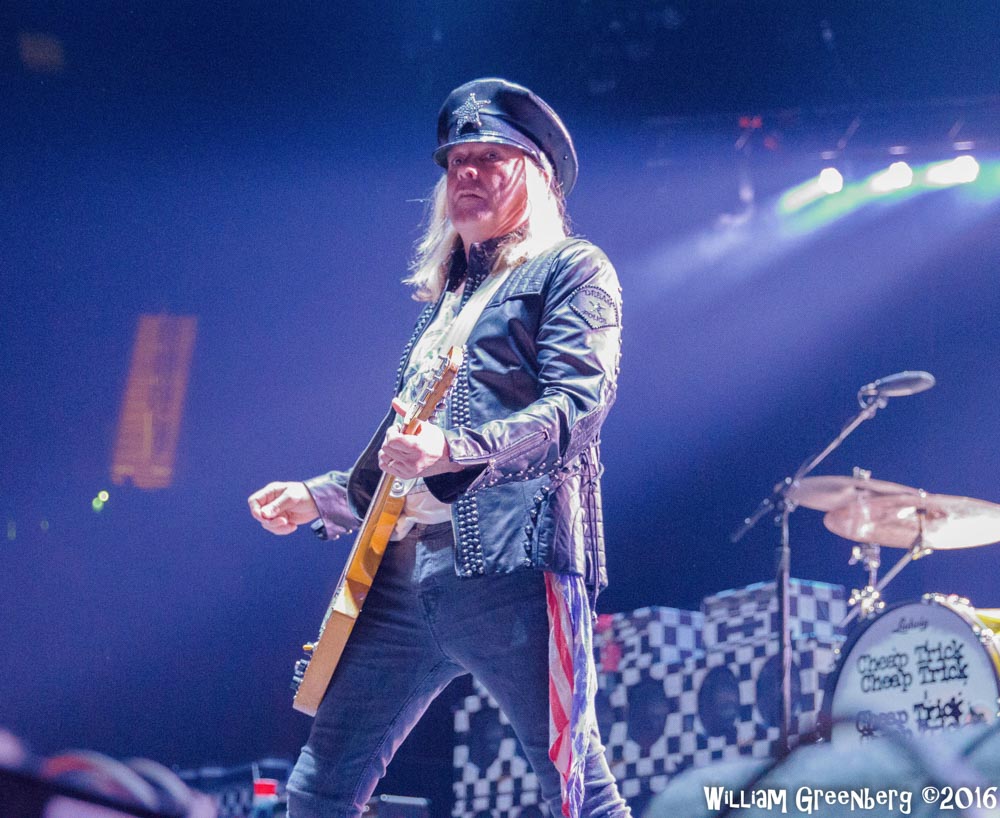 It was less than a year ago that Robin Zander got a call on his way to a surprise appearance at The Lucky Strike Live music venue letting him know that Cheap Trick were indeed going to be inducted into the Hall.  That night Robin came out, almost stunned at the news, confirming what everyone already knew should have happened a long time ago.

The newest inductees kicked off their set with a “Hello There” and didn’t give the LA Forum crowd a chance to breathe until their final “Goodnight”.  Zander sounded in tip top form. (Except for a little rough patch hitting the higher notes during “The Flame”).  As always, the ever-playful Rick Nielsen, marched around the stage showcasing his bevvy of colorful and shapely guitars, all the while testing his pick throwing accuracy directed at the fans and the photo pit “targets”. 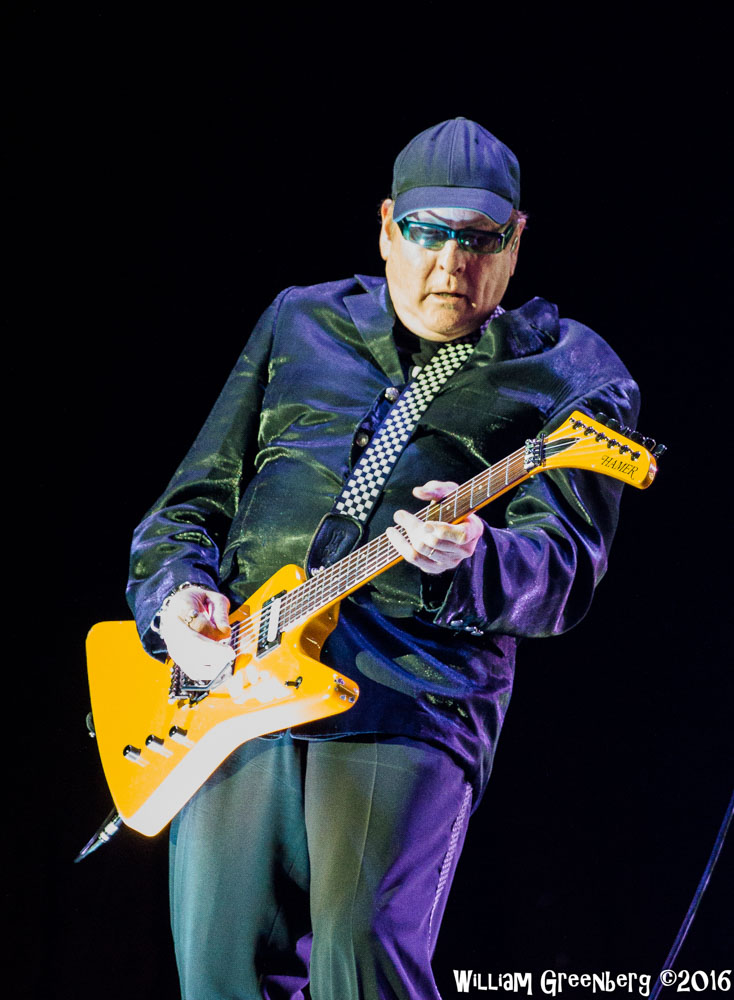 Although nostalgia wants Bun E. Carlos behind the kit, Rick’s son, Daxx Nielsen, brings a youthful energy to the band and is a solid replacement. As he has done for the duration of this tour, bassist Tom Petersson gets his moment to shine during his bass solo which is followed up by his lead vocals on The Velvet Underground’s “I’m Waiting for the Man”. 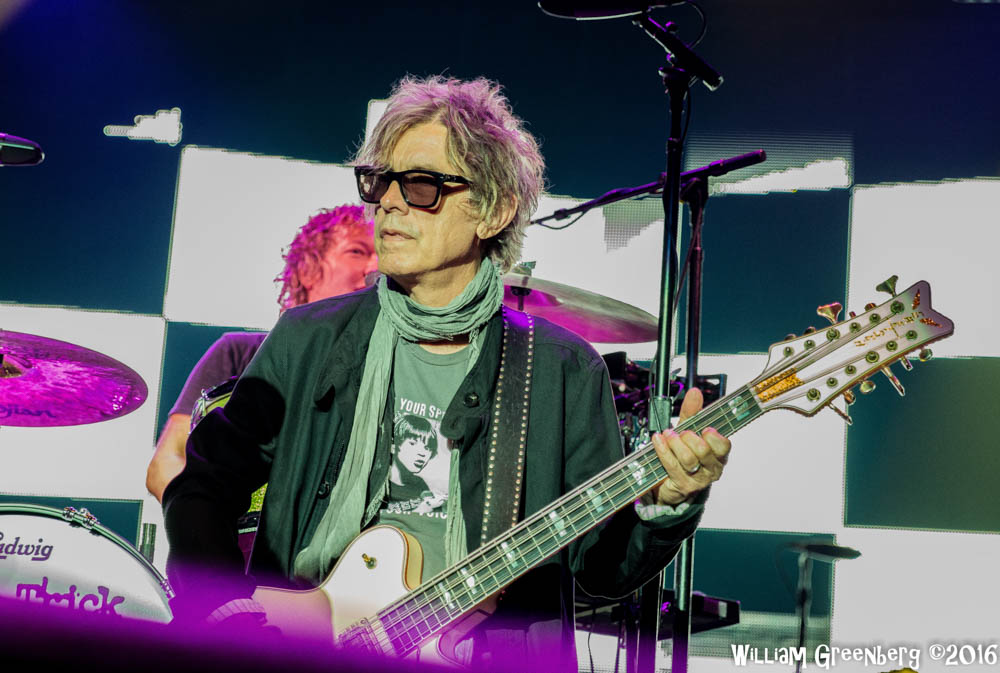 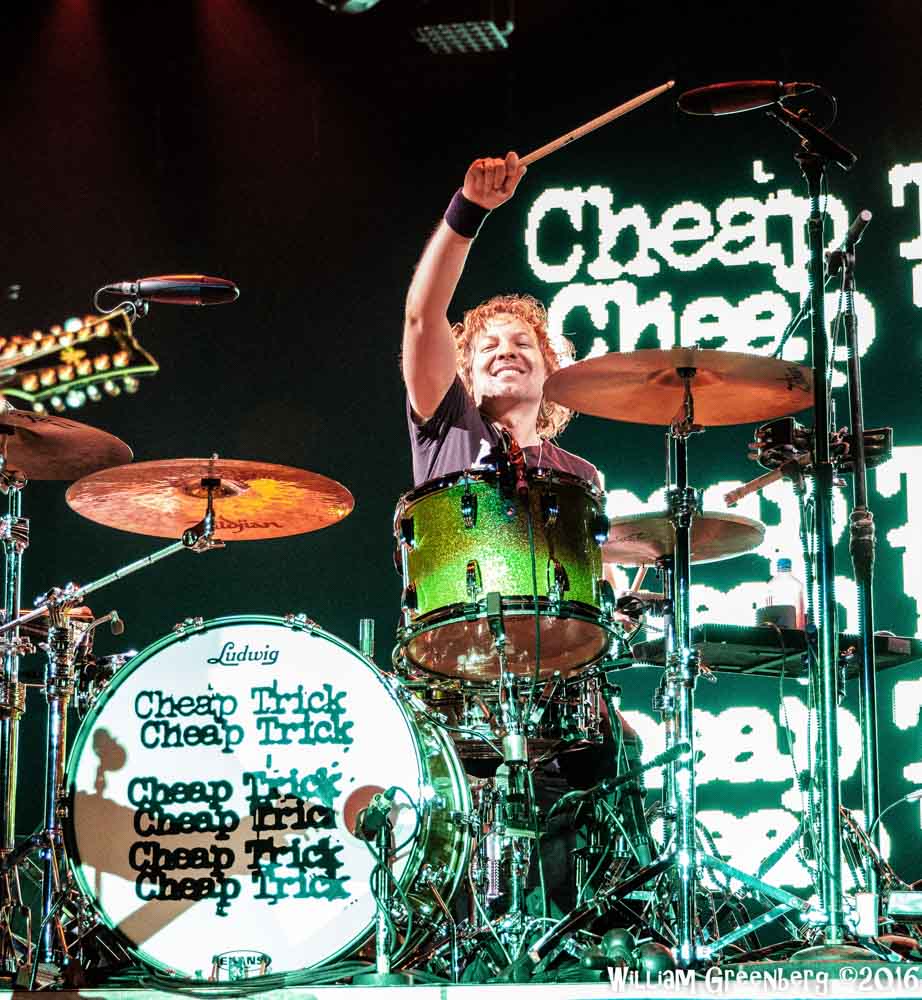 Cheap Trick, more so than the other two bands on the bill, have been mixing up their set each night and this night was no different as they introduced “Blood Red Lips” (From their latest release, “Bang, Zoom, Crazy…Hello”) and “Voices” (from the “Dream Police” album”).

Tonight’s performance more than proved why this hard working band (Do they ever rest?!) from Rockford, Illinois belong among the Rock elite.

Joan Jett doesn’t fuck around.  Her punk attitude reflects in her songs which are mostly short, sharp and in your face. I’ve seen the band play before, and was excited when they came out of the blocks sprinting with “Bad Reputation” but…then the set seemed to hit a long lull in energy until later when she started playing her bigger hits.

In contrast to both Cheap Trick and Heart, who both moved around the stage and energized the crowd, Joan Jett & The Blackhearts, for the most part, were more like looking at a pretty picture with sound. Don’t get me wrong, the band are great! (Dougie Needles, Lead Guitar, is PUNK personified).

They played all the JJ staples that had the Forum crowd singing along, but the deeper tracks and the slower mid-tempo songs in the middle of the set tempered the performance of the filling in this Hall of Fame Sandwich. (No Photography Permitted) 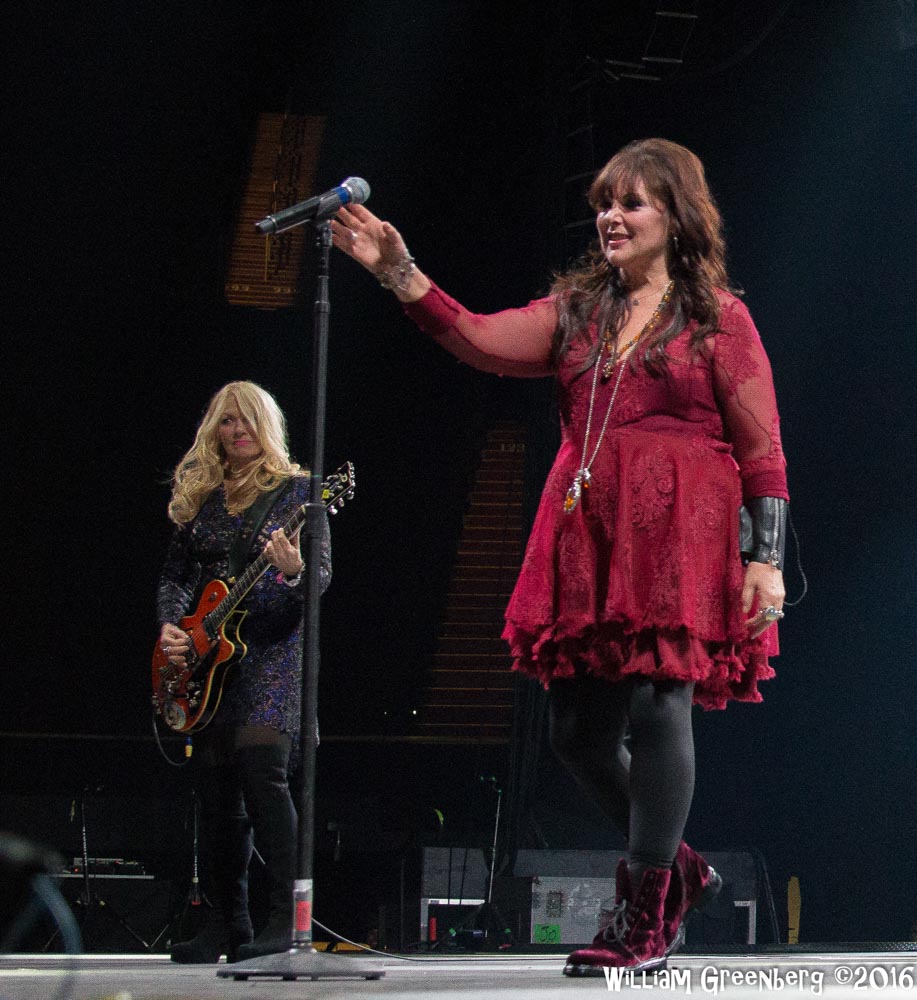 Heart ripped through a classic set of songs 43 years in the making.  “Magic Man”, “Straight On”, “Never”, “Crazy On You”, “What About Love” (Almost hard to think of “Never” and “WAL” as part of the Classics, but they were released over 31 years ago!)

The only thing that broke up the slew of hits were a few, well received, tracks off their new album, “Beautiful Broken”.  The title track was sent out to all those people that could be described as “Hot Messes” and although it didn’t have the James Hetfield (Metallica) accompanying growl from the record, it still packed a punch.  The other new song was a ballad, penned by Ne-Yo, that Nancy Wilson delivered beautifully.

Ann still sounds incredible and except for an extra breath or two before hitting some of the stand out high notes ( “Alone” for example), she does her catalog proud. The band behind the sisters is solid.  Dan Rothchild (Bass) and long time drummer, Ben Smith, do a great job holding down the low end.  Lead guitarist, Craig Bartock ripped off note perfect solos and Chris Joyner (Keyboard) had the enviable task of exciting the crowd with the intro to a bunch of Heart classics.  Nothing gets a Heart crowd to their feet quicker than hearing the first few notes of “Alone” on the piano.

If you’ve’ ever been to a Heart show, you know their influences are worn on their sleeves. This show was no different as the Wilson Sisters paid tribute to one of their biggest influences by dedicating their 2 song encore to Led Zeppelin. “The Immigrant Song” and “Stairway to Heaven” capped off a night that was filled with three of Rock’s finest talents.

If you notice the induction dates, you will see that these bands were well overdue for their inclusion among the all-time greats.  This tour is a great package, showcasing the incredible talent and artistry that has captured the hearts and minds of fans since the early ‘70’s.