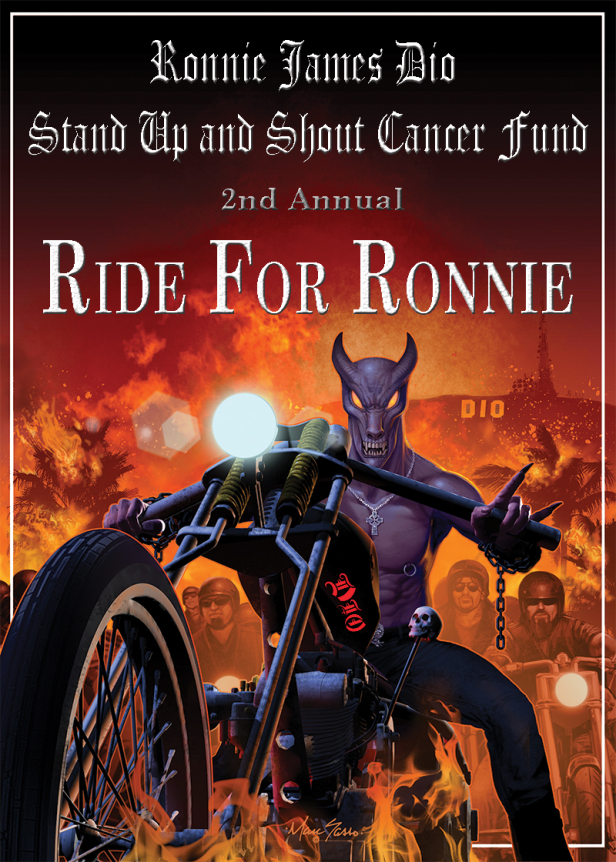 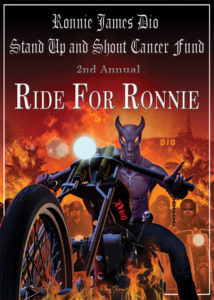 The 2nd Annual “Ride for Ronnie” Motorcycle Ride and Concert took place Sunday, May 22, and all signs pointed to a rousing success.

The steadily-growing eclectic crowd ranged from cancer survivors and their families, music lovers, and curious locals who popped into the event to enjoy a fun filled, sunny day. 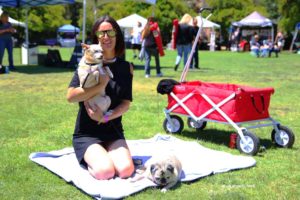 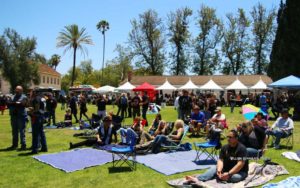 Founder, Wendy Dio, arrived with the rolling thunder of bikes that made their way from Glendale to the concert in the park in Encino. 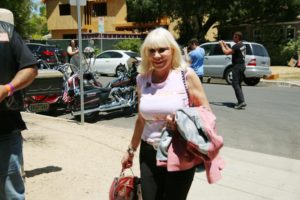 As well as an array of merchandise available to purchase, there was a silent auction held throughout the day that included many celebrity signed items and memorabilia. 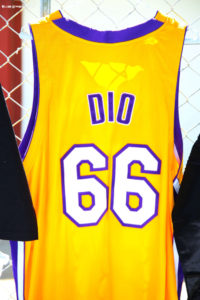 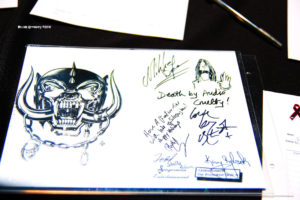 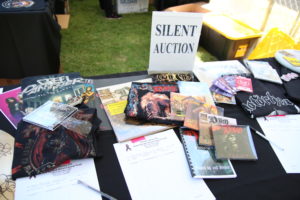 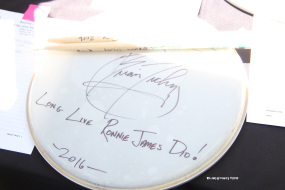 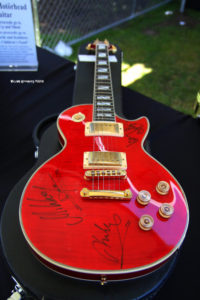 A live auction and raffle drawing took place from the stage.  Rocker, Gabbie Rae was on hand to assist with both.  Raffled was an ASG Vision Motörhead white-body guitar with the “Ace of Spades” graphic. 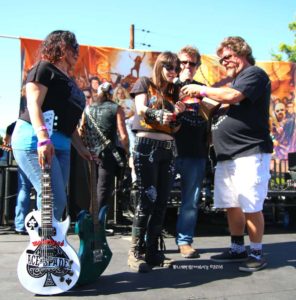 Wendy Dio took the stage to welcome the crowd and to present a check for $25,000 to Dr. David Wong (Director for UCLA Center for Oral/Head & Neck Oncology Research)

Dr. Wong spoke briefly and let the crowd know that he believed within 2 years the detection of cancer would be possible through a drop of a person’s saliva. 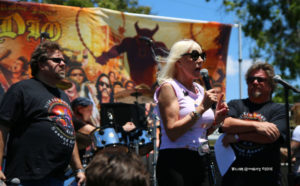 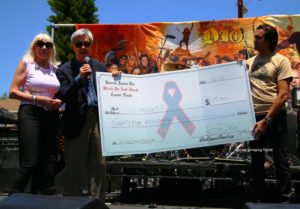 DJ WILL from KNAC.com was on hand to MC the acts performing. 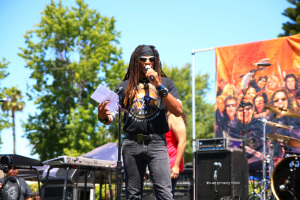 The concert in the park was kicked off by Metal Band, DOCTORS OF THE EARTH, who made sure the small neighborhood knew that something special was happening in the park.

The Doctors were followed by SONIA HARLEY who included a rocking version of Motörhead’s, ACE OF SPADES in her set.

Next up were rockers BUDDERSIDE who kicked the growing crowd into frenzy. 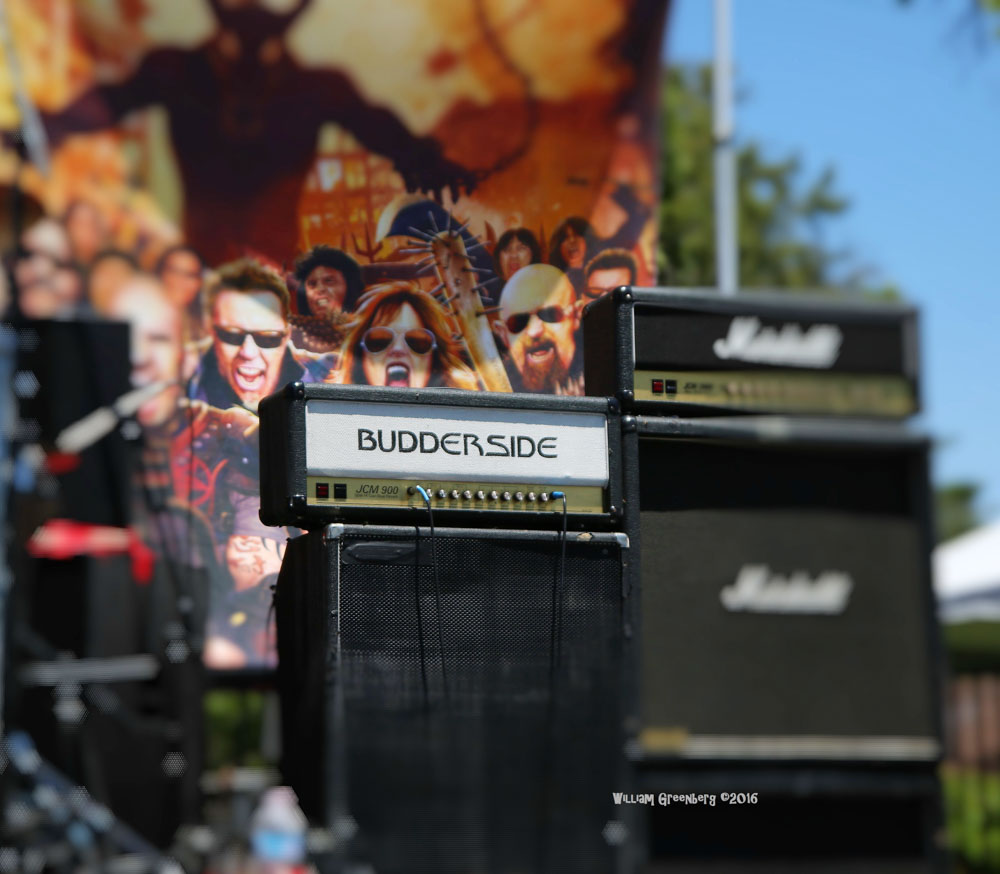 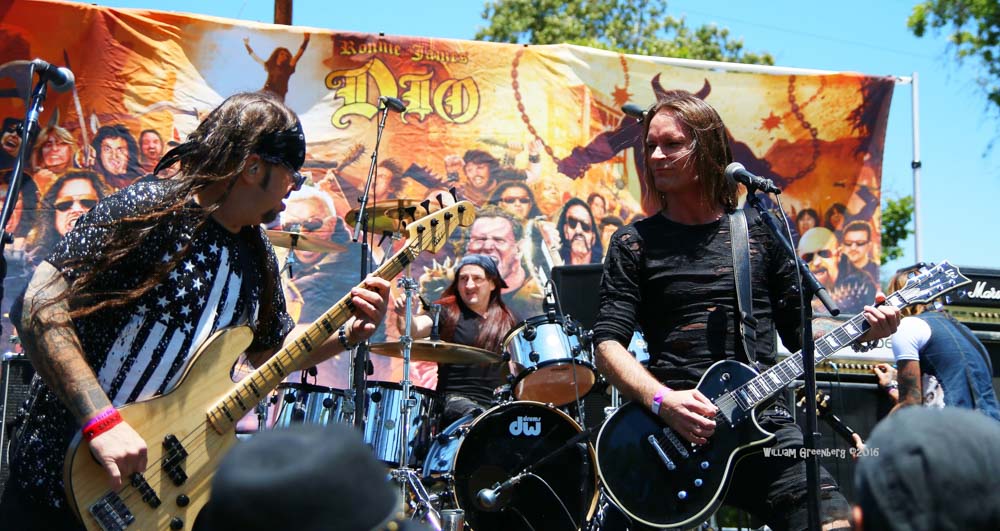 GABBIE RAE hit the stage with her band and let everyone know that the future of rock & metal is in very good hands.

DIO DISCIPLES were next up and brought with them some RONNIE JAMES DIO Classics that spanned the legendary singer’s career as well as a few originals of their own. 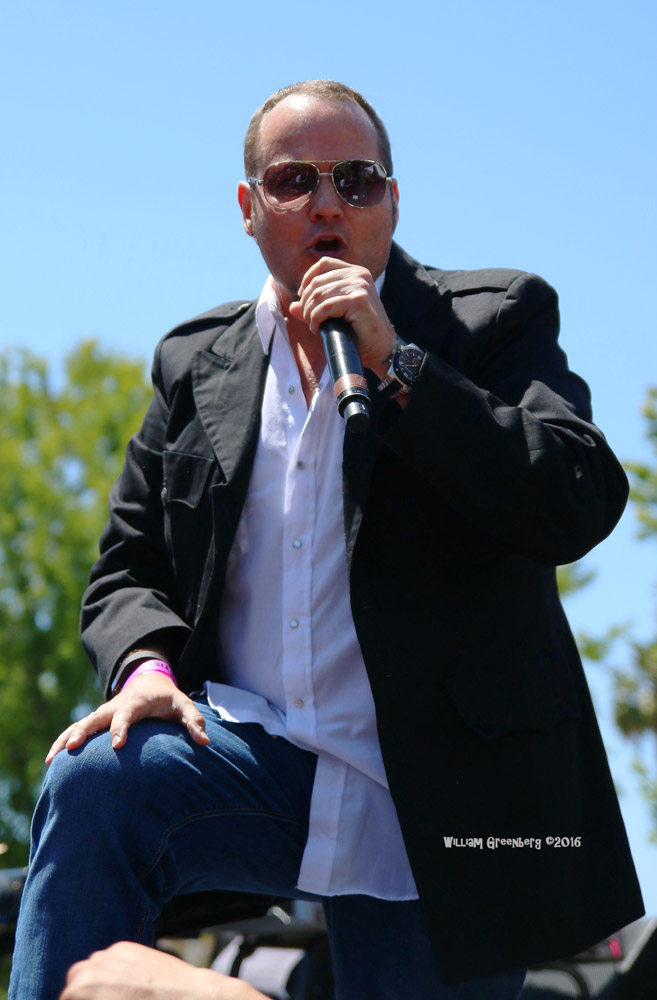 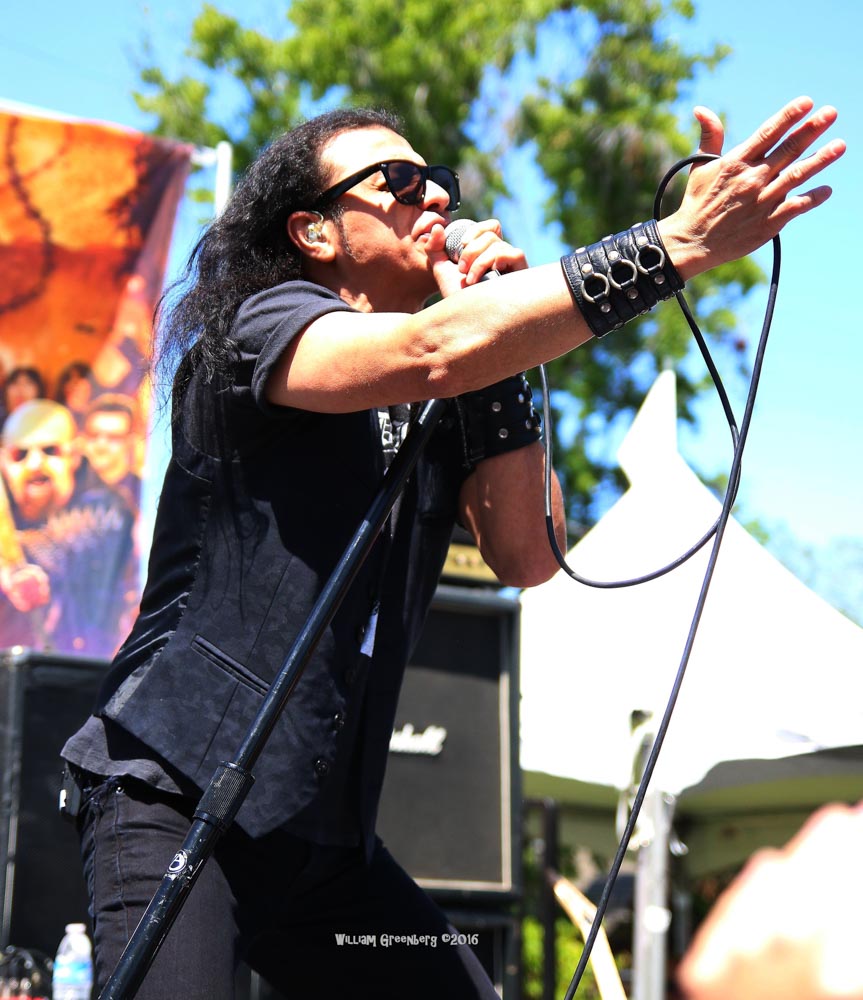 Rock Queen LITA FORD brought the crowd to a frenzy running through a set that included hits ranging from her time in THE RUNAWAYS to her latest album, “Living Like a Runaway”. 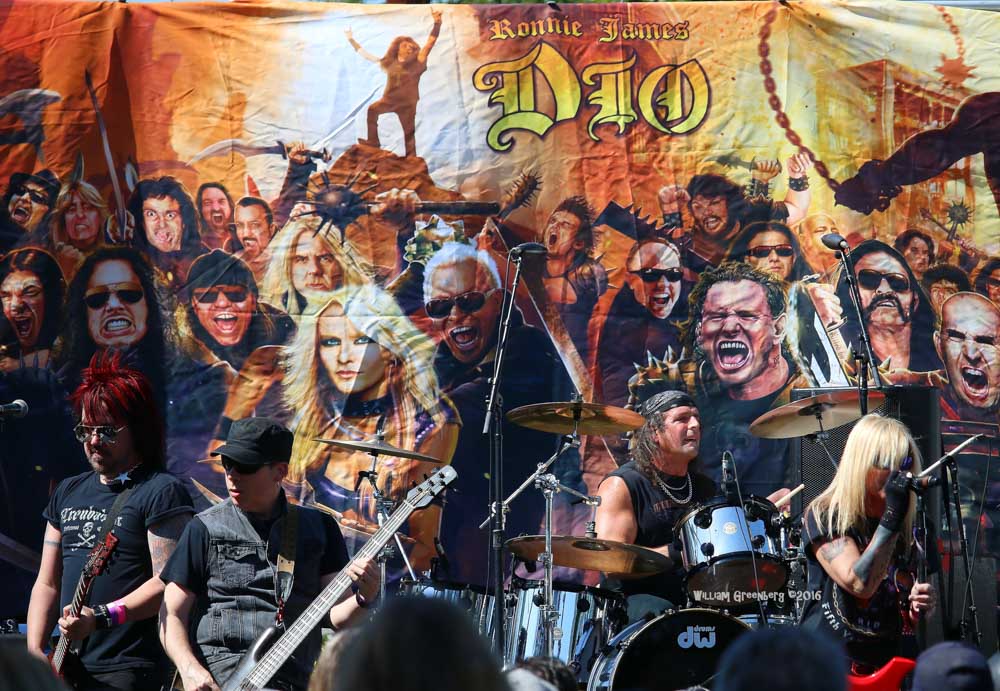 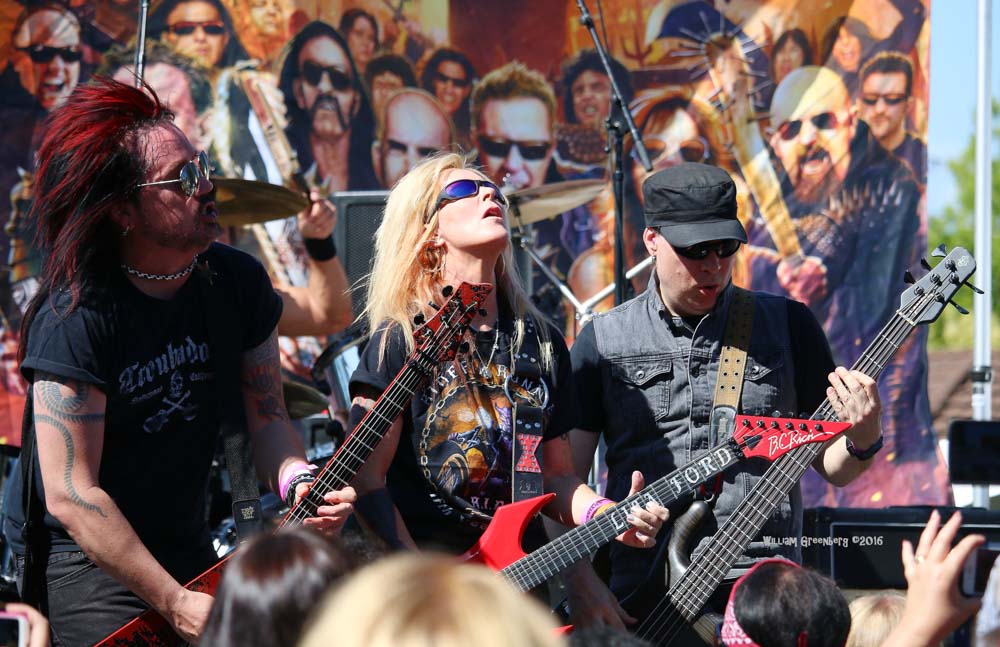 The concert was capped off by headliners, GREAT WHITE, who rocked the Encino Park and brought the days events to a close.

This incredibly successful event raised over $50,000 as well as a lot of awareness for the