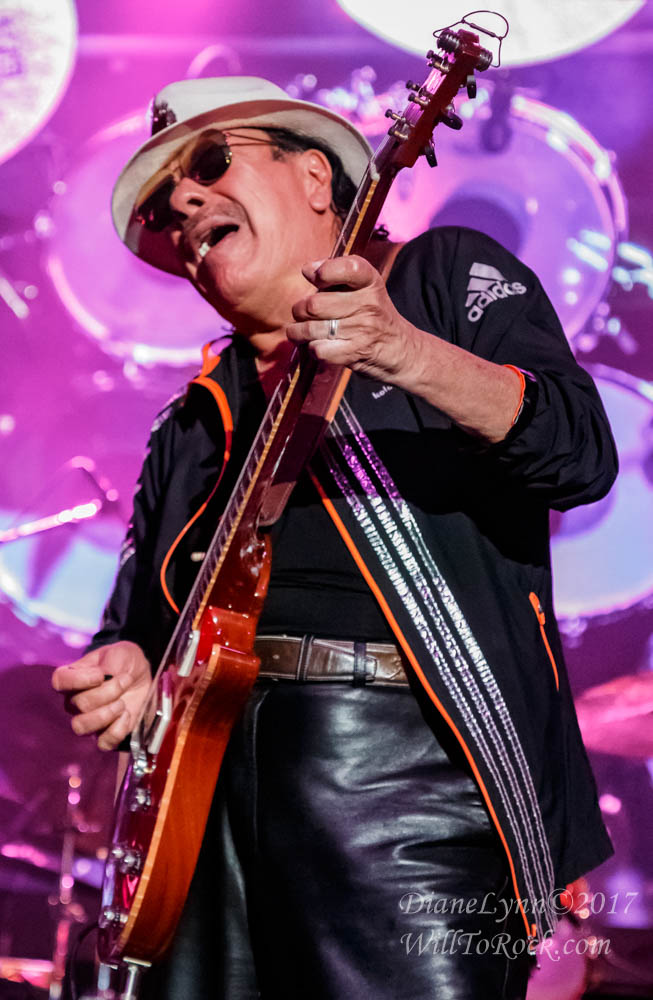 It was a Monday night at the HOB Anaheim when Santana hit the stage, but by the size of crowd that was filling every square inch available you would have never guessed it was a “work night”. 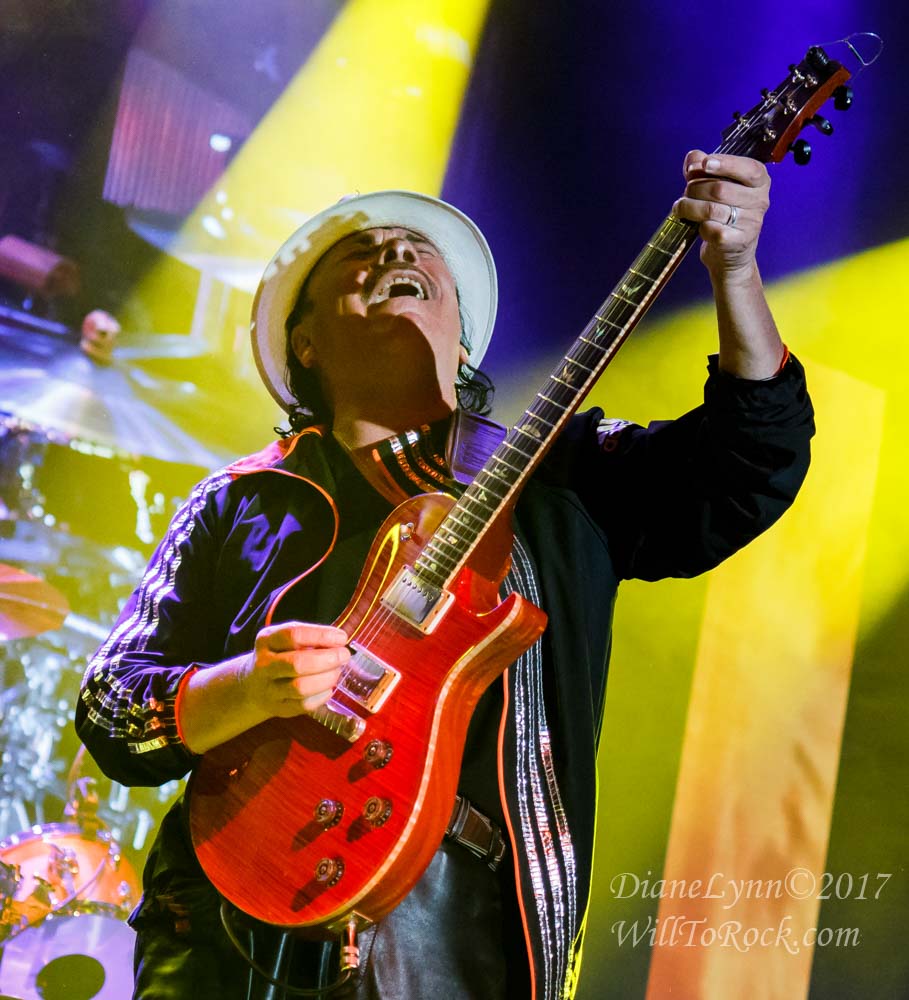 This was a sold-out, PACKED house (fans even spilling into the lobby to watch on the big screens) everyone was happily excited to see the legendary guitar player perform his magic on stage. 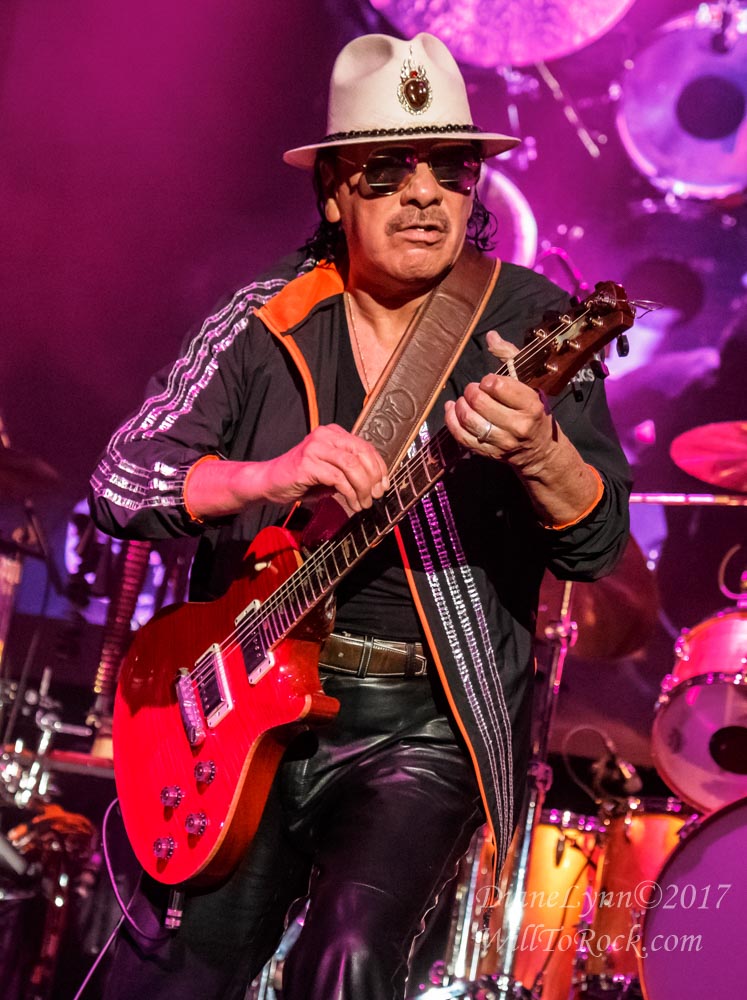 Carlos, donning a beautiful white Fedora and looking every bit of the cool cat that he is, was smiling and waving now and again to the fans. This was a very high energy show, two drummers, bongos, bass, guitars, keys and two singers to bring it full circle around the master himself. Oh no this wasn’t your average show; This was a festival of sorts. Every player was entertaining to watch, the fans were dancing, singing and truly having a great time, myself included. 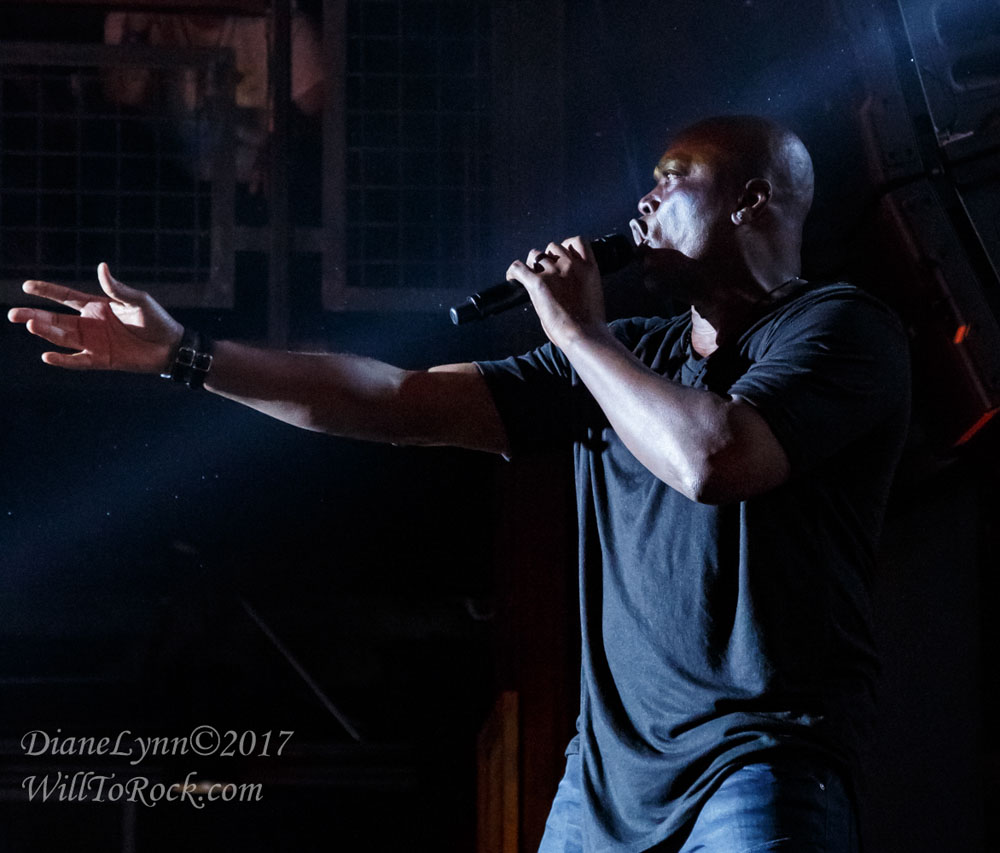 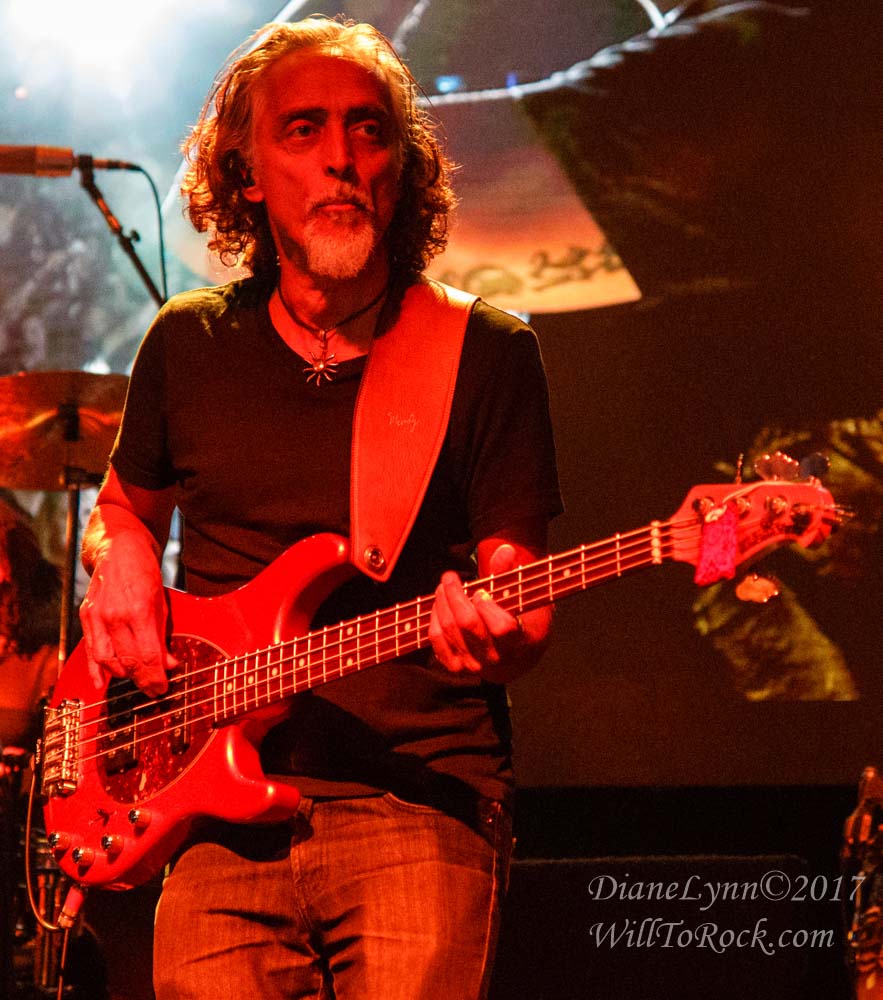 As I quickly snapped away during my short time in the pit,  for just a moment I had to pull the camera down and just watch. I was in complete awe. His guitar playing is entrancing to watch, he makes it look so effortless.

I don’t usually get nervous before shooting but this time I have to say the palms were a bit sweaty, after all this was a 10 time Grammy and 3 time Latin Grammy award winner that I was about  to photograph, no pressure there, right?
Carlos’ band included Cindy Blackman Santana – Percussion,  Benny Rietveld – Bass, Paoli Mejias – Percussion, Karl Perazzo – Percussion, David K. Mathews – Keys, Tommy Anthony – Guitars and Vocals, Andy Vargas – Vocals and Ray Greene – Vocals – Horns 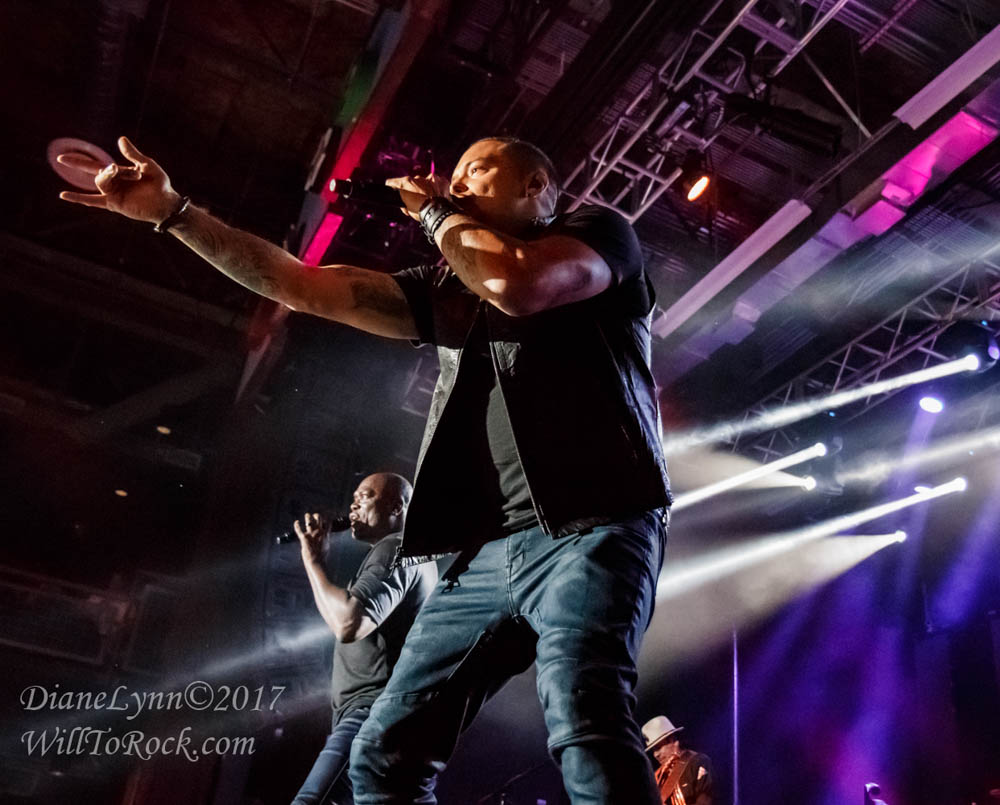 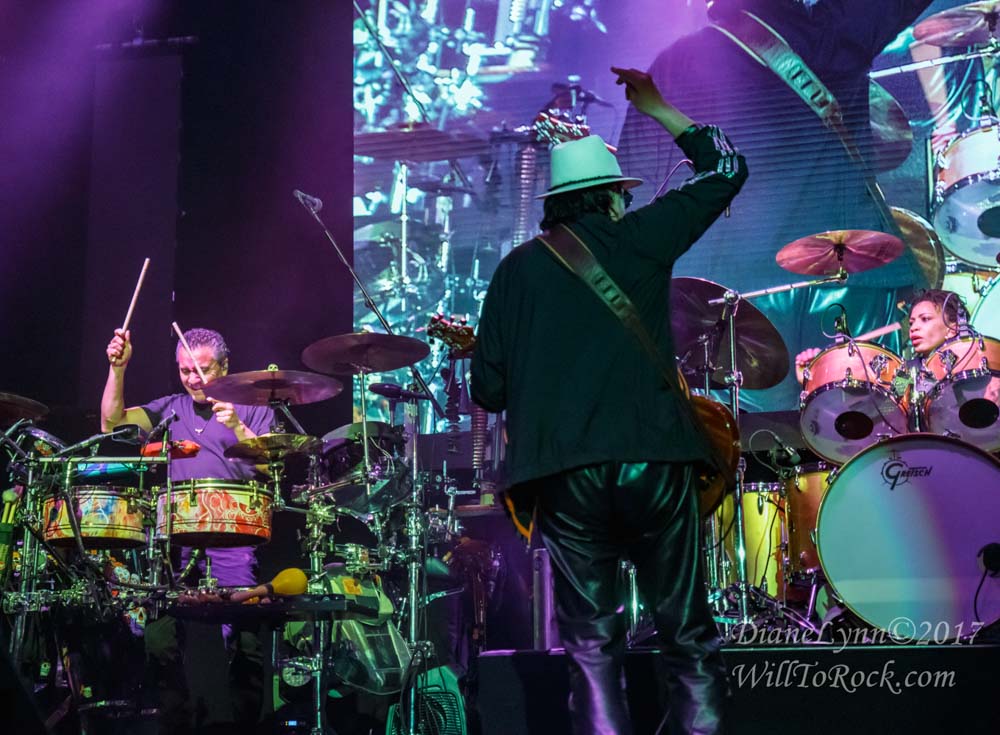 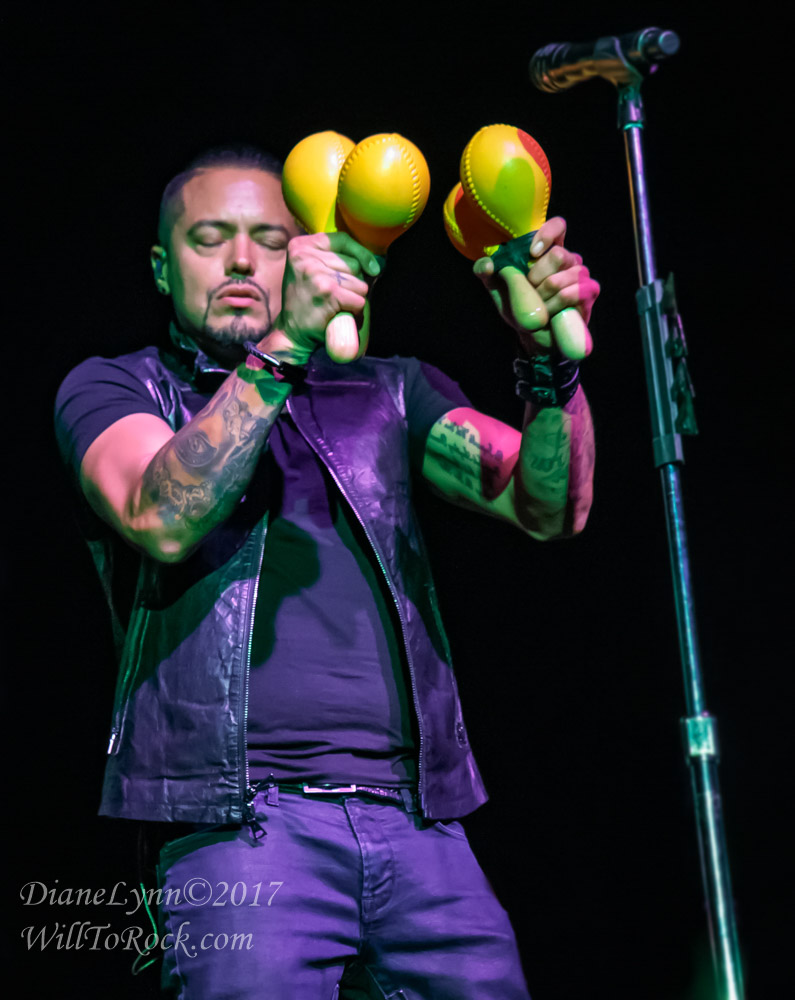 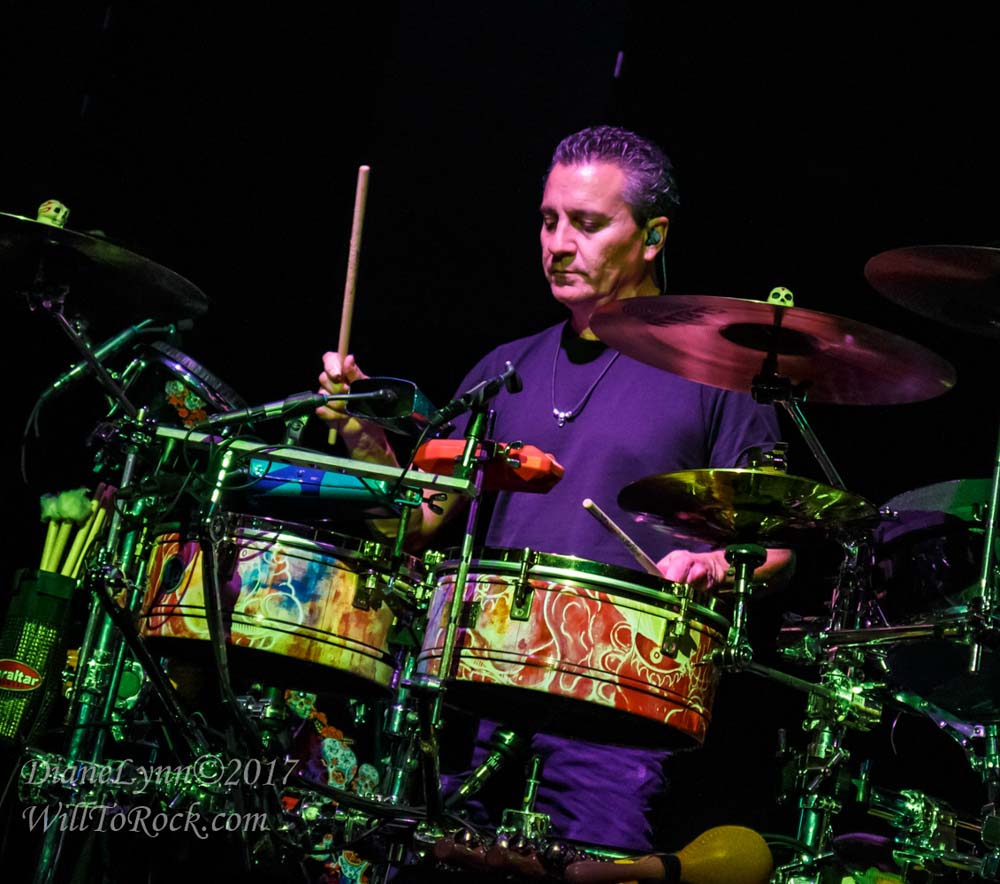 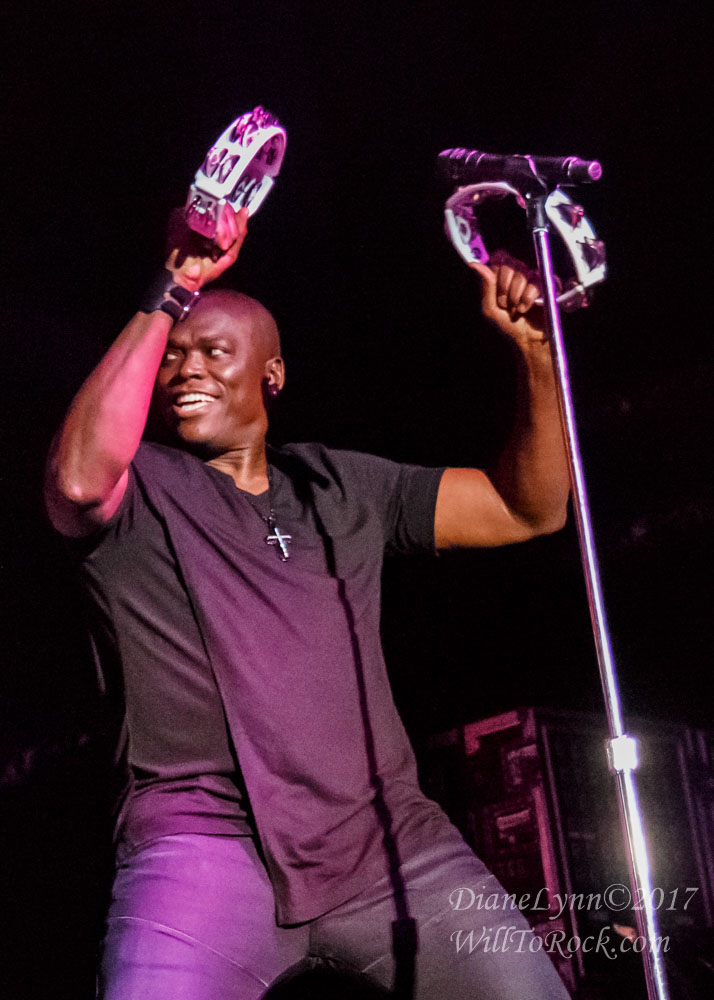 The band is gearing up for a residency at the HOB in Las Vegas at the Mandalay Bay. They head there next for a brief four nights then jet over to Florida for a few shows, a one night only stop in Cancun, then head back to the HOB at the Mandalay Bay to continue their residency.  An Intimate Evening with SANTANA: The Greatest Hits residency at The House of Blues in Las Vegas starts November 1st 2017 and is still adding dates into 2018. 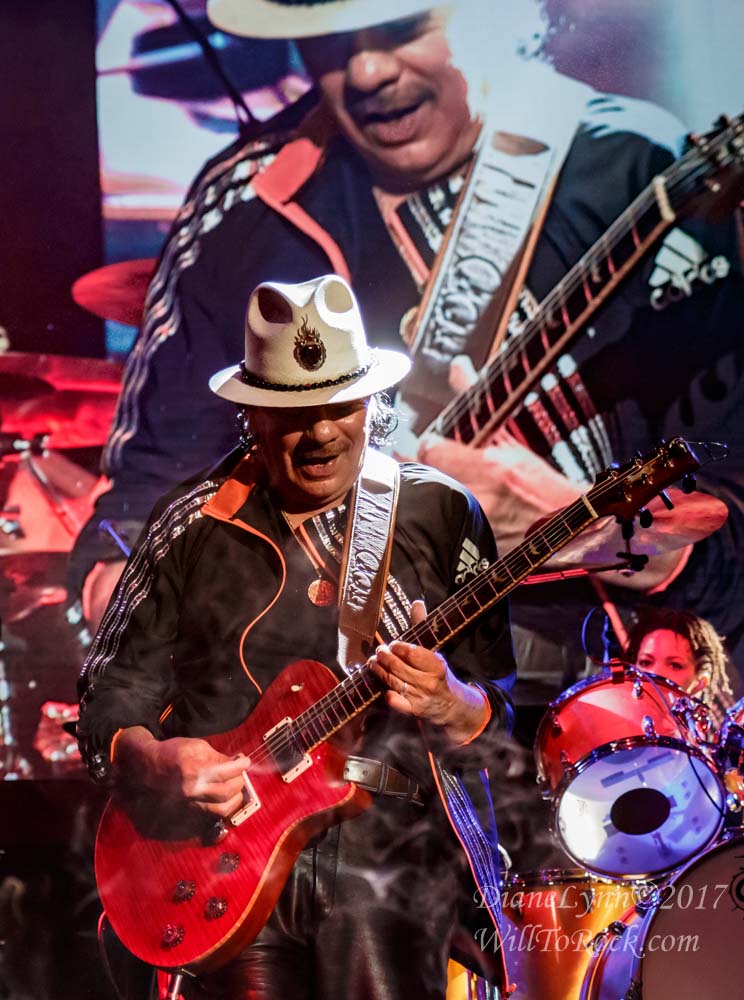 This is a show you don’t want to miss seeing. Myself, having not seen Santana since the late 70’s, am so grateful that I had the chance once again.

This is true musicianship and pure talent. No fillers, overdubs or lip syncing. 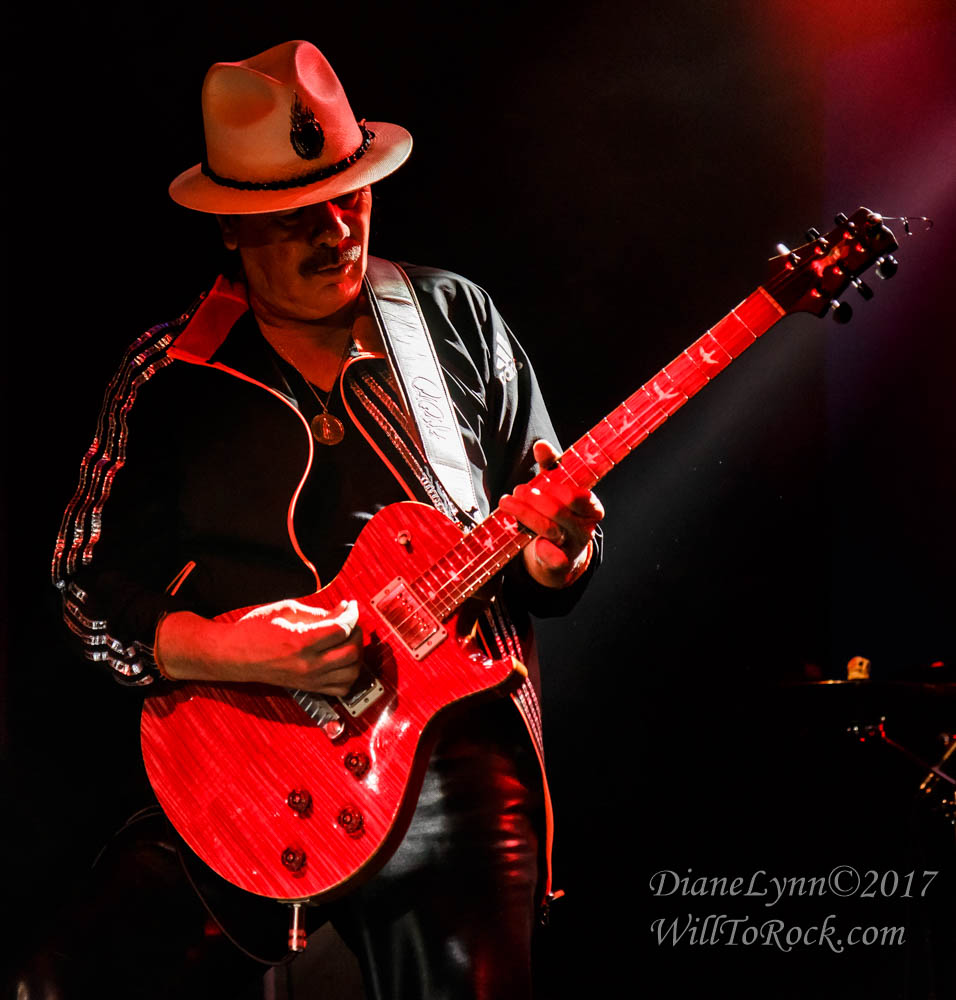 Someone once told me this is what live music is all about “not only when you see it, when you hear it…but when you feel it”!
For Ruthie, with love… 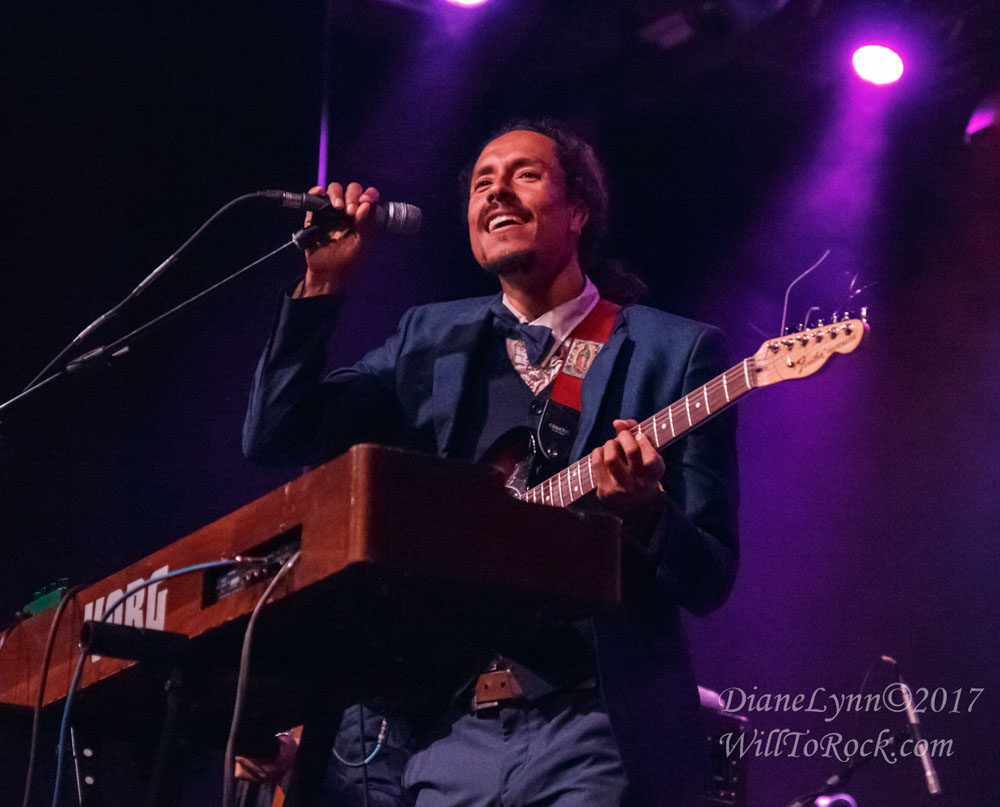 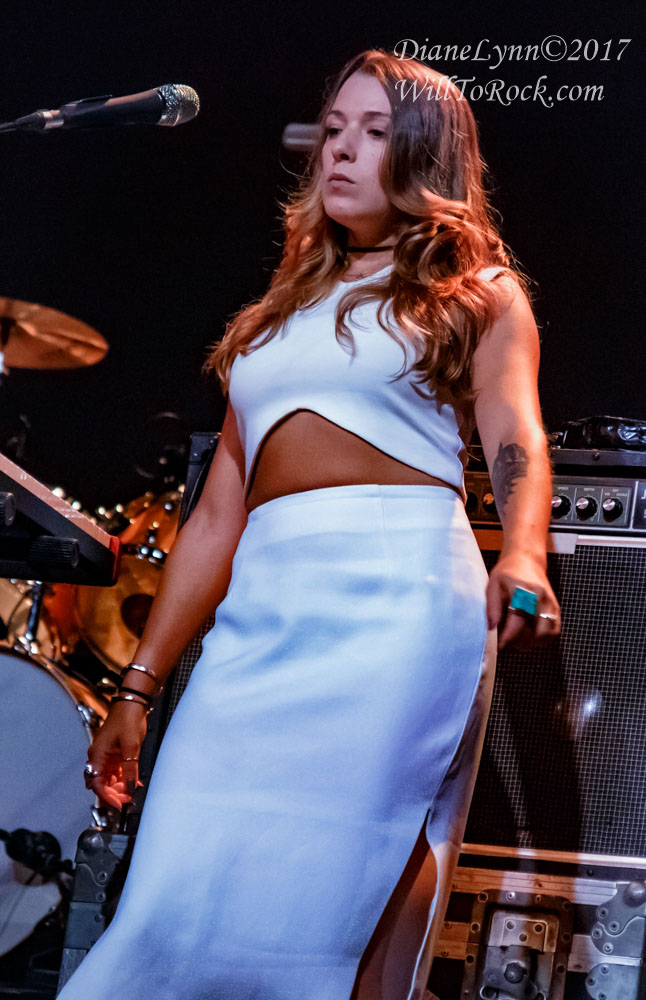 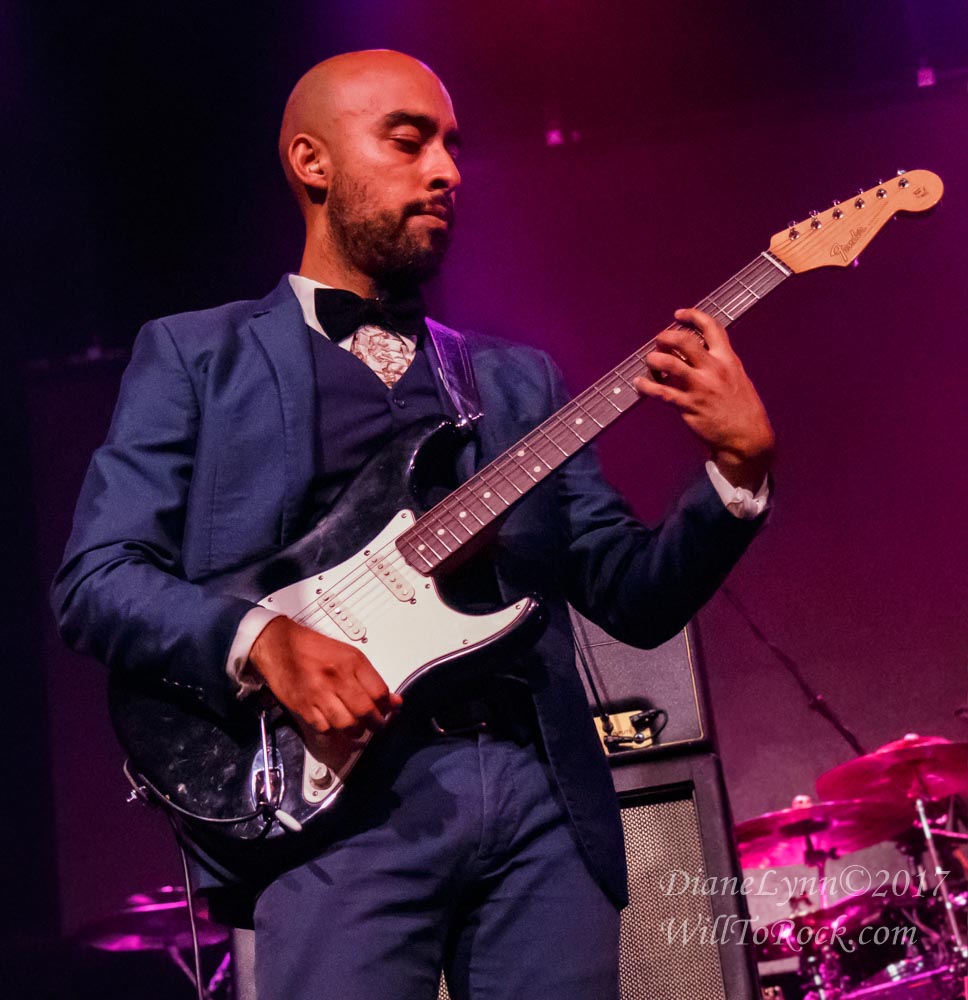