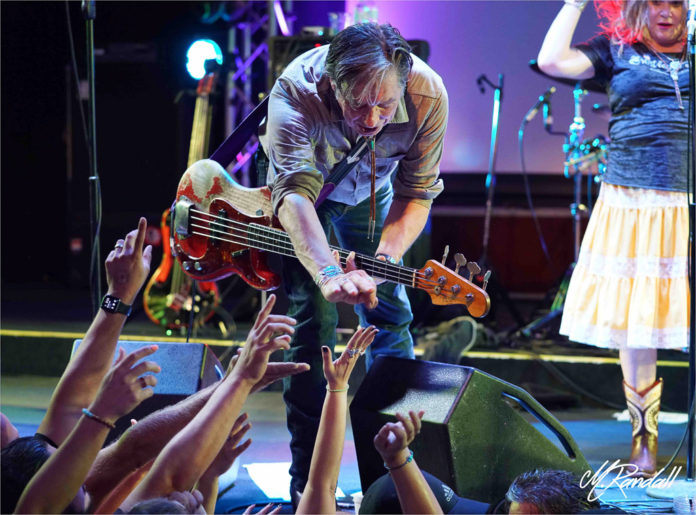 Los Angeles punk pioneers X visited the Cave in Big Bear, CA on Friday, August 17. Bassist and singer John Doe welcomed the crowd by admitting, “If we knew Big Bear was the place to be on a Friday night, we’d have been here sooner.“ 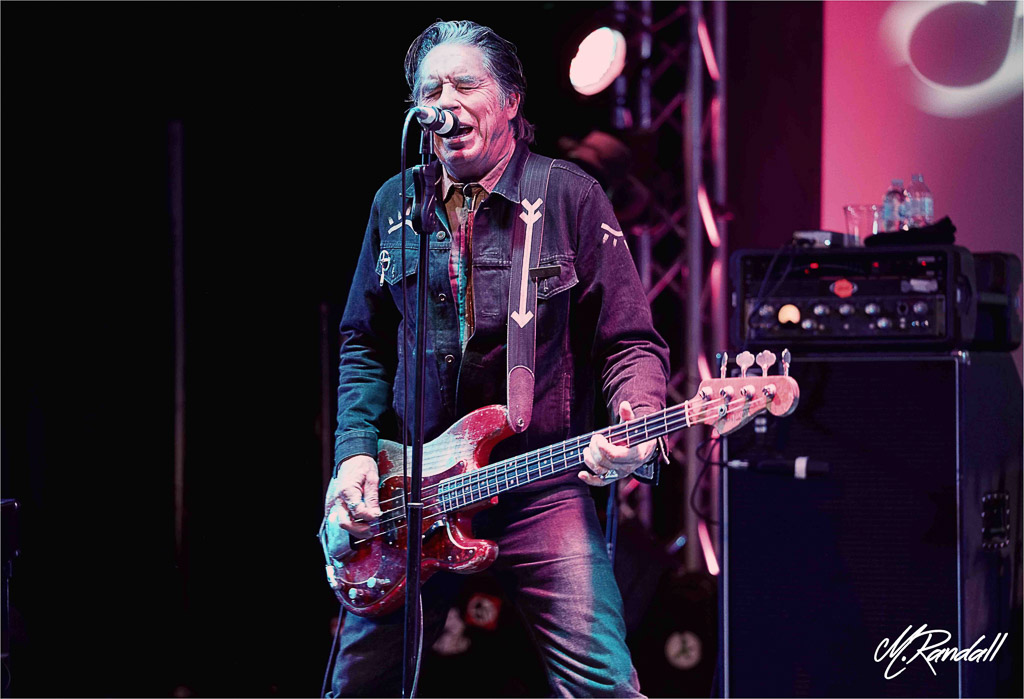 Celebrating 40+ years together, X show no signs of slowing down and their music has lost none of its intensity; the off-kilter harmonies of John Doe and Exene Cervenka still intact. There have been some onstage changes. Guitarist Billy Zoom now plays his Gretsch while seated, standing only to play saxophone (conveniently storing his guitar pi’ck on his forehead) on two songs, “Come Back to Me” and “I Must Not Think Bad Thoughts“. While he may have traded his iconic wide stance guitar style for a perch atop a barstool, he hasn’t traded in his cool demeanor. With his ever-present grin, he makes it look easy. 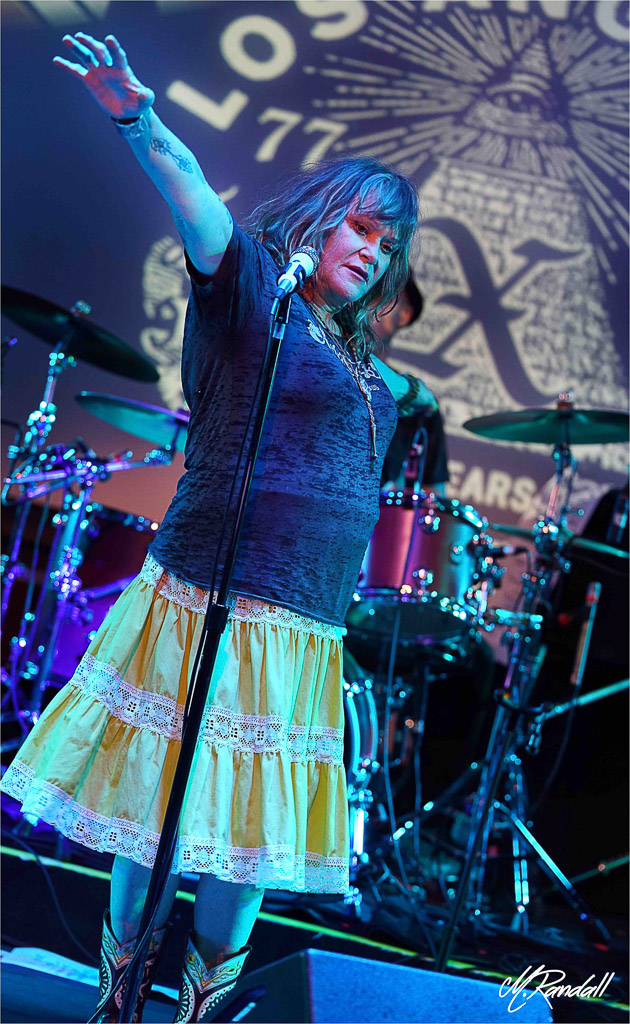 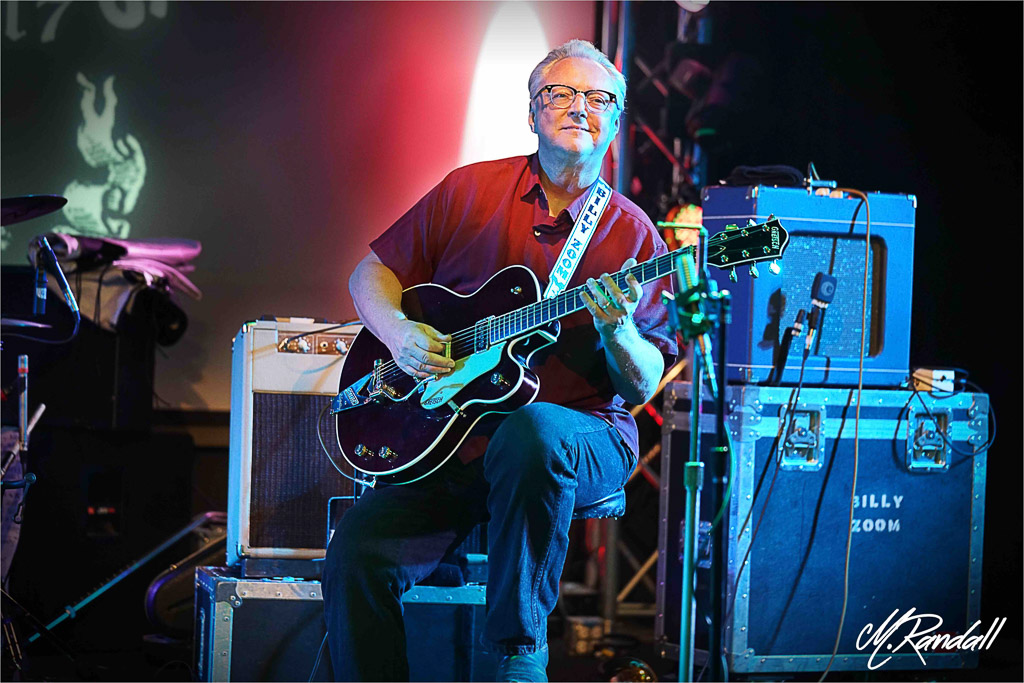 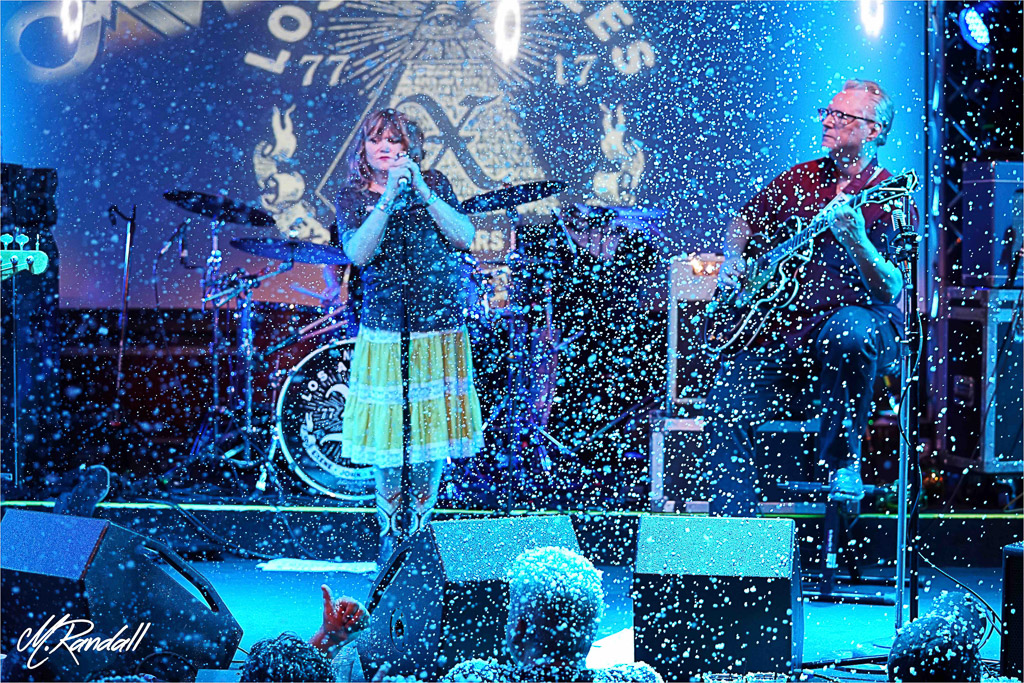 Also on the same two songs, drummer D.J. Bonebrake stepped out from behind the drums and animatedly played the vibraphone while guitarist/ drummer Craig Packham filled in on drums. 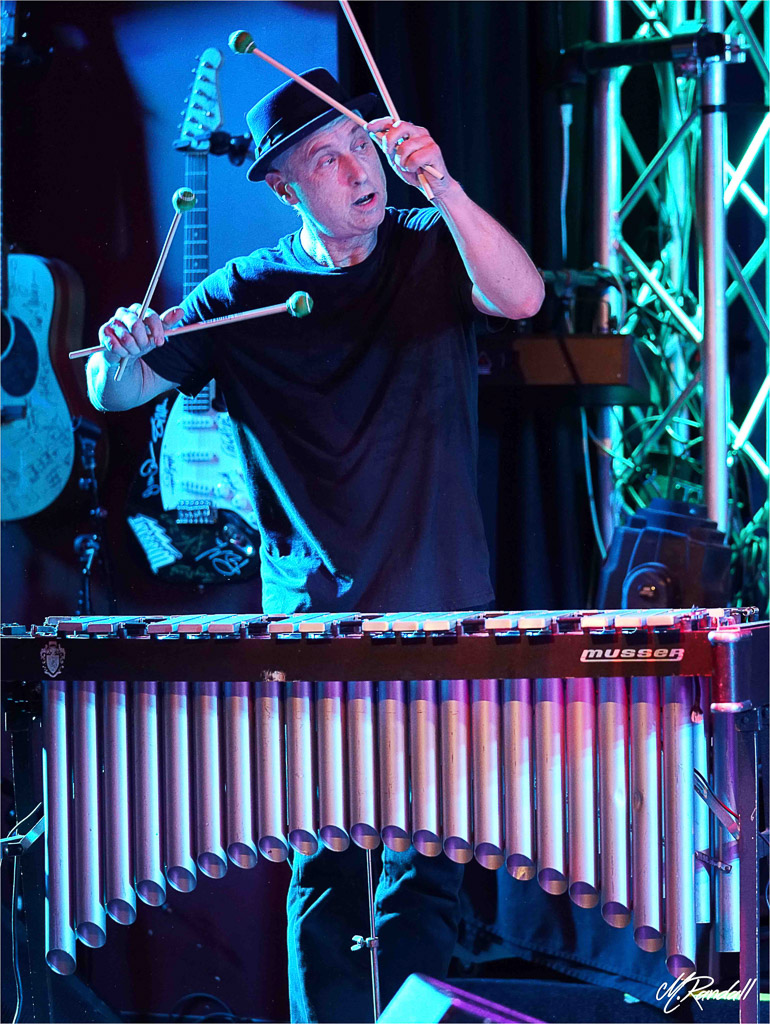 As the crowd at the Cave grew, so did the swirl of moshing in the pit, a normal occurrence at an X show, although it seemed unexpected to the well-meaning Cave security that rushed in to break it up. From the stage, John Doe and singer Exene Cervenka reassured security that all was well, with Doe explaining that the crowd was “just exercising and relieving stress.” Security backed off and all was well with John Doe’s words of “tranquillo, tranquillo.” 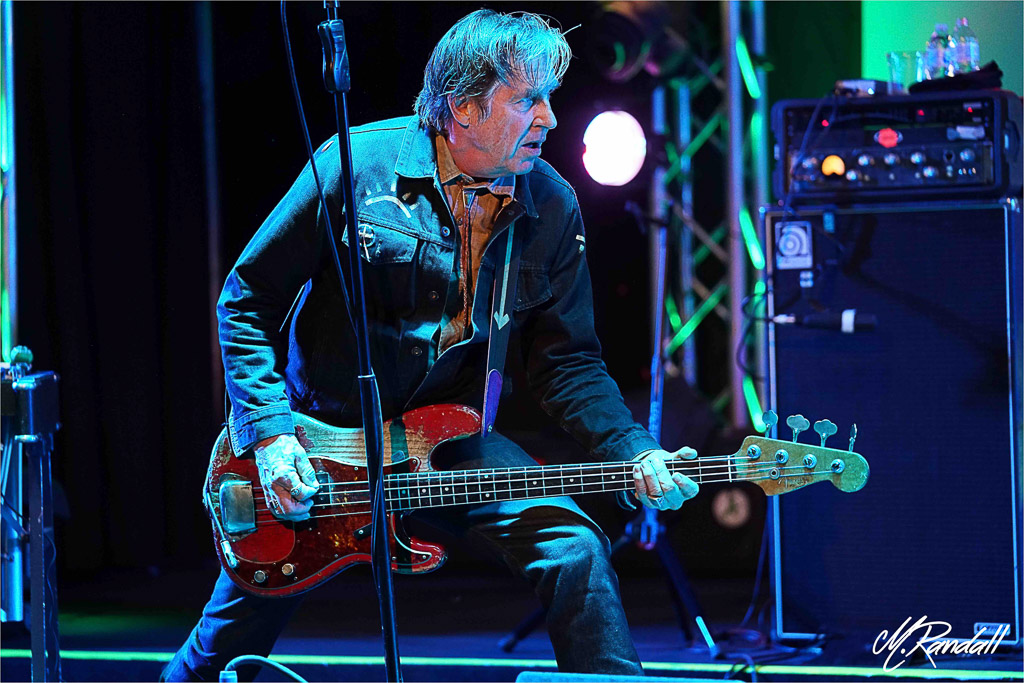 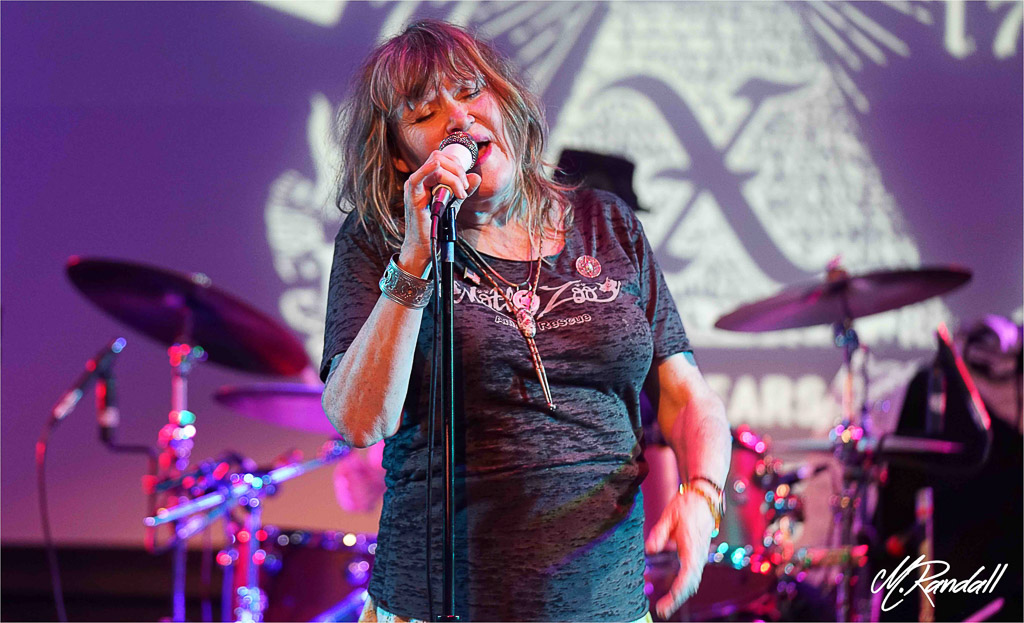 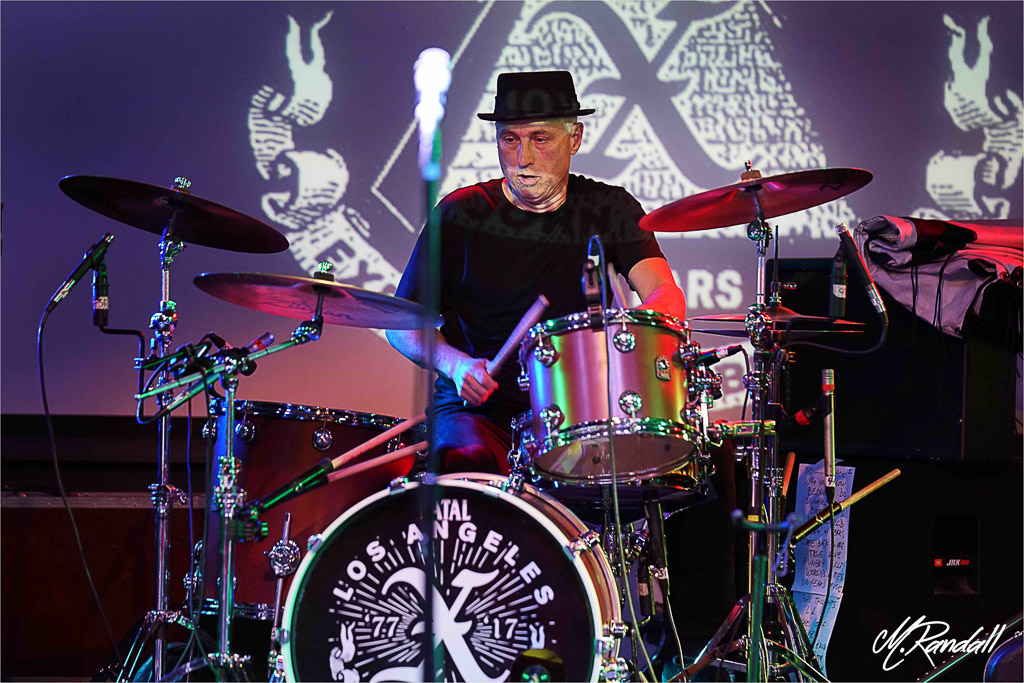 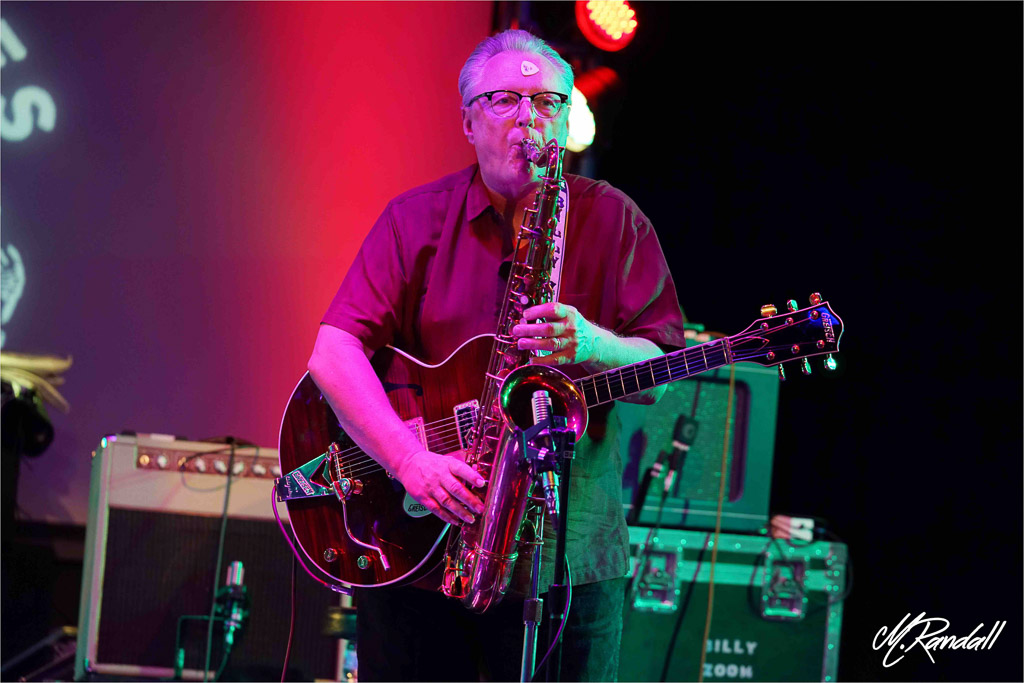 As if to reinforce Doe’s words, during the last few songs, snow began to fall in Big Bear. Not actual snow, but artificial snow blown from the ceiling of the venue. The tranquility was short-lived as X cranked up the energy right up until the very end, returning to the stage for a two-song encore.

It’s Who You Know

Dancing With Tears in My Eyes

Come Back to Me

The World’s A Mess, It’s In My Kiss

I Must Not Think Bad Thoughts

Your Phone’s Off The Hook, But You’re Not

Motel Room In My Bed 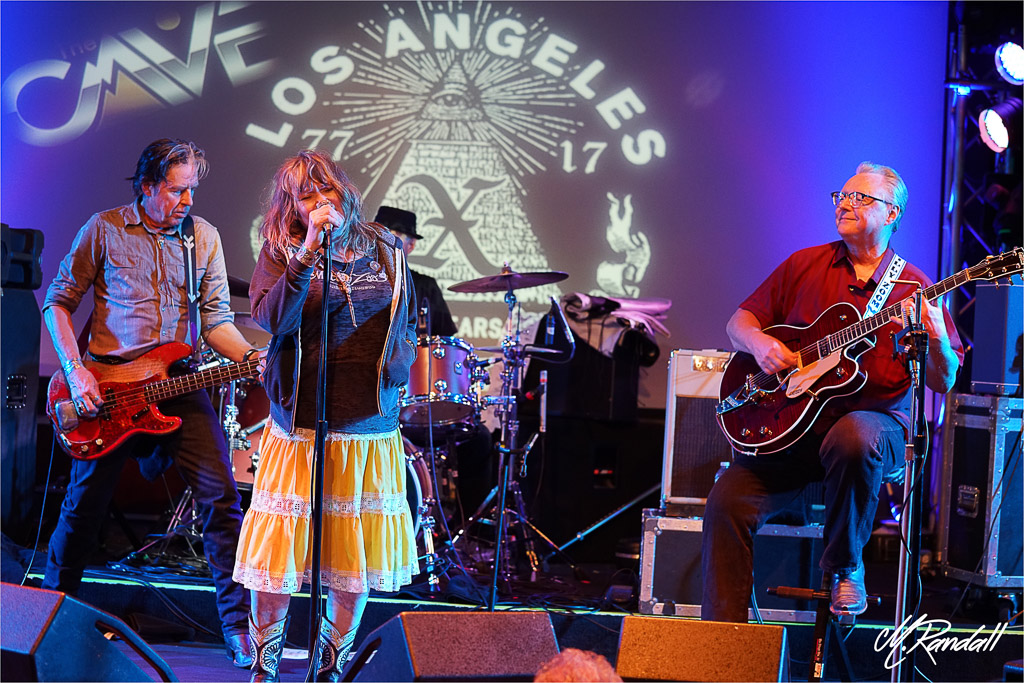 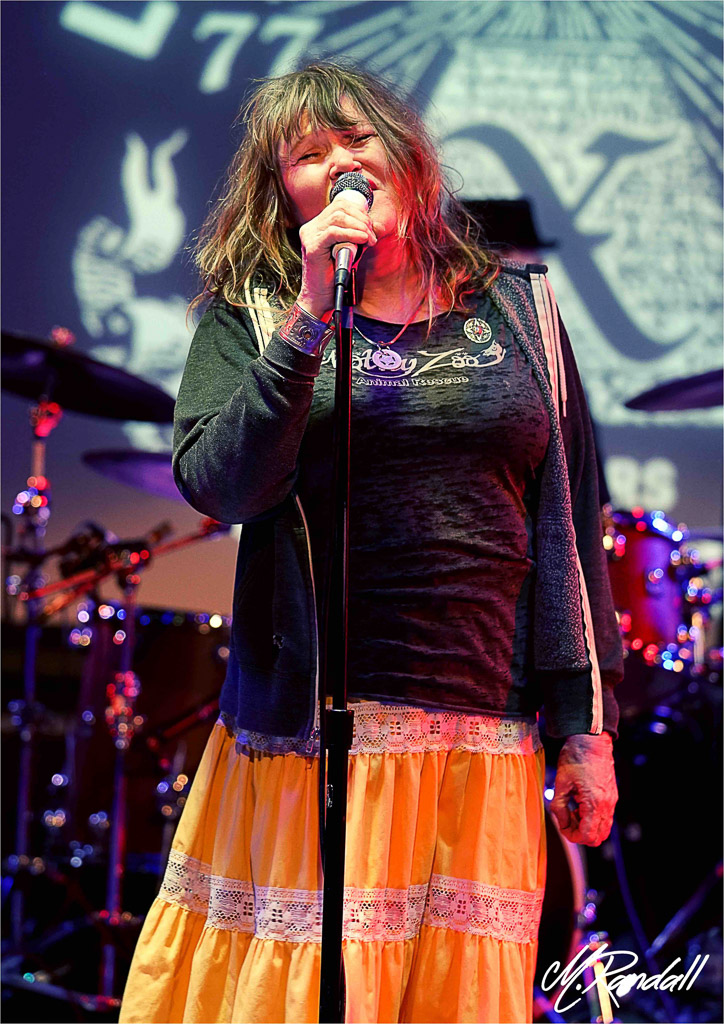 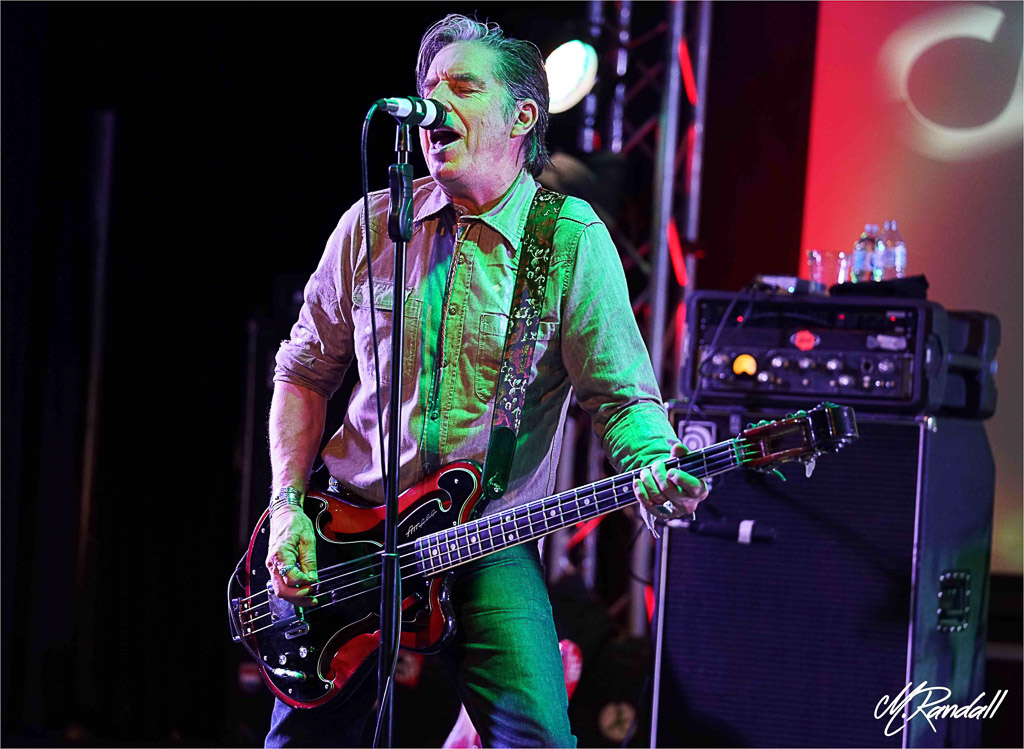 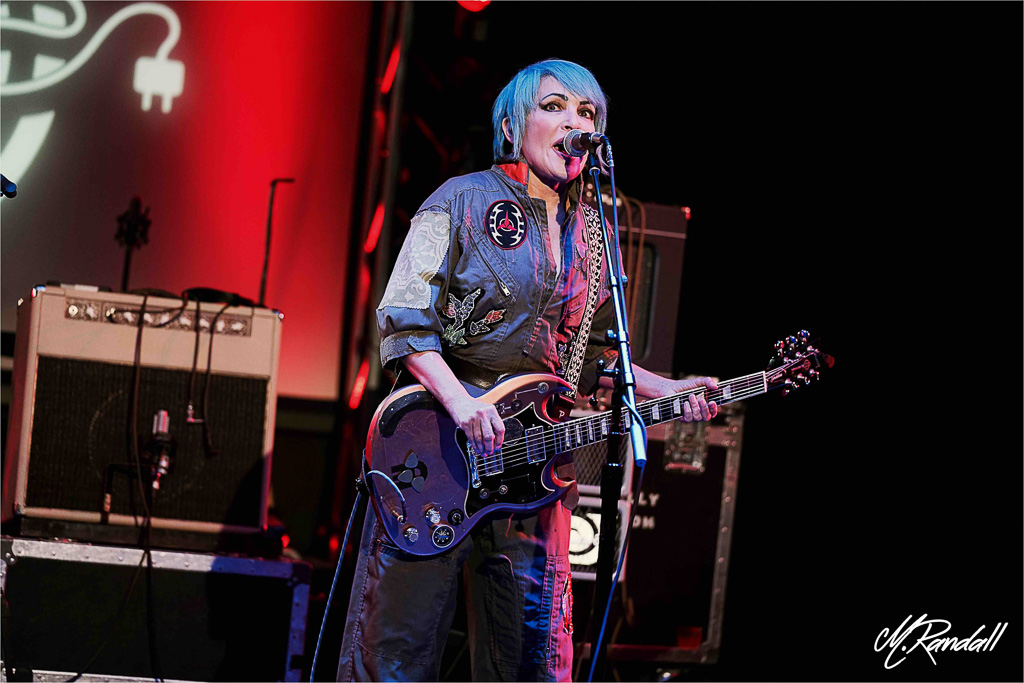 Starting off the evening was Elettrodomestico, fronted by Jane Wiedlin of the Go-Go’s and multi-instrumentalist Pietro Straccia. The band’s name was mispronounced at their introduction, so Wiedlin made a point of clearing things up, explaining that the band’s nickname was “Ed” and that their logo was a horse’s head, in reference to Mr. Ed, and that fans of the band were known as “Ed Heads.” 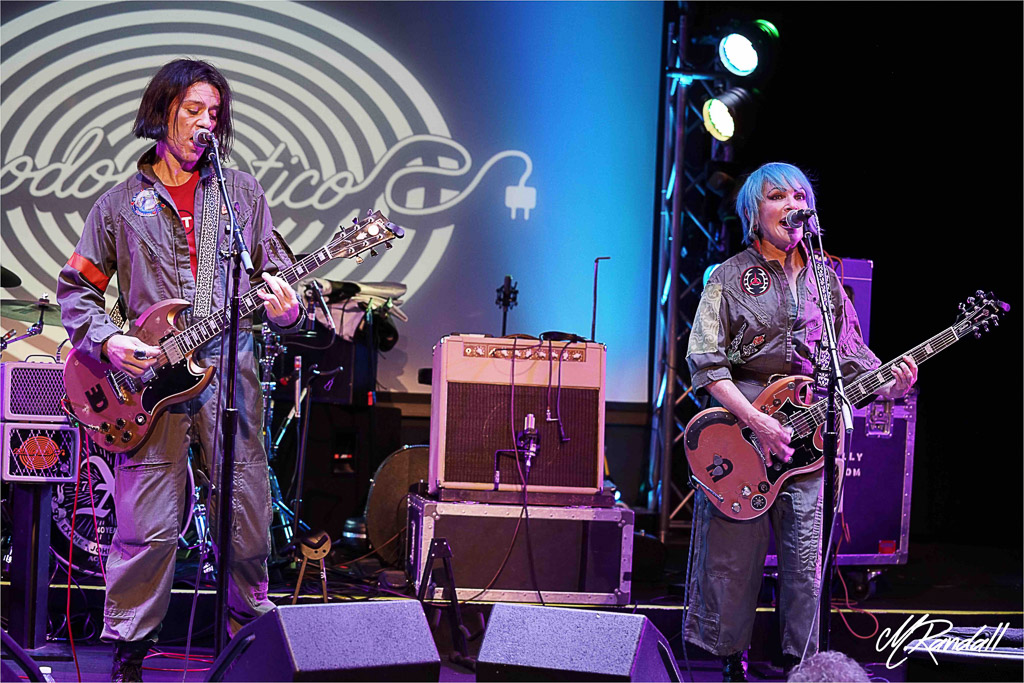 Jane Wiedlin still looks like a teenage punk rock girl with her blue hair and ever-present Gibson SG. Taking the stage wearing matching military-style jumpsuits and combat boots. Wiedlin and Straccia drove through 30 minutes of psychedelic pop, even throwing in two Go-Go’s classics, “This Town” and “Our Lips Are Sealed“. 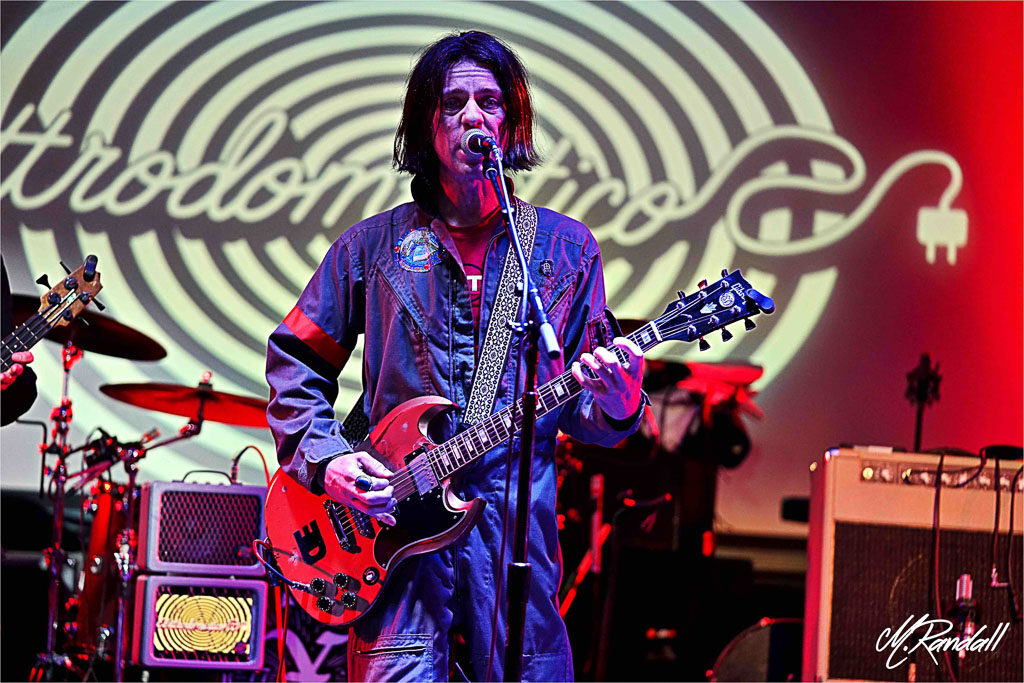 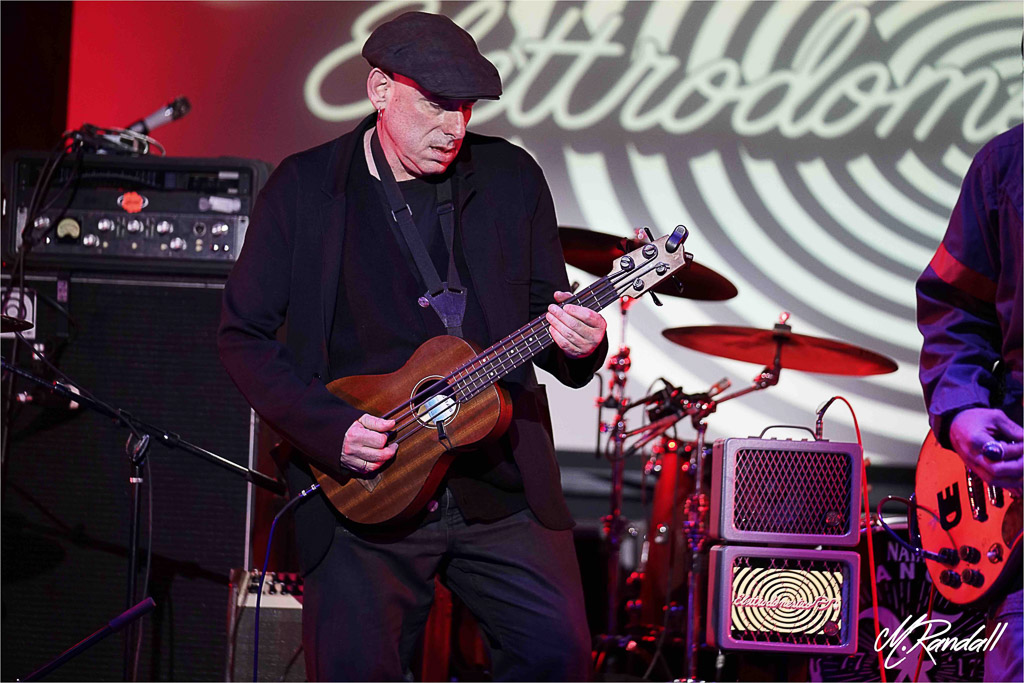 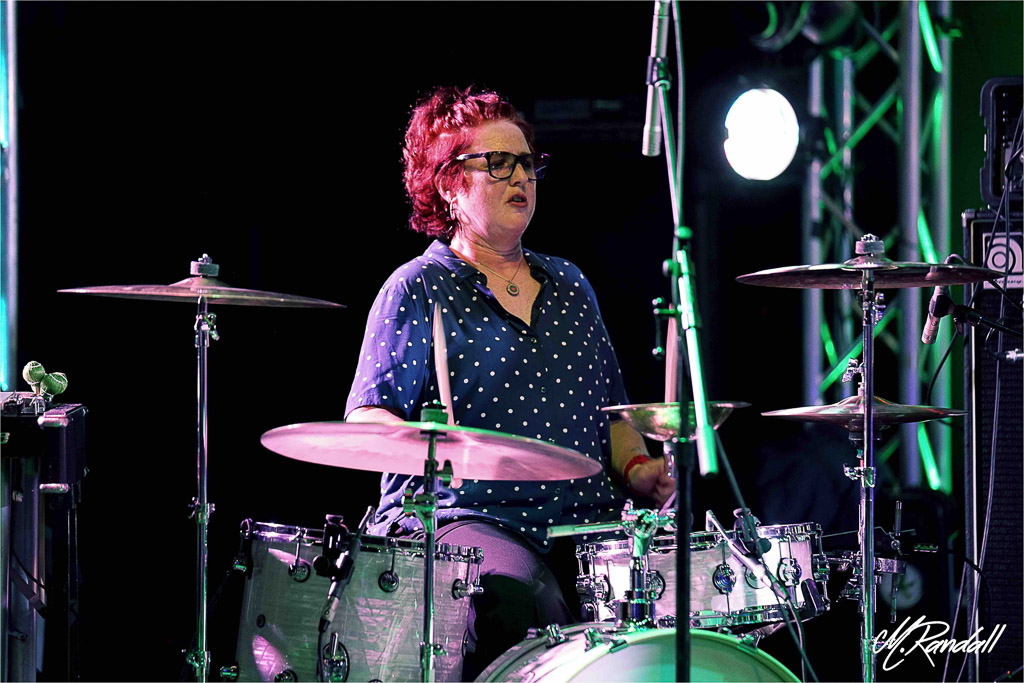 Our Lips Are Sealed 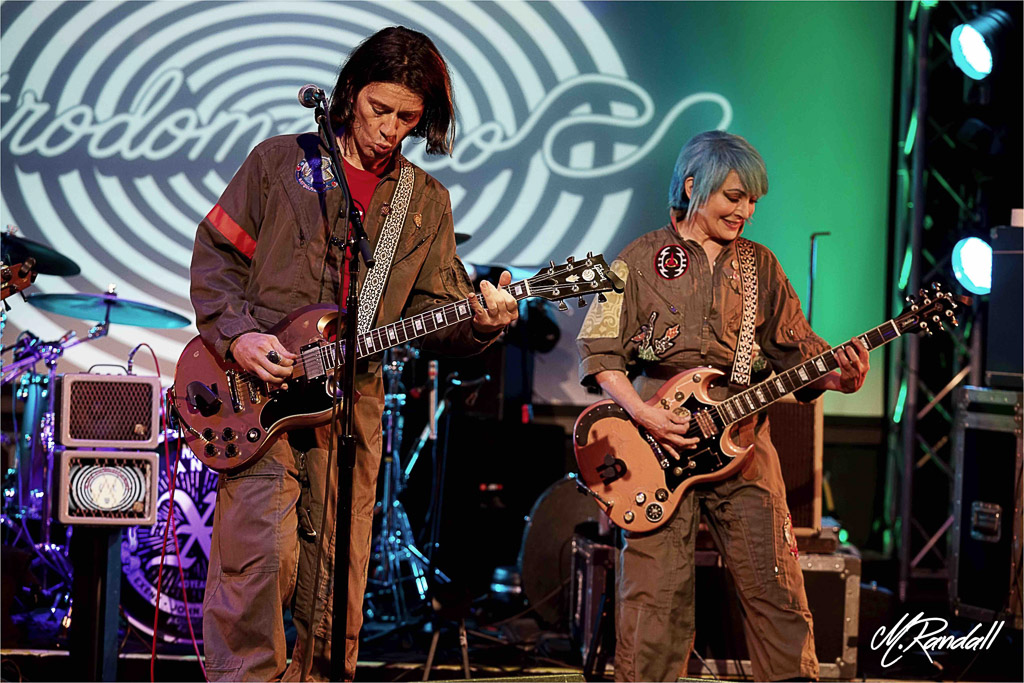 THE DARKNESS w/ The Dead Deads – A Two-For-Two Review from...