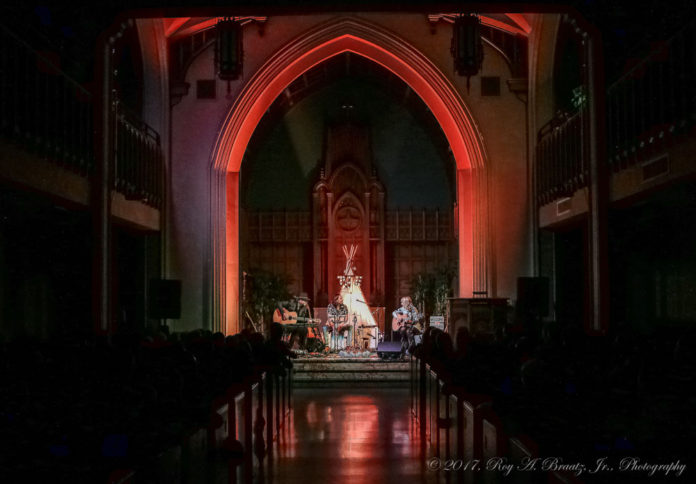 It’s been almost an entire year since their last studio release and since then, alternative indie group The Joy Formidable have been relentlessly crossing the continents on a seemingly endless tour, playing to increasingly frenzied audiences along the way; audiences whose appetite for the band from Yr Wyddgrug, Flintshire, North Wales has become simply insatiable. An extensive touring schedule like theirs is always worrisome for die-hard admirers like myself. We become riddled with fears that such a beautiful band will self-implode from the sheer exhaustion of it all, thereby subsequently depriving us of all future music and performances that were supposed to be, but now never will be. 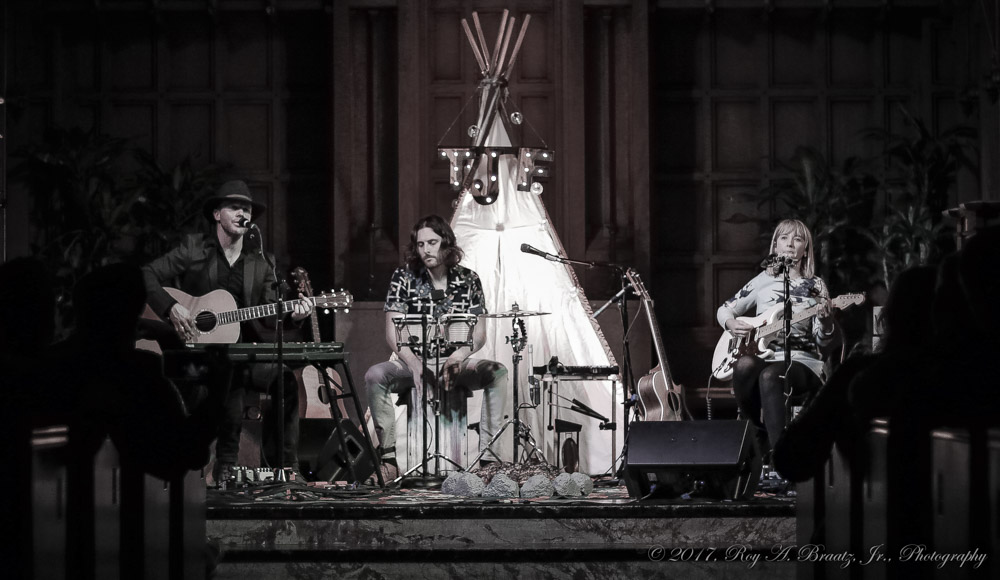 That’s why I was more than a little relieved when the band announced a more “low-key” acoustic series for the Leave No Trace tour, hoping it would give them a small reprieve from the super-charged, electrifying, unadulterated, energy infused performances that we’ve come to know and love from the band; the band that has been regarded lately as one of the top live performance acts of the last decade.

Well if, like me, you thought that this would probably be just such a low-key affair where you could recline in your summer espadrilles, gently sipping a Gwynt y Ddraig Cider as if on the banks of the bucolic River Llugwy, while listening passively to soft-tempered, pastoral, Gaelic-inspired guitar strums of The Joy Formidable’s protean oeuvre, you couldn’t have been more wrong. Ritzy Bryan (Lead Vocals, Guitar), Rhydian Daffyd (Bass Guitar, Guitar, Vocals, Tambourine), Matt Thomas (Drums, Chimes, Percussion, Guitar), and special guest violinist Anna Bulbrook brought every ounce of their intense spiritual power to this acoustic set at Cathedral Sanctuary At Immanuel Presbyterian Church in Los Angeles, California this past Saturday, just as they do to any of their high-powered electric outings.

The band collectively harnessed every last bit of that cathartic ferocity that Joy Formidable audiences know so well and then used it to penetrate deeper and more covertly into the heart of the listener with their acoustic renditions; like a magnifying lens channeling all of the sun’s loose energy into a single concentrated beam — multiplying its quiet intensity to a fever pitch; and with it they etched eternal monuments of sound in the hearts of all who were there to experience it. It seemed too perfect and beautiful to be real in the uninspiring world we live in on a daily basis. 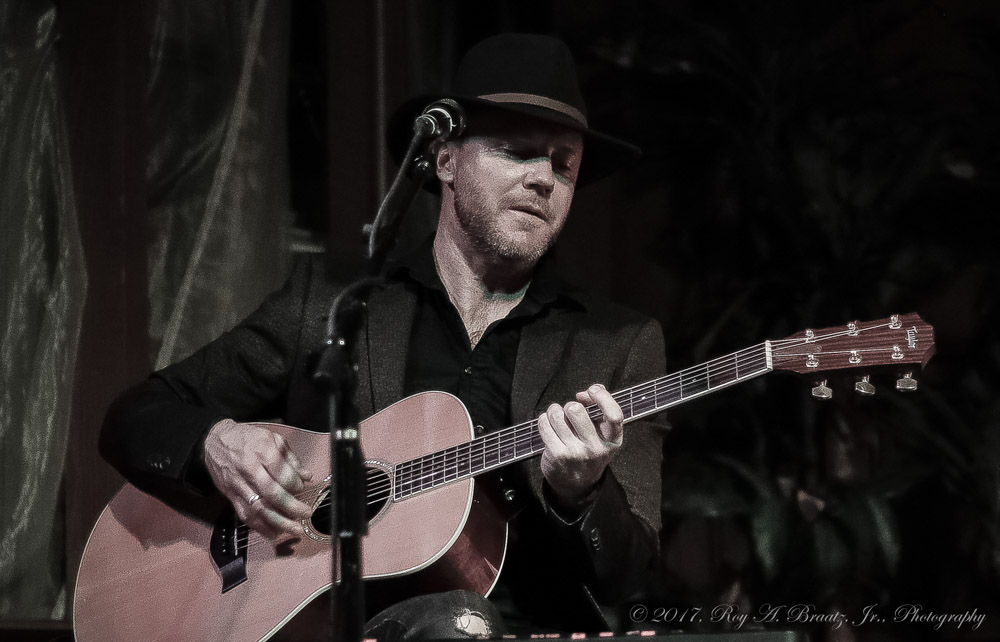 Saturday night showed us a new way of hearing The Joy Formidable; a new way of experiencing their profound depth of spirituality; a new way of personally getting to know them without shedding an ounce of the familiar. This tour successfully attempts to change the relationship between “performer” and “spectator” for the better. This becomes patently clear before the music even begins, when upon entry into the already darkened chapel, arriving guests are welcomed to their place amongst warmly illuminated scattered maple leaves surrounding a campfire near a humble sign that reads “welcome, friends”. 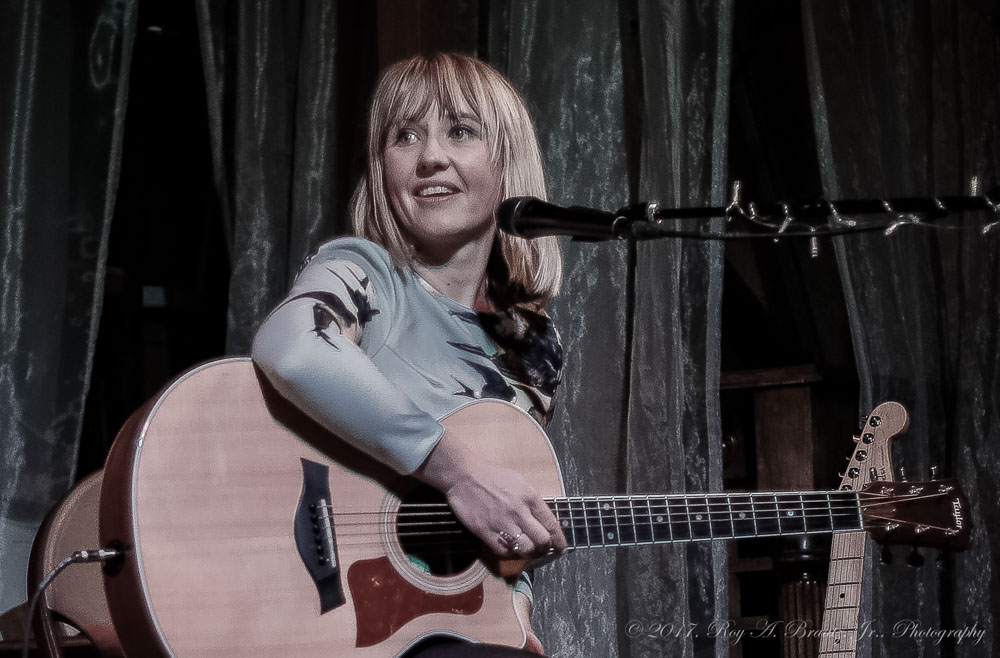 We, as the audience, were not separated from the performers by degrees this evening being “mere spectators”; rather audience AND performers were all just close friends hanging-out together around a summer campfire as it were. And when the band came to the stage they reminded us of this by wonderfully avoiding all the typical formalities and introductions attendant to the everyday concert routine. It was just familiar faces, smiles, customary banter, and old friends all around. And of course it was Ritzy’s wonderfully indiscriminate, all-night use of the word “fookin’”, as in, “Hey, everybody!! Nice to fookin’ see you all!” in her heart-melting, Clwyd-born inflection that kept the audience falling in love over and over and over again, ad infinitum. 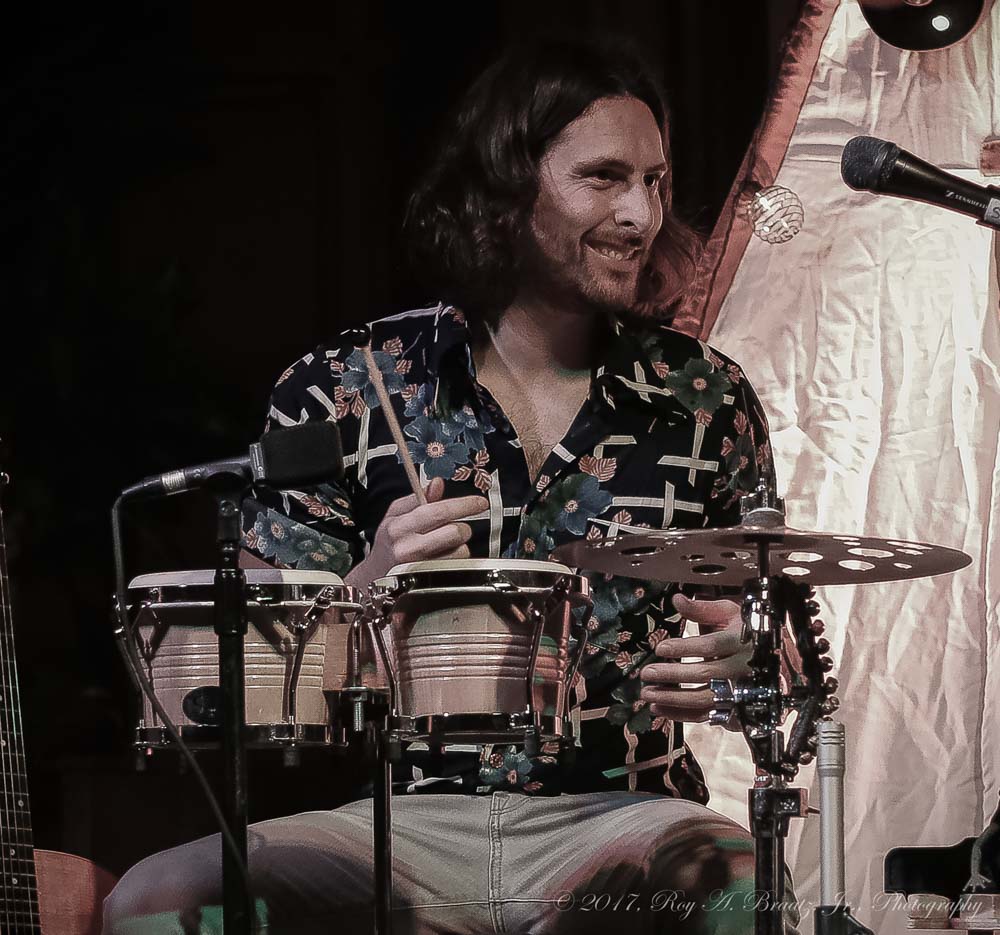 After a twelve or fifteen minute opening dialogue in which the trio’s famous rapier like wit and playful, blasphemous banter was on full display to everyone’s pleasure, the band eased into a dreamlike rendition of The Everchanging Spectrum of a Lie that hypnotized me so deeply that it still plays on in my memory.

Revealed to me through these deeply intense acoustic moods, this band has a rare gift found only once or so every couple of generations – a gift that perhaps The Joy Formidable, themselves, aren’t even aware that they possess; an emotional gift that is almost impossible to describe by intellectual means. My crude attempt to describe it, however, would be to say that their gift is a super-natural ability to hold a listener in complete captivity through its stillness. Yes, its utter stillness. A word that probably shocks the experienced Joy Formidable audience member to the core. A band that is normally the very antithesis of “still” in performance, engendered it so naturally. The profound, transcendental stillness created by these three deeply connected individuals via intense acoustic versions of popular electric favorites, allowed me to distill a deeper and more personal meaning from the music; music that had already touched my soul so many times before in a different way during its hard-charging, plugged-in formats. 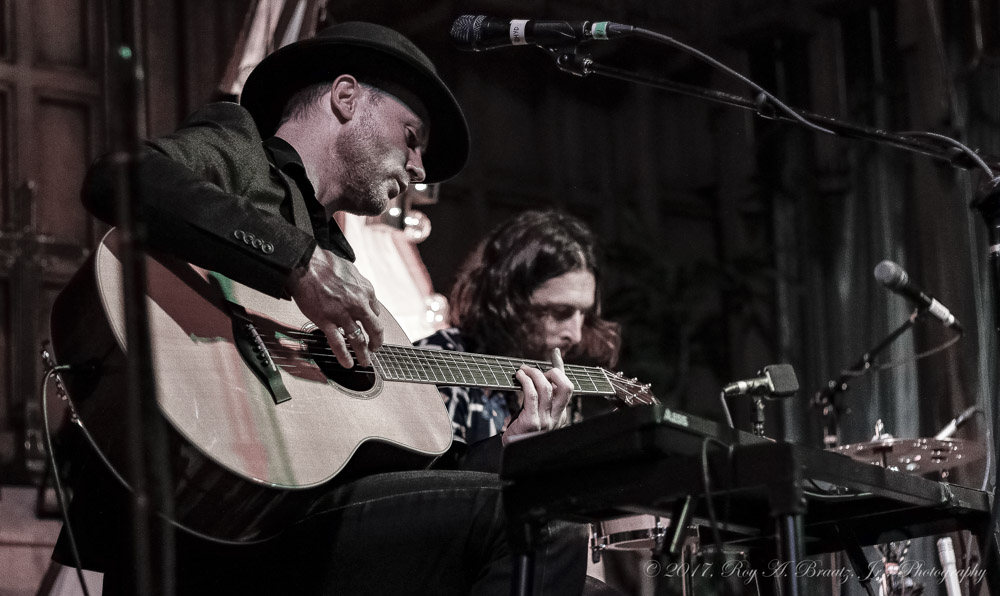 Most of the night, I found myself (please excuse the cliché for lack of a better phrase) completely lost in the music altogether, literally forgetting entirely where I was physically. There were moments on Saturday night when the entire world around me disappeared and the only things that DID exist were me and my emotional inner maelstrom provoked by The Joy Formidable’s musical power to transport me to the further, unexplored cosmos of my soul.

The band continued on from the opening song to guide us carefully and deliberately through the night on a perfectly timed, concerted, and structured odyssey across wonderland; the music conducting us higher or lower, deeper, inwardly and outwardly through stillness and climax along the journey as its creators wished, and then gently eased us back down safely with a perfectly and gently grounded encore. It was a rare and unforgettable, life-affirming musical experience that will never disappear. It will always be there, manifesting inside of the hearts and minds of each and every person privileged enough to witness it. One glance at the faces around me as the lights came up told me that I was not alone. We had all been through something personal and significant together with Ritzy, Rhydian, and Matt.

As I drove to the show earlier in the day, I was more than a little confused, and maybe even skeptical, at the thought of hearing and seeing a rock band play a church, even as an acoustic set. But by the end of the show, it made PERFECT sense. Of COURSE!! A church is where people go to be closer to the divine; a place for people to metaphorically elevate one’s self to a higher place outside of and far above the crude world below; a place of reflection and edification and exaltation. Well, Cathedral Sanctuary at Emmanuel Presbyterian Church served its defining purpose on this night complements of a truly divine trio of musicians. This being an acoustic set, the church setting was a perfect reminder that sometimes the quietest musical sounds, happen to be the deepest and most existential. 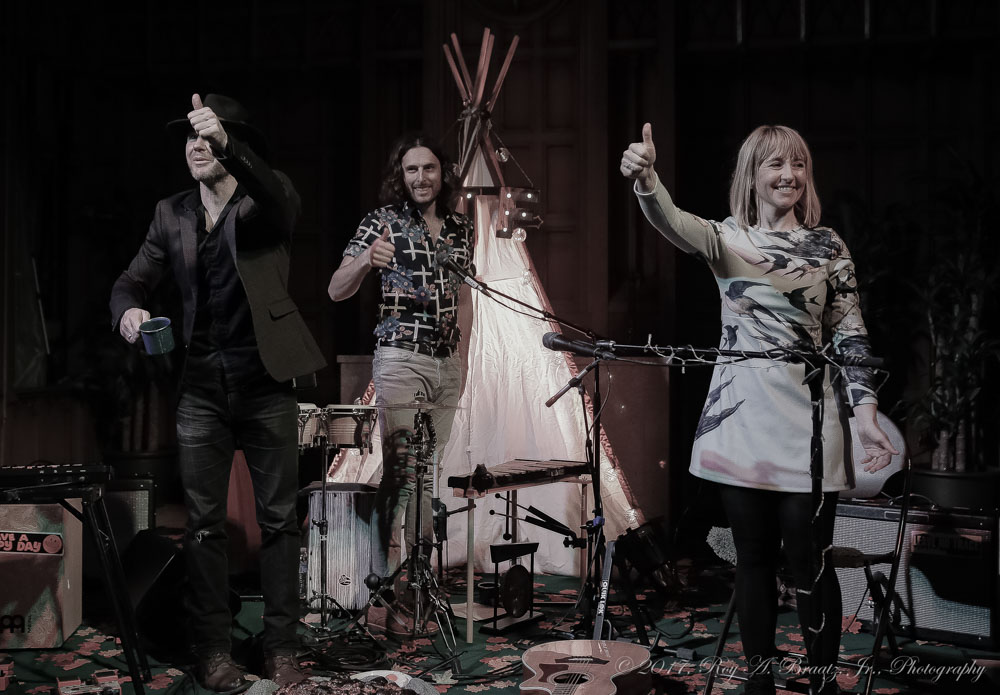