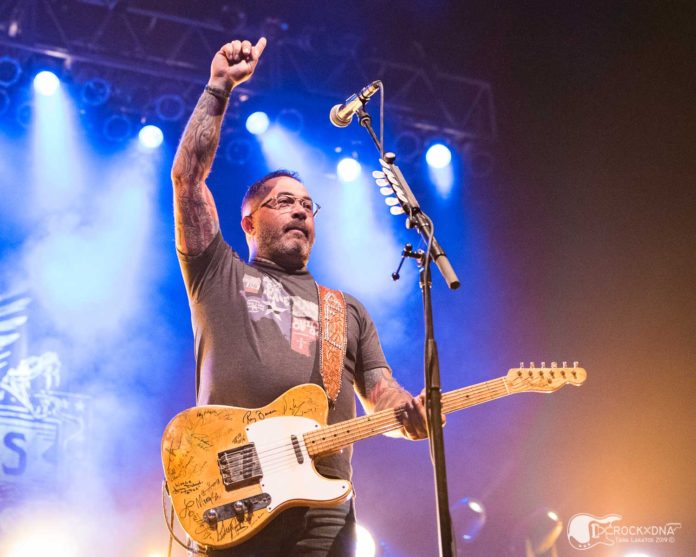 Aaron Lewis and the Stateliners 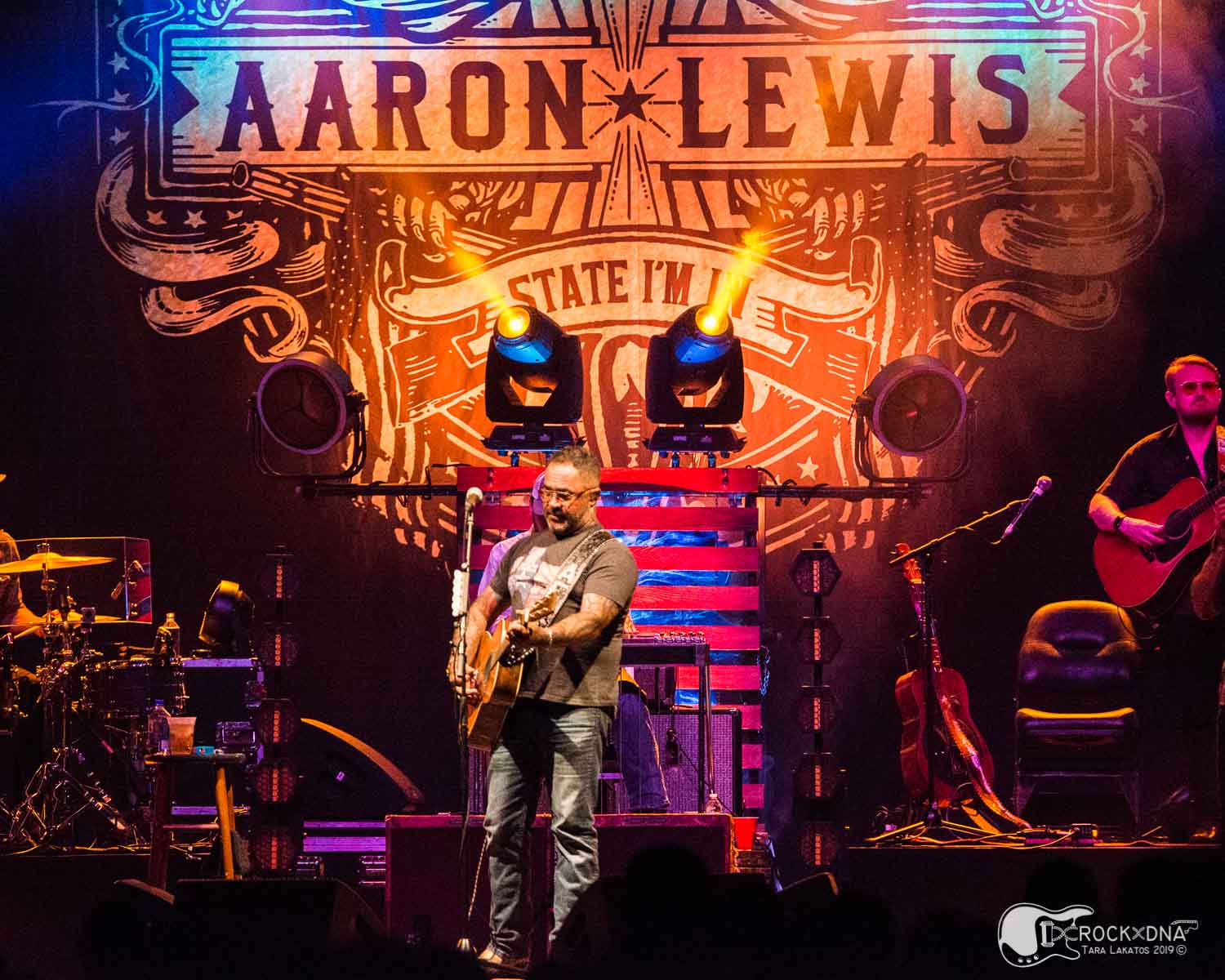 Aaron Lewis and the Stateliners’, State I’m In tour hit the Sands Event Center in Bethlehem, PA on June 13, 2019.  Aaron Lewis has been shelling out country hits since 2011 which is quite the departure from his band Staind that has been on hiatus since 2014.  Aaron’s solo show sometimes come with a bit of political controversy, but he speaks his truth and will not waiver from his beliefs. 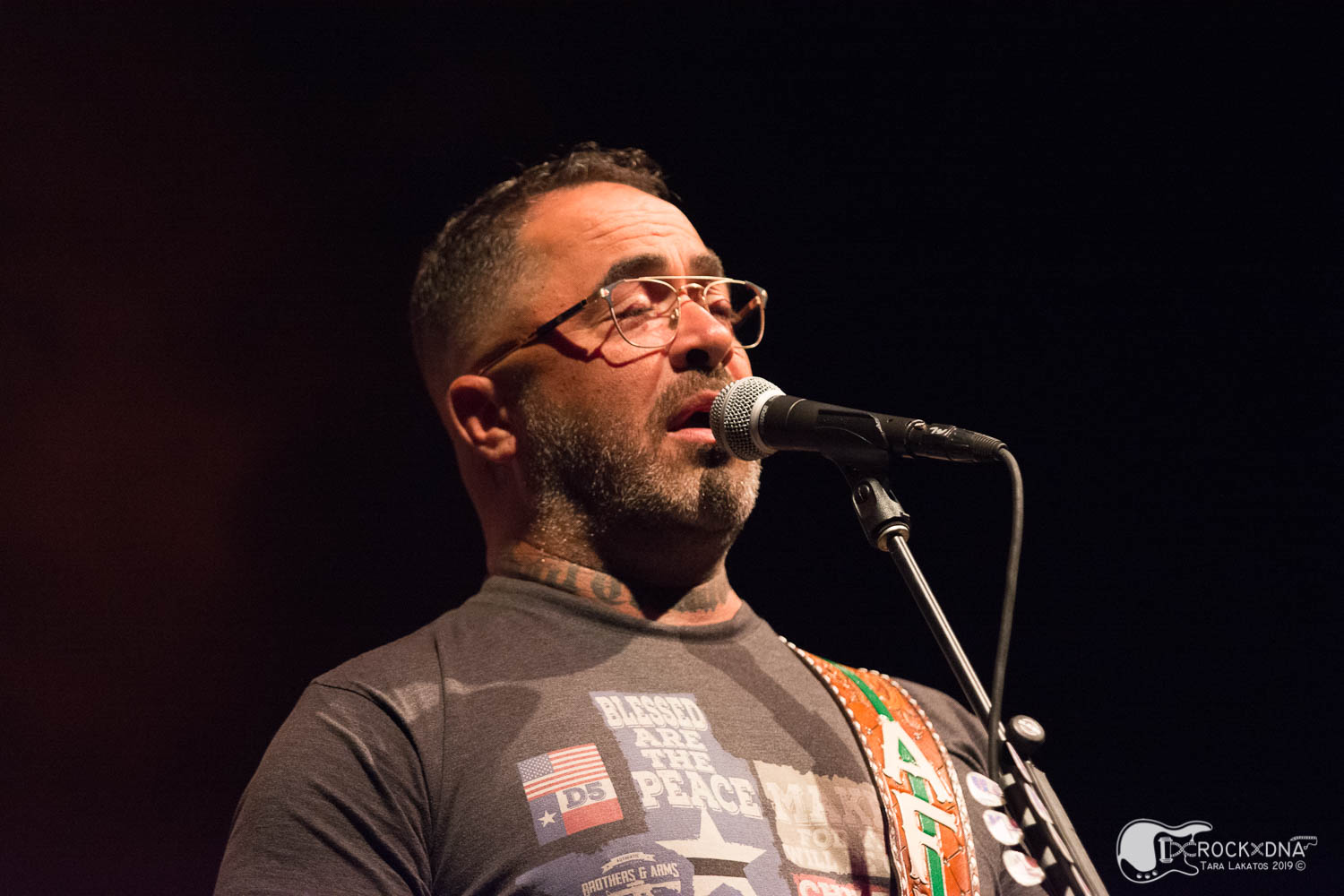 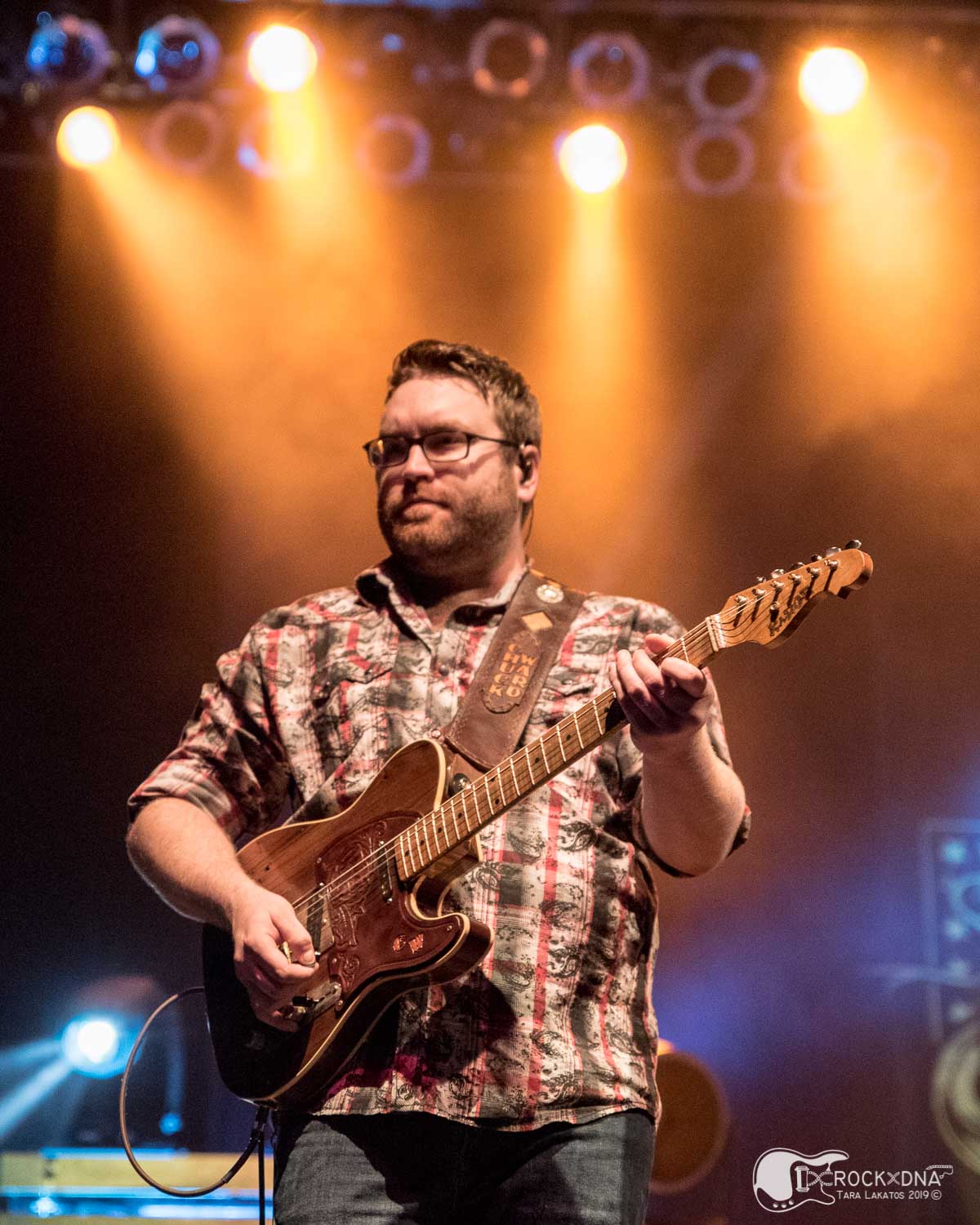 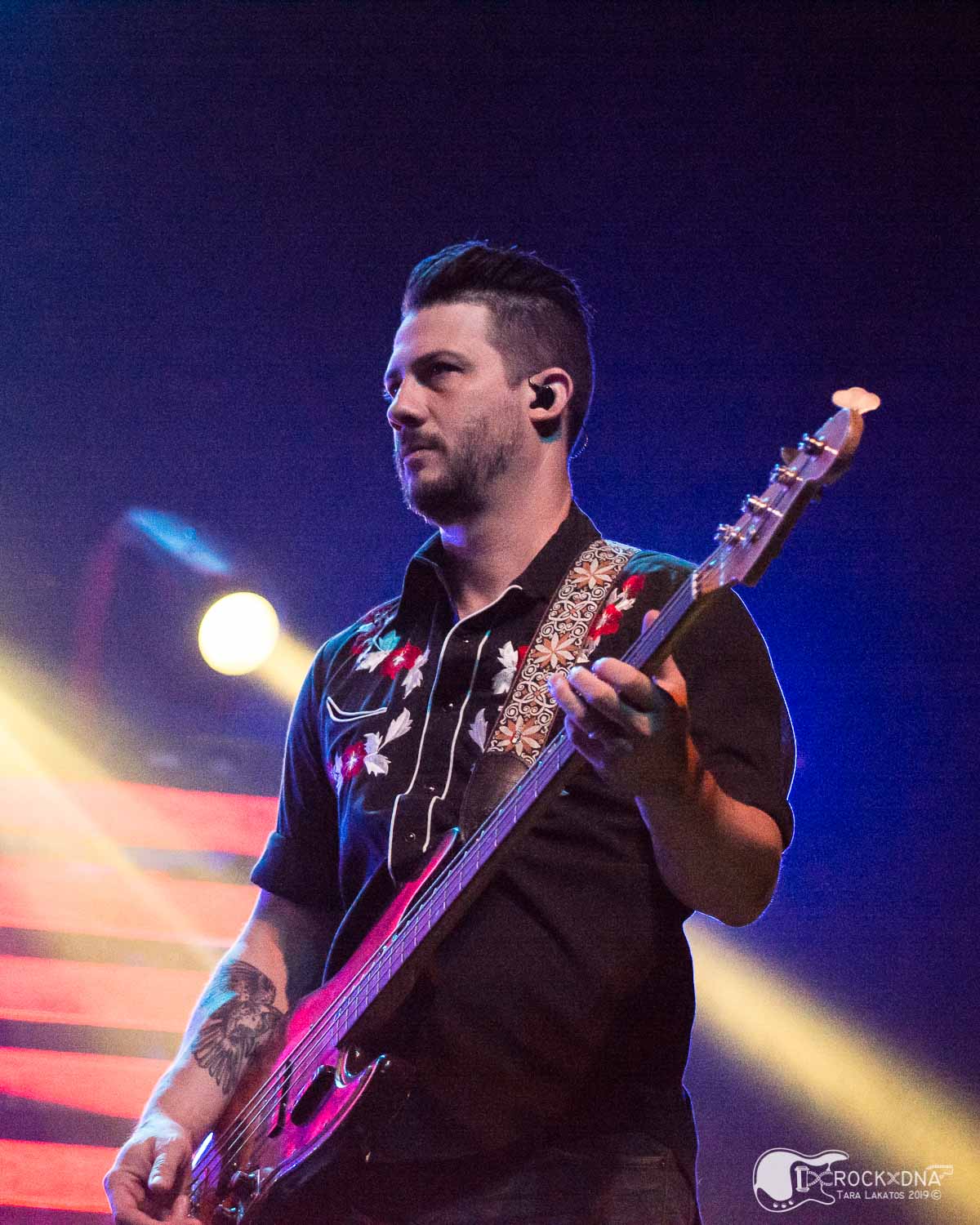 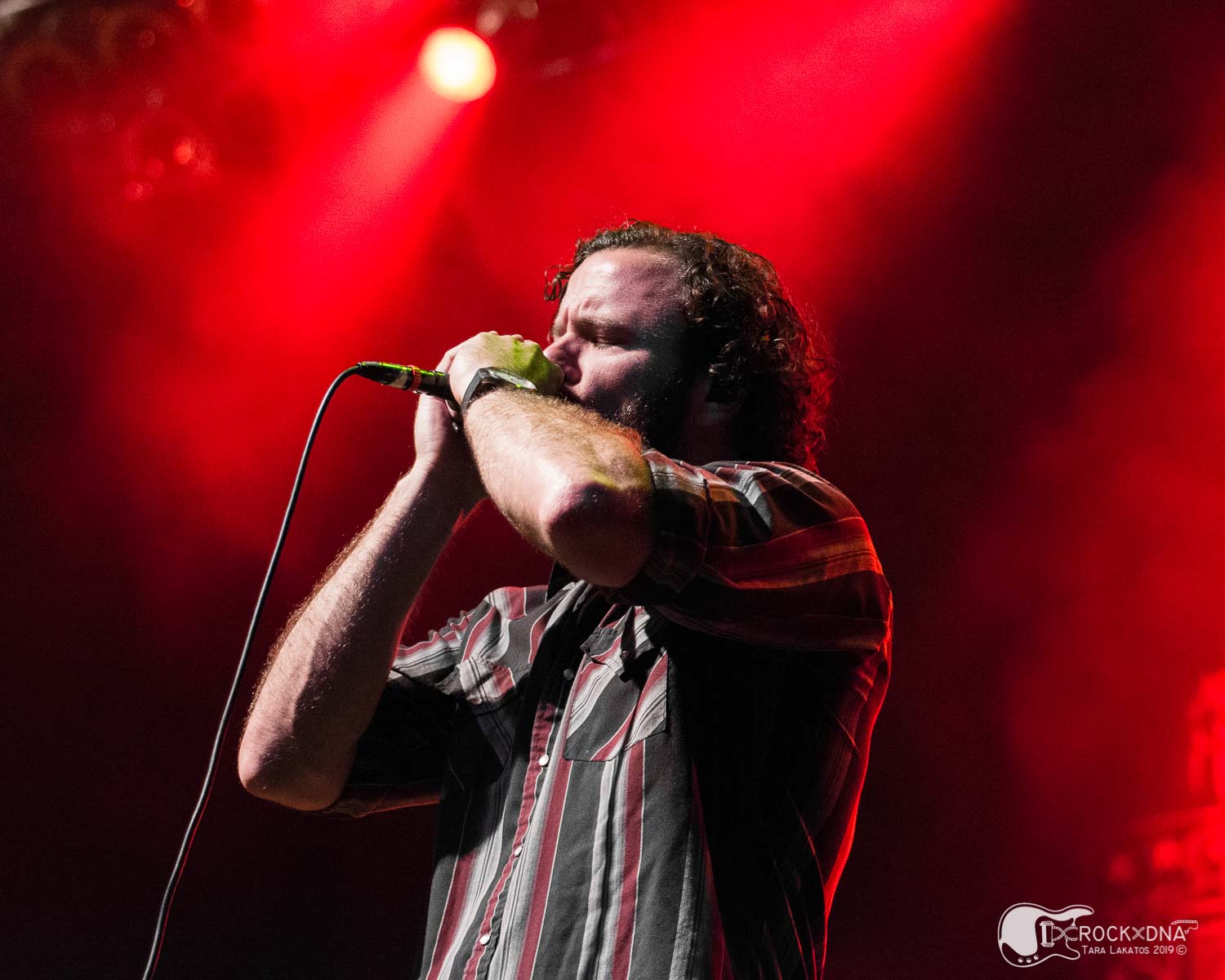 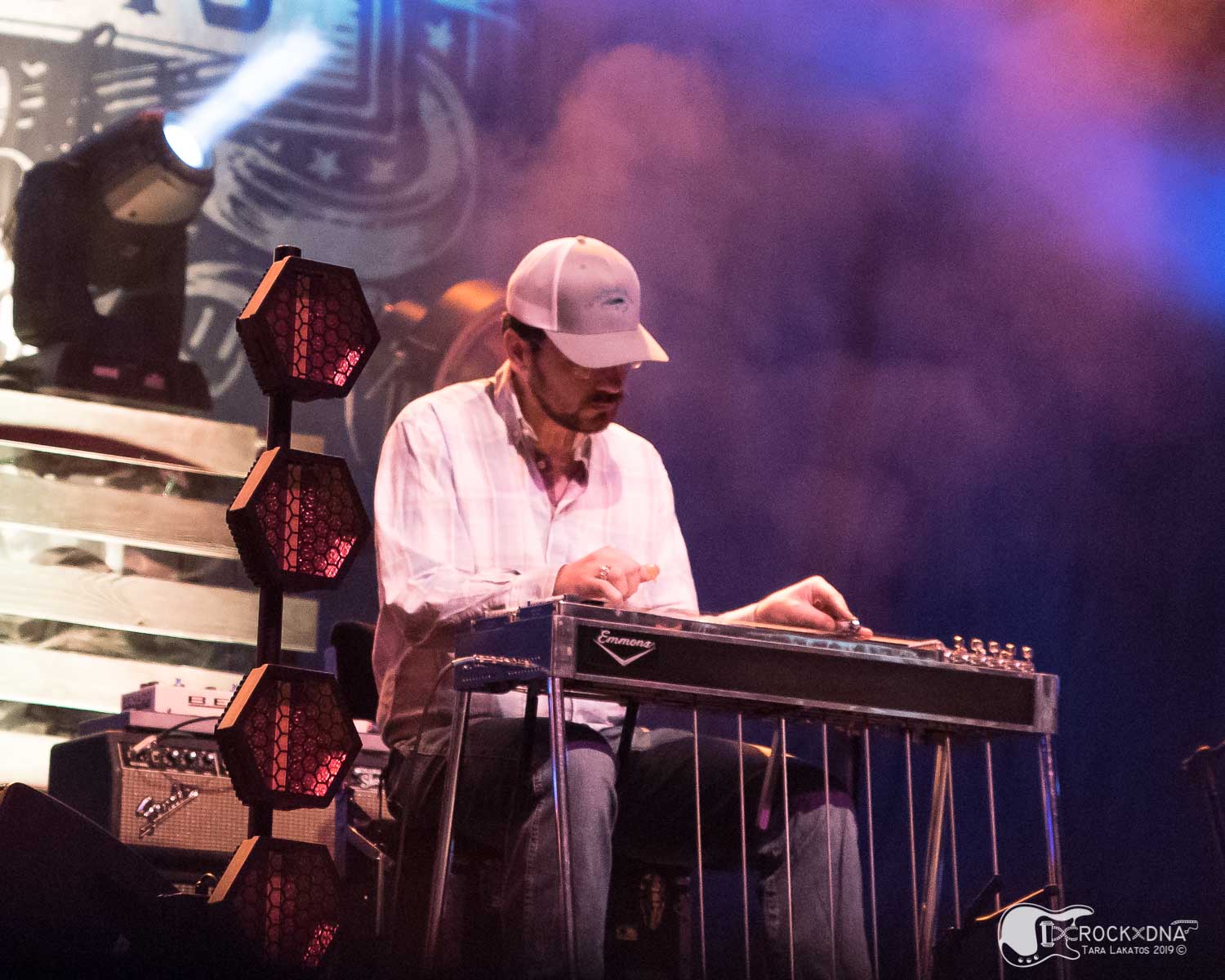 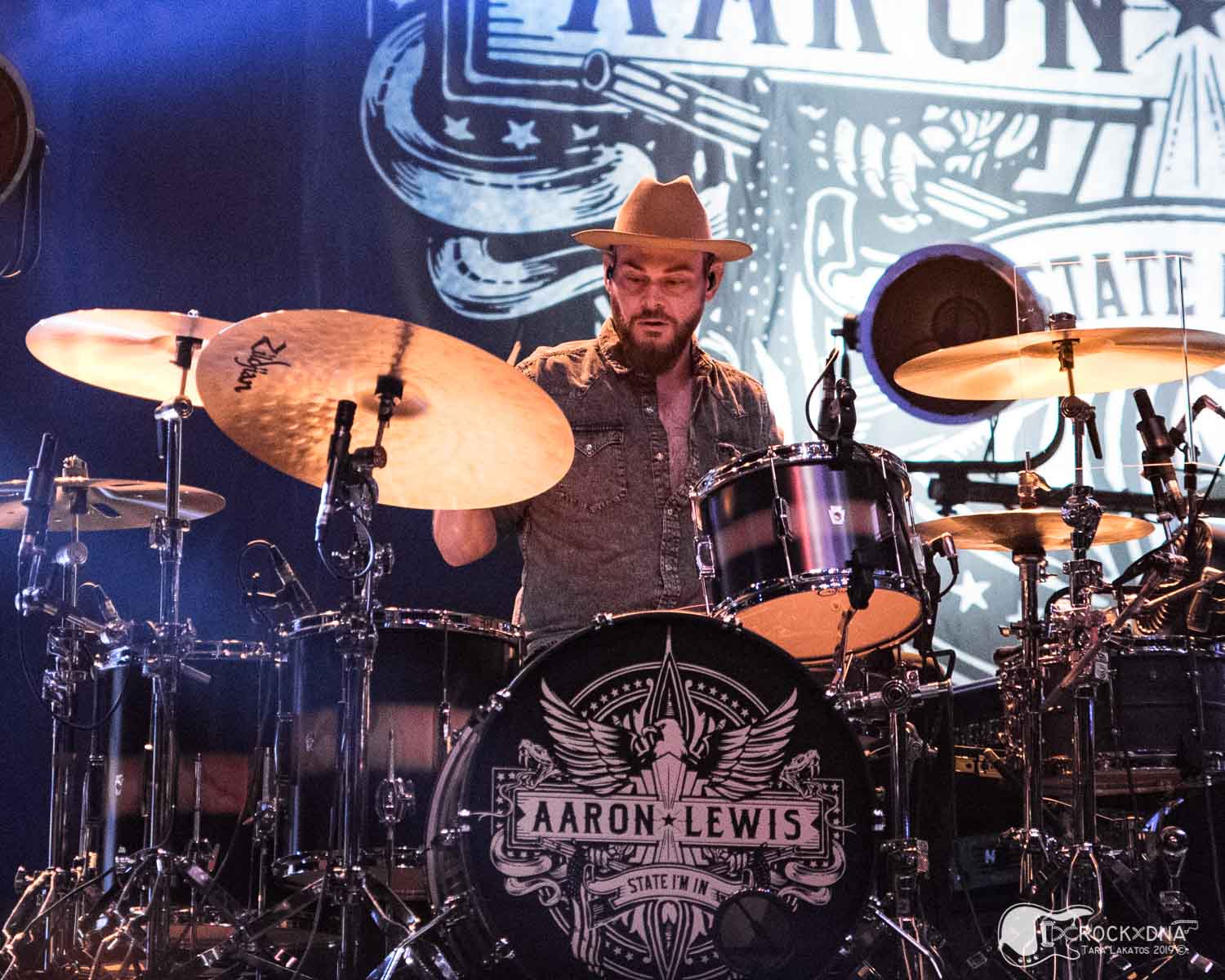 Aaron, in typical outlaw fashion, hit the stage with a cigarette and a beer waiting for him on a stool next to his mic stand.  He strapped on his guitar, took a swig of beer and said good evening.  He started the night off like he does every evening with the Pledge of Allegiance.  He took a few moments and went into his first song of the night “Country Boy” from his debut country album “Town Line”.   Aaron, it seems, was born to be in the country low light.  He pulls out the southern drawl, the simple no b.s. lyrics, and American pride.  This song immediately became a crowd wide sing-a-long.  Before his next song he explained that he wasn’t from the south, that he was a “Northern Redneck”.  This is your typical but not so typical, working man’s country song.  Aaron sings about country pride, dirt on your hands, hunting and drinking.  He is backed by a full on country band and the slide guitar was flowing for this one. 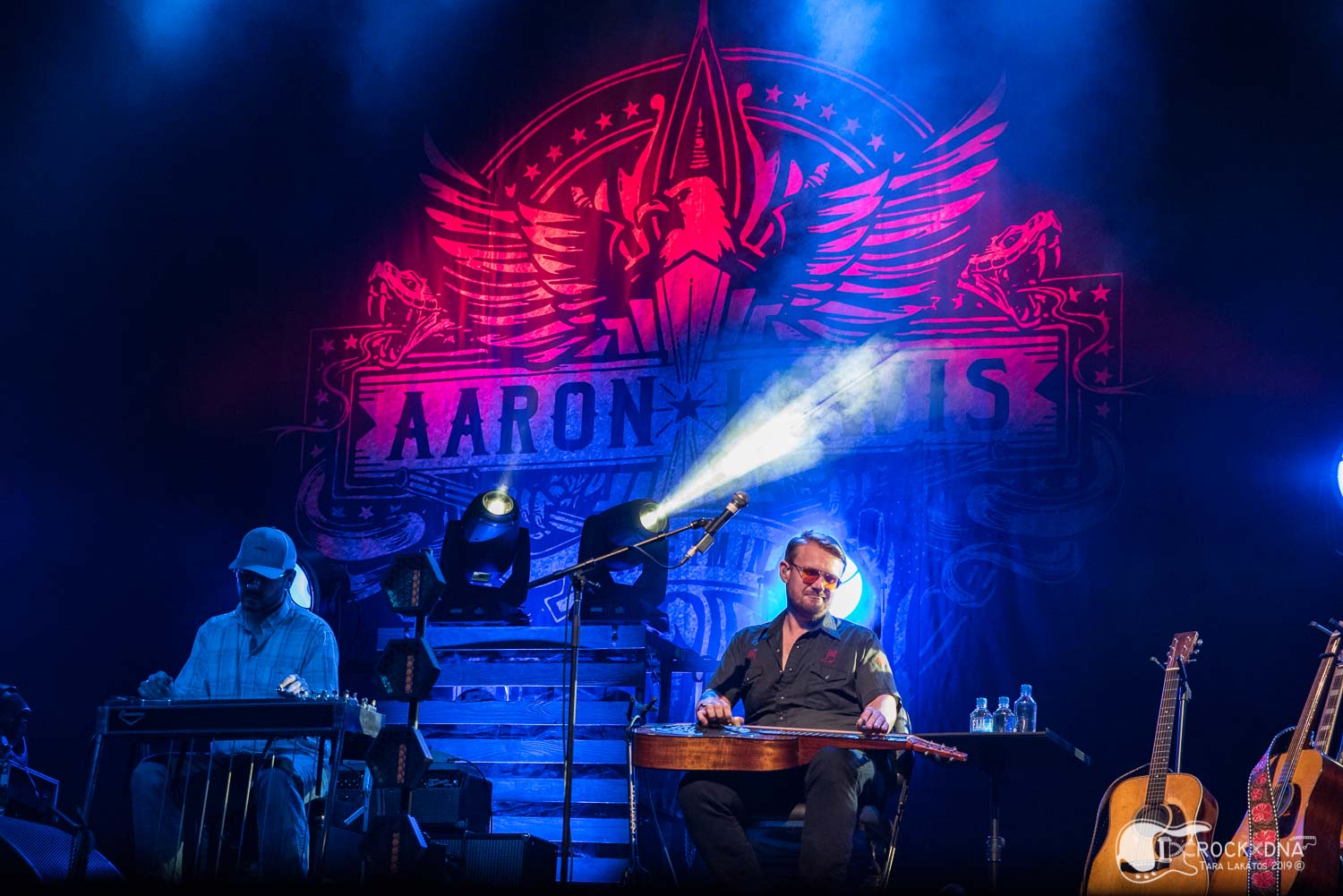 The third song of the night was “Keeps on Working” and before the song started Aaron said he wrote it about everything that is wrong with Nashville.  While I hold Nashville very close to my heart, this song definitely holds a lot of truth.  “They used to sing about pickup trucks on my radio, now those SOBS are in SUVs and ain’t never left the road”.  If you’ve been in town lately this is much the case.  “There ain’t no country music down on music row these days…it’s just watered down LA”.  There is also a bit of truth in this.  While music row and the honky tonks are still pumping out country tunes, all of the back street bars and music venues are pumping out a lot of rock and roll.  The watered down LA part has some truth too, Nashville is filled with musicians that have fled the likes of LA, it’s nearly as expensive now too. 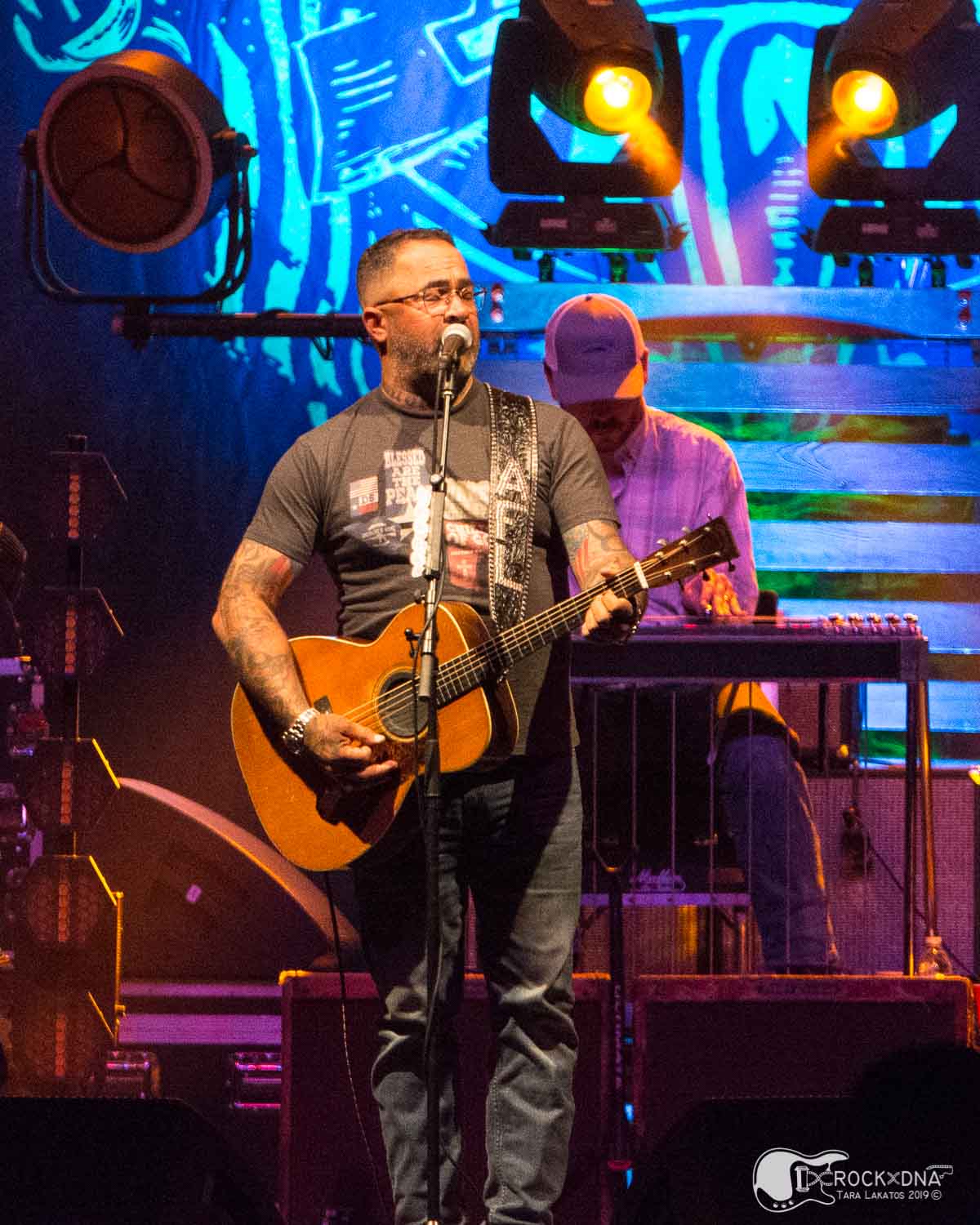 Aaron likes messing with the crowd a bit, we got parts of Smashing Pumpkins, Led Zeppelin, a rousing rendition of Journey’s “Open Arm’s”, and Poison’s ”Every Rose Has its Thorn”.  While he was having fun the audience was having a party.  The odd mix though showed Aaron’s true talent even if in part’s he was joking around.  All kidding aside we also got to hear some of the Staind hits with a country twist.  During “It’s Been Awhile” the audience was almost louder than his vocals.  This song has really stood the test of time and it’s still played in regular rotation on the radio 25 years after its release.  He closed out the show with some more Staind tracks.  Second to last was “Outside”.  He started by lighting another cigarette and asking the crowd if they had heard of Lizzo yet.  For anyone who doesn’t know she’s a badass rapper.  He went on to talk about “Outside”, and said that he had no intention of playing the song and that he hadn’t finished writing it yet, “but it kinda just fell out like drinking the water in Mexico”.  If anything Aaron’s banter between songs is priceless and hilarious.  This one was just him and his guitar, it literally sounded as good, if not better than the radio version.  The audience again was loud and proud singing along.  His fans probably were the loudest I’ve heard in a long time, they were there for him and the music.  It was definitely something to witness. 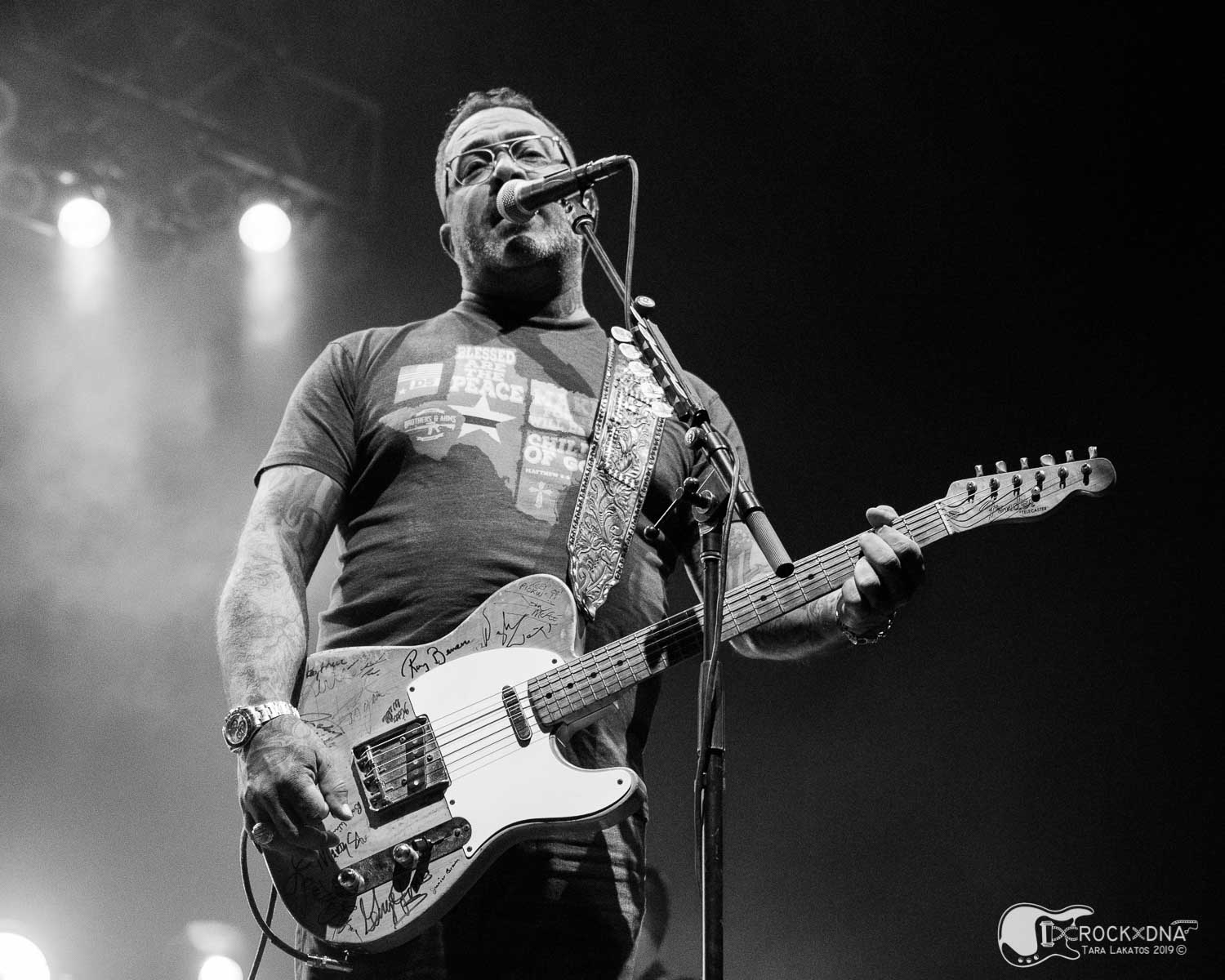 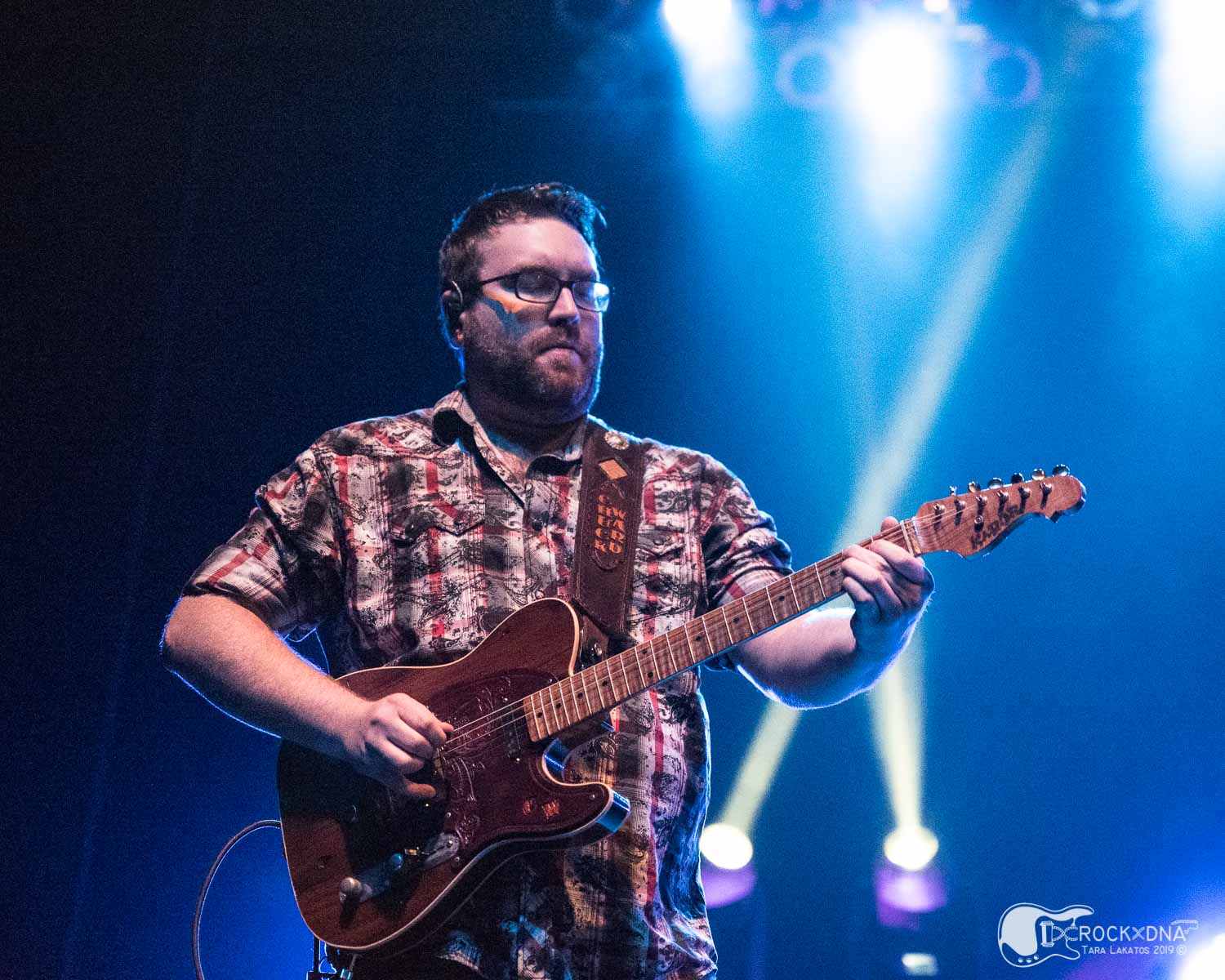 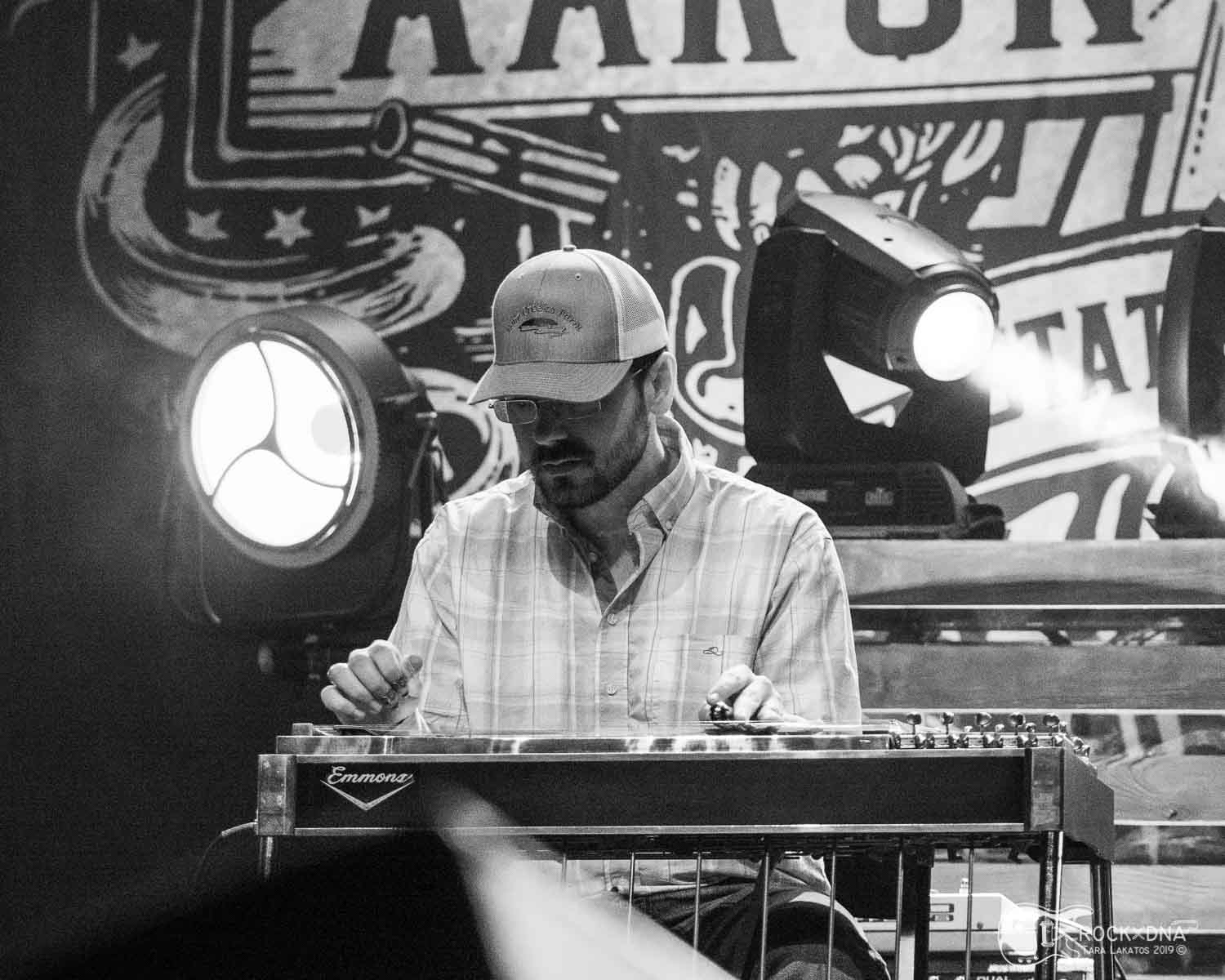 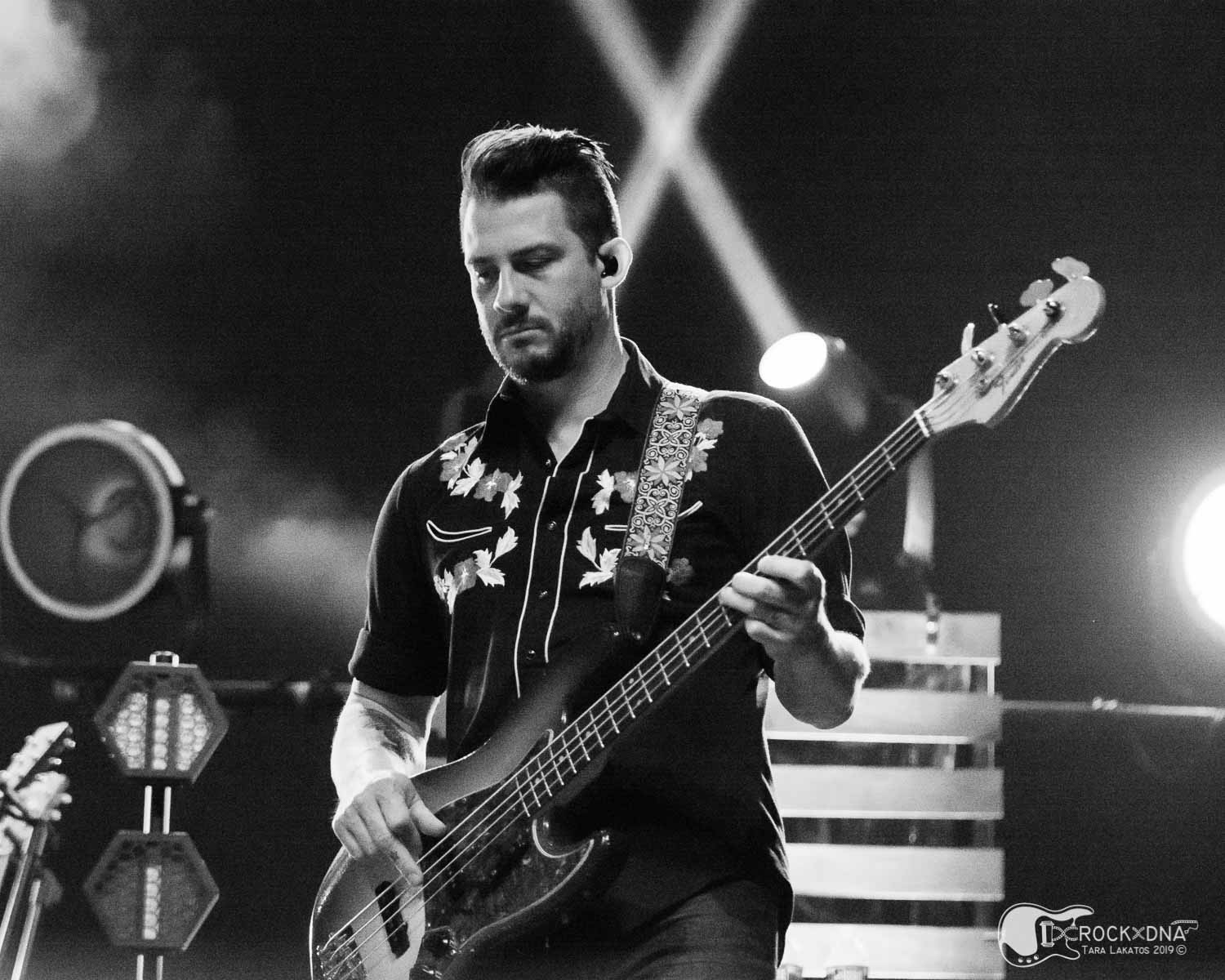 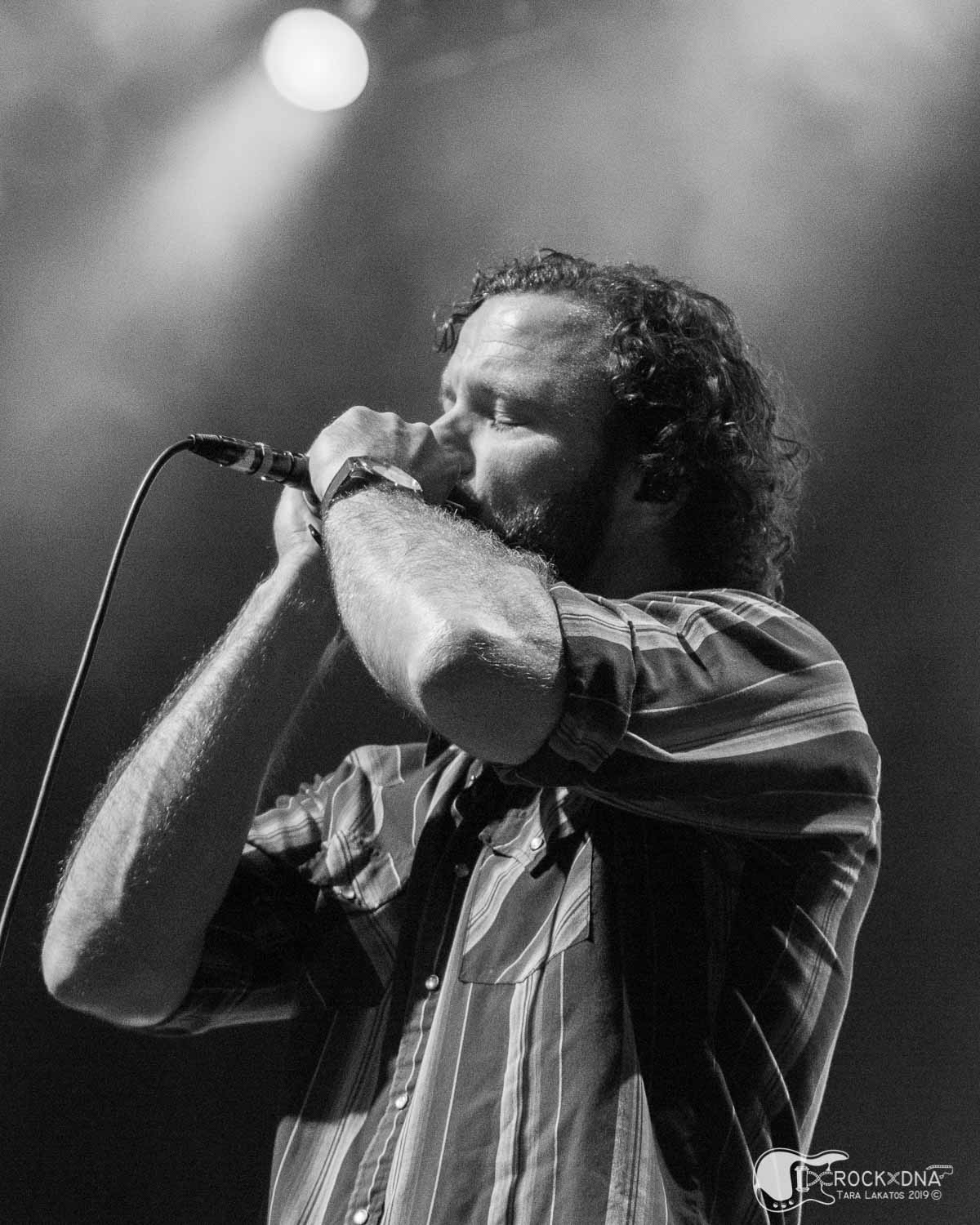 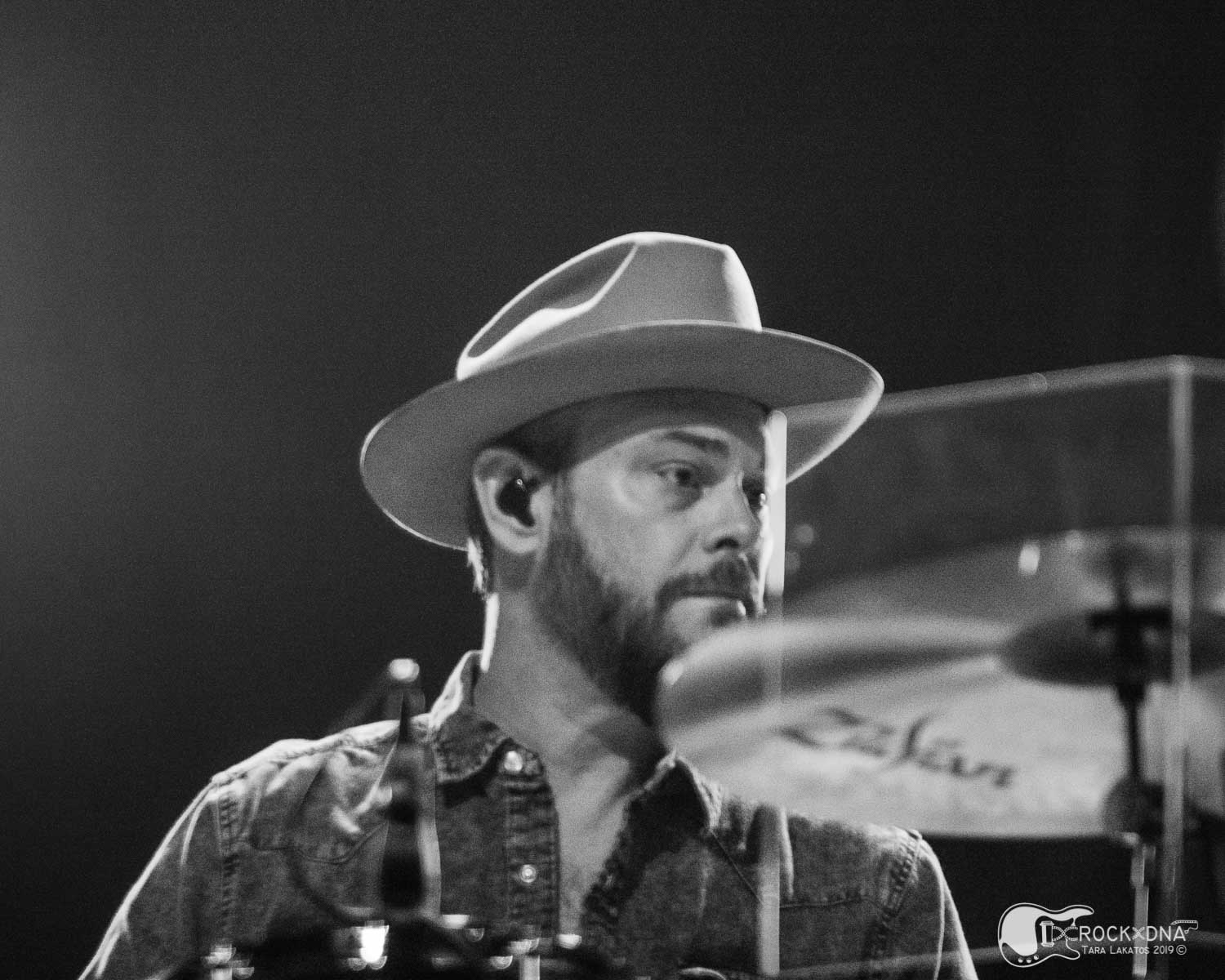 Aaron closed out the night with Staind’s “Intro”, no mic, just him and his guitar on the edge of the stage. He quieted the audience to the point you could hear a pin drop.  No other artist I have seen could have shut up 2500 people at once.  He may be a little cocky, and a little rough around the edges, but he commands the stage and has talent for days.  If you can put aside his politics, I highly recommend catching one of his shows, he’s on tour currently through the end of the year all across the U.S. 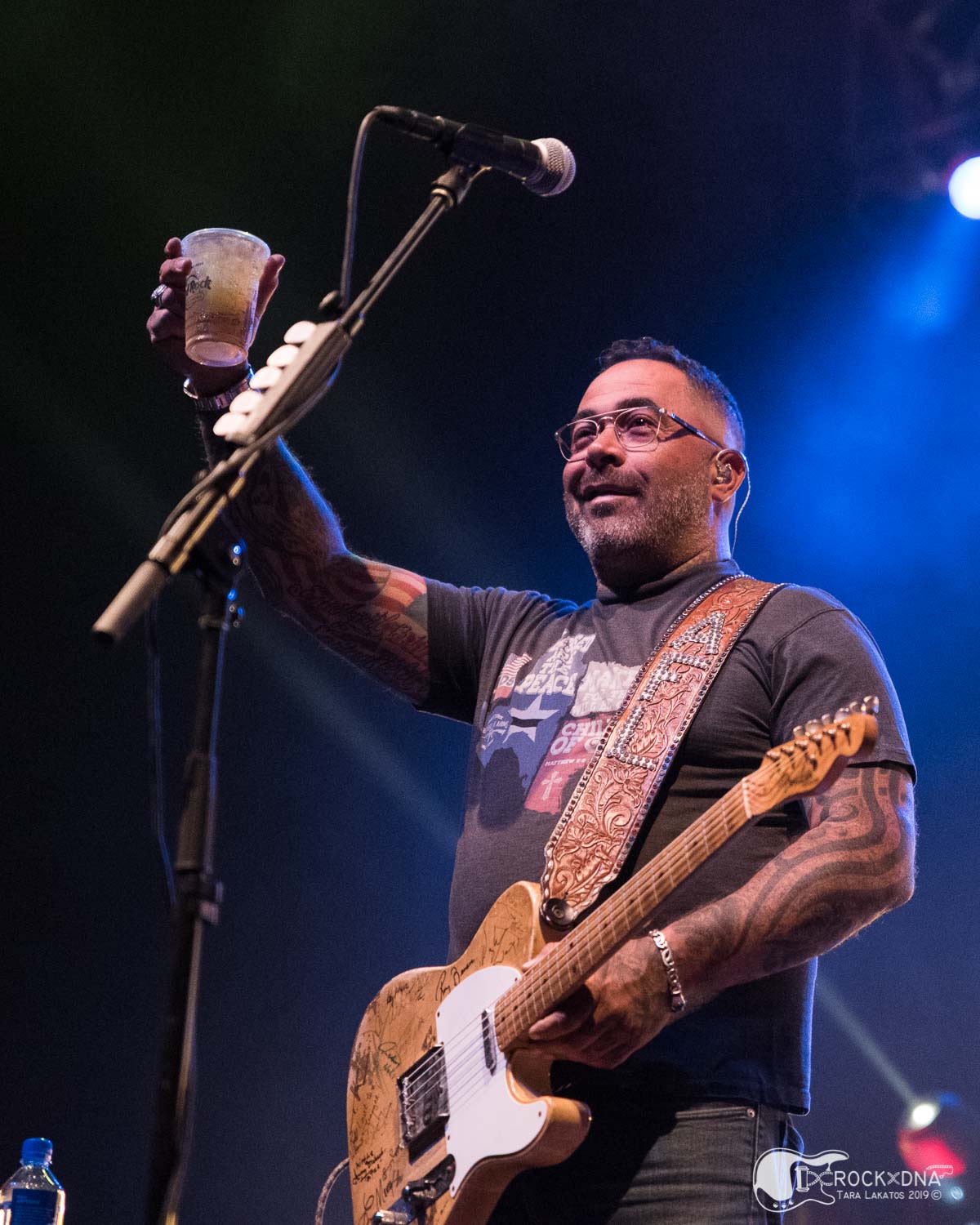 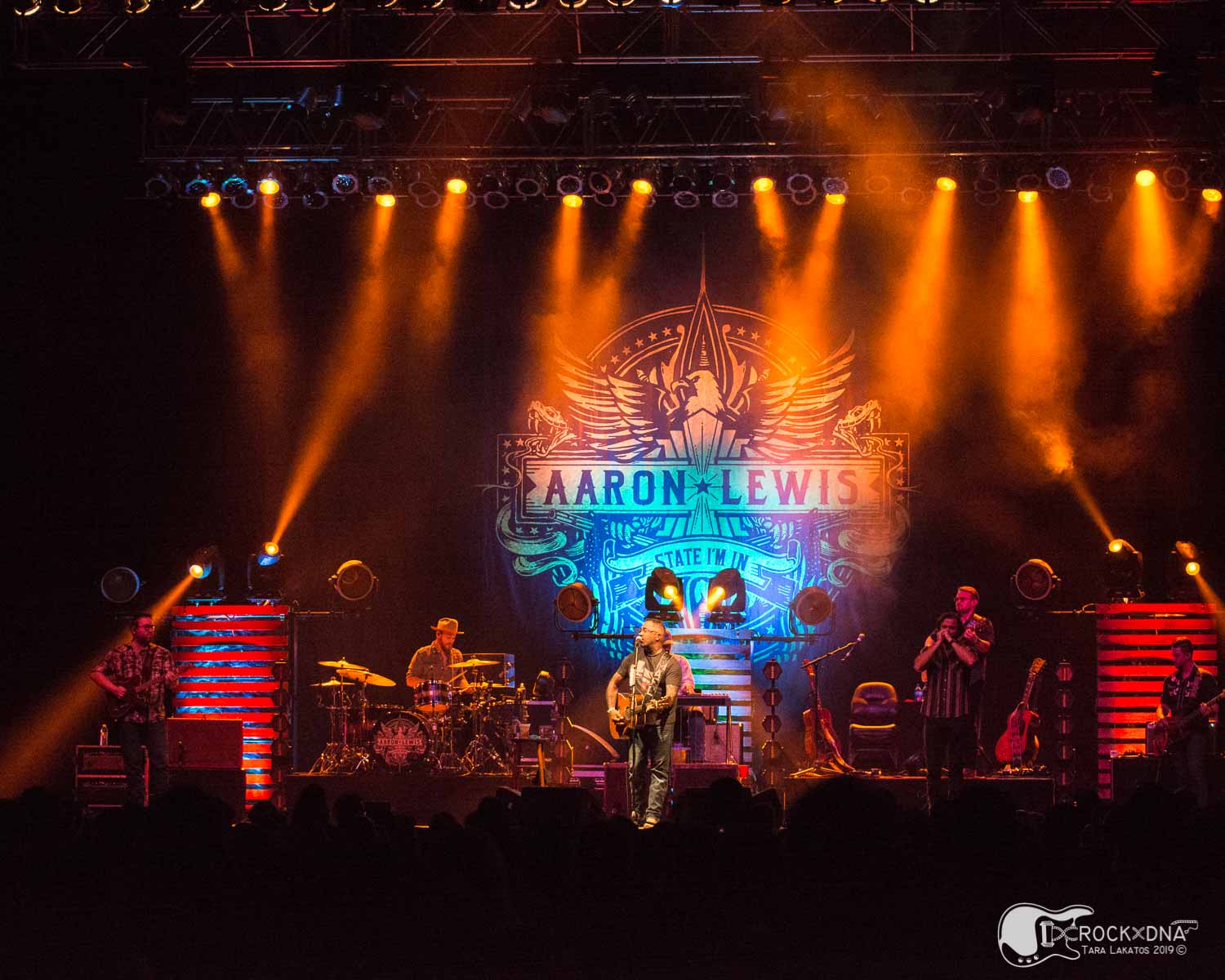 MOTIONLESS IN WHITE / EVERY TIME I DIE / ICE NINE...