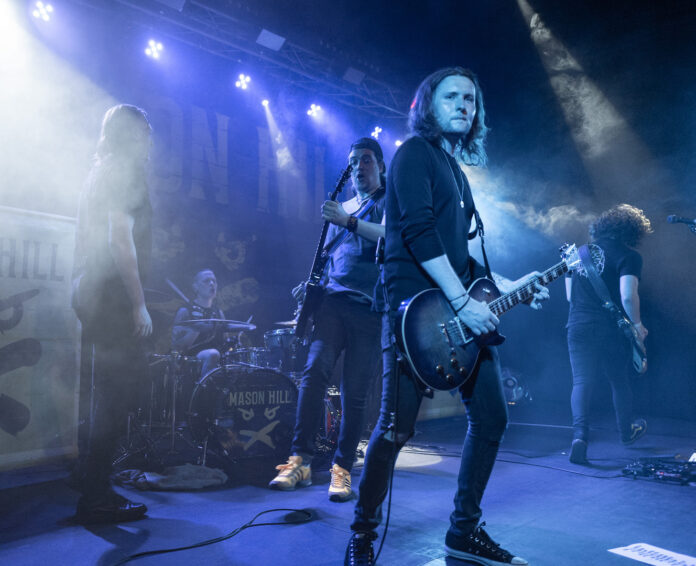 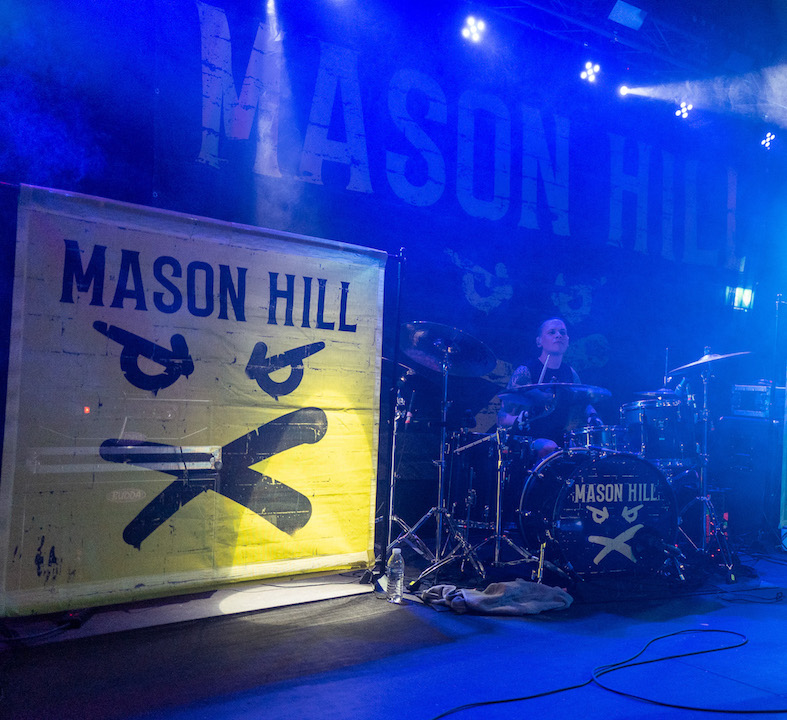 Mason Hill is a hard rock band from Glasgow.  Since releasing their self-titled EP ‘Mason Hill’ in 2015 the Glaswegian 5 piece have gone from strength to strength, playing the likes of the ‘Rising Stage’ at Ramblin’ Man Fair, Winter Storm, supporting Gun, Inglorious and The Dan Reed Network, as well as headlining their own UK tour.  In 2021 Mason Hill released their debut, and critically acclaimed album ‘Against the Wall’. 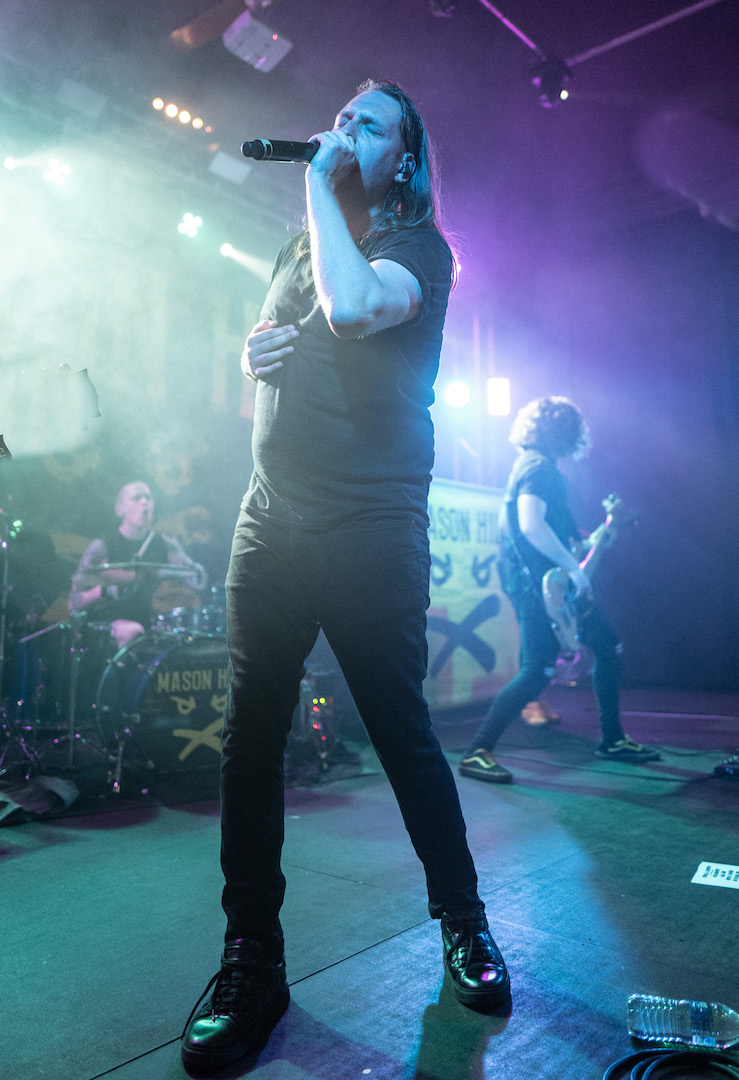 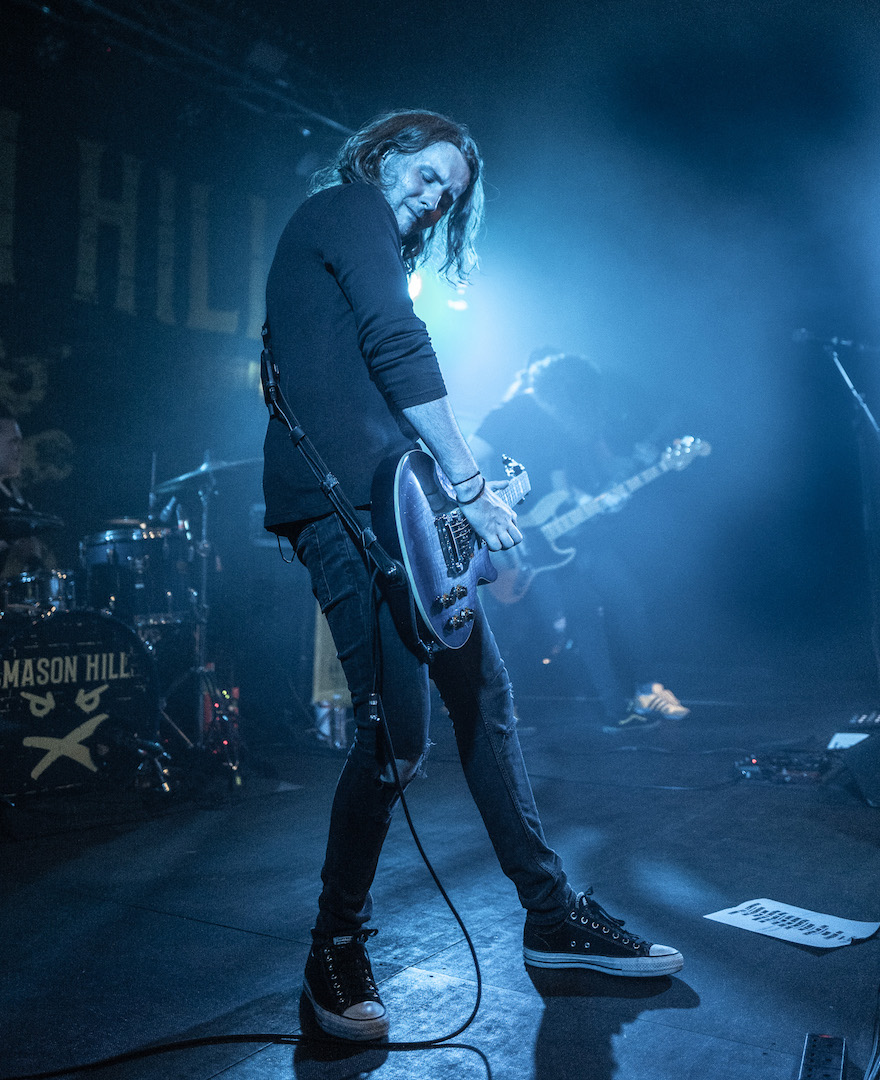 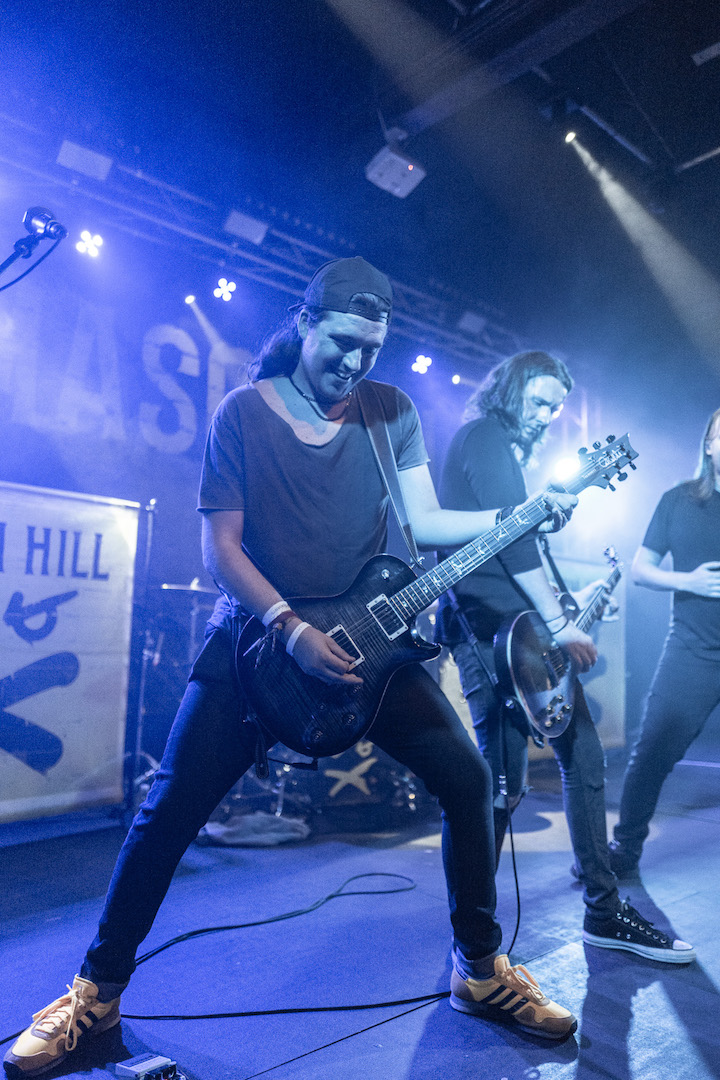 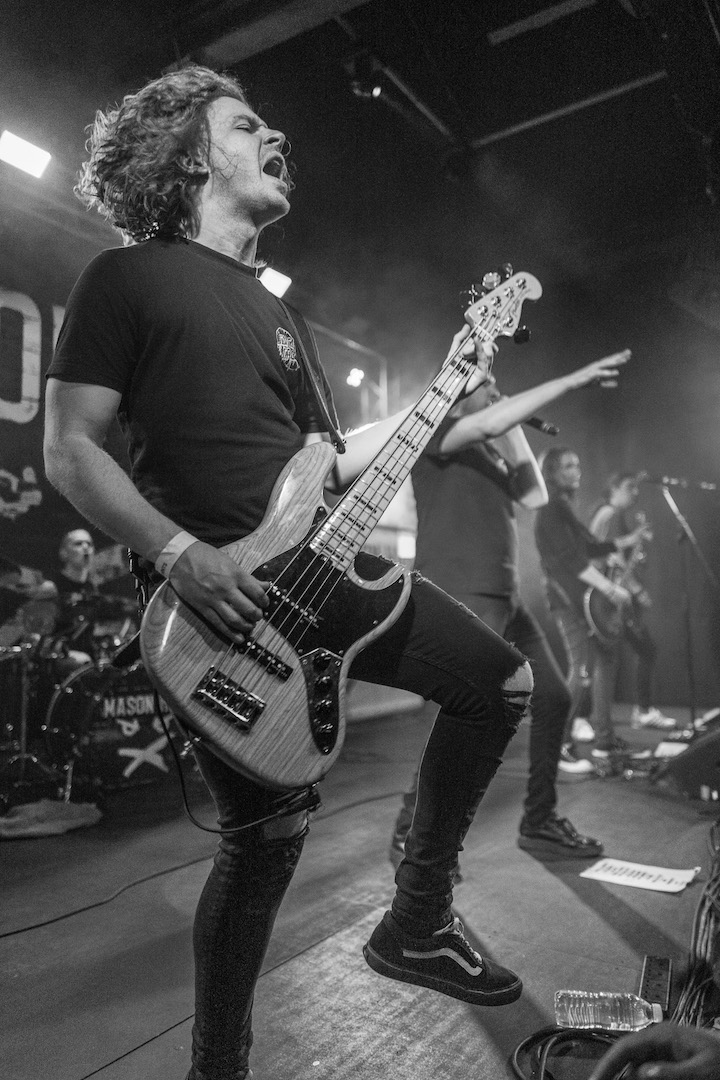 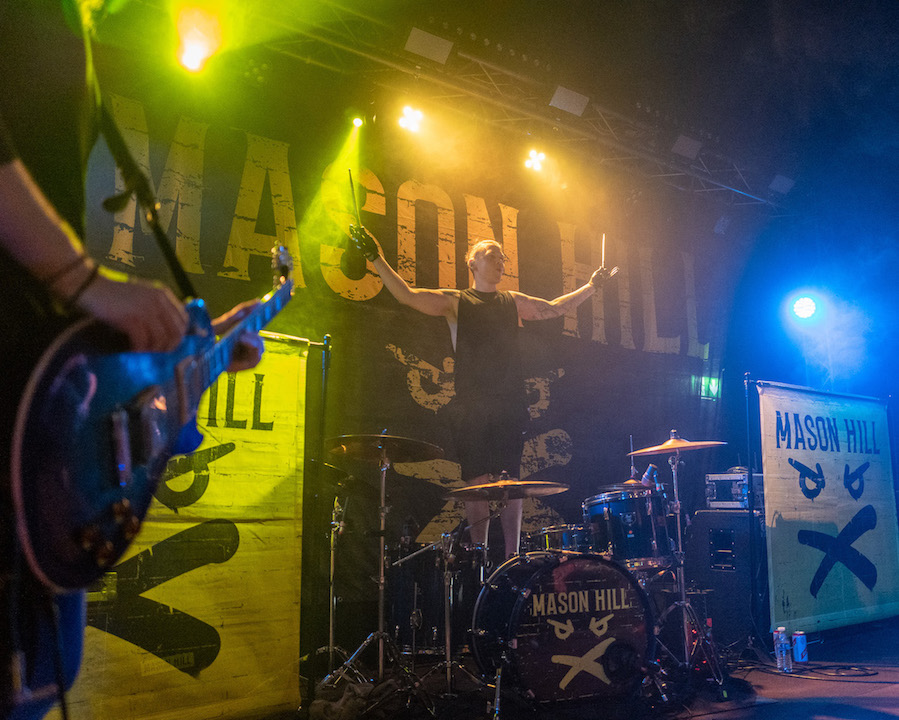 It was a very warm summers evening and Huddersfield was full of people in good spirits enjoying the last of the evening sun.  Tonight’s venue was an old courthouse converted to a pub/music venue.  Inside there were many fans wearing their Mason Hill tee shirts.  After a quick beer and a burger, we headed upstairs to the stage area.  It wasn’t long before the guitar riff of ‘Reborn’ rang out across the empty, smokey stage that brought on a huge cheer from the now packed-out room.  The band entered the stage to an even bigger roar. 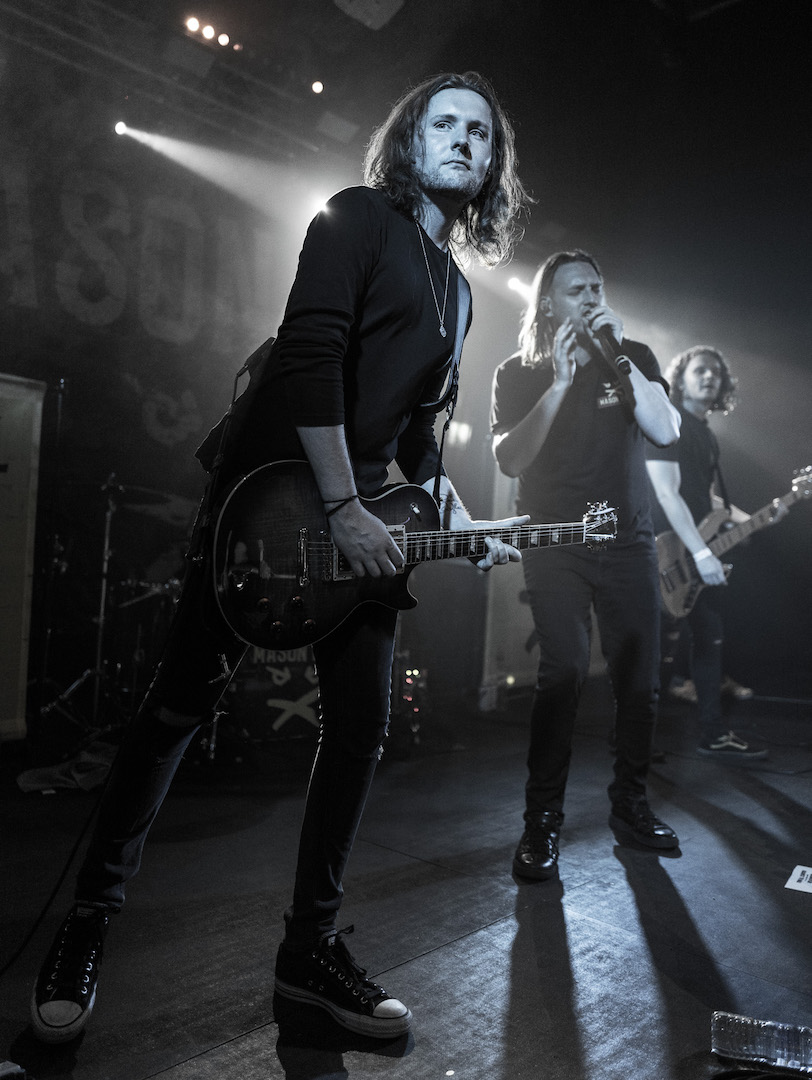 Mason Hill busted into their first song ‘No Regret’ with Singer Scott Taylor bouncing energetically all over the stage.  The whole band have an incredible energy on stage, it is clear they all love what they do.  Scott come across absolutely genuine when he says, not once but several times, that he cannot quite believe that he is up on stage doing what he loves to a crowd that love them back.  The crowd do love them as well, singing, clapping and dancing to every song. 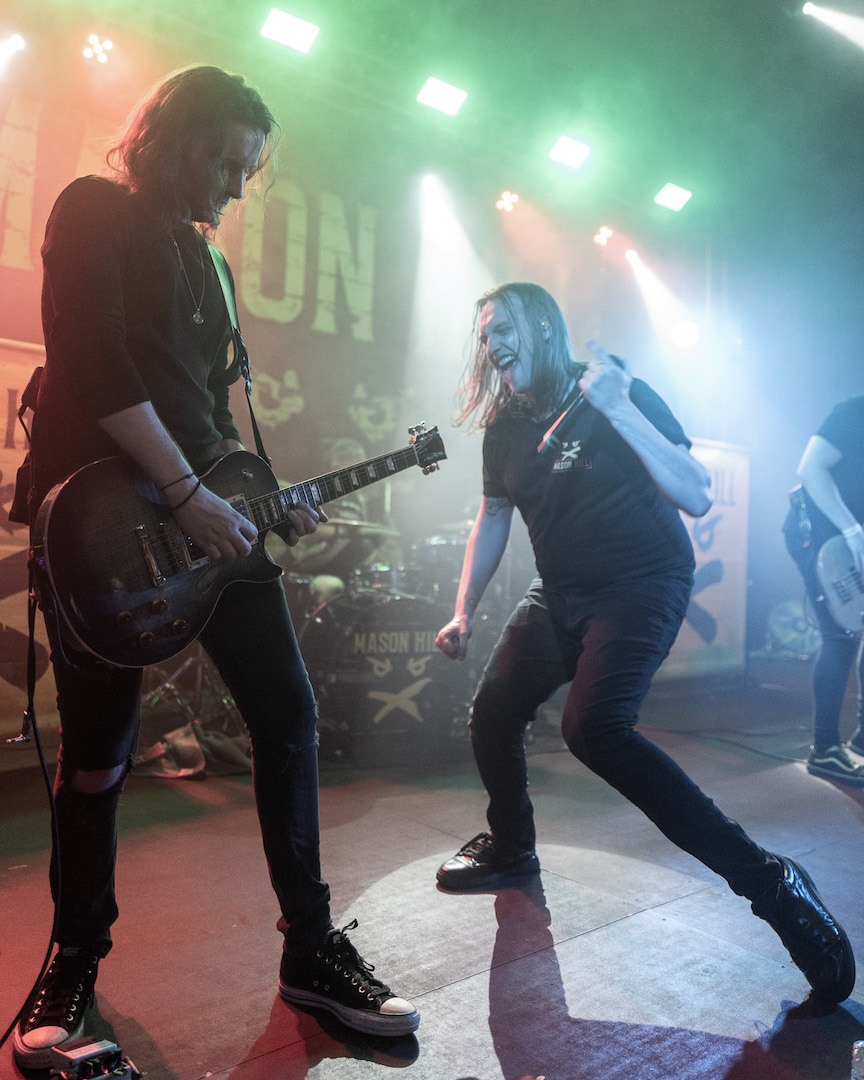 ‘Against The Wall’ was a long time coming with some of the songs being written as far back as 2016.  Tonight, we were treated to a song from their upcoming new album.  It’s going to be another belter if the song ‘Freaking Out’ is anything to go by.  More songs were played from the debut album, with brief exits off stage for the guitarists, as in their haste and excitement of going on tour, the band forgot to pack the guitar rack. 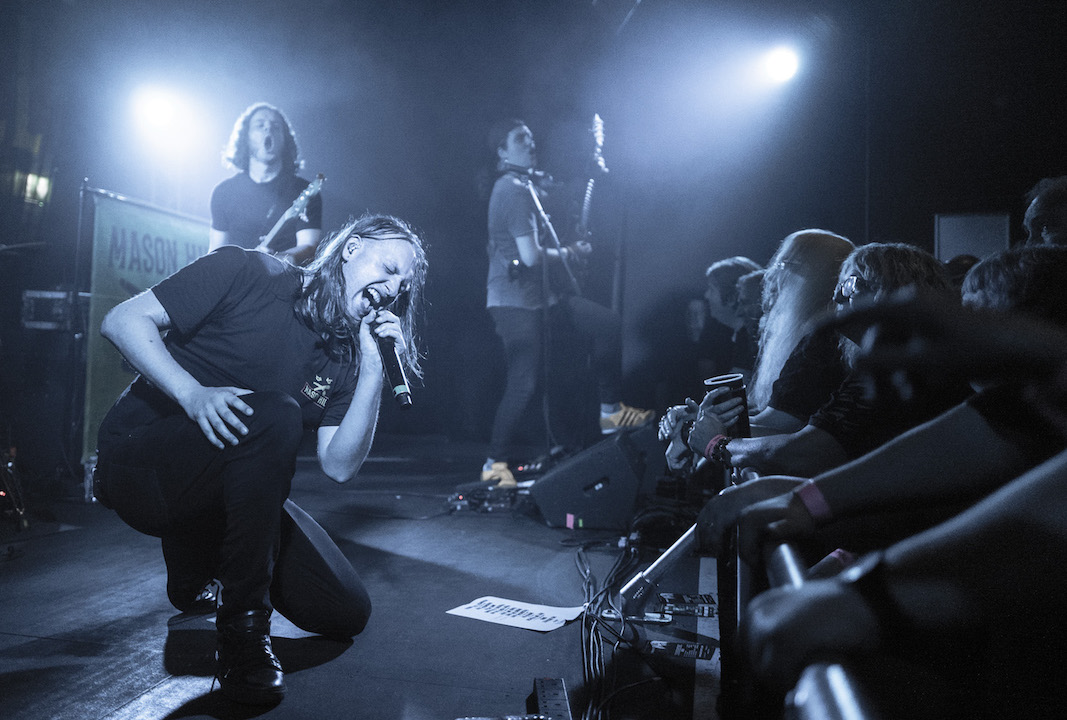 ‘Who We Are’, ‘Find My Way’ and the brilliant ‘Broken Son’ were next which gave Scott the prime time to promote their new t shirt.  The final song and crowd pleaser was ‘Against the Wall’. This song never fails to get the room bouncing and this evening was no exception.  Well, we thought this was the last song, but due to the crowd’s demands, and boo’s that it was the last song, we were treated to a fabulous rendition of Audioslave’s ‘Cochise’.  This did then unfortunately bring a brilliant evening to an end.

Now You See Me

Mason Hill never fail to disappoint, they are absolutely brilliant in the live setting.  They are playing quite a few dates up and down the country this Summer.  You can find the dates on the band’s website

Benefit Celebrating the Life of Larry Cornwall THIS SATURDAY (5/20) –...