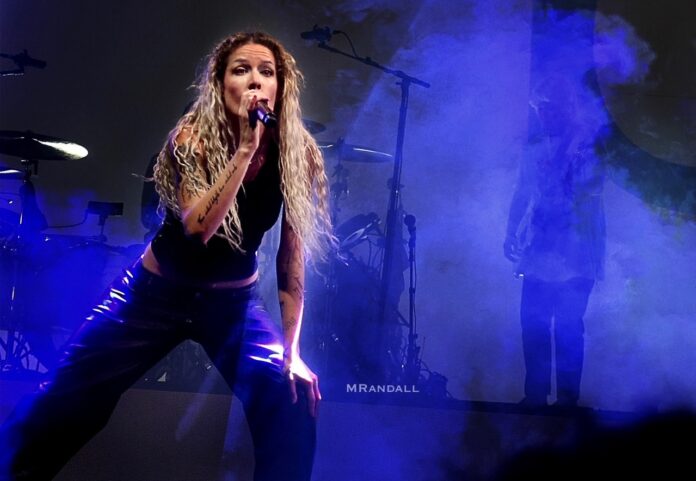 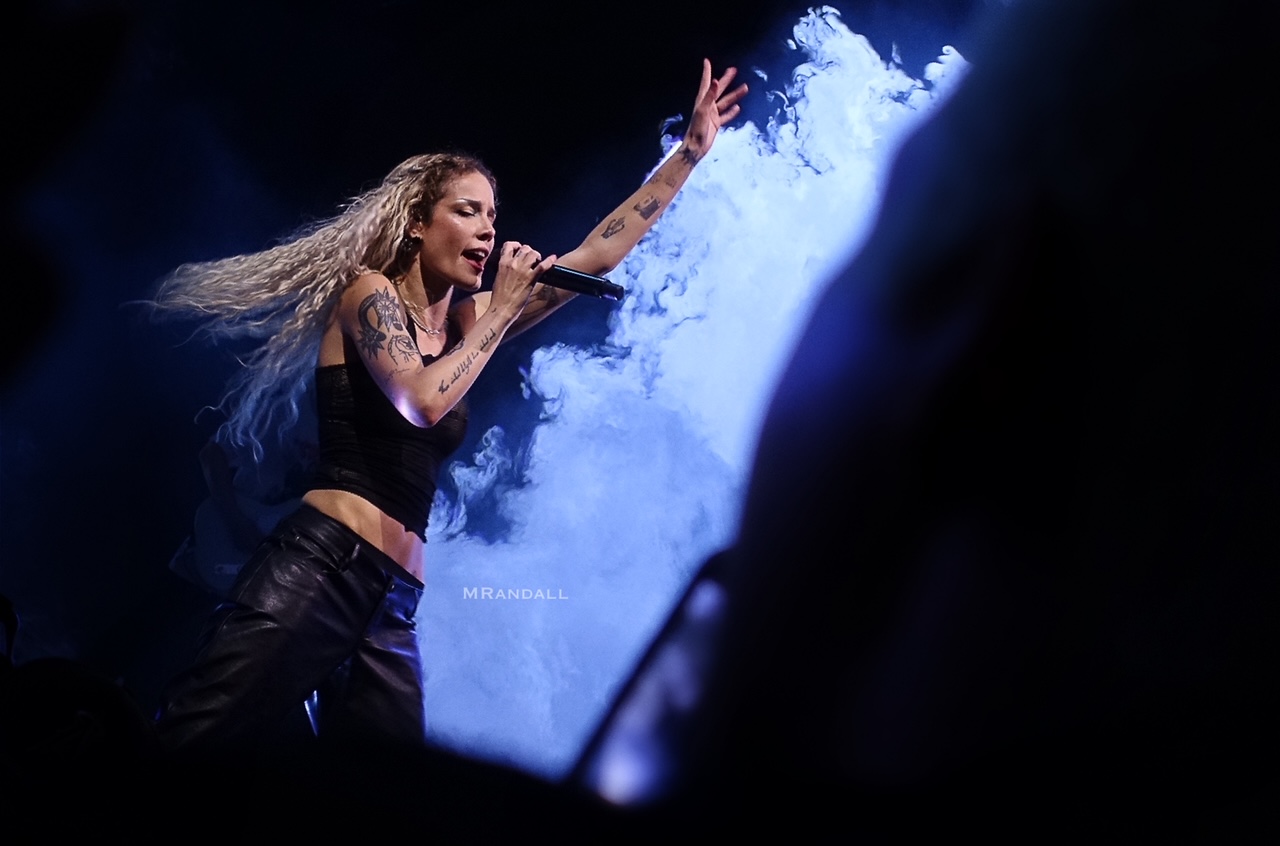 Just as Halsey is DIY and a star of their own making, so are their fans. Many had lined up early in the morning, suited up in creative fashion and makeup. I felt for some of them, as the sun was brutal and unforgiving on this particular day.

Those with pit tickets were led into the venue first. I’d never been to Five Point before and I was impressed. It had a nice layout with plenty of space and was well organized.

I definitely fall into the older end of the spectrum of Halsey fans, and I must say it was the friendliest pit I’ve ever been in. Everyone looked out for each other.

At 7:00 UK pop rocker Abby Roberts took to the stage. She confessed that she’d only ever performed once before prior to joining the Halsey tour. The band included a cover of The Cardigans “Lovefool.” 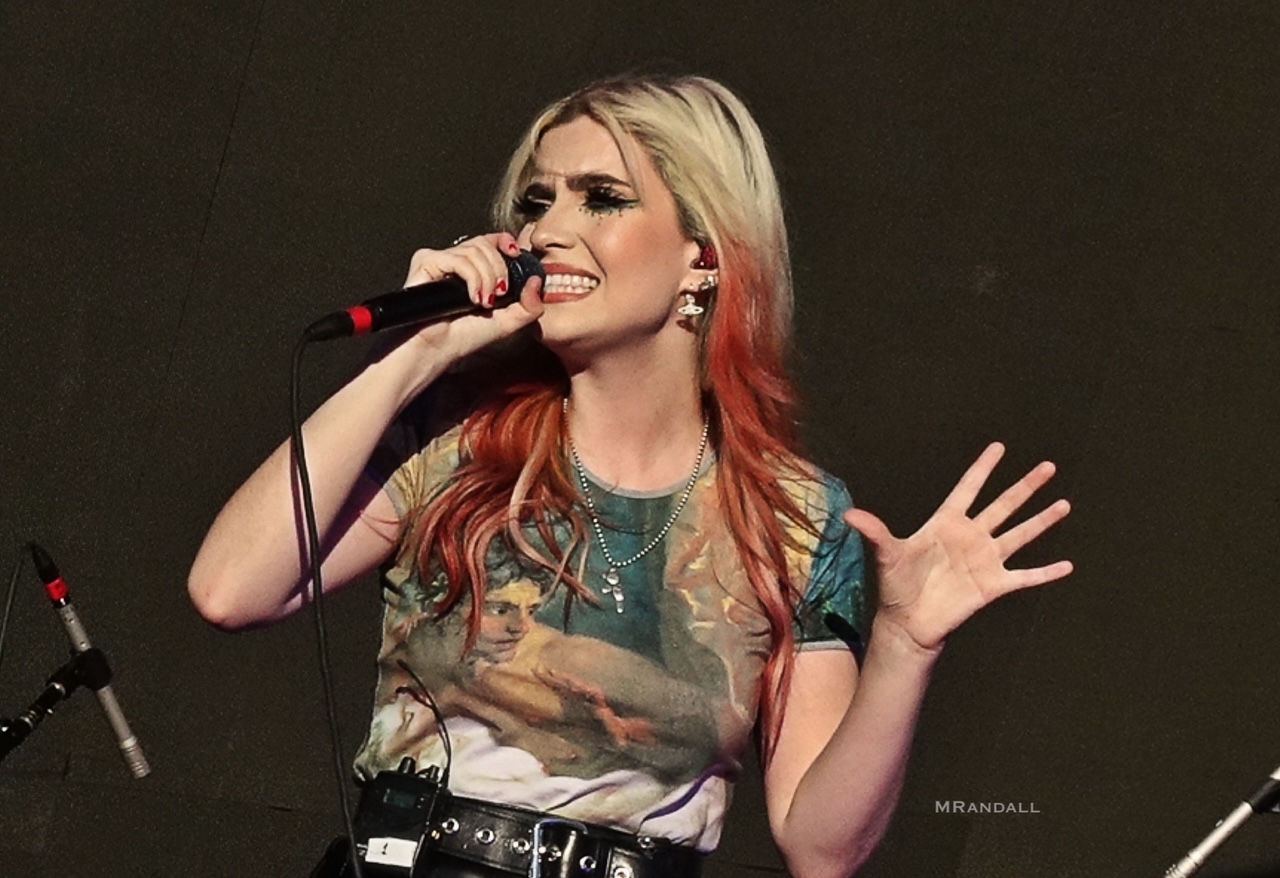 At about 7:45 L.A. based band The Marias played their jazz infused pop songs, some sung in Spanish. They even busted out a cover of Britney Spears’ “Baby One More Time.”

At 8:50 amid fog and white flashes, Halsey appeared in the rafters high above the stage, opening with “The Tradition.” 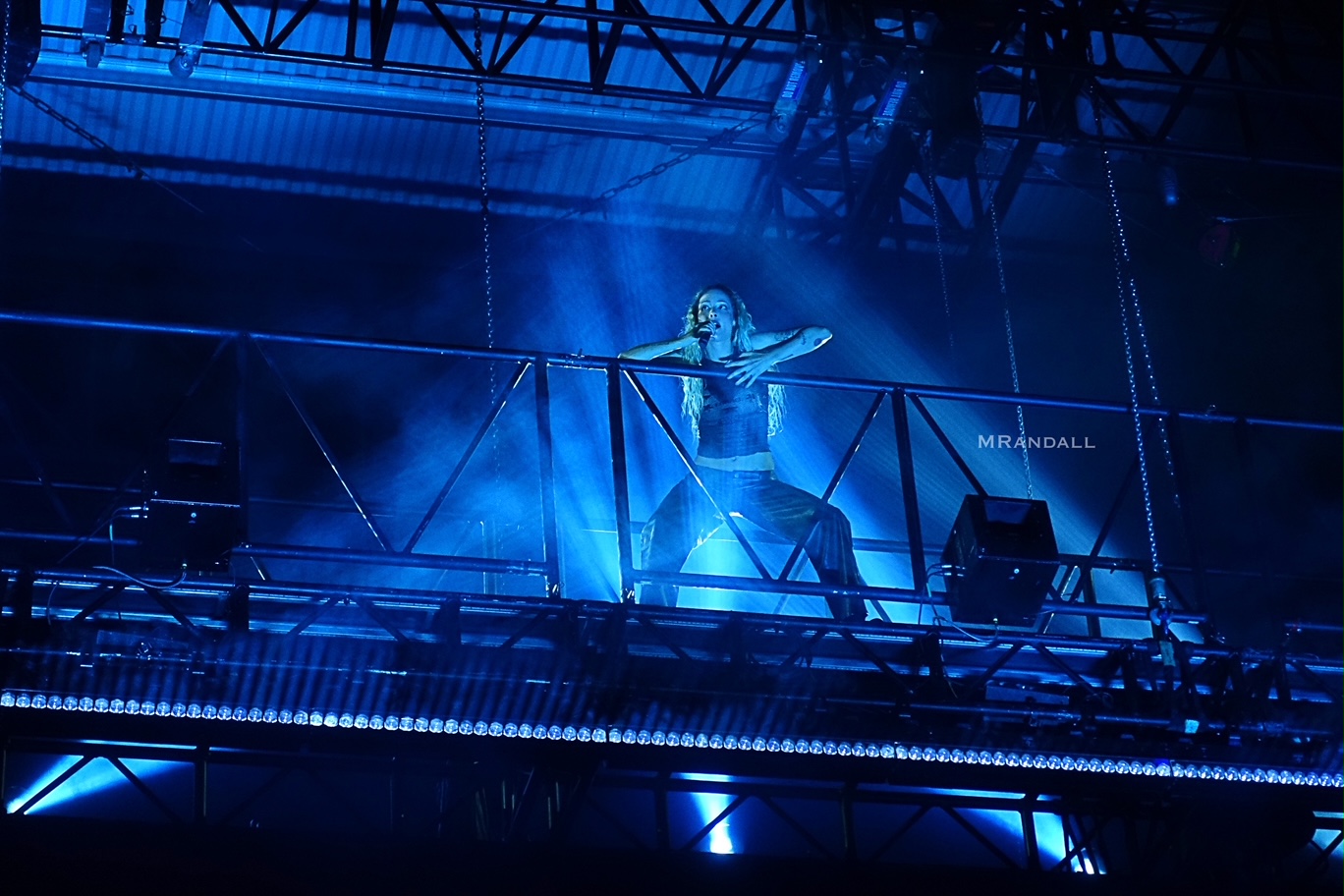 During the second song, “Castle”, they let the audience know they’d better have energy because “you have a very long night ahead of you.” She wasn’t kidding- it would clock in at 2 hours with 26 songs! Her fans heeded her command, bouncing up and down and screaming the words to every song. Performers oftentimes favor one side of the stage, but not Halsey. They commandeered every corner, making sure to engage every fan.  They did not waste time on costume changes, spending the entire night in a black mesh tank top and baggy black leather pants. 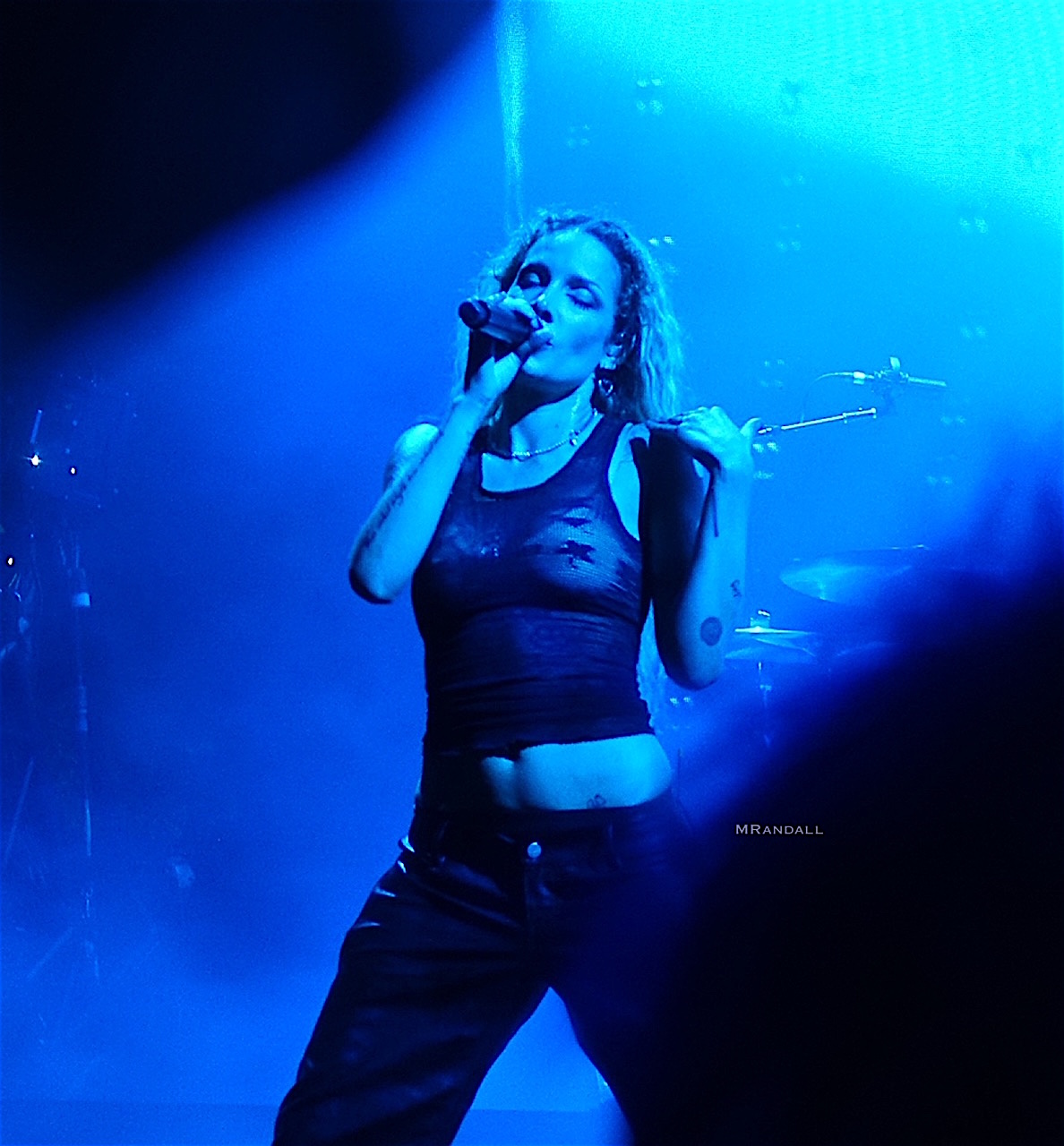 The set list consisted of songs from each one of Halsey’s four albums with the majority from their latest, the Trent Reznor and Atticus Ross produced “If I Can’t Have Love, I Want Power“. One highlight of the set list was the demo version of “1121” along with “Die For Me“, a song Halsey did with Post Malone. 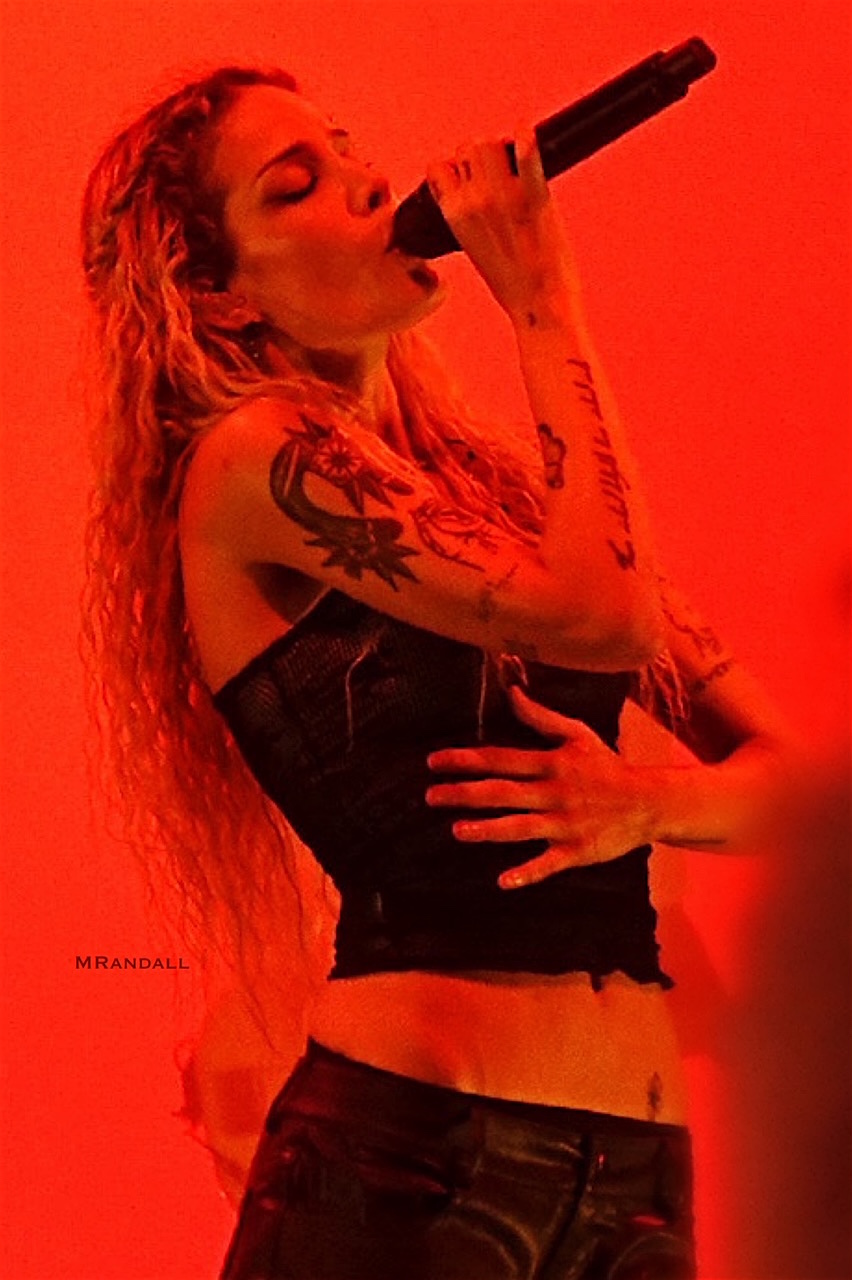 Visually the stage was stark so that the focus would be on Halsey. Drummer Harry was off to the left, guitarist Liv Slingerland at the back and keyboardist Bonnie McIntosh-Ravy to the far right. There was pryro, mainly toward the end during the Epilogue. Prior to the performance warnings were displayed on the video screens that the show would contain “mature themes that may be sensitive for some individuals and visual images that may not be appropriate for all audiences.” Indeed, the visuals were the other star of the evening. Sometimes provocative, sometimes uncomfortable. Before the song “Lilith“, a clip played of Halsey looking into a mirror, then suddenly smashing their face into the sink counter, coming up with a bloody nose. Only then to smash it again, this time more violently and pulling out a tooth. Trippy.

During “Lighthouse“, Halsey strapped on a white Fender bass and took the spotlight with guitarist Liv. She would play a white Telecaster later on for the song “3am“.

As Chapter 3: Reflect began, an easel with a large canvas was wheeled on stage and Halsey painted as they sang “Be Kind“. She does this each performance and the artwork is auctioned off for charity. 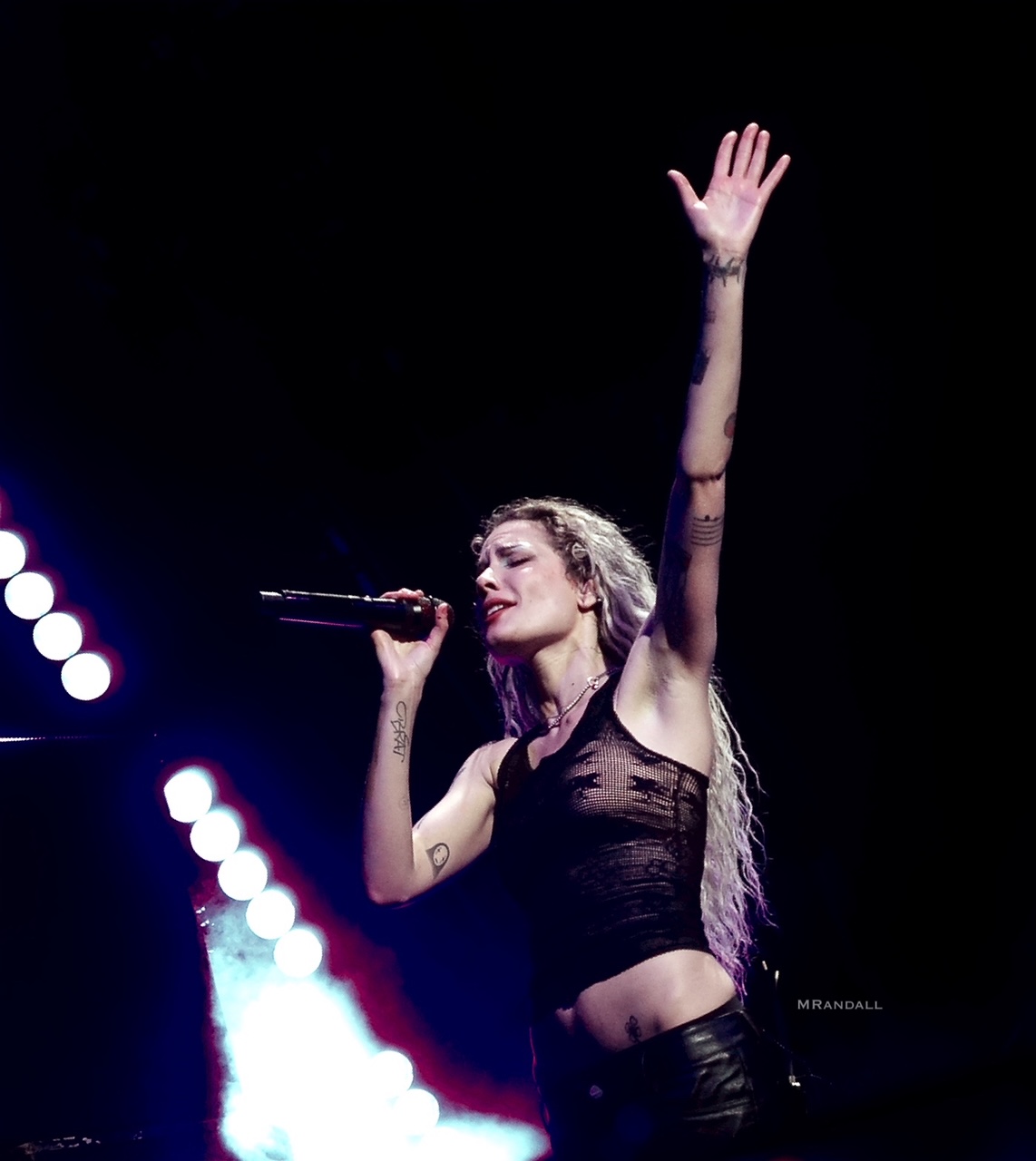 Before going into a stripped down version of “100 Letters”, Halsey admitted that many of her songs came from a dark place, but asked the audience that whatever they were going through, to “leave it on the floor with the confetti.” Throughout the evening, I was struck by Halsey’s humbleness and appreciation for her fans. She’s a self -made artist/poet/activist, reminiscent of those trailblazers that came before her like Patti Smith, Madonna, and Alanis Morissette. 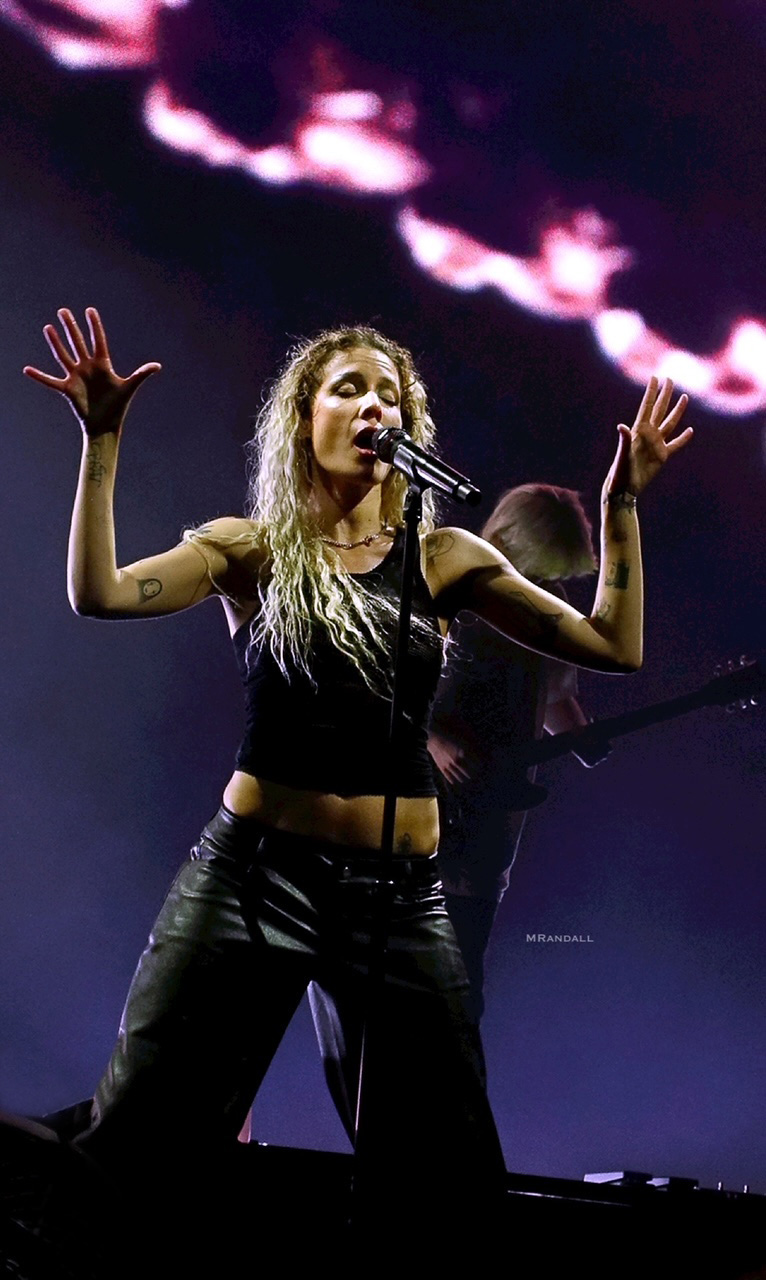 She then informed the crowd that that was their only break for the rest of the night. They then launched into”929” and “Honey”, a rocker from her latest album, which features Dave Grohl on drums.

During the Epilogue: Revenge the song “Nightmare” was accompanied with graphics of abortion rights marches and statistics were flashed onto the screen. Halsey has been outspoken and said as long as she had a stage, she’d always speak out on behalf of herself and her fans.

She then did a cover of the resurgent Kate Bush song, “Running Up That Hill (A Deal With God)“, then her biggest hit, “Without Me” and finally ending the evening with “I am Not a Woman, I’m a God.” 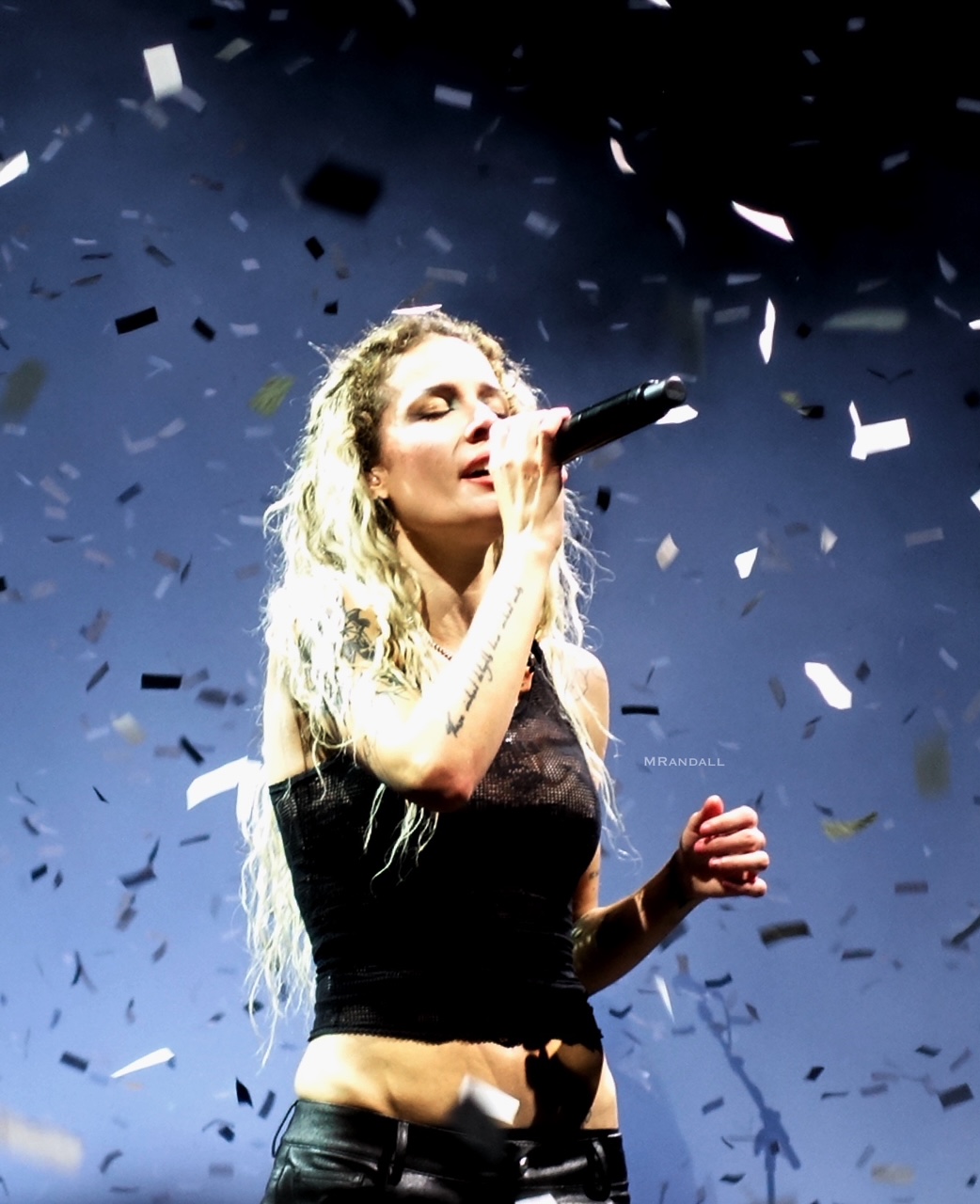