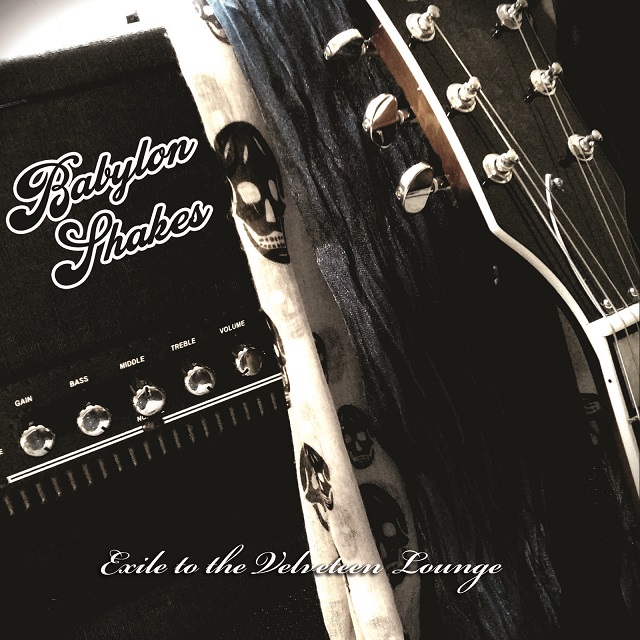 This is the debut album from Babylon Shakes and although they are from the South East region of the USA and have never lived in LA, you would never guess. If you love Faster Pussycat and like your rock n roll kinda inspired by the Stones, Johnny Thunders and everything that followed from that then you should pay attention to these guys.

And, as opening track ‘Making a Million’ illustrates they can also write memorable songs in a very well traveled genre and provide you with your rock n roll guitar fix. This is a song about moving to the big city to make it big and experiencing its lows before being offered a record deal. So, very Hollywood in spirit and followed by ‘Sunset Striptease’, the scene is set for a huge nostalgia trip. It’s a while since I heard ‘Yowzer’ in a song, but it’s the very first word in ‘Sin Parade’. I don’t think that these guyz would mind me saying, but with most of the songs, including ‘Silver Tongued Devil’ they, in fact, owe a lot to Mr. Taime Downe for inspiration in the lyrical style, although perhaps that guitar accolade goes to Keef.

Anyway, everything now stops for my favourite song on the album ‘No Pictures Please’ which with its rollicking melody just captures perfectly the hypocrisy and shallowness of the celebrity scene in a deliciously infectious ditty which I think probably should have been the first single and which I very much look forward to seeing live. The fact that it was not the first single is a testament to how many tracks on this album are THAT good! For examples  ‘Velvetine Libertine’ and ‘Hard Times’ which both have those kinda guitar solos that Ace Von Johnson currently does so well for the reincarnated Pussycat. ‘Star In Your Eyes’ is the ballad and is made more romantic by the fact that it’s a song about singer Chris Clark actually meeting his wife at the M3 pre-party. There’s hope for us all yet it seems in this jaded rock n roll world.

So if you loved bands like Cats in Boots, the Electric Angels and the Sea Hags and remember the scene on Sunset with fond memories just like me, then you can relive all of that as quick as a flash simply by getting this album. It’s much easier and effective than time travel, but it should keep you just as entertained.

Review: THEORY OF A DEADMAN w/ Ayron Jones and The Way...