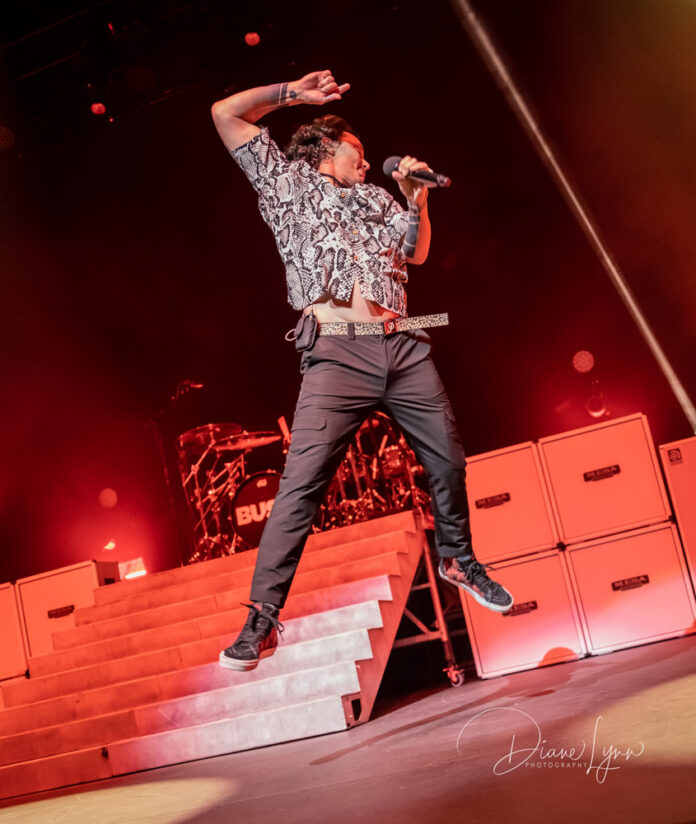 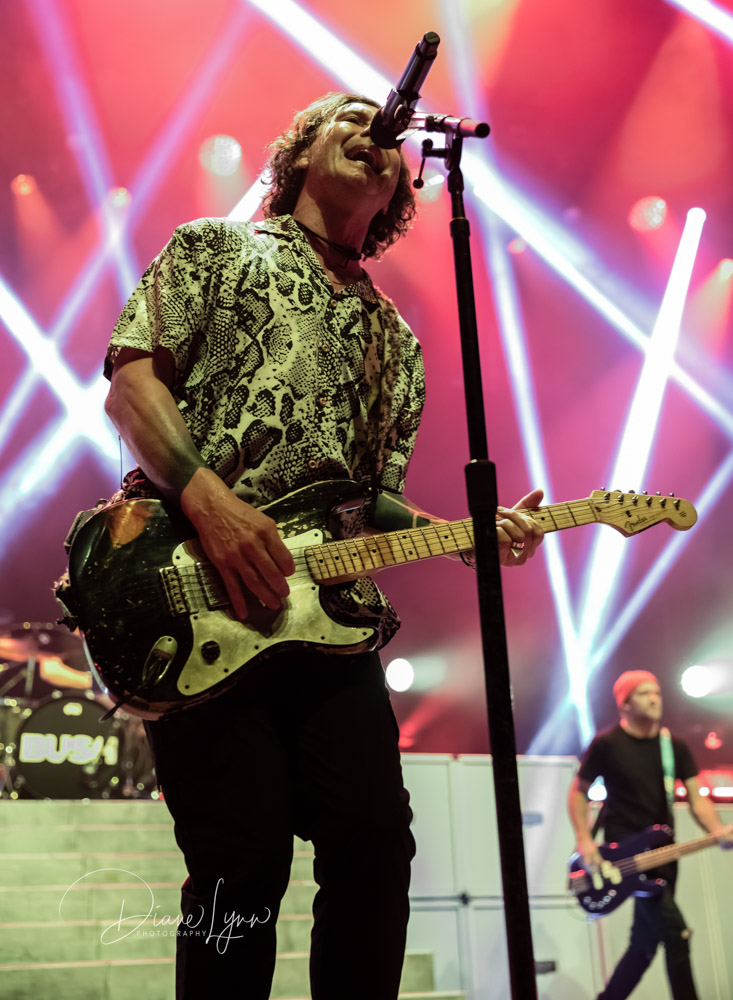 What a killer way to end to 2022. Well technically it wasn’t New Year’s Eve; THAT night I was saving for pajamas and hot chocolate but New Year’s Eve – EVE I saved for the Bush concert at Yaamava’ Resort & Casino.

Yaamava’ is quickly becoming one of my favorite venues, not just for photographing bands but also for just enjoying the shows in general. It’s not an overwhelmingly large venue so you still get that more personal experience.

I’ve always been a fan of Bush but somehow seeing them live has always evaded me until now.
After hearing their new release, “The Art of Survival”, a couple of months ago I knew it was time to catch that live show!

I like arriving a little early for shows, it gives me a chance to relax a little before shooting and I also get to people-watch as the crowd files in for the show. The VIP Meet and Greet was just concluding as I arrived. It was fun to watch the fans coming out after meeting the band, the excitement and smiles on their faces told the whole story!

Amazing to think that Bush has been around for about 30 years now. They’ve had a few hiccups here and there over the years, and a couple of lineup changes as most bands do but the diehard fans that started out with them back in the early 1990’s are sticking with them and still flocking to their shows and I’m sure the band is also seeing new fans with every show they play. 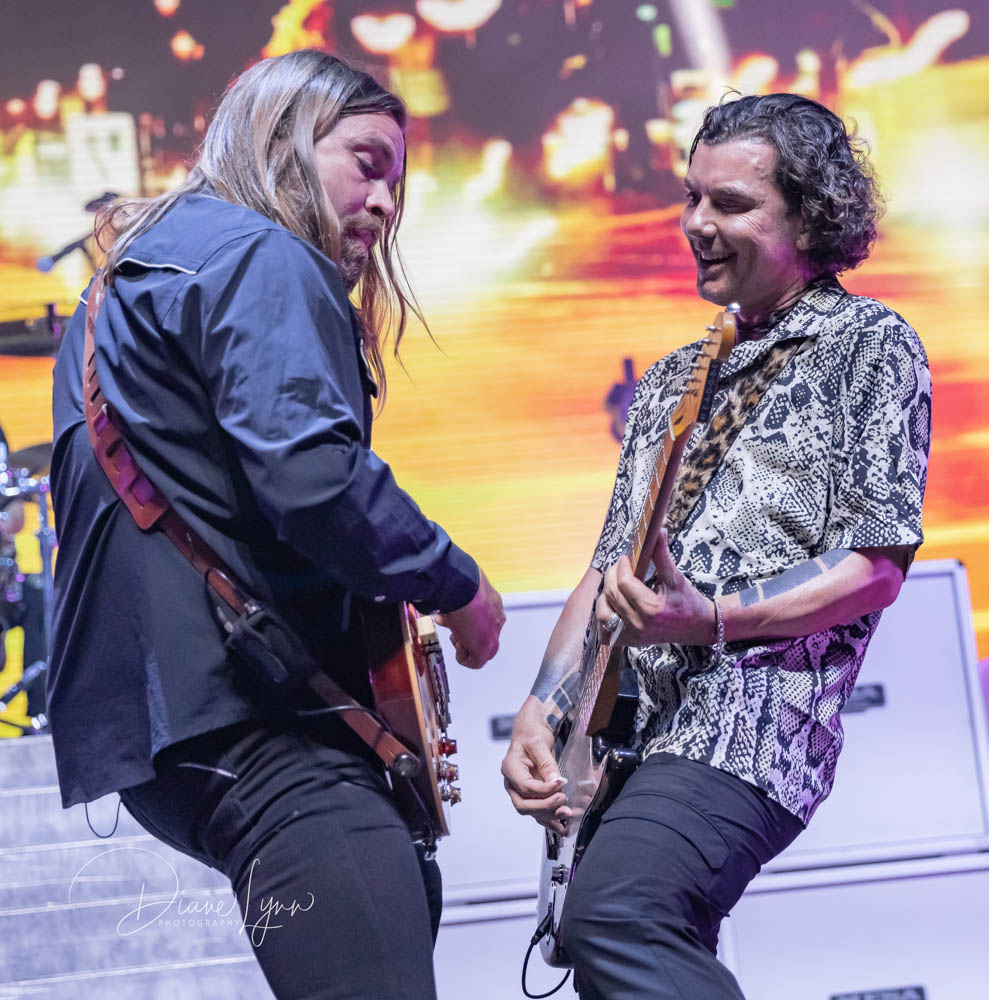 With no opening act it was an early start for Bush. After a raucous drum intro to get the crowd heated up the rest of the guys made their way out to the stage and started it off with “The Kingdom” from their 2020 album of the same name. Not long after Gavin made his way out, he went straight to the fans in the front to bump fists and touch hands.
Bush then took us directly into the classic hit “Machinehead” which is always a fan favorite. The stage was simply set, mic stands with multiple guitars and bass’ setup on each side along with the techs watching closely. The drum riser was set center-back and high enough for all to see. It was lined with all white amps on each side and a set of stairs in front leading up to the kit. No props or special effects, just the amazingly talented musicians and their instruments. 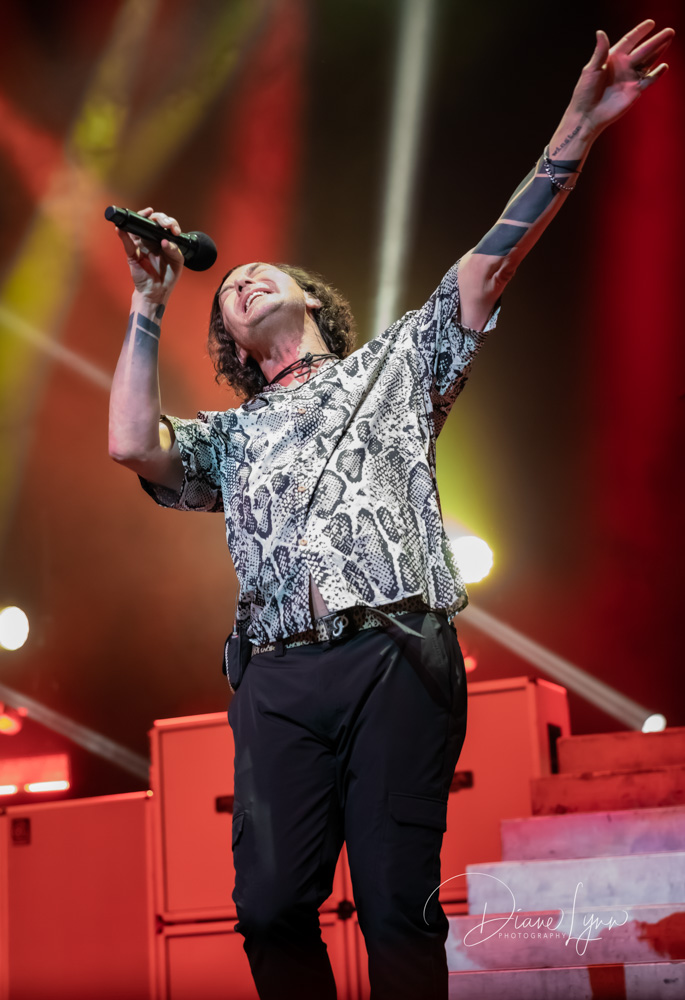 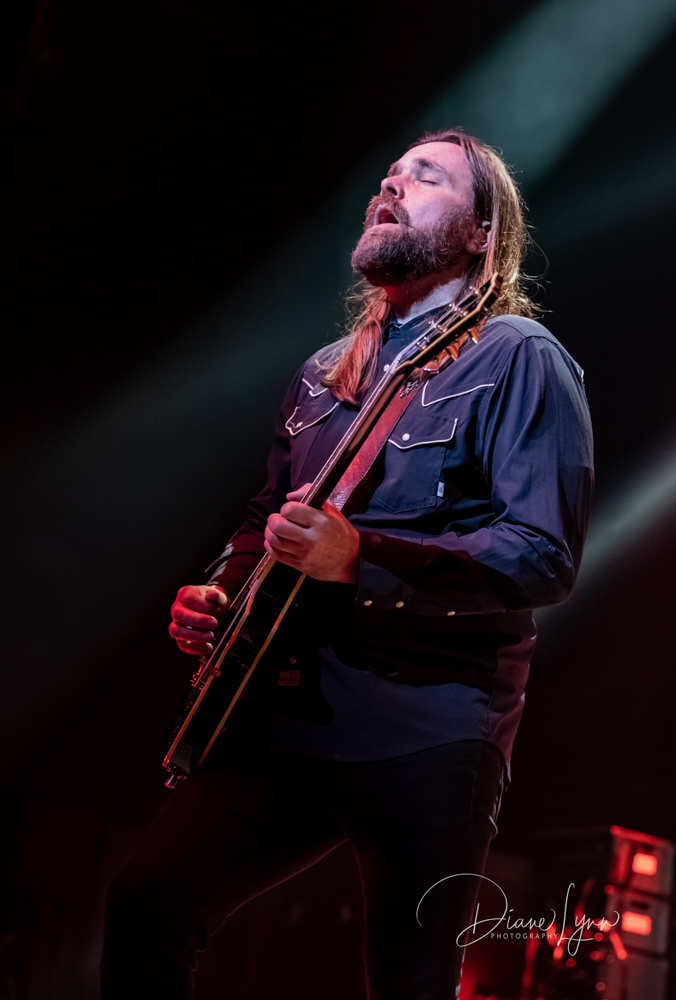 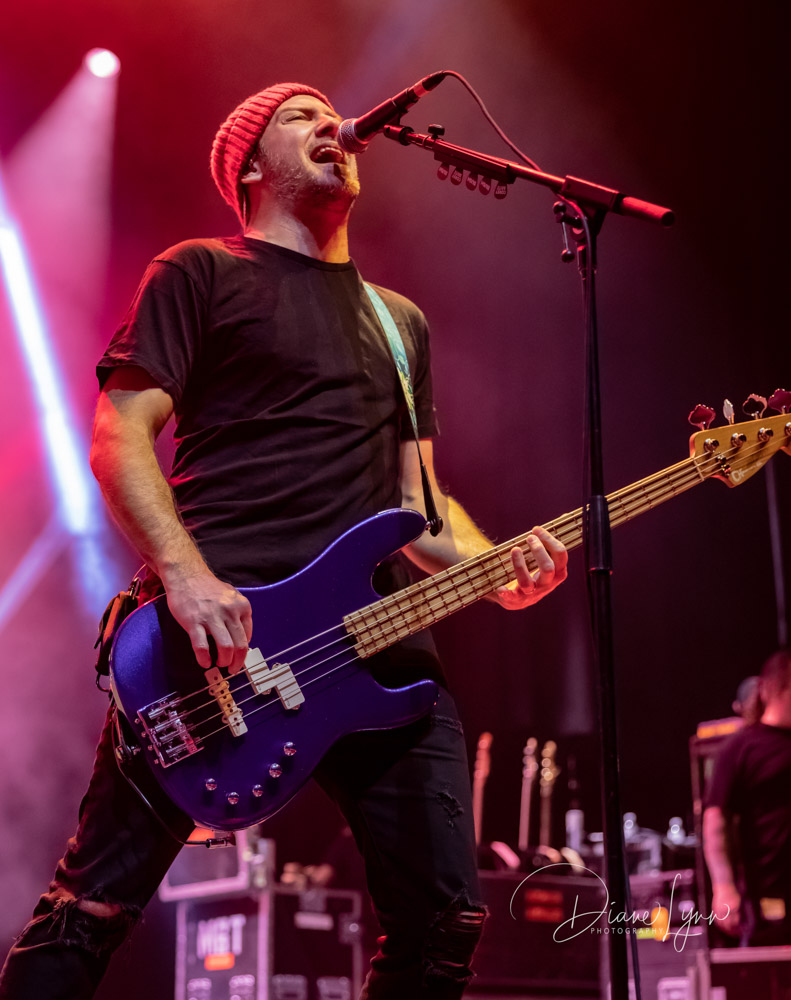 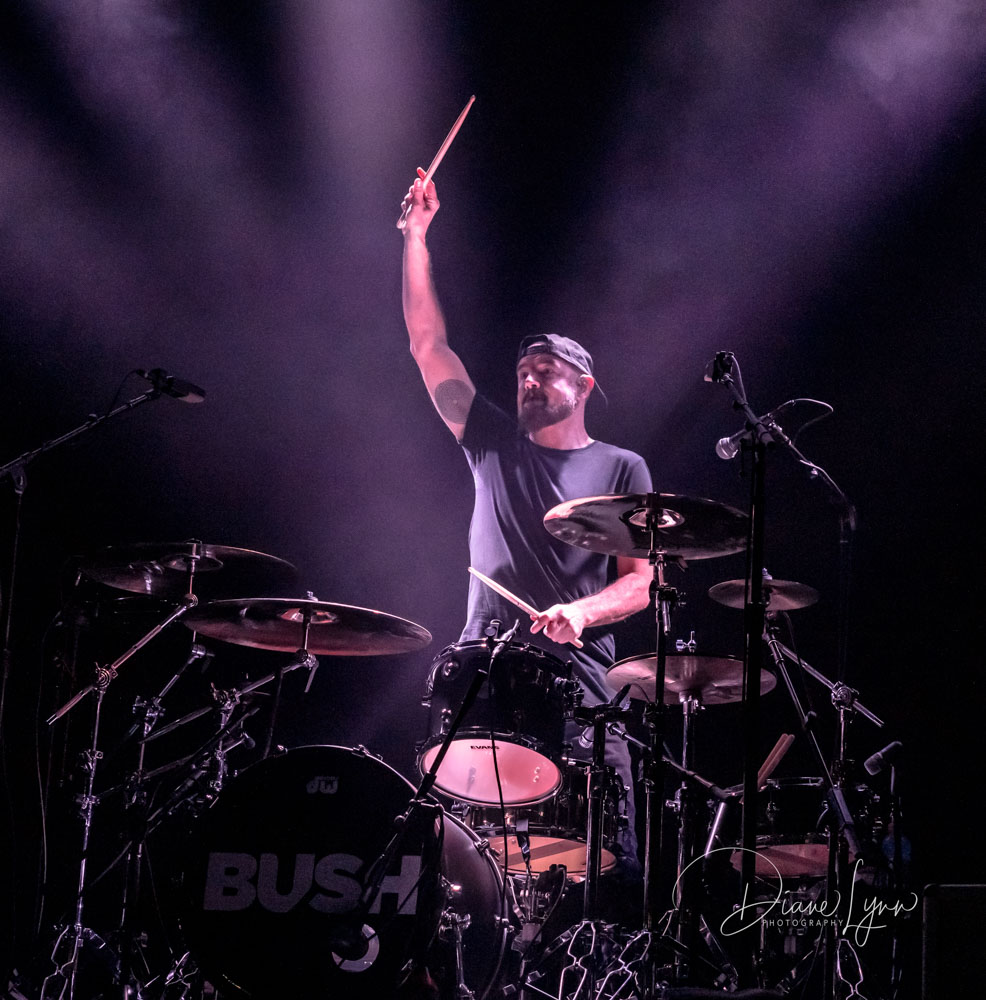 During their song “Quicksand” Gavin left the stage for a walk through the crowd. The fans threw up high fives and pats on the back as he pushed his way through, singing every word. You could tell by Gavin’s expression that he loves doing this and the fans loved it too! The spotlight trailed him all the way back to the stage. They ended “Quicksand” by playing the intro to “Children of the Grave” by Black Sabbath.

Rossdale is so much fun to watch, he uses every bit of the stage while performing, such an animated front man. In fact, the whole group was exciting to watch and to shoot. 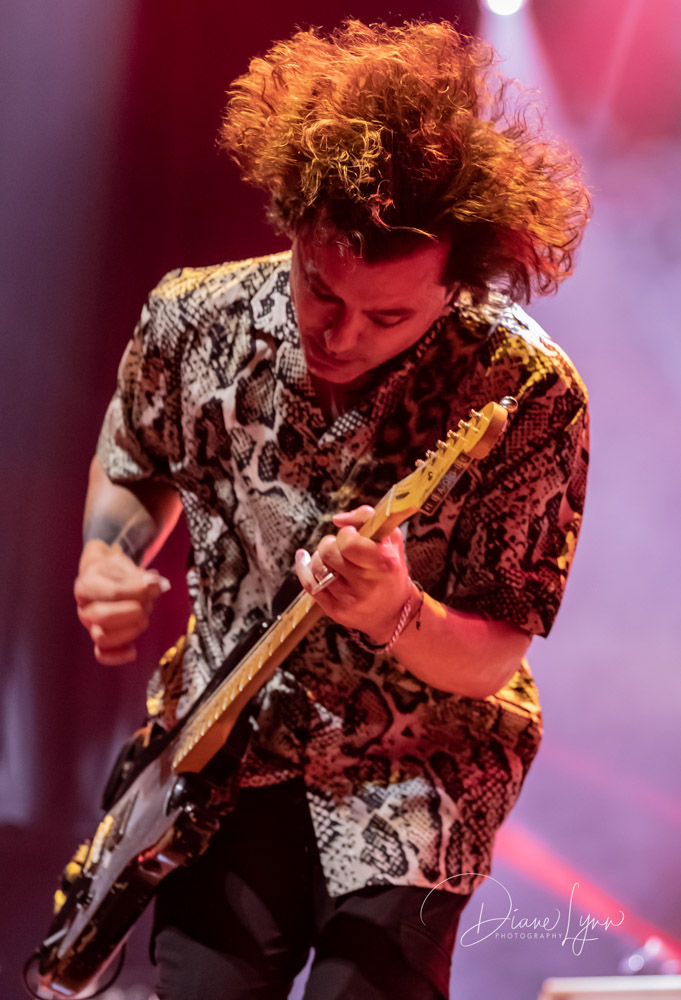 Guitarist Chris Traynor is another fun one to watch as he shreds his way around the stage, even going up on the drum riser to jam with drummer, Nik Hughes. Nik is a heavy hitter and very animated when he plays, those high stick hits of his are a photogs favorite! Bassist Corey Britz was working in sync with Gavin at times, coming together center stage for a little guitar/bass duel. 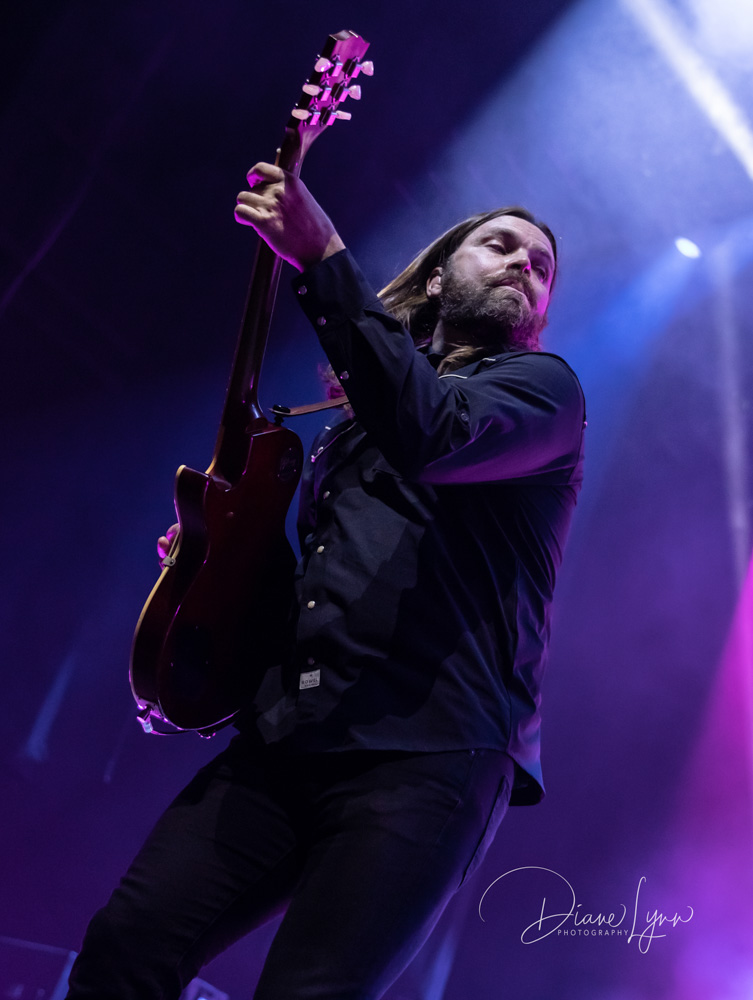 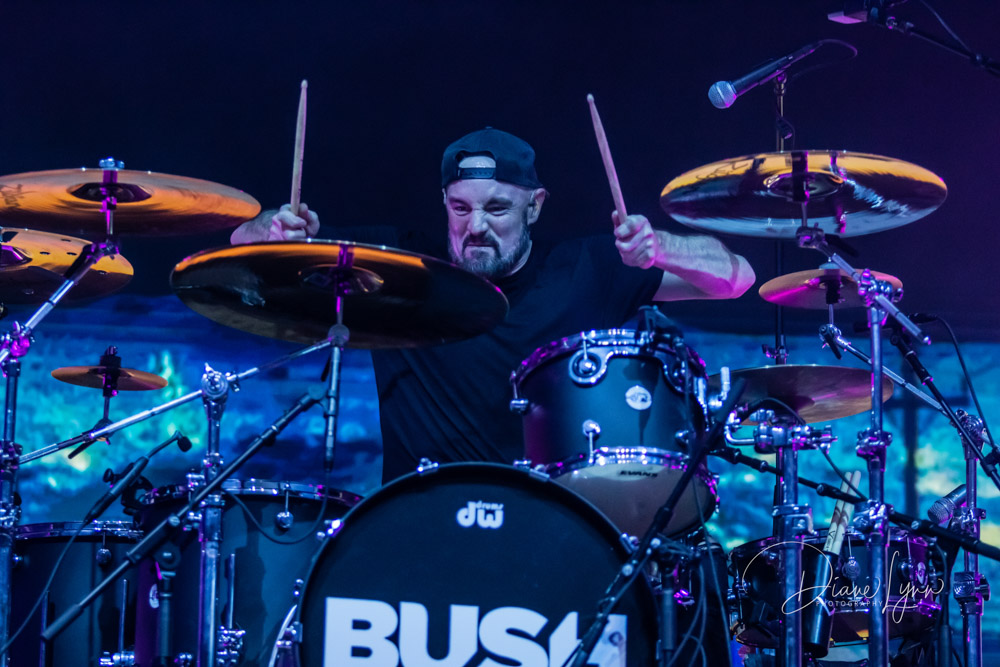 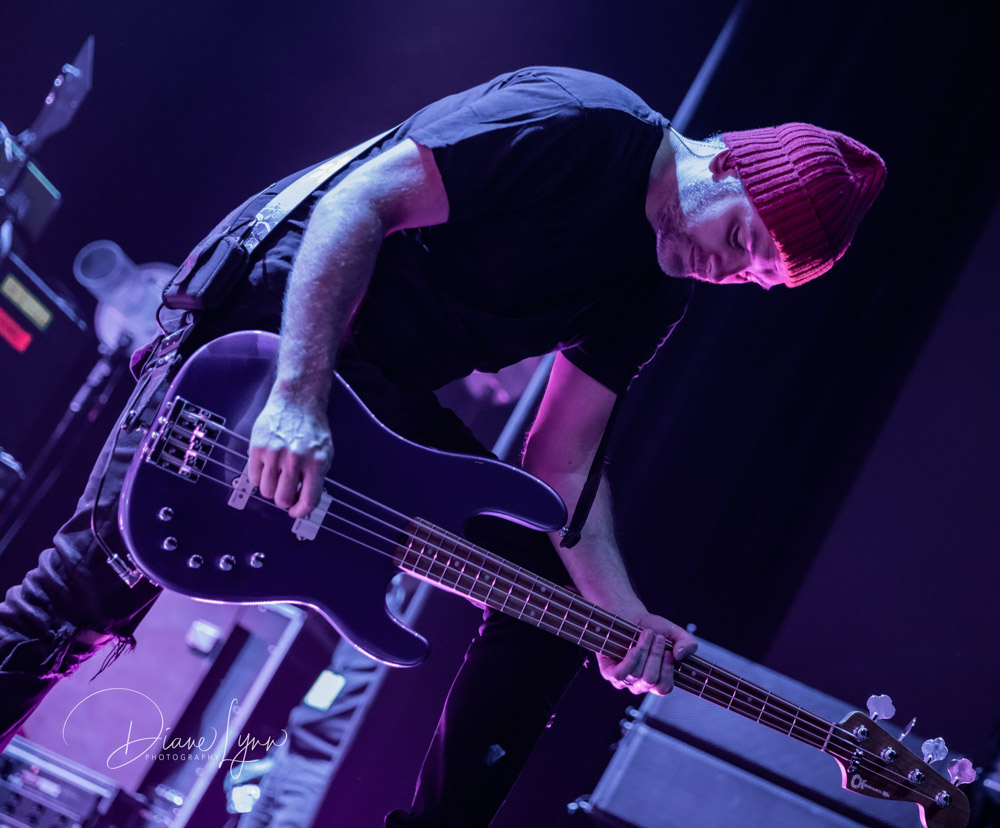 The set list for the night consisted of fourteen songs, including the encore.  Most tunes were of course coming from the albums “Sixteen Stone” and “The Kingdom”. With “Sixteen Stone” being a multi-platinum album, it was not surprising they leaned heavy on that one. But surprisingly, they only played one song from their most recent release which was a bit disappointing. I was looking forward to hearing more of the new tunes played live. 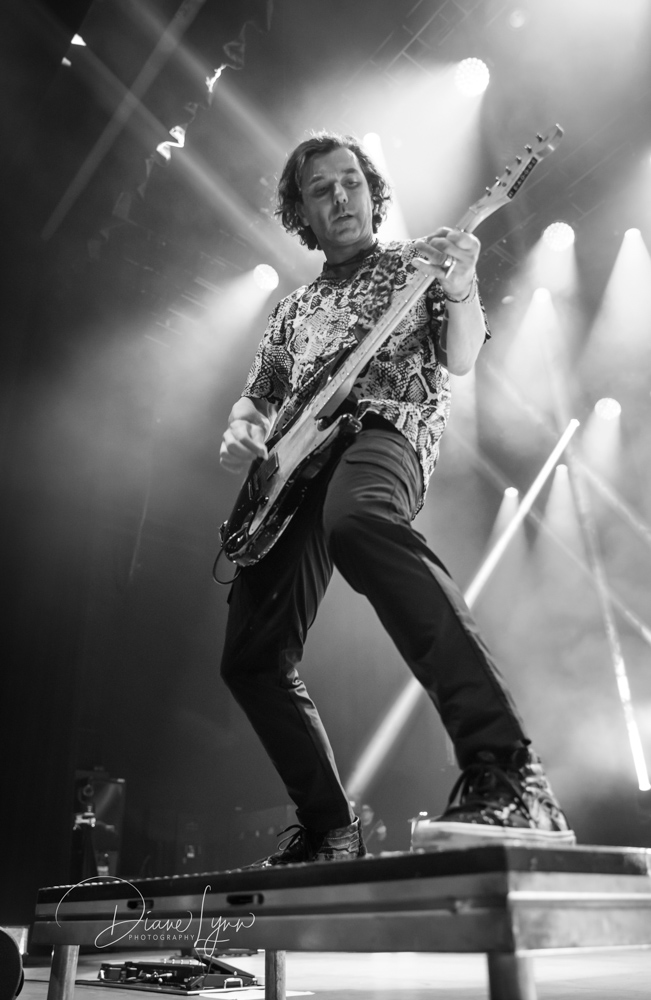 All in all, it was a fantastic show, I’m glad I was able to check this one off of my bucket list.

I’m hoping to catch them again as they head back out on tour at the end of the month, joining them on some of the scheduled dates will be Jerry Cantrell of AIC, Candlebox and Silversun Pickups.

Metal Hall of Fame to Host 5th Anniversary Bash with 2021...