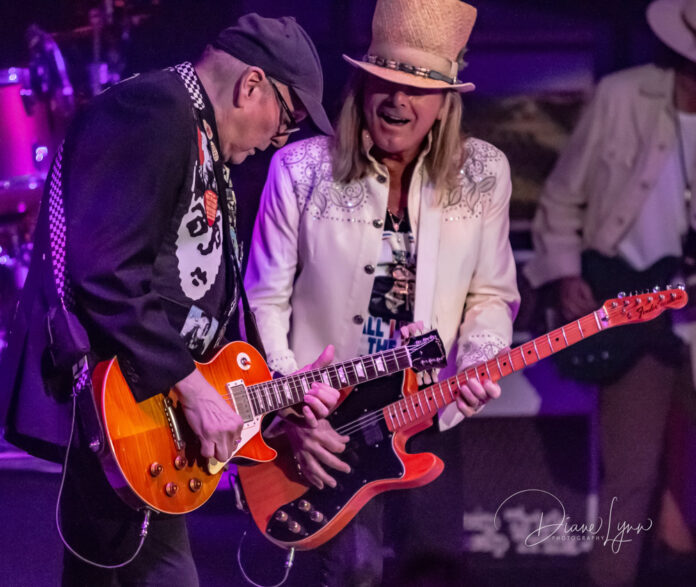 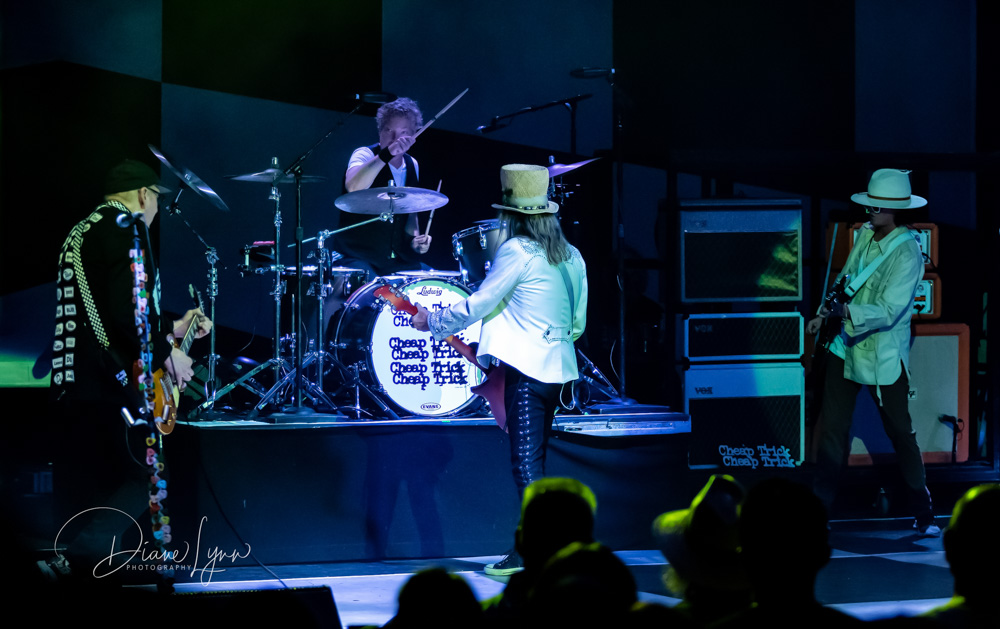 As I looked around at the filled amphitheater on this warm summer night, with fans hurrying to their seats I realized I was feeling a little nervous. It had been so long since being at a concert and in a photo pit, that it almost felt unreal.

Cheap Trick and Blue Oyster Cult were a perfect way to welcome back the live music loving fans after the long, unwanted break. Everyone I encountered was smiling and genuinely enjoying themselves. The anticipation was strong, with my camera ready as the pre-music stopped I pinched myself just to make sure I wasn’t dreaming.

Blue Oyster Cult were first up. 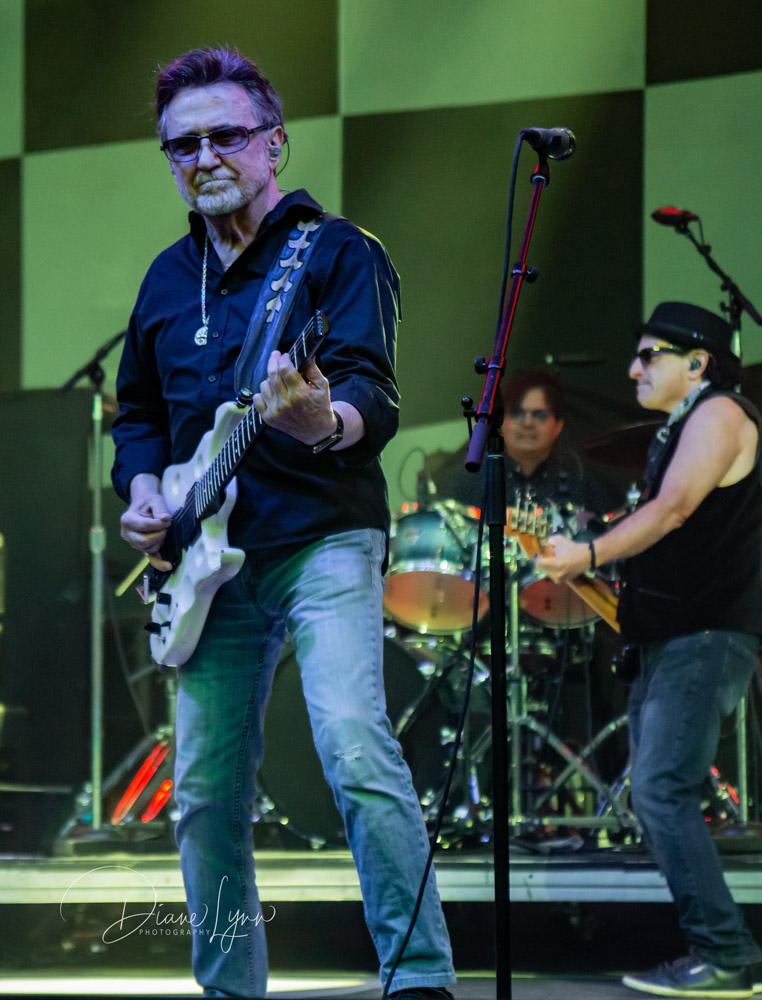 The sun was just starting to dip behind the horizon when BOC came out on stage to a roaring applause from the crowd. It was my first time seeing this band and it was a long time coming. Blue Oyster Cult songs were a staple at house parties back in my high school days.  I remember several of their tunes were on heavy rotation with the local radio stations, some of the songs still are and rightfully so. 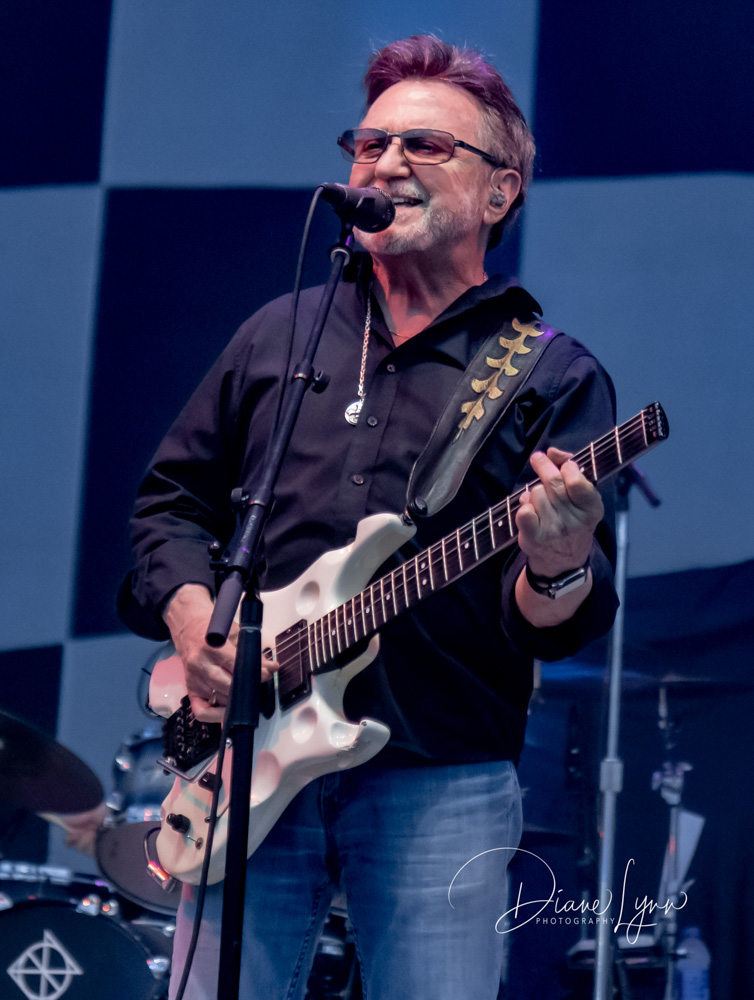 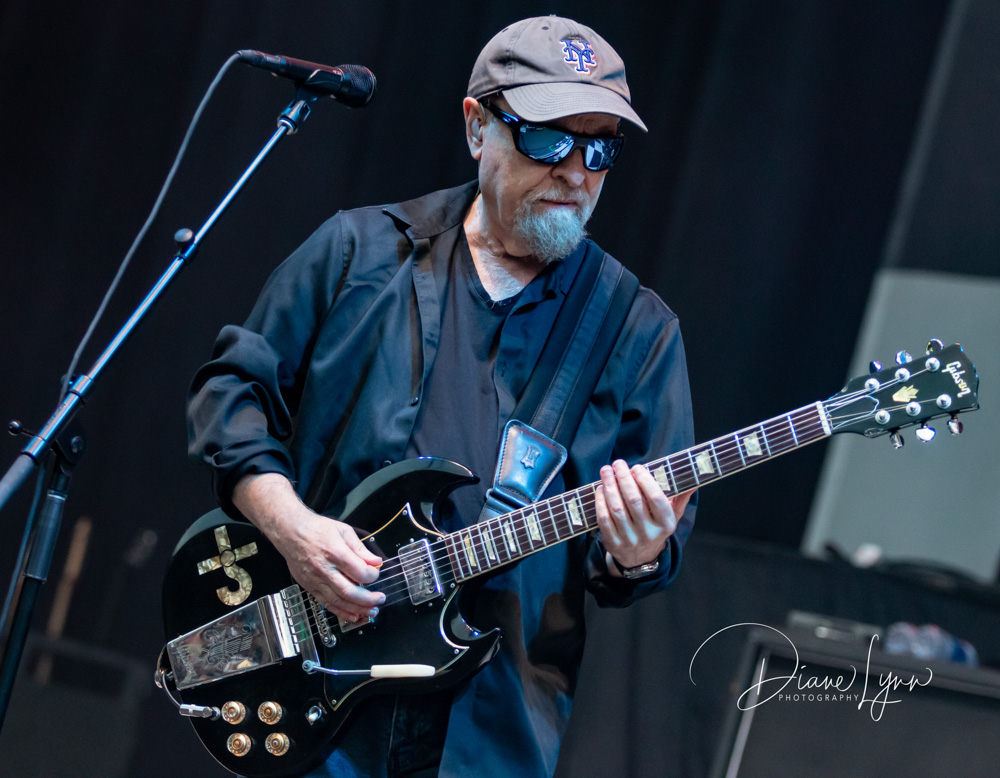 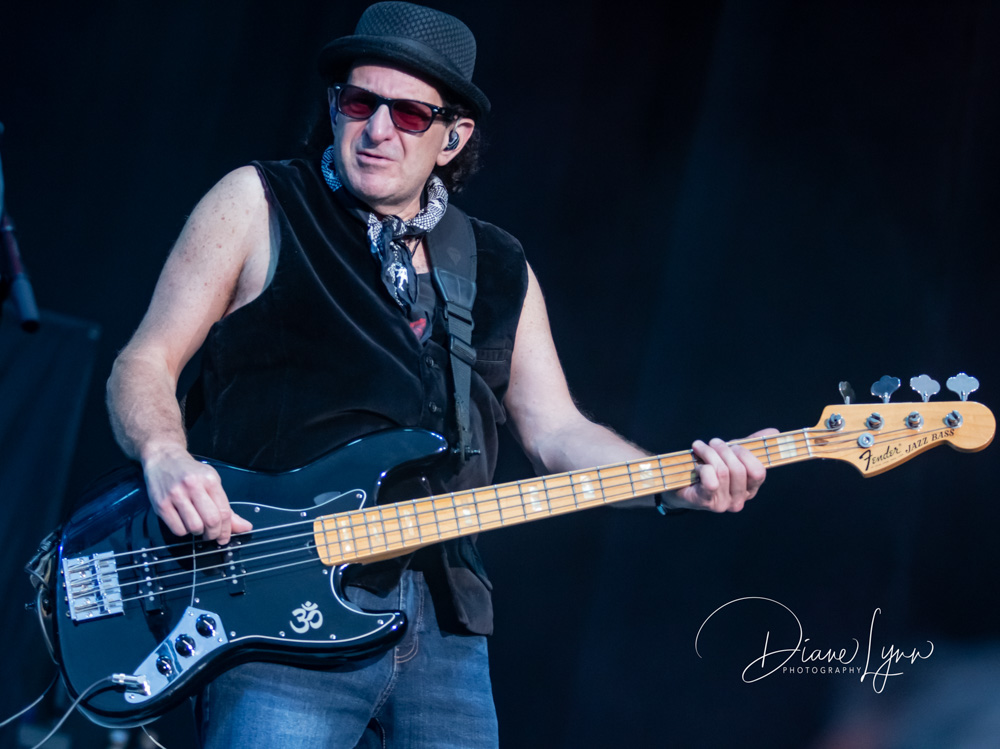 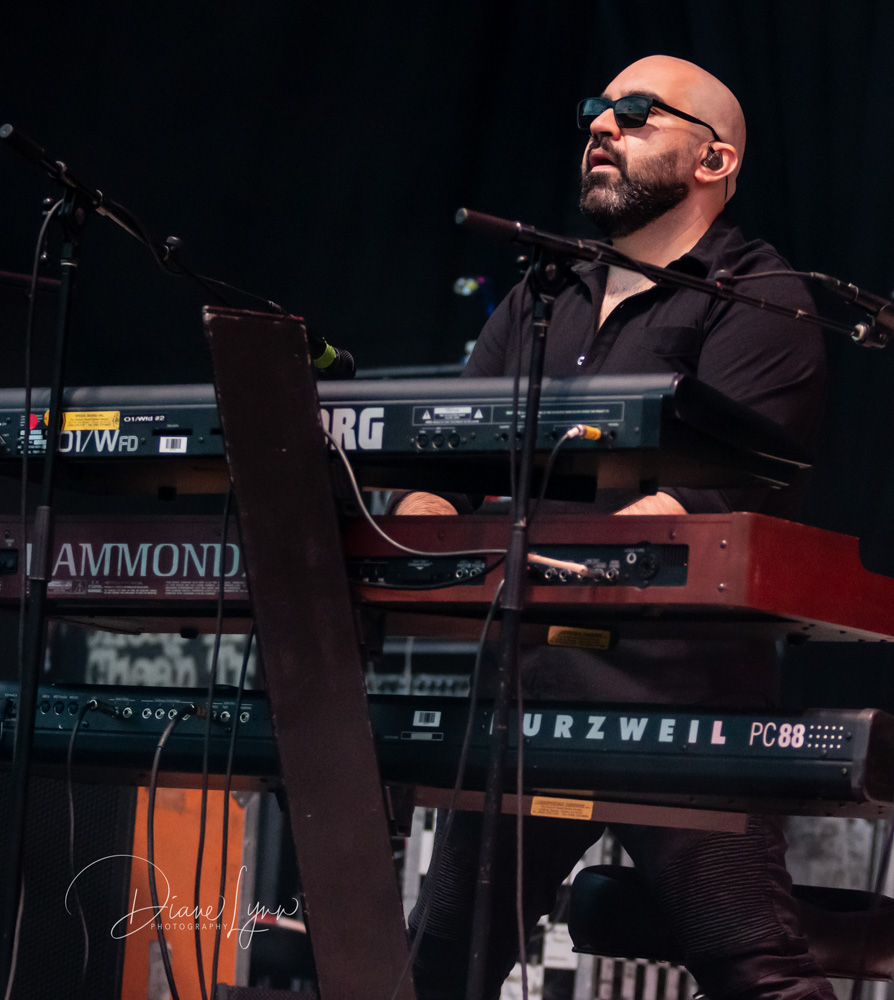 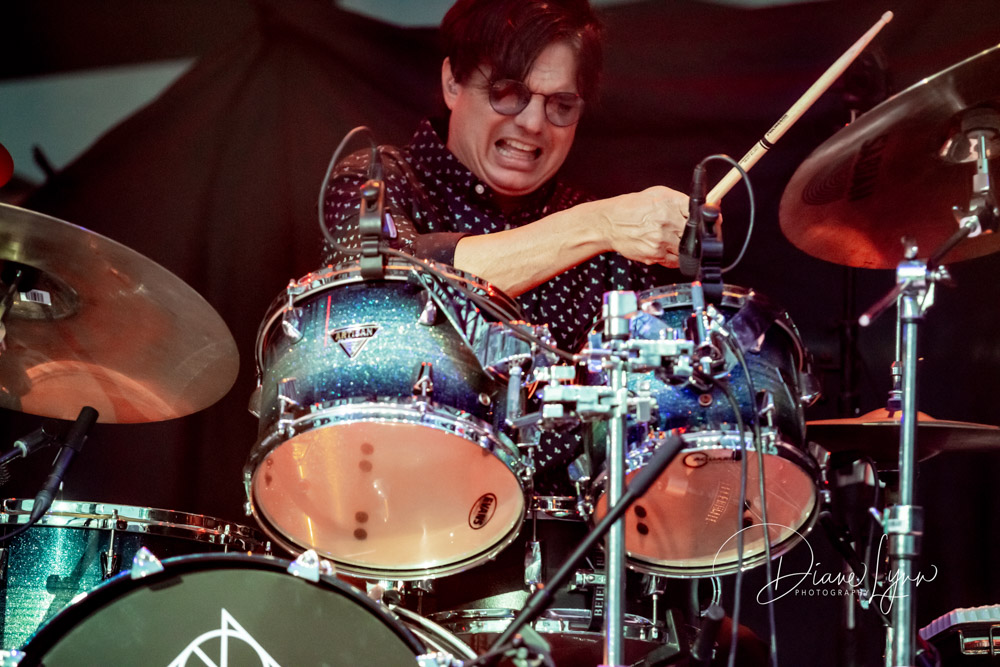 This night the band covered all the fan favorites and then some, songs like “(Don’t Fear) The Reaper”, “Burnin’ for You” and “Godzilla”, these true classics will never grow old. They also included the song “That Was Me” from their latest album, “The Symbol Remains” that was just released in 2020. They came out of the gates with their hit “Dr. Music” ending their set with an Encore of “Cities on Flame with Rock and Roll”.

The guys were in great form, I’m sure they were just as excited to be on stage performing as we were seeing them up there! 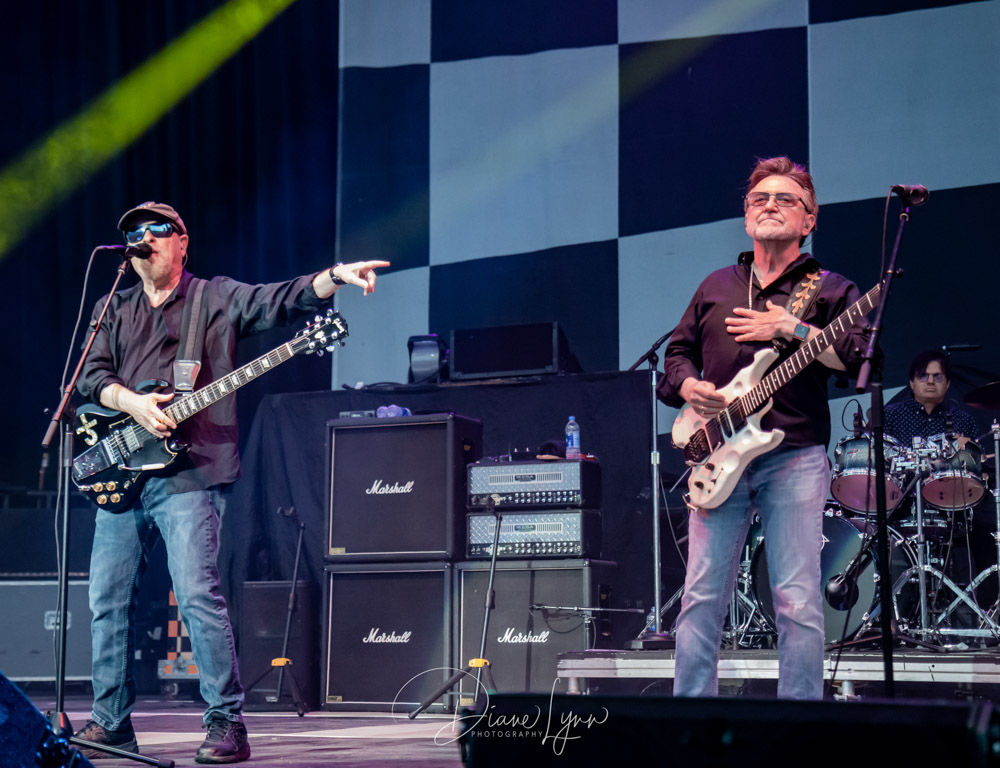 Hello there Ladies and Gentlemen! 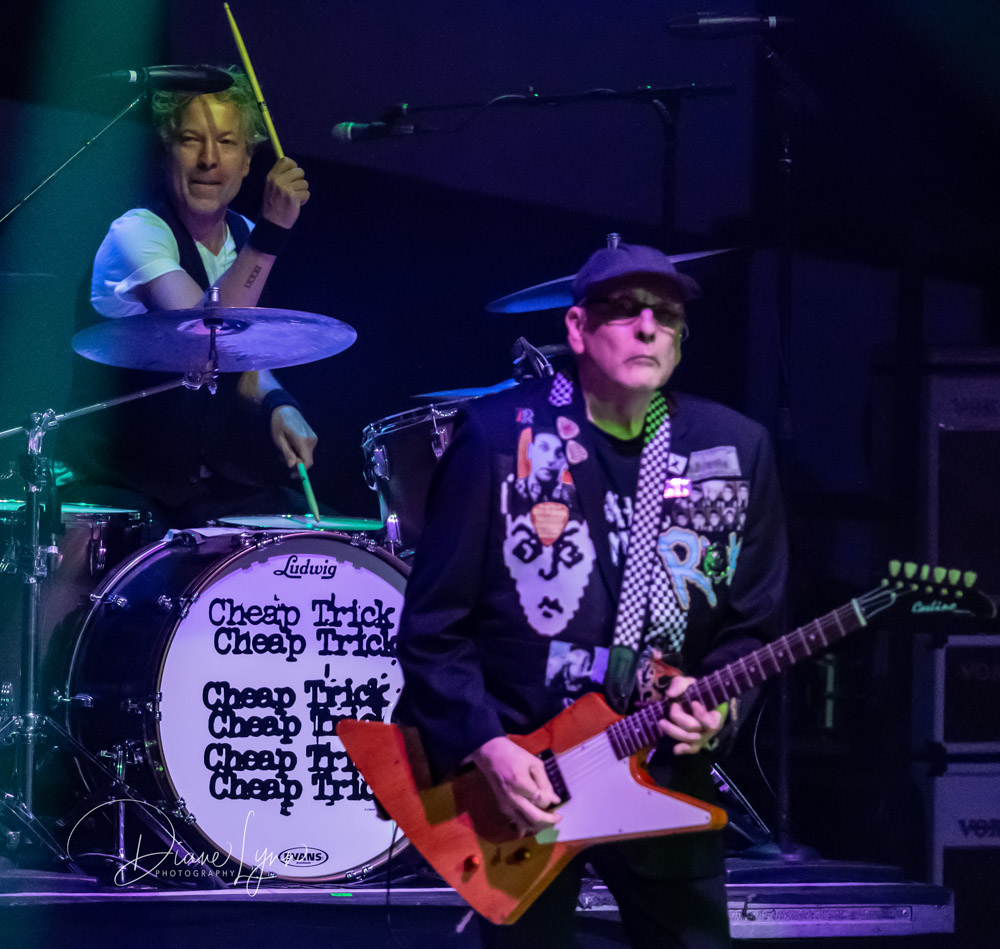 Cheap Trick, this band is an ultimate summertime party band. From the first time I heard “Live from Budokan” back in 1979 I was hooked. I recall spending a full day waiting in line for tickets to the 1980 Summer Blowout concert at the L.A. Coliseum just to see Cheap Trick perform. This band will always be one of my favorites!

As Robin, Rick, Daxx and Robin Taylor made their way out on the stage, a female voice announced, “Ladies and Gentlemen, Boys and Girls, please welcome to the stage, the best Fucking rock band you have ever seen!” The crowd rose to their feet and the band immediately started with “Hello There” then straight into “Just Got Back”. This Rock and Roll Hall of Fame band never fails to entertain! 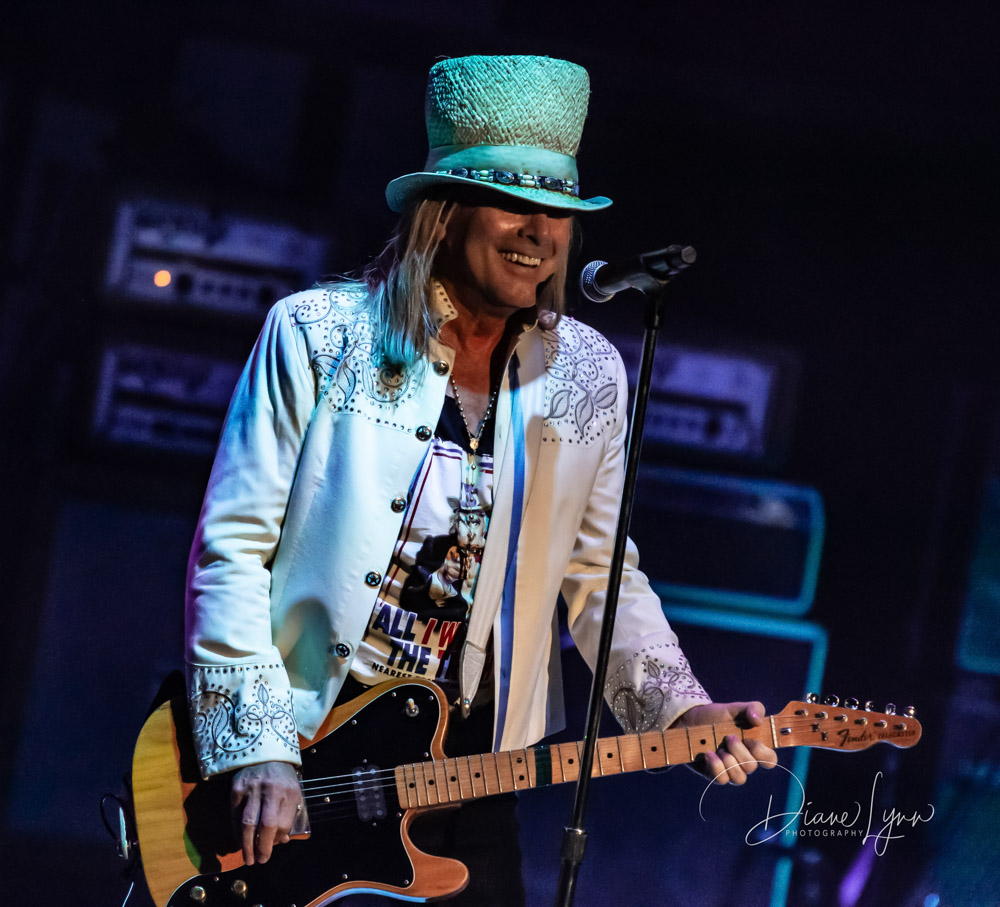 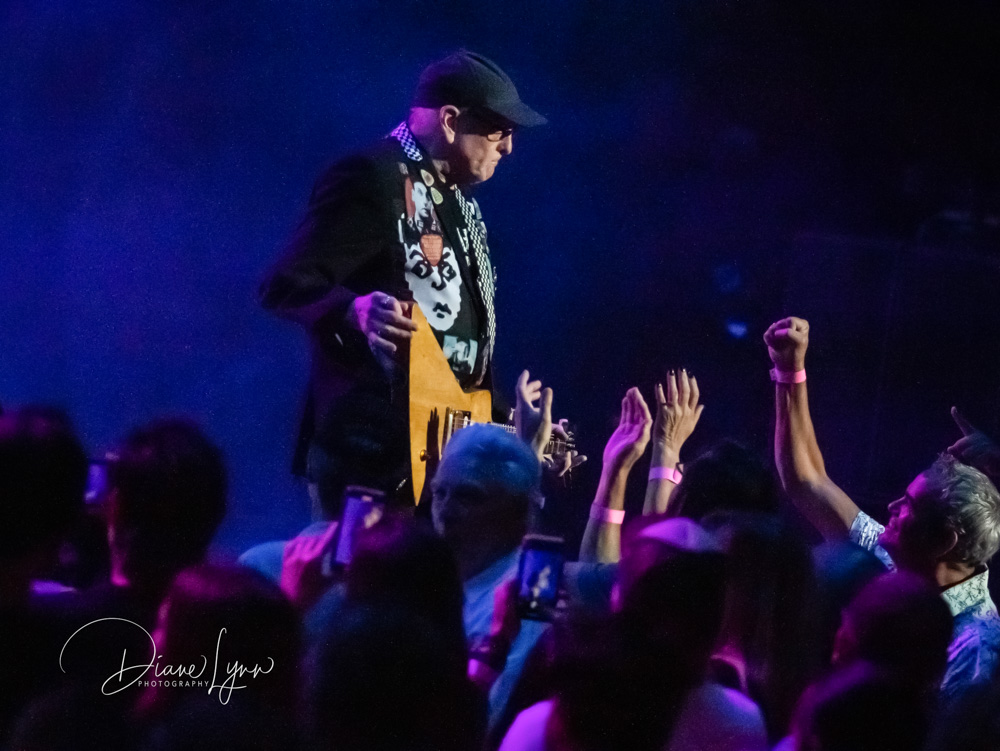 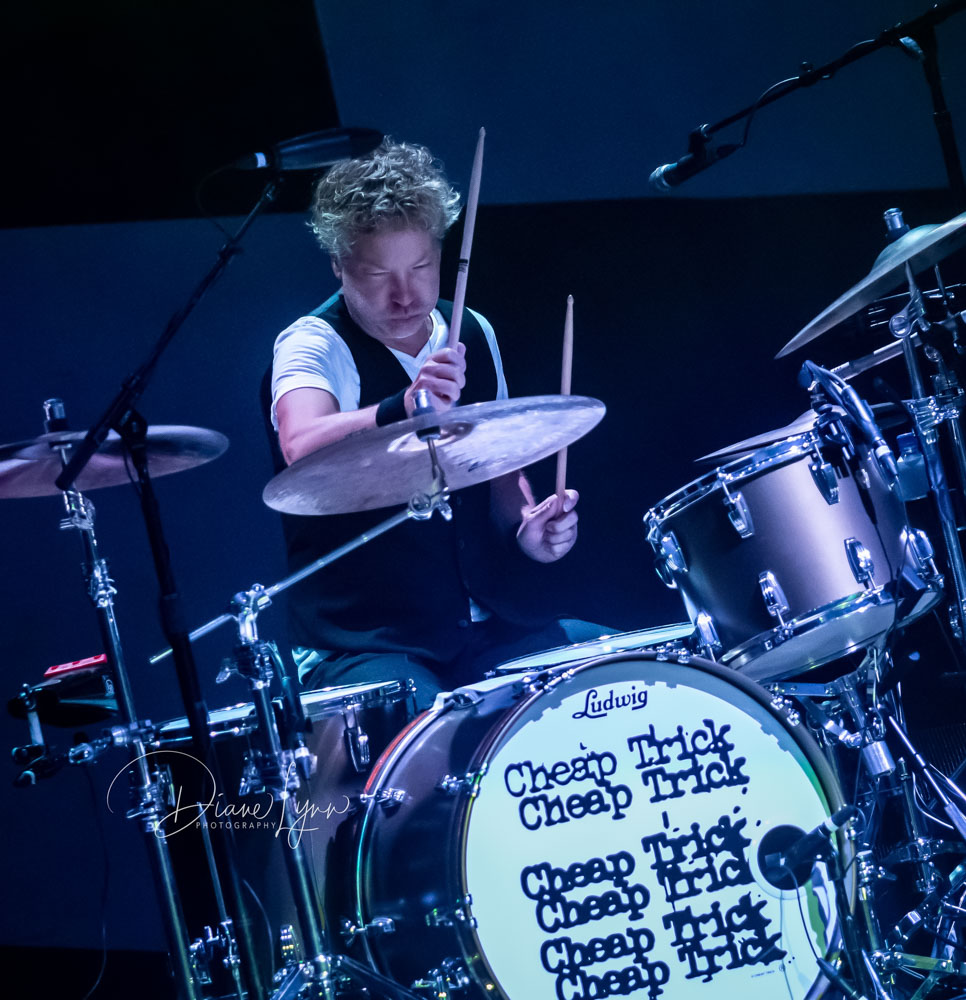 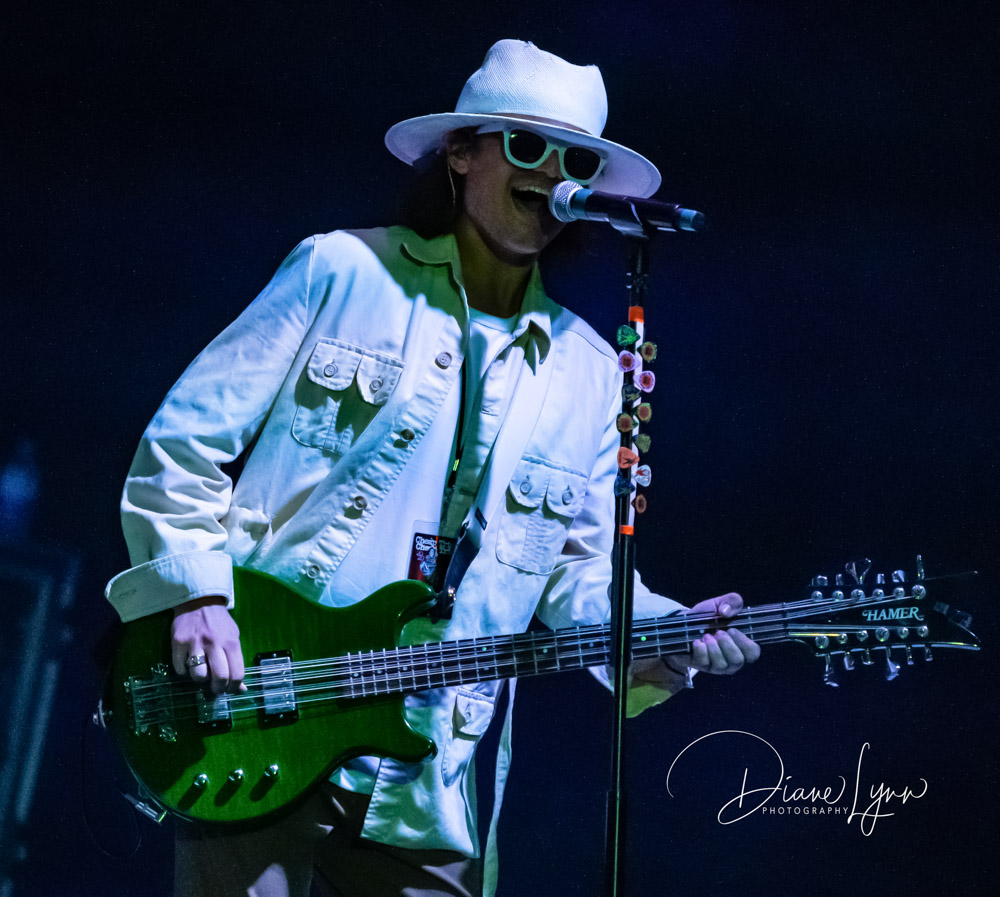 After I was done shooting, I stood in the back to watch the rest of the show and it dawned on me that the crowd was a mixture of older and younger – all enjoying the same music!

A shoutout to the 20’s something guy standing to the side of me who danced and sang every lyric to every song. You give me hope that our younger generation is around to keep rock n roll alive.

The band sound great, they were in sync and ready to put on a great show. Robin looked dashing in his embroidered white jacket with matching top hat; later changing to his famous police hat for the last half of the show that included the song “Dream Police“. Robin not only looked great but sounded amazing as well. There’s no denying that Robin Zander voice! 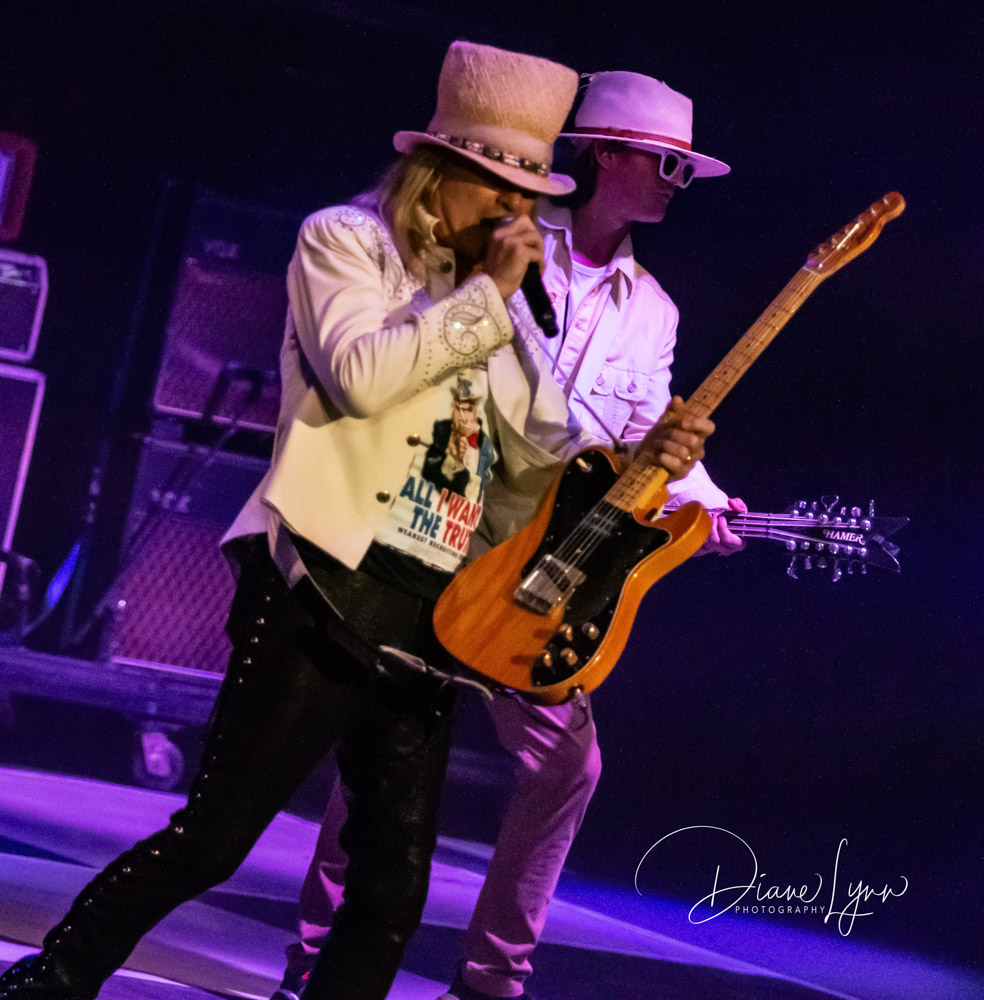 It was a family affair on stage. Rick Nielsen with his son Daxx Nielsen on Drums and Robin Zander with his son Robin Taylor Zander on Bass. It may not be the entire original line-up, but they play fantastic together. (Of course when your fathers are as talented as Rick and Robin there’s no one better to learn from). It must be the best feeling getting to jam with your dad on stage for thousands of fans! 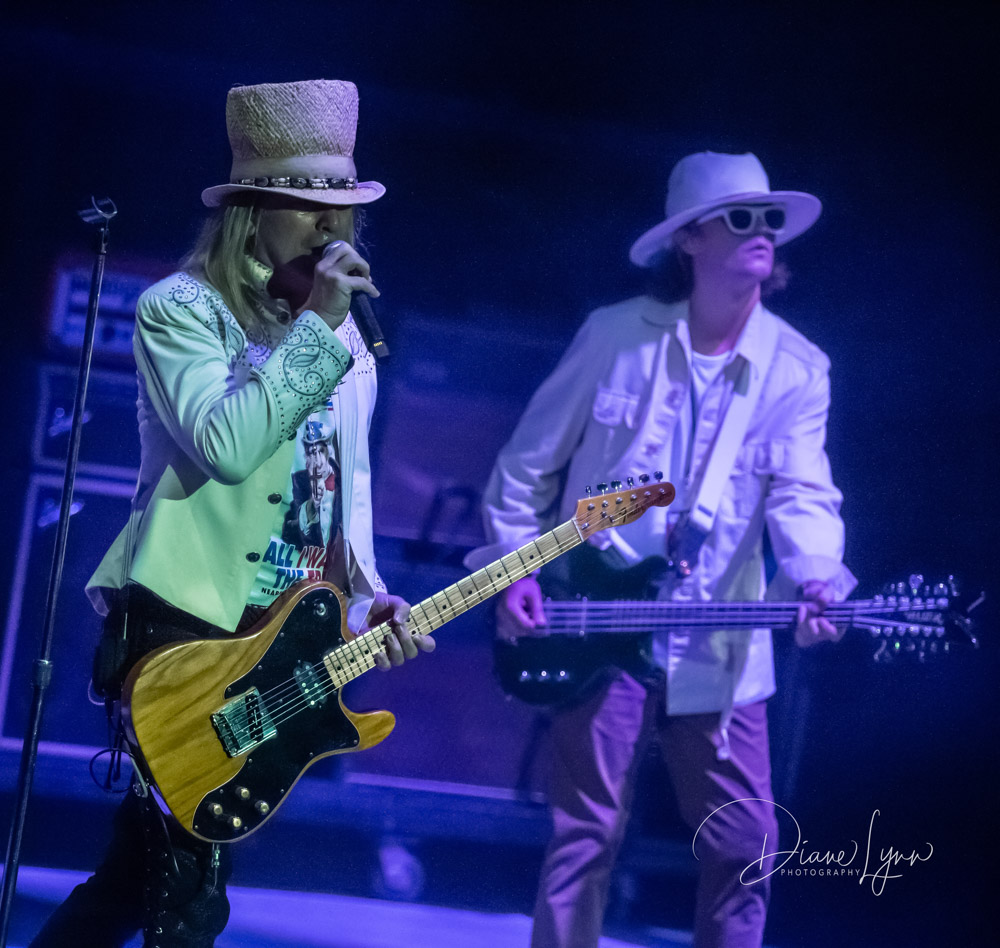 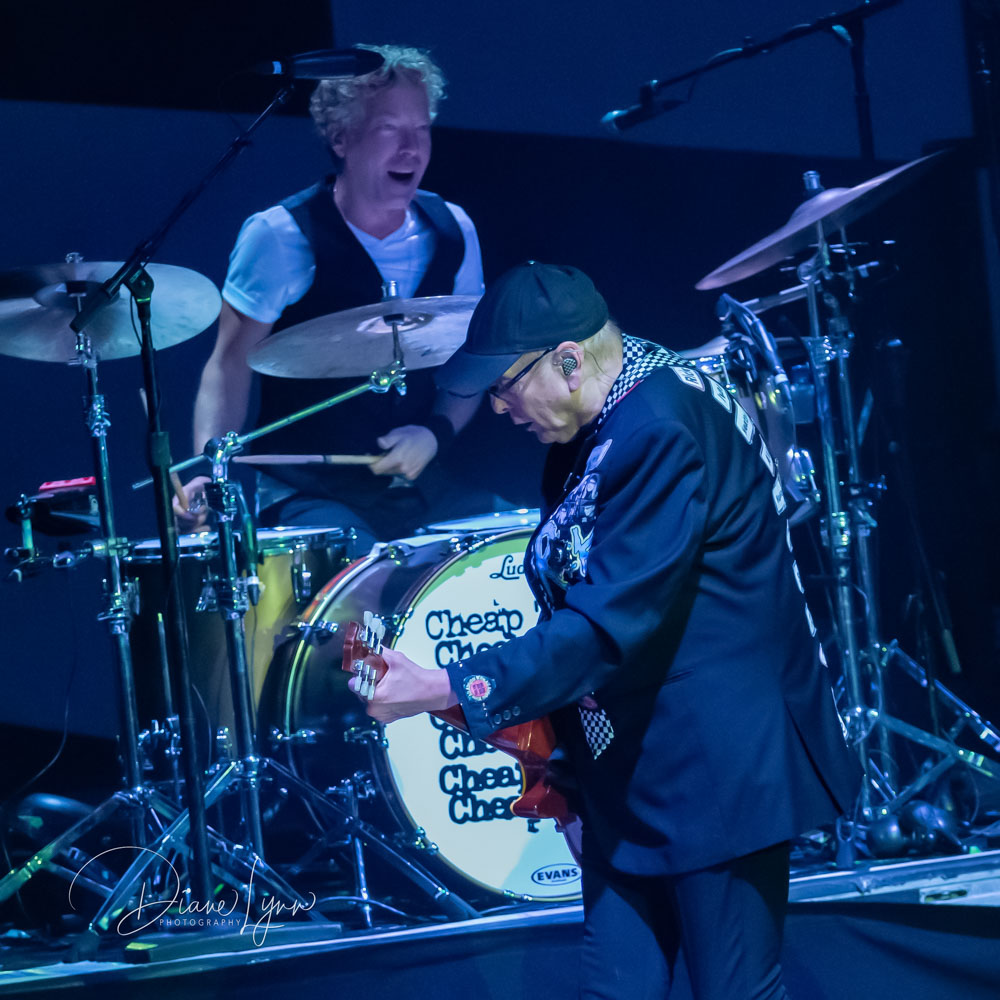 I think Rick Nielsen pulled out his entire guitar collection for the show. Changing guitars just about every song it seemed, saving his famous 5 neck for the final song of the night. He’s always played a big part in keeping the crowd entertained with his moves across the stage and throwing out handfuls of picks to the fans. Of course he sported his famous checkered attire, from his guitar strap to his shoes. 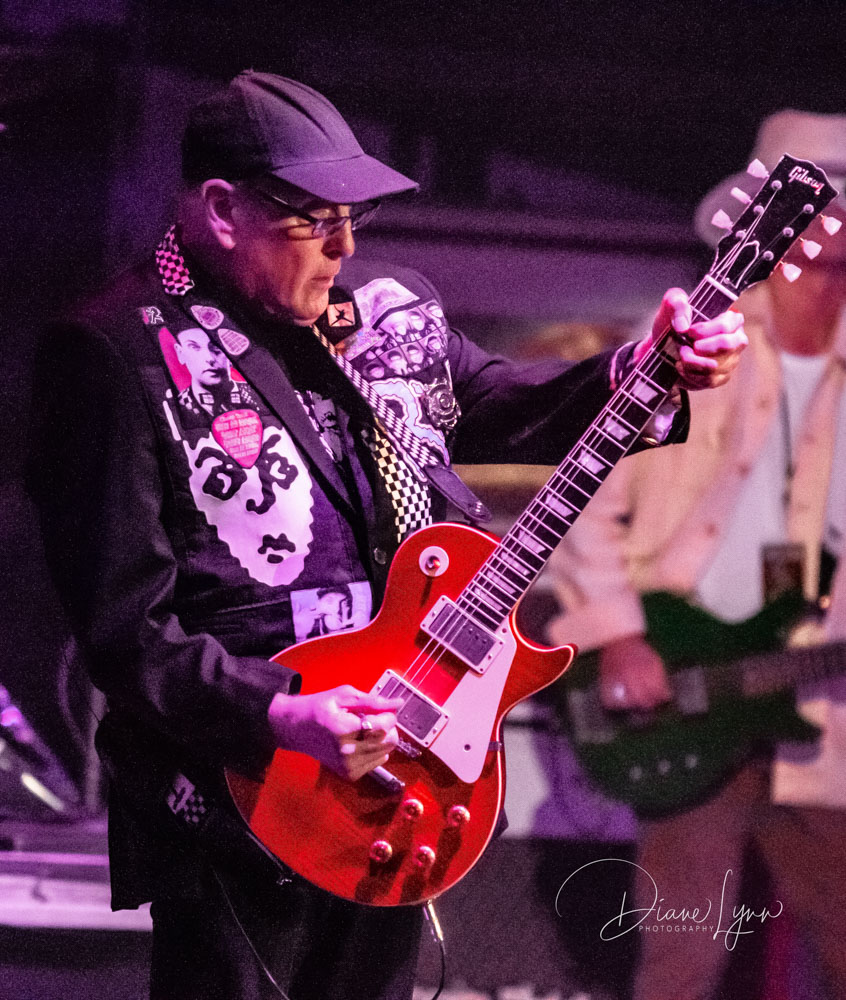 The set included all of the classic hits such as “Ain’t that a Shame”, “California Man”, “Surrender” and one of my favorites “The Flame”. They also played “The Summer Looks Good on You” which is a new tune from their recently released (April 2021) album “In Another World”.

The young Robin Taylor stepped up to the lead vocals mic for the classic hit “Downed” proving the apple didn’t fall far from the Zander talent tree. Daxx Nielsen performed a short drum solo leading into “Ain’t that a Shame” which was reminiscent of the “Live from Budokan” album. 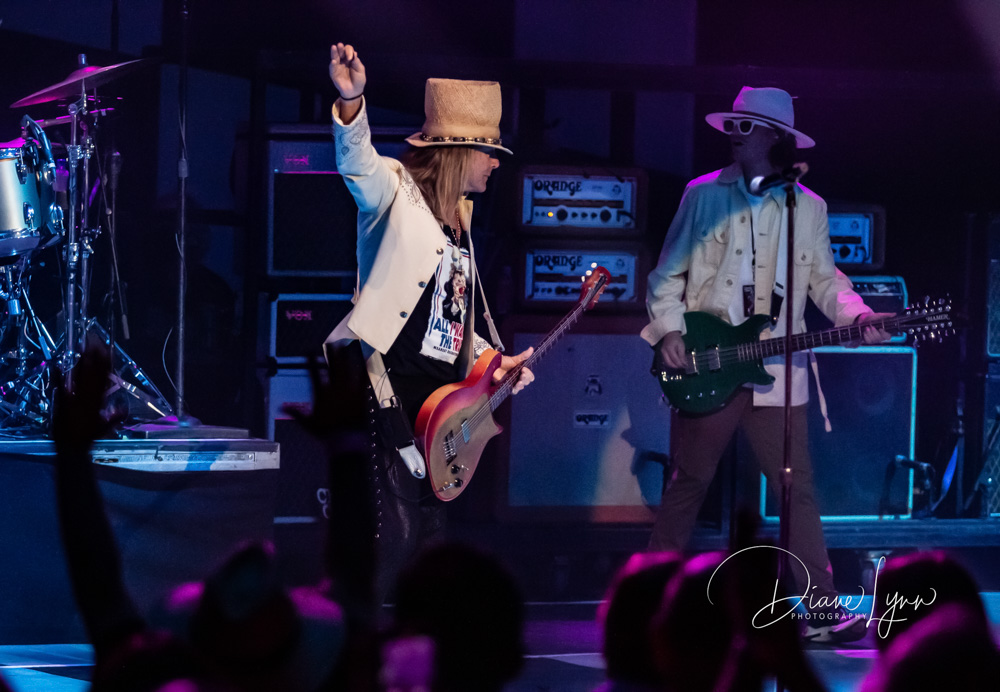 And just ask quickly as they came on stage they were gone. Thank you, Cheap Trick, for another amazing concert, until next time.

A special Thank You to all of the WillToRock readers for staying with us through all of the ups and downs this past year and half. I’m hoping this is just the first of many concert reviews I’ll be able to bring you and hopefully even getting to see you at a show or two.