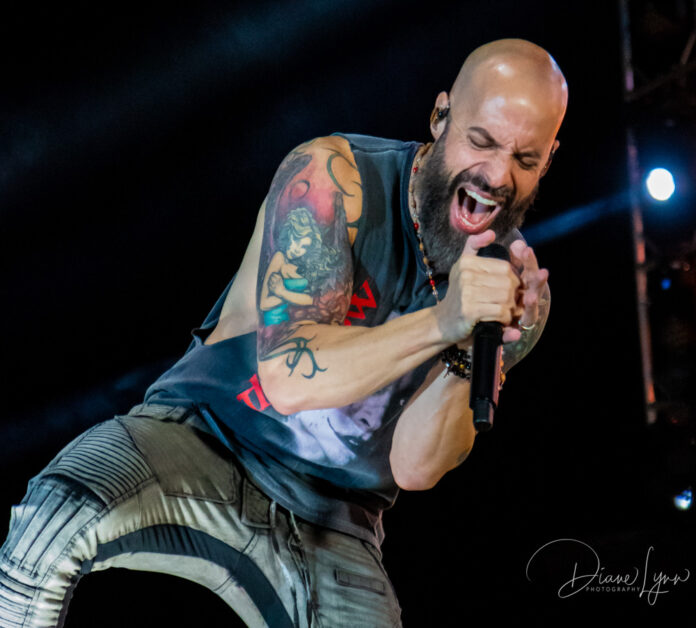 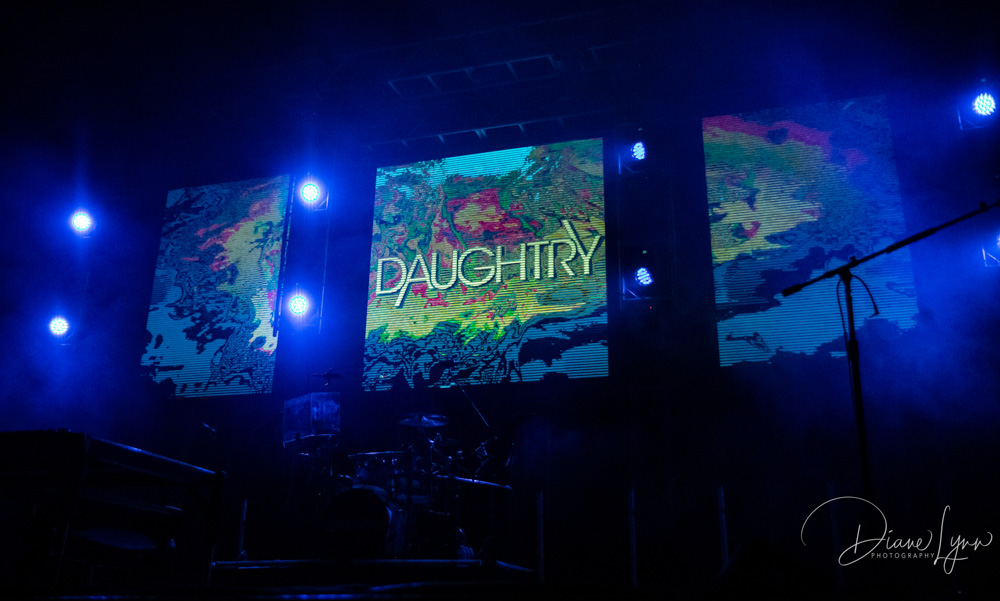 The Dearly Beloved Tour officially kicks off next month, but Chris Daughtry and his band stopped by the Starlight Theater located at one my favorite resorts, Pala Casino Spa and Resort to give their fans a preview of what’s to come once they hit the road.

The start of the tour is closely following the release of their new album, “Dearly Beloved” that came out September 17th to fantastic reviews. The new album, which is quickly climbing the charts, contains 13 songs, two of which were previously released singles; “Heavy Is The Crown“ and “World On Fire“. 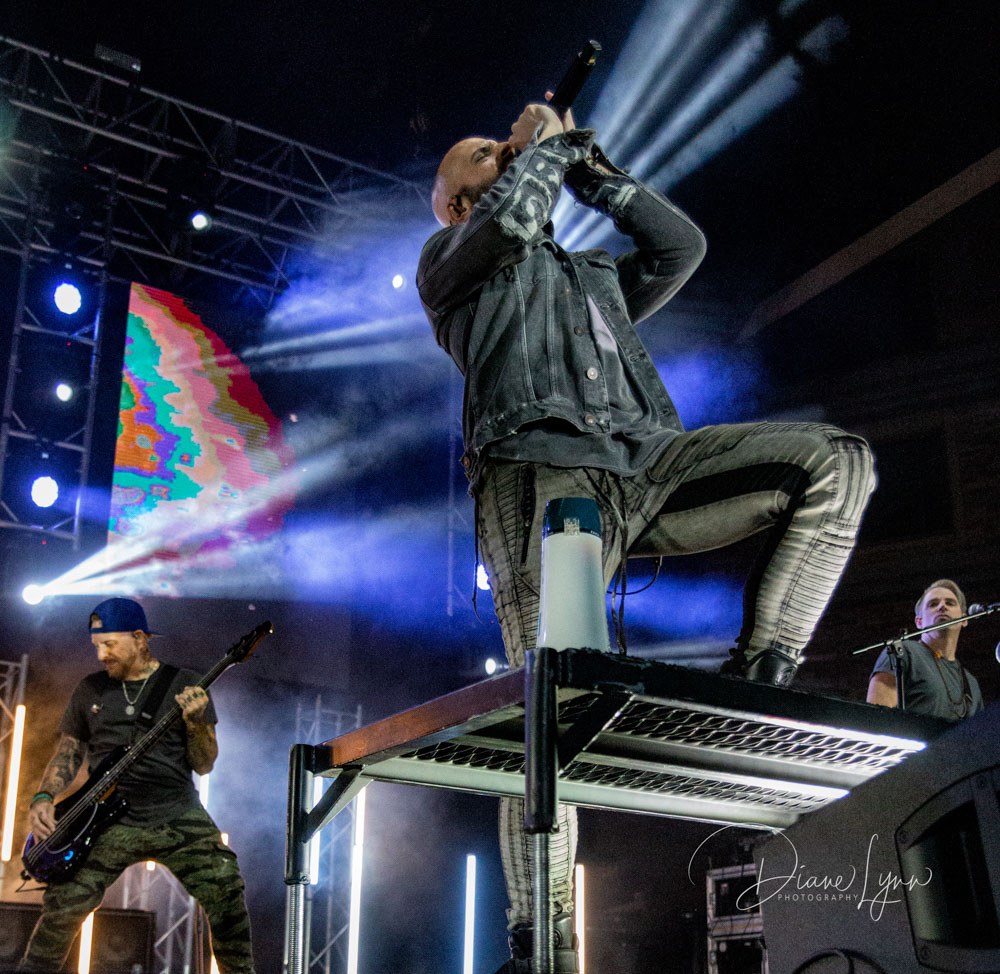 The Starlight theater is an outdoor venue, and it was a perfect night to be out under the stars! The fans were arriving early, having plenty of time to hook up with friends and socialize a bit before the show started. But when Daughtry took the stage, everyone was on their feet and ready to rock!

Chris took to the stage shortly after the rest of the group, dressed casually with a jean jacket that gave just a peek of the tank underneath that featuring Brandon Lee as The Crow along with a simple string of beads around his neck. He stood facing the drummer as the hum of keys, guitar and bass grew louder and the smoke rose higher around him. Raising his megaphone high in the air – the first drum beat hit and he quickly turned to the crowd and went straight into the first song of the night, “World On Fire“. 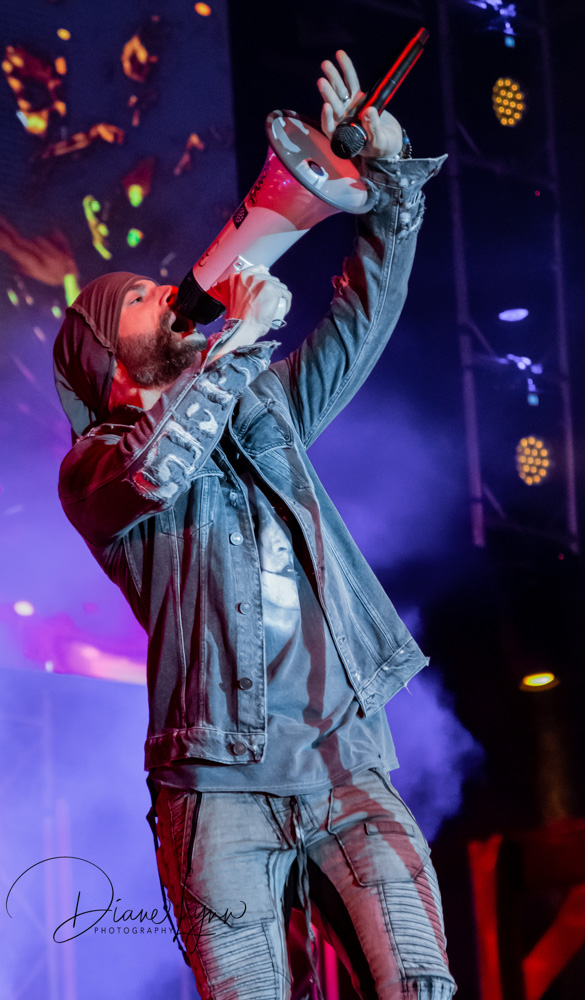 The set was a mix of songs from the new album and his classic hits from their previous albums. All were welcomed with an obvious approval from the fans. What was surprising to see was the number of fans that were singing along to the new songs, word for word, just as they were the older hits. These were dedicated fans, no doubt!  I myself have had the new album on constant rotation, in my car and at home – I’m hooked! It’s a much heavier sound than what I’m used to coming from Daughtry but it works! They are definitely doing their part in keeping rock alive! 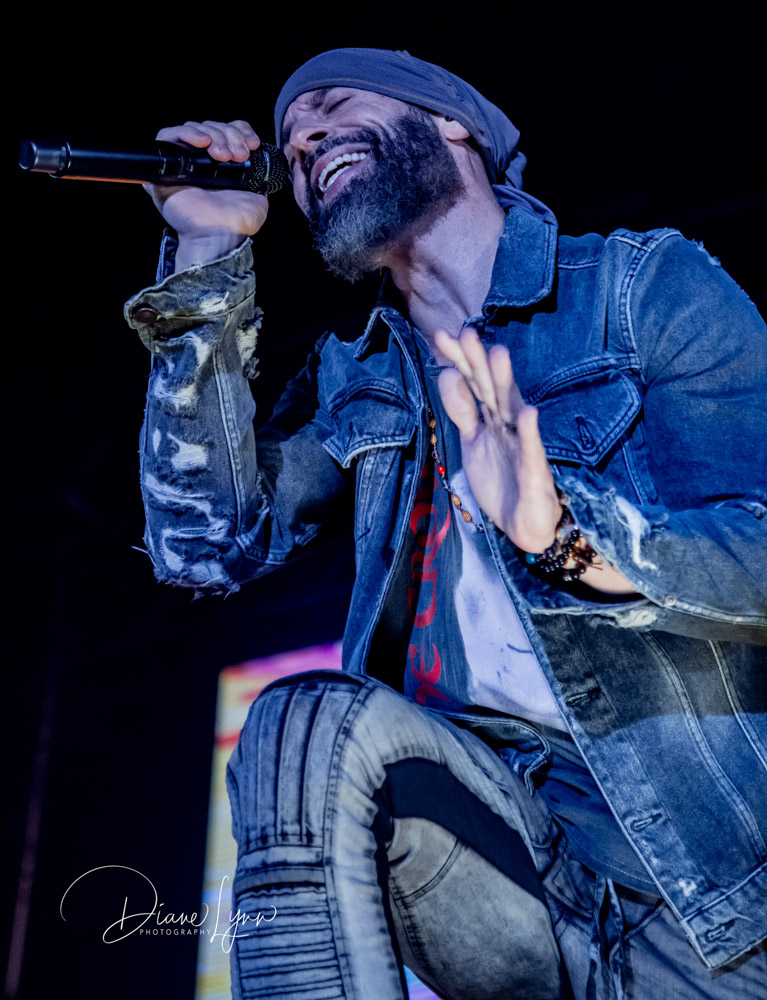 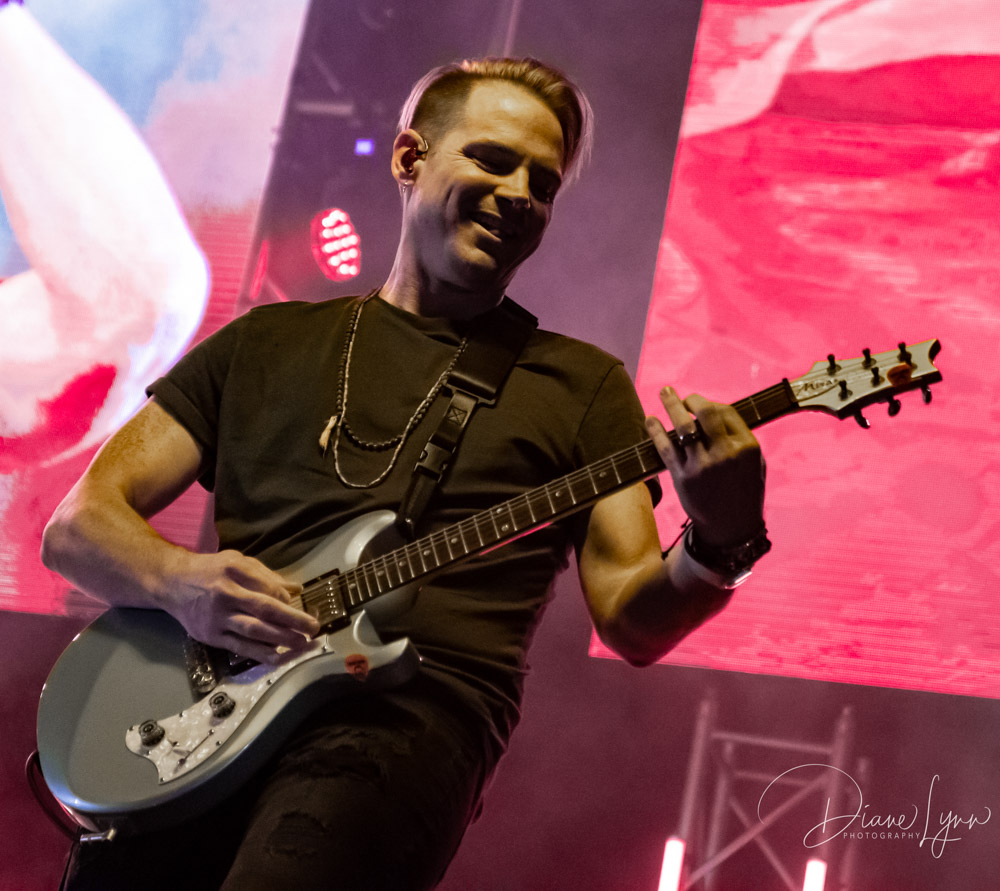 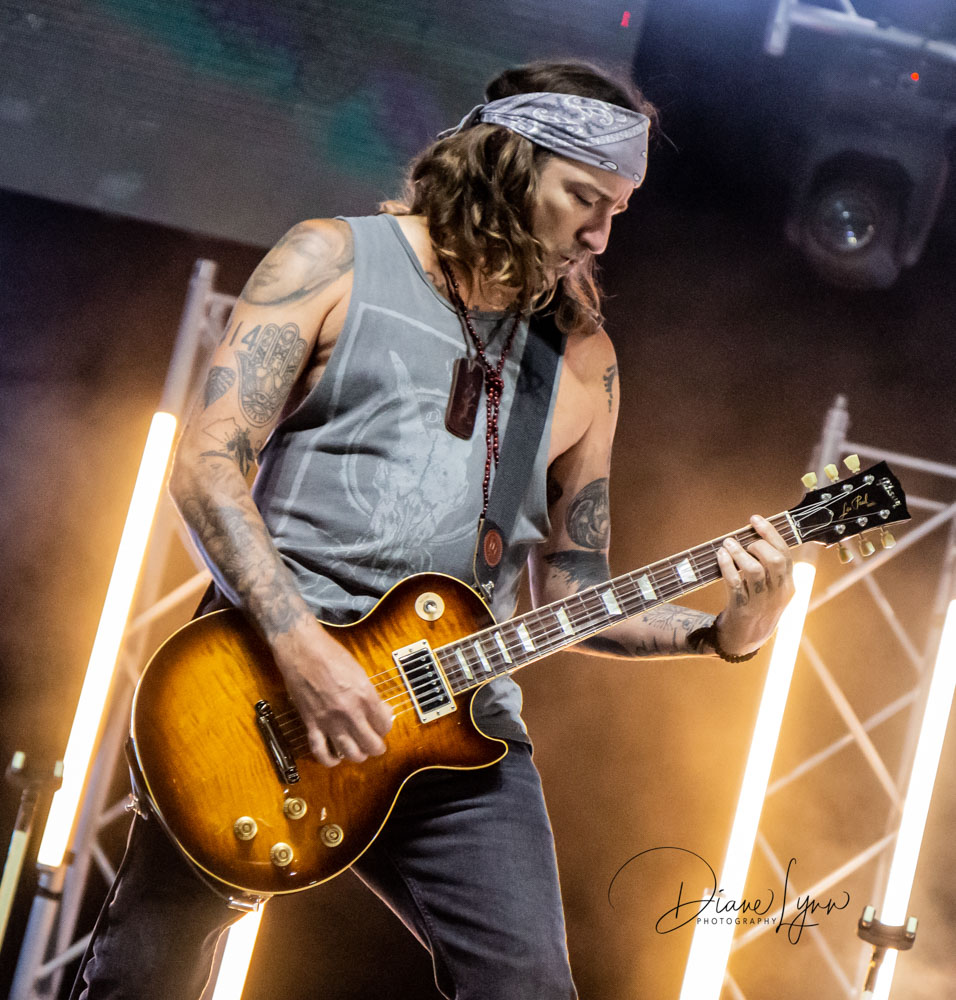 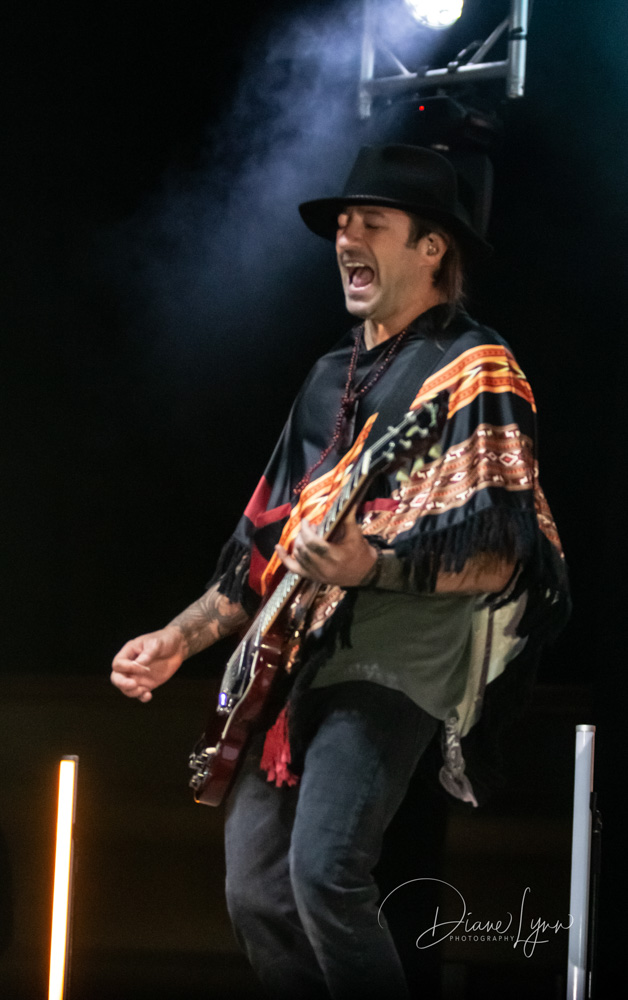 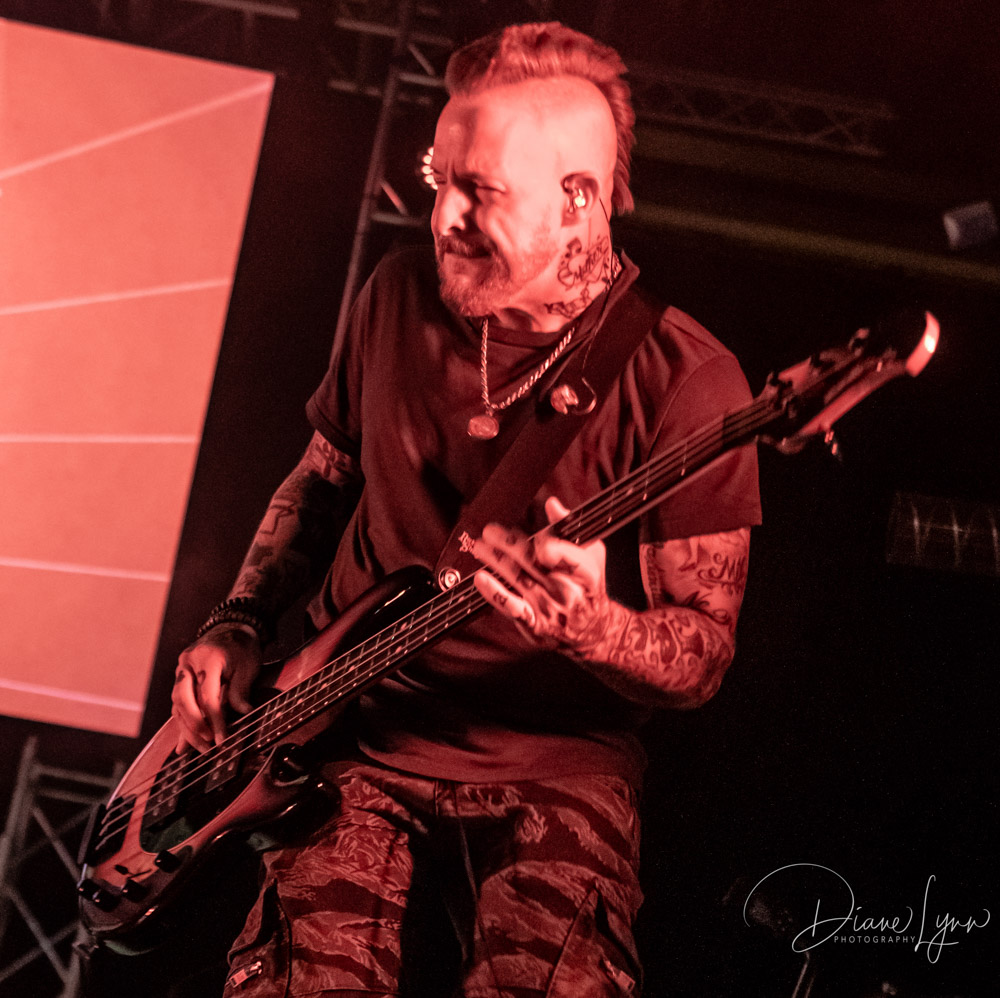 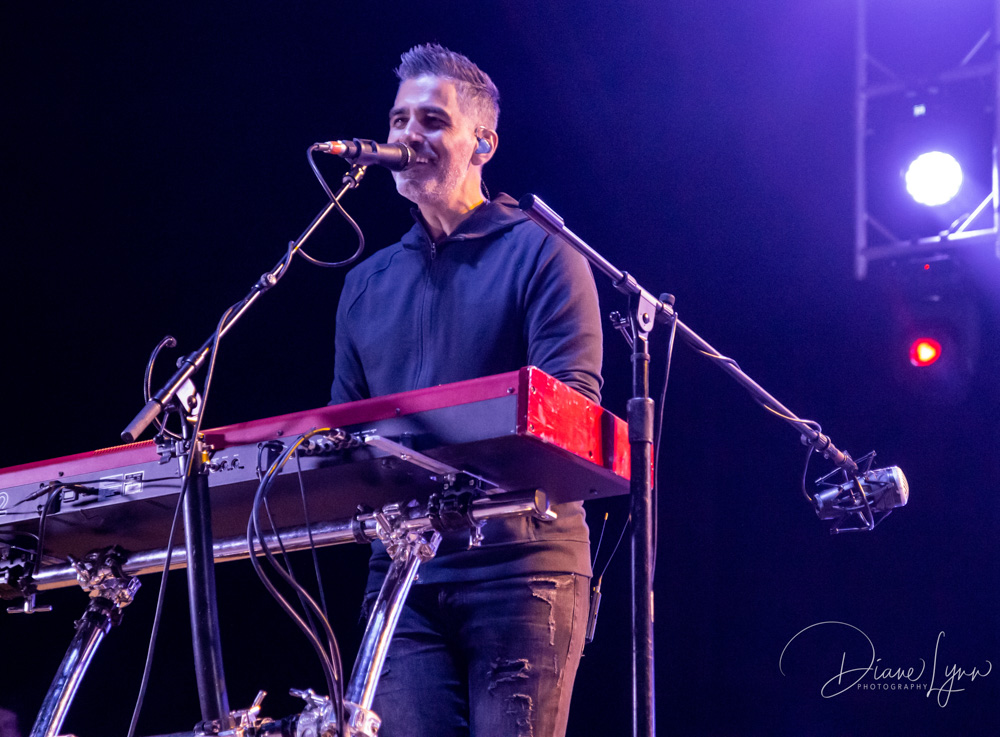 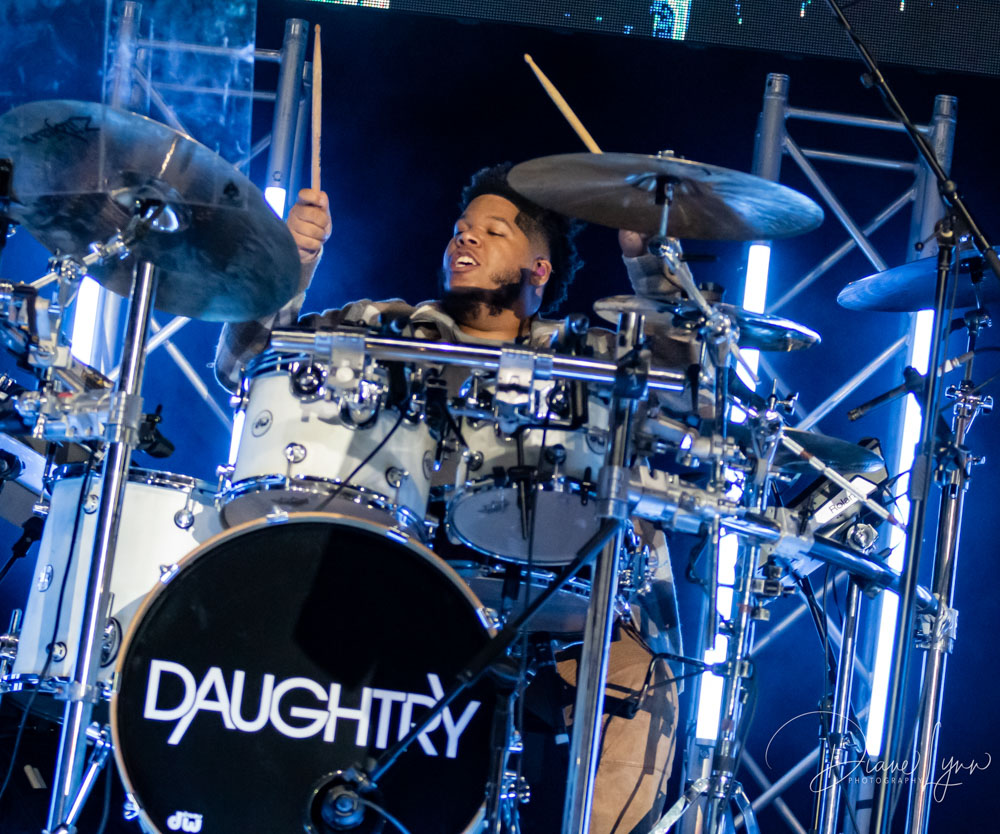 The group as a whole seemed to be having a great time on stage, I’m sure the anticipation of getting back out on the road with a rockin’ new album was a huge part of the smiles on stage.

Accompanying Chris on this tour is bassist, Josh Paul, movin’ and groovin’ on stage as he was plucking out those deep bass beats. Lead guitarist Josh Steely held a stealthy presence towards the back of the stage but was tearing into those electric riffs that wouldn’t let you forget he was there. It was great to see drummer Brandon Maclin, sitting and smiling behind the kit (I told you “I got you”), a heavy hitter keeping the band on pace. Elvio Fernandes on keys, assisted on backing vocals and also did a quick change to assist on guitar. Rhythm guitarist Brian Craddock kept a low-profile stage left most of the set, but his smooth delivery of each song’s melody was flawless. The musicianship of each band member is prodigious. 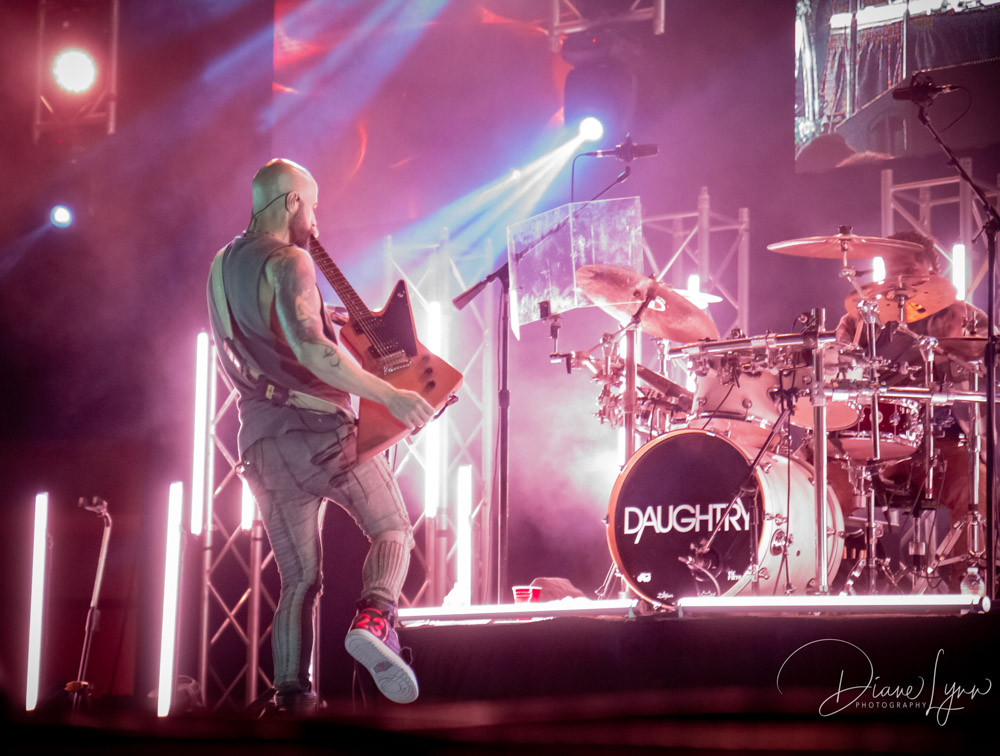 About midway though the set Chris came center stage as the rest of the band stepped off, he was handed his guitar and quickly began an acoustic version of “Losing My Religion“ by R.E.M. The crowd was silent, it seemed as if time stood still as we all watched and listened to his amazing rendition of this timeless, classic song. He followed it up with “Call You Mine” and the mega popular “Home“. 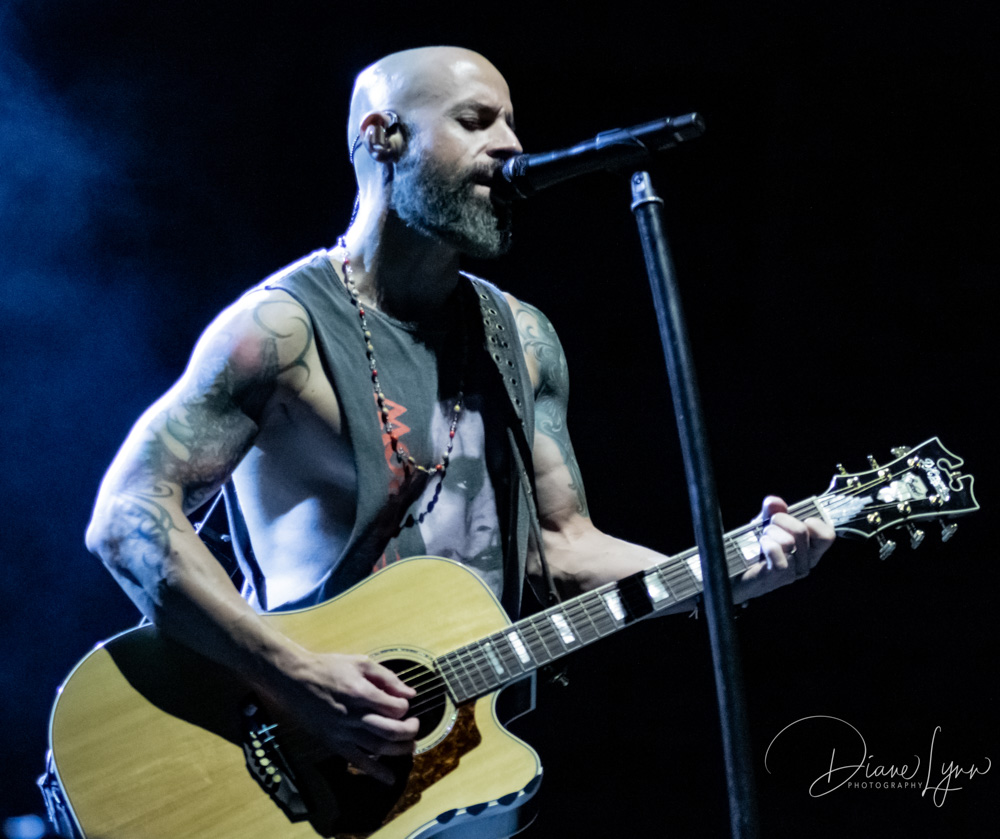 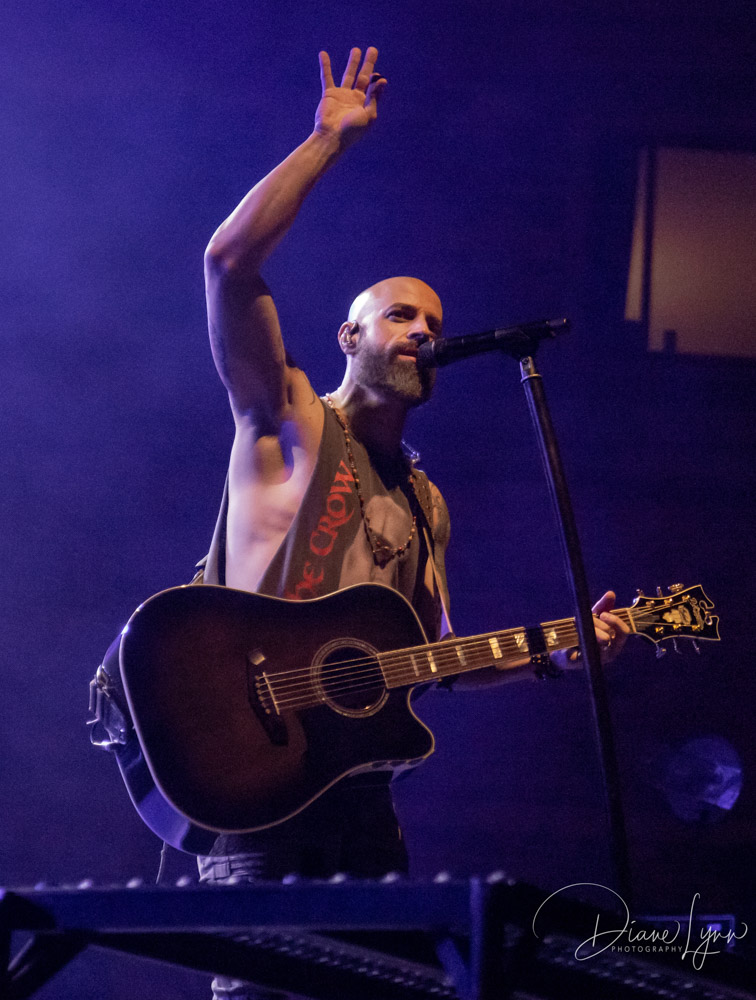 Daughtry ended the night with a two-song encore, “September“ and “White Flag“. With a few waves, a couple of picks thrown to the fans and smiles all around – the guys were gone. A few of the fans stayed around for a bit hoping to get another glimpse of the band and to say their goodbyes to their fellow fans/friends as they raved about the show they had just seen. 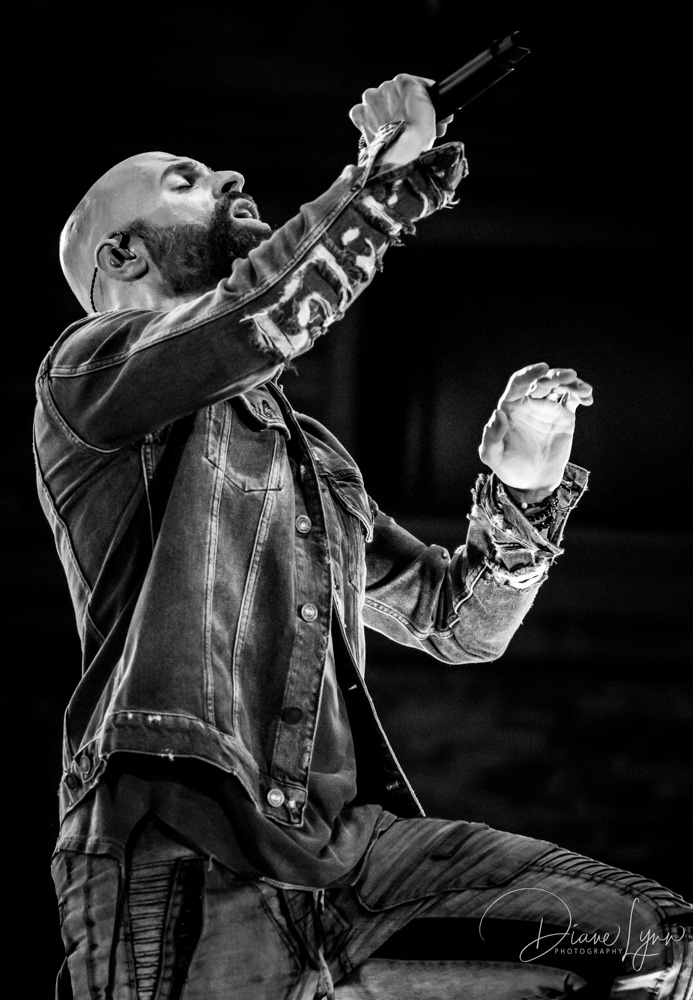 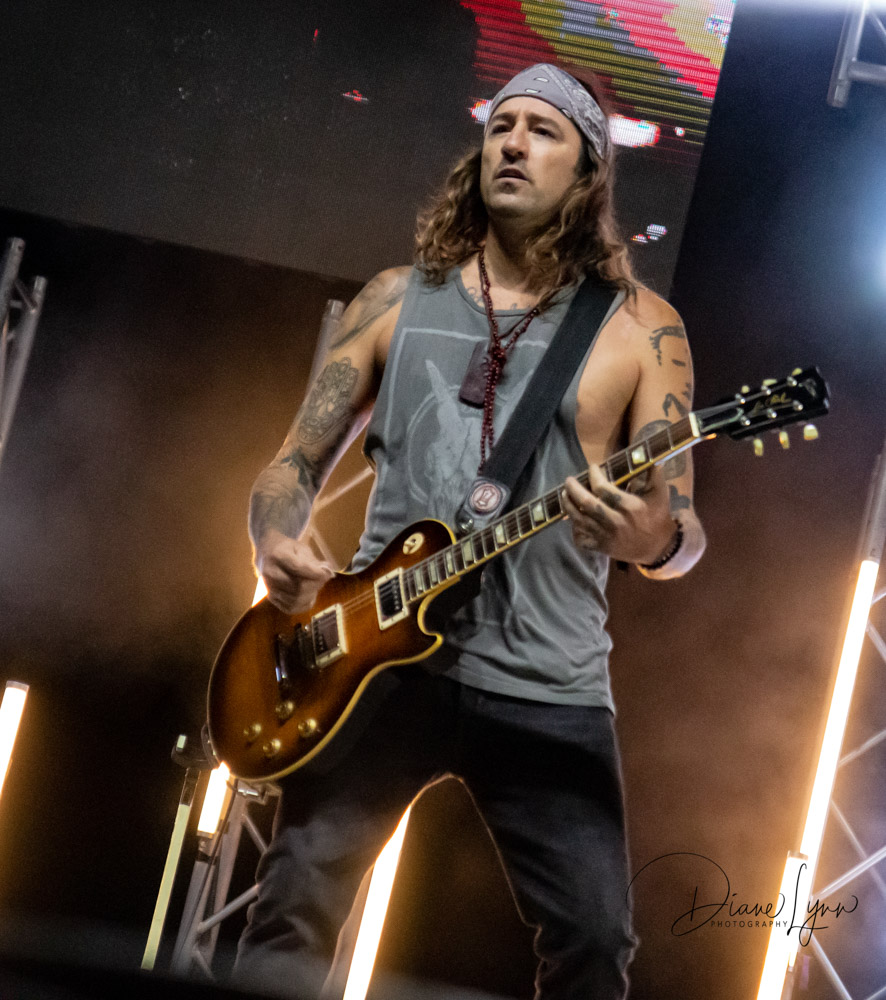 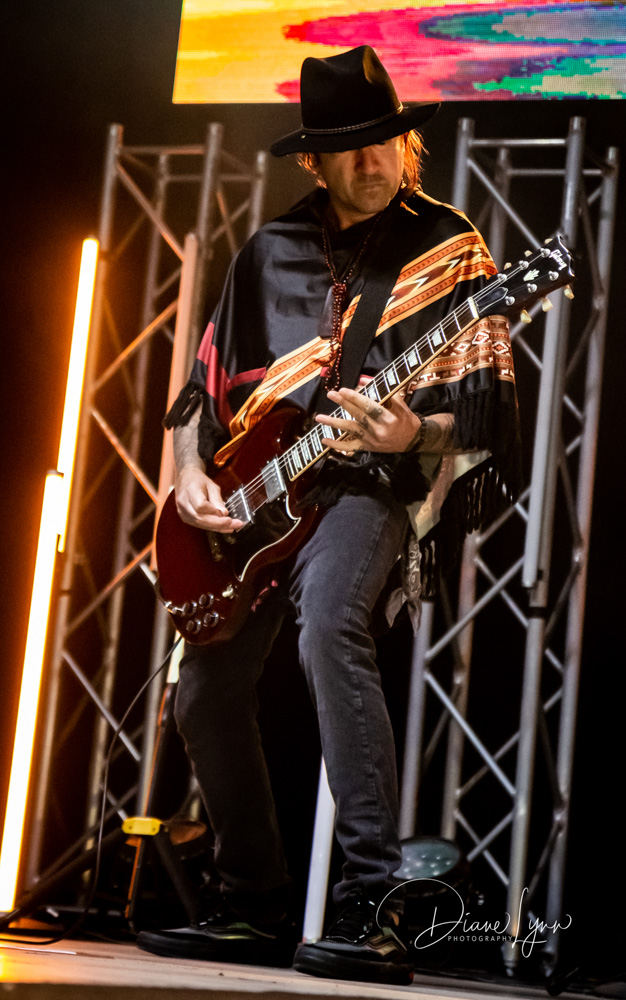 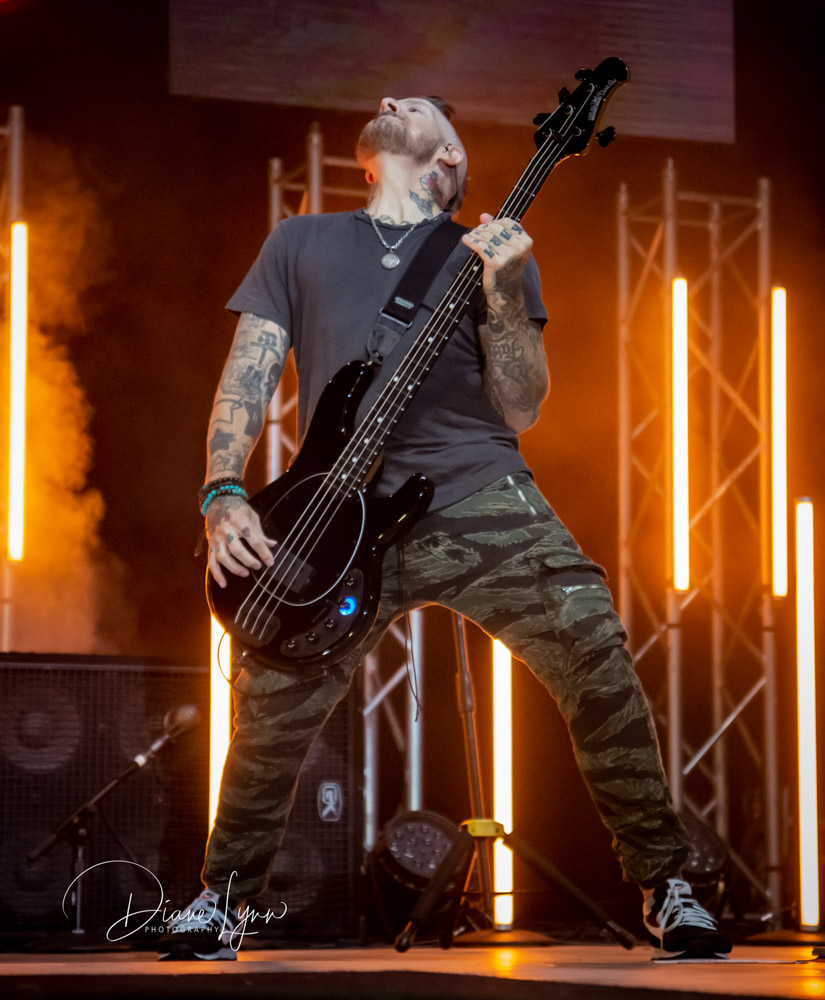 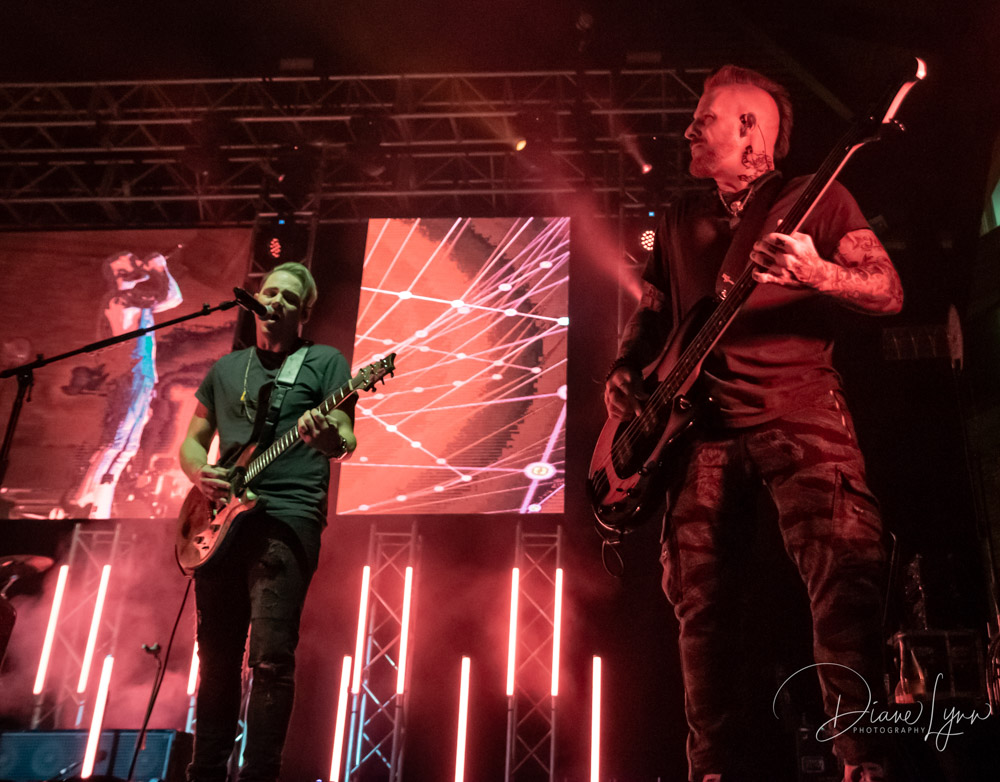 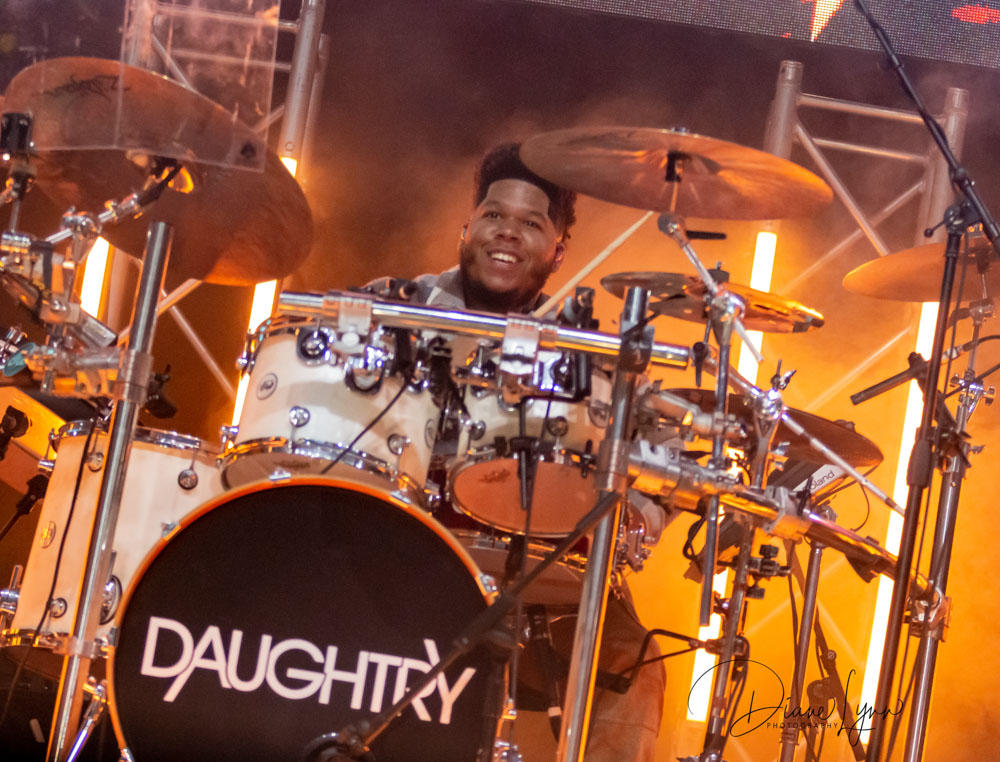 If Saturday night’s performance is any indication of what’s to come on this tour, you’re definitely in for a great show! As I mentioned, the “Dearly Beloved” tour starts November 2nd and it’s a 30-stop run with Sevendust, Tremonti and Travis Bracht. Get your tickets now, this is one you will kick yourself for missing.

Opening for Daughtry this night was singer, songwriter and guitarist, Kirk Matthews. Kirk quietly took the stage with just a guitar in hand and proceeded to WOW us all with his original songs. 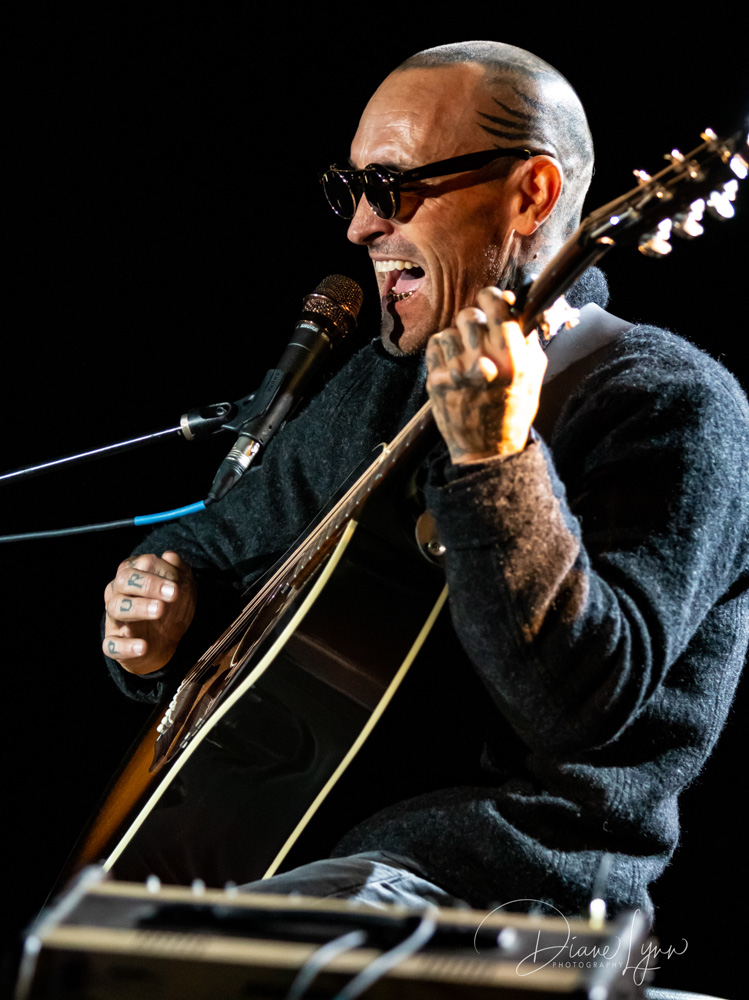 He gave a us a few tidbits about some of the songs he had written and how he has been writing for others for many years. He recently decided that it’s time he performed some of his own songs, and I’m so very grateful that he did!

He describes his music as a blend of Southwestern style and Urban Folk.  It was a short set but definitely left an impression on the crowd and on me, as well.