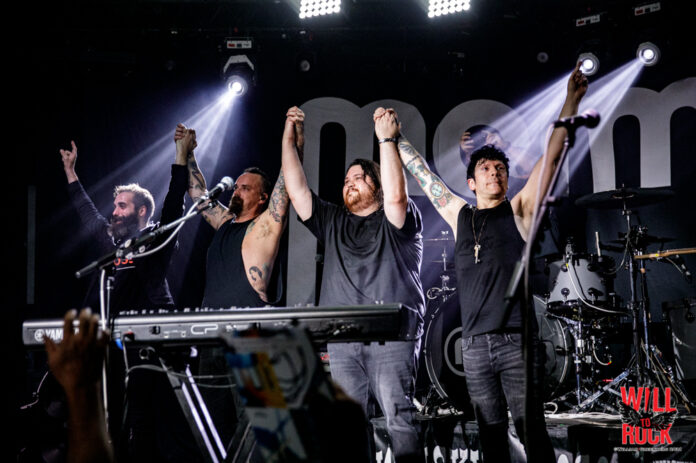 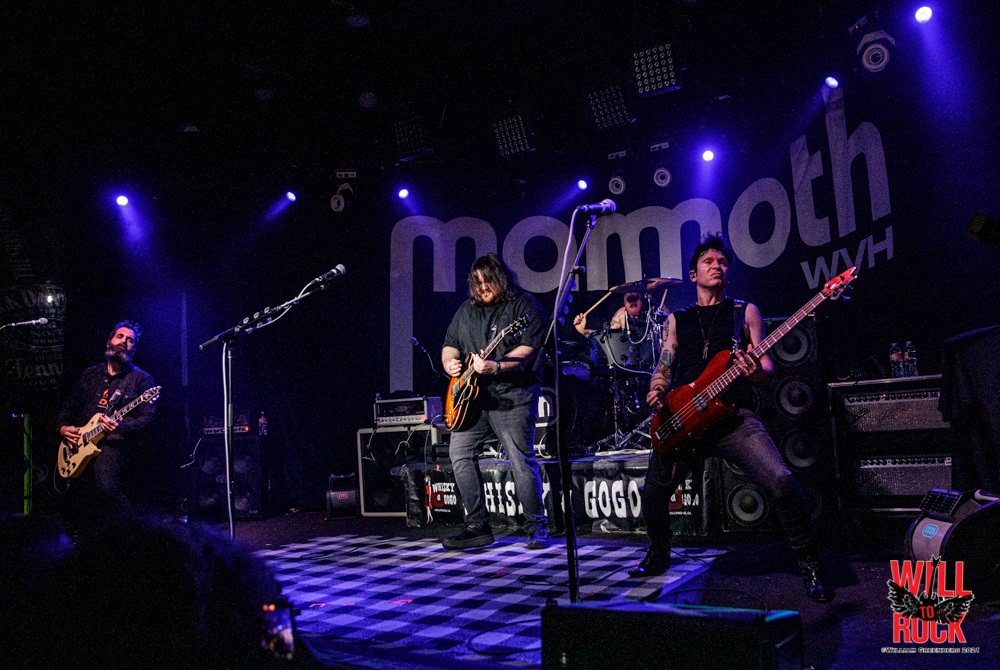 Fresh off their U.S. Tour in support of Guns ‘N’ Roses, Mammoth WVH made up their “Friends and Family” Gig at the Whisky a Go Go on Tuesday evening.  The original show, scheduled for August, was derailed by Covid and thank goodness that MWVH were able to make up this gig, because it was truly a fantastic event.

The energy in the Whisky was truly electric.  This wasn’t the usual LA crowd that staggers in late to catch the show. There was already a line around the building by the time the doors opened at 7:30.

A sold out show that had the Whisky’s top floor reserved for Family and Friends while the bottom level was packed to the edges with all of Wolfie’s fans. 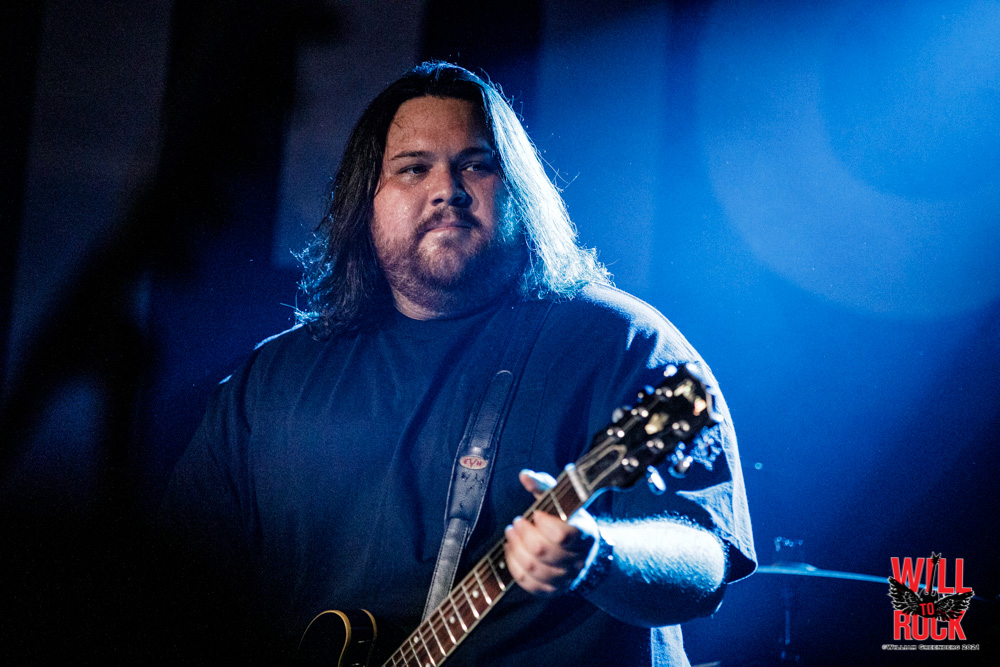 No opening acts this evening, Mammoth WVH took the stage at 9 pm and played about an hour and twenty minute set that covered all the songs off of their self-titled debut album, except for “Circles“, and instead added “Talk & Walk“; a bonus track on the Japanese Import. 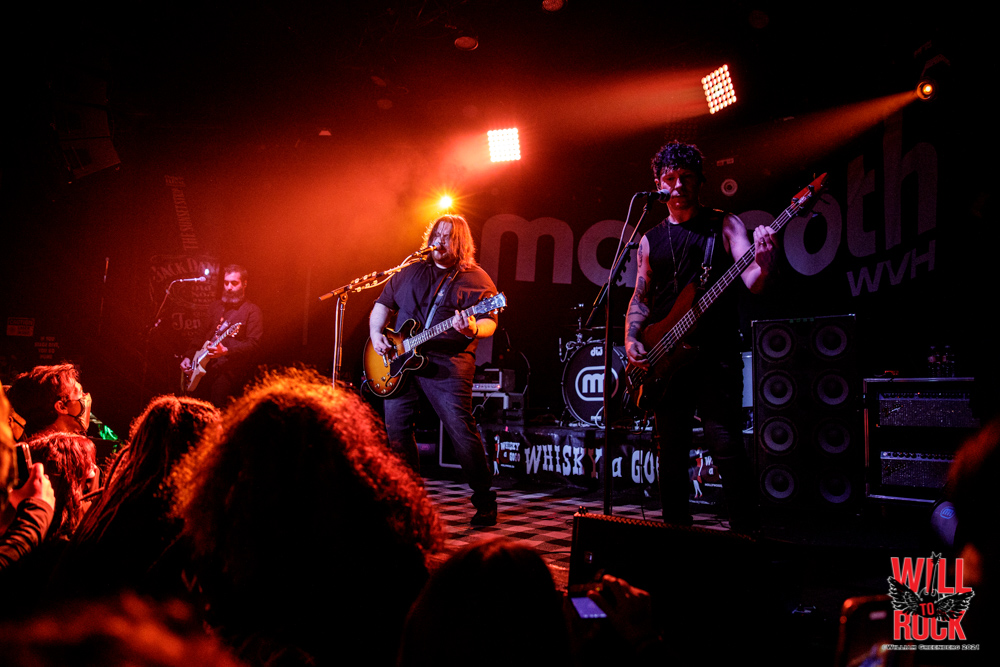 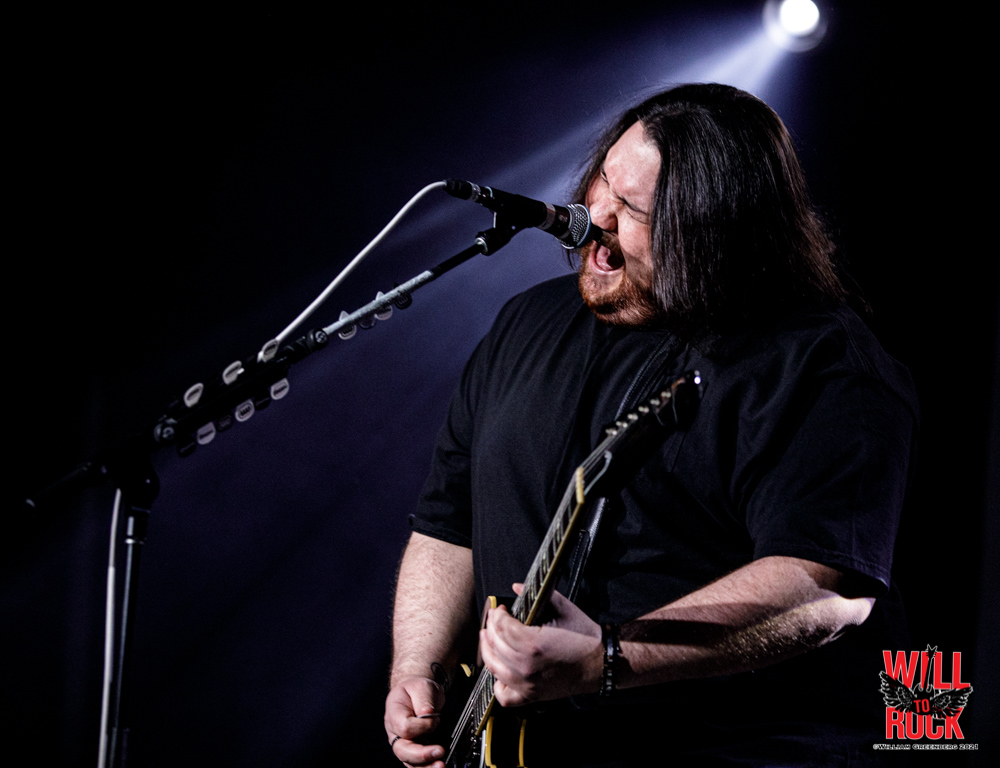 If you had heard the latest news in the Mammoth camp, you’ll know that guitarist, Frank Sidoris (Also from Slash’s band) and his wife Allie were in a serious car crash that has led to Frank having to miss a few gigs while both he and his wife recover.  The first thing that Wolfie mentioned when he took to the mic was that they would be plowing through tonight’s set as a 4-piece and he dedicated the show to Frank and Allie wishing them both a speedy recovery. 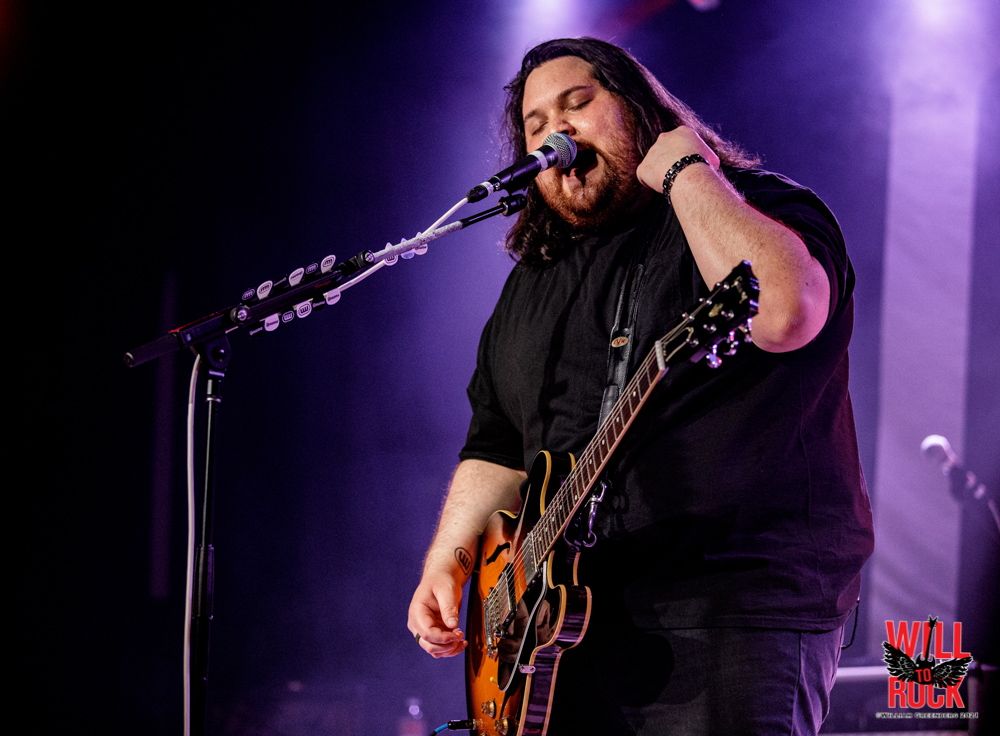 I’ll get to Wolf in a moment, but the touring band that he’s assembled is truly stellar. They’re all really animated on stage. Guitarist, Jon Jourdan rocked out back & forth and provided some really great background vocals.  Bassist, Ronnie Ficarro was probably right at home in the Stadiums on the GnR tour.  He was jumping all over the place like a kid off his ADD meds; his bass certainly got a workout… And Garrett Whitlock was just like a machine on the drums (think more Terminator on crack than assembly line machine). 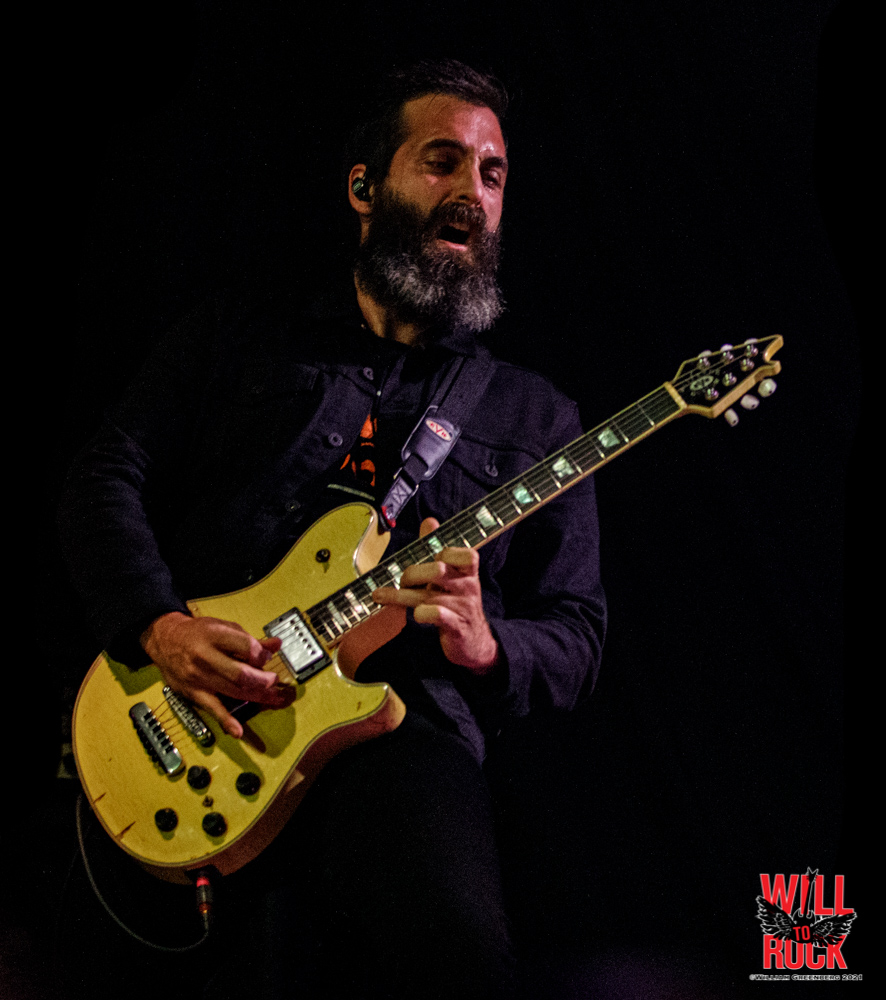 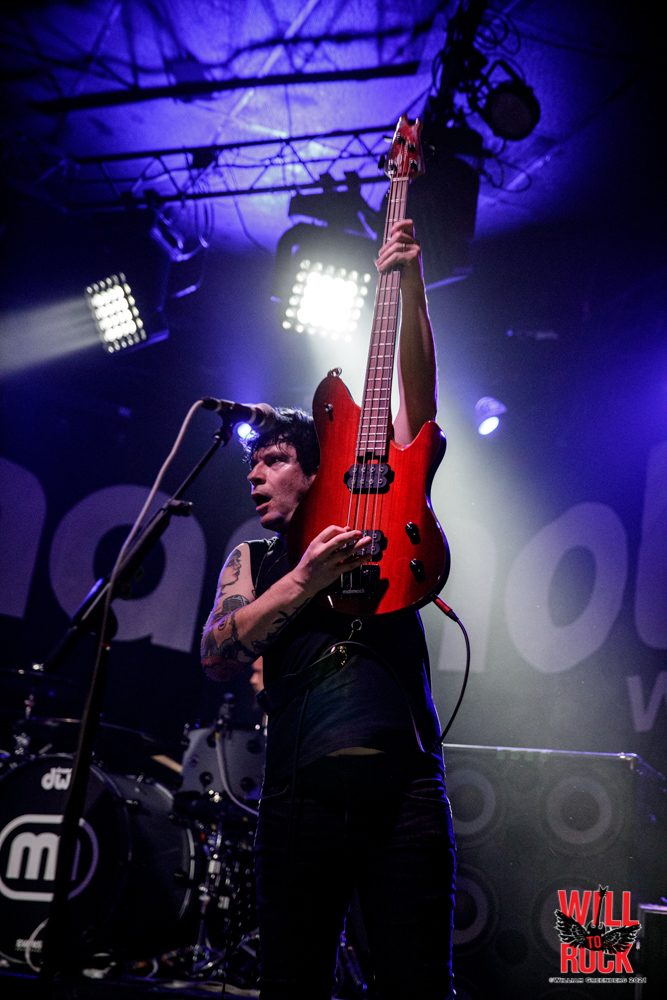 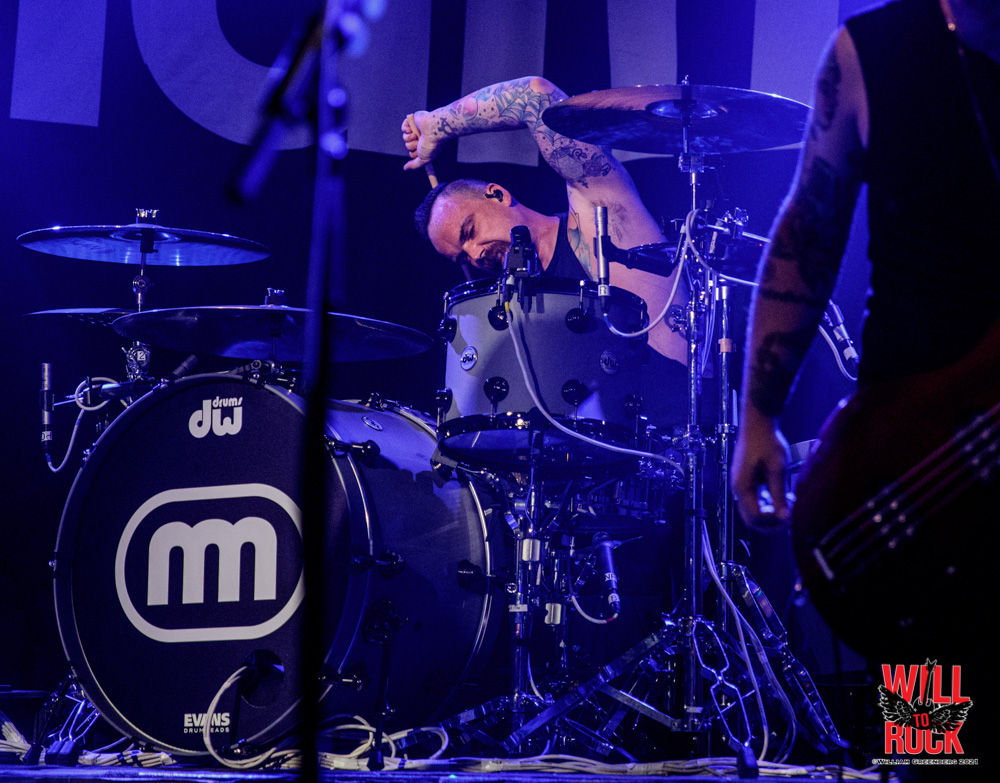 And then there’s Wolf…You probably know he played all the instruments on the album and you can tell this apple didn’t fall far from his tree.  Such a great musician and killer guitarist.  And man, his vocals were spot on.  Such an amazing live voice and all around performer. 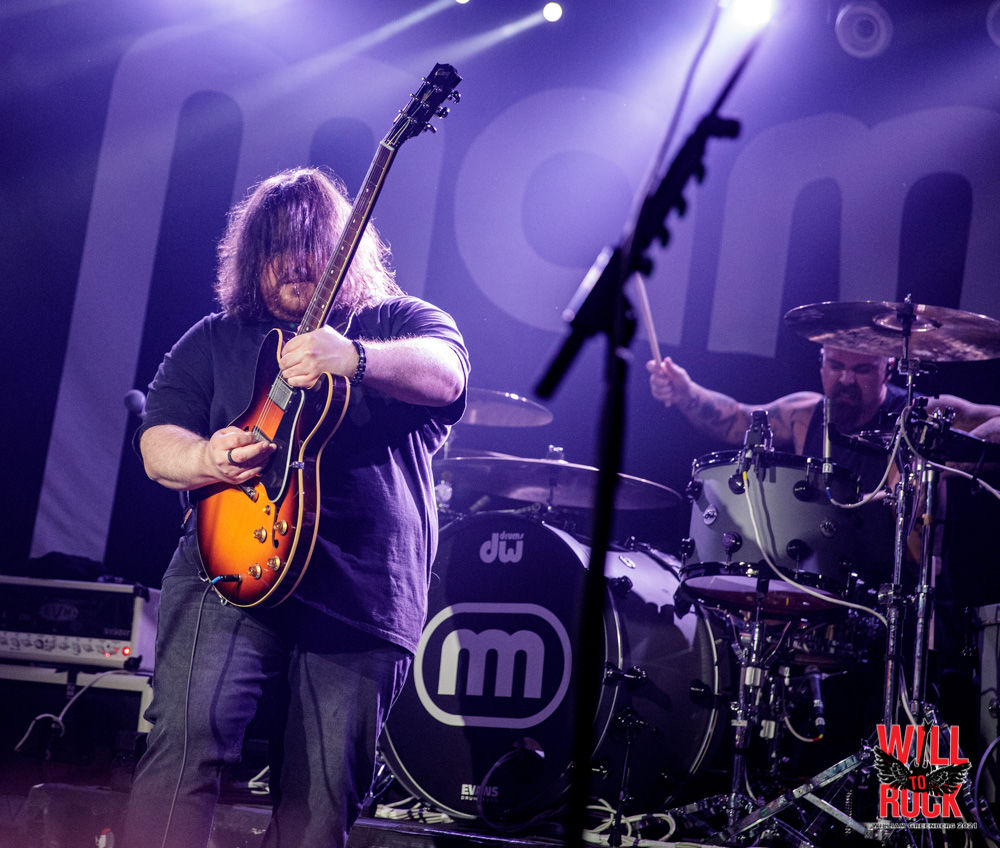 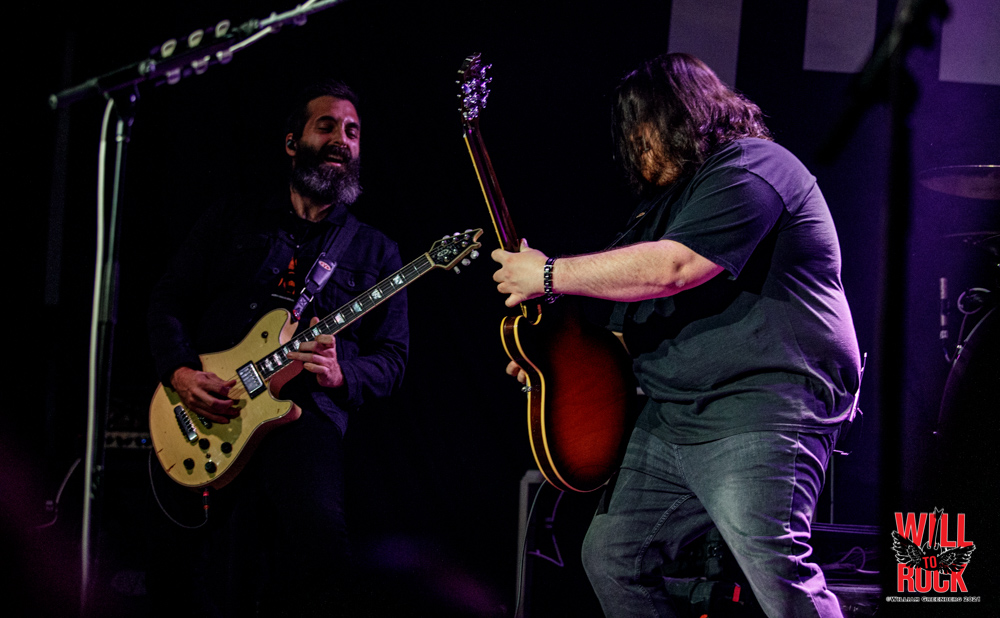 More than a few times Wolfie mentioned that this night just felt weird.  It was their first home town (solo) show in front of a ton of his family and friends.  At one point he said “He would have been here you know. Pops would definitely have been here” 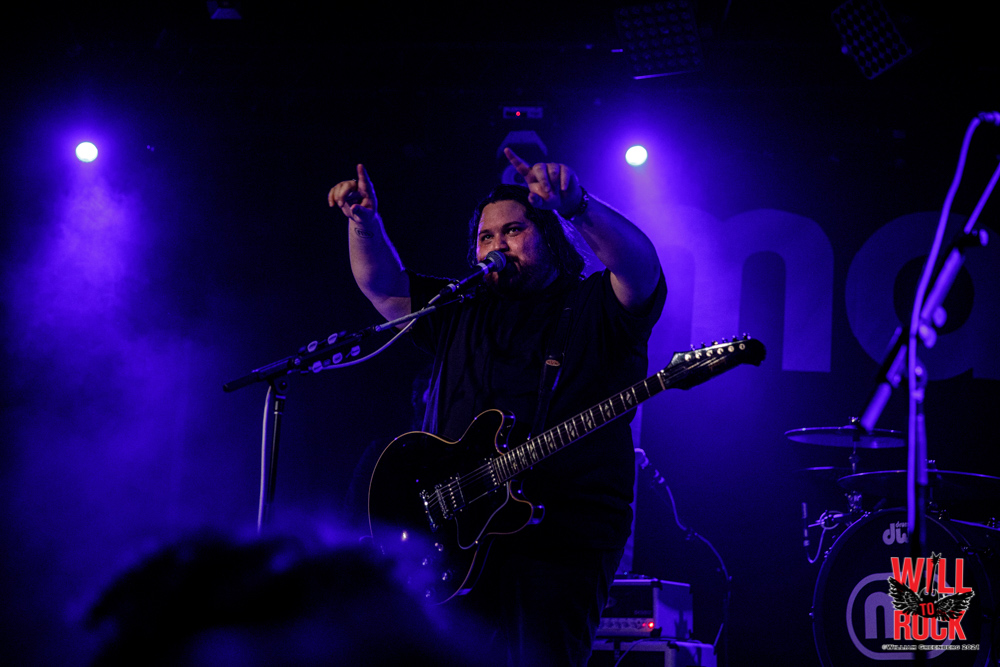 @WolfiesMom was certainly there.  From her perch on the rail, Valerie at one point stood up was raising her arms and started a chant of “Wolfie, Wolfie” before the band even came on.  You could feel the pride watching her son rock the Whisky just like his father before him. 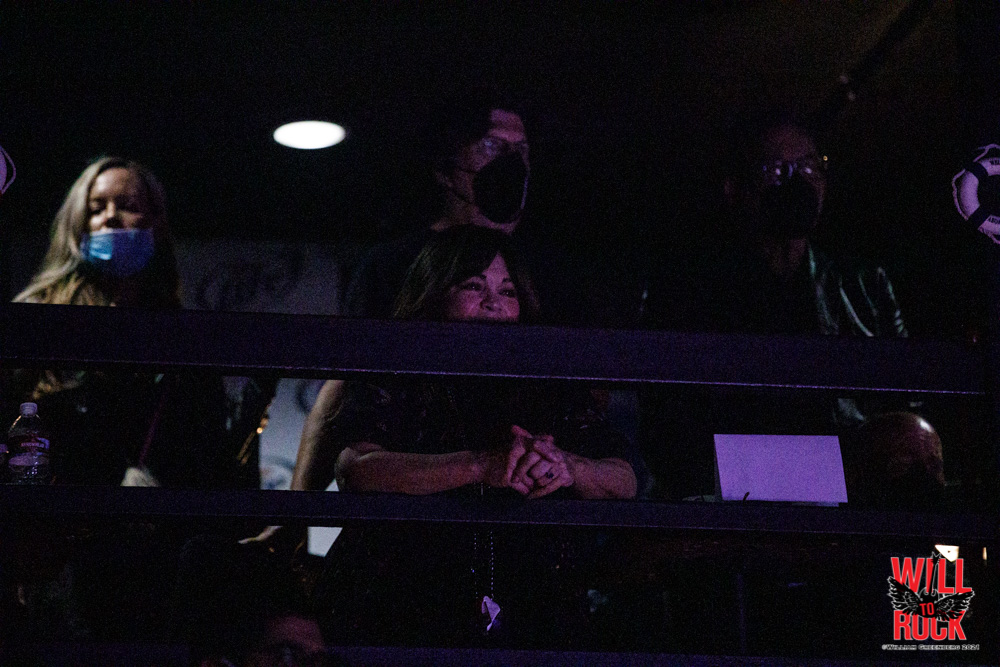 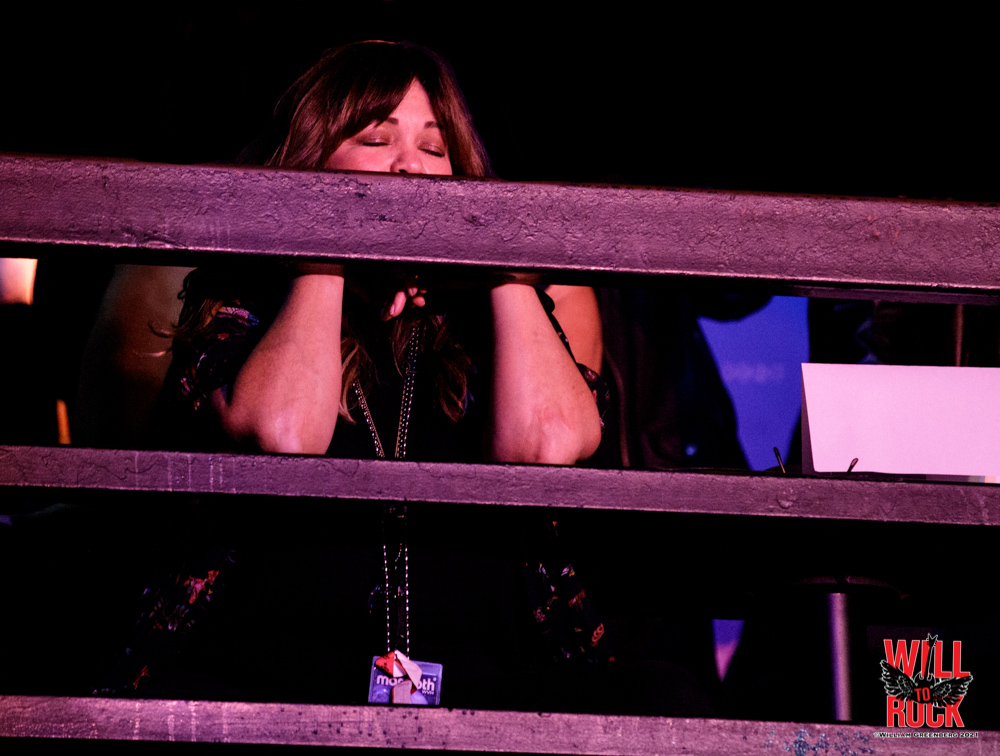 After the main set ended, the band left the stage and returned to chants of “MAMMOTH”! Wolfie announced that his guitar tech would be helping out on the next tune on acoustic guitar, as he introduced “Distance” as “the first song that we released”. 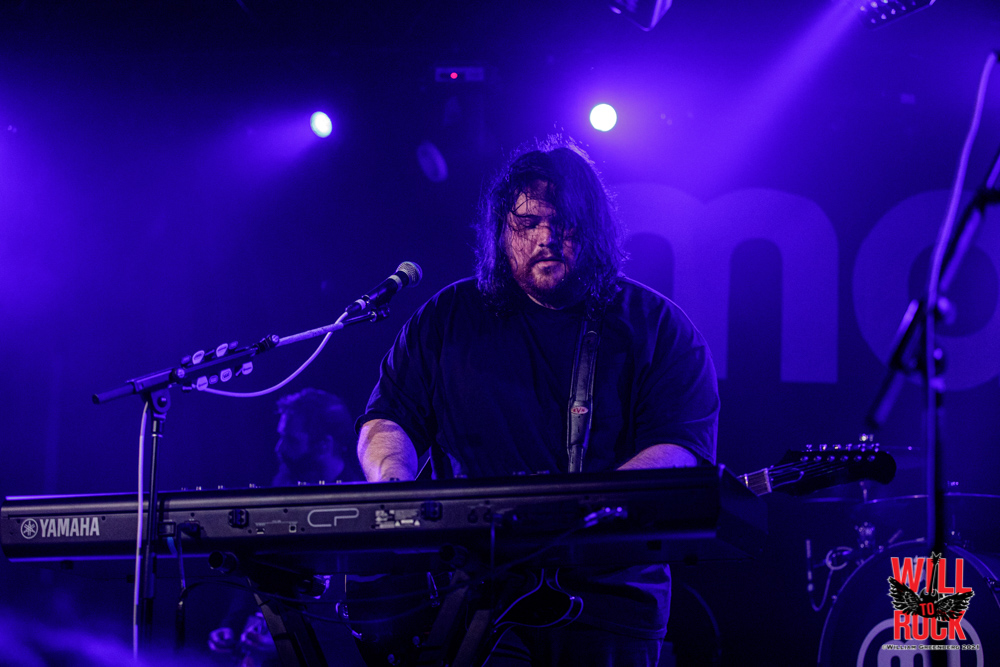 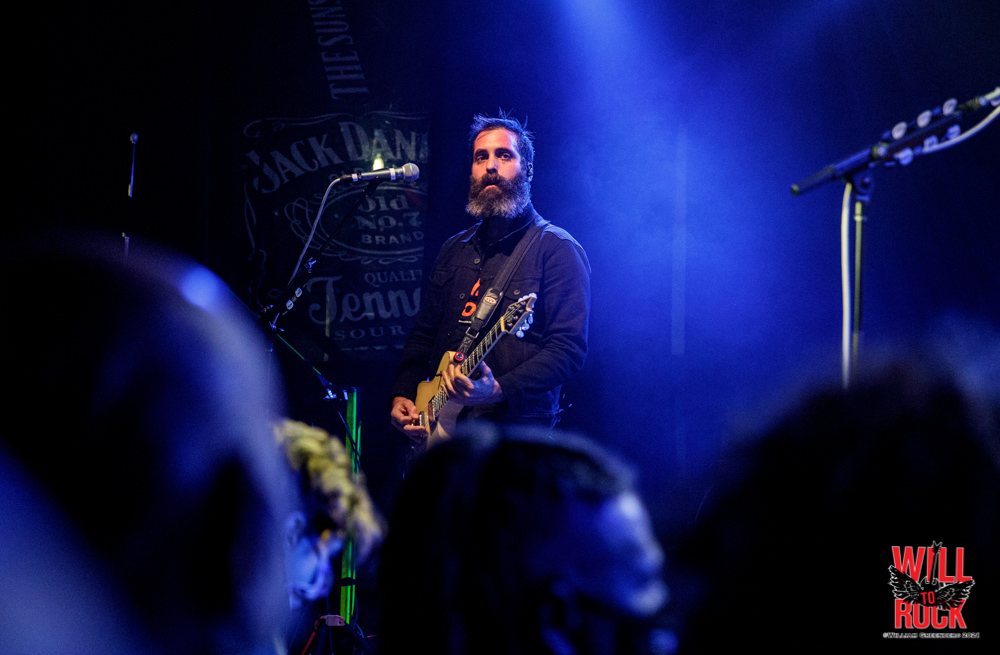 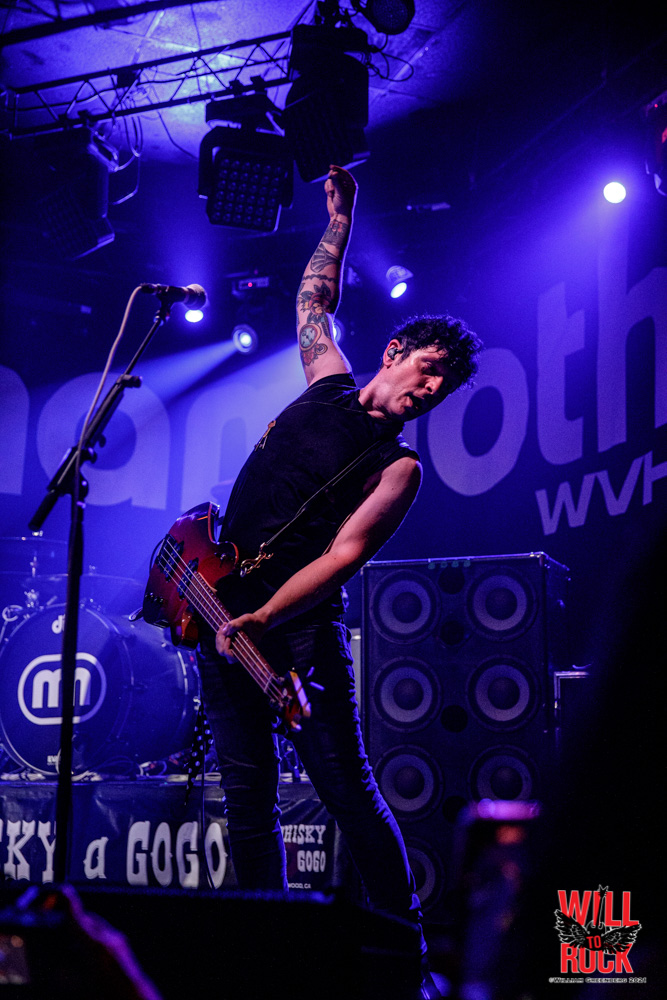 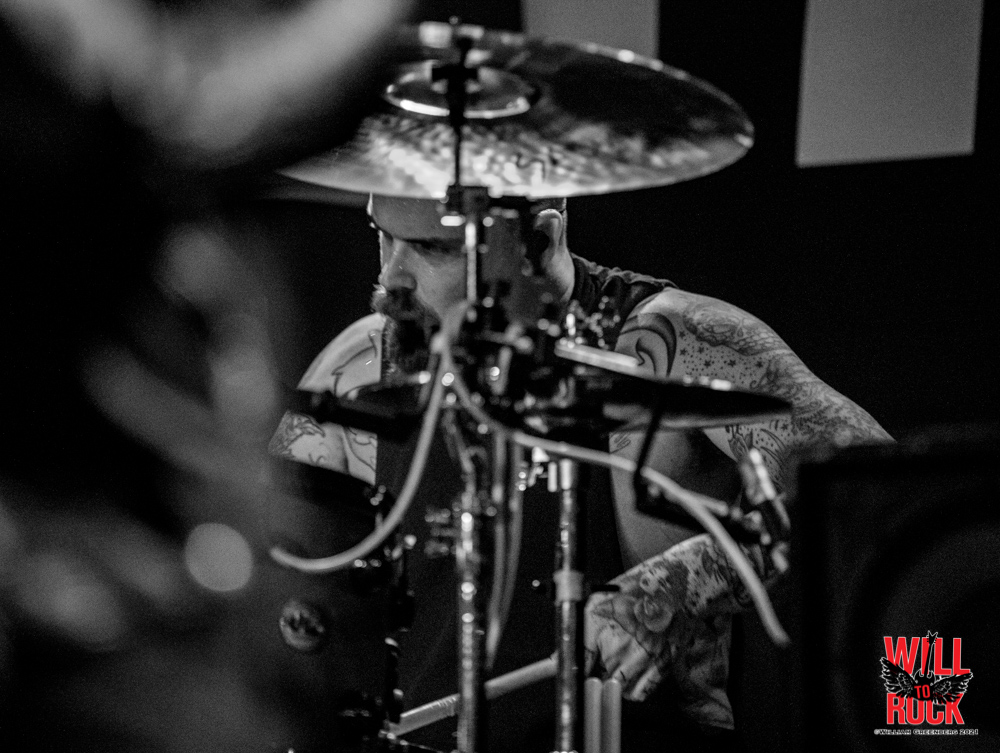 After the reception that the band got last night, I’m sure Wolfie and the gang are thinking today that there’s no place like home.