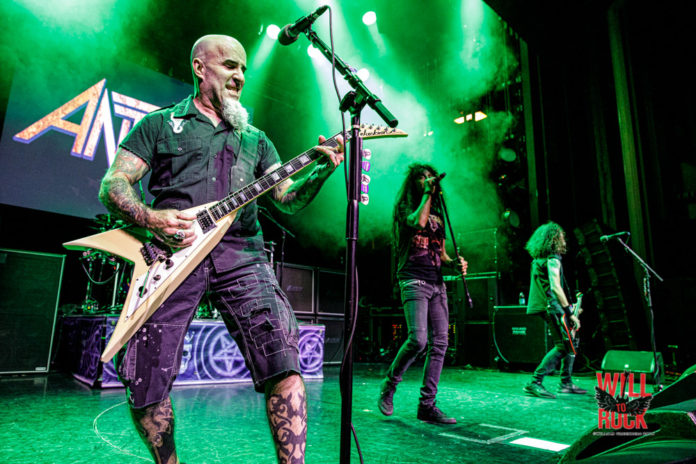 The first time I saw Anthrax was September 15th, 1986 in Belfast, Northern Ireland at The Ulster Hall opening up for Metallica on the “Master Of Puppets” tour.

Scott was still “Not” but had hair (as did I); “I Am The Law” was in the setlist, but “Among The Living” hadn’t yet been released; Dan Spitz was the guitarist ripping out the solos instead of making watches; and I was an hour away from seeing the great Cliff Burton Live for the first and last time.  He died two weeks later in that fateful bus crash in Dörarp, Sweden. sigh…… 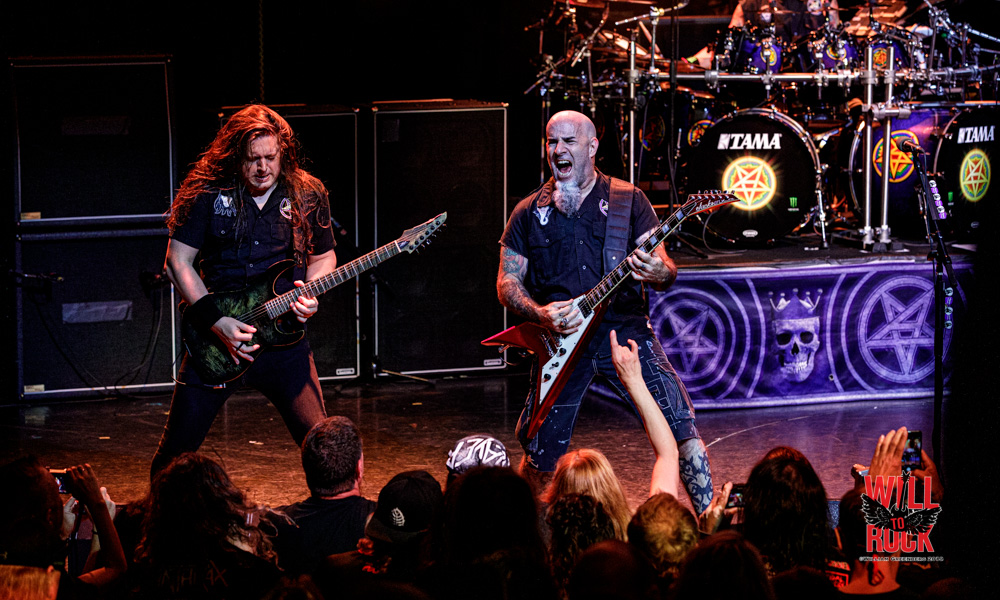 Fast forward Nine Albums, a handful of guitarists, Two singers (Was Dan Nelson a dream?!) and the anticipation of once again seeing my favorite band out of the Big 4, while gently swaying back & forth on a boat.  The more things change, the more they stay the same.  Anthrax fucking killed both of their shows on the boat.  They transported me back to the days when I was a headbanging maniac, screaming out the words to the likes of “A.I.R” and “Medusa” while WAR DANCING and thrusting my fist in the air while shouting “DROKK IT” as loud as my lungs would allow. 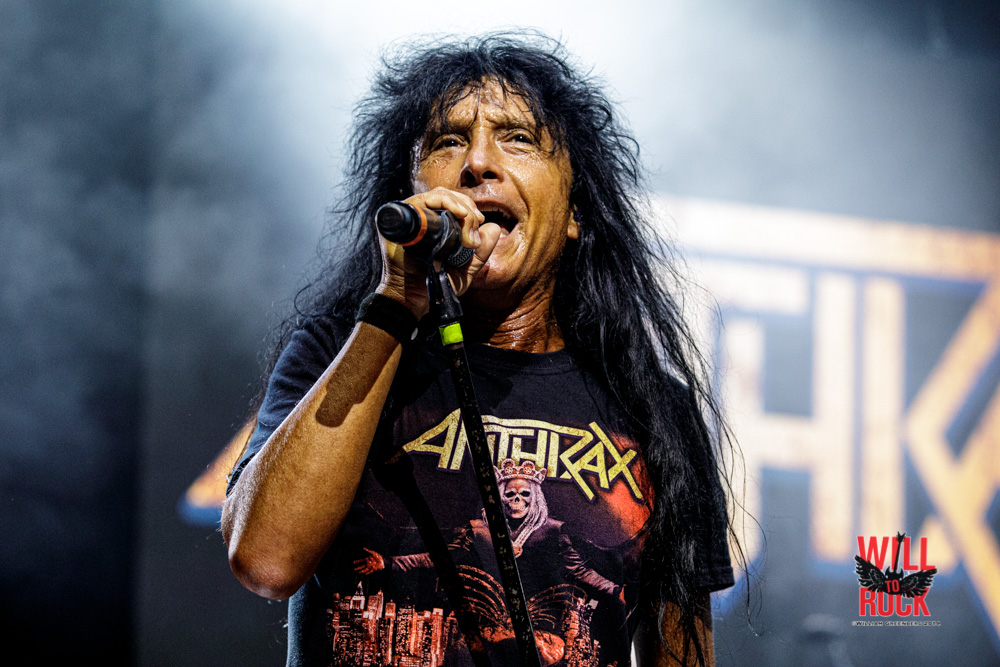 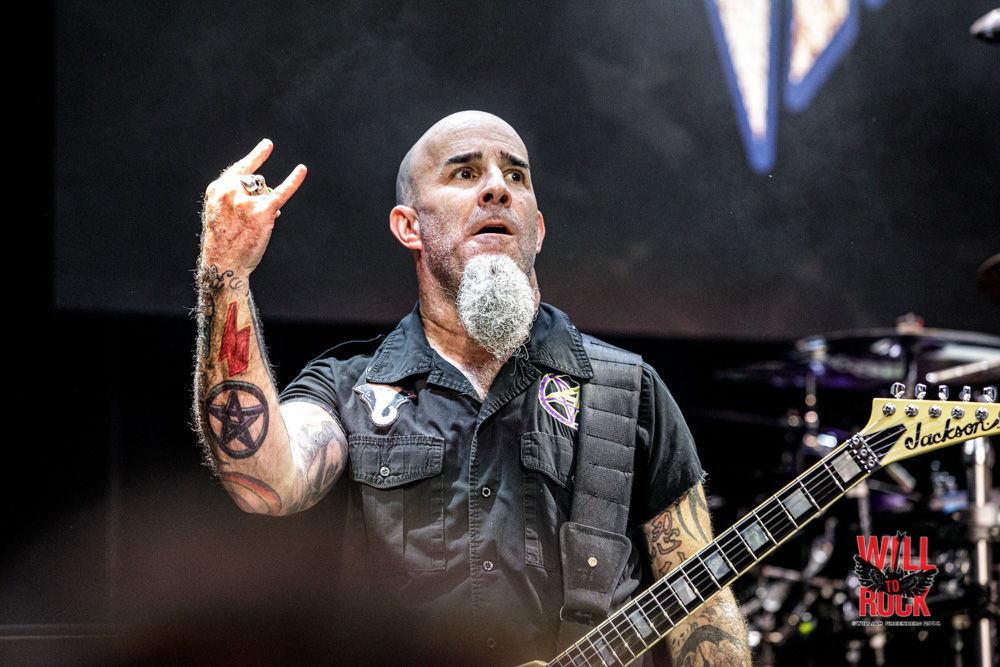 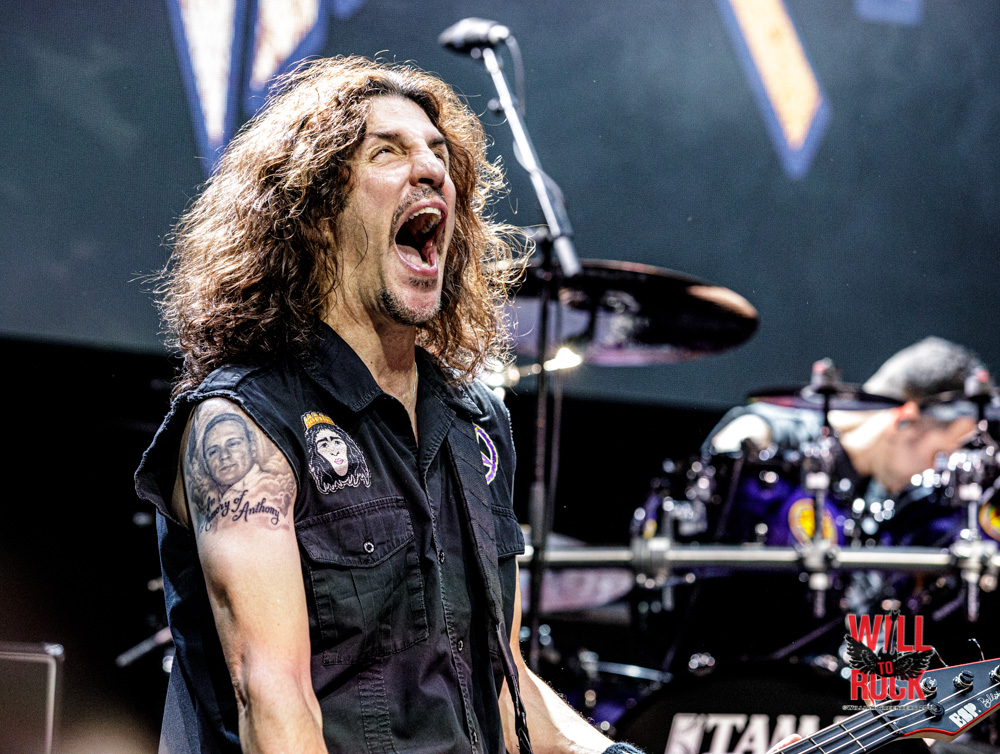 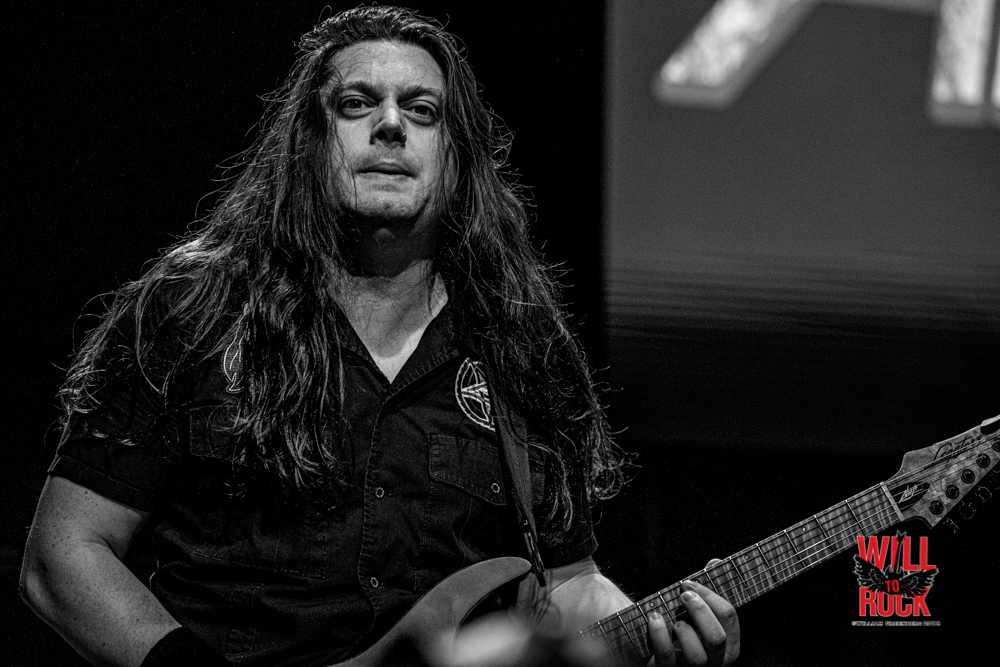 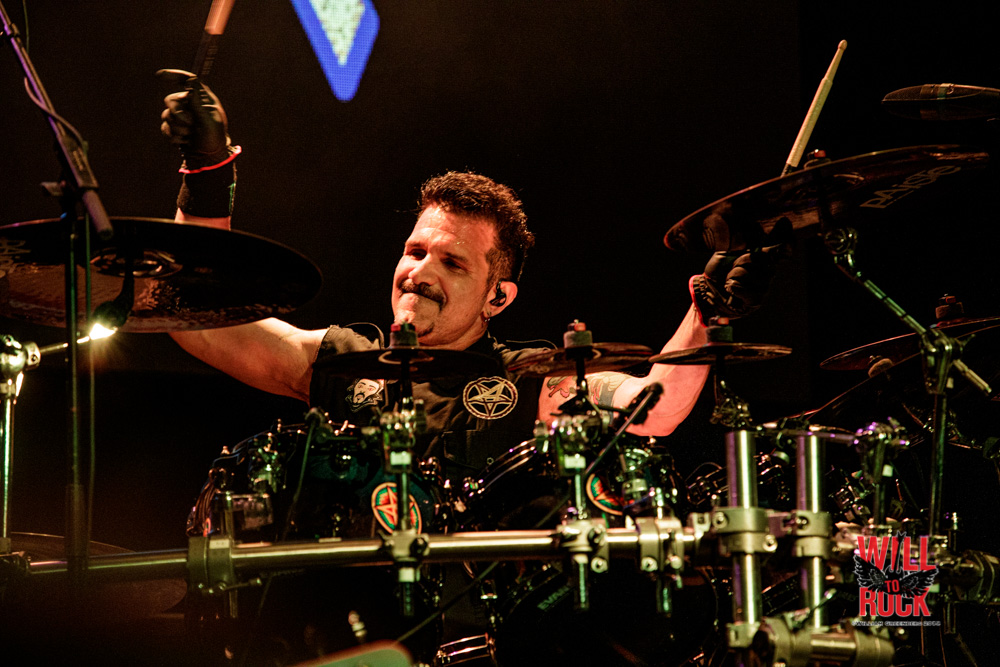 This is a band that constantly fires on all cylinders.  I’ve seen them a bunch of times throughout the years and they don’t cease to amaze me.  Scott Ian is still chugging the shit out of that rhythm guitar, and still making those awesome jumps across the stage. 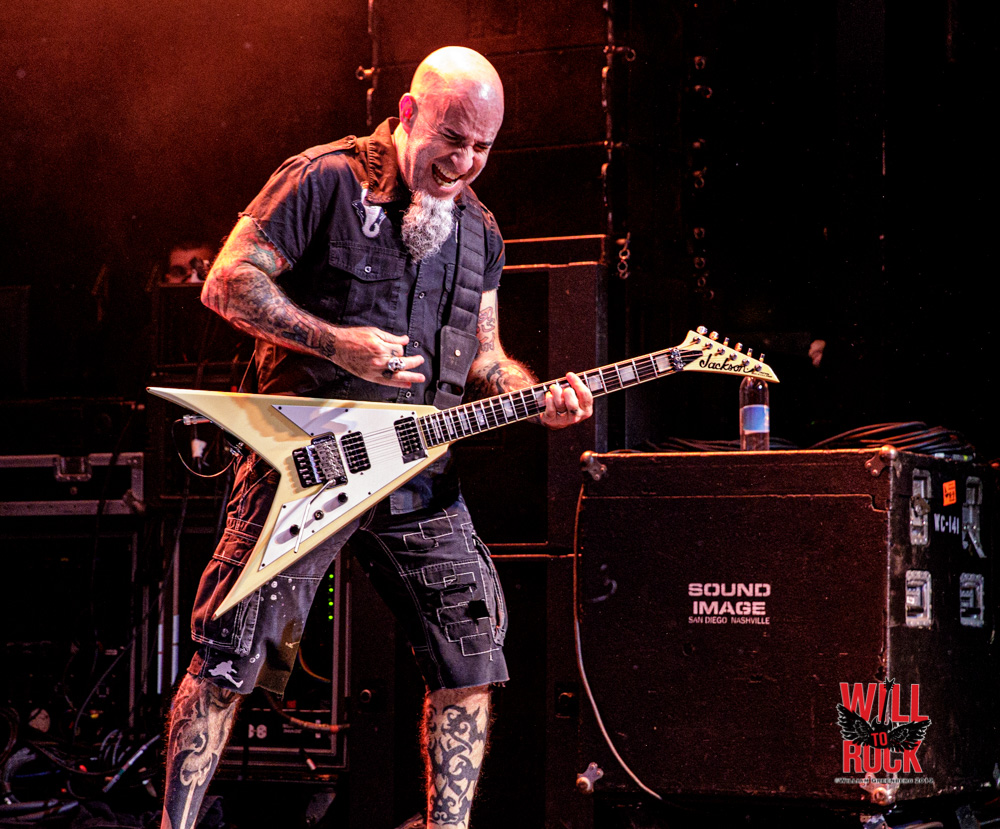 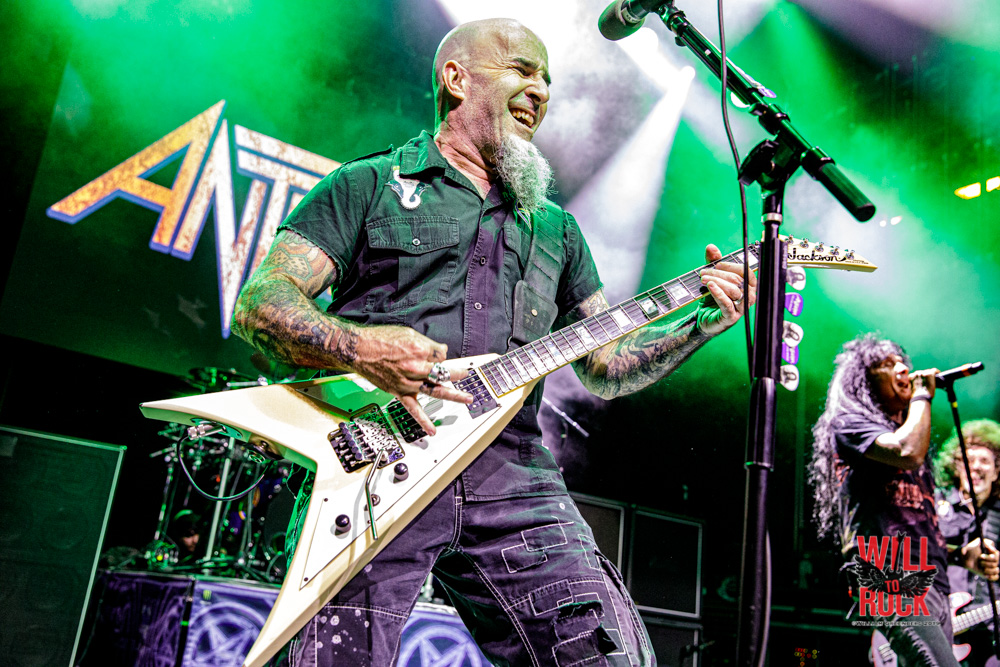 Joey Belladonna’s voice still holds up, he’s hitting some notes he shouldn’t be and he’s amazing with the fans on and off stage. 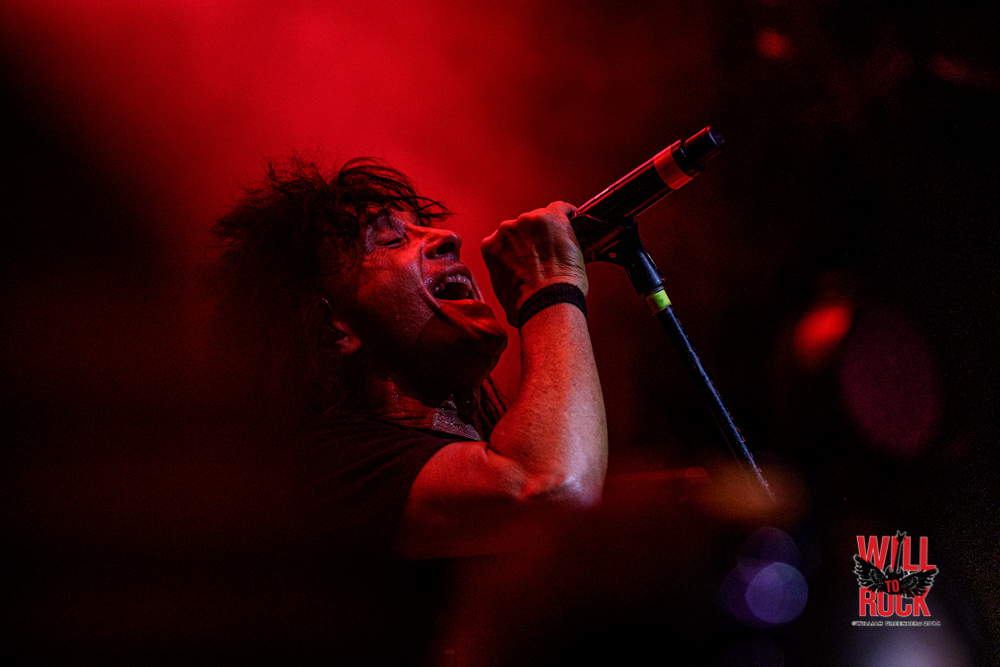 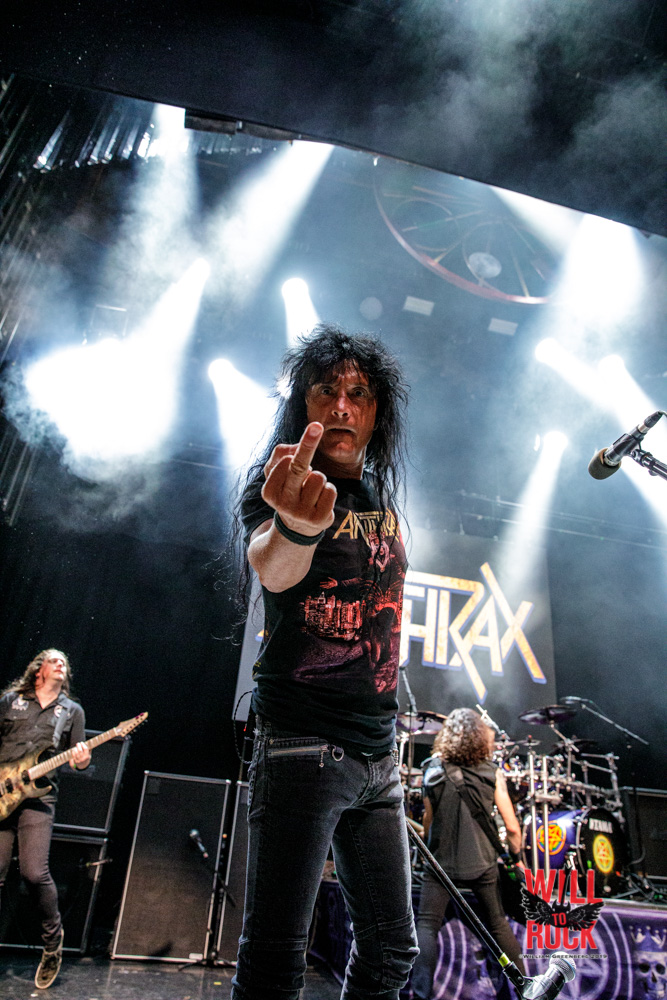 I still consider Charlie Benante one of the most underrated drummers around.  He makes what he does look effortless. 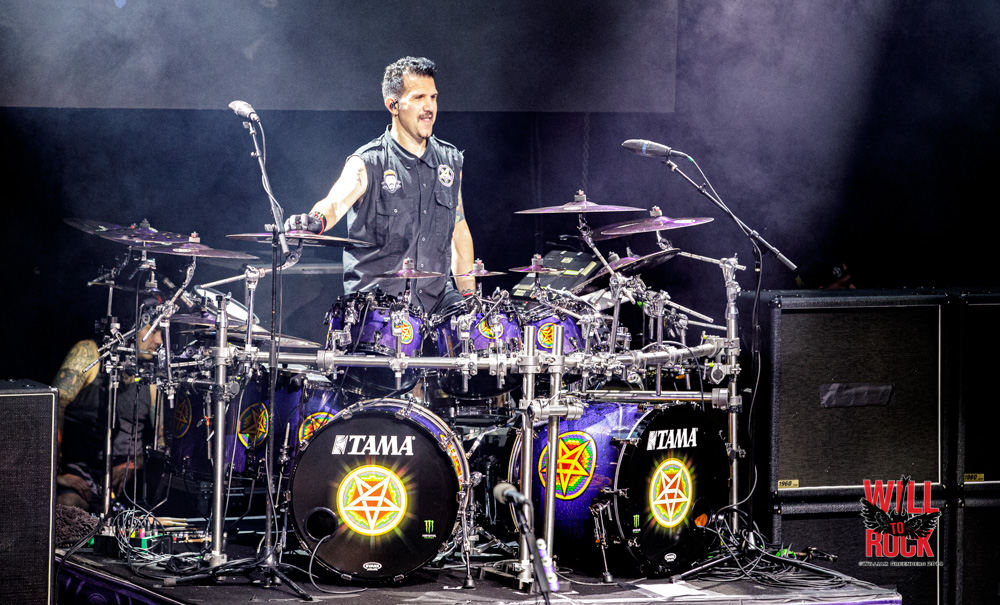 Jon Donais headbanged throughout the set and is the most restrained member of the band. He leaves the limelight to the rest of the lineup, but is still one amazing lead guitarist. 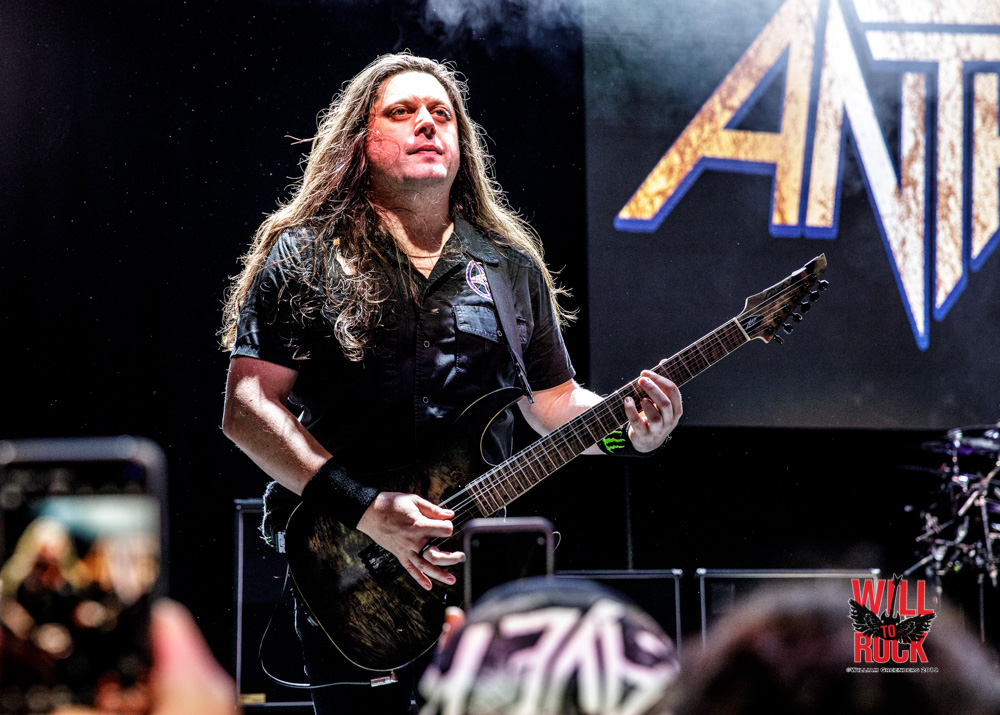 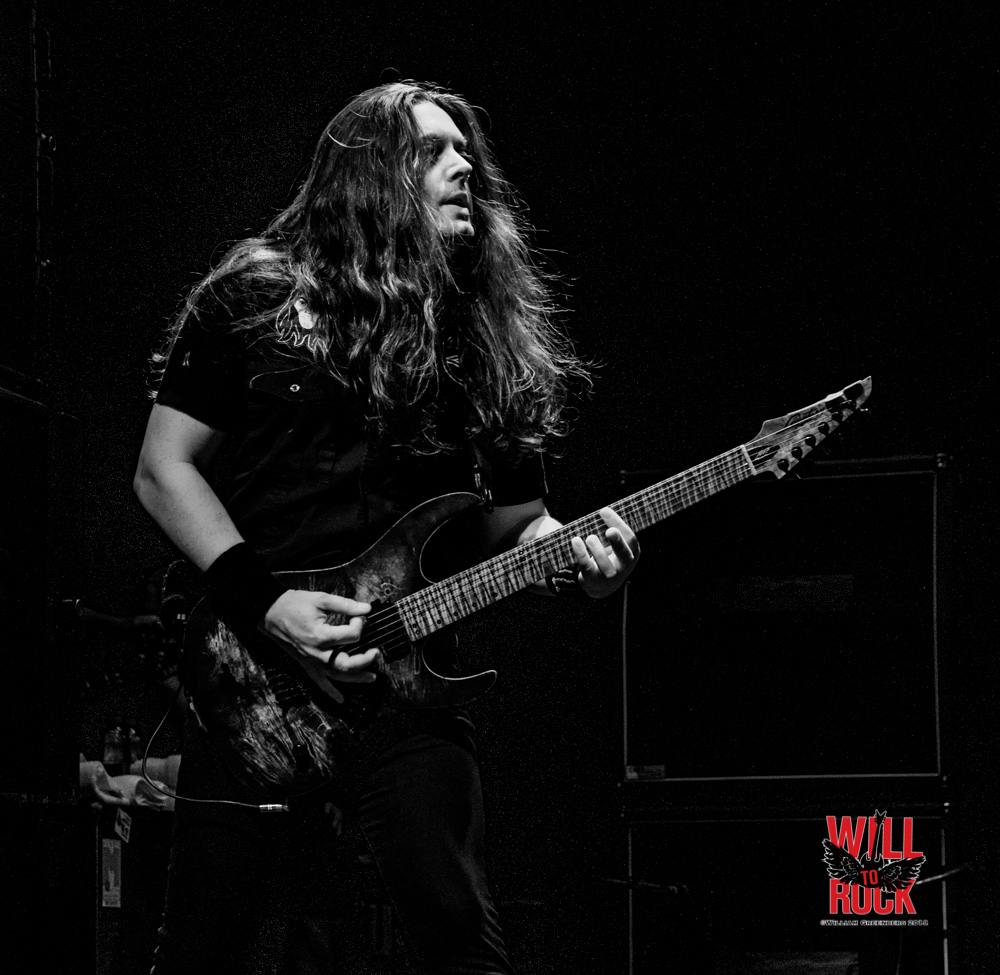 And Frankie… Frankie Fukkin’ Bello… is a BEAST!  He’s a dream to watch and photograph.  By far one of my favorite bassists.  Stomp, Stomp, Stompin’ around with his low slung geetar, contorted face and not one ounce of energy kept within.  He puts it all out there and is a major focal point of any Anthrax show. 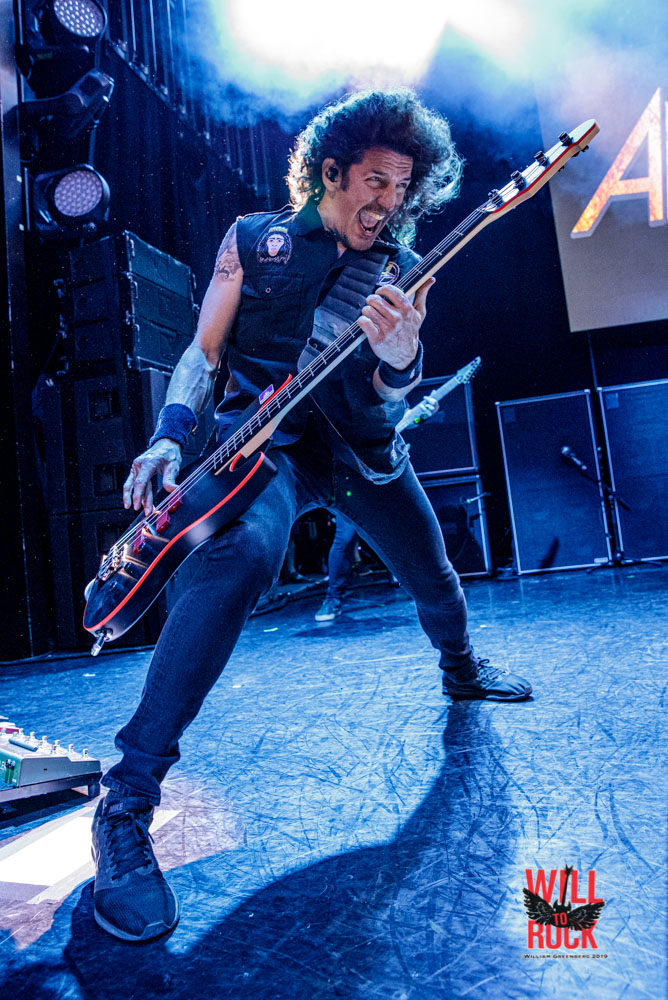 The setlist was all over the place, and between the two shows had enough diversity for old and new (Belladonna era) fans alike.  After Maiden’s “Number Of The Beast” finished blasting out loudly over the speakers, Jon, Scott and Frankie appeared front and center to chug out the opening riff to Pantera’s “Cowboys From Hell” leading right into “Caught In a Mosh“, and off they went… 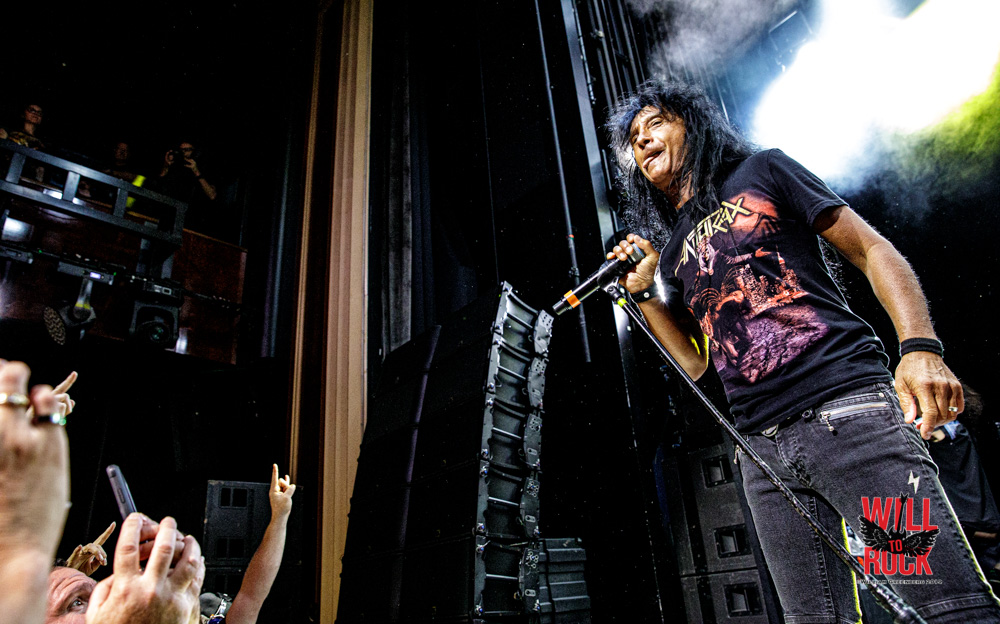 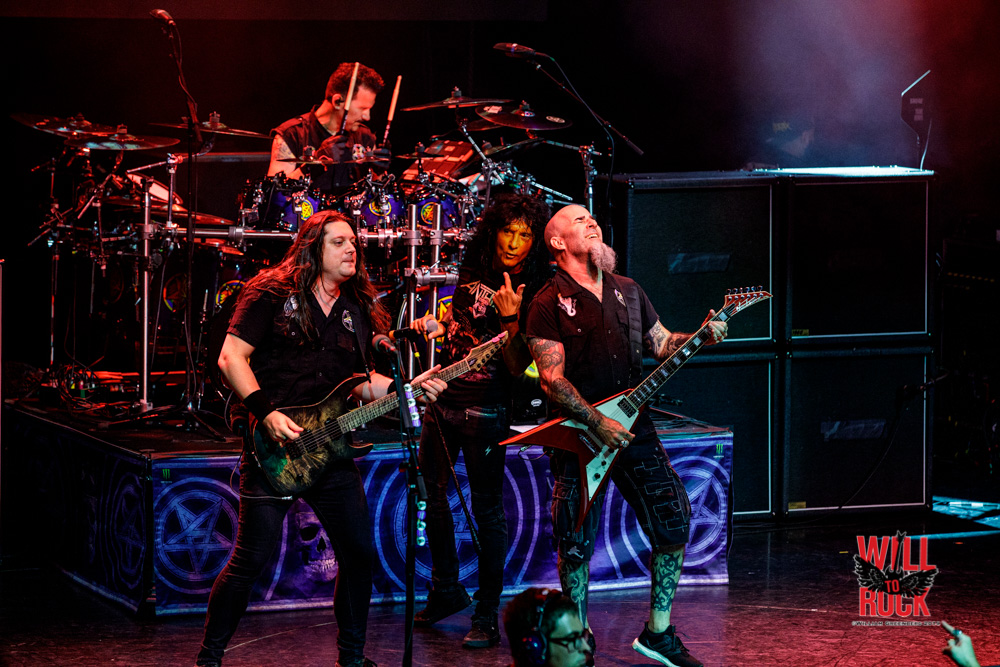 A whirlwind of classic thrash songs that just wouldn’t stop…  Joe Jackson’s, “Got The Time“, “Madhouse“, “Be All, End All“, “I Am The Law“, “N.F.L.”, “Now It’s Dark“…  barely time to catch your breath. It slowed down just a tad as Horns were raised in praise for the two late, great Metal legends, Ronnie James Dio and Darryl “Dimebag” Abbott as “Hymn 1” led into “In The End“. After Joey ripped the roof off the boat with”A.I.R.“, the band closed out their set with the Trust classic, “Antisocial” and finally “Indians“; ending the show as they started with the reprise of the “Cowboys From Hell” riff as their outro. 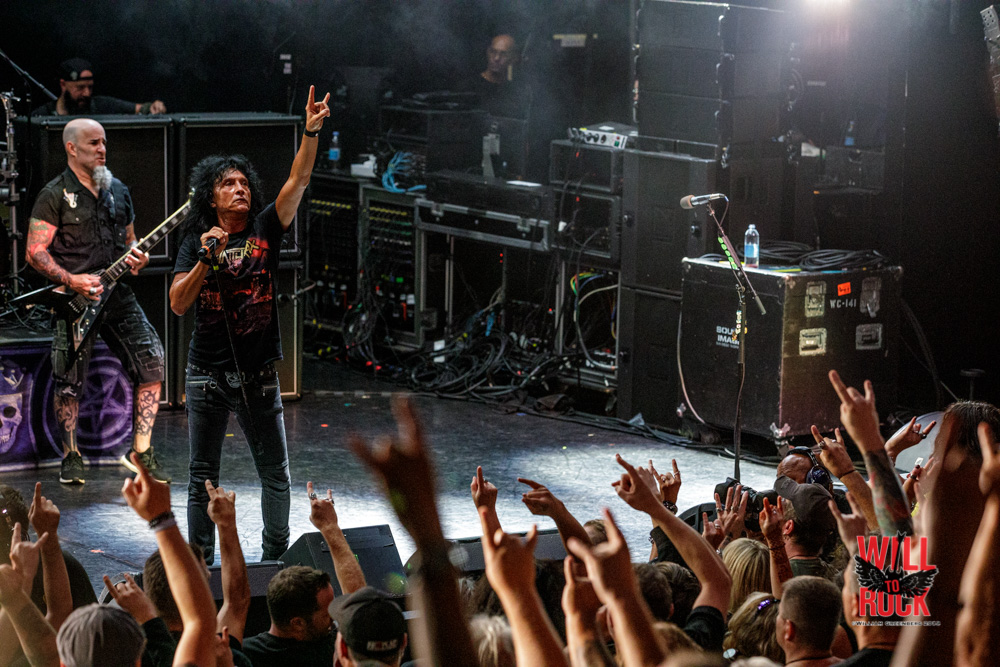 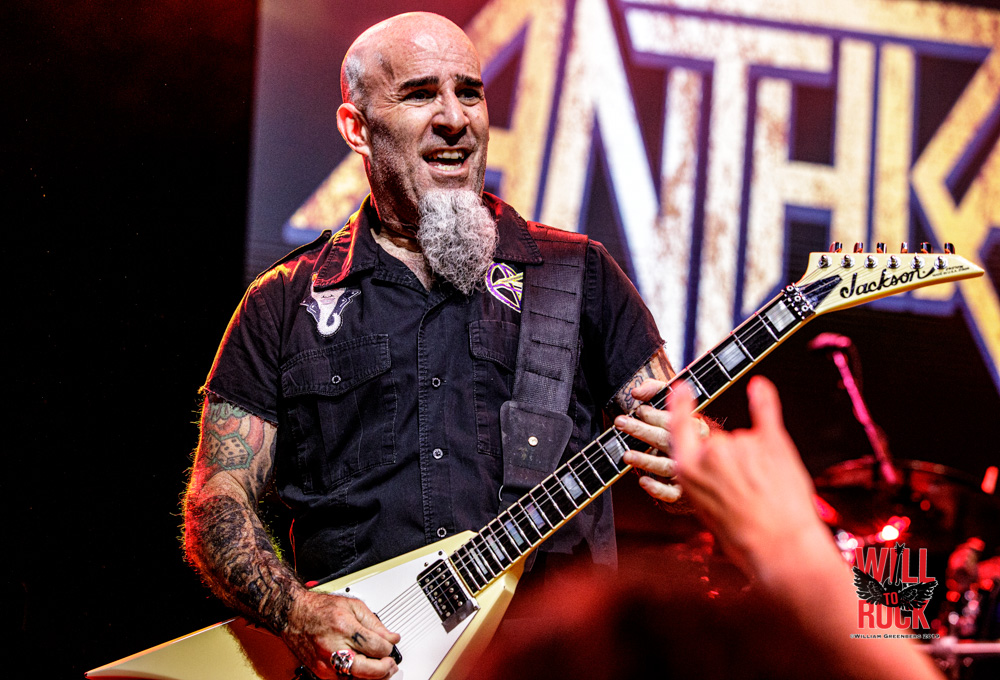 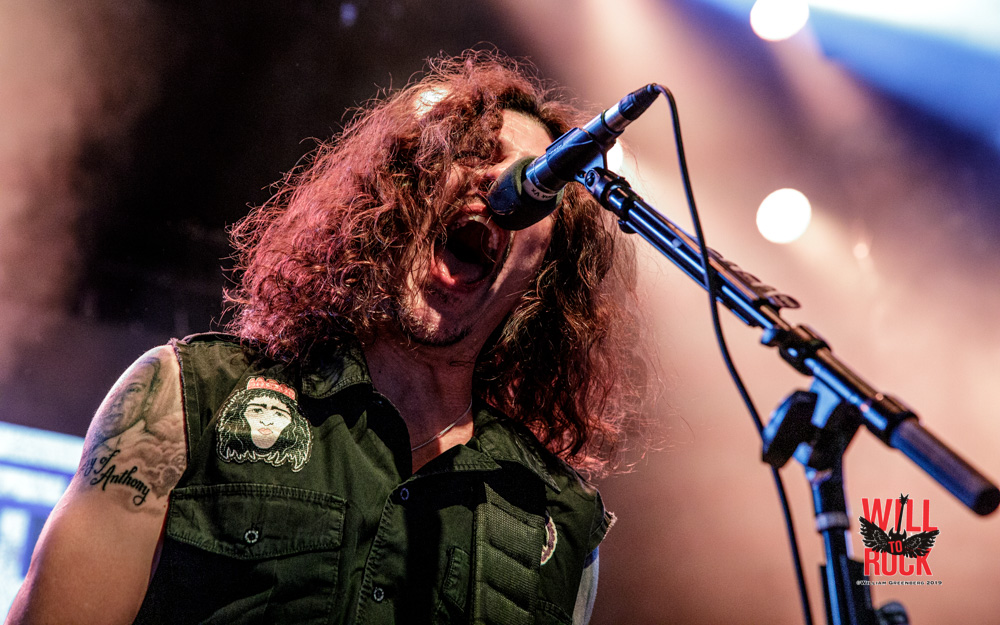 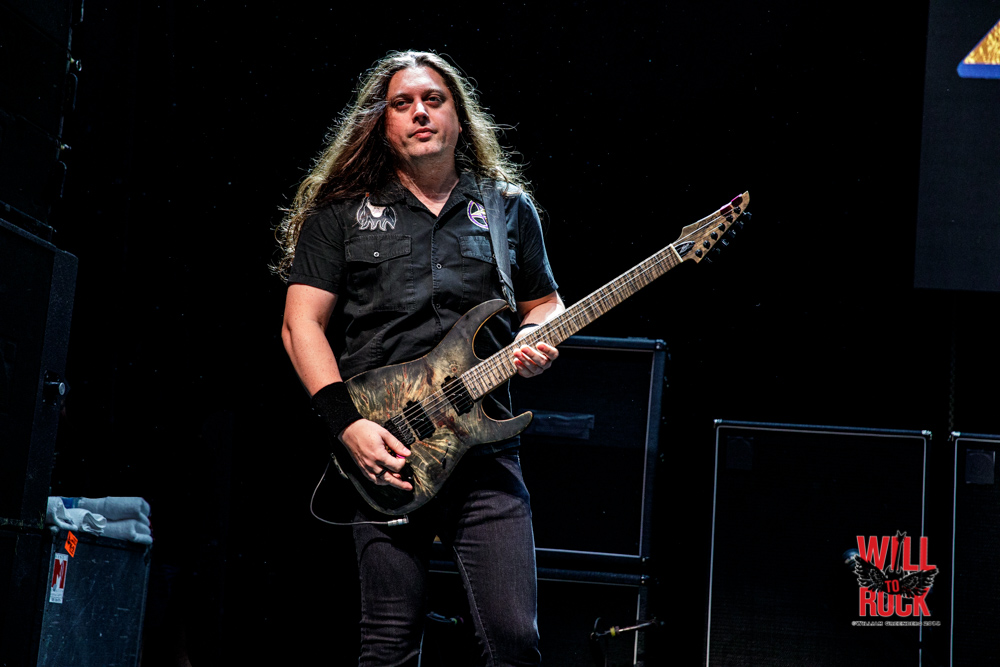 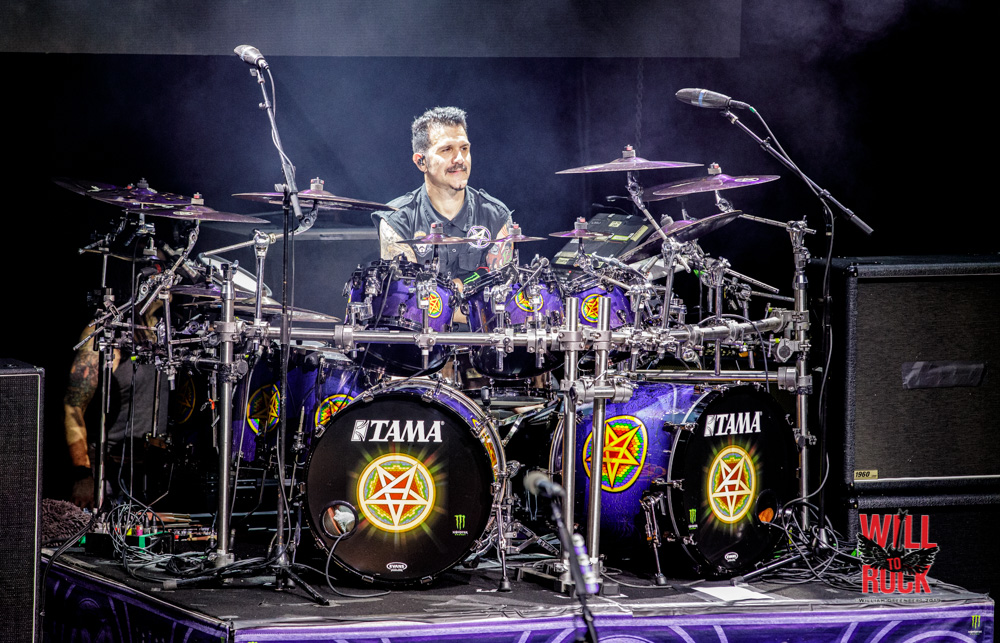 This was one of the bands that I marked on the schedule as “MUST SEE BOTH SHOWS” and it was a decision I did not regret.