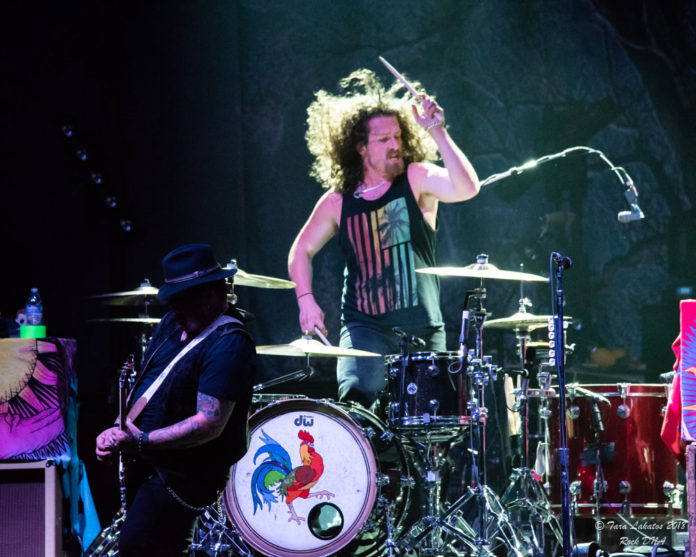 The Southern Rock Train carrying Gov’t Mule and Black Stone Cherry rolled into the Sands Event Center in Bethlehem, PA on April 18, 2018.  This was the first stop on their spring tour.  This concert was made up of two incredible bands in the same genre with two completely different styles.  I would call this the Jekyll and Hyde tour of the Southern Rock persuasion.  Black Stone Cherry is explosive and in your face while Gov’t Mule sits back in the pocket.  Both bands delivered solid performances and gave the fans a night to remember. 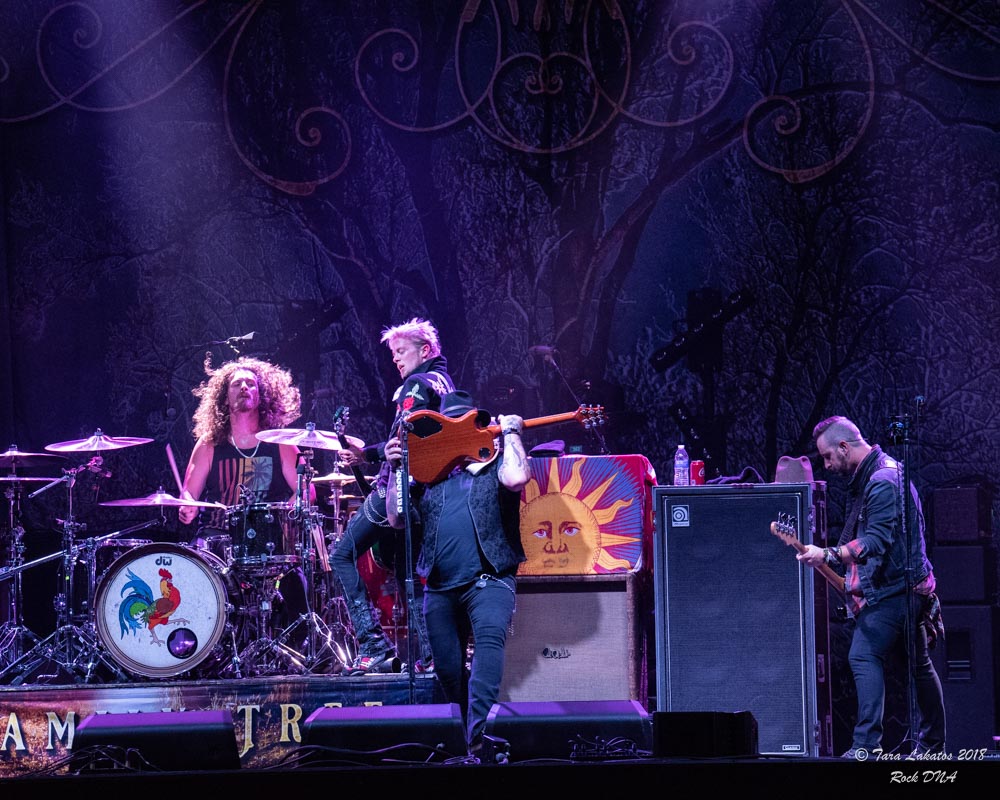 Black Stone Cherry (BSC) is touring in support of their album “Family Tree” which is being released on April 20, 2018.  BSC is comprised of Chris Robinson (vocals/guitar), Ben Wells (guitar/vocals), Jon Lawhon (bass/vocals) and John Fredrick Young (drums).  They opened up their set with Bad Habit from their new release.  This song starts off with a bluesy, vibrant guitar riff and a drum beat that sounds like Lenny Kravitz is going to bust onto the stage.  If there is one thing that separates BSC from other southern rock bands it’s their insane energy.  Chris belts out the vocals while playing leads, Ben runs from one end of the stage to the other while doing ninja like kicks, Jon goes from crowd interaction to grooving with John Fred, while John spends a portion of his time drumming while standing. 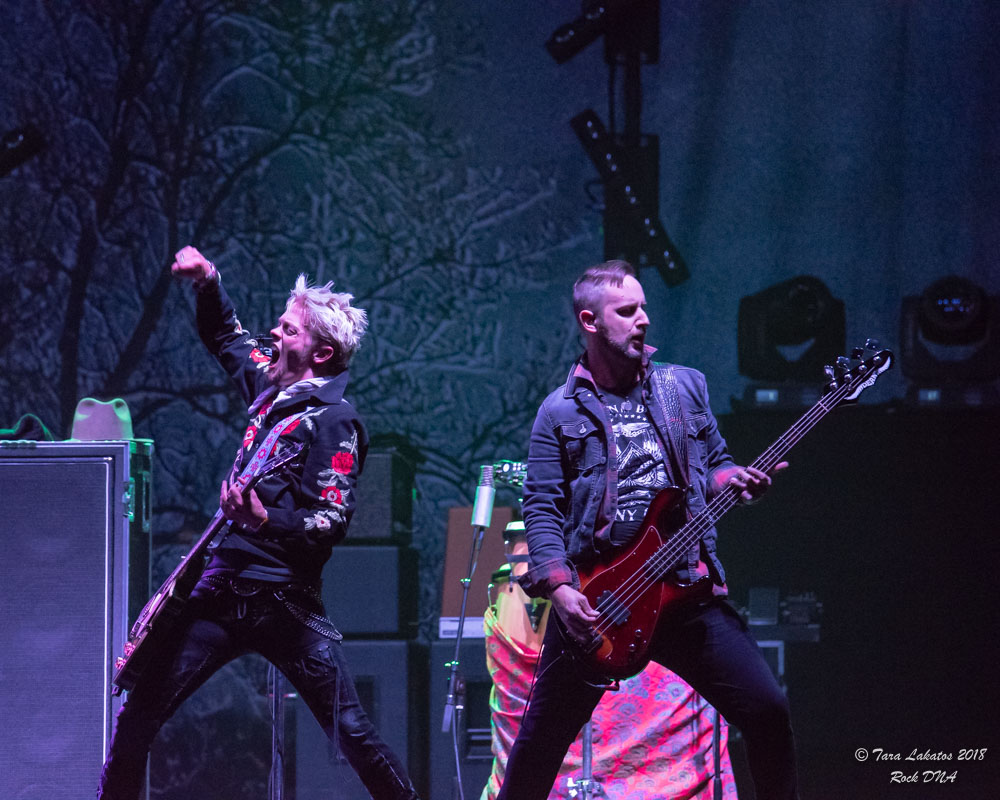 Since a majority of the audience was there to see Gov’t Mule, I am not sure they knew what to think when they saw how explosive the opening act was.  I heard one guy remark between bands that he wished they didn’t move around so much and that they just stood there and played.  I was kind of flabbergasted since that’s a big part of who BSC is. 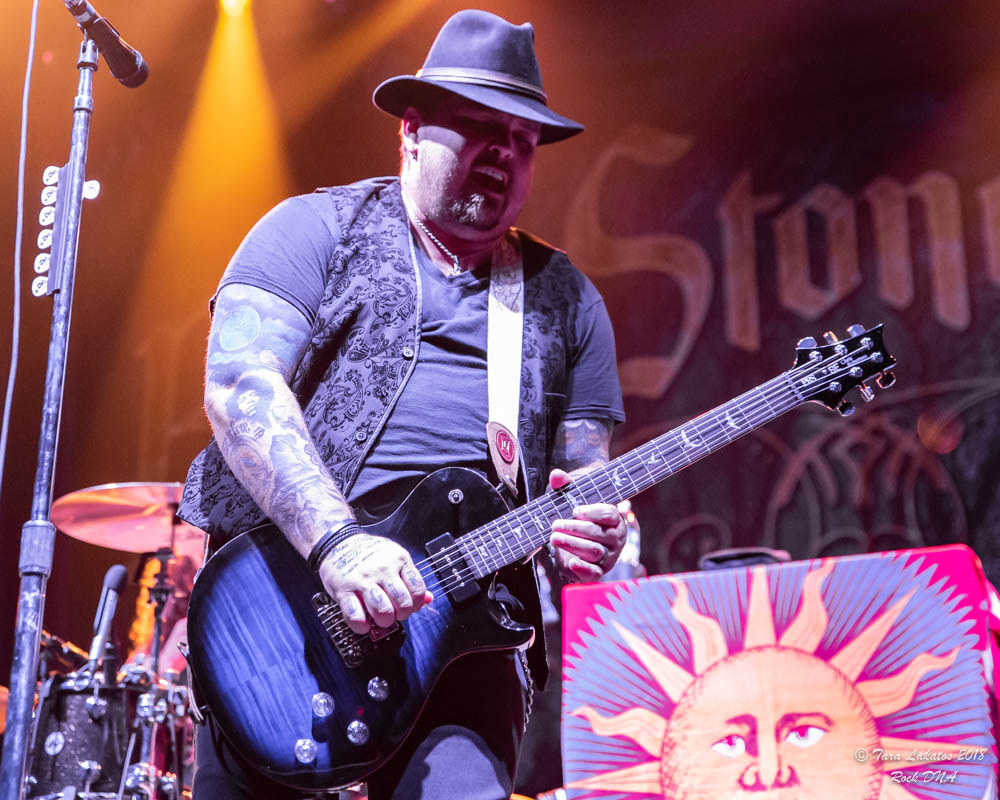 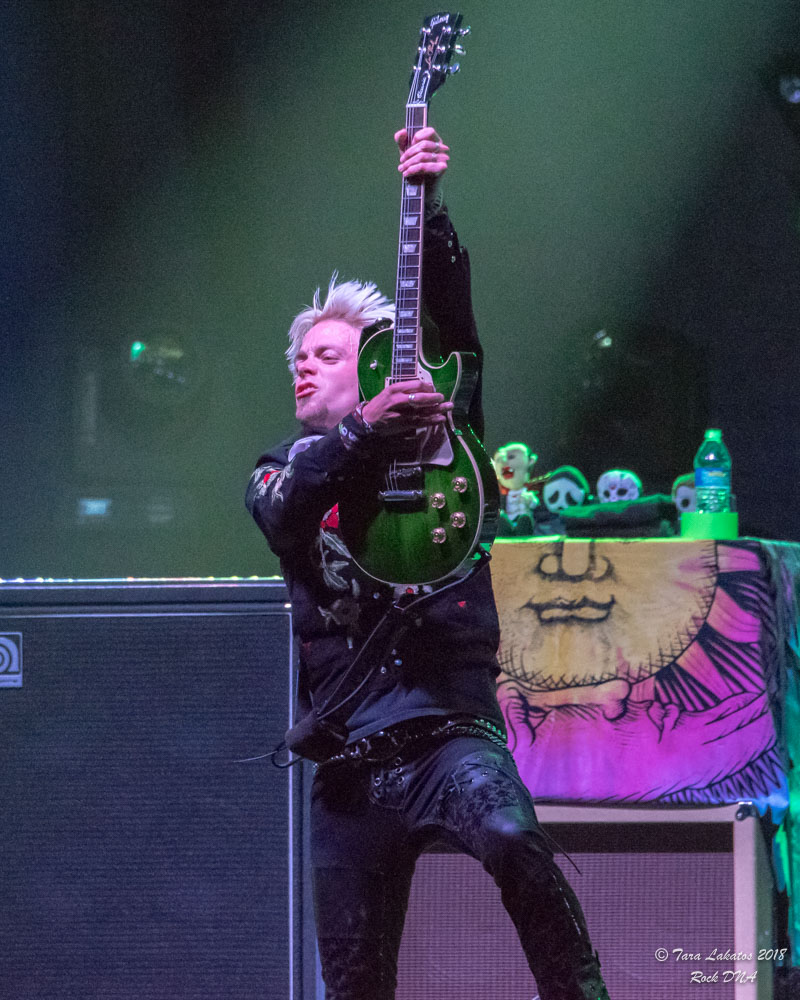 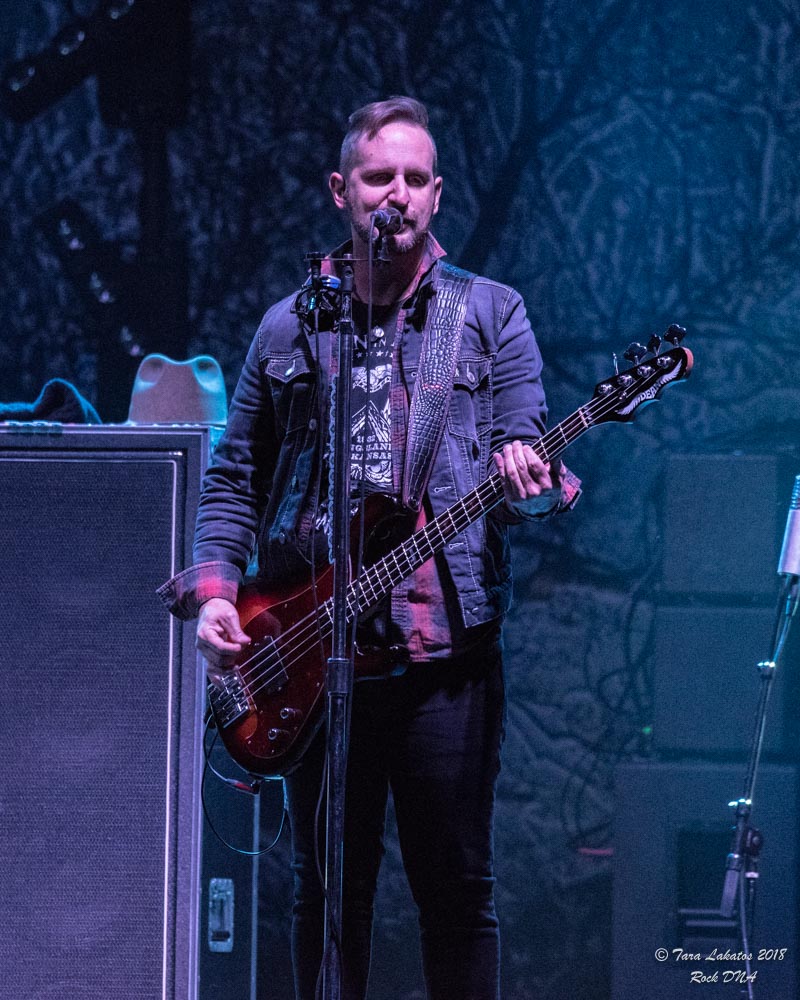 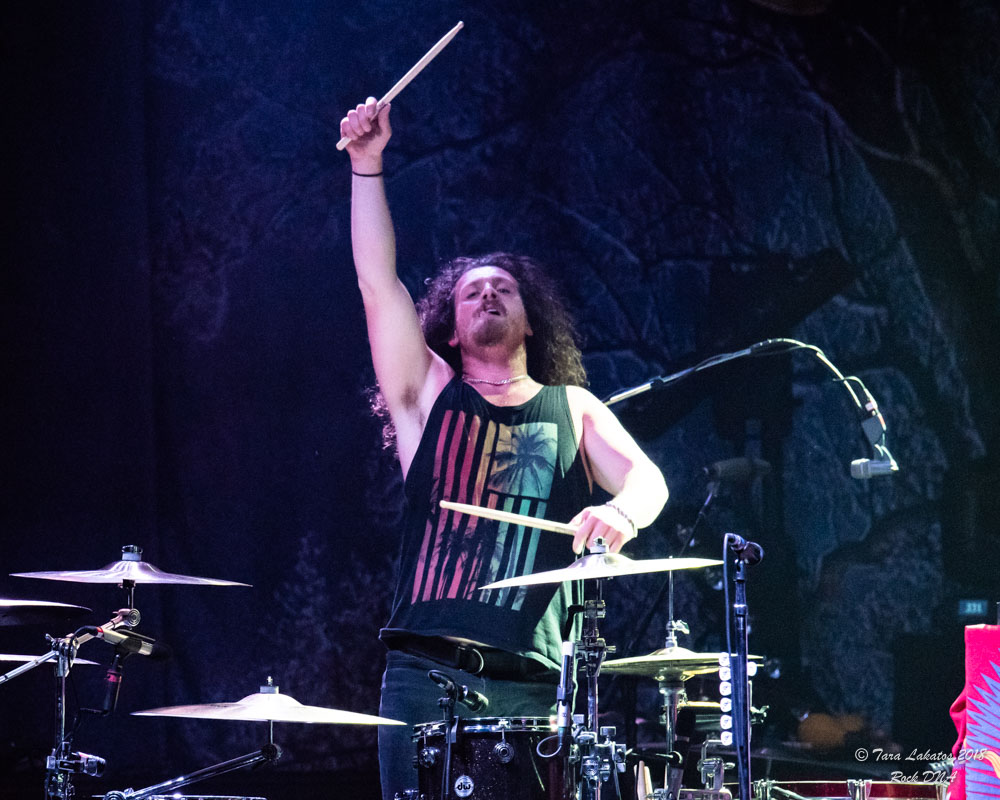 They performed songs from most of their catalogue including a fun one named “Cheaper to Drink Alone” from their 2016 release “Kentucky”.  This song has distorted vocals and some tambourine action.  Towards the end of their set they played “White Trash Millionaire” off of their 2011 release “Between the Devil & the Deep Blue Sea”.  This song has a lot of cool guitar work and effects, Chris’ solos totally rip on this one.  They also hit “Born Under a Bad Sign” from their blues cover EP “Black to Blues”.  This track totally feels like it’s something they could have written themselves.  Chris has super passionate gravelly vocals on this one and the bass line drives the song. 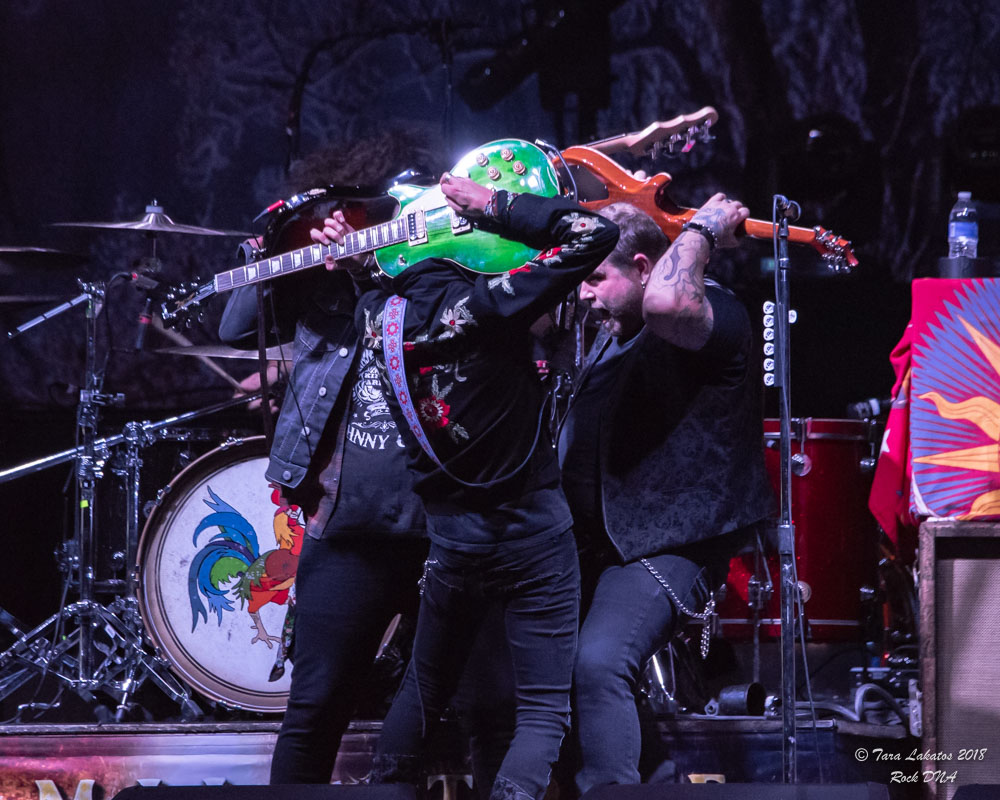 Their set only lasted 45 minutes but I wished it would have been a little bit longer.  Black Stone Cherry is an insanely talented band; their musicianship is worth the price of admission.  Even if southern rock isn’t your thing, their live show is very entertaining.

Gov’t Mule are the good ole boys of southern rock.  Gov’t Mule consists of Warren Haynes (vocals, guitar), Jorgen Carlsson (bass, vocals), Matt Abts (drums) and Danny Louis (keys). Gov’t Mule was started as a side project to the Allman Brothers Band by Warren and orginal Mule bassist Allen Woody in the mid 1990’s.  They released their self-titled debut album in 1995.  Since then they have released over a dozen albums including studio releases and live albums.  Their most current release is 2017s “Revolution Come…Revolution Go”. 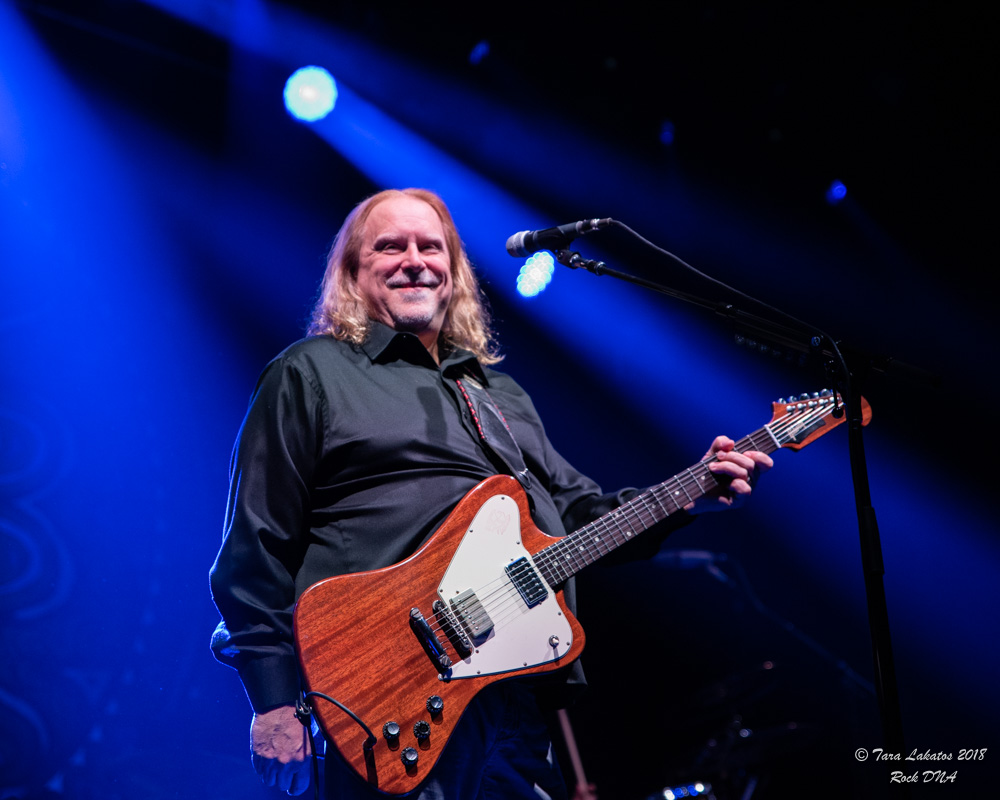 Gov’t Mule, unlike Black Stone Cherry, relies on their music speaking for itself and leaves the flashiness behind, but they play with tremendous emotion.  They played a jammed packed 17 song show consisting of 2 sets and an encore.  They mixed the set with their own material and several covers including a rendition of the Allman Brothers Band “Mountain Jam” which was bone chilling. 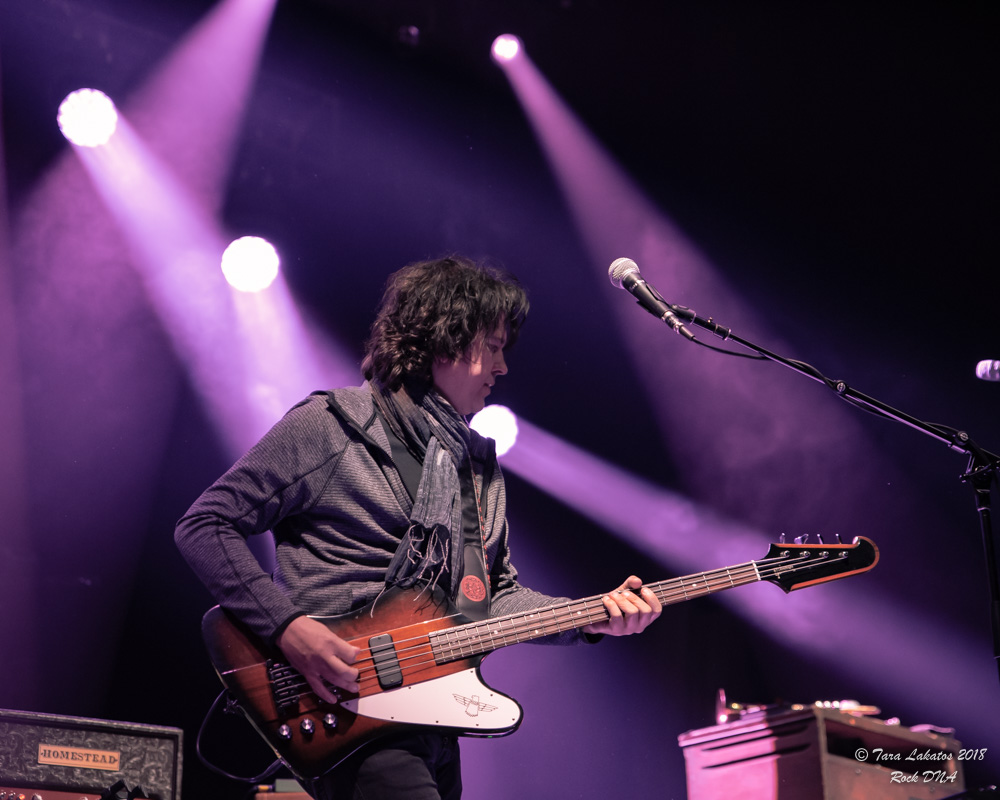 They opened with “Bad Little Doggie” of their 2000 release “Life Before Insanity”.  Warren’s vocals are spot on and kissed with southern whiskey and his guitar solos are nothing short of inspiring.   Warren’s rhythm guitar is bluesy and inflective, meshing perfectly with Jorgen’s bass lines.  Matt’s drum beats were super tight, and hidden behind keyboards was Danny just doing his thing.  Mule performed the title track “Revolution Come… Revolution Go”.  This track has a more jam band feel to it with a nice funky groove. They also performed “The Man I want To Be” off their current release.  This song featured the keys and B.B. King inspired guitar playing.  This one was super soulful, it made me feel like I was sitting in a smoke filled bar in Memphis. 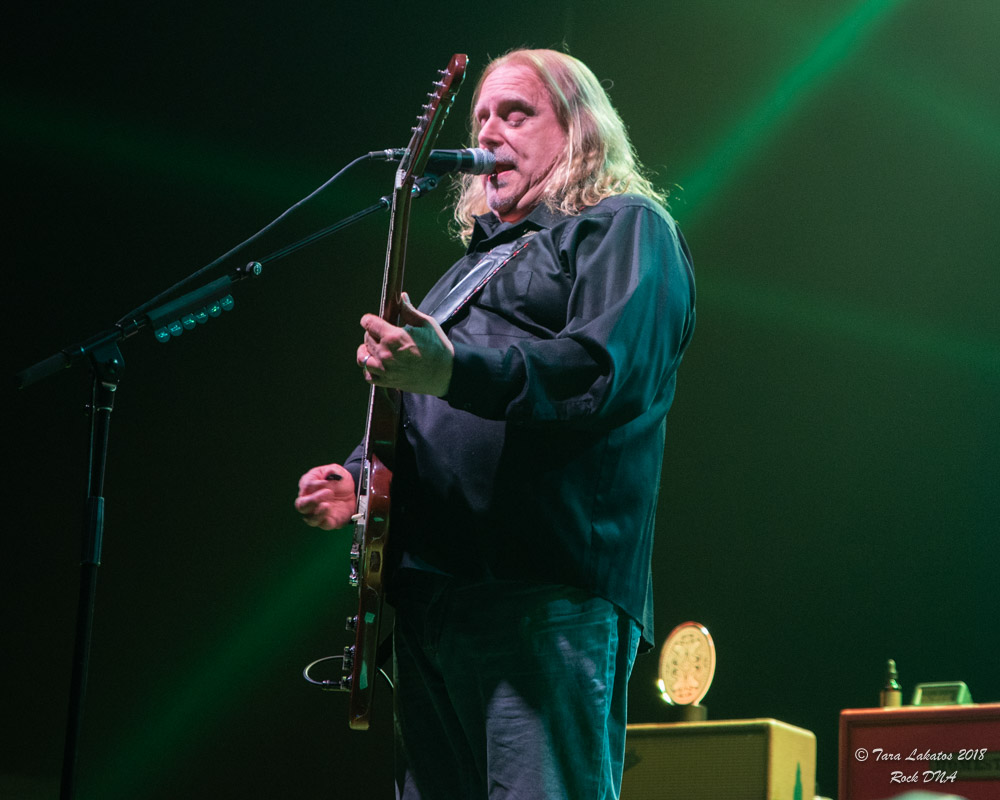 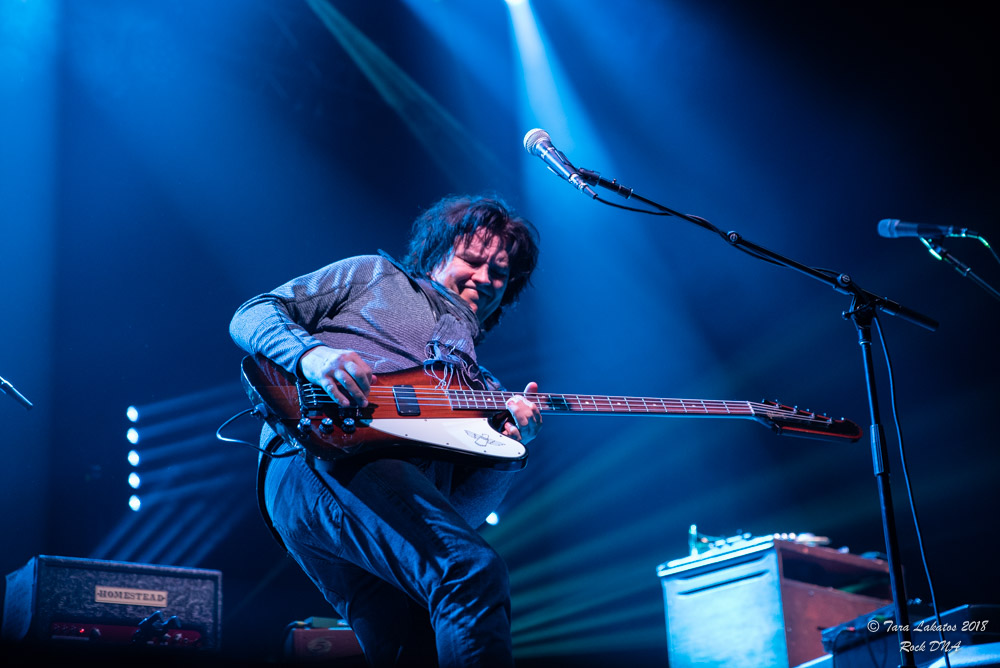 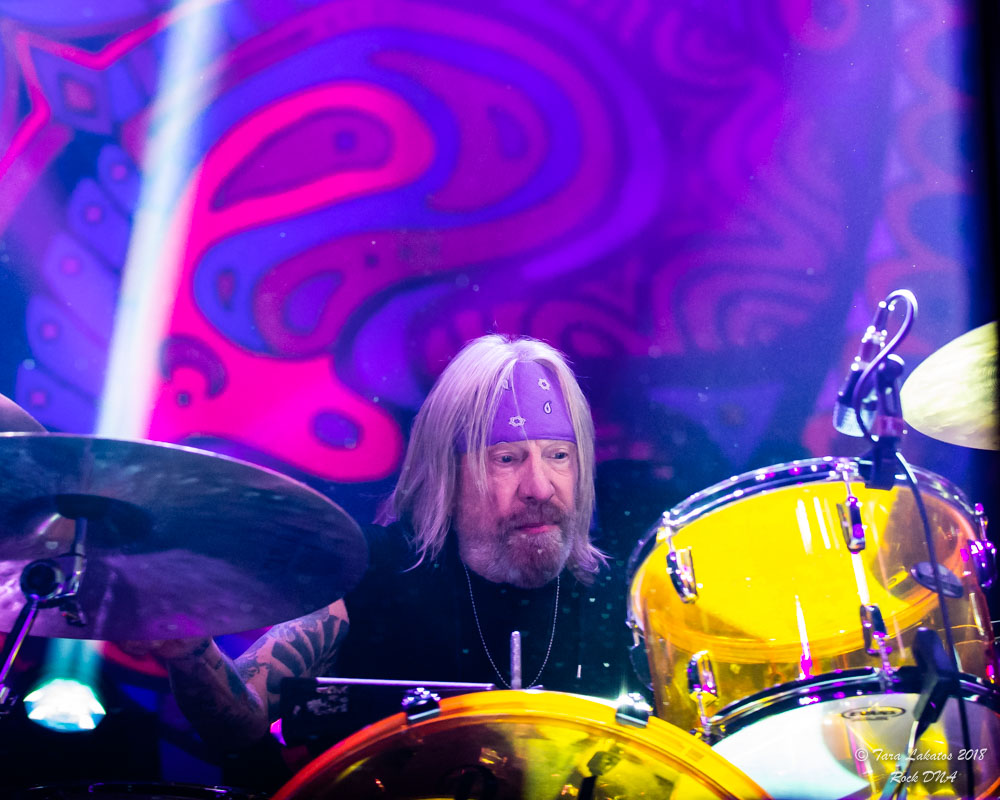 Towards the end of the first set emerged Hook Herrera, a long time Mule collaborator, on the harmonica for “Good Morning Little School Girl” he stuck around to close out the first set which was a cover of Robert Johnson’s “32/20 Blues”. They opened the second set with  “Maggot Face”, a Funkadelic’s cover.  The second set also included “Game Face”, “Mountain Jam”, “Sco-Mule” and “Statesboro Blues” to name a few. 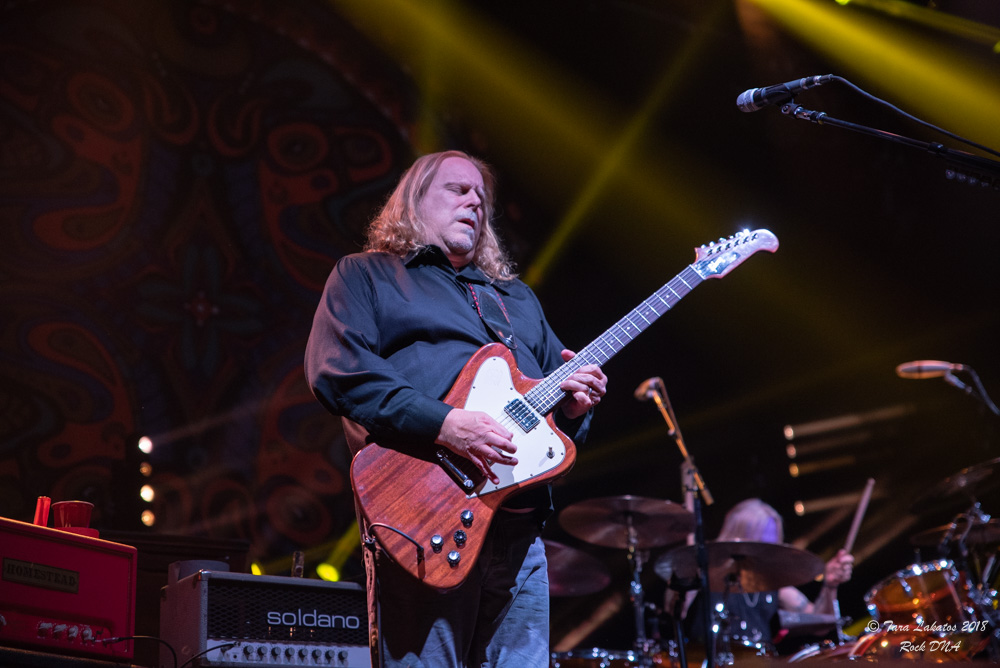 Mule closed out with an encore of “Working Class Hero” (John Lennon cover) featuring Hook Herrera on the harmonica.  This song had the crowd on the edge of their seats.  Since this song starts out quietly with all sorts of subtle nuances you could hear random fans yell out in approval throughout the song.  When the song hit the stride of the chorus about halfway through, the crowd collectively let out a roar. 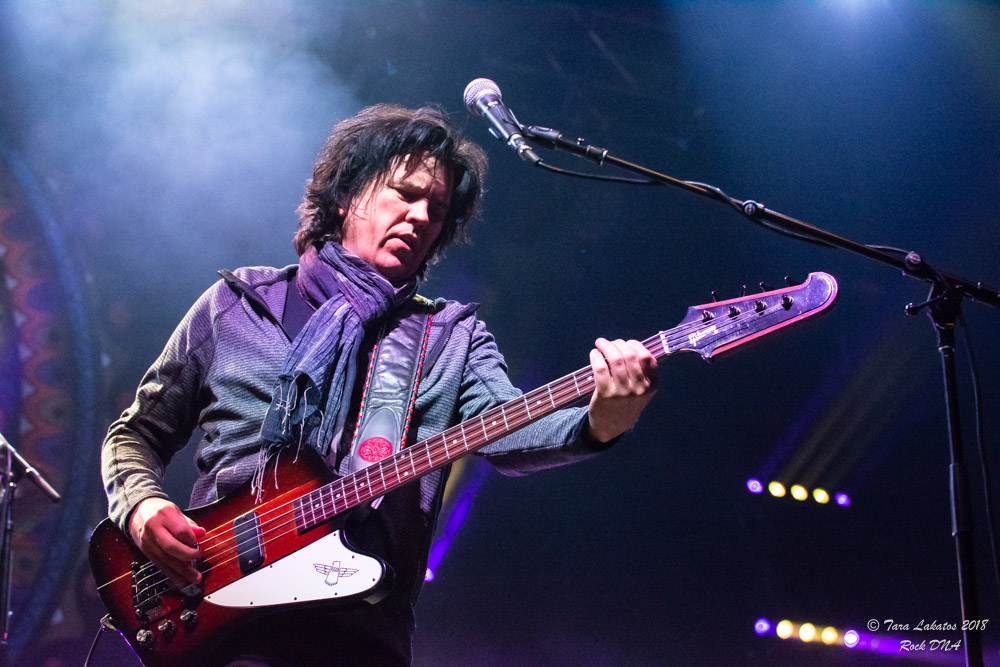 This show was a celebration of the generations of southern rock.  On one end you had the very energetic, younger generation in Black Stone Cherry that was clearly influenced by their forefathers in southern rock and blues.  On the other end was Gov’t Mule that had started out with one of the original southern rock bands, Allman Brothers Band.  This tour just started and has several dates around the country.  Black Stone Cherry is sure to be touring is support of their new release for the next couple of years.  Check them both out for a great night of pure rock and roll. 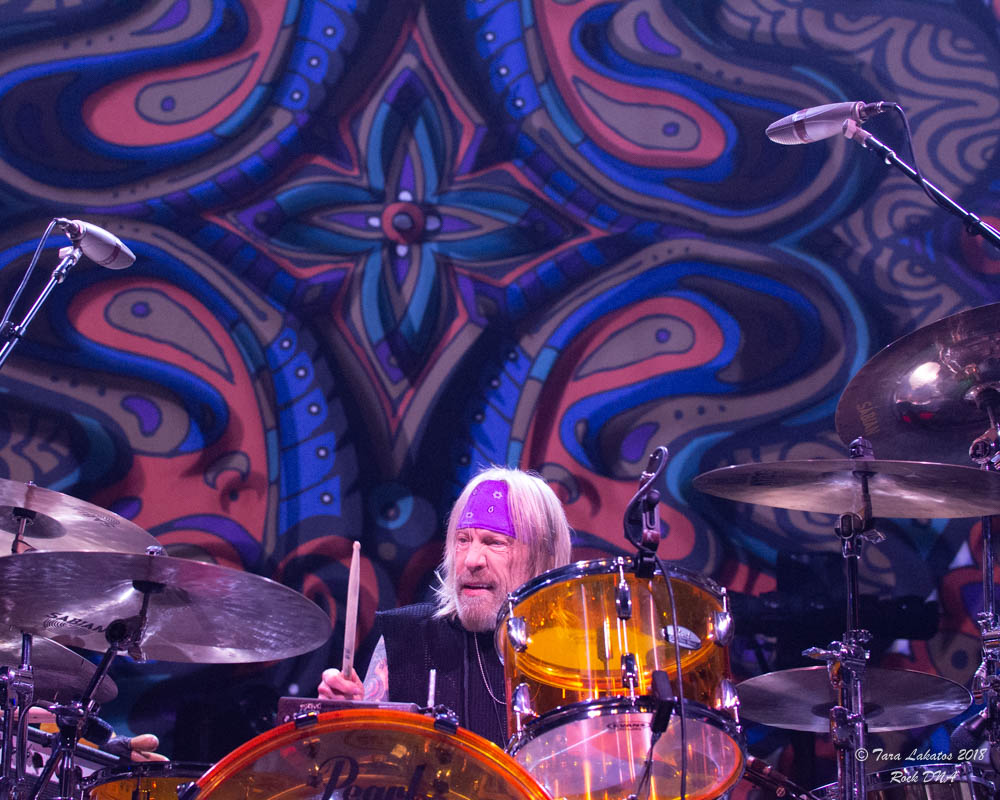 News: New Album From THE DARKNESS “Easter Is Cancelled” (Due October...