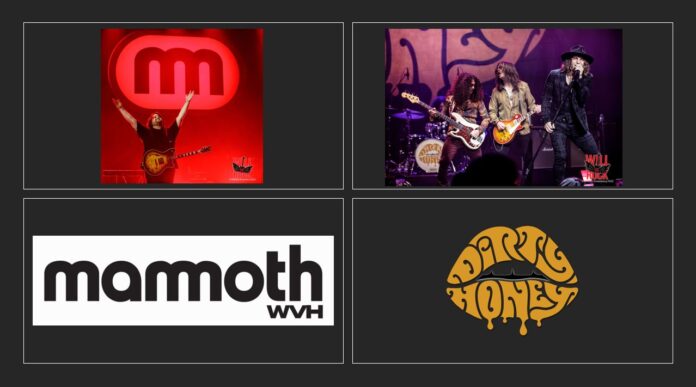 Dirty Honey and Mammoth WVH brought their “Young Guns” tour to The Wiltern in Los Angeles on Wednesday night in what turned out to be a very welcoming homecoming show for both bands.  Although very different in style; Mammoth WVH with a more modern rock tone, and Dirty Honey rooted in a 70’s blues based rock vibe, the packed Wiltern crowd equally ate up every moment of both bands. 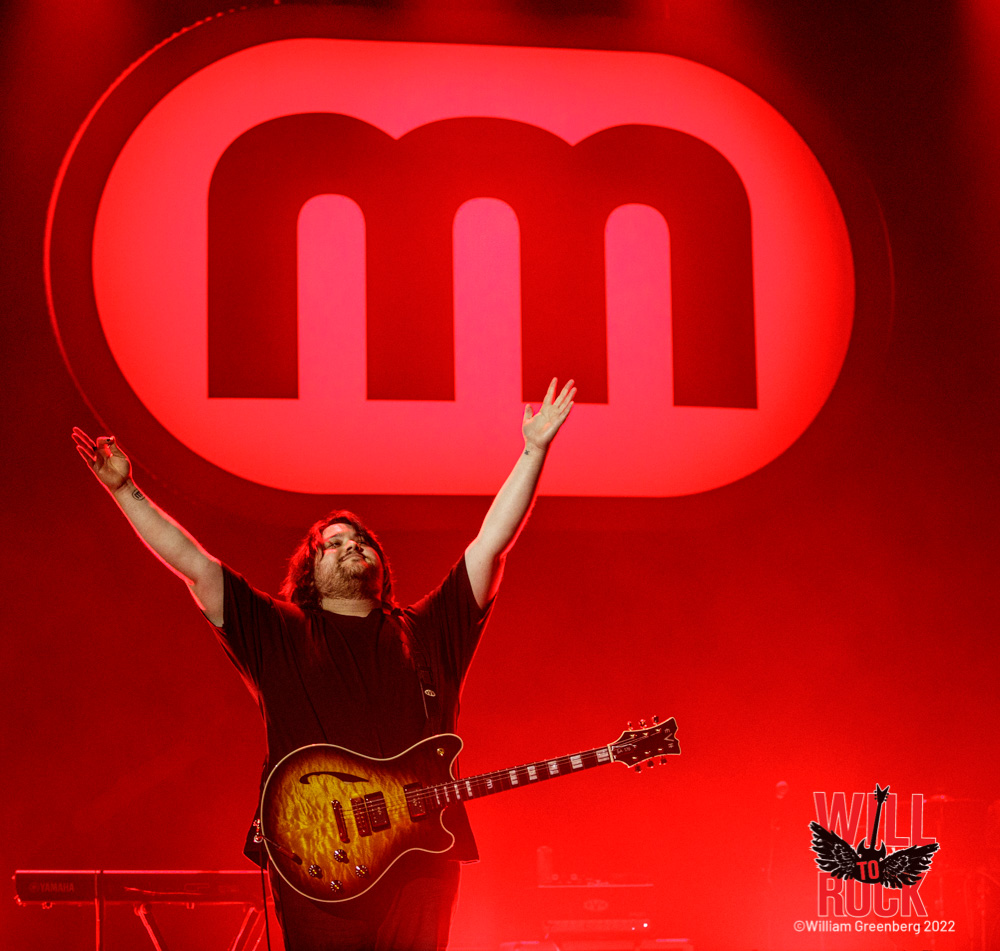 With no opening act for this date, Mammoth WVH simply walked out on to the stage one at a time with Wolf Van Halen walking out last and offering a simple “Hello” as the band launched into an hour long set consisting of almost all of the MWVH debut album.

It was apparent that the fans were ready for some rock as the often tempered LA crowd responded with a deafening roar as the band kicked off with “Mammoth“. As I mentioned in my review of the MWVH “Friends and Family Show“, Wolf is one majorly talented guy and tonight just emphasized that. His lead guitar work is amazing, but on top of that the dude has some really killer pipes that just sound so great live. (Props to the sound crew by the way, the whole show sounded amazing and you could hear every instrument). 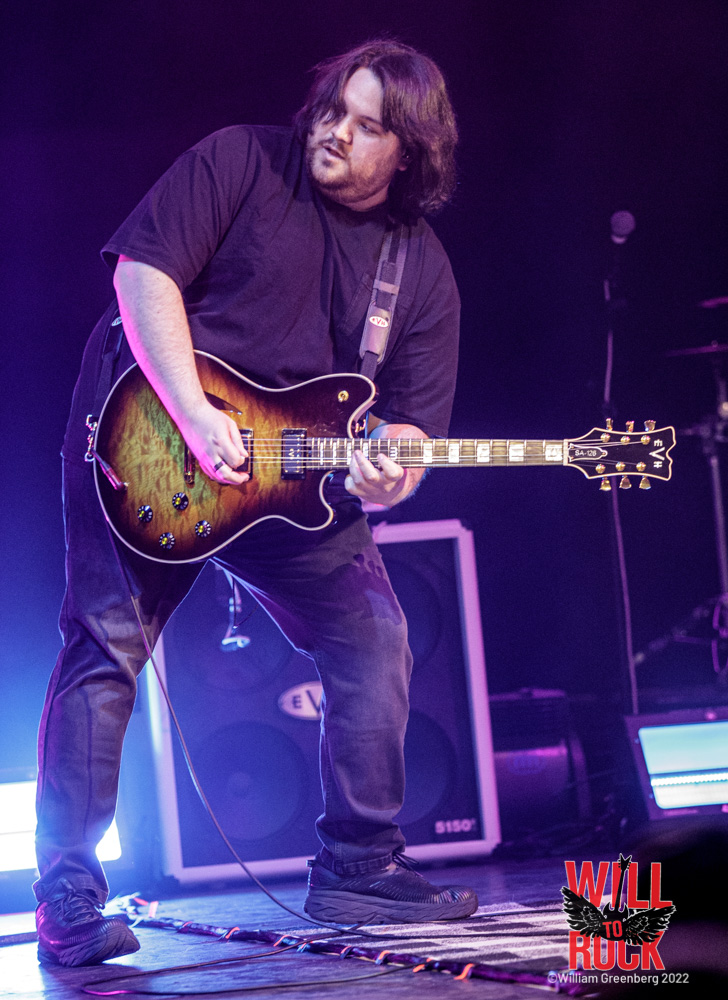 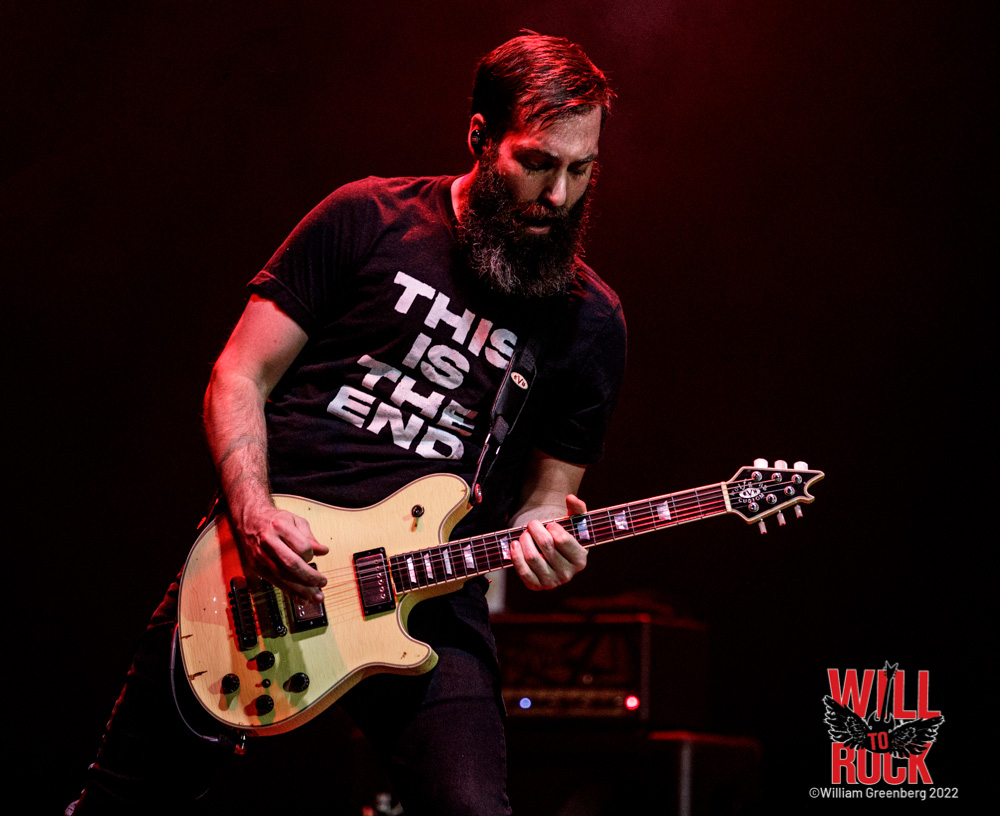 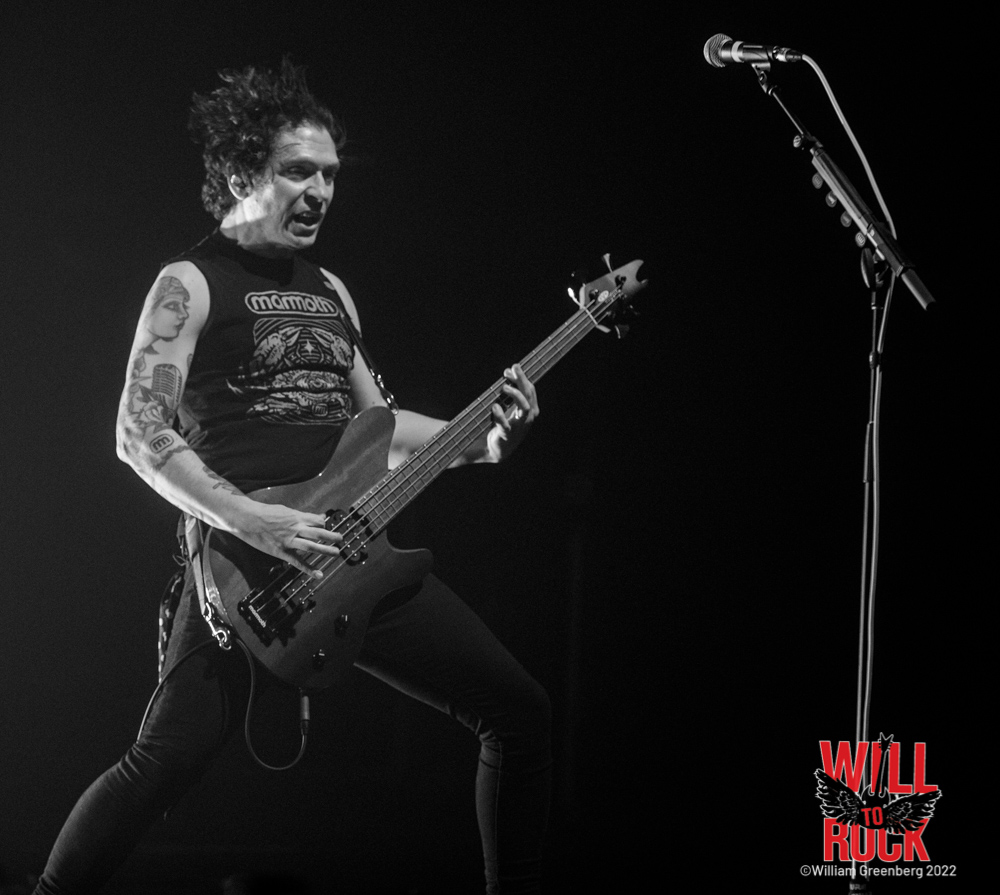 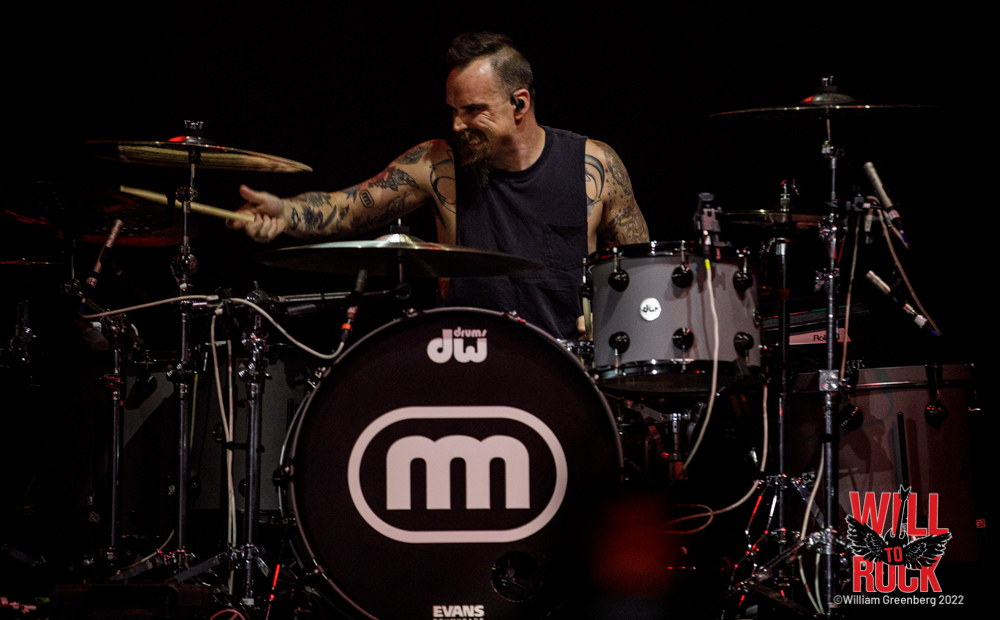 Mammoth WVH as a band are also incredibly entertaining.  No more so than bassist, Ronnie Ficarro who has  “Punk” etched all over his soul.  He pogos, jumps around headbanging almost the entire set and is a thrill to watch.  Garret Whitlock is great behind the kit and Jon Jourdan takes on almost all rhythm guitar parts as their other member, Frank Sidoris (who was there in spirit and in cardboard) is currently touring as a Conspirator with Slash. 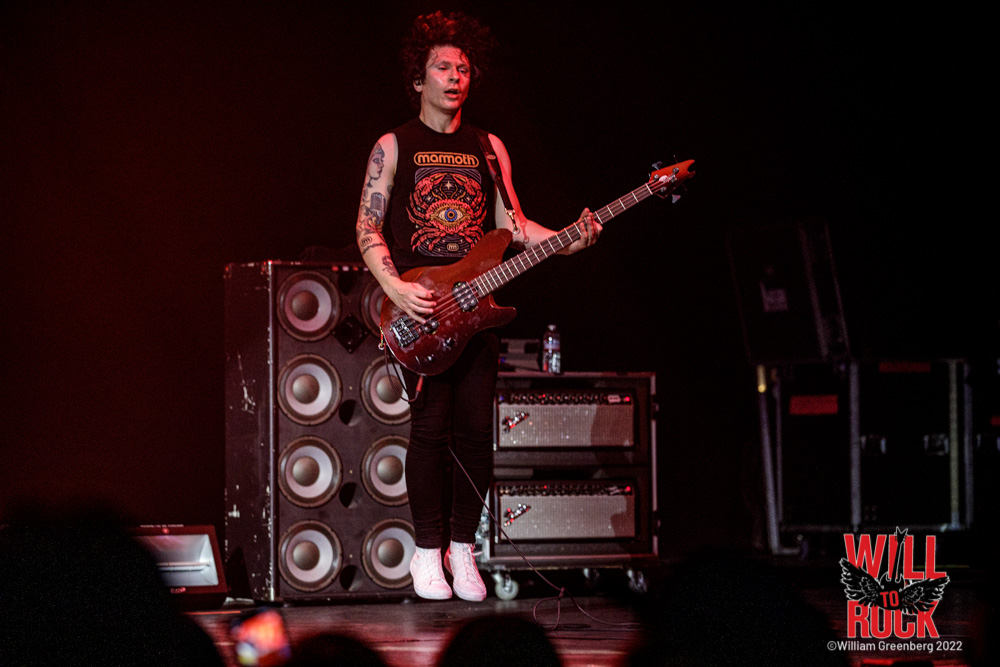 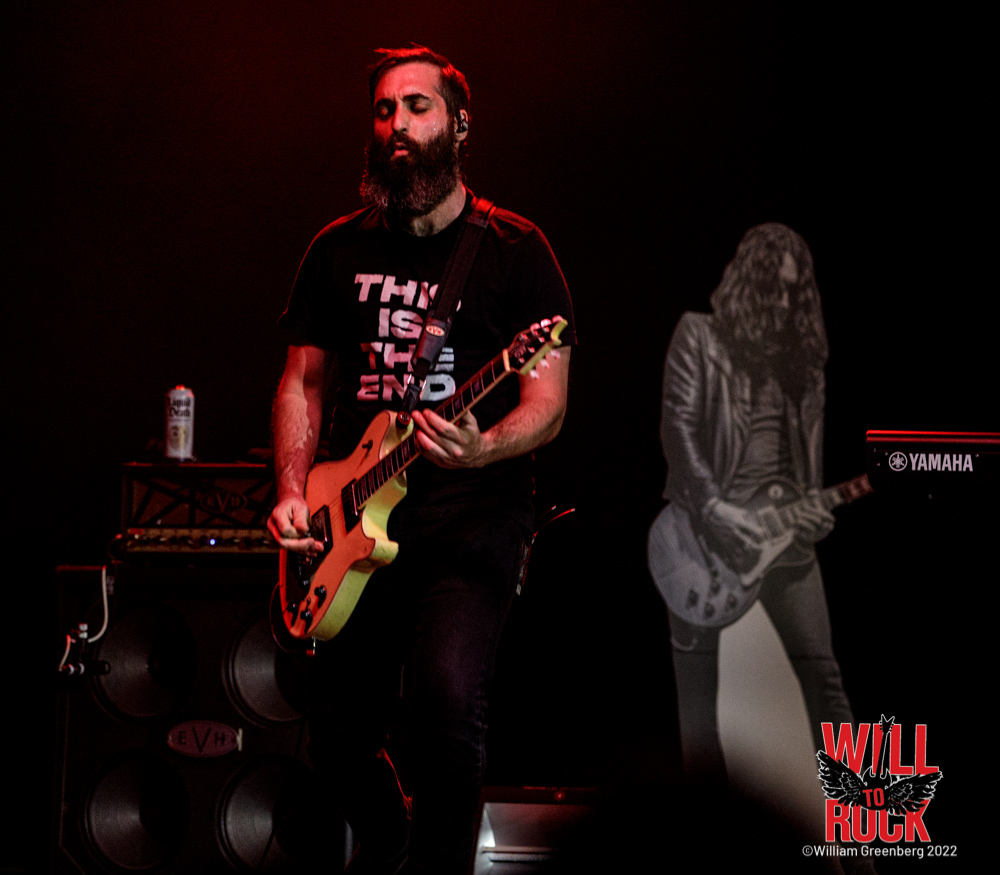 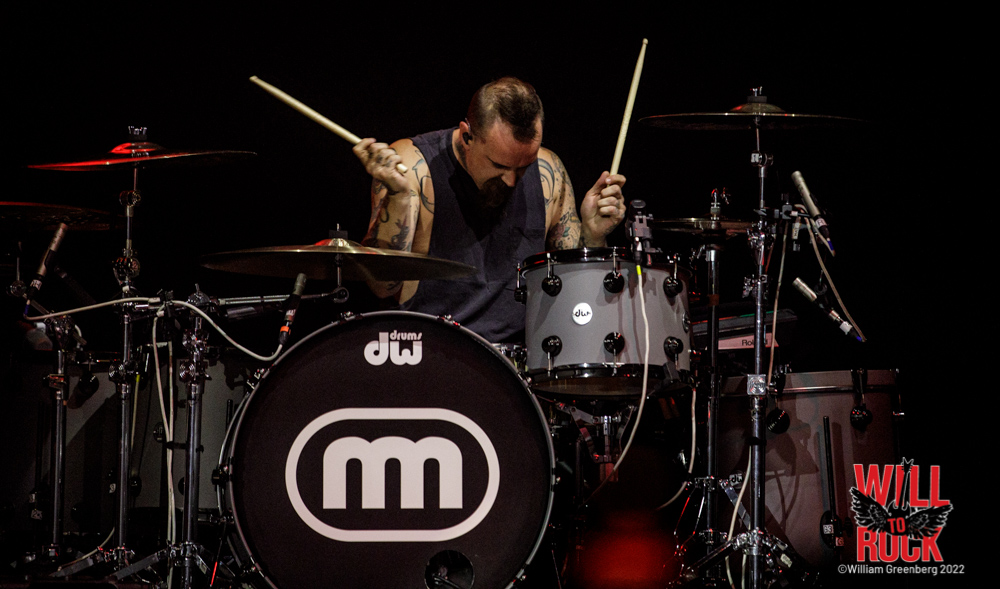 For a few of the songs Wolf moved to the back where a small keyboard was set up because as he mentioned to a loud roar “This band doesn’t play to tracks” “And neither does Dirty Honey”.

After a rocking “You’re to Blame“, things slowed down for a moment as Wolf stated that “this is probably the first song you heard from Mammoth, that’s sometimes difficult for me to sing”.  This is “Distance“.” 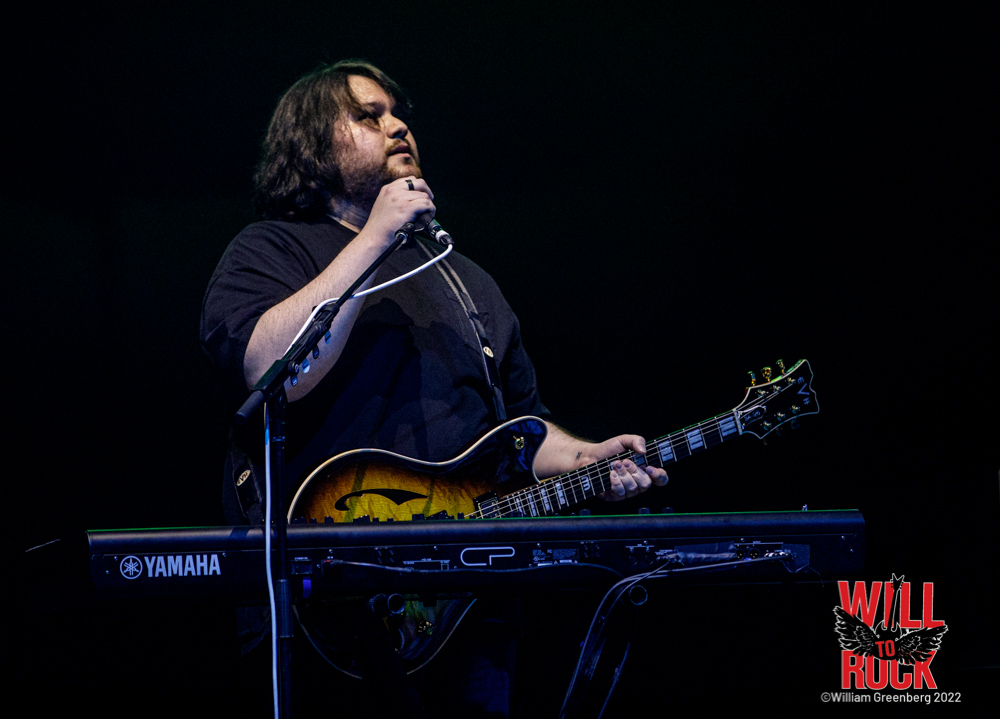 It was at this point in the back right corner of the venue that a medical emergency took place in the middle of the song. It took a little while for the venue staff to figure out what was happening and they were eventually able to get the person to his feet and escort him outside. Hoping all went well for the dude as it looked pretty bad for a while. (A shout out in general to the staff and security this evening who were all amazingly friendly and helpful throughout the entire evening)

But back to the show…As mentioned the setlist consisted of almost all of the debut album with the addition of a cover that he announced as “No, it’s not a Van Halen song”.  Instead it was a kick ass version of “Them Bones” by Alice in Chains. 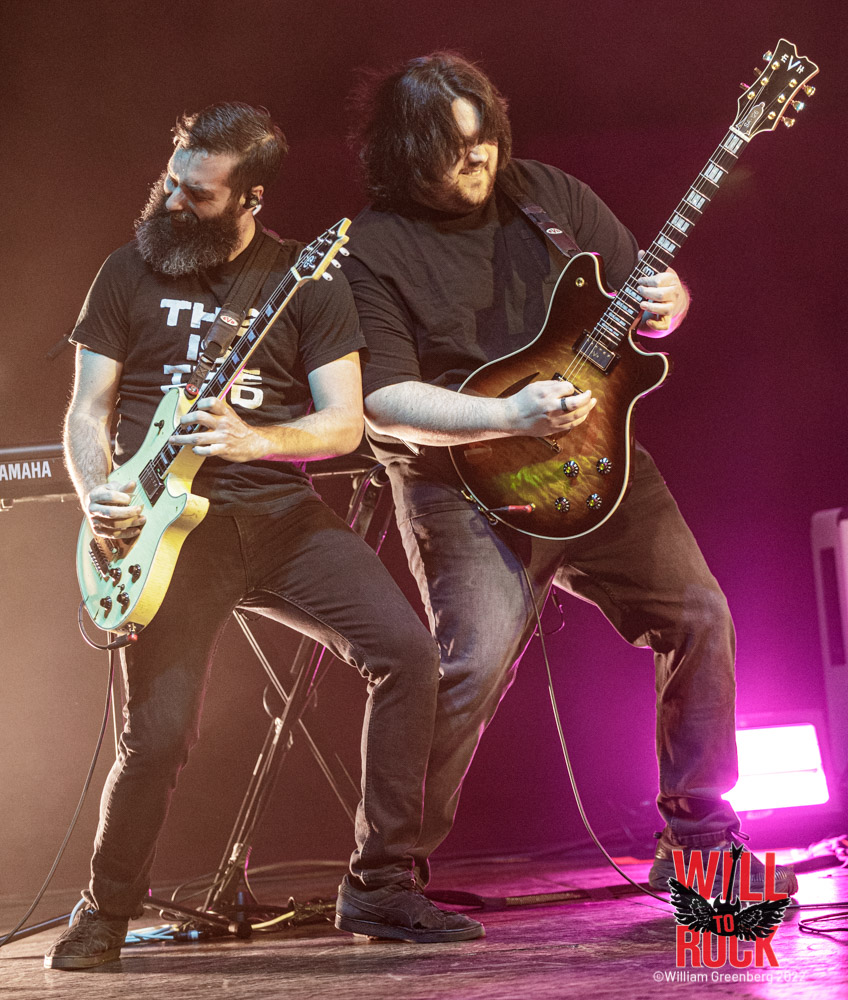 The set ended with “Don’t Back Down” and a huge round of applause and cheers for Wolf and the band. 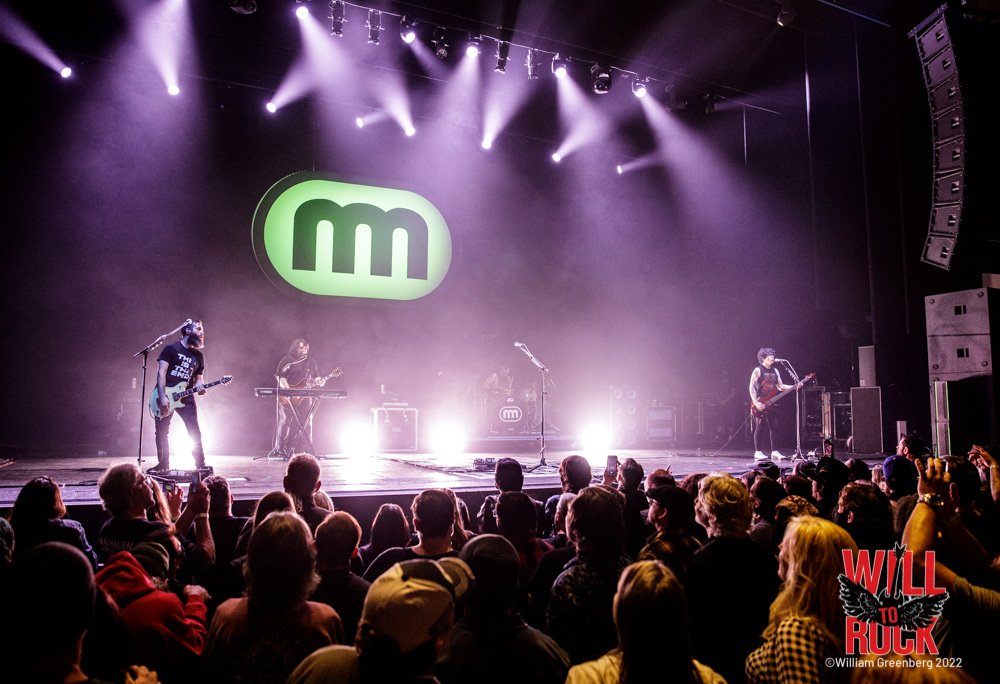 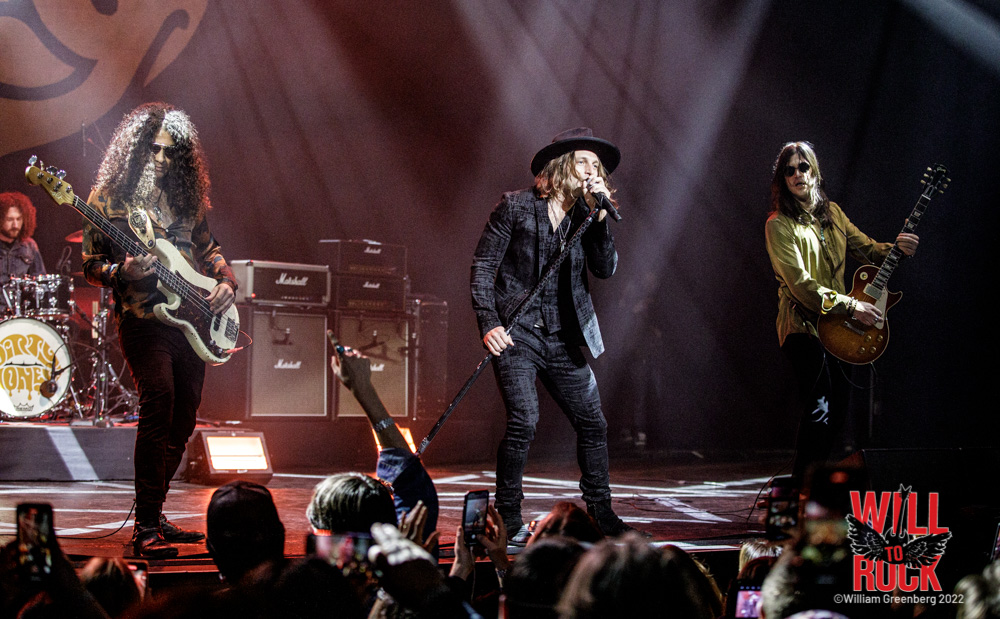 It was nice to see that there was no let down in energy for these bands as Dirty Honey took the stage to another great roar from the crowd. Fresh from a support slot, turning heads and gaining fans with the Black Crowes, Dirty Honey showed why they could have rocked any of those large venues all by themselves.

Dirty Honey are Marc LaBelle (vocals), John Notto (guitar), Justin Smolian (bass) and Corey Coverstone (drums) and they blend hard rock and blues together like very few new bands are doing these days. Very reminiscent of when the Black Crowes burst onto the scene. 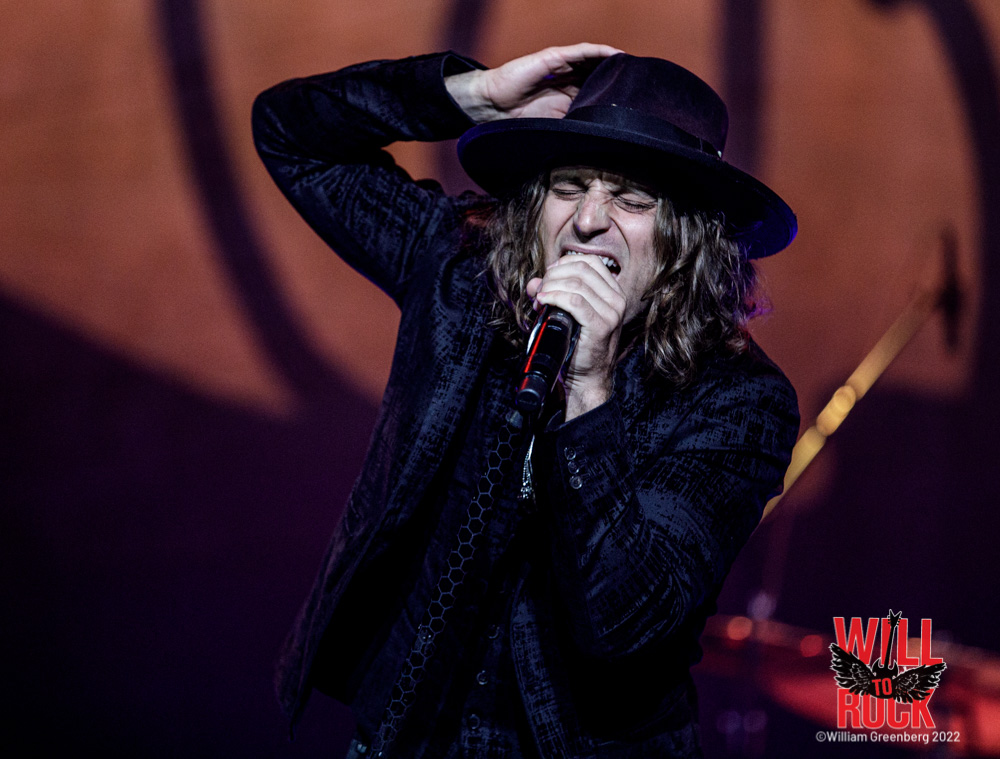 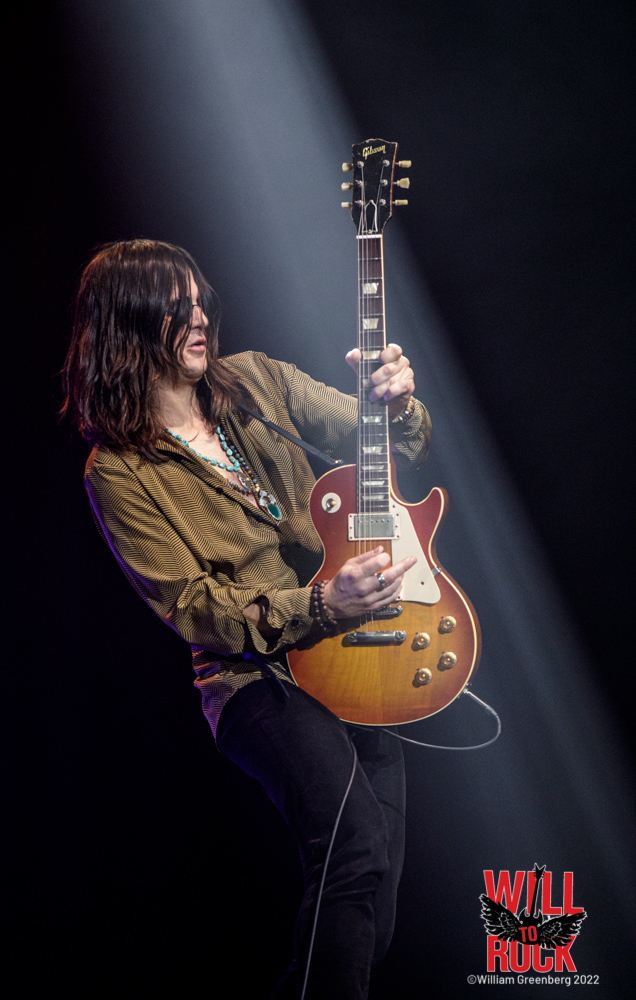 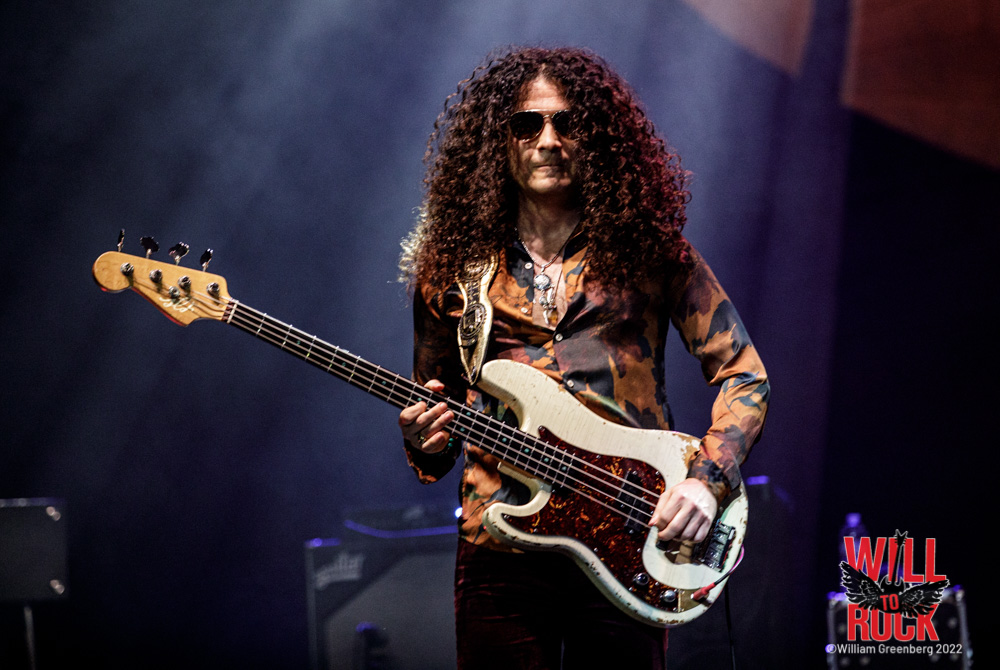 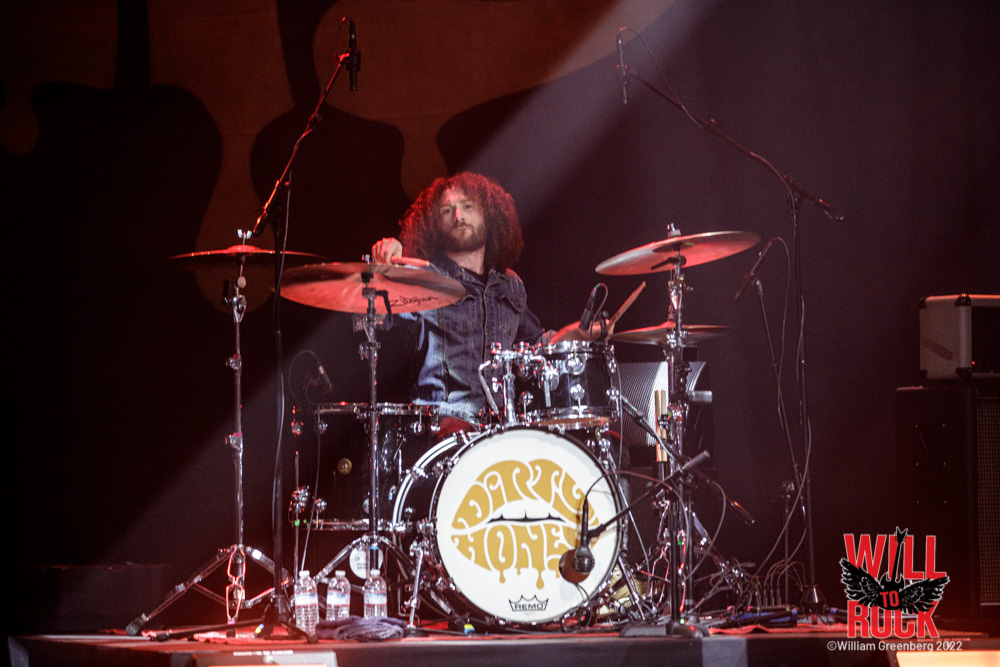 Besides being incredible musicians, one thing that stood out tonight was how incredible Marc LaBelle’s vocals were…so soulful and pristine.  He has a great way of bringing the crowd in to the show and at times was down in front slapping hands and walking through the crowd. 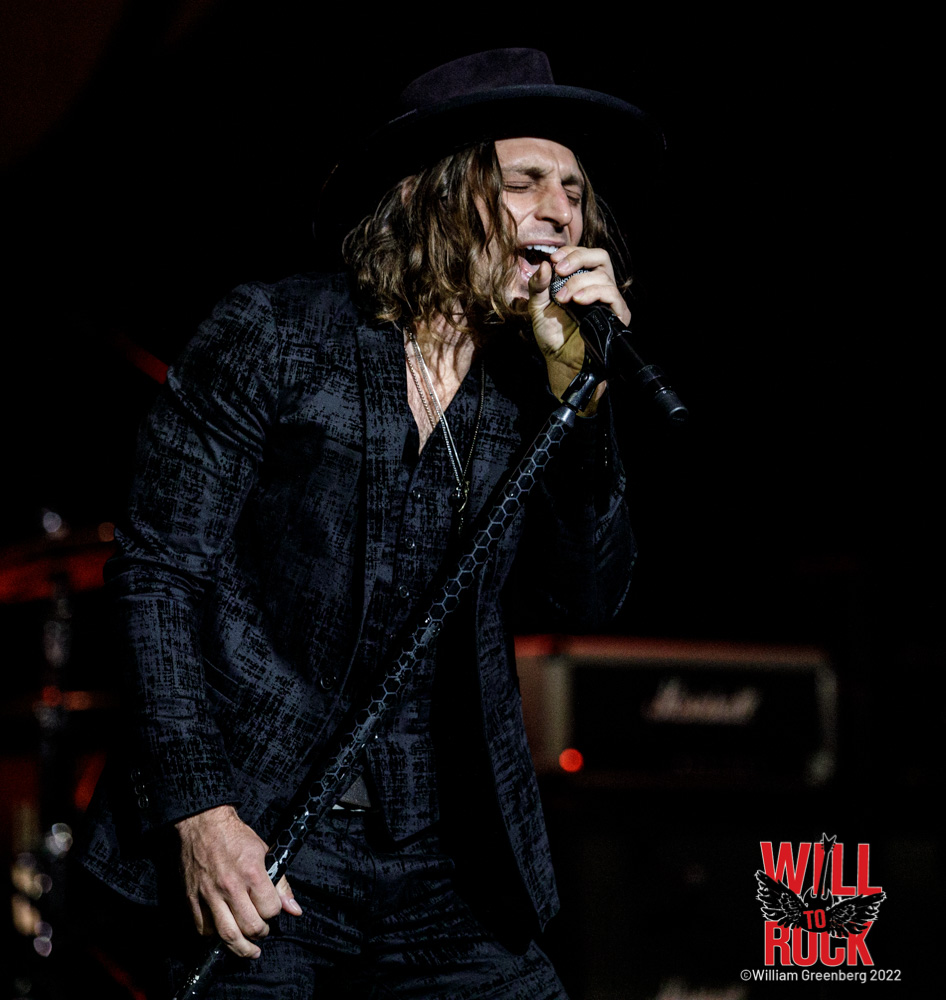 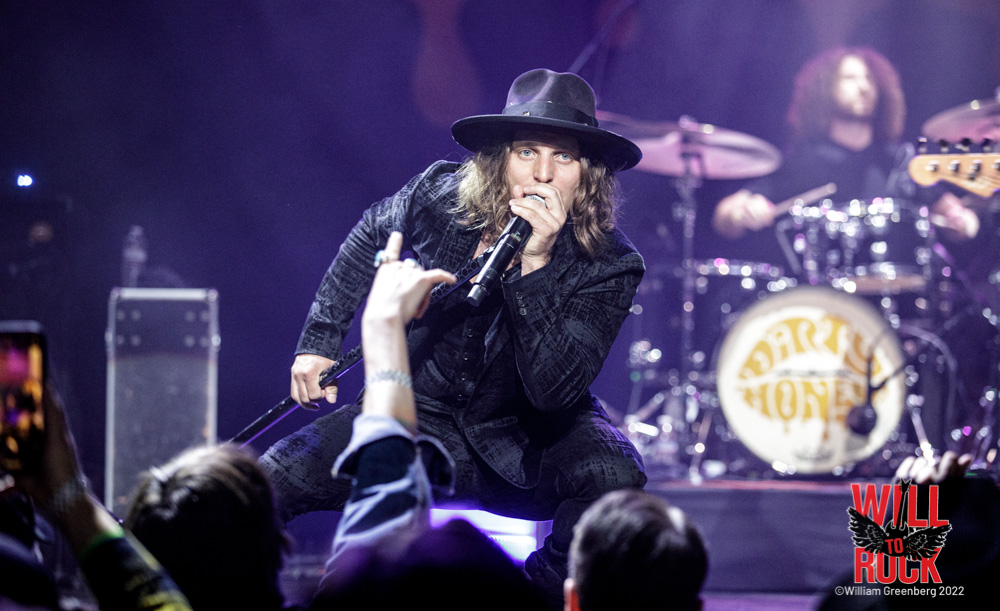 With only an EP and a debut album under their belts, the set also lasted an hour and was filled with almost everything from both of their releases, throwing in some great throwback bass, drum and guitar solos. 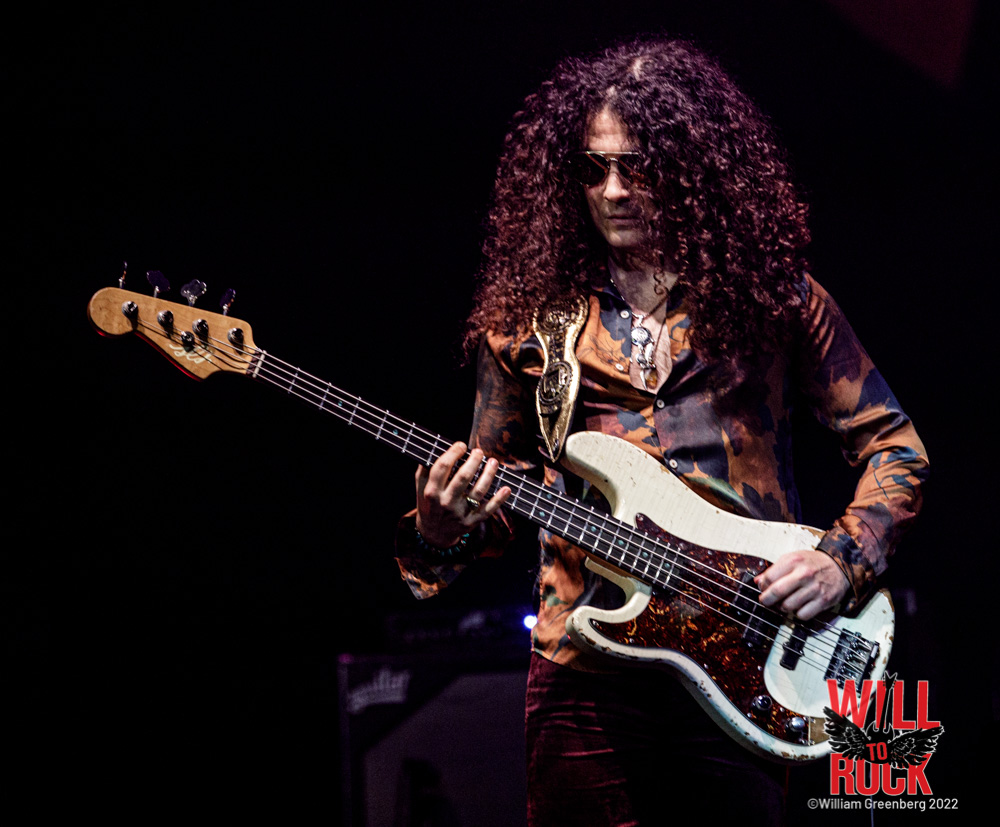 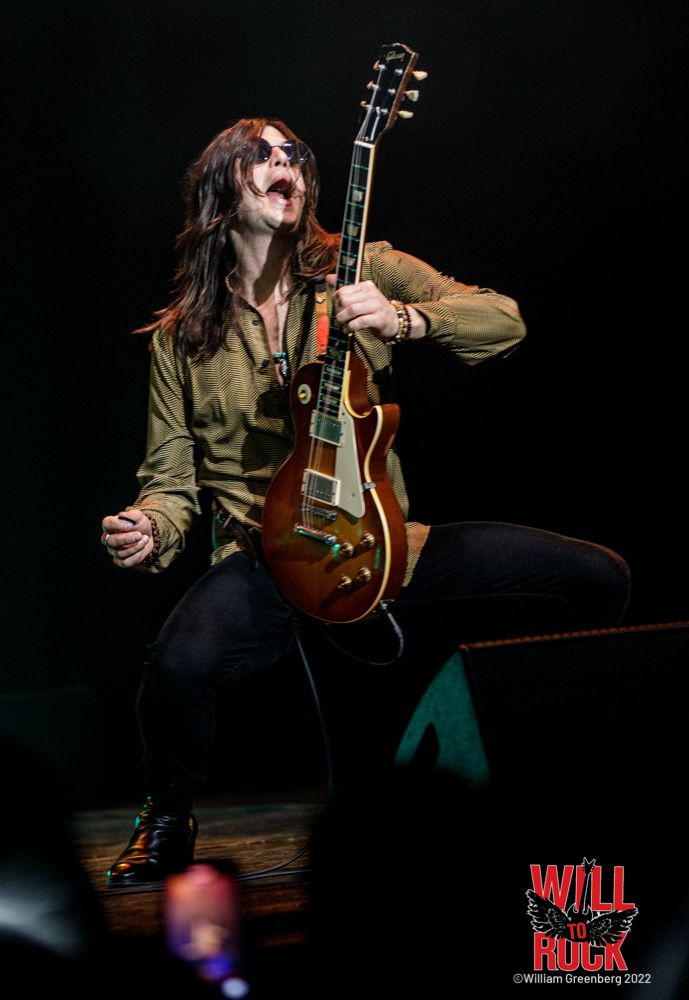 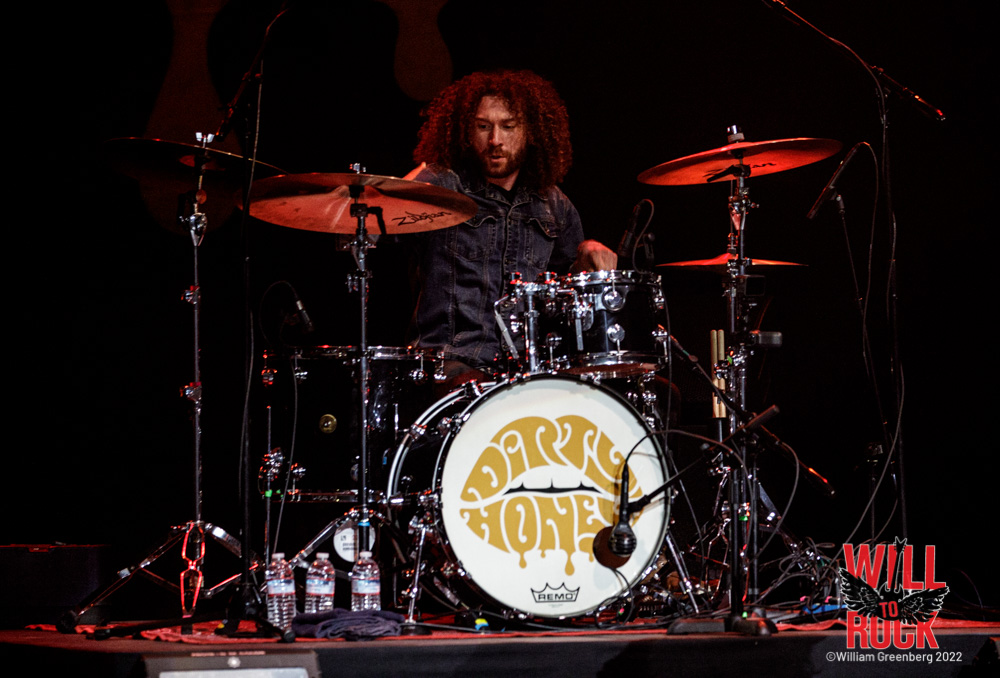 Dirty Honey also added a cover to their set.  Their slowed down version of Prince’s “Let’s Go Crazy” that they played at the NHL’s Winter Classic this year on New Year’s Day.

Besides “Heartbreaker” from their debut EP, my favorite Dirty Honey song is “Another Last Time” and anyone else who treasures this song got a treat tonight.  After their usual final song, “Rolling 7’s“, Marc announced that their next single would be “Another Last Time” and that they wanted to film part of the video with their LA, hometown crowd.  So the band launched into the tune again, while Marc walked around the venue with camera in tow filming the crowd singing along with him. 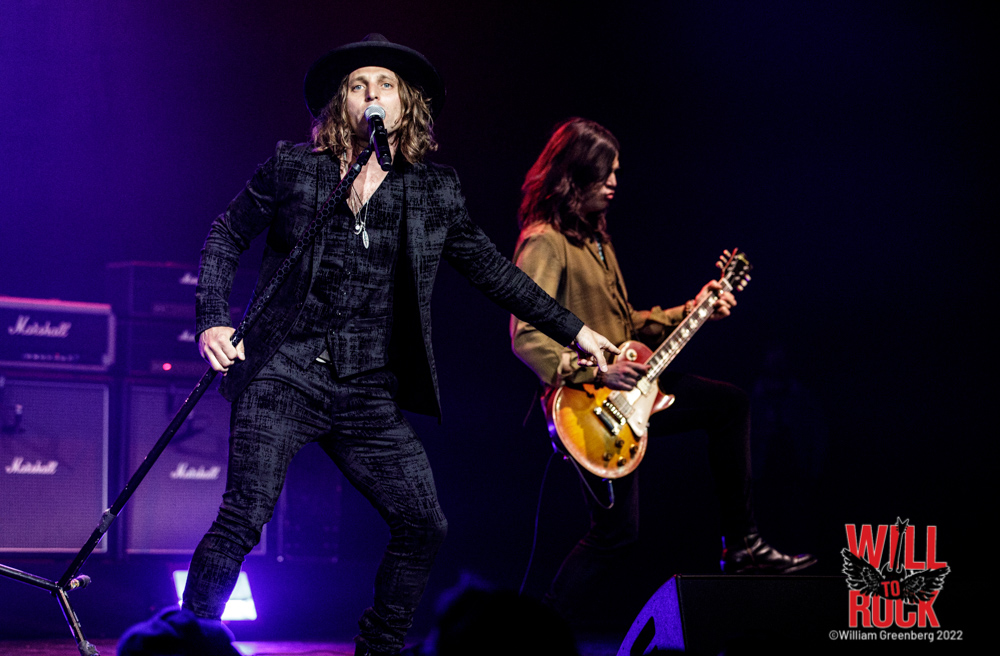 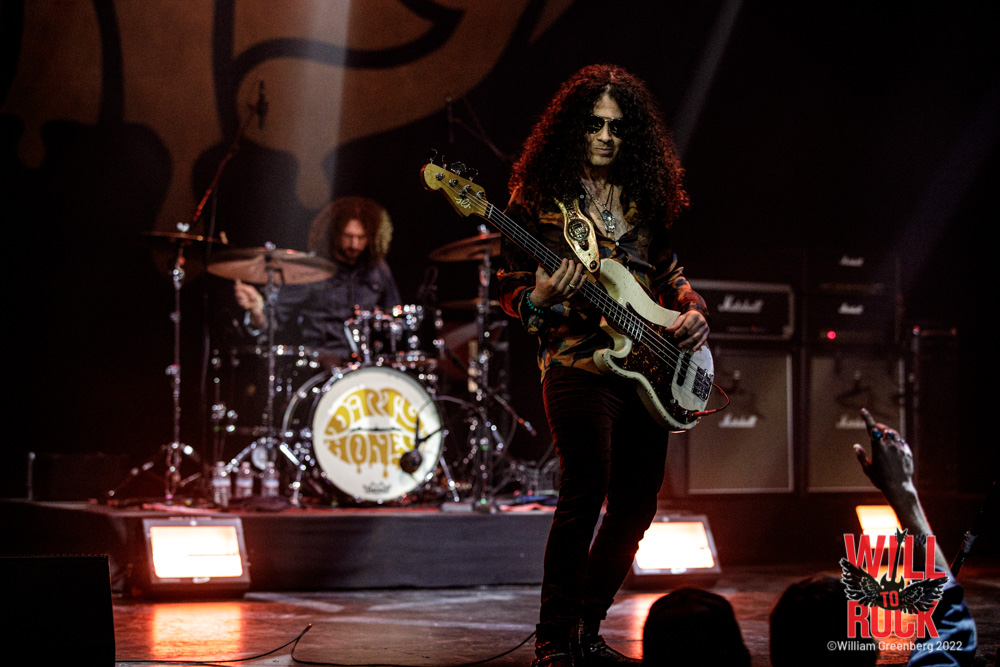 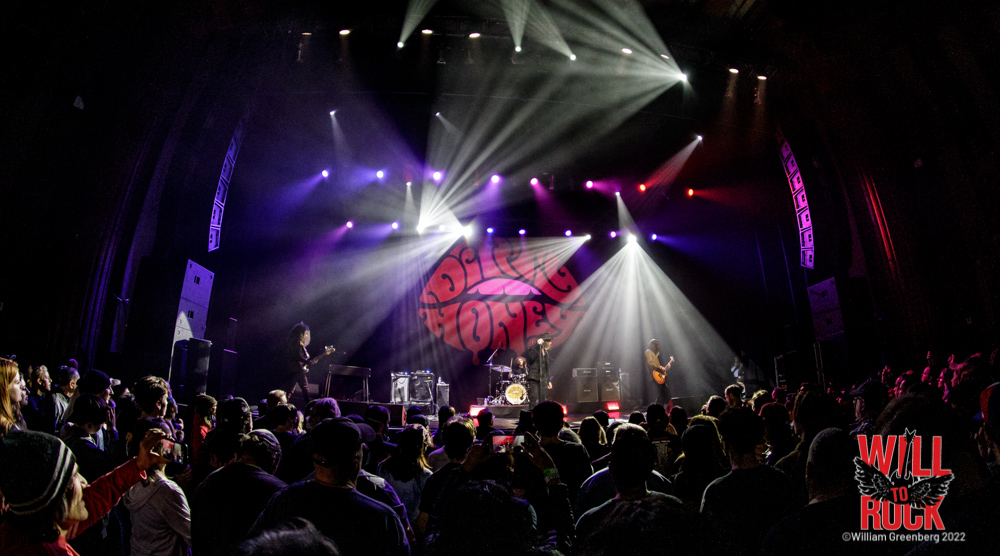 Normally I’ll shout out some highlights of the night, but honestly, both sets were stellar from top to bottom from these “Young Guns” who are boldly carrying the torch of rock forward.

Thrash Icons OVERKILL are getting “Scorched”. Check out Visualizer for “The...