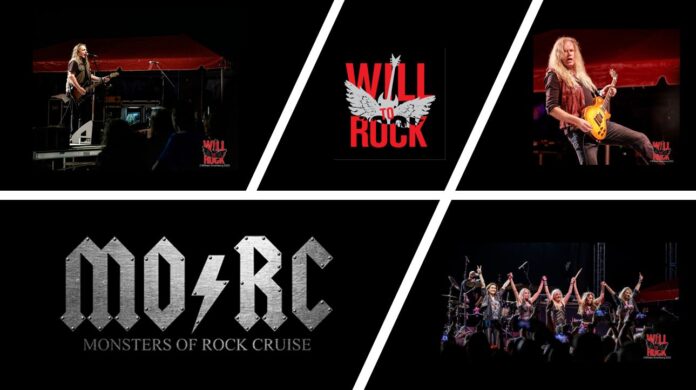 Little did we know when we disembarked from the 2020 Monsters Of Rock Cruise that it would be (A LONG) two years before we were able to set foot on our annual floating home away from home. To say it’s been an odd time since then would be a disservice to understatements. Most of us were undeterred and rolled our MORC deposits over to the next cruise (whenever that would be) and some of us even had a crazy fever dream that something called “Monster Beach” was a “thing”. HA!  Crazy Kids… 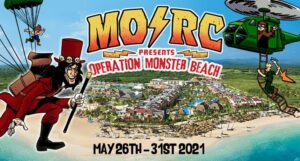 For some it was not the cruise that was paid for, but it was the cruise you got. As we inched closer we started losing some of the acts that we had hoped to catch up with… Queensryche, L.A. Guns, Chris Holmes (GET WELL SOON CHRIS), Pink Cream 69, Michael Monroe (To name just a few).

Well, our patience paid off and those that didn’t flood the online “Please take my cabin off my hands” boards, ended up heading to Miami to step onto the Freedom Of The Seas and MORC 2022.

The following and upcoming coverage (Pre-Party through Day 5) will highlight how amazing the ’22 Monsters Of Rock Cruise truly was. I plan on recapping what I can: Day by day and band by band with my experiences. So even though “The Great” is the smallest paragraph, it’s really a prequel to everything that was amazing starting with Rhino Bucket below and ending with the last event on the boat, Sunday Night Karaoke with Izzy (See Upcoming Day 5 Coverage).

Transparency:  #Keiferband wasn’t in Florida so it wasn’t a last minute change to the pre-party. A few members of other bands weren’t vaxxed and were never getting on the boat. In circles It’s known. So that couldn’t have been a last moment shock that they were weren’t there. There are a bunch of other stories like this as well as a ton of rumors about this person or that band.

The “Monsters” are loyal consumers who love what is being provided to them year after year, and they should be treated with a bit of respect and honesty.  Trust me, we all can take it.  We all get that life at this time isn’t yet back to “business as usual”, but not giving it to everyone straight is doing MORC and the cruisers a disservice.

In all fairness and conversely, the MORC is a MASSIVE undertaking involving not just bands, but their crews and their families and everything else that goes along with putting together a major festival.. ON A BOAT! Larry Morand and team do an INCREDIBLE job year after year.  With that said..  most of us are all unofficial family now. So we’re ready to deal with the warts and all aspect of an event this large.

Covid: a bunch of people tested positive after the cruise.  No, ya’ll didn’t get it as you stepped out into the port or at your airport terminal, you got it on the boat.  We all knew the risk and we took it.  So there’s no blame to be “spread”, but it was a reality that a lot of hoped we’d avoid but some of us experienced.

Star Lounge: Can we stop throwing bands in there?  It seems the general consensus that the Star Lounge is more suited for Comedy Shows, Jams, Acoustic Performances/solo acts and The Photo Experience.  If you don’t arrive early for a band your view is horrible and a lot of people avoid those shows for that reason.

For those that brought your politics on board. And It was definitely a minority… I feel bad for you. I feel bad that you couldn’t find solace in the one community that you were smack dab in the middle of.  An International Rock Family that’s been stuck in the middle of a pandemic for two years, dealing with all the external news and noise for as long as we can remember.

People traveled across the globe for this event.  Some took risks and put themselves in harms way. Why? Because we were all finally in the one place where we all had something in common: Our love for rock music. We were in some of the most beautiful places with some of the most incredible people, but that just wasn’t enough for you.

Also for those with the fake vaxx cards/tests that got you on board in the first place.  Congratulations. Those that know think you’re an asshole.  But we already know you don’t care.

I didn’t catch all the bands, so I’ll only be including the artists and events that I caught. (Basically there was a ton of stuff going on at all times, so my feet took me where they could)

First and most importantly… For those alumni cruisers how great is the feeling when you start seeing a bunch of friends and familiar faces at the pre-party?!  There’s nothing like it.  The reunion begins and the party officially starts.  For those first time cruisers, you’ll understand it next year. 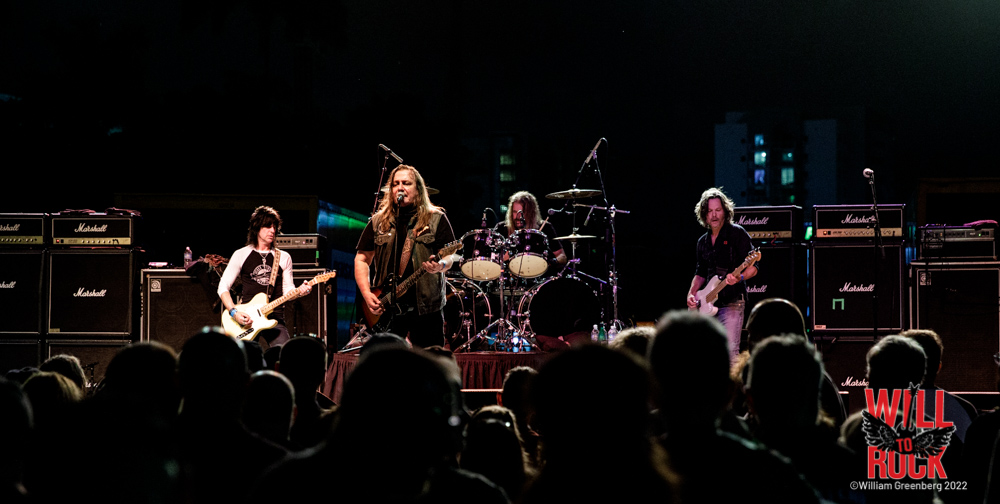 Because I was checking tickets for the arriving Monsters at Magic City Casino for the Pre-Party, my first taste of music was Rhino Bucket.  A band I’ve unfortunately missed here in LA, but was happy to catch a portion of their pre-party set.  As advertised, very AC/DC like in sound and that was a good thing.  It was also one of many glimpses of singer, Georg Dolivo, who was all over the boat checking out other bands and occasionally making an onstage appearance with Dangerous Toys.  Also noticeable that Brian Forsythe (KIX) was back doing double duty with the band. 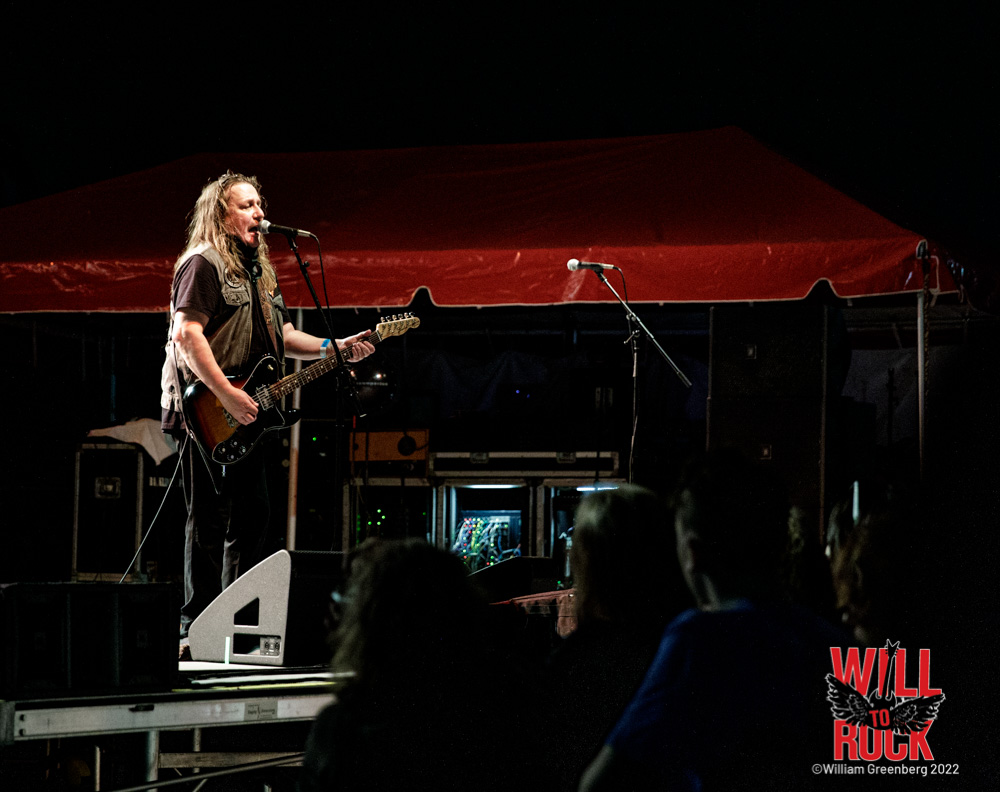 Always great to see Vixen, a MORC staple band (who didn’t make it on the boat this year).  As expected they looked and sounded as great as ever.  The second (see *Vandenberg) surprise of the evening was about 2/3 of the way through their set when bassist Share (Ross) took the mic and announced that she would be leaving the band for the time being (basically because of other things that were going on her life).  And with that, the band made the announcement that Julia Lage (The Sister Knot, Smith/Kotzen) would be taking over the bass duties for the foreseeable future. Julia finished out the rest of the set and then all 5 ladies came out to take a bow together. 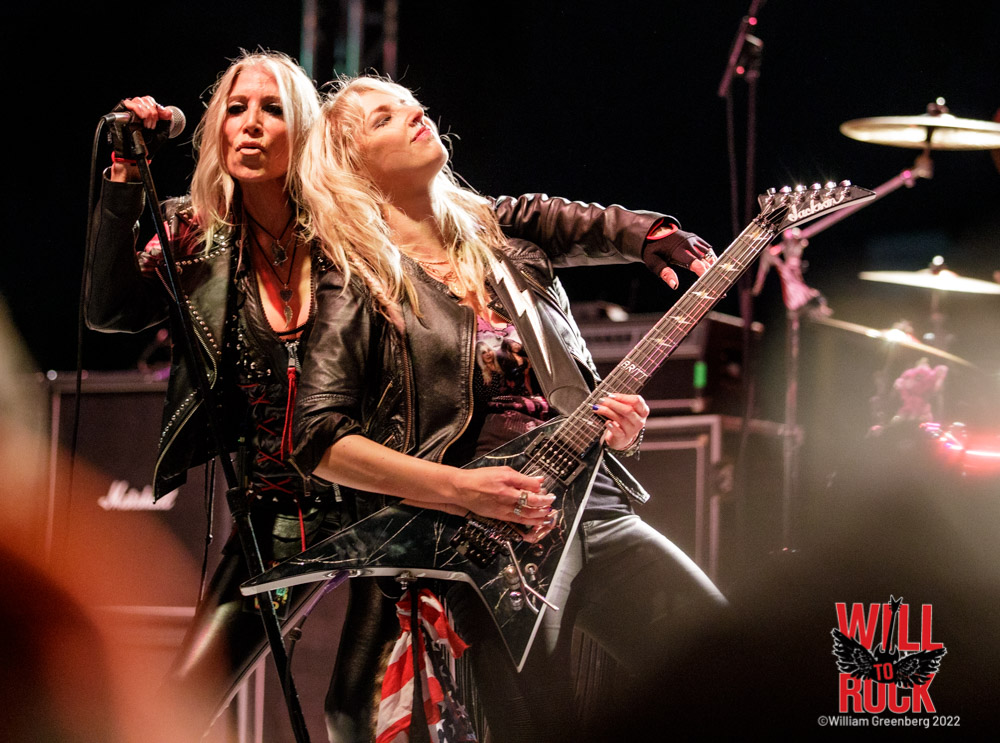 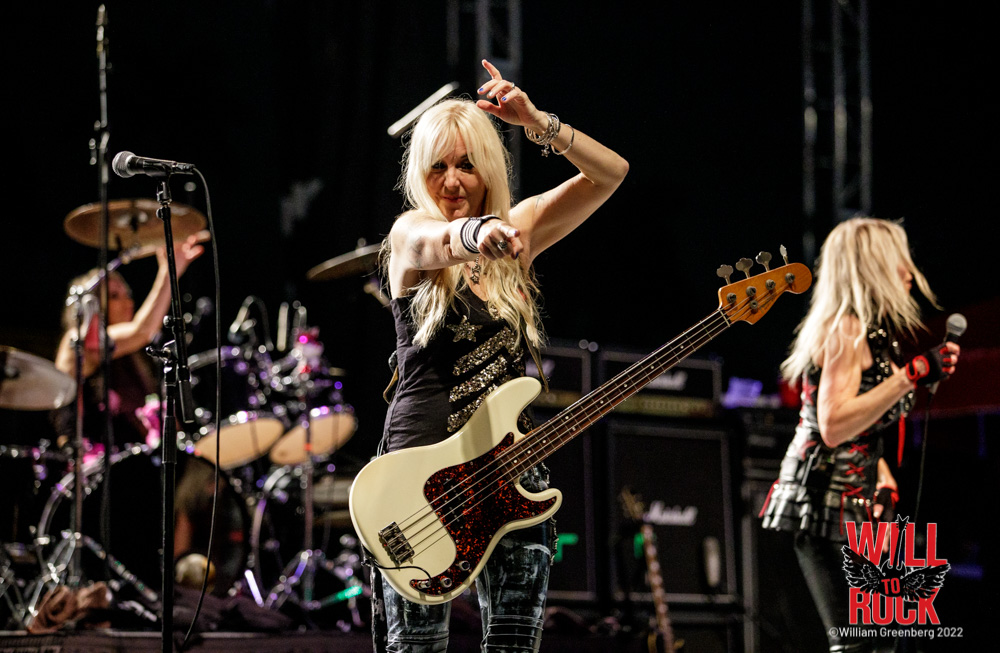 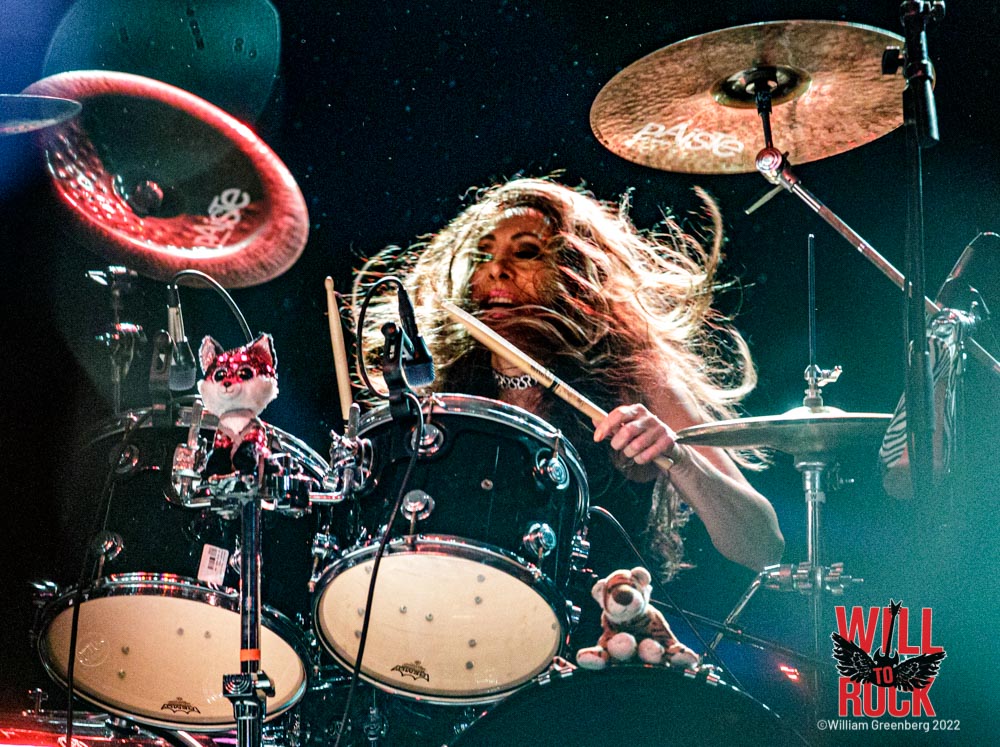 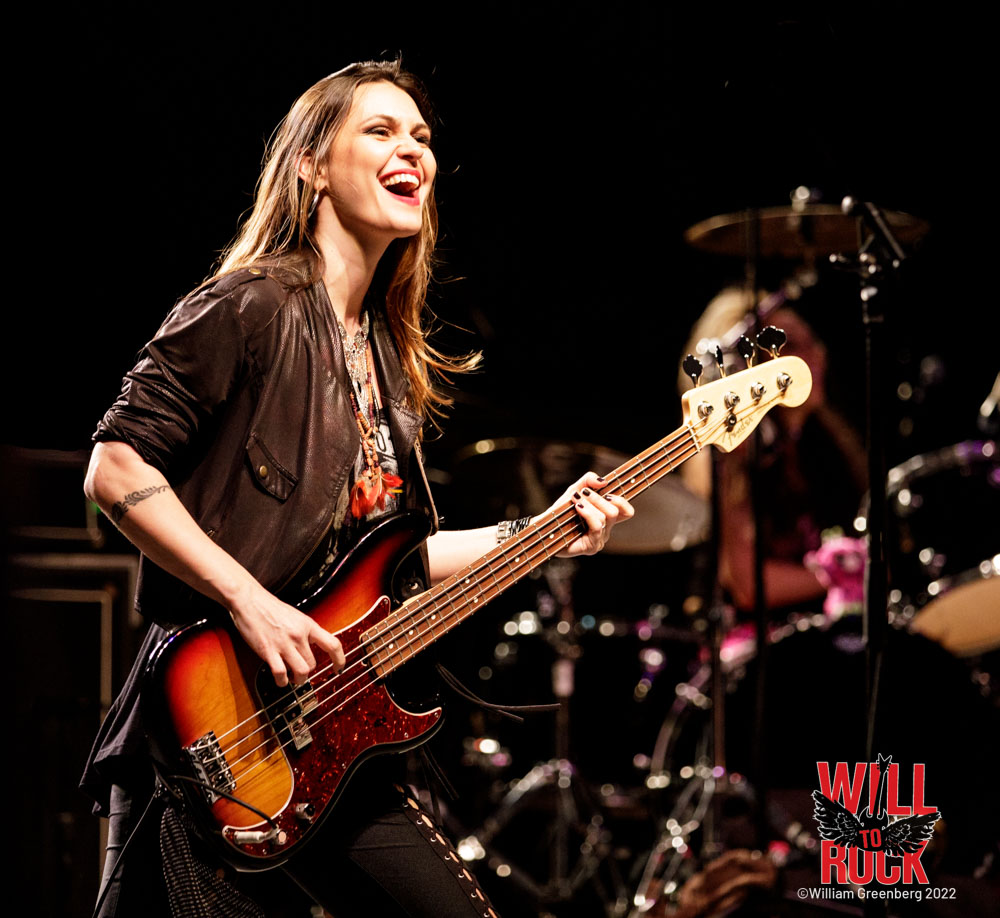 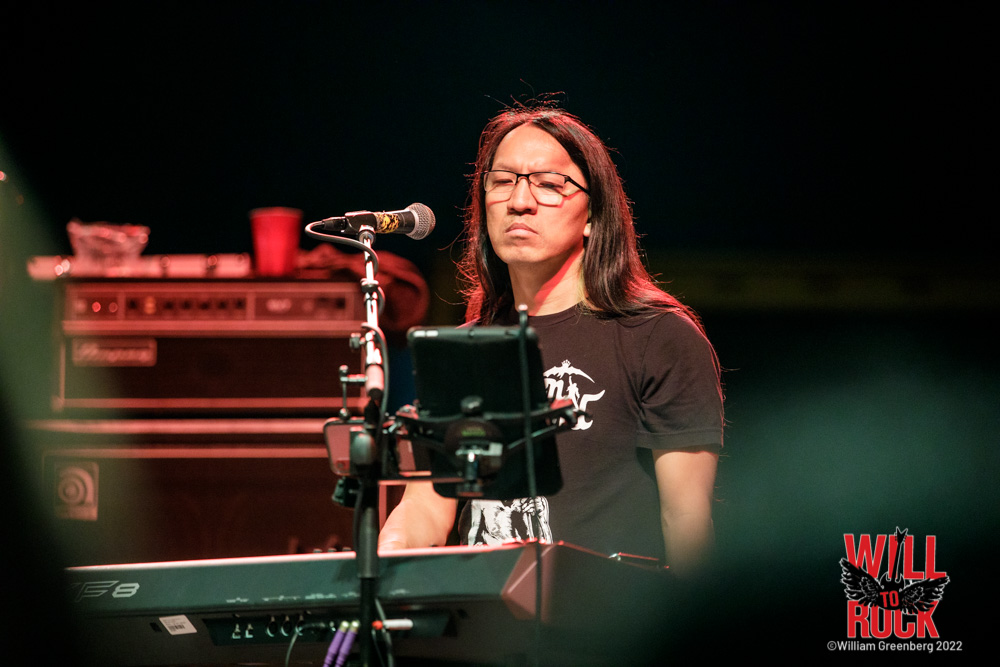 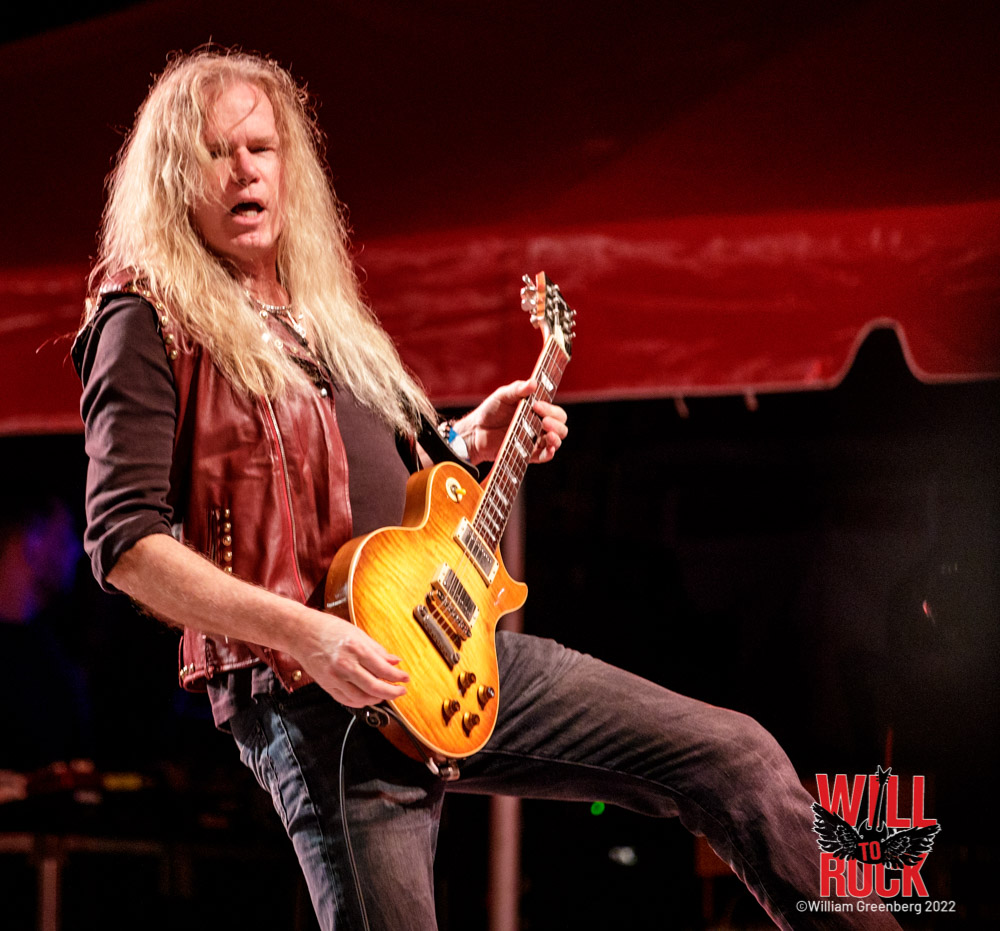 As I alluded to, *the first surprise of the day was when we all received an email with the pre-party set times and instead of Tom Keifer closing out the evening as we all had expected, Vandenberg was now listed as the headliner.  Turns out this was Vandenberg’s second show with the new lineup and their first stateside show in almost 32 years! 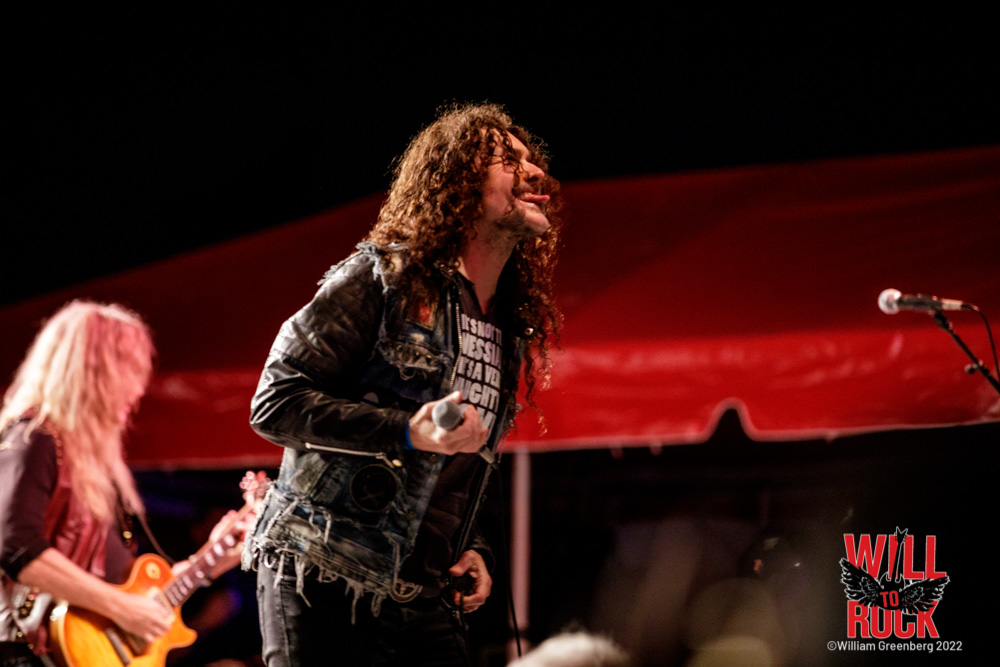 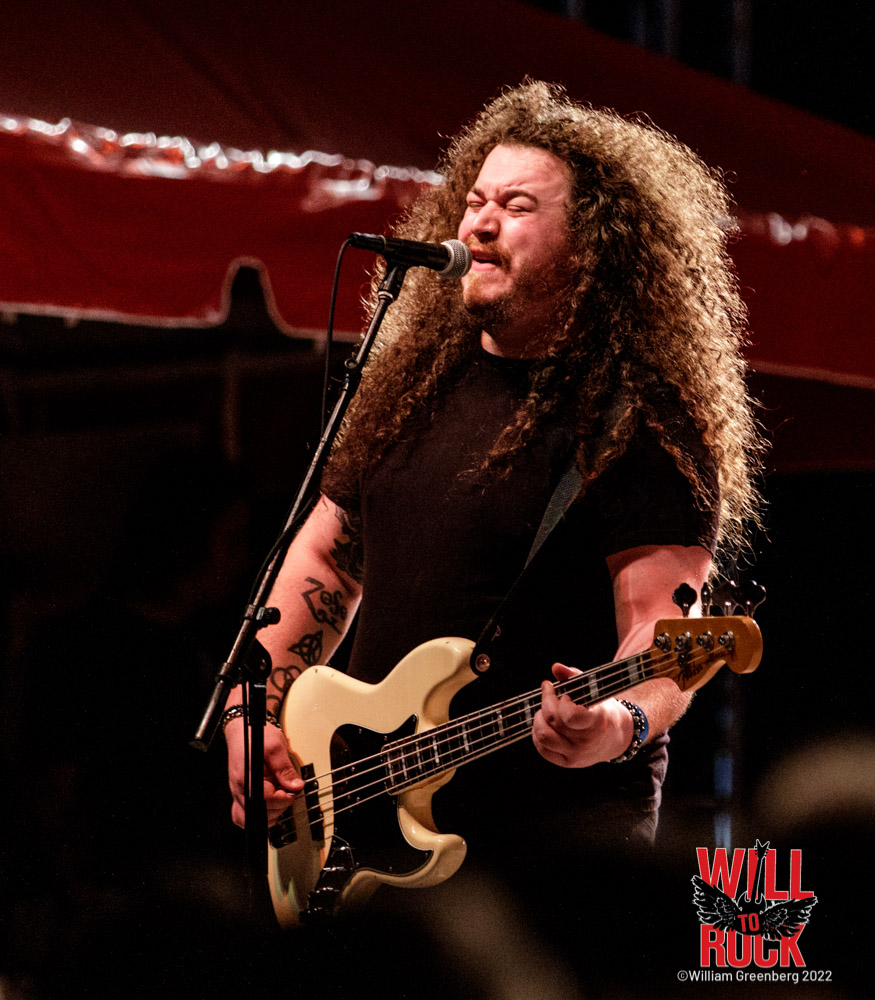 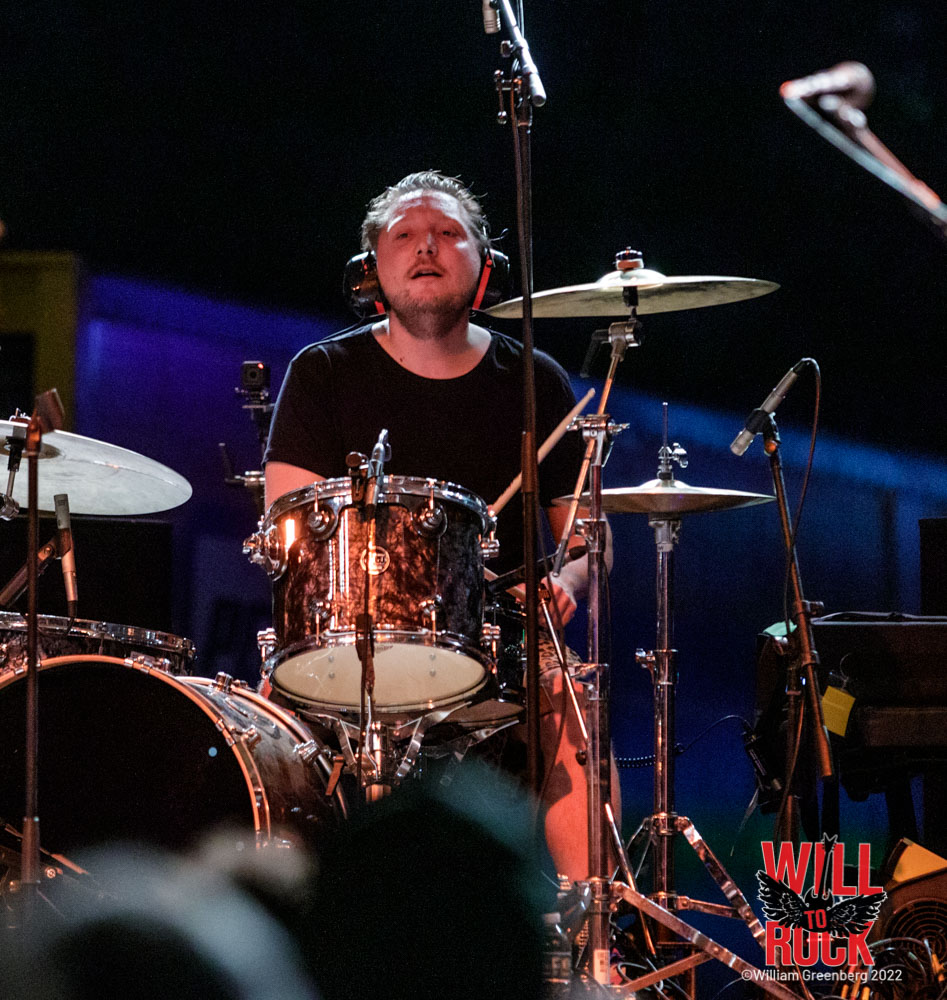 Pre-show there was a lot of grumbling about this change, but afterwards most people were talking about how incredible singer, Mats Levén was.  Amazing stage presence, incredible voice and what I think put him over the top for a lot of people was how great he handled the Vandenberg era Whitesnake songs, namely “Sailing Ships”, “Judgement Day” and “Here I Go Again“. 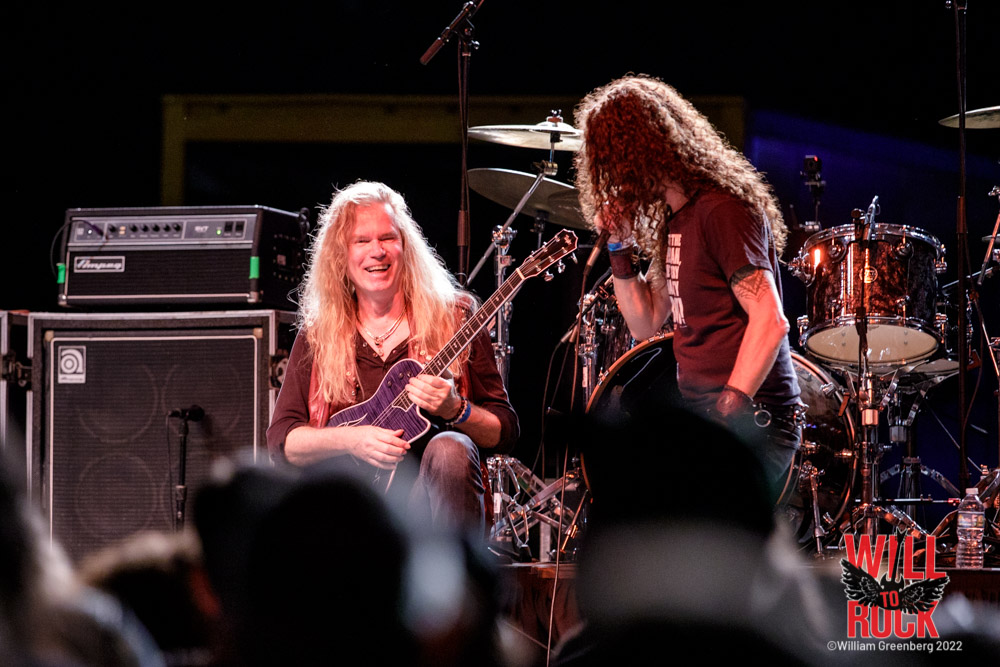 It was amazing to see Adrian back after all this time and that was made more apparent by an additional, 3rd Vandenberg show that was added to the boat’s schedule.

JUDAS PRIEST Return to CA with Firepower and URIAH HEEP –...