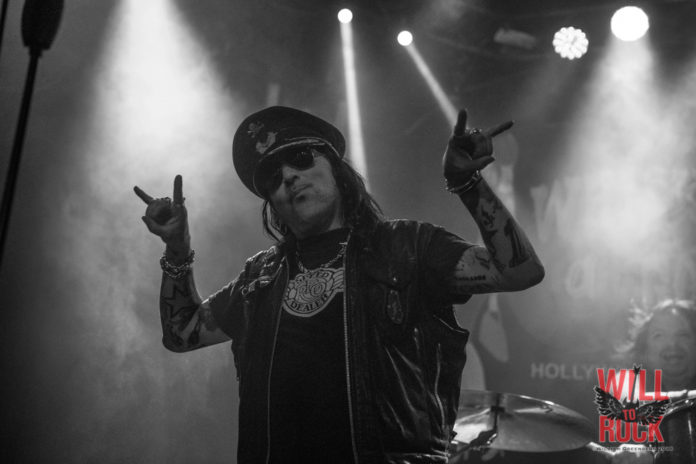 So…  what does Faster Pussycat look like with a highly publicized, sober Taime Downe?  Very much like they did before.  He sounded just like he always has. Taime is fucking Rad! 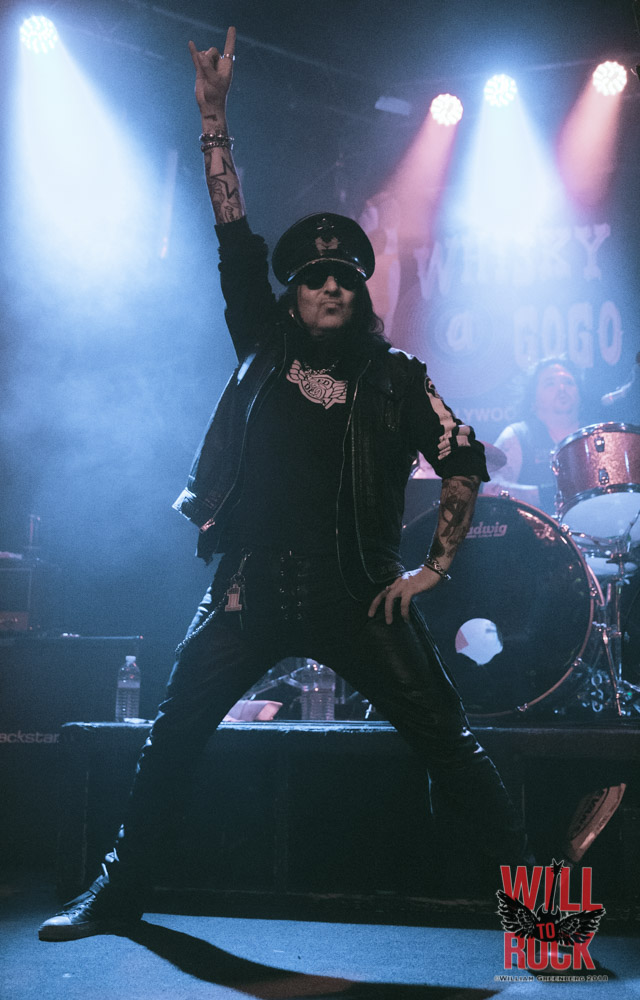 Friday night, Faster Pussycat returned to the legendary Whisky a Go Go in Hollywood to give their fans some raunchy, rock n roll. Having seen FP quite a bunch of times over the past few years, It’s come to be a show that I can go to and set my ears on cruise control. Except for Ace Von Johnson (who joined in 2010), this version of the band has been around for 17+ years.  They’re a solid band who run through the FP catalog with ease. You’re going to get nothing more, nothing less. That’s not a knock…  It’s just the band haven’t released any new music since 2006’s “The Power And The Glory Hole”. Still Taime and the boys have been touring constantly, keeping the fans engaged and invested in what may come. 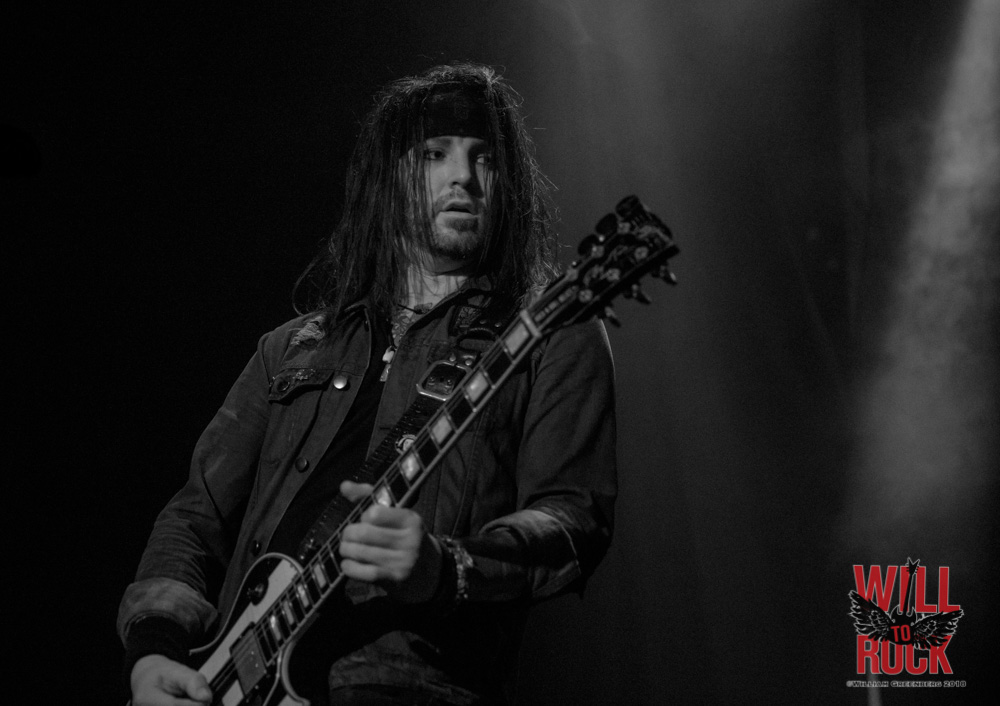 There’s talk that there will be some new tunes soon which, if it’s a full collaboration, I would imagine would be pretty gritty based on the influences and roots of the members Taime has amassed around him. Speaking of the band, besides original vocalist, Taime Downe, the band is Ace Von Johnson (most lead guitars), Xristian Simon (rhythm guitar), Danny Nordahl  (bass) and Chad Stewart (drums). 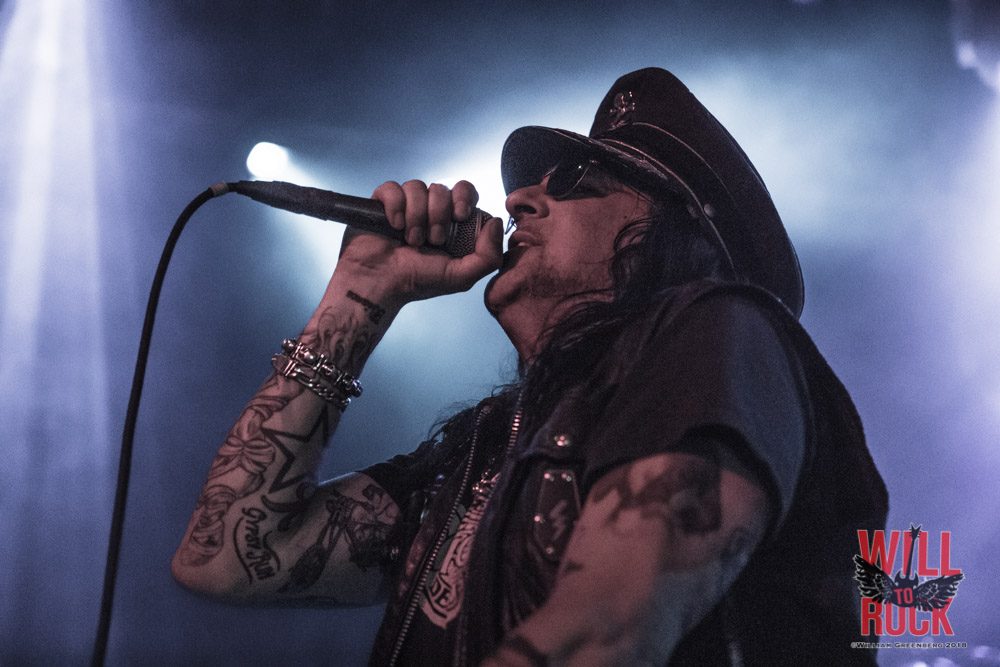 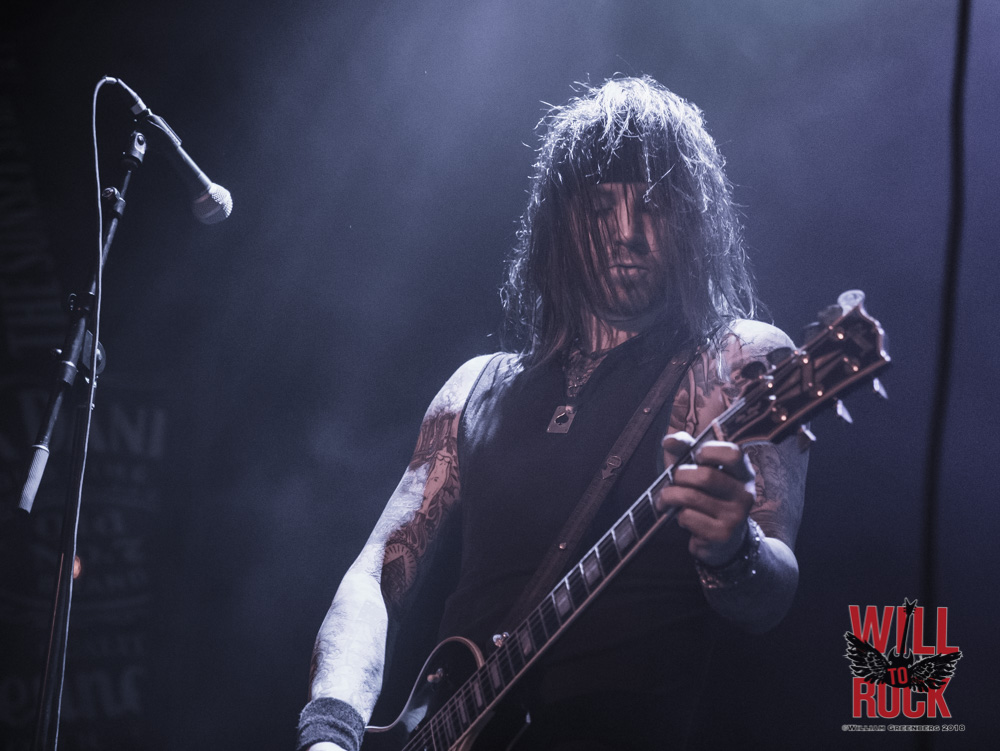 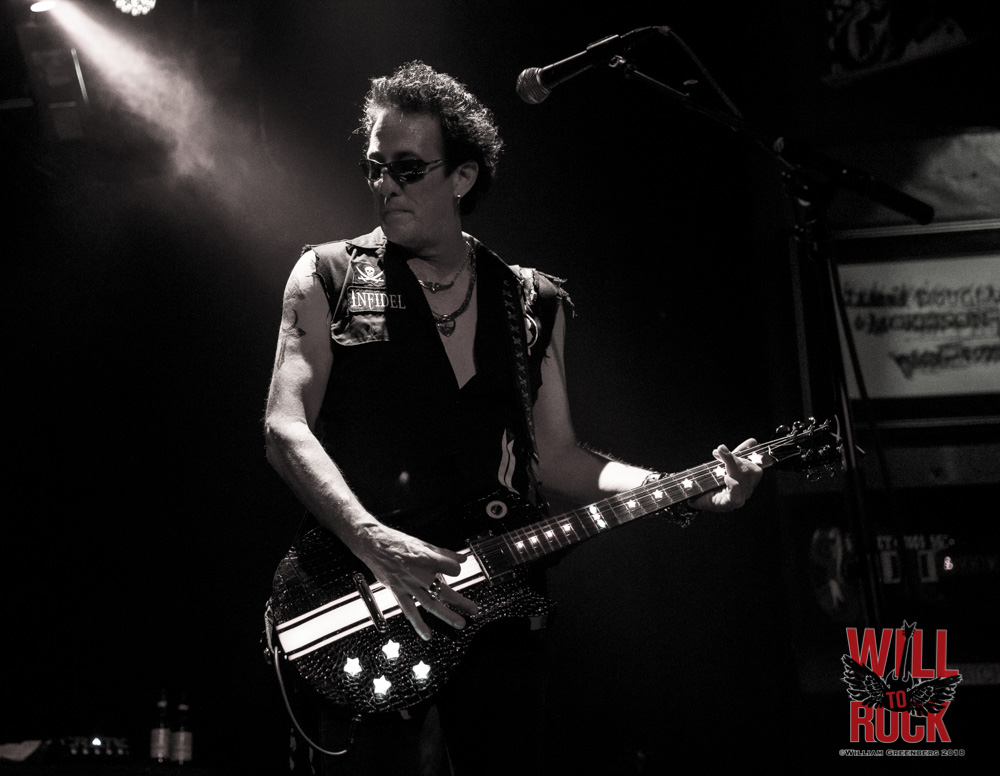 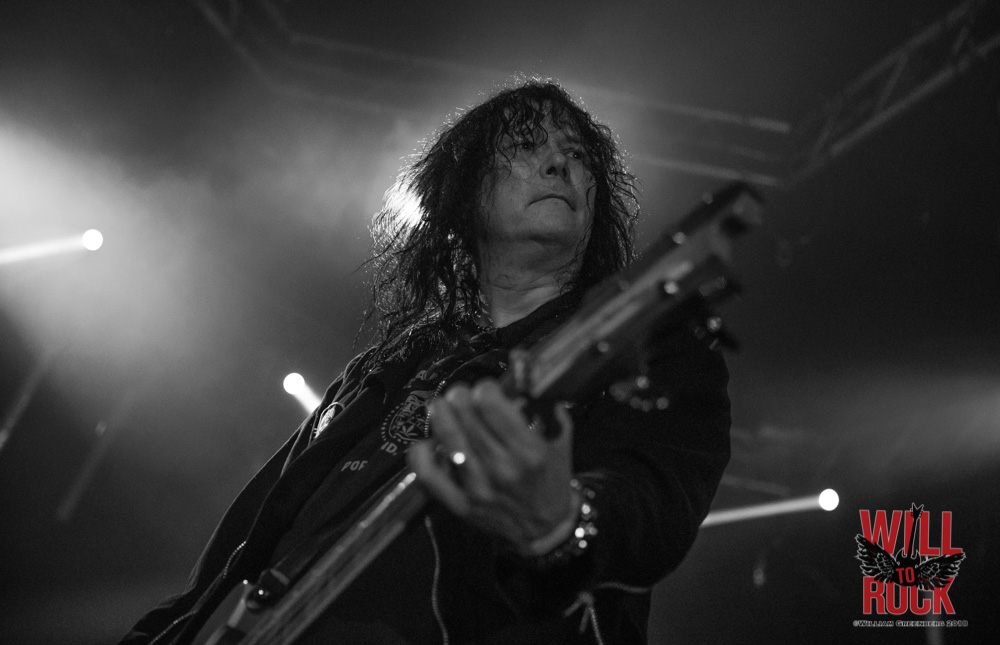 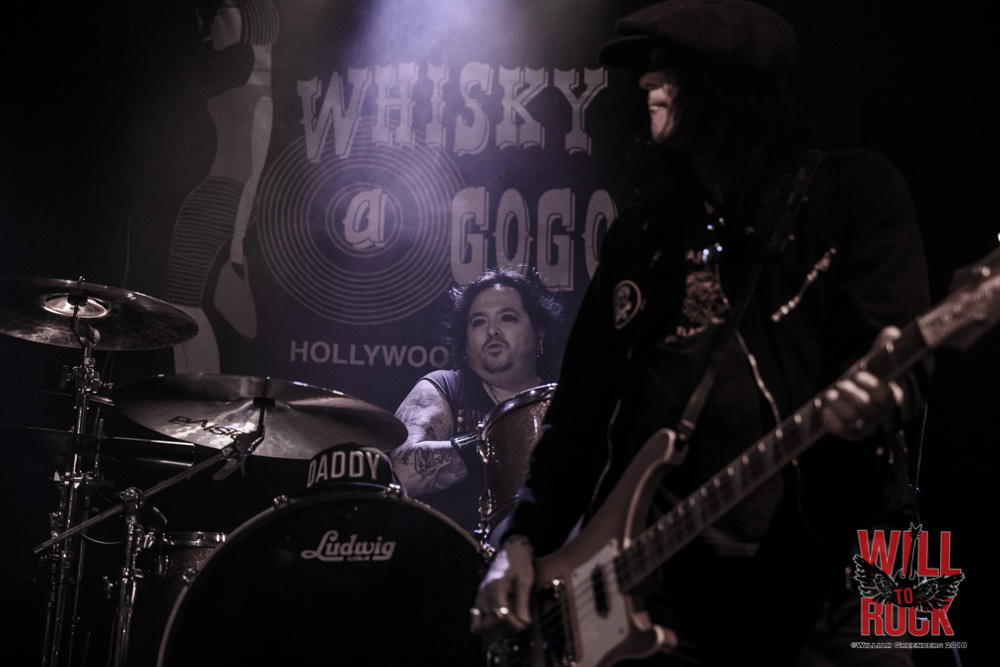 I want to give some kudos to Taime.  The hard partying frontman had a pretty big health scare last year while on the road and instead of spiraling down a dead end road and joining many before him who waited too late, he’s laid off the booze & cigarettes and hasn’t lost a step in the process.  If the vices were his Dumbo feather, he’s found he’s able to fly on his own just fine. It’s actually kind of cool to see that he has the phantom limb syndrome, often stretching his fingers out in a “v” holding those (imaginary) cigarettes that were a staple of any Pussycat show. 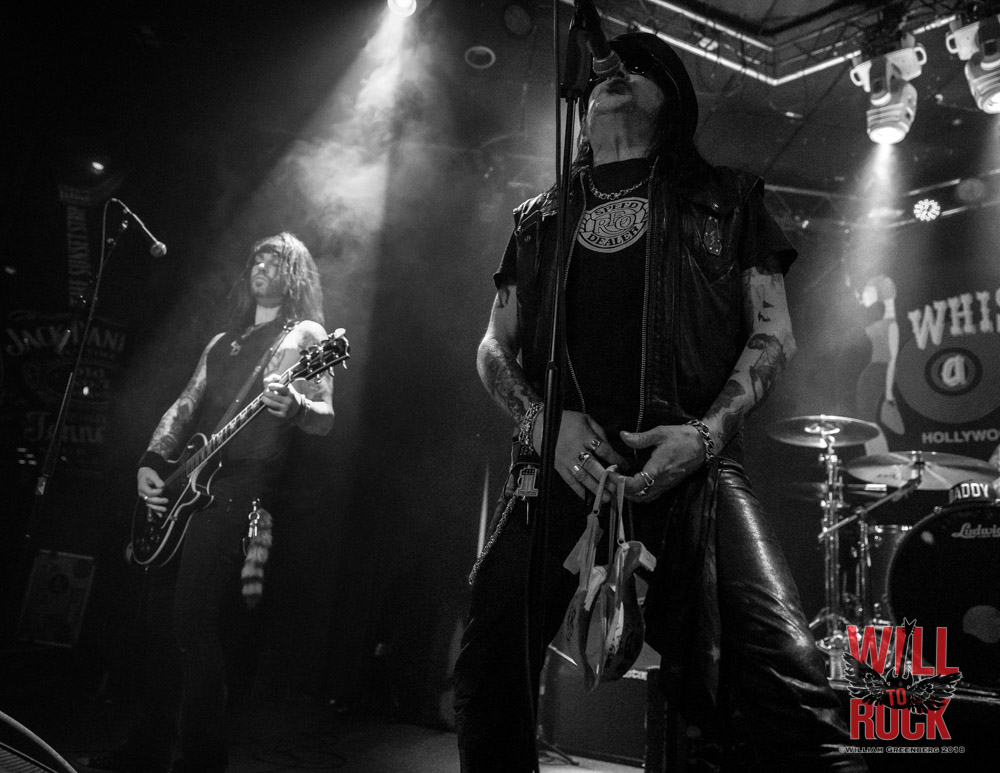 If Taime is the heart of the band, I’d say Ace and Chad are the collective spine.  On stage they help keep things together.  Ace brings all the classic Pussycat riffs to life while adding some of his own, raw punk roots styling to the proceedings.  Chad is a great singer in his own right and definitely adds an added oomph to the background vocals.  He even took the spotlight (with an assist from Hollywood Roses singer, Colby Veil) on the AC/DC classic, “Sin City“. From Ace’s reaction, it seems Chad called a last minute audible, switching the song from “Highway To Hell“.  “Good job on picking a song we didn’t rehearse!”.  Regardless, like the pros they are, the band nailed it. 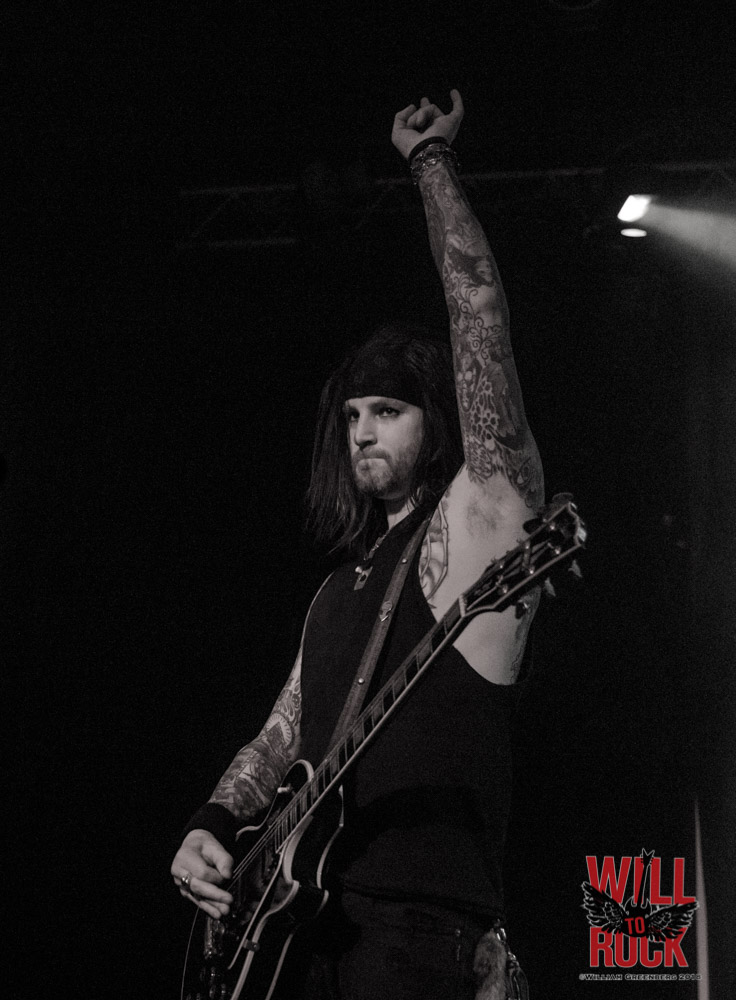 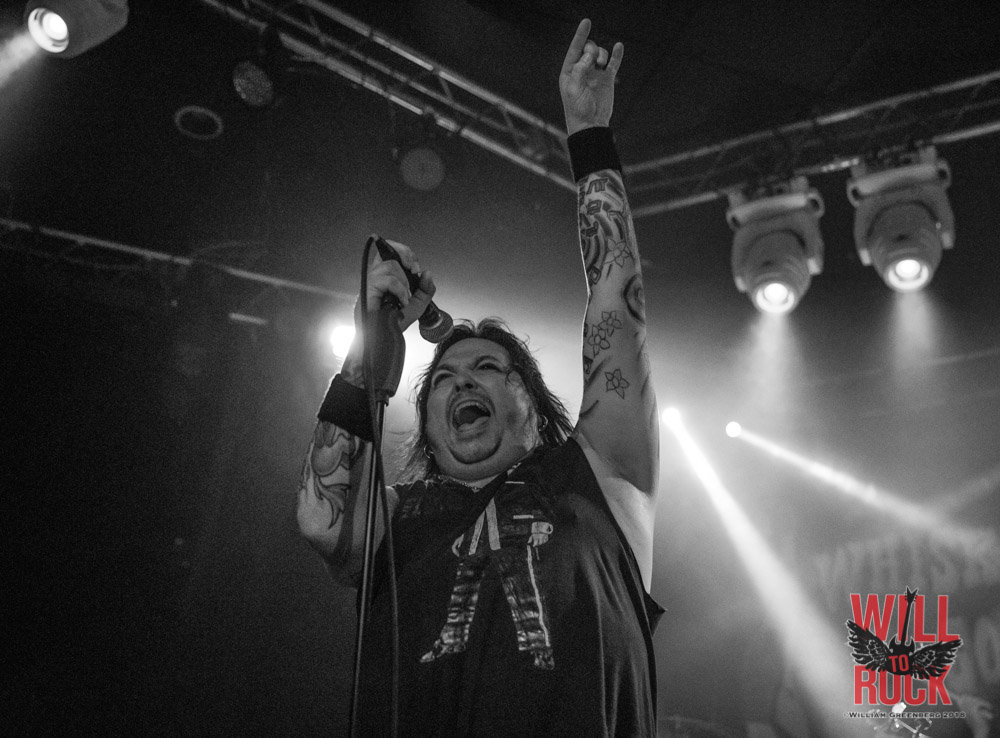 All the songs you’d expect were present, kicking off with “Jack The Bastard“, “Where There’s A Whip There’s A Way“, “Cathouse“, “Bathroom Wall” complete with a Danny Nordahl led version of the Supersucker’s, “Pretty Fucked Up” grown into the middle and of course Taime poppin’ a squat up front to slow it down for “House Of Pain“. After final song of the evening, “Babylon“, complete with “Ace Of Spades” outro, the band departed. 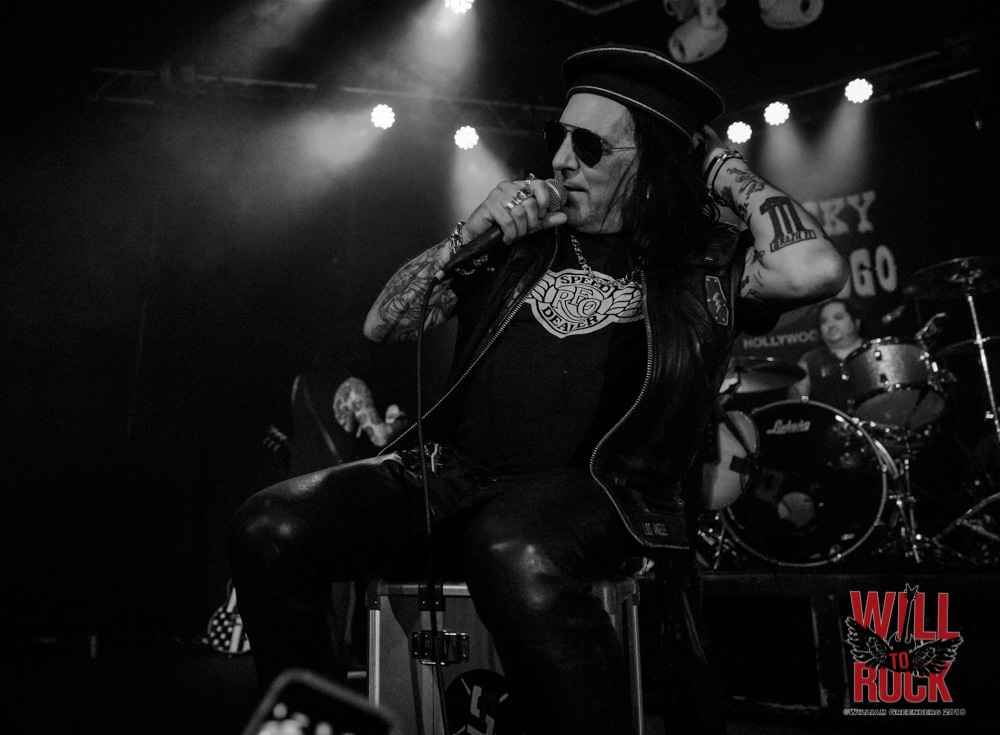 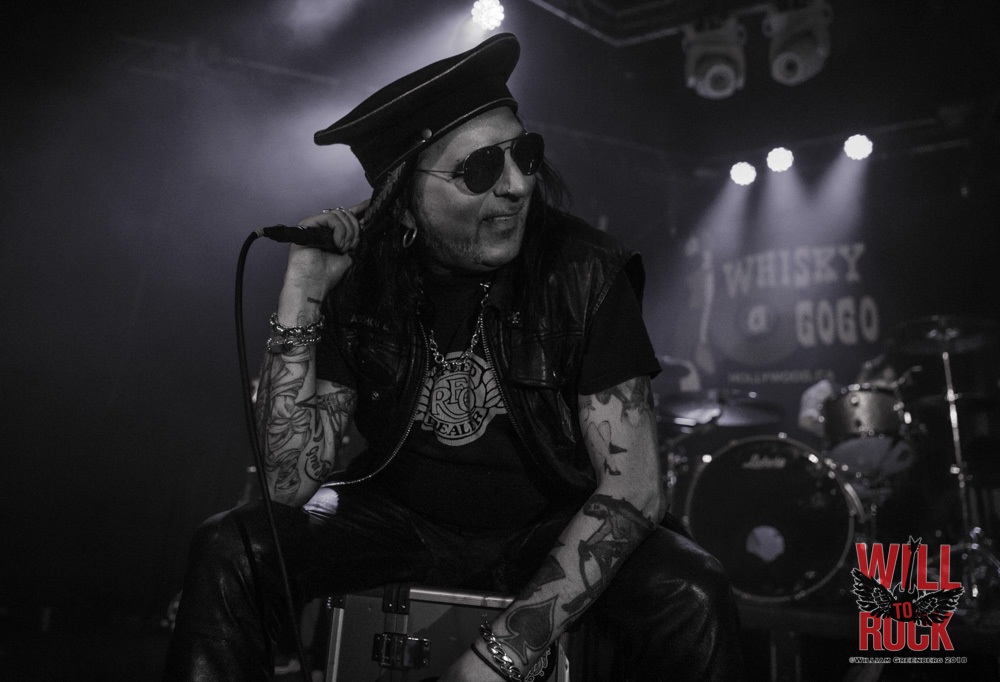 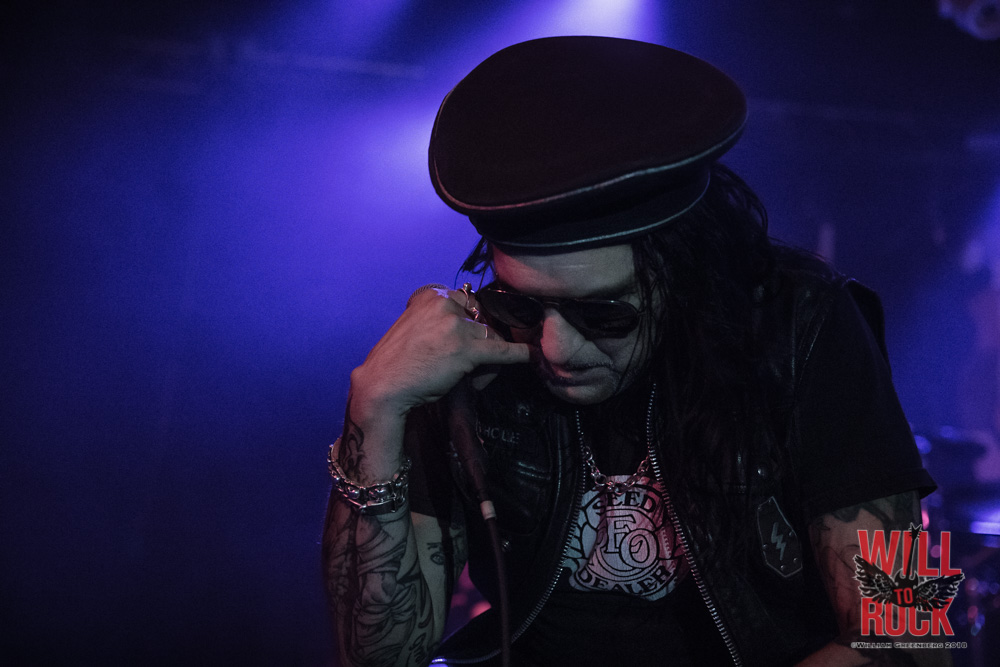 Faster Pussycat are going to be touring pretty steadily through the Summer with some other felines, Gun’s Roses Tribute band, Paradise Kitty, joining them on the way. Grab your tickets now! 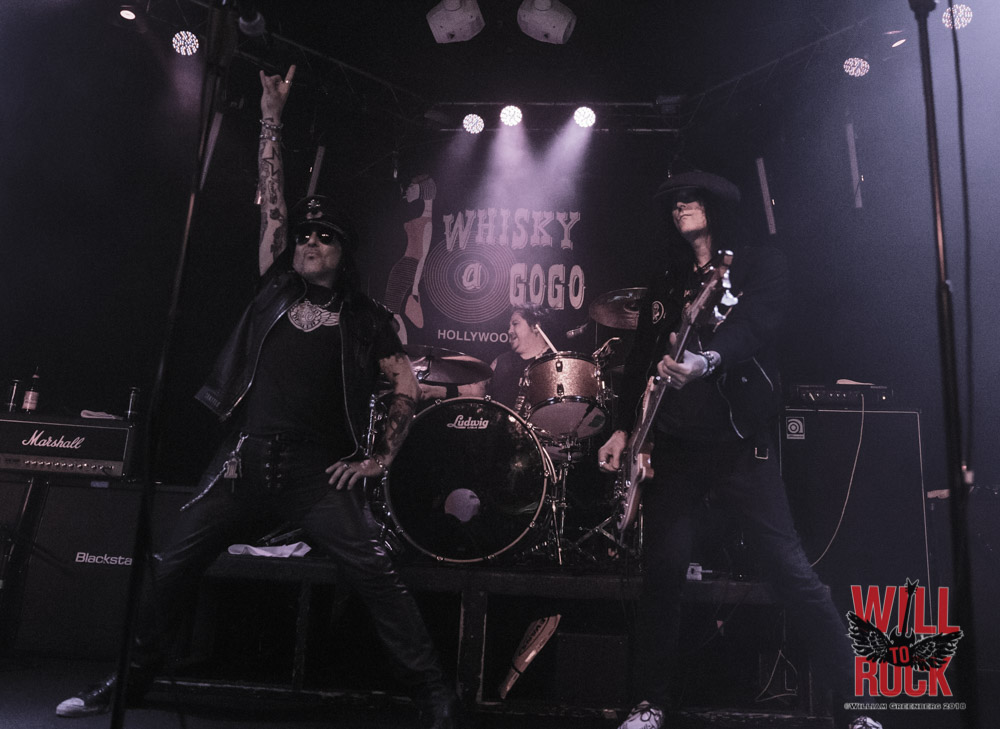 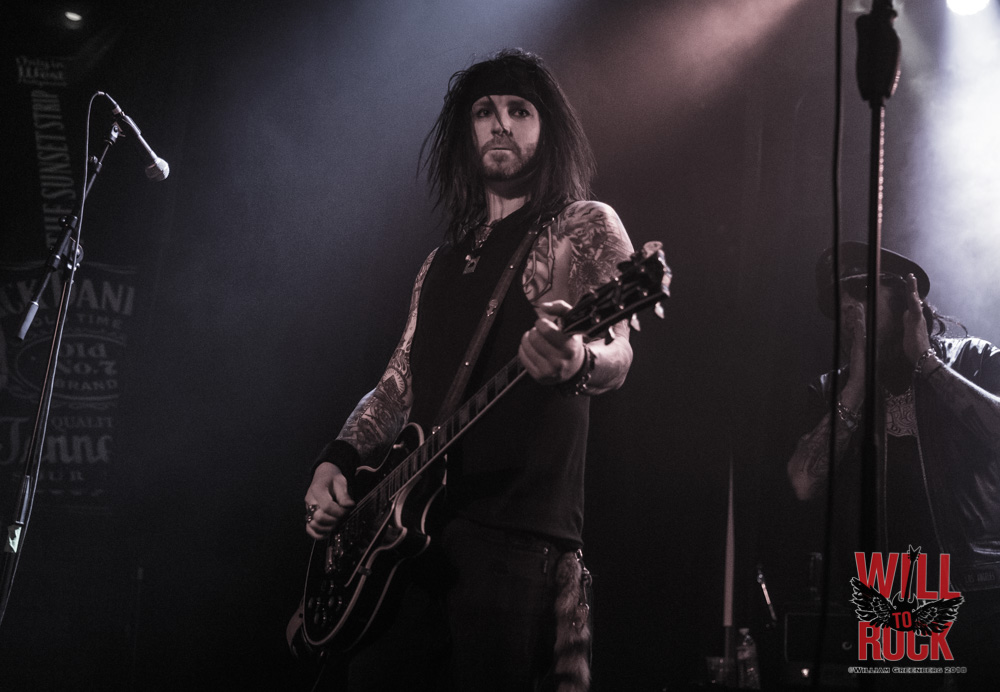 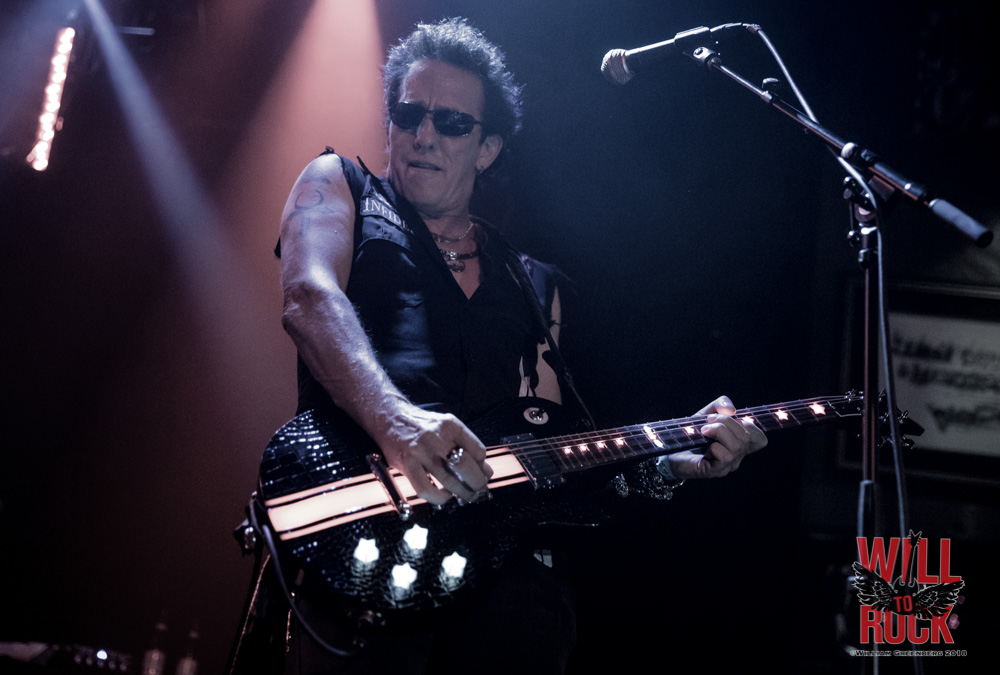 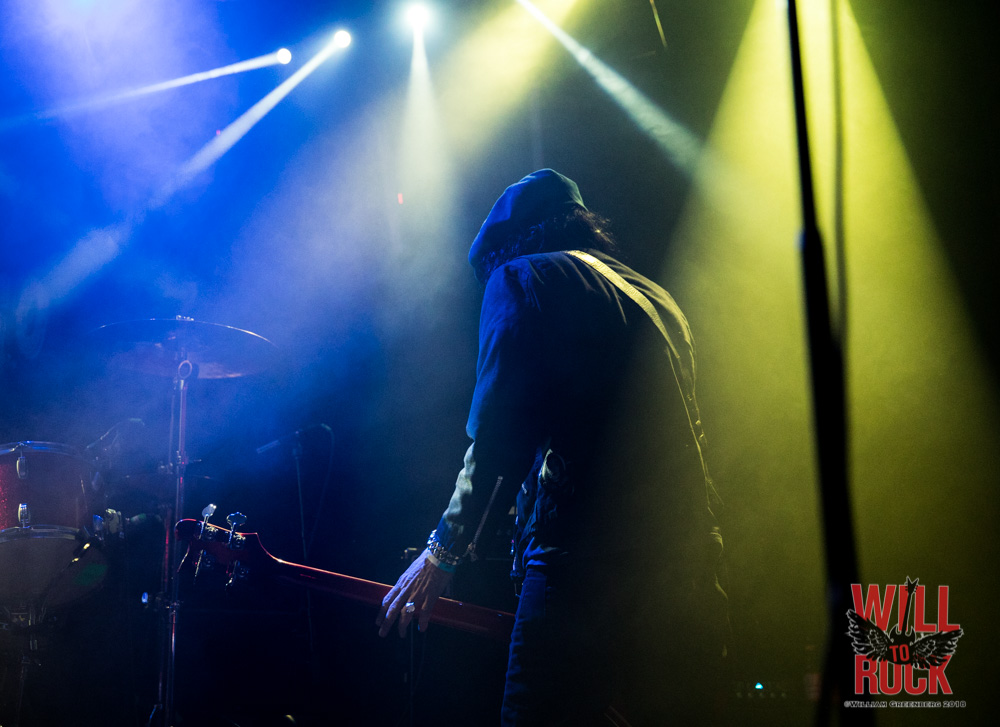 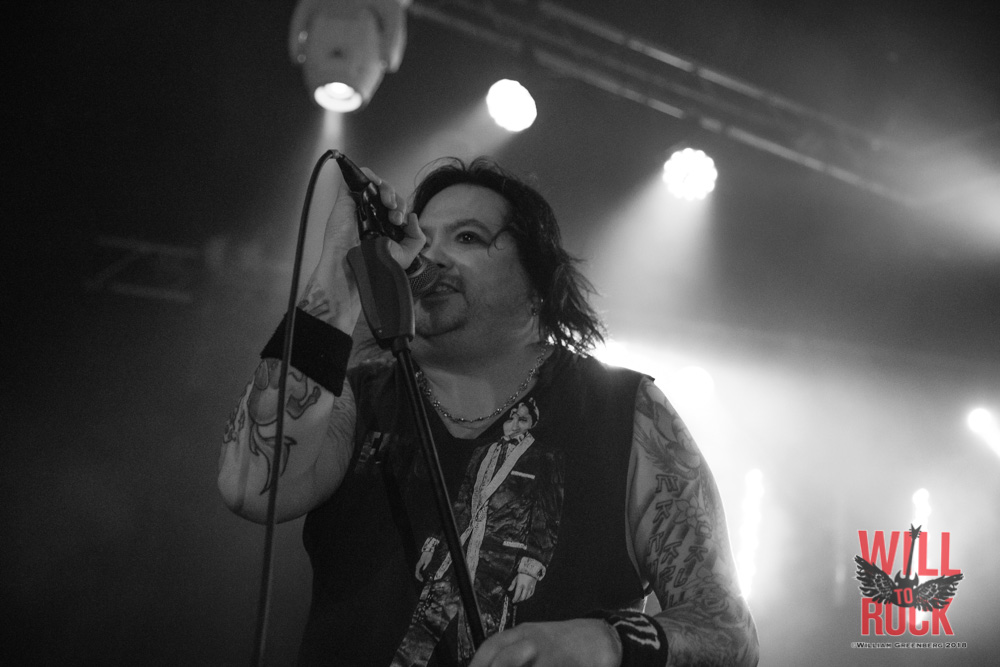 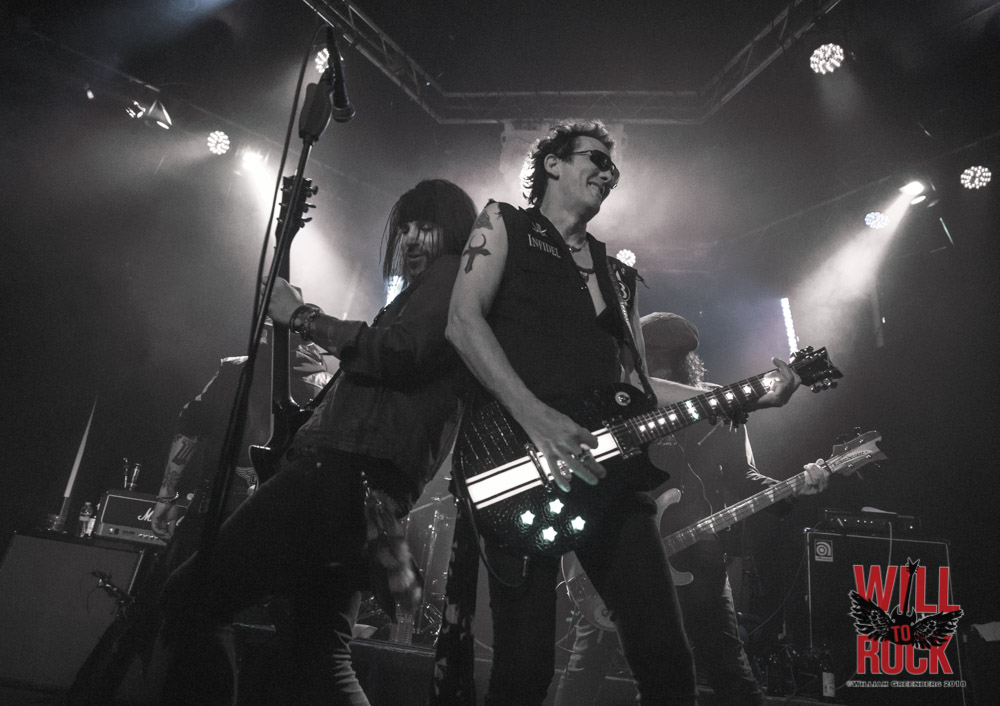