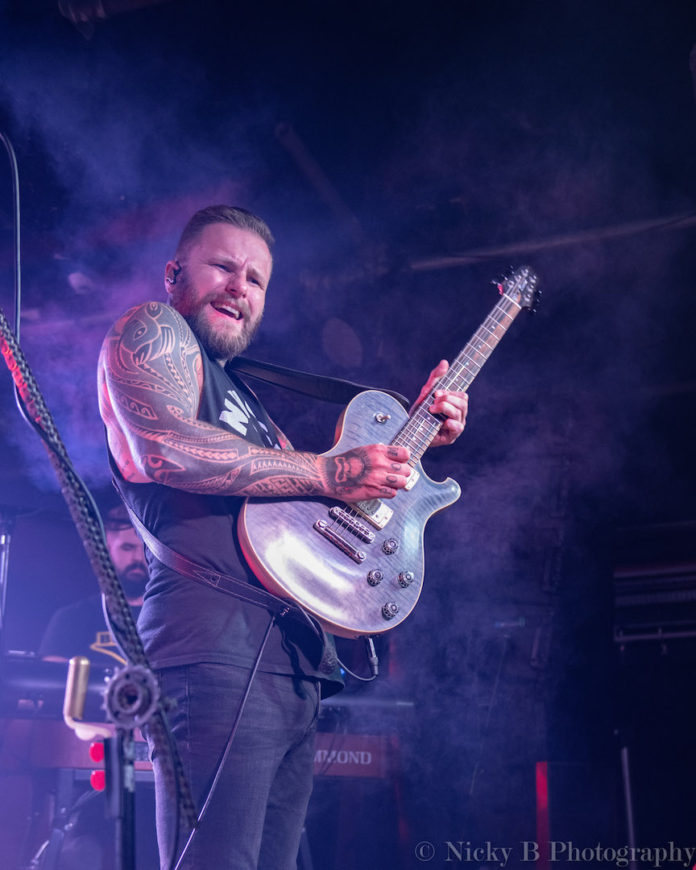 A very wet Friday evening in Manchester was made brighter by the thought of going to see Kris Barras Band.  I have seen the band several times now, and they never fail to disappoint, so I was suitably excited.  I first saw Kris Barras Band at a small venue where they played to a moderate crowd of less than 100; fast forward just 18 months and the band are playing tonight to a packed Manchester Academy.  Quite a few of the dates of this tour completely sold out.  The band have a very loyal fanbase which is growing rapidly. 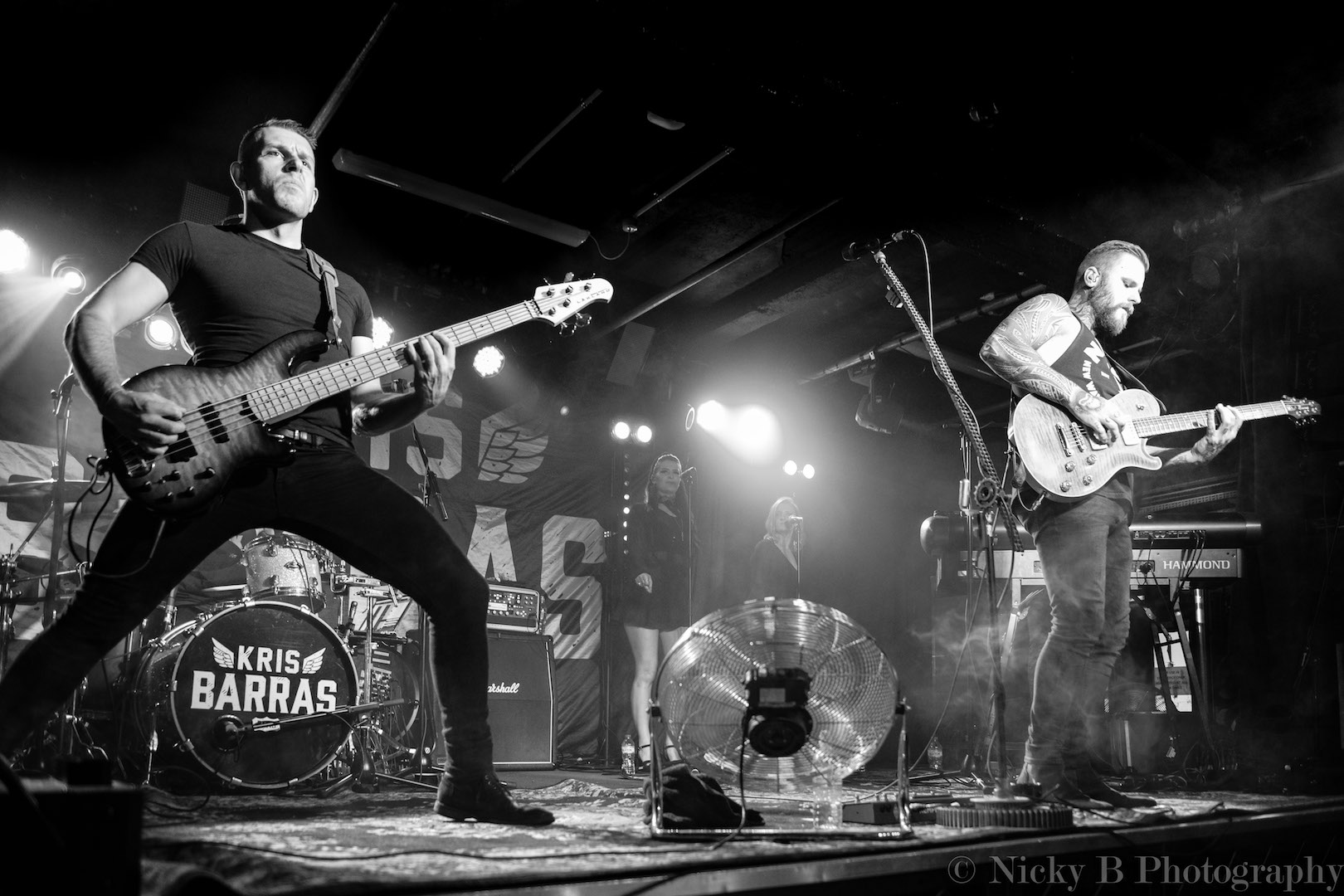 The support for the band tonight was British blues singer Elles Bailey.  Unfortunately, due to a problem with my photo pass I missed the first half of her short set.  However, I was really impressed with the small part of her set I did see. 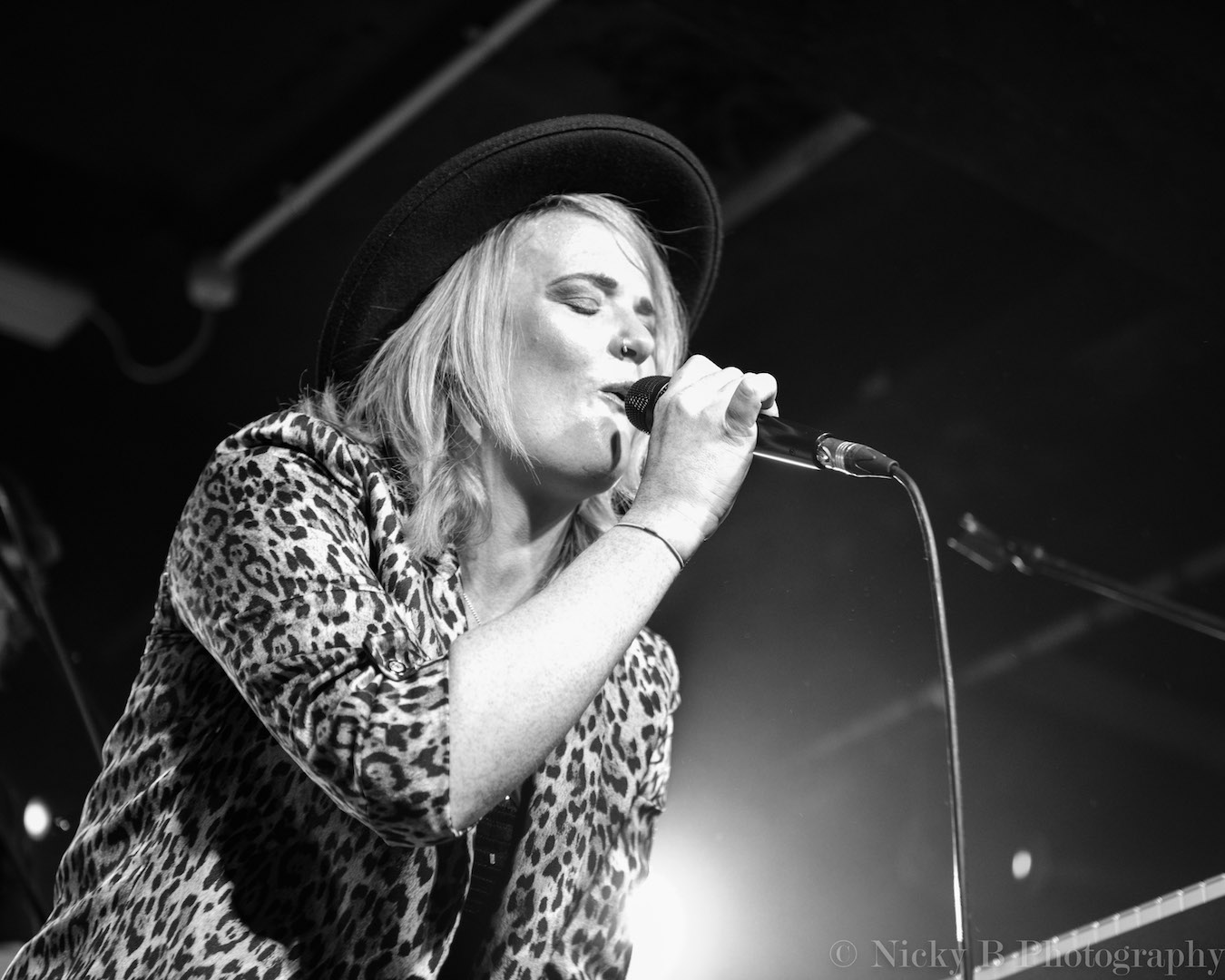 Elles has a silky smooth, soulful voice that instantly captures your attention and her four-piece band complimented her talent perfectly.   The crowd also seemed very impressed with her performance.  I suspect many of them will be going out to see her again on her headline tour starting in November.  One venue Elles announced would be The Met in Bury.  Elles released her second album ‘Road I Call Home’ earlier this year which has been received very well indeed.  I for one will definitely be going to see her again.

With the venue now full, there was only a short wait before the Kris Barras Band graced the stage.   The band have a slightly different set up from the previous times I have seen them.  One being new drummer Billy Hammett and the second being the introduction of backing singers Phoebe Jane and Alex Hart. 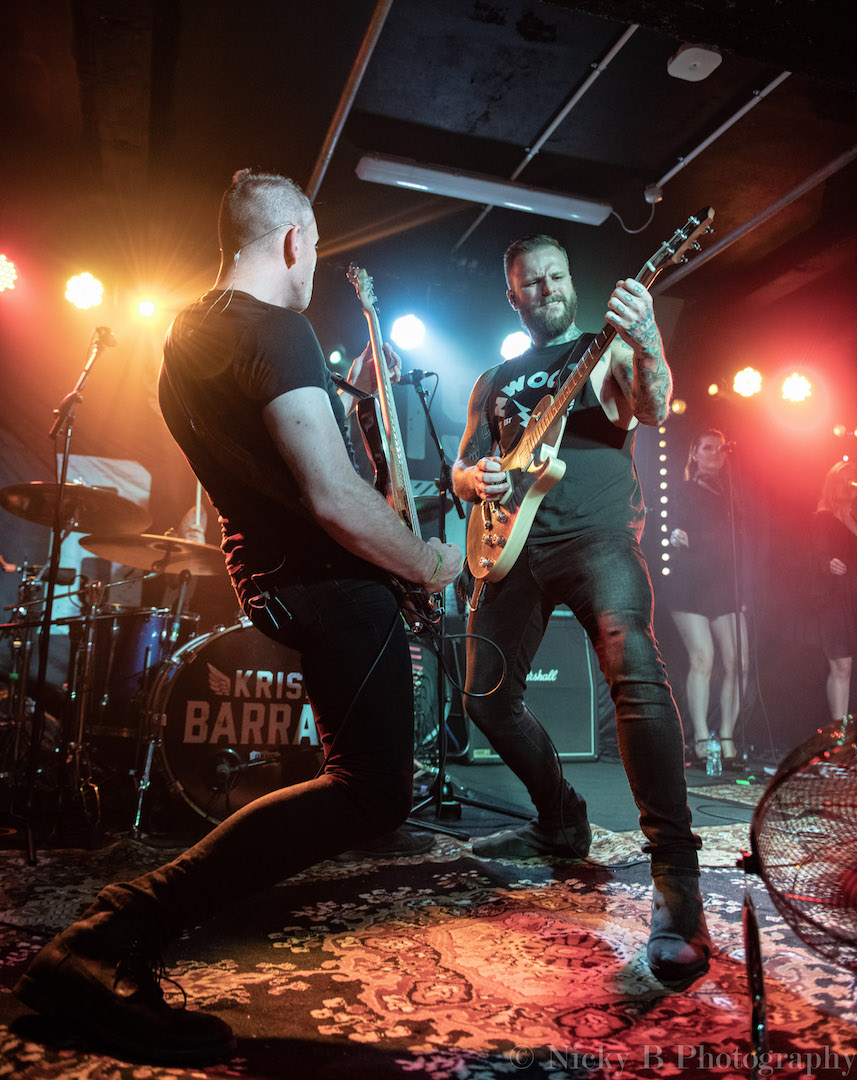 Following a plume of smoke and lights, the band kicked off with ‘Light It Up’ the title track from their fabulous new album.  The fast pace continued with songs from the old and new albums.  ‘Counterfeit People’, ‘Rock n Roll Running’, ‘What a Way To Go’.   Just when you think the KB Band can not get any better, they turn up and blow it out of the park yet again. 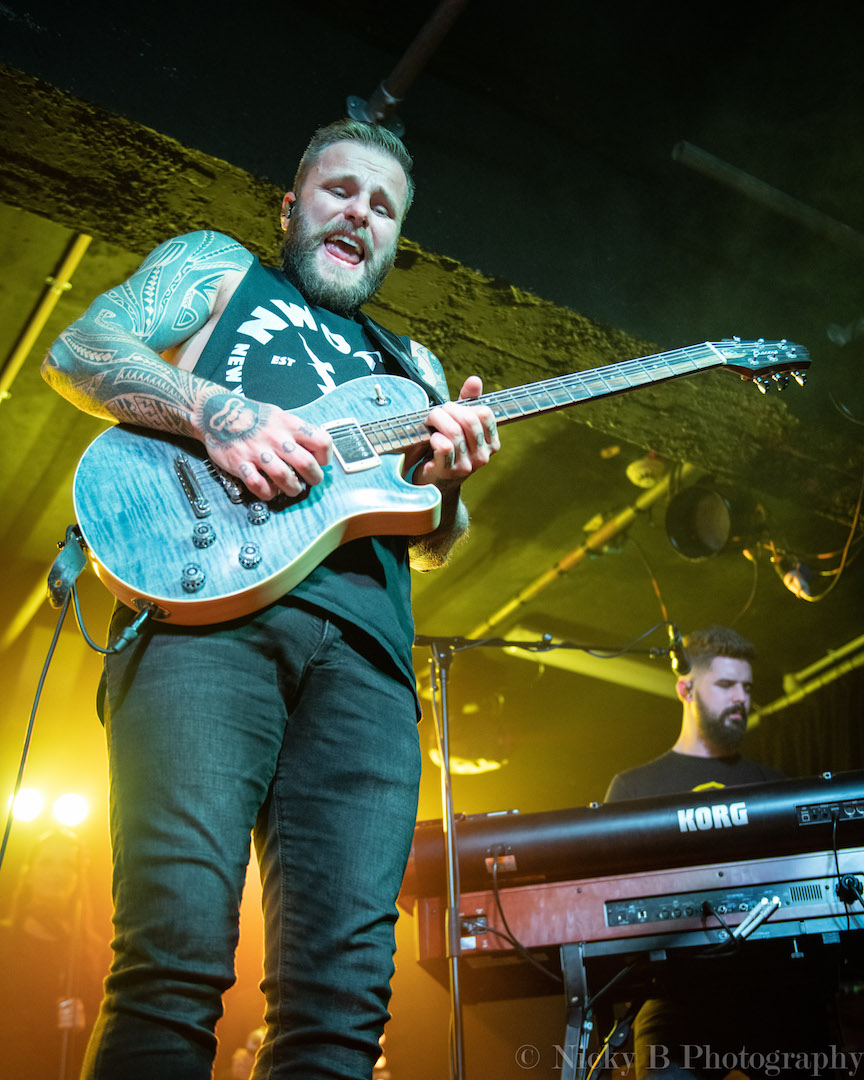 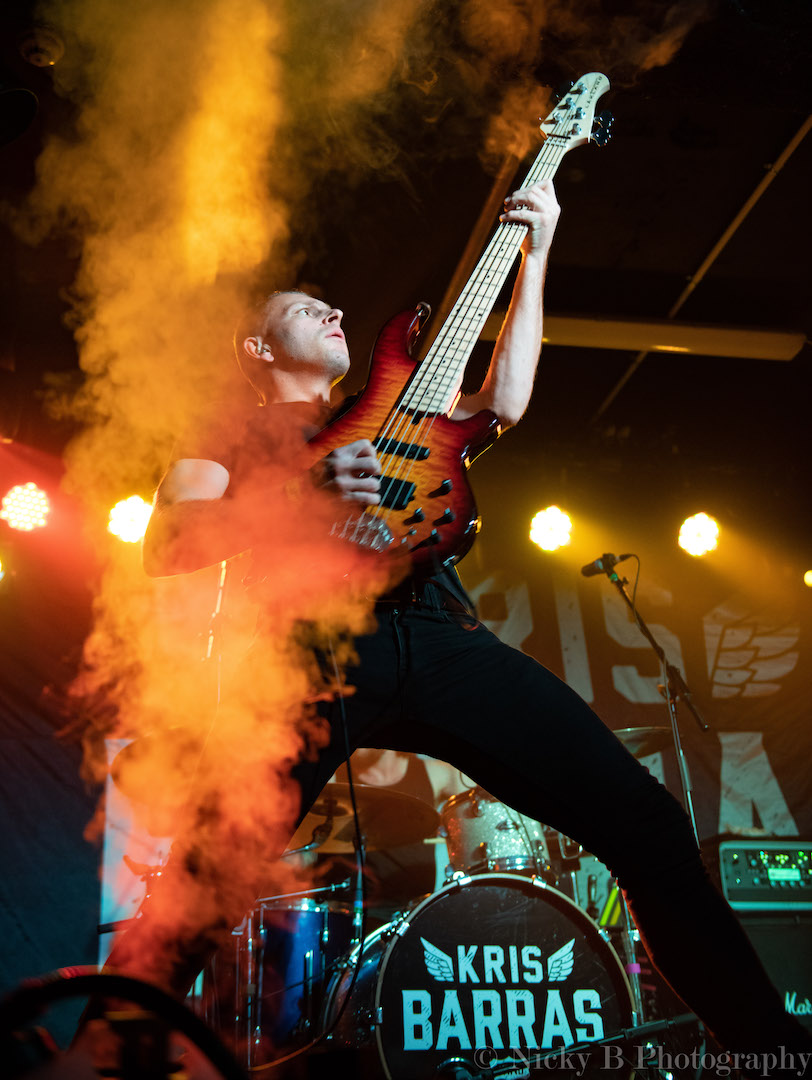 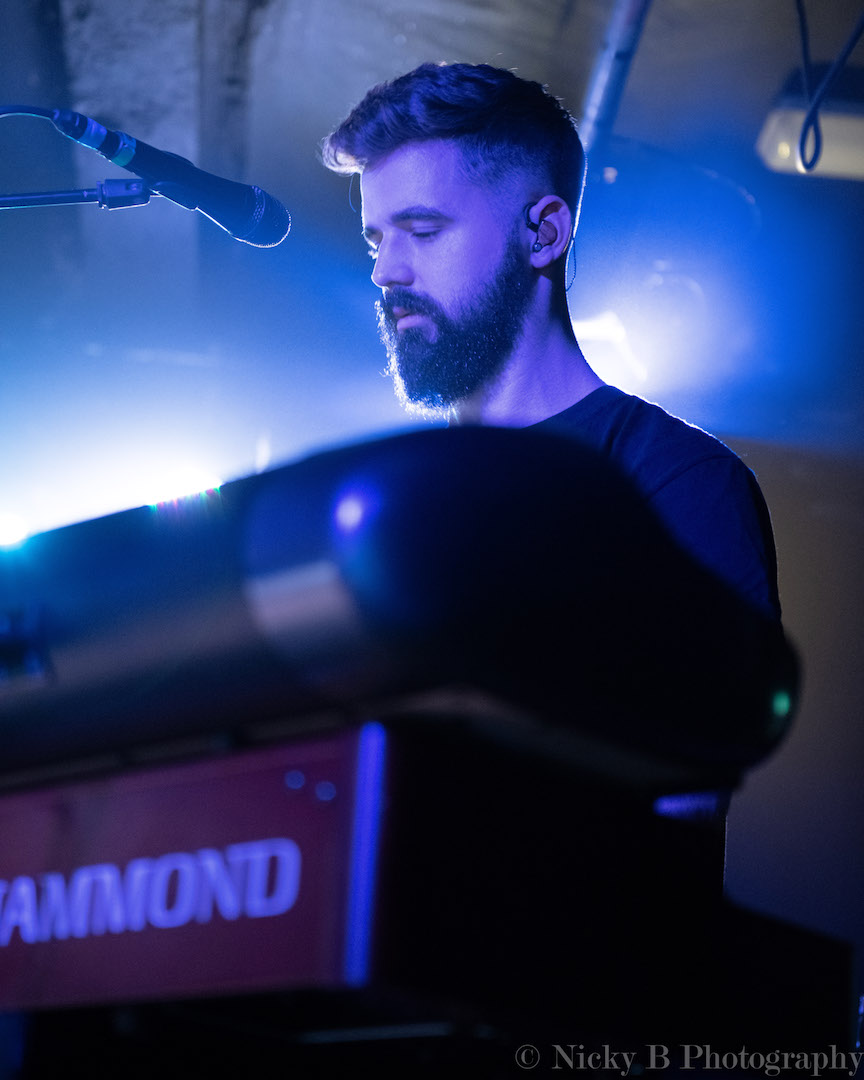 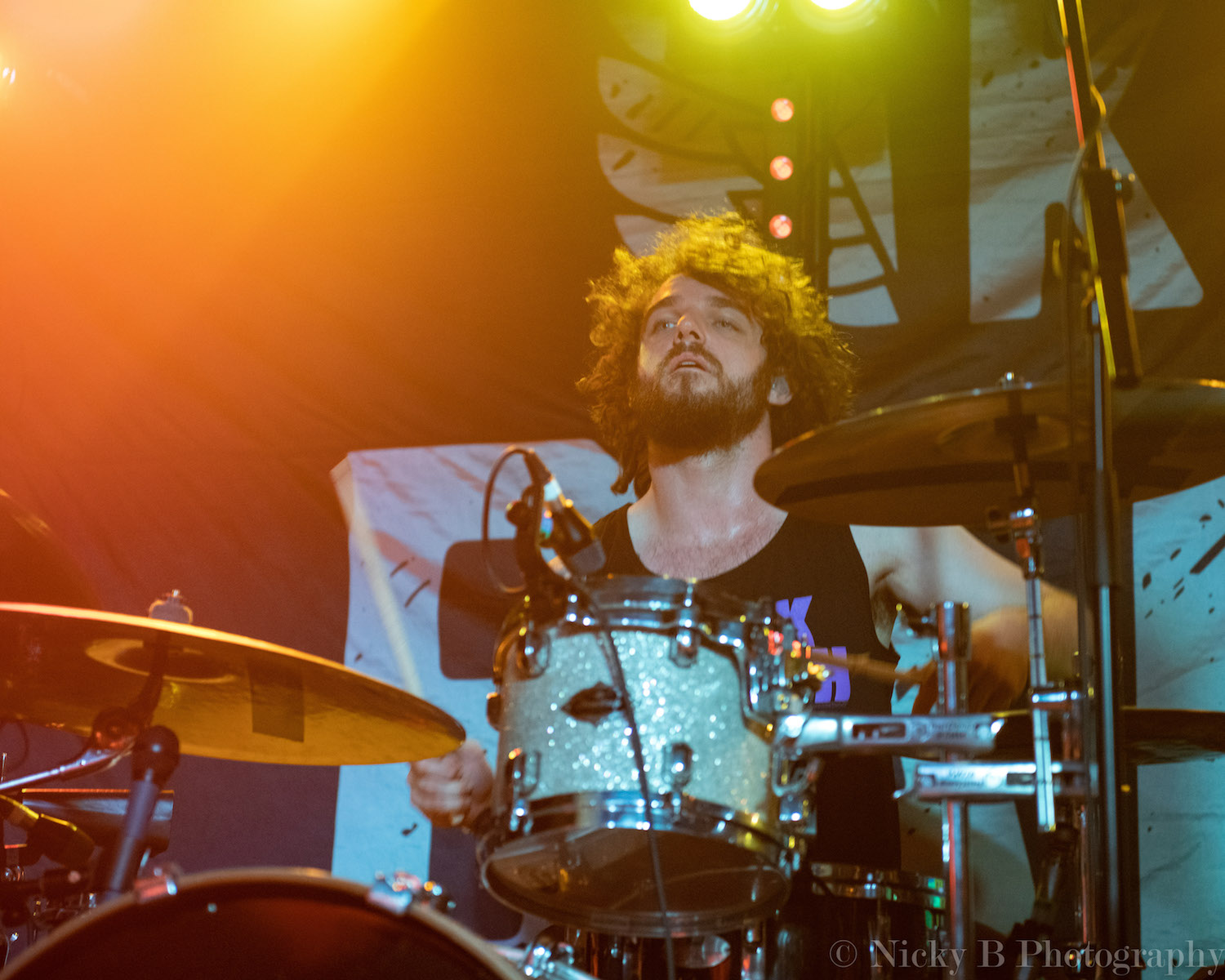 The soulful voices of backing singers Phoebe and Alex really bring and extra dimension to the live set.   Half way through the set new drummer Billy Hammett showed us what he was made of with a thunderous drum solo.  ‘I’m Gone’ and ‘Broken Teeth’ came next before things calmed down for the beautifully written and performed ‘Watching Over Me’ which Kris always dedicates to his father who sadly lost his fight against cancer in recent years. 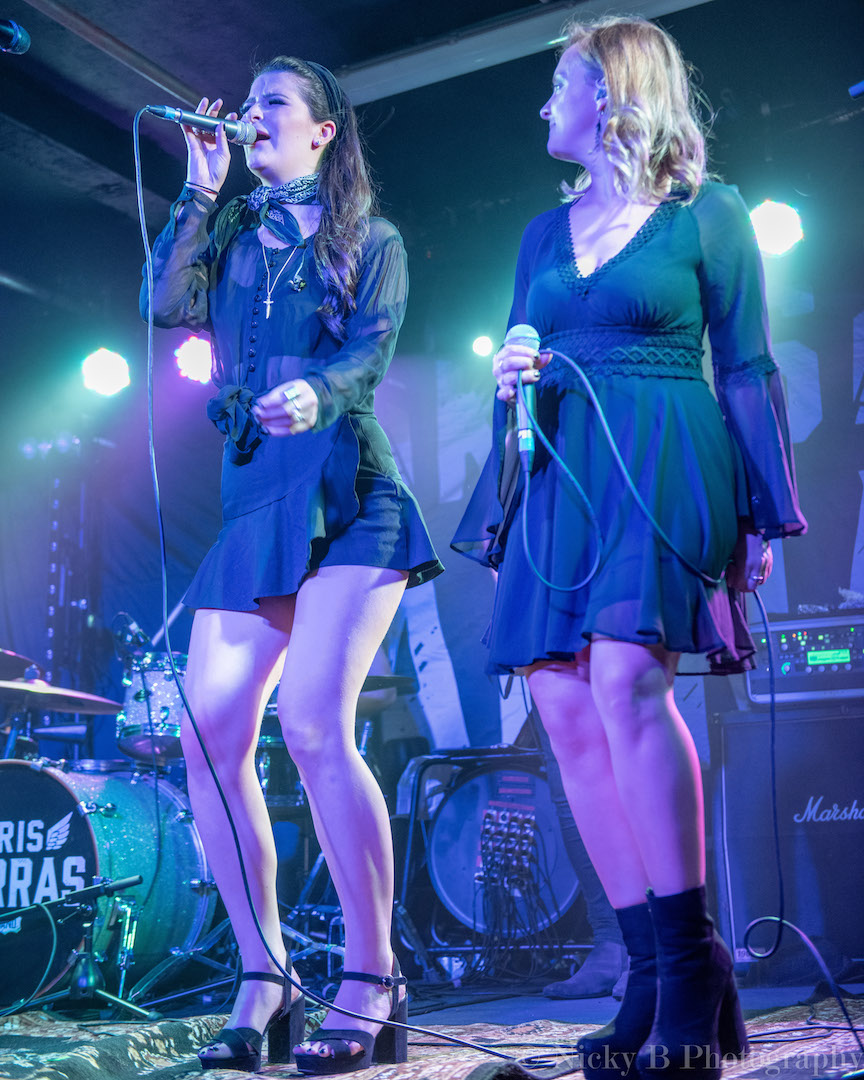 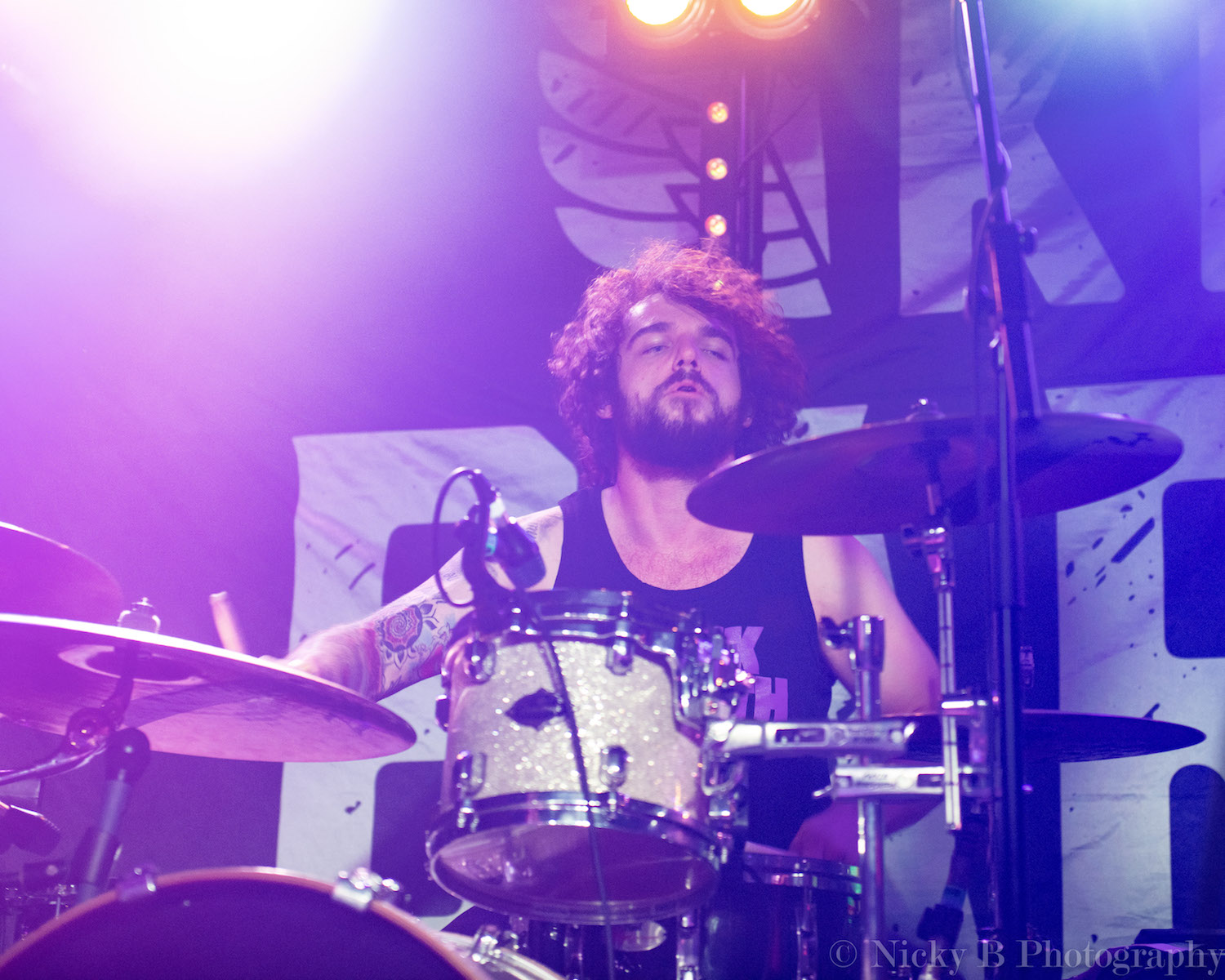 My personal favourite song ‘Not Fading’ off the new album was next and after the entire crowd sang along to ‘Hail Mary’, ‘Lovers or Losers’ closed out the evening.  But not before Kris played to the crowd up close and personal at the barrier, that close in fact one fan managed to knock his guitar out of tune following a selfie… haha! 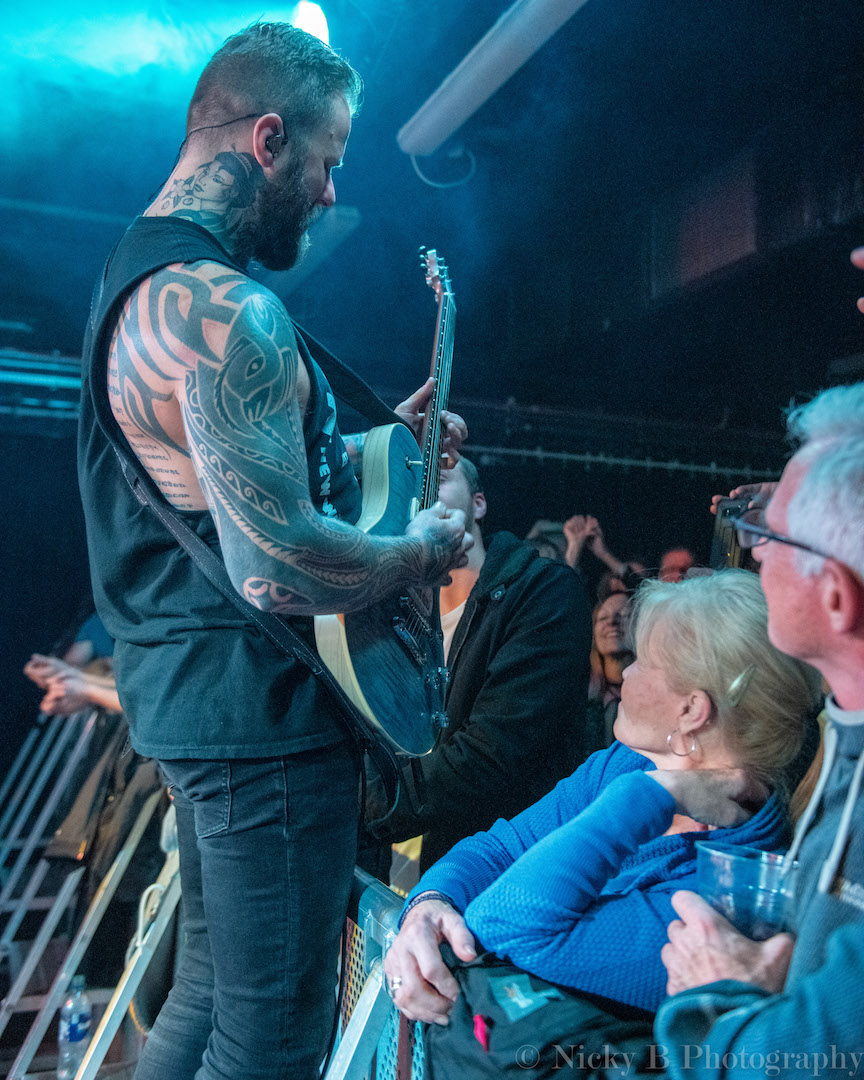 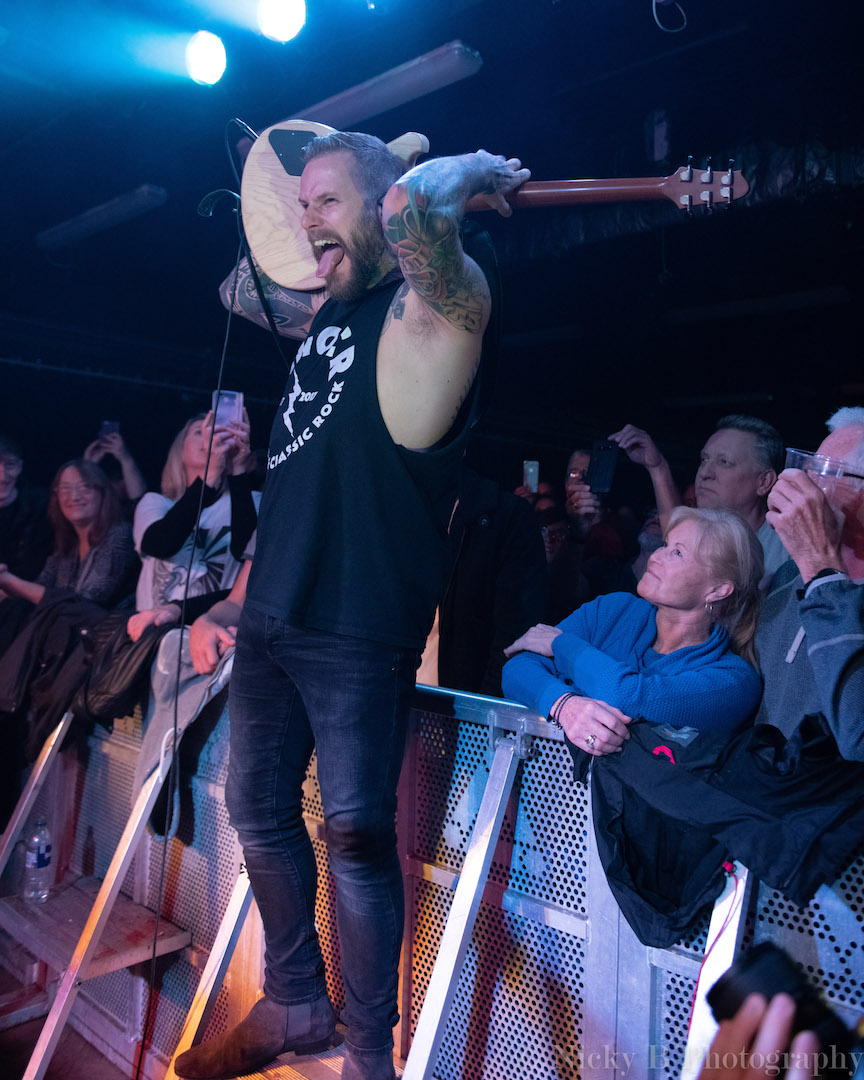 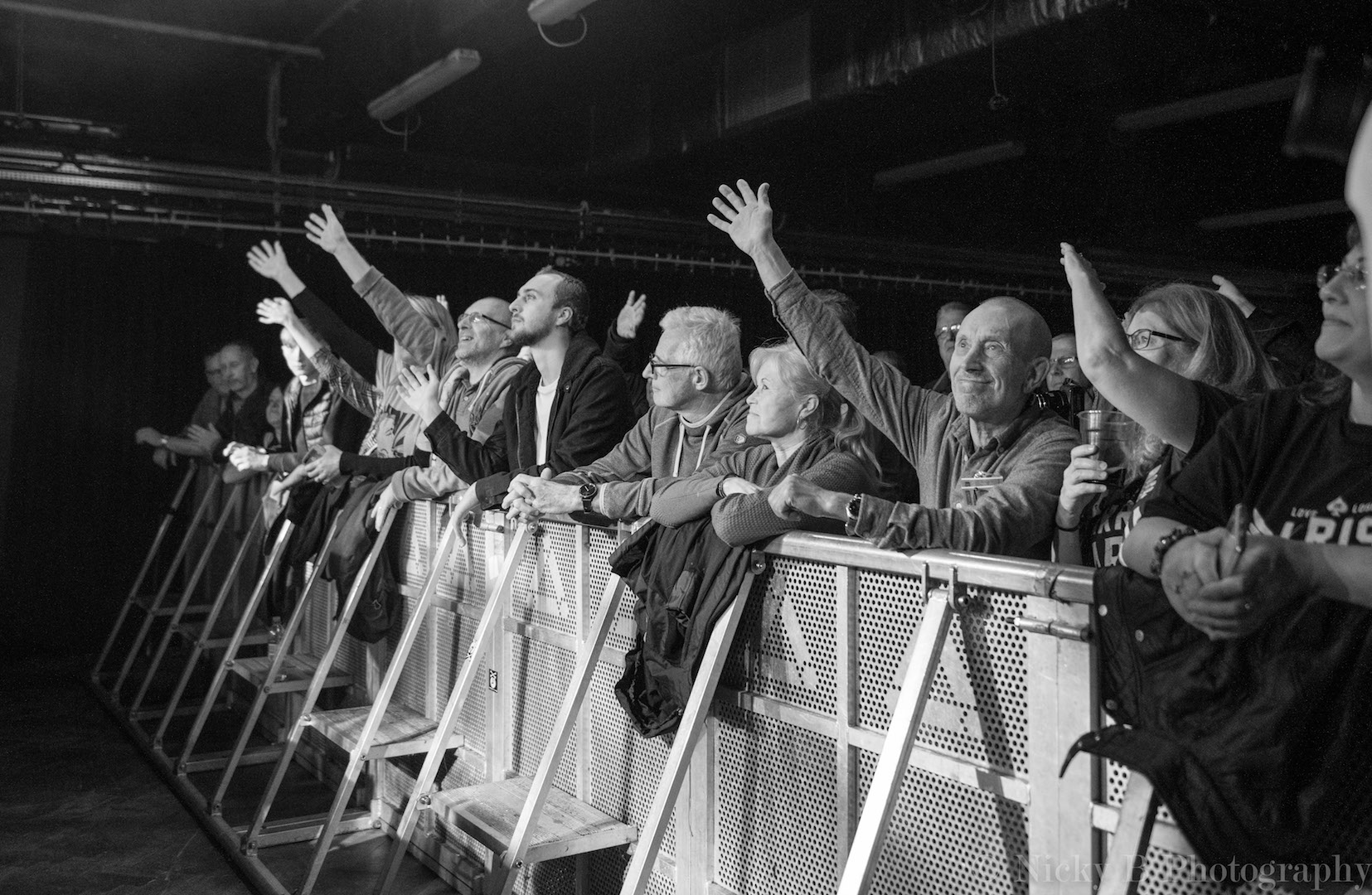 All in all a fantastic evening of blues rock n roll, brought to us by some of the best musicians in the business. 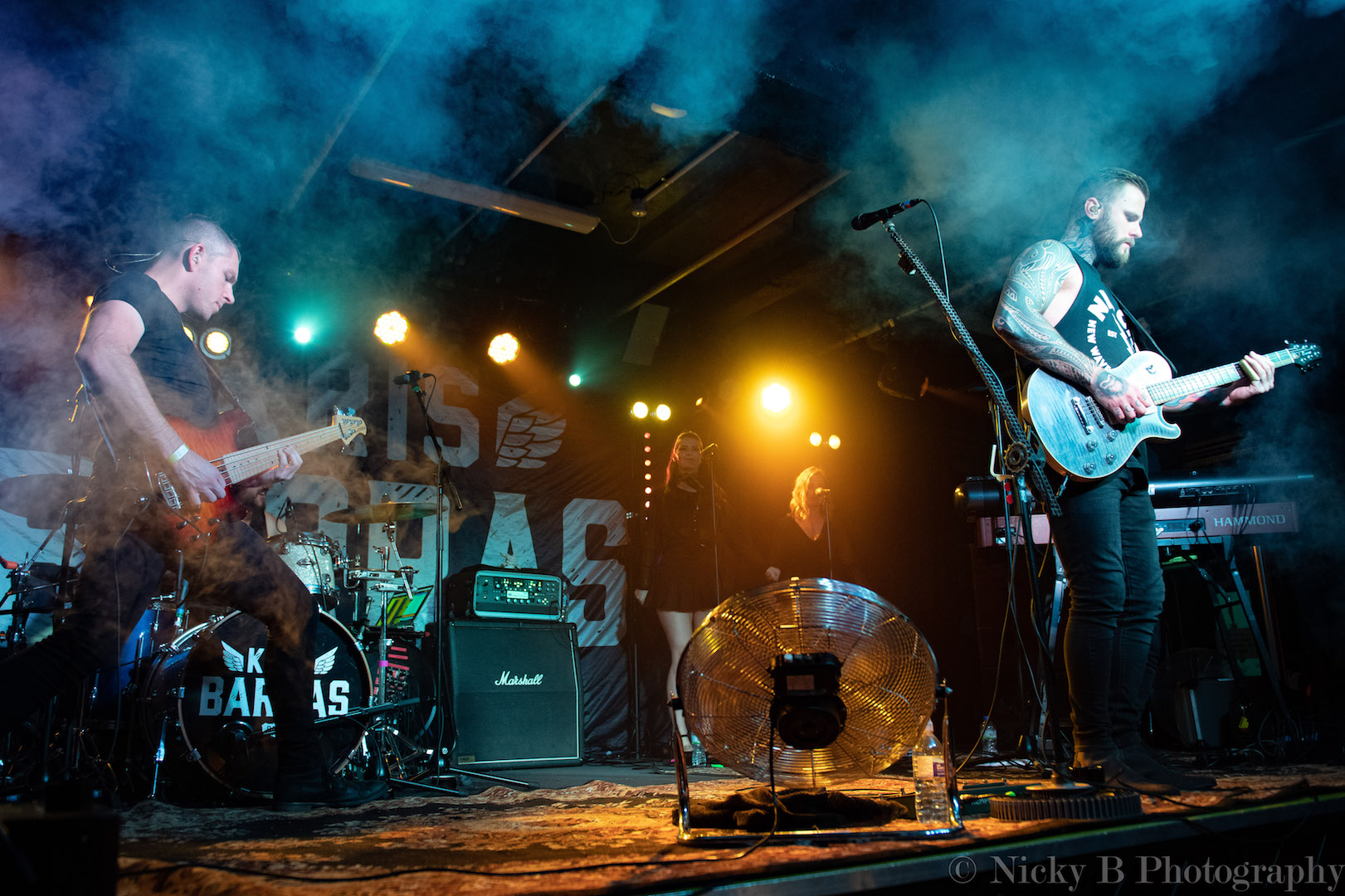 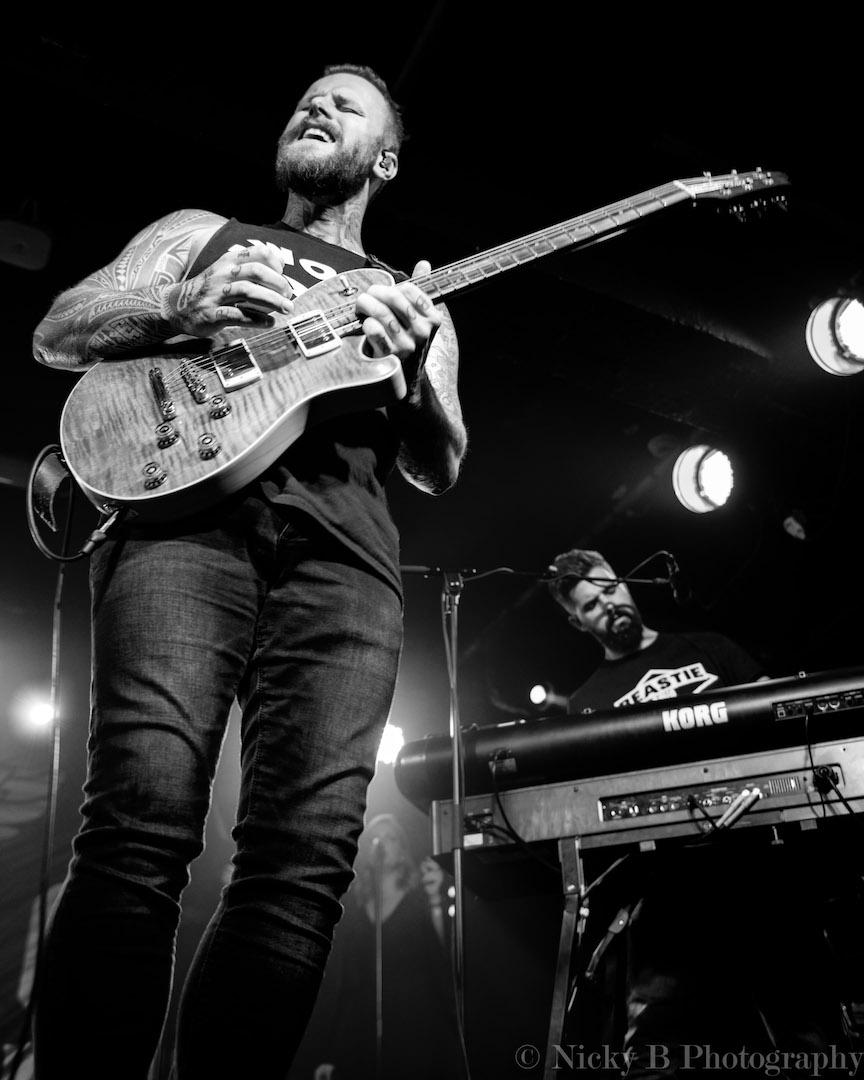 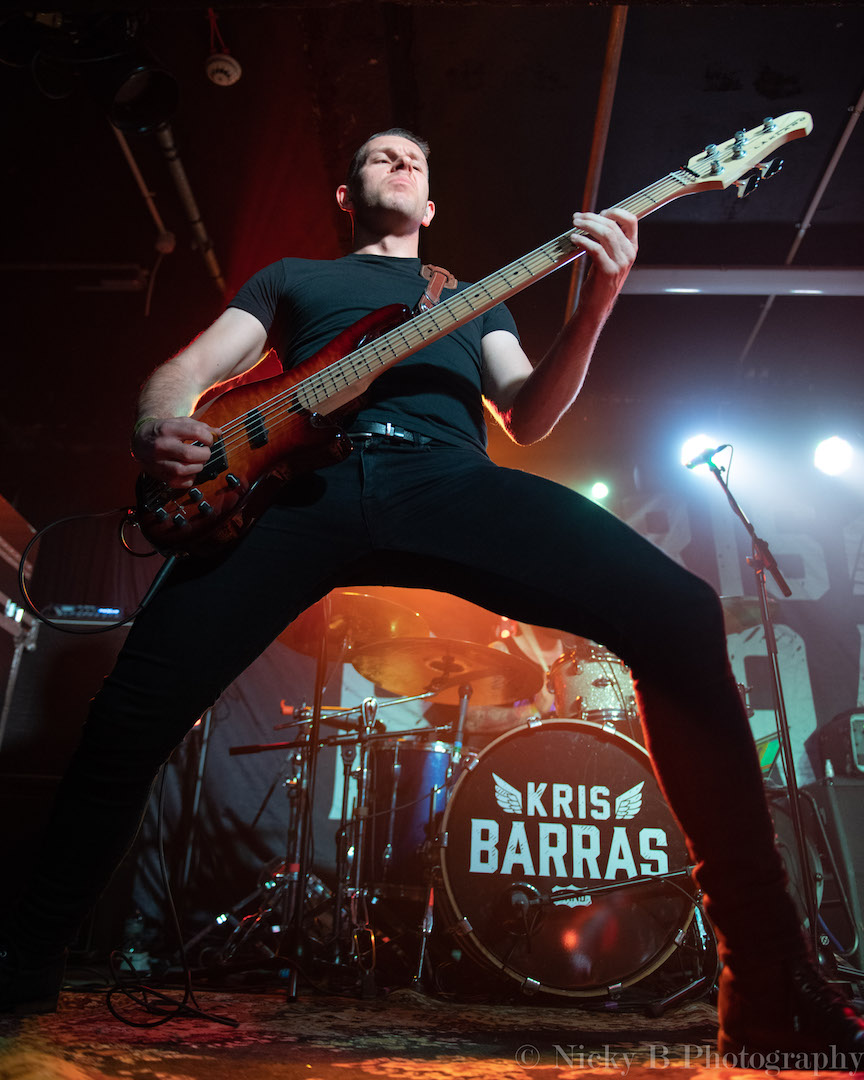 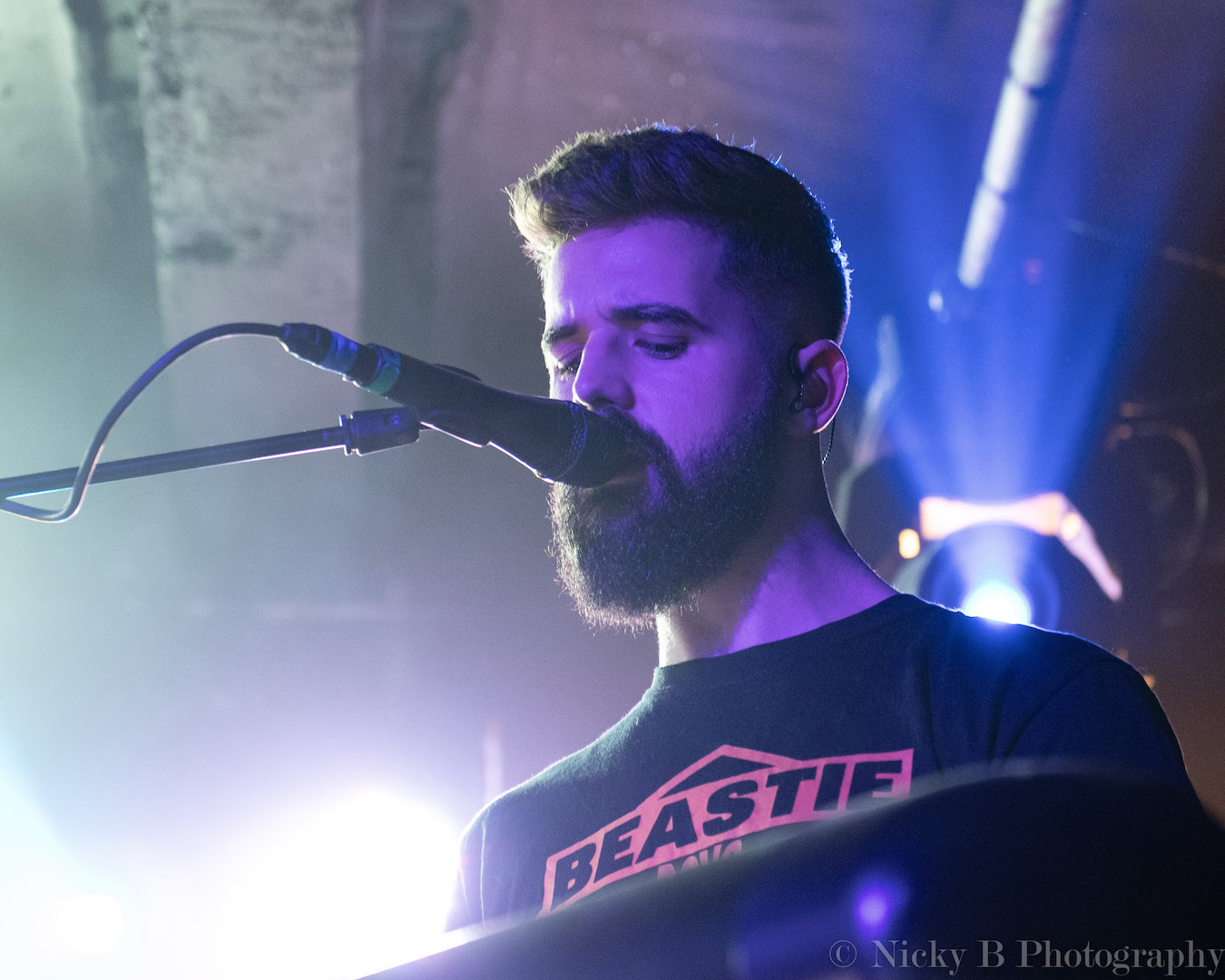 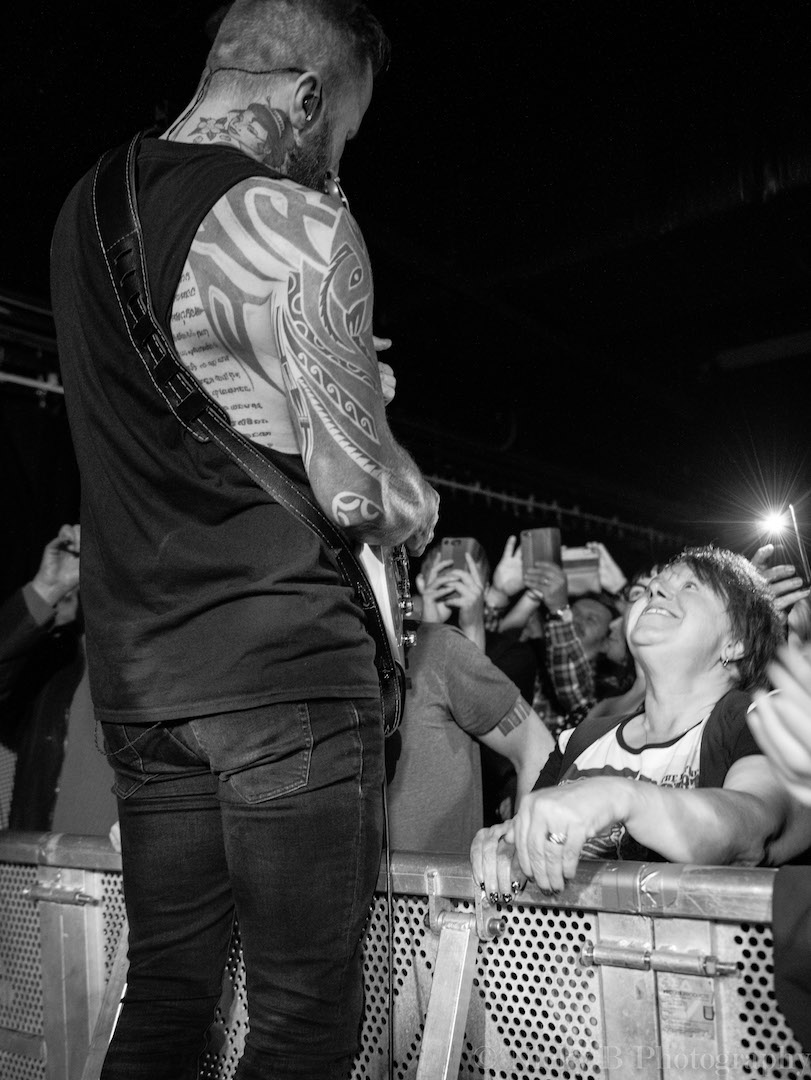 What A Way To Go

Watching Over Me (Dedicated to his Dad)