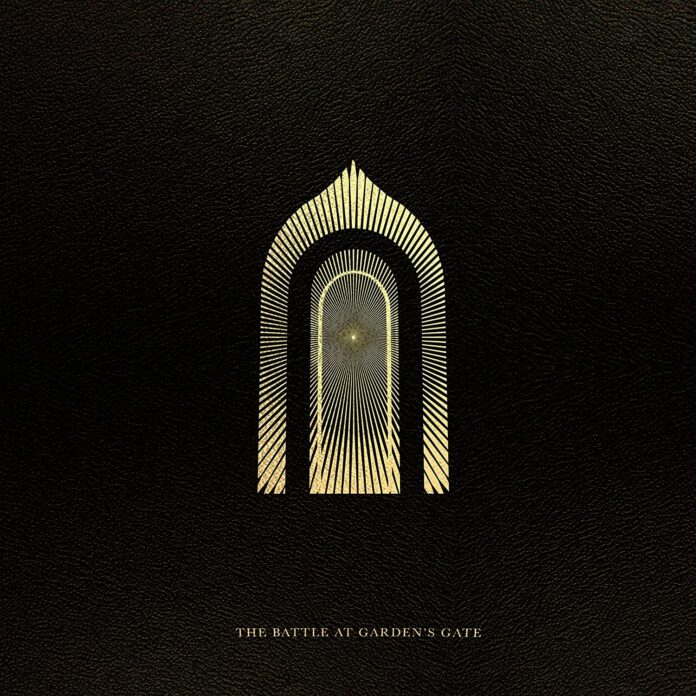 I’ll be honest… I wasn’t even going to post this review.  I’ve been listening to this album for a month via a promo link and my thoughts were stuck on those that are going to immediately dismiss Greta Van Fleet as Led Zep knockoffs and what a disservice I was doing to the band.

I’ve now spent the entire weekend literally BLASTING this on my newly acquired CD and this is one incredible album. Yes, the ever polarizing Greta Van Fleet have released their sophomore album, “The Battle At Garden’s Gate” and it is an amazing collection of songs.  I still don’t think it’s an album that is going to provide a huge swing of naysayers to the band, primarily due to people who won’t give them a chance at all based on pre-conceived notions and that is a damn pity.

Greta Van Fleet prove with TBAGG that they are willing to ditch formulas and let the songs travel where they need to go. Literally from yesterday’s “Age Of Man“, to today’s “Age Of Machine” this is a leap forward in songwriting and more importantly emotion.

Lyrically this acts as a literal follow up to “Anthem Of The Peaceful Army” as heard in opener, “Heat Above” which includes the lyrics:

“Marching across the land

Is a peaceful army joining the band

To an anthem loudly sung where they stand”

Yes, there is ZERO denying that Zeppelin were and are a huge influence, (“The intro and riff to “Built By Nations” will make you do a double take) but if Zeppelin were still making music today, I dare say they’d be proud to have released something so contemporary yet staying faithful their roots.

As with “Anthem…” this is an album worthy of your full attention.  It’s not a fun Summer album that all the kids at the beach will be listening to.  It holds way more gravitas and layers than that. There are moments of epicness (“Broken Bells“, “Weight of Dreams“) and songs of pure beauty (“Tears Of Rain“).

Josh Kiska puts on a beautiful vocal display throughout the entire “Battle..” while brothers Jake (Guitar), Sam (Bass) and Danny Wagner (Drums) weave mesmerizing melodies that many older bands would sell a limb to achieve. 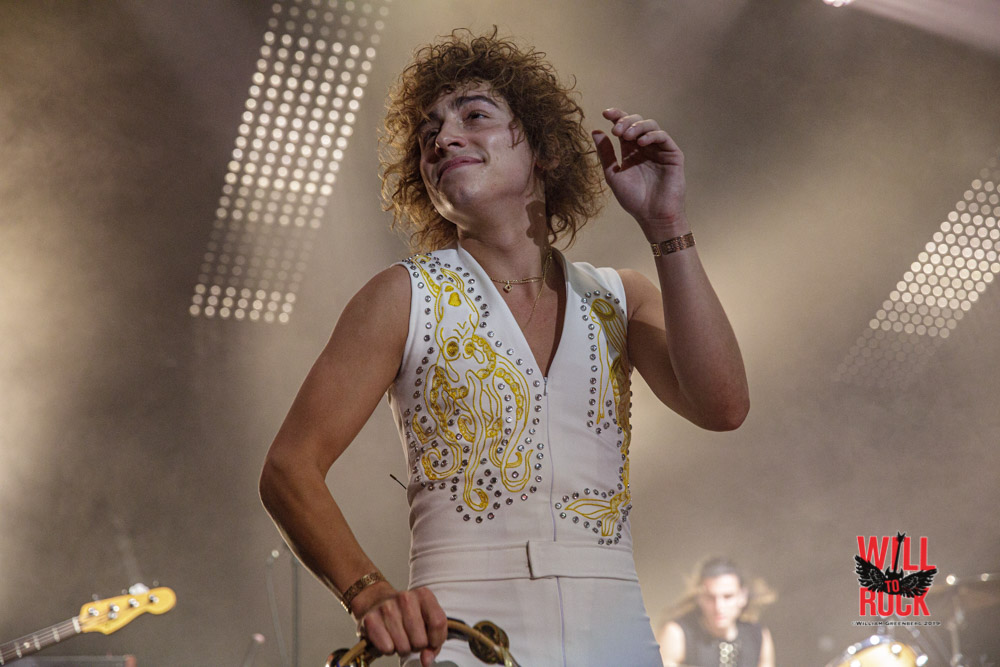 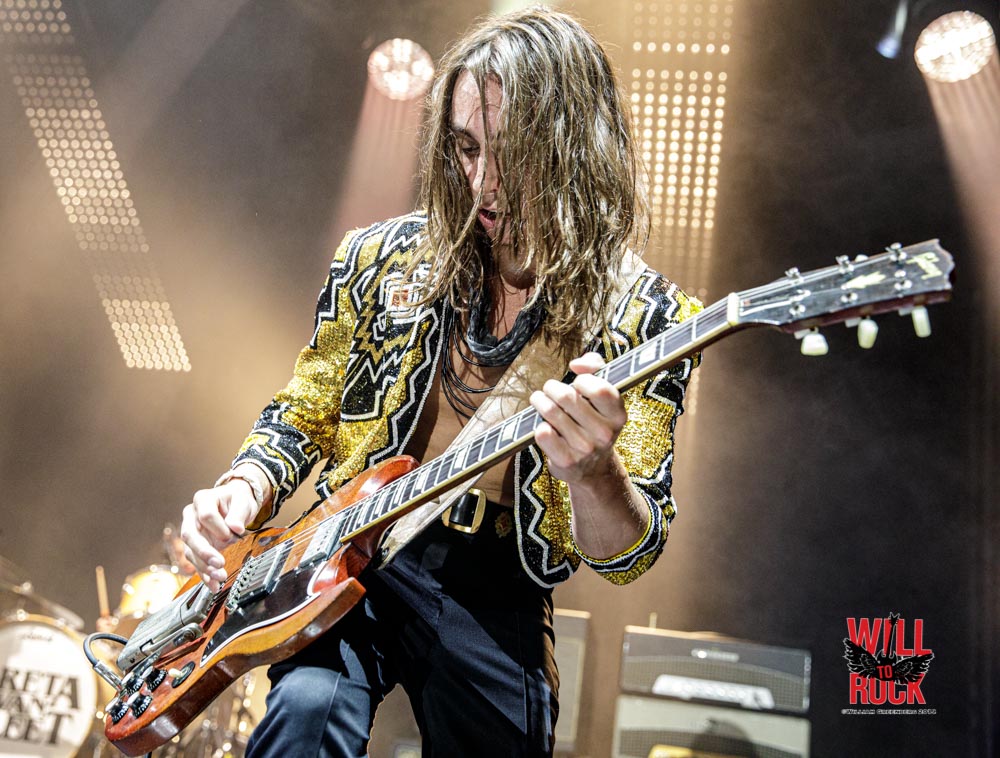 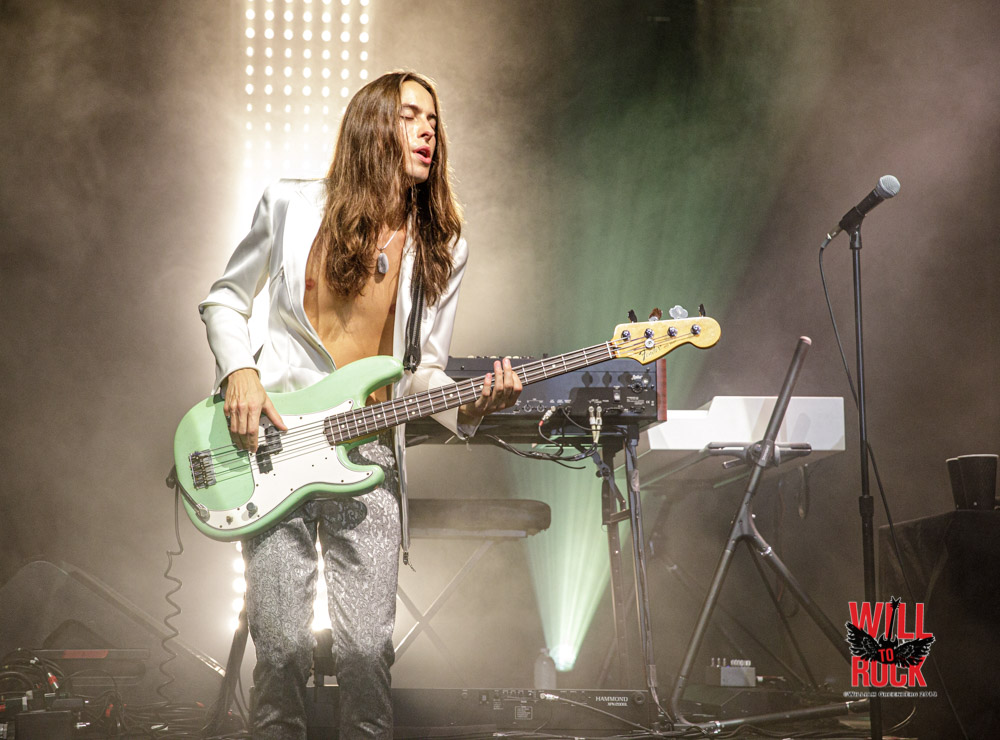 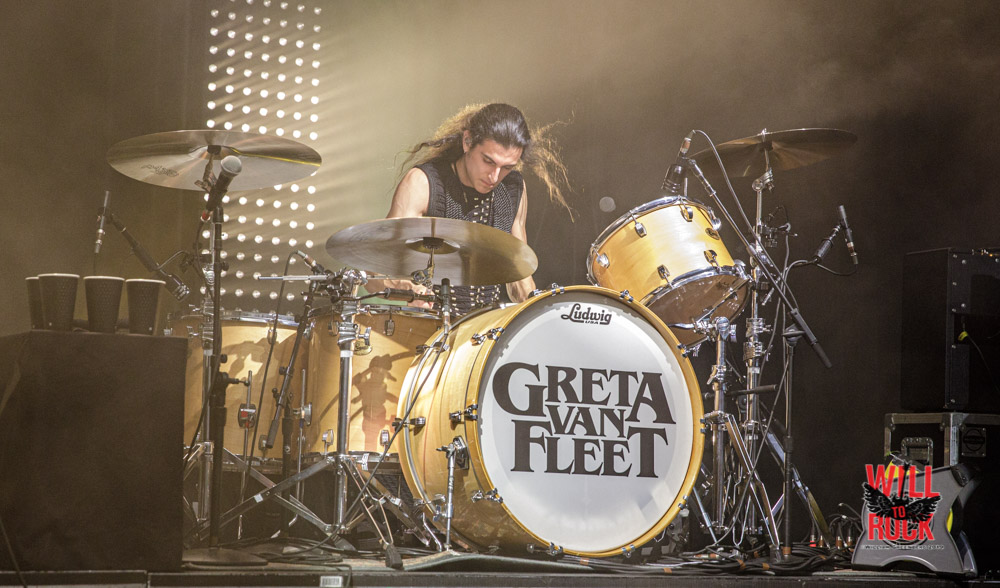 Inevitably when Greta Van Fleet have released countless albums and received numerous awards, people are going to be talking about how they loved them all along. Don’t make a liar of yourself.  Put on some headphones, embrace them now and enjoy the journey.