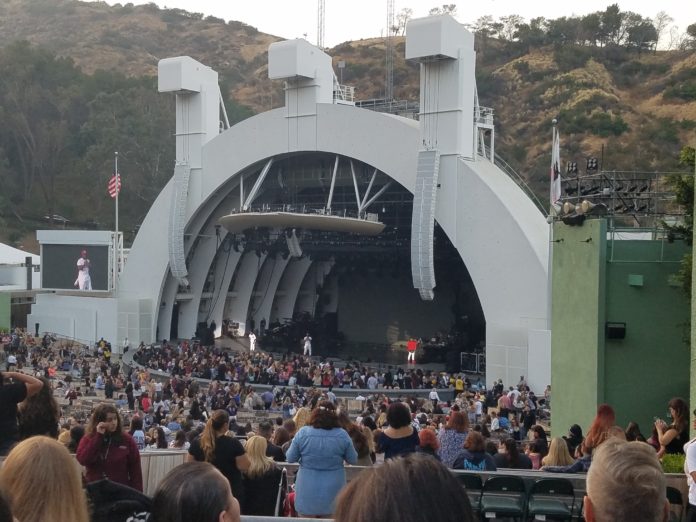 If ever there was a Teenage Dream fulfilled, it was last Friday night at the Hollywood Bowl’s  sold out “Total Package Tour” featuring New Kids on the Block, Paula Abdul and Boyz II Men. 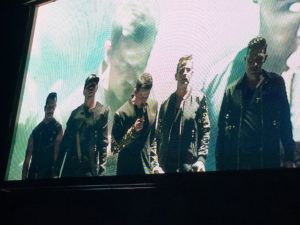 The first time I ever saw New Kids On The Block was in 1989 at the Universal Ampitheater, which is now Harry Potter World.
And…after all these years, ahem…we won’t say how many…this “boy band” turned “man band” still makes the hearts of the 40 something women flutter. They have kept in shape, don their incredible muscles, and have kept their falsettos and dance routines up to par.

Their newest venture, the 5 track EP, “Thankful” was released in May. They have made their show edgy, singing “California” by Tupac, a total L.A. crowd-pleaser, and includes Donnie Wahlberg taking a heartwarmingly special moment to spread a message of peace and love while being fearless in the face of terrorism. With a mix of Classics like Jordan’s baby, “I’ll Be Loving You Forever” and Joe McIntyre soloing on “Please Don’t Go Girl” the place was a swoon fest to say the very least. McIntyre even brings his young son on stage to sing the NKOTB fave, “Tonight“, proving that the band’s legacy may bust another 40 years.
One thing I really appreciated was they gave tribute to every album they released (even their Chrismas album) in nostalgic form and even had the crowd swaying their arms at their finale. “Hangin’ Tough“. Born performers, their confetti filled spectacular has never disappointed, ever since the Summer of ’89 when I threw my black fedora up to Jordan Knight and he put it on and danced around in it to “The Right Stuff” and was hellbent on high-fiving Danny Wood and Jon Knight at any expense like any true fan girl would basically do ? 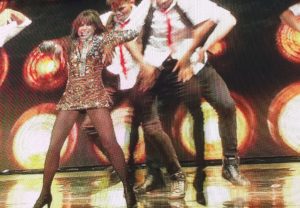 With her self-proclaimed trend setting invention of “the scrunchie” which she mentions in her show, Cutie, Abdul has had a long running, successful career in entertainment. Her high energy show packs a punch with one of a kind choreography and favorites such as “Forever Your Girl” and “Cold Hearted Snake.” Interestingly she tells the tale of how she got her big break at The Forum and how she got cut countless times before making it onto the Laker Girls squad, thus proving that we can do anything we set out minds to if we have the passion and willingness to work for it…Awe. She sang classics such as “Rush, Rush” (pause, while we all take a moment to lovingly remember 80’s heart throb, Keanu Reeves’ music video debut filmed at the Griffith Observatory) and “Opposites Attract“. That sing-a-long still takes me to that happy place where the memory of that Paula Abdul poster hanging above my typewriter encouraged the girl power I once needed to “Straight Up” get  me through Chemistry class! 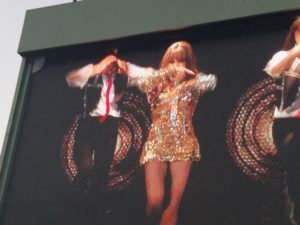 The Tour’s opener, Boyz II Men were romantically dressed in white and handing out red roses to the ladies in the audience. Deep voiced harmonic ballads, like “I’ll Make Love to You” and the emotional, “End of the Road” prove that the Boyz can still deliver that sultry acapella style made famous by the Philadelphia based trio. 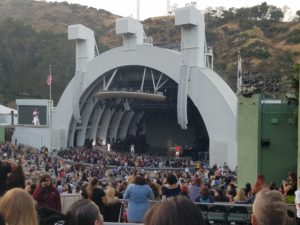