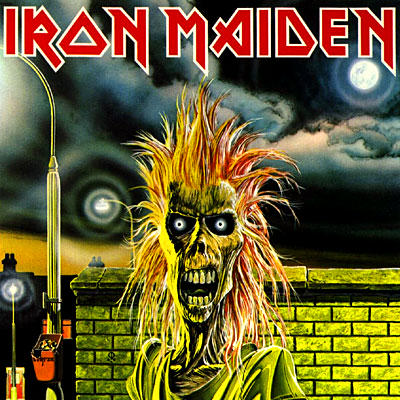 Heavy metal is a flavor of rock that’s been altered and tweaked drastically over the years. Starting right from its origins and upbringing, from Black Sabbath to Jimi Hendrix, the style has had deep routes in the foundations of the genre and as it has changed it has garnered a great deal of stigma and public attention, especially into the modern era. Many people deem heavy metal as rather soulless, without any depth or distinction to set it apart from other genres and styles.

Over the years, I’ve listened to a vast selection of different varieties of the style, and can safely assure that each album, each song had something unique. Whether it is a soul-shaking riff or an echoing vocal piece, heavy metal isn’t as clear-cut as it seems, despite its fall from grace over the last few years. We’ve seen artists come and go, but even the most insignificant have left an impact on the soundscape we know of today. Heavy metal, despite its namesake, is more malleable than it appears to be.

But how did we change from the start? How have we reached part A from B? What did the unparalleled talent of Hendrix, and the vampiric fury of Ozzy Osborne give to the next chapter in metal’s storybook?

Simple. They gave us Steve Harris. The founding member of a new force to be reckoned within the industry; Iron Maiden, the new gang on the block, ushering in the New Wave Of British Heavy Metal, with bands like  Saxon and Motörhead already leading the way.

Iron Maiden are a band that have gone through several ups and downs throughout the years. Fights within the ranks, doubts of leadership and an uneasiness formed by several members coming and going plagued them for years. But you can’t deny, the impact they’ve left on the world is astounding.

On the city streets, posters, merchandise and upcoming live events are never uncommon, and judging alone from the time since the band’s inception, that’s an impressive feat.

Today, I wanted to review their self-titled album; where it all began. The breakthrough into the mainstream from the underbelly of amateur rock, and a glimpse at the critical acclaim that they were soon to follow. However, there are differences to note here.

Firstly, Paul Di’Anno, the band’s third vocalist (yes, there were short lived experiments with Paul Day and Dennis Wilcock before the legend was born), makes his first out of two appearances on this chapter of the Iron Maiden discography. While I could make comparisons throughout the review to the klaxon barrage of Bruce Dickinson’s voice, I’ll get it out of the way now:

Dickinson is the better vocalist here, but that in no way means Di’Anno had nothing to offer. His voice had a raspy, but refined quality to it; and while Dickinson could certainly control his pitch and tone around high notes, this in no way, meant that Di’Anno held no ability of doing the same. In fact, especially in songs throughout this track list, I believe that Di’Anno’s voice delivered better on certain tracks, more so than Dickinson ever could.

Secondly, I am reviewing 1998 remaster of the album. This means the single “Sanctuary” will appear in this review, bringing the tracklist up to a number of 9 songs, for better or for worse.

Finally, this is one of the only albums that the band have an issue with the production on; and while I can certainly understand their perspective, their label at the time EMI, and their producer Will Malone, did fantastic work with composing the song arrangements and instrumentation to set out in stone the band’s immediate success.

We begin with an opening track that immediately sways the listener into the unforgettable sound of the band. “Prowler” is almost unrelenting, even in it’s quieter moments. The drums batter through to the foreground of the song, as the whammied screeches of Dennis Stratton and Dave Murray’s guitars ring out in a violent, but concise, symphony. Harris‘ bass furrows through the verses and hook satisfyingly in this steel-rimmed cacophony. All the while, Di’Anno’s lyrics evoke caution and furious isolation, rippling through the sharp confines within his vocal range; this song perfectly reflected Di’Anno’s vocal ability and blustered through effortlessly in coordination with the instrumentation. A blissful opening to the band’s first venture. 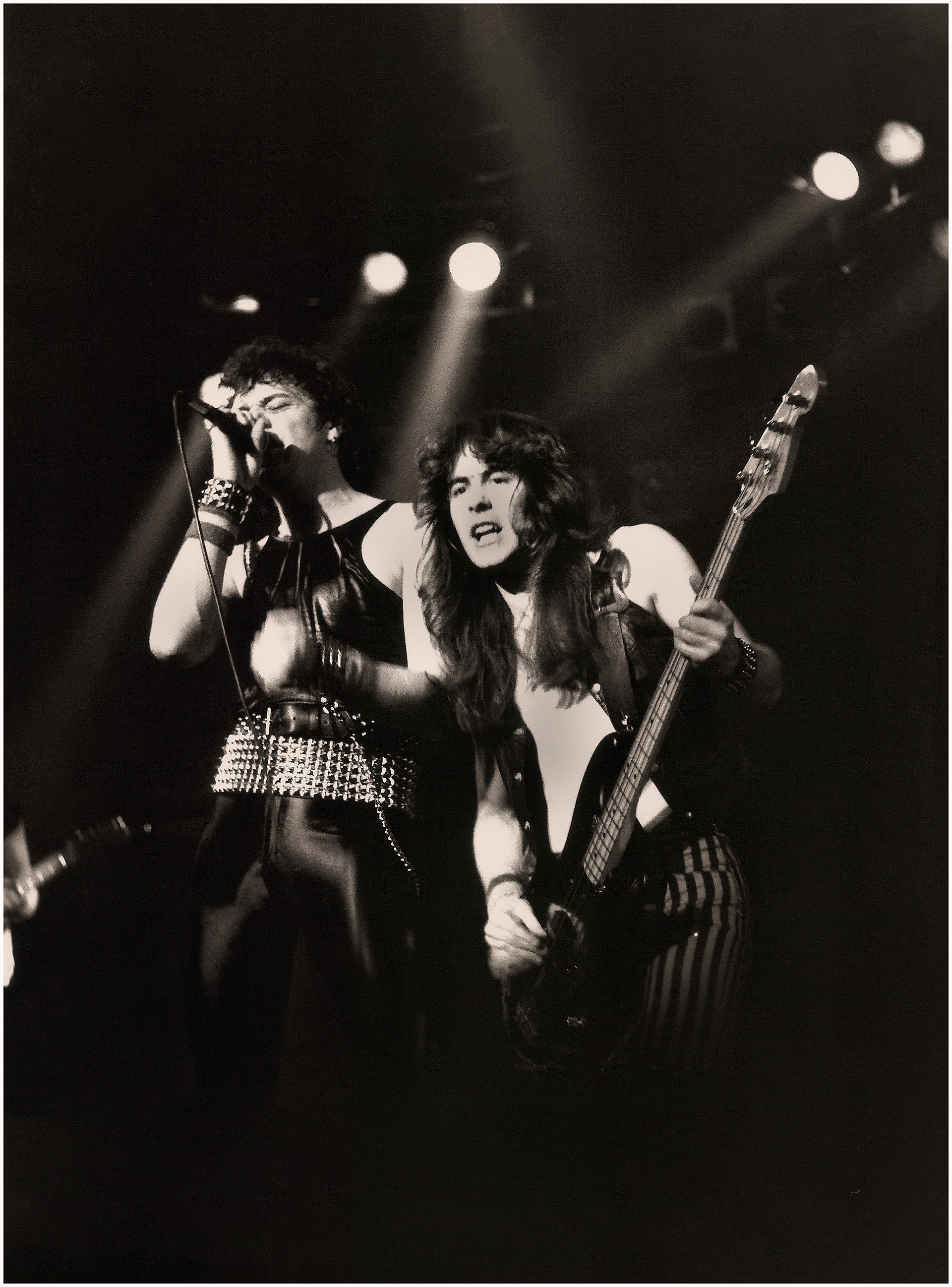 We hit a low point, however, with the proceeding track. “Sanctuary” still has that same Di’Anno rebellious flair in lyrics and tones, but the overall riffs and hooks fall off, especially in the choruses. The verves and rhythms in the guitars all feel out of place when in comparison with the track listing, rather than the ascending spirals of stringed mania we’ve become accustomed with on the first track, we hear this bizarre and simplistic 50’s rock-bop styled riff. In fairness, the solos and the closing sections divert from this in fantastic motion, but they are never enough to save the track from repetition. Percussion remains blistering, but the foreground for the track is entirely misplaced to the rest of the album. Certainly not the best choice of single, in my view.

And out of nowhere, a return to form. “Remember Tomorrow” is understated; its a track that never outstays its welcome and one that lets its presence subtly be known. Certainly, this track diverges heavily from it’s heavy metal influences, with dream-like guitar melodies and soothing vocals, but don’t let it fool you. Once outside the idyllic illusion created by the verses, the chorus and hook capture attention like no other song on the album. Murray’s guitar work on this track is truly outstanding; the hook is my personal favorite on the album, and the song goes to show the commendable nature of the band’s ability to adapt from a prog rock undertone, back into the unparalleled fury of metal.

“Running Free” becomes the best track to summarize the lyrical themes of teenage rebellion and crime on the album. Containing a simple, but certainly captivating riff, Di’Anno’s whiskey drenched vocal talent, and battle-ready percussion, the song blazes into the track list, as quickly as Di’Anno’s tales take a turn for the worst by the closing lyrics. We see the band’s well-known traits begin to show on this single; jaw-dropping guitar work and distinction in their unique song presence aren’t at all uncommon here, and it’s a joy to see this had progressed from album to album, even to this day. All originating from this sound-shattering origin.

All of this crumbles away, once the magnum opus of the album is unveiled. “Phantom Of The Opera” is mind-blowing from beginning to end. Everything from the guitar, to the echoing vocals, to the bizarrely elegant percussion is outstanding. Condensed into a nearly 8 minute track, we see influences driven from Queen’s “Bohemian Rhapsody”, later to influence Radiohead’s claustrophobic and enclosed rock anthem “Paranoid Android“. This is certainly nothing to relate to with the instrumentation (I can’t imagine Steve Harris allowing piano and operatic sections on his tracks), but instead the structure. Each section and individual verse feels different, a patch-worked and orchestrated jigsaw puzzle of different melodies and sounds that fit together beautifully. This is where we see the substantial nature of the band, seen in later songs such as “The Trooper” and “Hallowed Be Thy Name“. This and the songs mentioned, tell a frightening and gothic-bleached story without much use of words. This is less of a case with the two previously mentioned, as Bruce Dickinson’s lyrics are collaborative with the foreground of the instrumentation, but even then, his voice could not convey the fear as horrifyingly gorgeous, in the same way as the guitar work on the track. “Phantom Of The Opera” does this in the same way, but lyrics are placed to the background instead, only being featured at the beginning and end of the track.

The sections, whether it’s the cautiously electrified middle end, or the despair ridden transition from that to the ending riff, all convey so much emotion and power, without a single uttering. If that doesn’t convey the sheer strength of heavy metal, I don’t know what does.

We then move forward to the only instrumental track on the album. “Transylvania” feels quite at home next to the likes of “Phantom Of The Opera“, as it shares the majority of its acclaimed presence on the album. Not only through the gothic themes derived from the title, but the riffs seem to intertwine quite closely with those of “Phantom Of The Opera“. I’ve always thought of the song as more of a follow up, a transition to the deeper and moodier end of the track listing. It achieves this task well, but many including myself, mix up which song is which between the two. To put it simply, “Transylvania” occasionally feels samey in comparison. No real depth is presented compared to the likes of “POTO”, which leaves it without enough ground to separate it from the crowd. Let me assure you, it serves as a great medium to lead listeners to the end of the album, a checkpoint if you will, but it doesn’t serve any better task.

“Strange World” is the black sheep of the album, undeservedly, for many reasons. Even with the unassuming “Remember Tomorrow” in it’s wake, the song lacks any real heavy metal oomph, even with “Tomorrow’s” more aggressive moments. With that said, the song still feels rich even if it is misplaced. Di’Anno’s voice compliments the isolated and unearthly guitar and bass beautifully, and it successfully creates the tainted and bizarre atmosphere that the song’s title’s presents. It may not get a great many bobbing their heads viciously, but it’s certainly not a track to avoid.

“Charlotte The Harlot” is a puzzling tune. I enjoy the majority of the track, even with the weak riff progression leading from the final lyrics from the choruses. Percussion is as smooth, but also as forceful as the previous melodies on the album. But aside from these, I find this to be an odd song, because it’s one of Di’Anno’s poorest vocal performances. The lyrics are unintentionally humorous to me, with the rhymes seeming simplistic and overtly-bombastic, without Di’Anno’s charisma to support them. Verses feels weak and far-fetched, and the chorus the weakest, until we reach the more wishful and dreamlike sequence towards the end. This brings back a surge of what was missing in the tracks with Di’Anno, and redeems the ridiculous nature of the song with more soulful and heartfelt melodies and lyrics, emerging into a growled and ferocious build up back to the main progression. It’s these inconsistencies that make the song what it is, though it does have elements that will surprise the average listener.

The self-titled closing track, “Iron Maiden“, is another classic derived from this impressive introduction to a vast discography. The riff is distinctively complex, but with the idiosyncratic and recognizable Murray charm that floods through like a lightning bolt. The howls and murderous cries of Di’Anno supplement the track in a dazzling manner, with the percussion and bass rattling through at marvelous speed to the unforgettable conclusion, with all three forces interacting and synchronizing almost flawlessly. It’s certainly true, Iron Maiden did get us, no matter how far away we were…

This album remains a gem amongst metal fans for numerous reasons, let alone “Phantom Of The Opera“. It holds true in the band’s discography with the obliterating “Number Of The Beast” and “Powerslave” keeping up with the flow left by this first achievement’s remnants. It holds a great deal of more puzzling tracks though: “Charlotte The Harlot” and “Sanctuary” don’t do the album as many favors as I would have liked them to, but they still remain untouched with that recognizable Iron Maiden flair, that keeps listeners jamming along, even in 2018. A must-listen any day of the week. 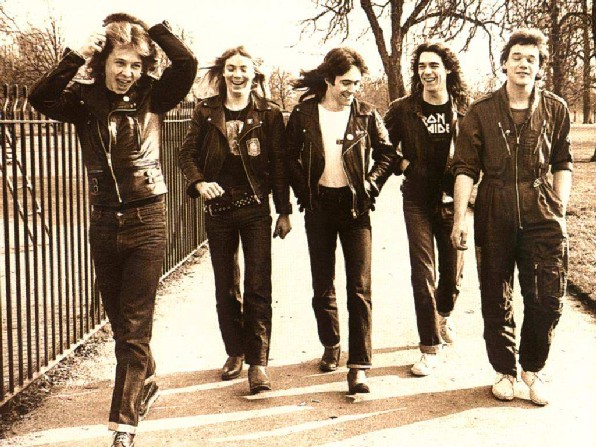