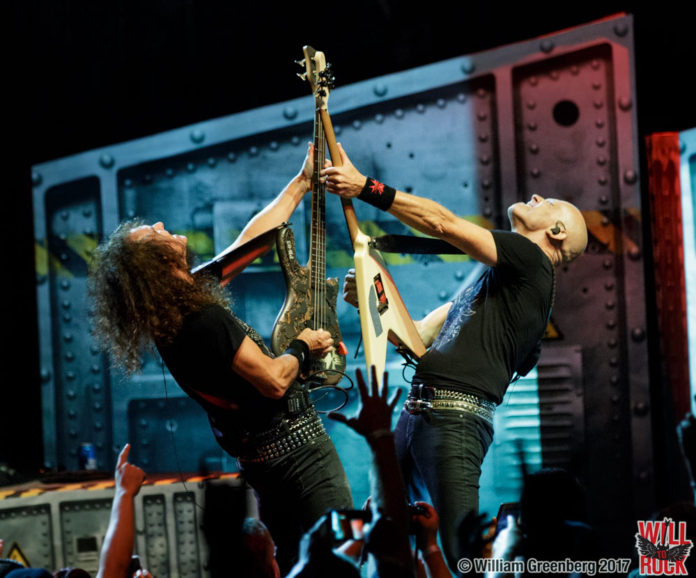 ACCEPT are back out on the road in support of their 15th Album (And 4th with “new” vocalist, Mark Tornillo), “The Rise of Chaos“.  Having Accept and support act Vicious Rumors kick it all off at the Saban Theater in Beverly Hills was probably akin to when Jed and the rest of the Clampetts moved into the neighborhood.  The place was Rocking! Tearing through a well balanced set of old and new songs, Accept have found a great compromise for both their lifelong followers and the more recent fan base.  Blasting into “Die By The Sword” off the new album set a great tone for the evening barely allowing a second for anyone to catch their breath. 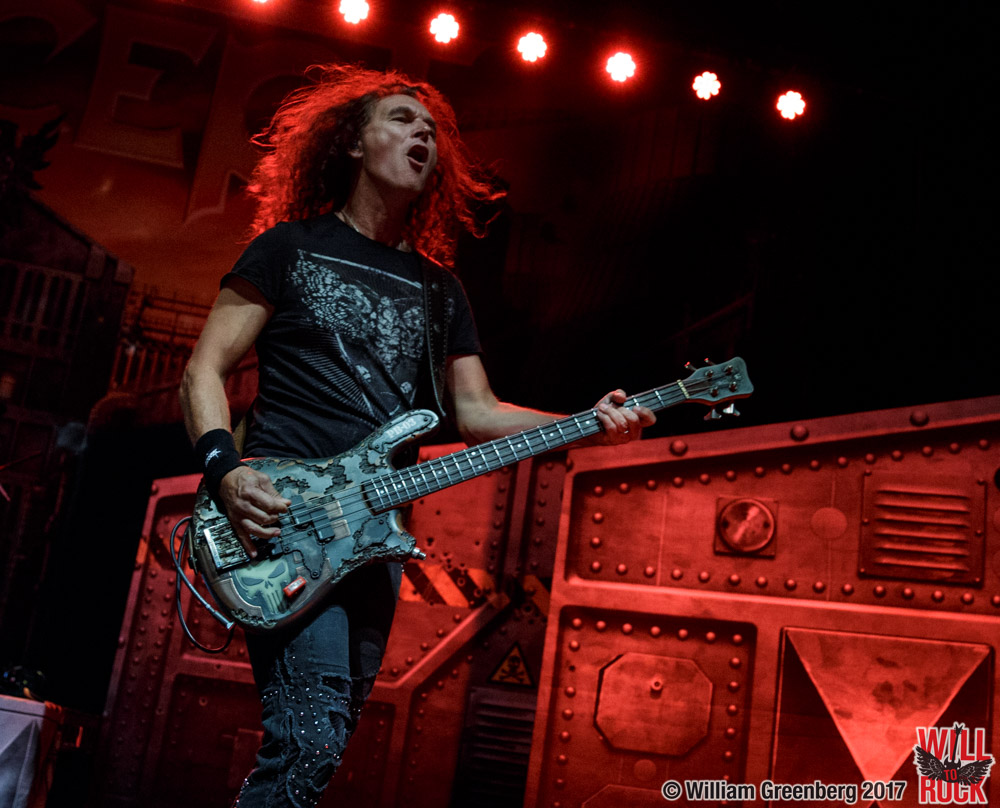 Mark Tornillo’s screams and gruff vocals were on point and all those Accept Classics are now his to own.  And there were plenty of them…  “London Leatherboys”, “Up To The Limit”, “Living For Tonight”, “Princess Of The Dawn” all sound amazing in the Ex-TT Quick singer’s hands.  Of course there is no Accept without the guitar/bass combo of Wolf Hoffmann and Peter Baltes.  Their signature background vocals put the cherry on top of every song. They tend to gravitate to eachother on stage and you can see that these two warriors of the road are still enjoying every minute of their ride. Accept are rounded out by the two newbies, Uwe Lewlis (guitar) and Christopher Williams (Drums) who seem to be having a blast being part of this band. The set rolled on at a fast & furious pace…  nary a ballad in sight!  The crowd sing-a-long intro to “Fast As A Shark” is always a pleasure to behold.  A top notch encore of “Metal Heart”, Teutonic Terror” and closer “Balls To The Wall” capped off an evening of pure METAL. 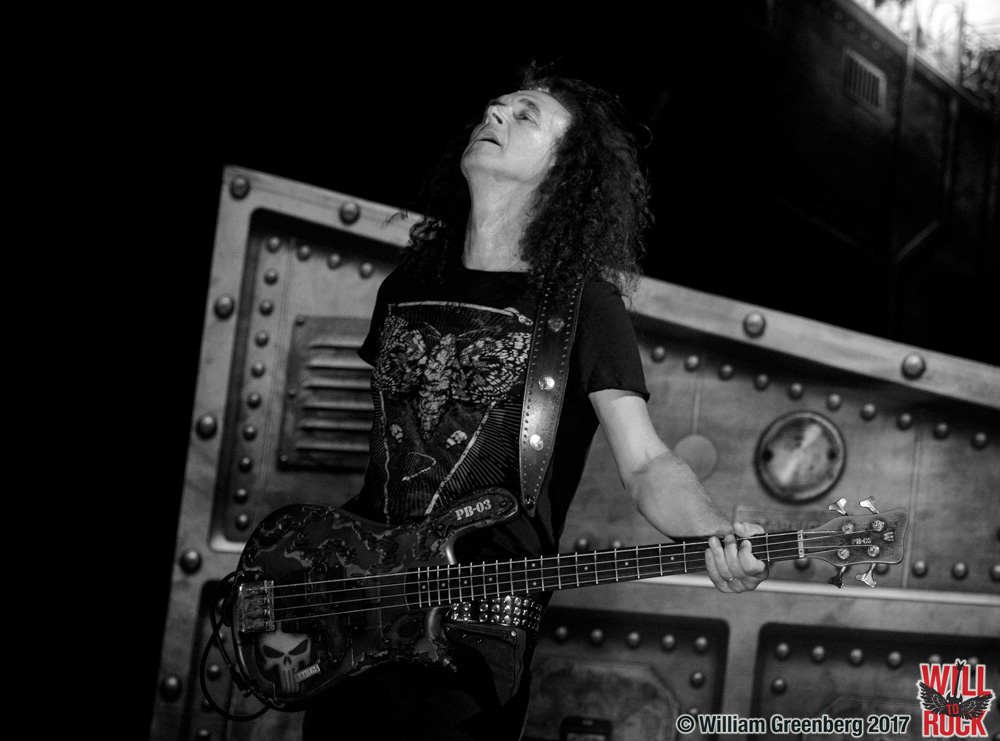 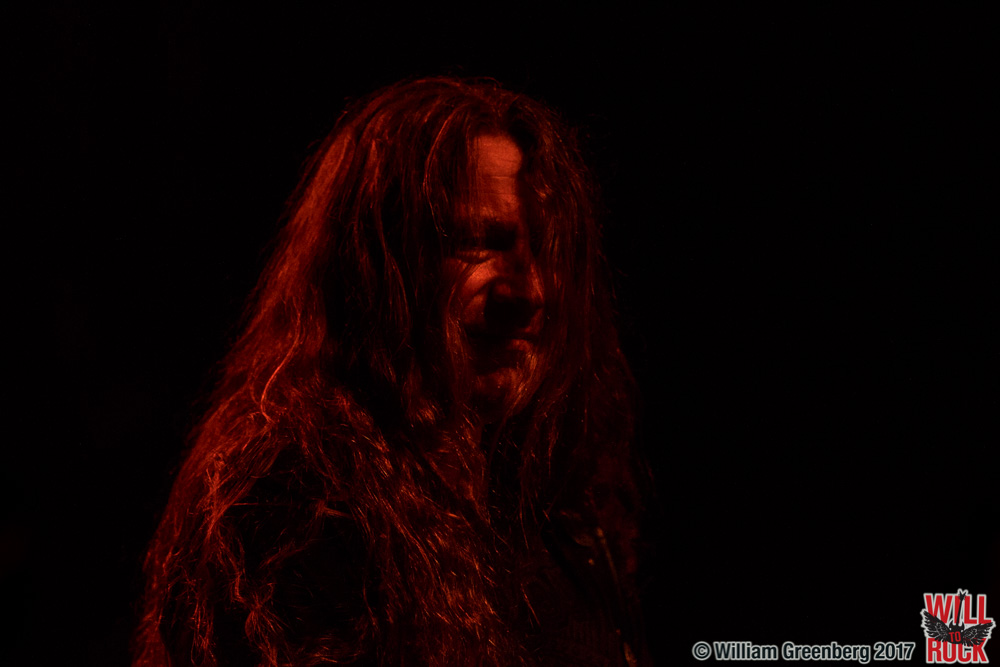 The band are showing no signs of slowing down and putting out four high quality albums within the past 7 years is a great sign that the Accept catalog will continue to expand.  As long as this band are going to be coming to my area, I’ll be putting a ticket in my hand. 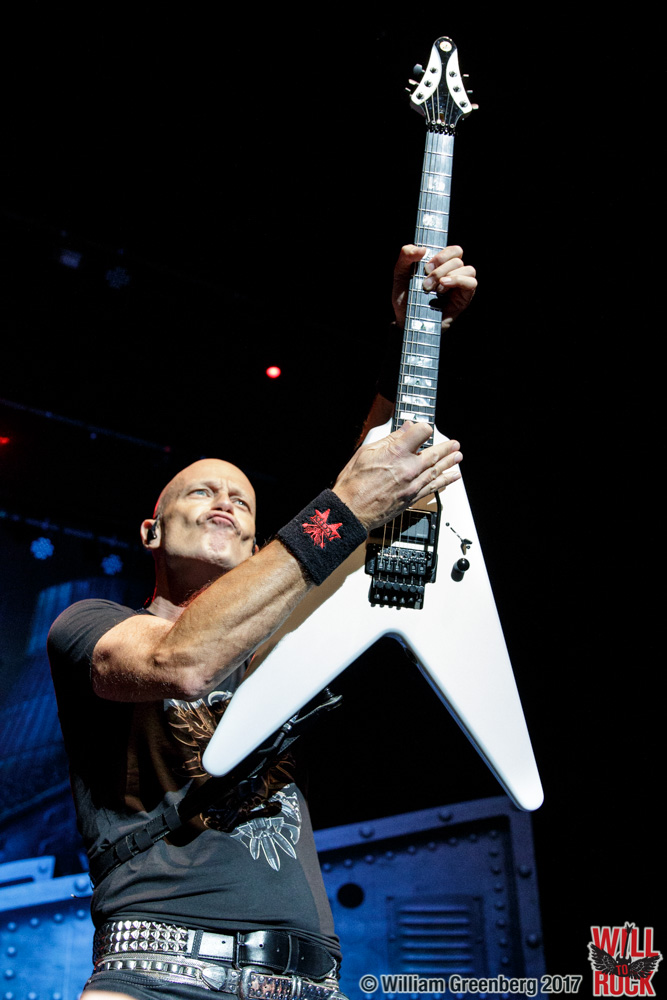 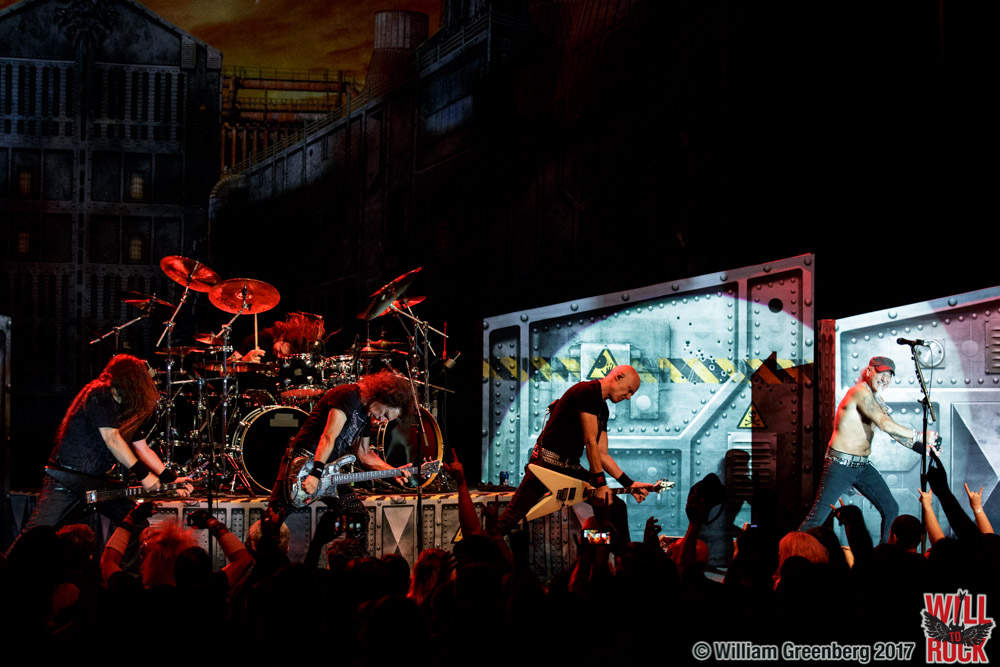 Vicious Rumors have had quite a couple of years.  Last year they got to travel Europe with ex-Accept Vocalist Udo Dirkschneider and his band and now they return stateside to open for Accept as a very special guest for this opening night show.  Vicious Rumors ripped through a short set that saw the Bay Area thrashers give the Saban crowd a quick history of their catalog. 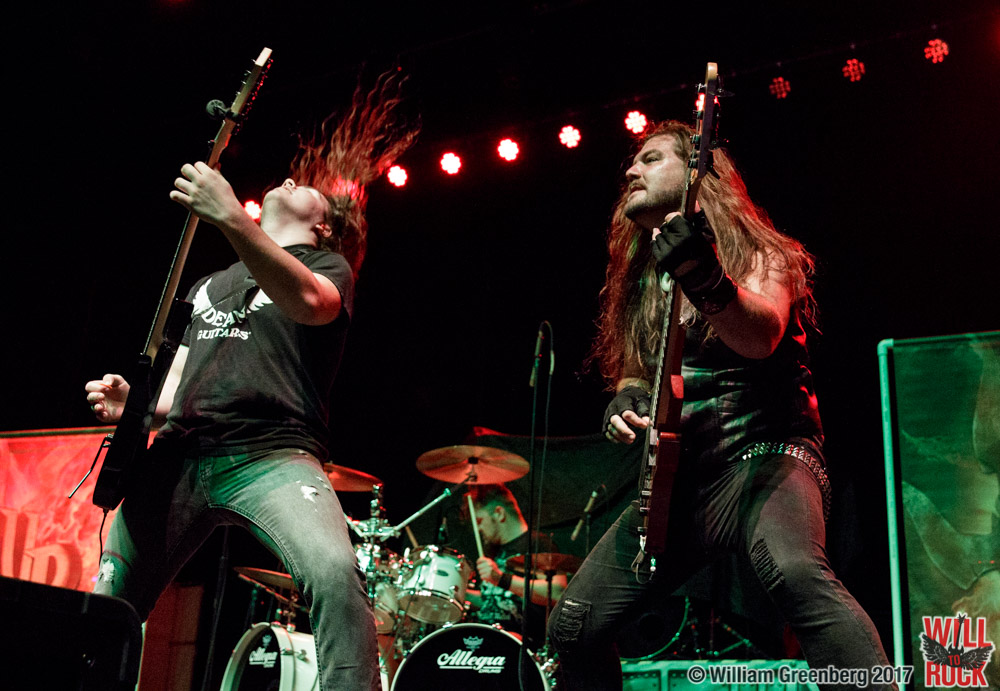 The Vicious Rumors lineup has been a revolving door throughout the years, even including stints by Vinnie Moore and Brad Gillis.  Nowadays the band is anchored by original guitarist, Geoff Thorpe and includes, vocalist Brian Allen, Tilen Hudrap on bass, young gun, Gunnar DüGrey on guitar and long time drummer, Larry Howe. This lineup shows a lot of promise and hopefully won’t be a stranger to the LA touring scene. 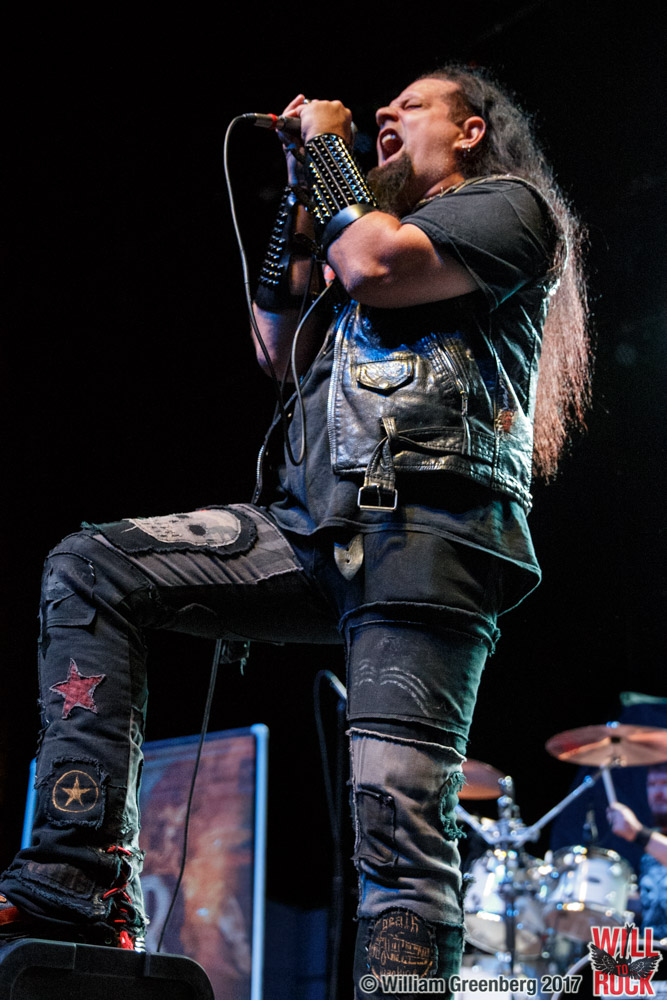 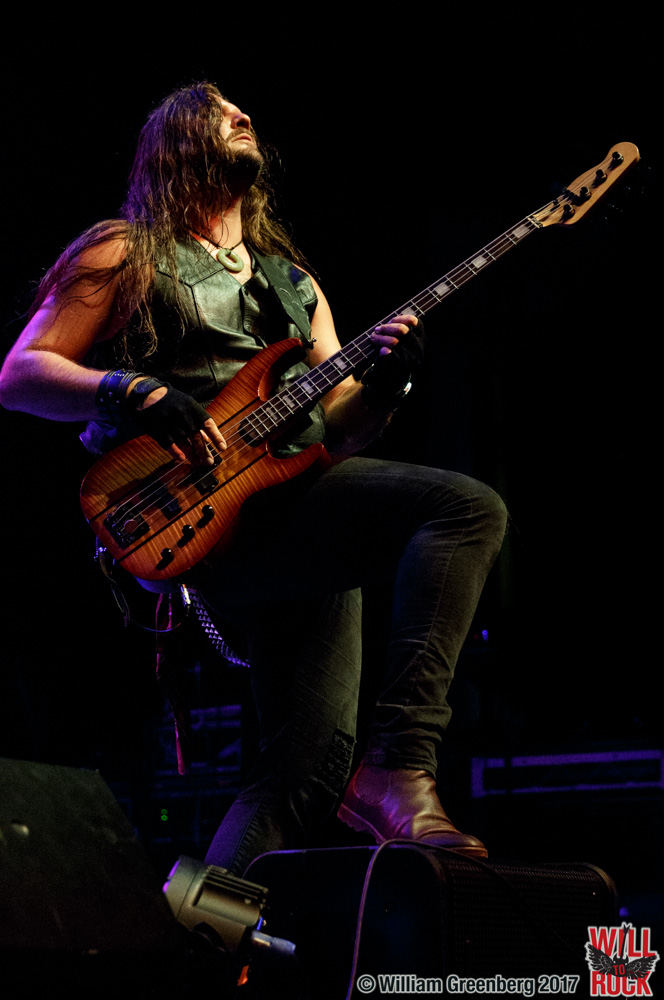