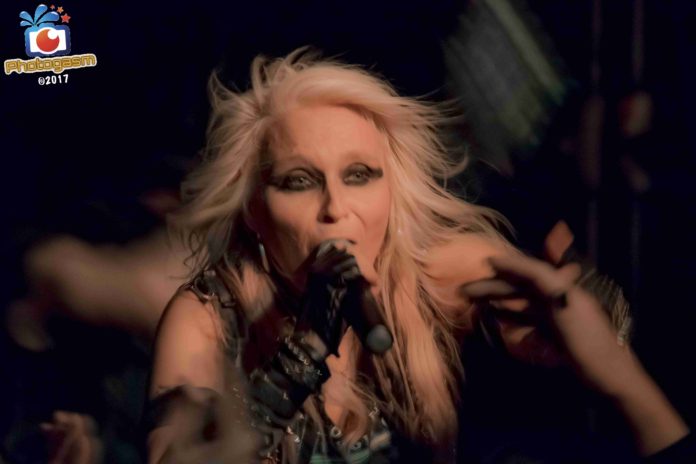 Doro… is this the name of a German Goddess, Heavy Metal Queen? Yes. I believe it is! The Worcester Palladium was, thankfully for me, the first stop on Doro’s 5 State Mini Tour. 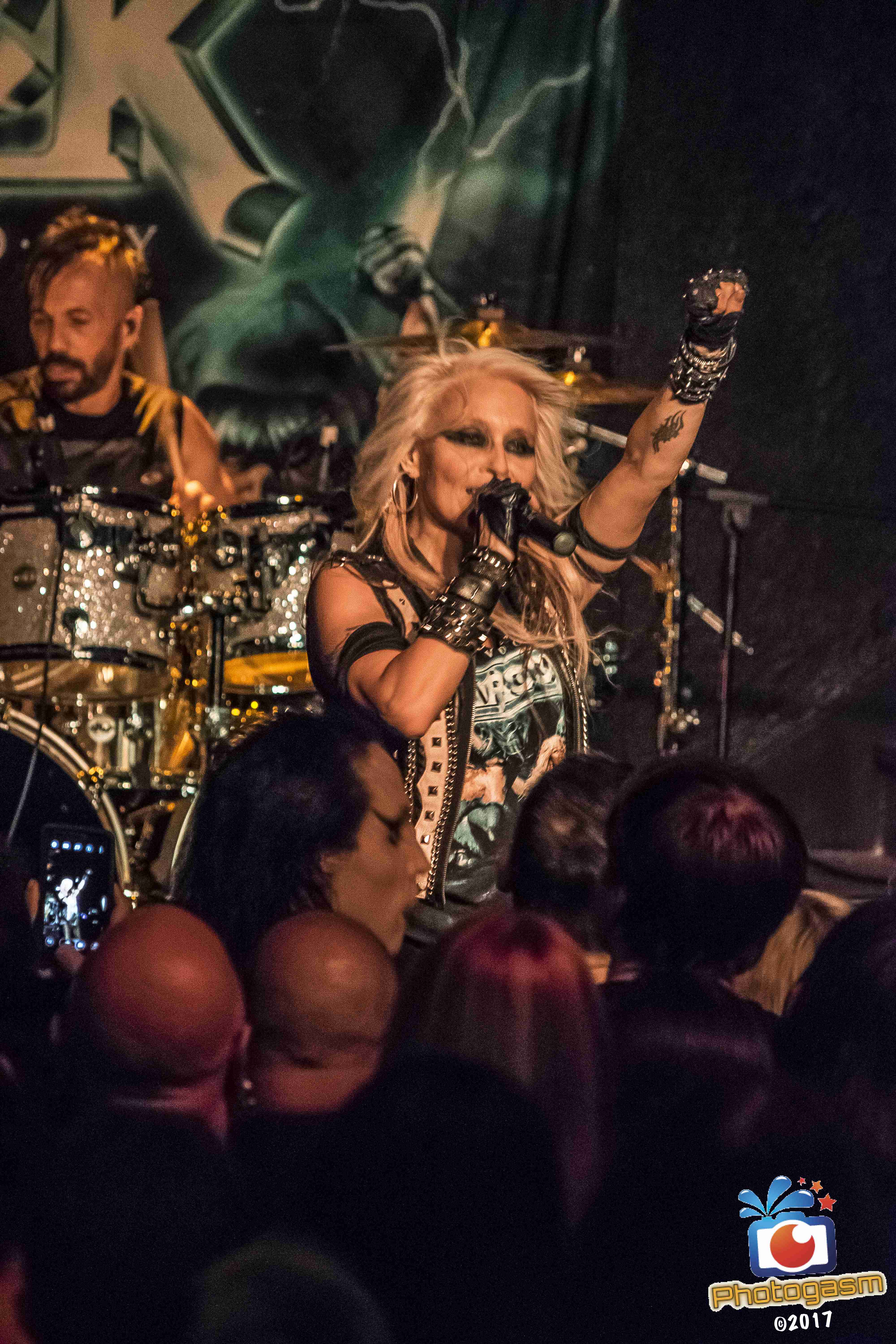 It merely took the first moment of seeing the Goddess entering the stage before she whipped the mostly male audience into a frenzy of a sweaty, fist pumping, singing-every-word, MOB! The ladies in the audience, though fewer in numbers, may have been more emphatic in their adoration for their Queen! The band started with the entire 1987 “Triumph and Agony” album from her band, Warlock, although the order of the songs was switched up a bit. I was not unhappy about this because I think it played for a fantastic (maybe better than the original order?) set of songs. Doro and the band NEVER lost anyone in the crowd the entire time. The addition of original recording guitarist for these songs, Tommy Bolan, brought out a ferocity that these songs absolutely needed. The long time rhythm section of Nick Douglass (bass) and Johnny Dee (drums) made sure that every song maintained the groove and impact that it had when we first laid our ears on these songs 30 years ago. “New guy” Luca Princiotta, only having a tenure of just shy of a decade, did his part in making all the guitar and keyboard parts sound as authentic as the original. 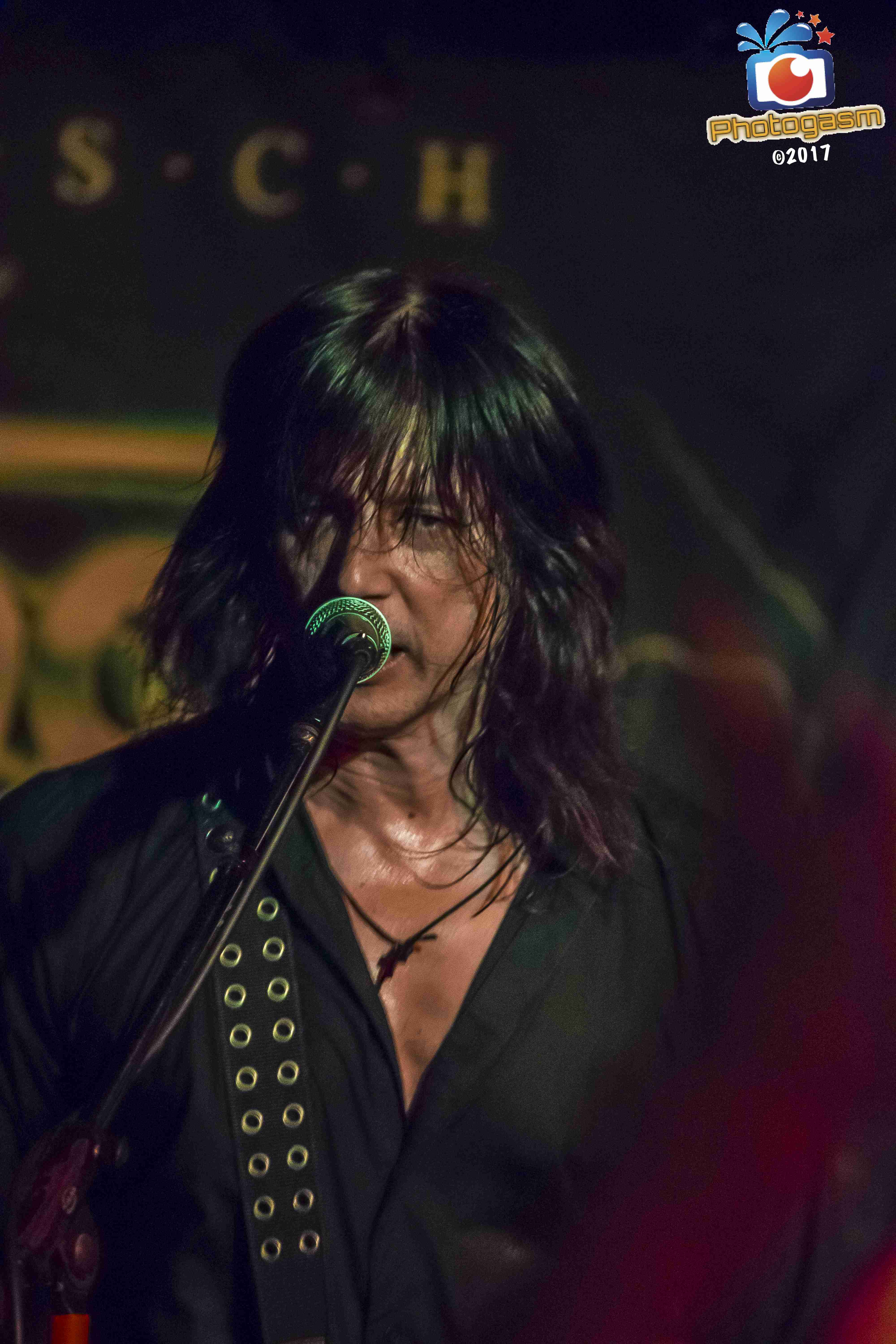 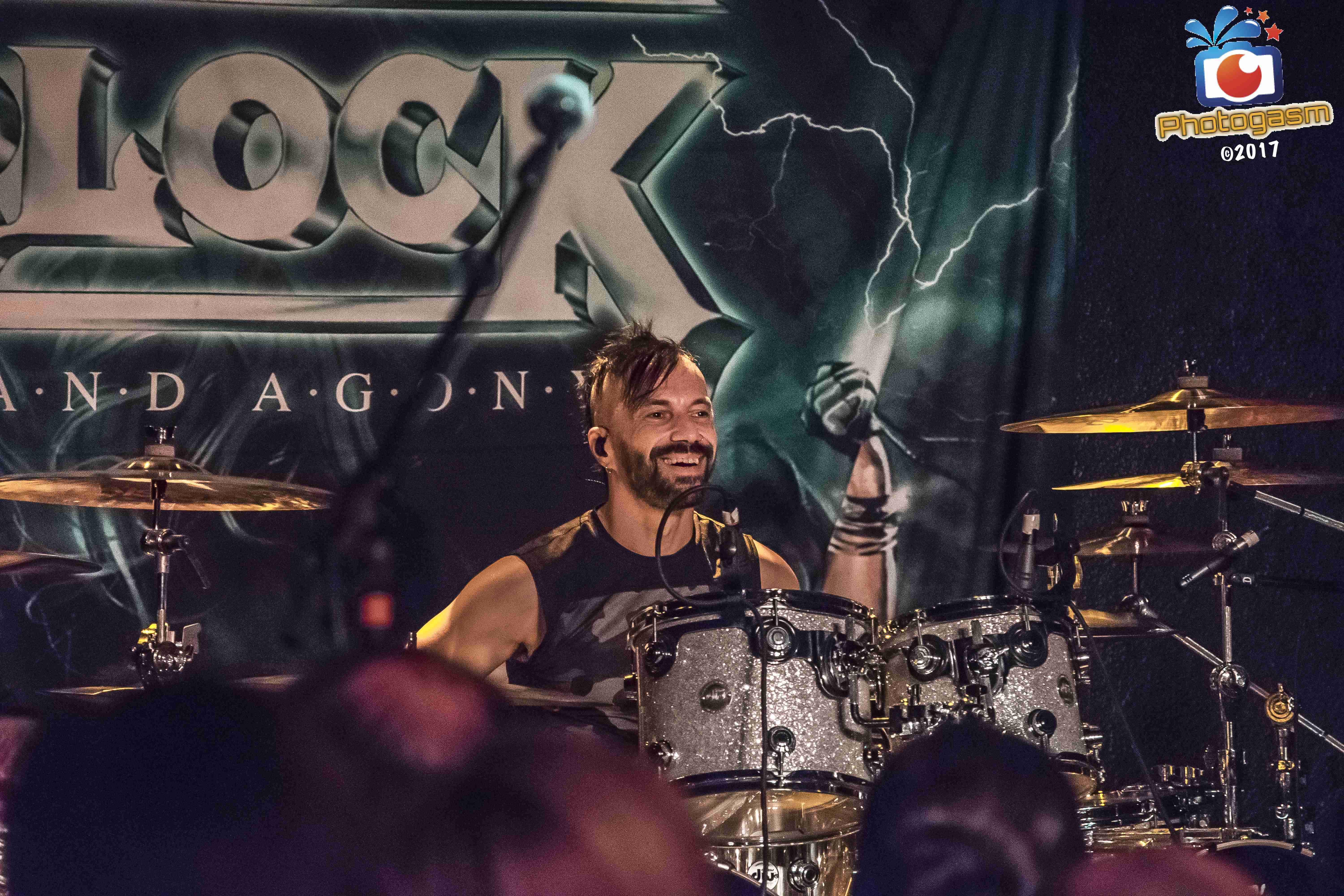 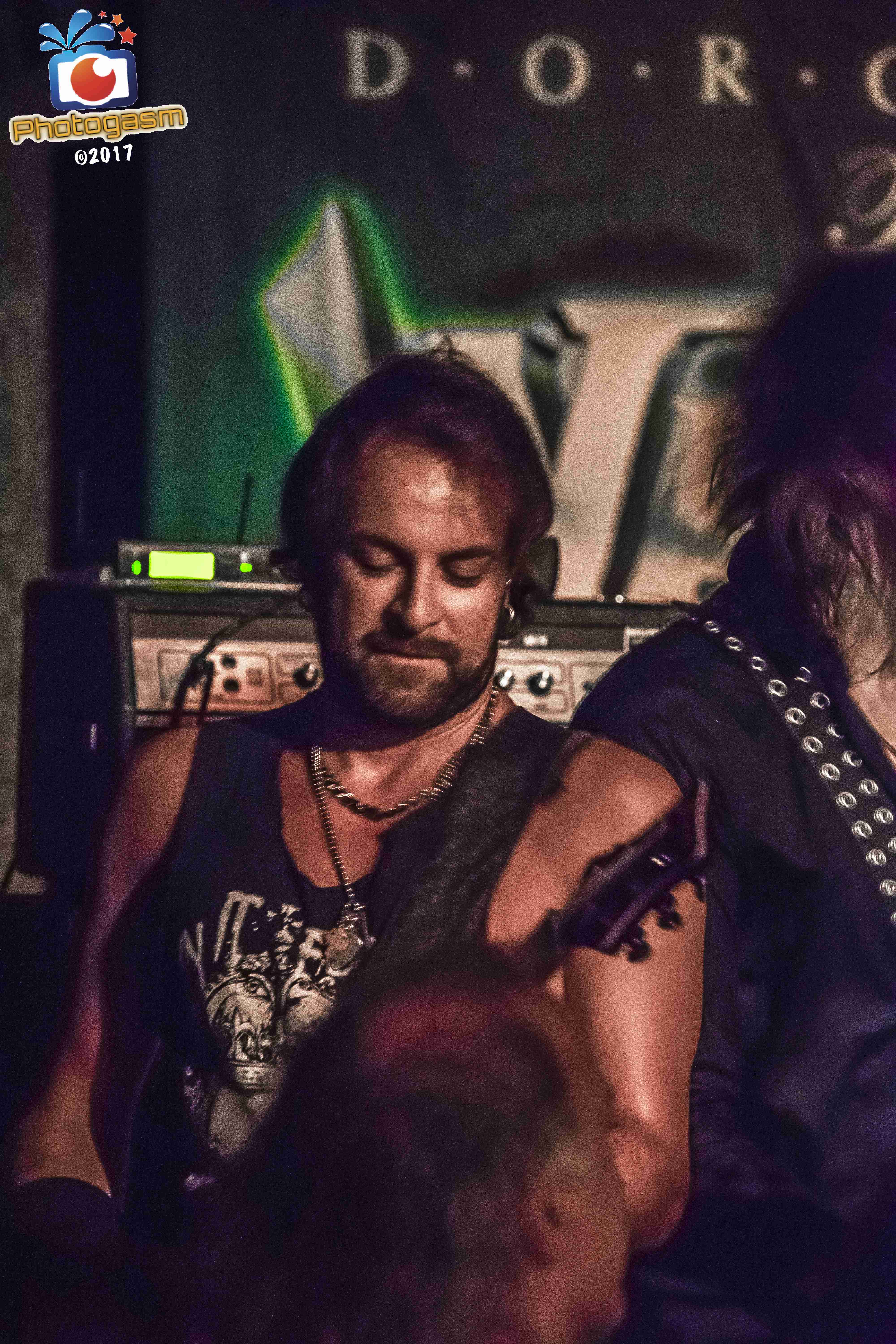 Doro, with her signature blonde mane hair flips, kept everyone singing along with probably one of the more powerful voices in metal today; bar none, male or female.
At the conclusion of the Triumph and Agony portion of the set list, she asked for a few song suggestions from the audience for what WE wanted to hear. Once again, not one word was not being sung back to the band throughout each and every preferred song the band played. I heard a lot of “OH YEAHs!” when the band kicked in with the “Wacken Hymne (We Are The Metalheads)”, first performed at the German festival back in 2009 by Doro and event organizer, Thomas Jensen (and his band Skyline). A giant mess of bodies were left with horns in the air at the conclusion of this song.
As the band began playing the opening chords for the final song, Judas Priest’s “Breaking The Law“, again not one voice in the audience was silent. Hearing Doro’s voice sing this metal staple was just as powerful for this guy/photographer/reviewer as hearing it come from Priest themselves. 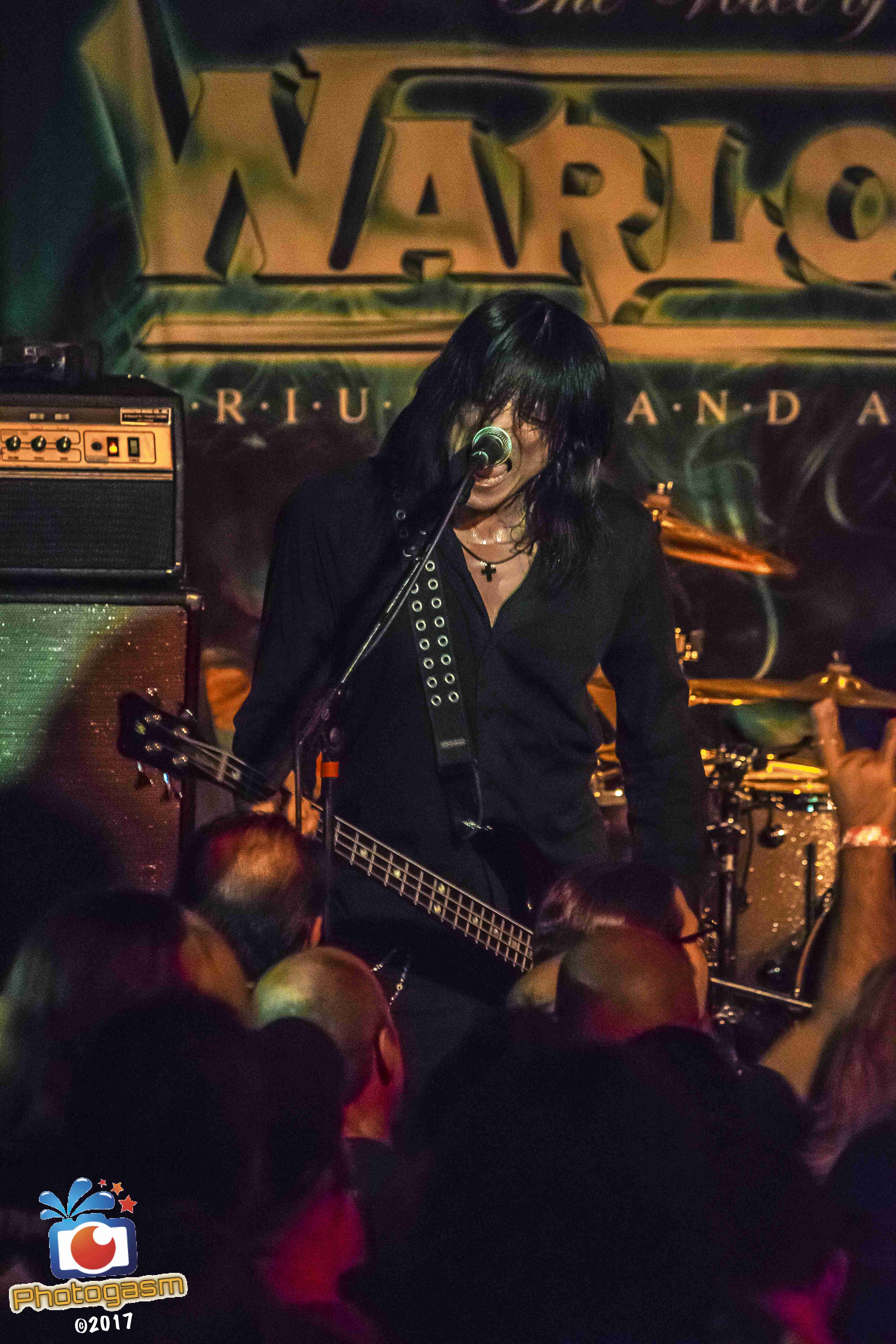 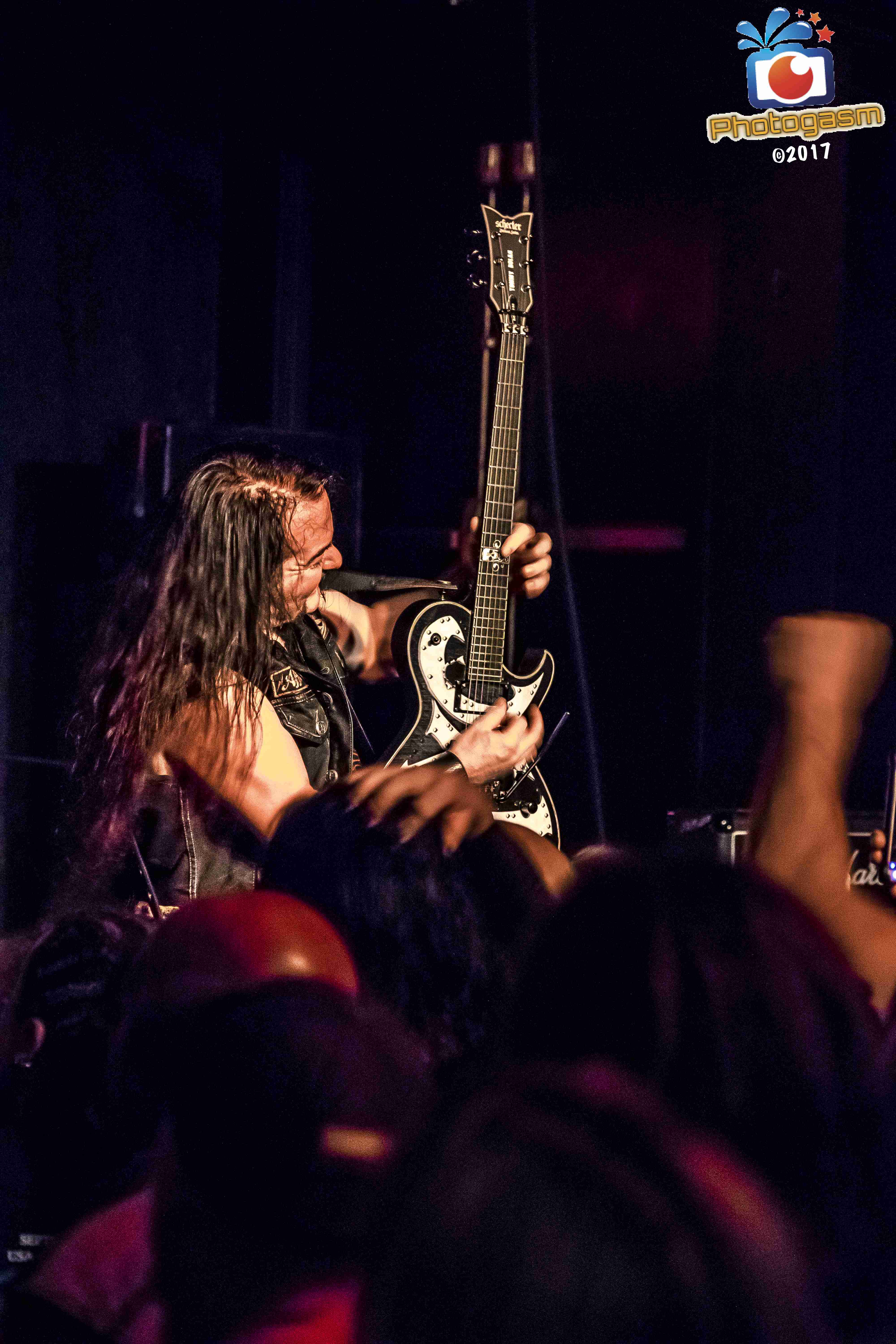 The band left the stage only to reemerge on the main floor of the venue in a matter of minutes; Doro never left the stage and immediately availed herself to the quite cordial and polite crowd for autographs and a barrage of selfies.
Night one in the books. Success! 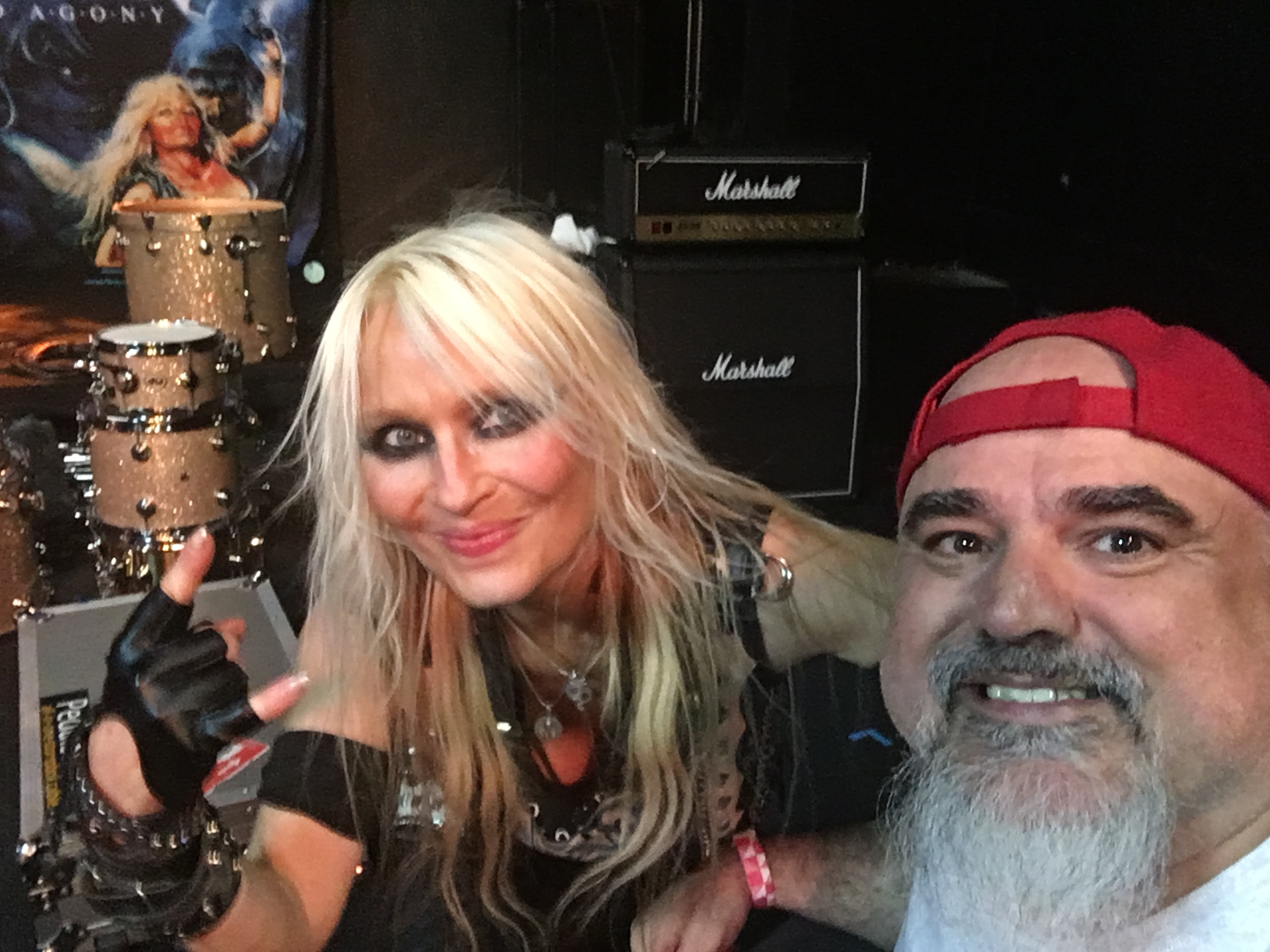 My only complaints for the night were strictly venue related. Having no light show to properly show off this evening of metal music made a tough time to get a night’s worth of digital memories for those past the first few rows who were jammed up to the front of the stage. Also, the first couple of songs had a lead microphone feedback issue; however, this was resolved quickly enough.

TOUCH OF EVIL – TRIUMPH AND AGONY 87

I RULE THE RUINS – TRIUMPH AND AGONY

KISS OF DEATH – TRIUMPH AND AGONY

ALL WE ARE – TRIUMPH AND AGONY