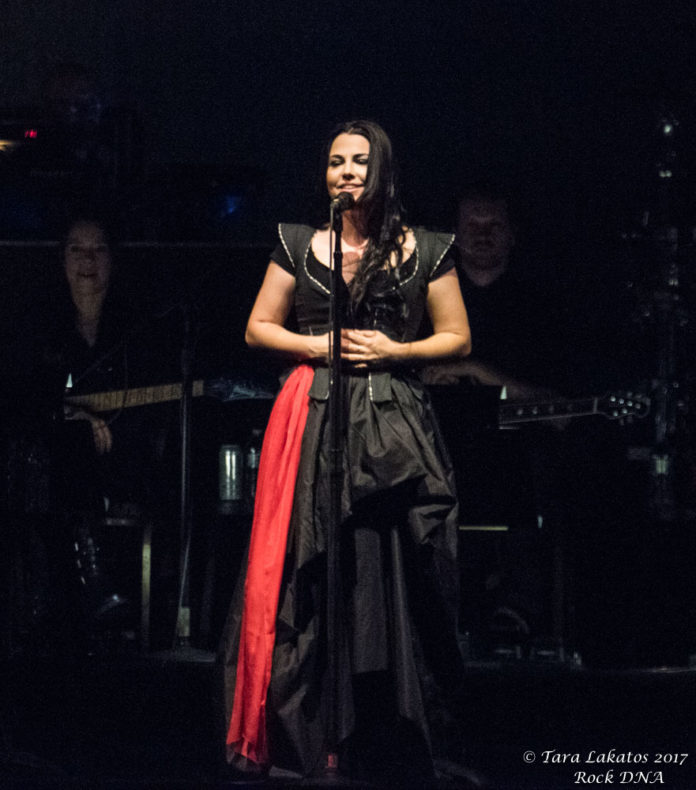 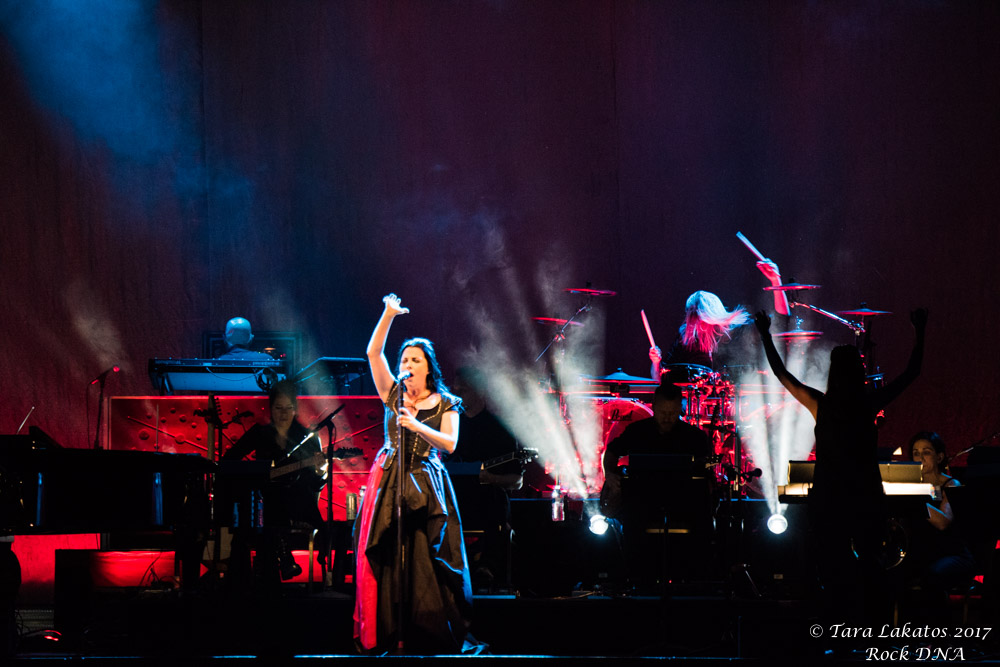 Evanescence flew into Bethlehem, Pennsylvania on the wings of an angel, that angel being Amy Lee.  Evanescence performed their orchestra led “Synthesis” tour at the Sands Event Center on November 6, 2017.  This tour is the uprising of Amy Lee after a tumultuous few years of legal battles with her former label Wind-Up Records and band lineup changes.  Their new album “Synthesis” is arriving this Friday, November 10th and is a combination of older material mixed in with a couple of new songs.  The album does not have the classic melodic metal sound of Evanescence.  These reimagined versions of Evanescence classics are performed with a full orchestra and have embedded elements of electronic rock added in.  I feel that this album is Amy’s way of shedding the past and recording the songs in the way that they were meant to be.  She recruited producer Will Hunt and composer David Campbell with whom she worked with previously. 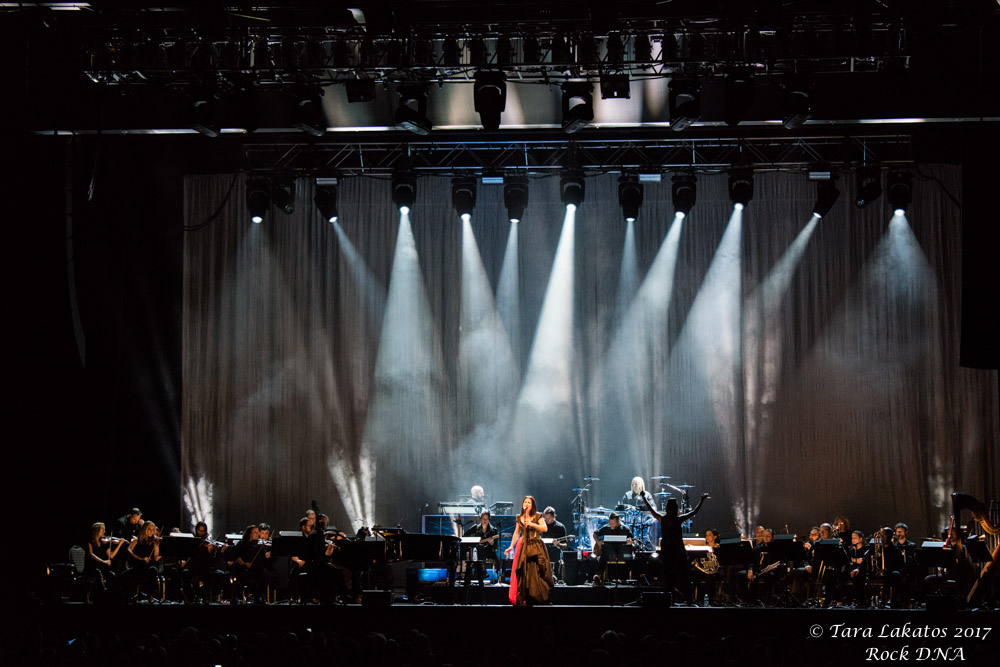 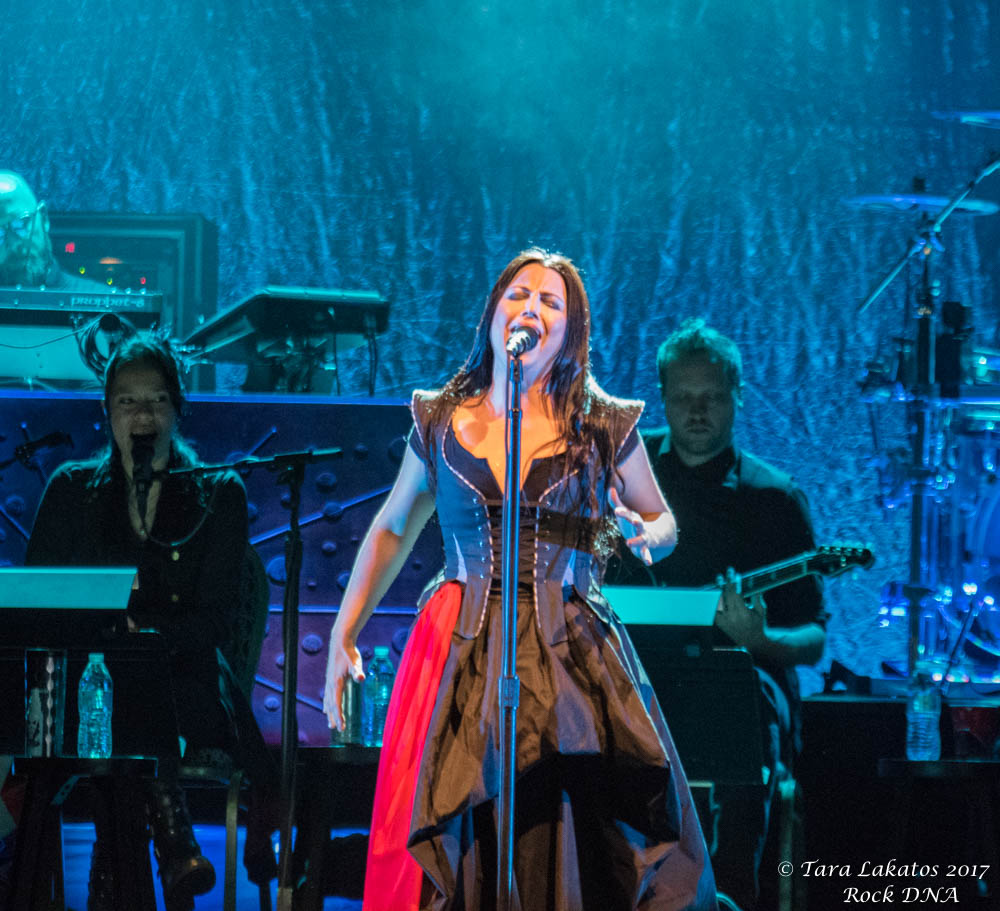 The show started with a 30-minute performance by the orchestra, opening with Beethoven’s “Moonlight Sonata” and ending with “Sally’s Song”.  The orchestras on this tour have been made up of local musicians.  Amy commented that one of the awesome things about this tour that is that they play with different musicians pretty much every night and that’s as live as it gets.  With that being said you would never know that the orchestra wasn’t a part of the tour.  They blended perfectly with Evanescence, Amy Lee (vocals/piano), Jen Majura (guitar/vocals), Tim McCord (guitar), Troy McLawhorn (guitar) and Will Hunt (drums). 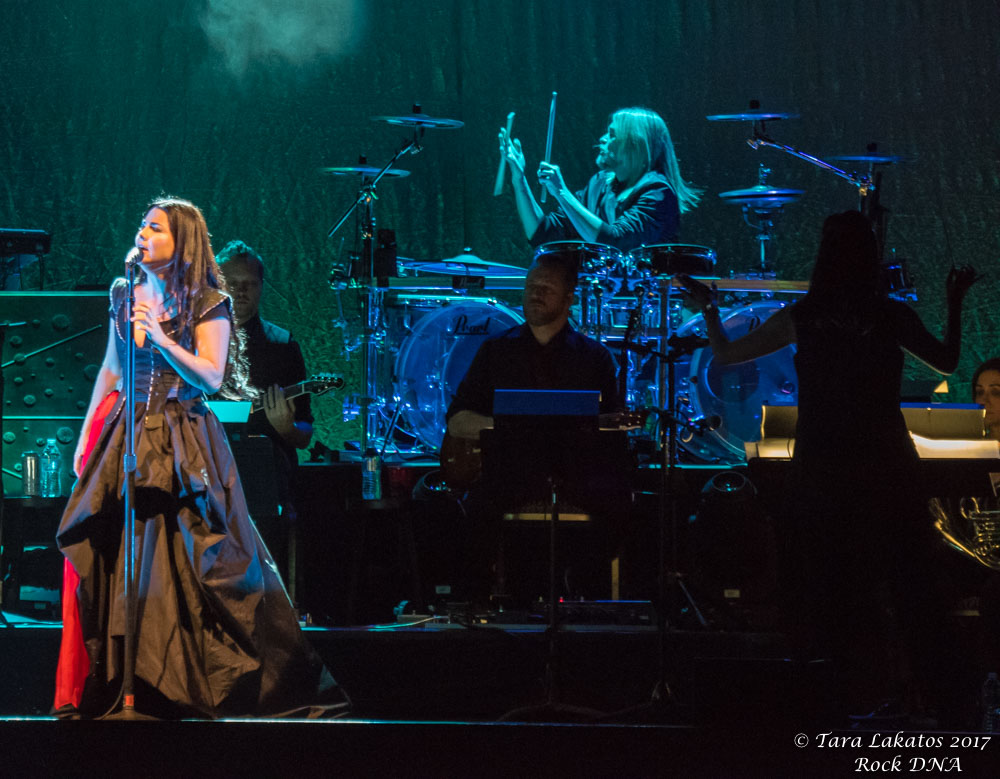 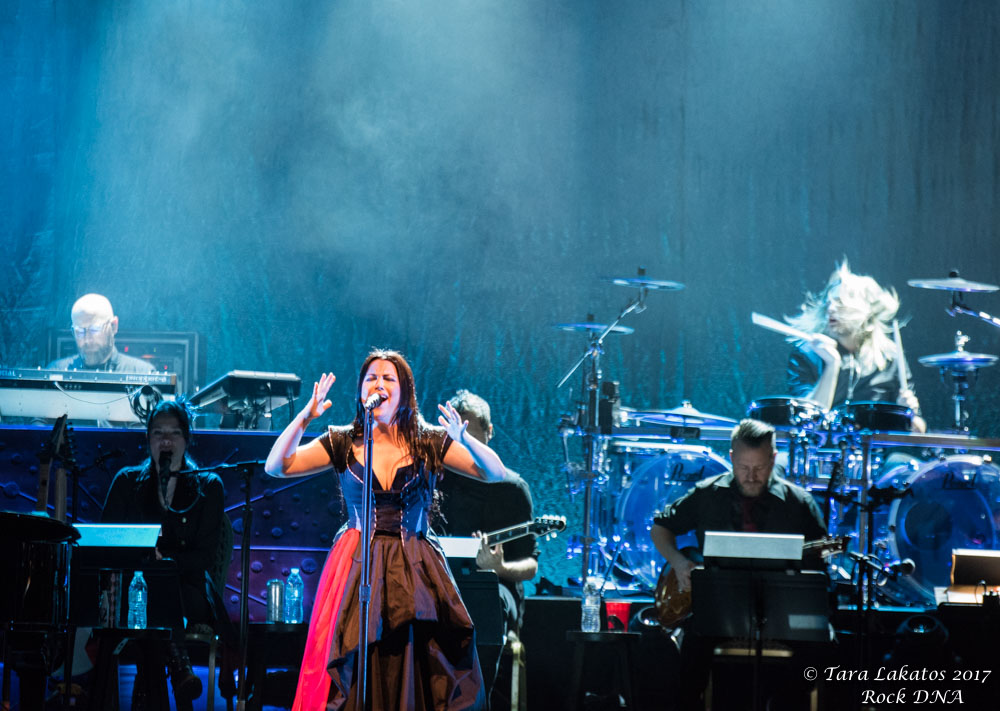 After an intermission the orchestra took their places on stage along with Jen, Tim, Troy and Will.  Amy then came out to her grand piano, sat down and played the “Overture” that leads into “Never Go Back”.  It went from a dramatic instrumental to Amy softly singing to a full-blown rock opera over the course of three minutes.  She then emerged from the piano to her microphone in the center of the stage, belting out the remainder of the song.  It was a beautiful opening that set the tone for the evening.  “Never Go Back” is originally off of Evanescence’s 2011 self-titled album.  Although it was reworked into a symphonic rock song it did not lose its percussion heavy core. 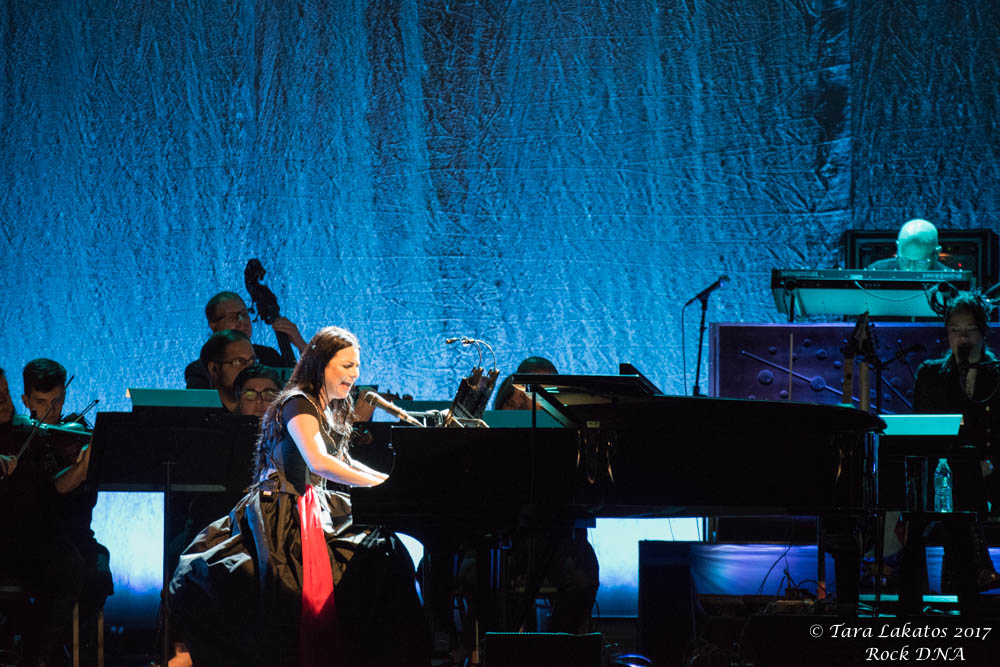 Next up was “Lacrymosa” from 2006’s “The Open Door”.  This track is not too far off from the original, which was already orchestral in nature.  Amy showed the audience that it was possible to head bang with a 25 piece orchestra behind you.  Will’s electronic drum kit was situated on a riser behind the Evanescence guitar players, he was extremely animated and a pleasure to watch.  He was definitely at a rock show in his mind.  It made for a great entertainment factor and contrast to the other band members.  Jen provided backup vocals and her flawless guitar work that complimented Amy so well.  Tim and Troy both looked very dapper and seemed to enjoy being mixed into the orchestra; it was definitely something out of their wheelhouse.  Amy thanked her band mates several times for being on this journey and doing something completely new and different. 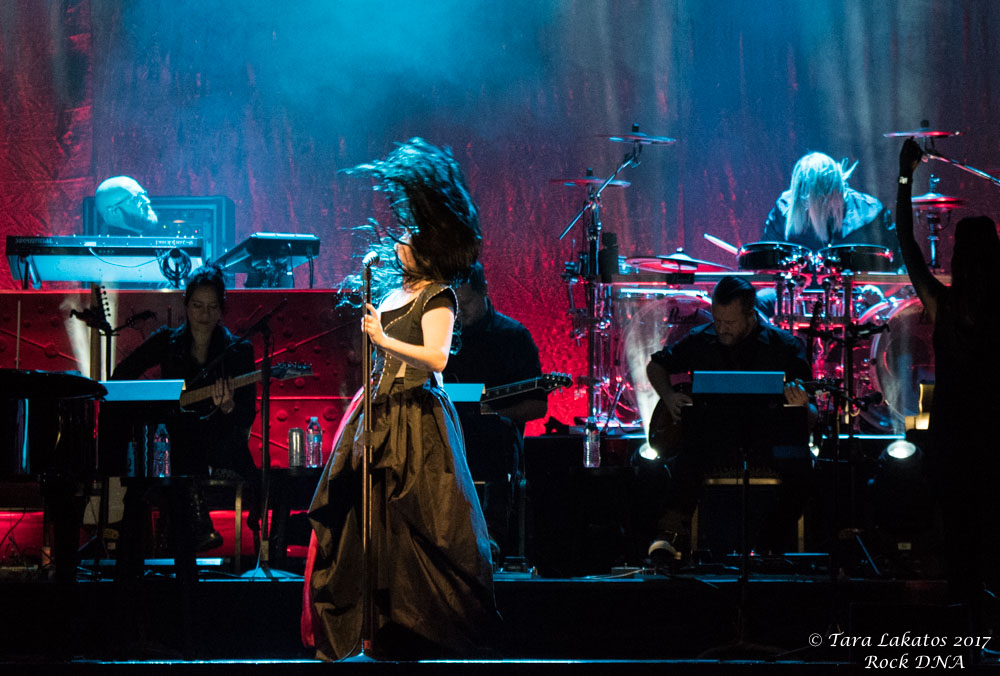 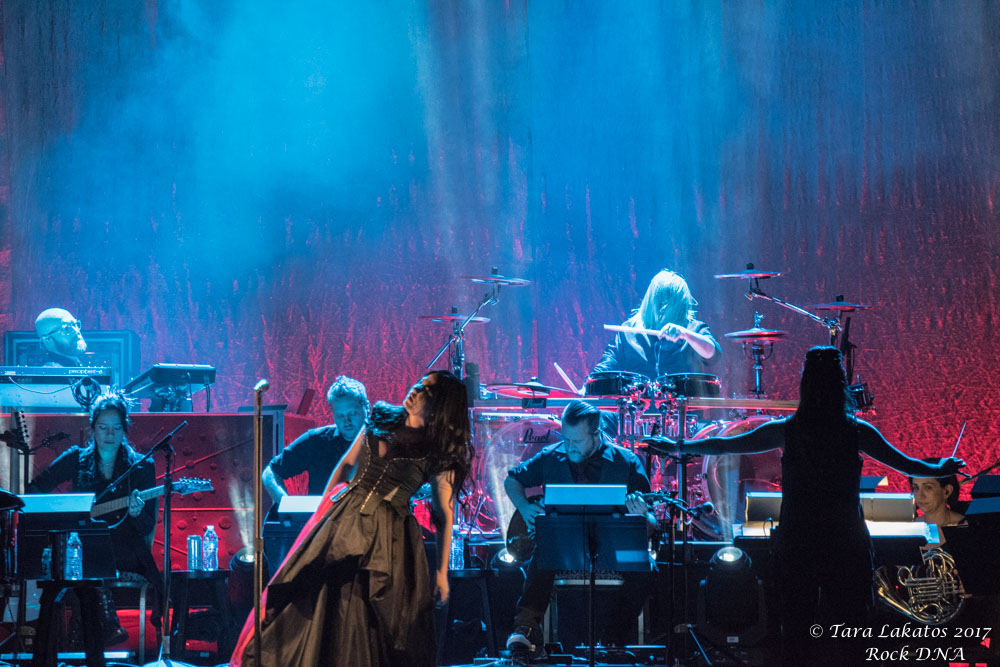 A few songs later Amy went back to the piano to perform one of my favorites, “Lithium”.  This song was haunting in its previous life but now it sends relentless chills down your spine.  Amy’s voice is in top form and is showcased with the soft melody of this song. Her range is incredible!  This rock chick definitely has a classical core. 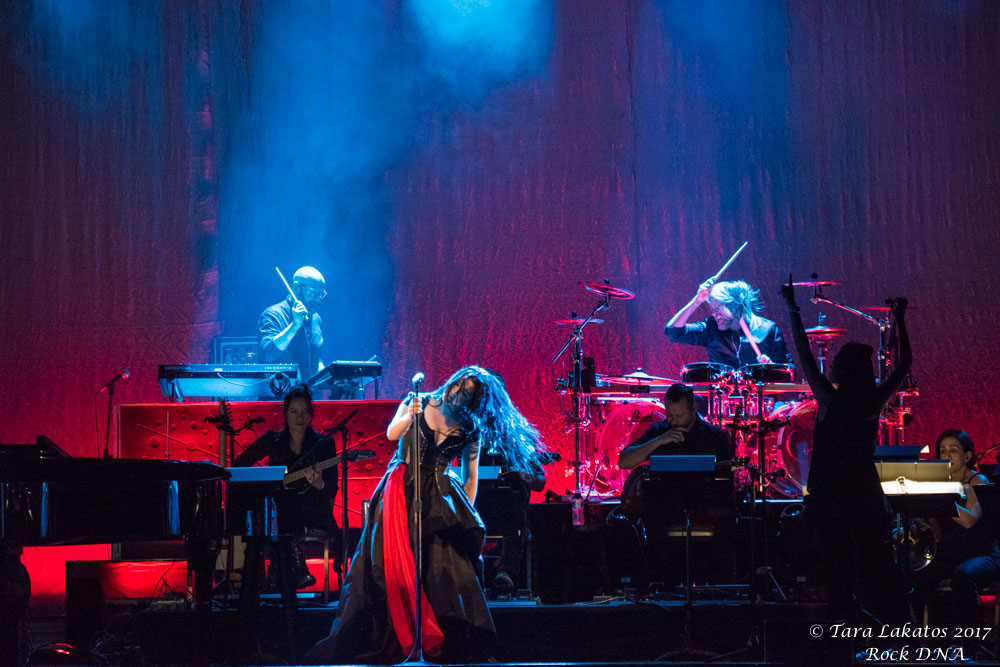 Just when you think you’ve heard it all they pull out “Bring Me to Life”, one of their signature tracks that originally had rap vocals performed by Paul McCoy.  The rap part of the song is something Amy was never fond of so she is very happy that it’s now recorded the way she originally intended it to be.  To be honest it sounds like a totally different song.  Many of the other older tracks did not stray that far from the originals but this one is a totally different animal and a better one at that. 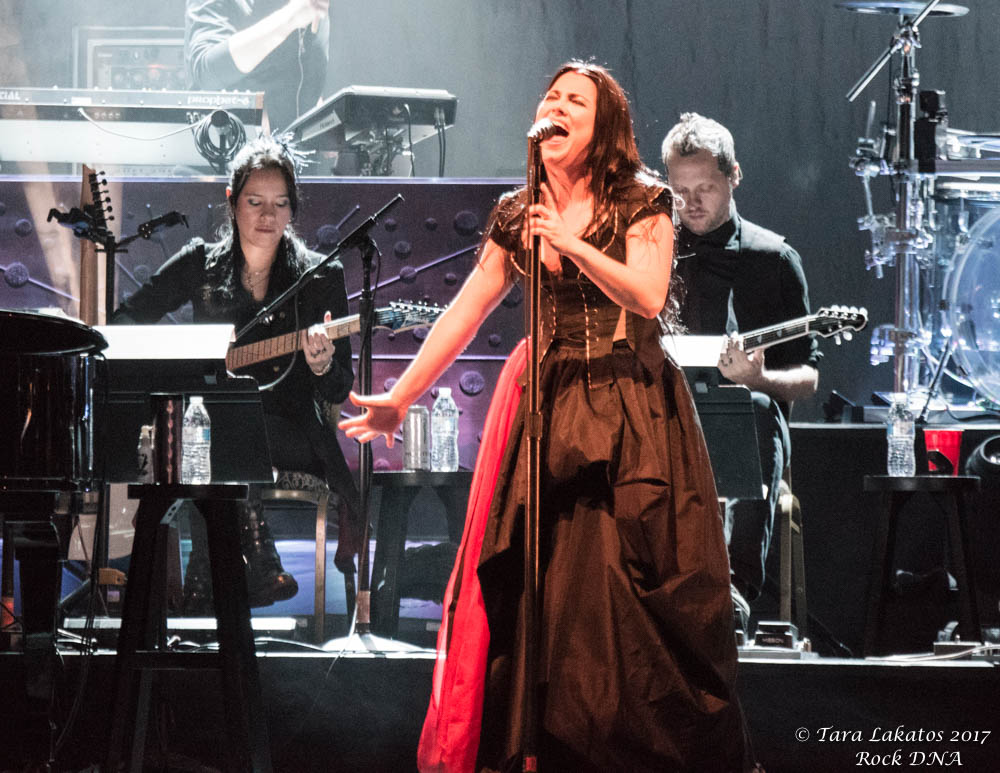 This brings me to “My Immortal” from their 2003 release “Fallen”.  Amy started off by saying to be honest for many years it’s been my least favorite but probably because it’s everybody else’s favorite.  She went on to say that she likes it way more now and the song has grown on her.   She said it means so much more now because of the history that the band has with the fans.  Meanwhile I’m one of the fans that this song has touched, one of the fans that has always loved this song.  About four bars in and I’m sitting there in tears.  To me this is what music is about, what live music is about, the emotion that a song can strike and the connection that is formed between the artist and the listener. 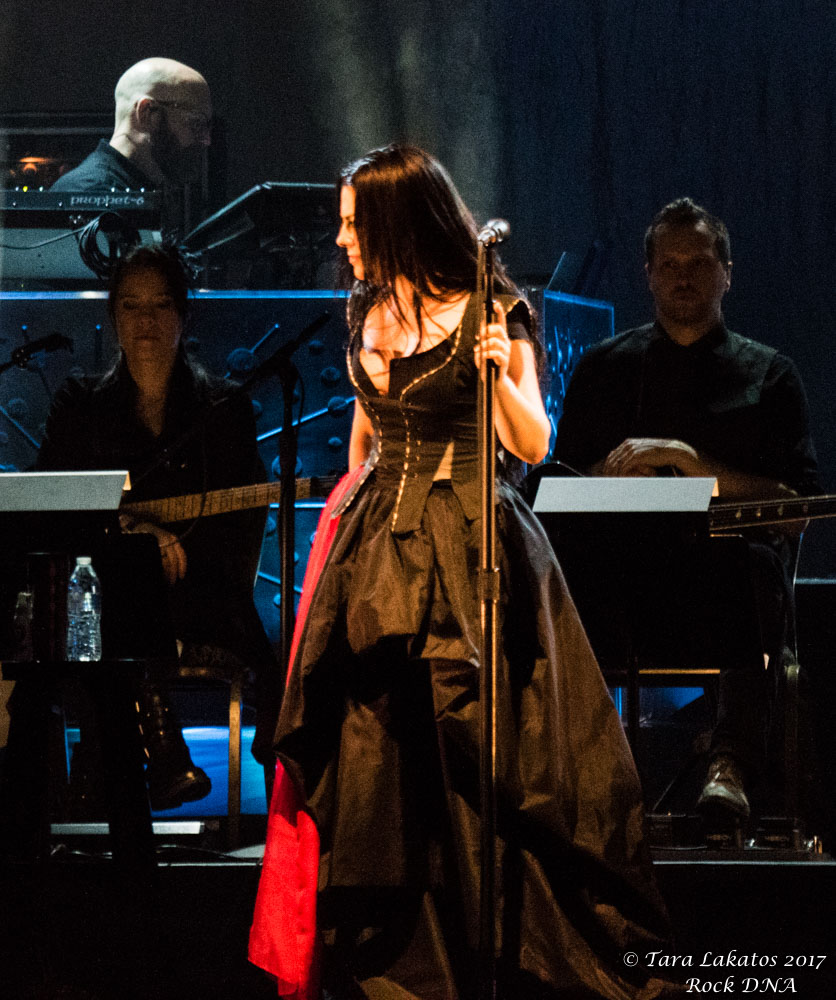 They also performed two new songs, “Hi-Lo”, which features dubstep violinist Lindsay Stirling and “Imperfection”, which is a song about suicide.  Amy says “Imperfection” is a plea to fight for your life and that no one is perfect.  They recently released a very powerful video for this song that is worth watching.  “Speak to Me” was also performed which Amy wrote and recorded for the movie “Voice from the Stone”. 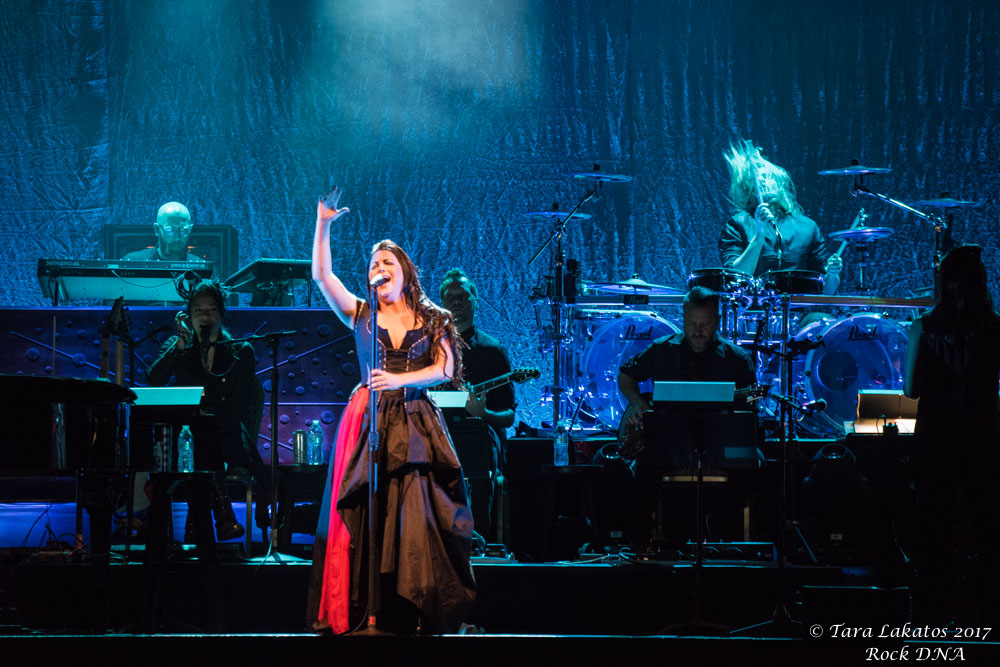 Towards the end of the set Amy sat down at the piano and gave some words of advice before going into a haunting version of “Good Enough”.  Her speech really hit home for me on this night because I was truly nervous about photographing this show.  I wish I had heard her words a few hours earlier.  Amy said, “Flaws aren’t flaws.  I keep thinking every day there’s some point where we criticize ourselves, when I feel like I’m not good enough, or I don’t belong and it’s awkward or it’s easier not to do the hard thing.  Like this is intimidating..All these musicians went to way more school than I did.  I feel like that translates to every area of life and I think other people, you guys can probably relate, are too hard on yourselves.  I don’t want to be perfect, I really don’t and you shouldn’t either.  Those aren’t flaws, those things you are always trying to correct, those are the things that make you who you are.  That’s what makes you unique from everybody else, so let’s not be afraid of who you really are”.  This speech was perfect because Amy had to break free from her past and this tour shows that she is no longer afraid to be who she is and let her light shine brightly. 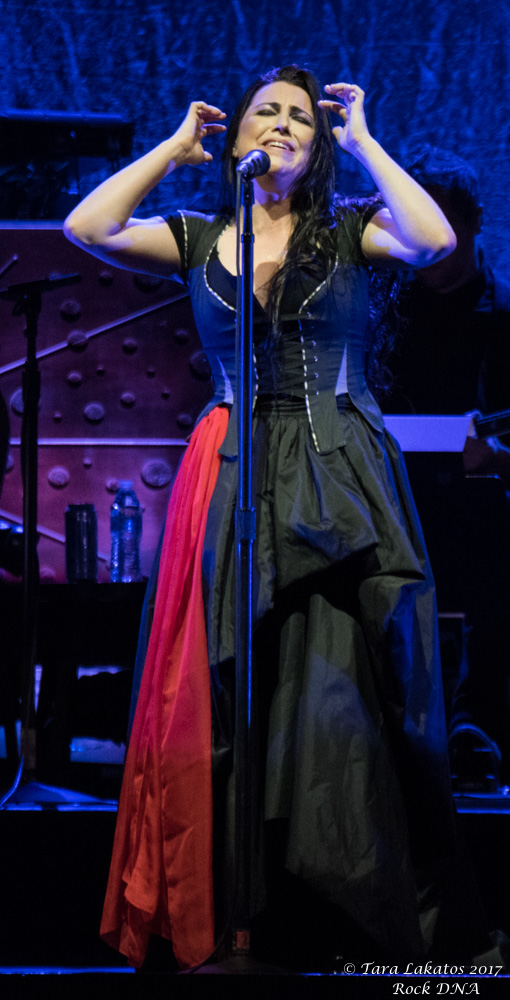 Evanescence and accompanying orchestra closed this amazing show with “Swimming Home”.  There could not have been a more appropriate song to end the show with.  This entire evening was a journey of Amy and Evanescence finding their way home, back to what should have been.  This has been a long road for this band but it some ways it’s only the beginning.  With Amy being the only original member all the weight of years past has been shed.  “Synthesis” is a Phoenix rising from the ashes and I cannot wait so see what comes next. 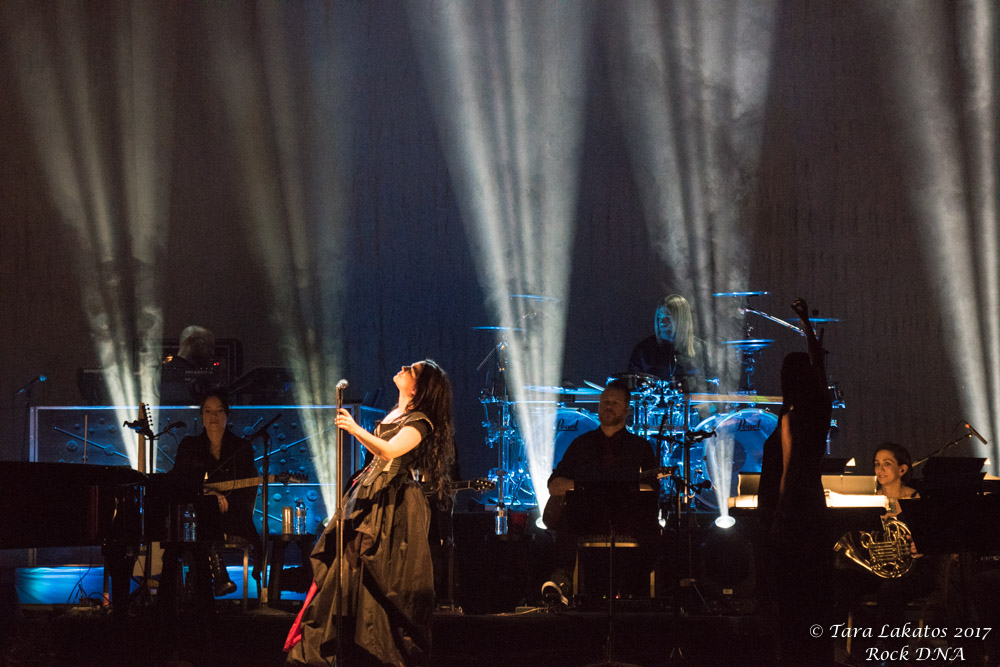 Evanescence has one more leg of this tour in North America after the Thanksgiving holiday then off to Australia and Europe beginning in February.  Do yourself a favor and catch this tour if you can, you will not be disappointed.  Its not the Evanescence of yesteryear this time around, it’s so much more.