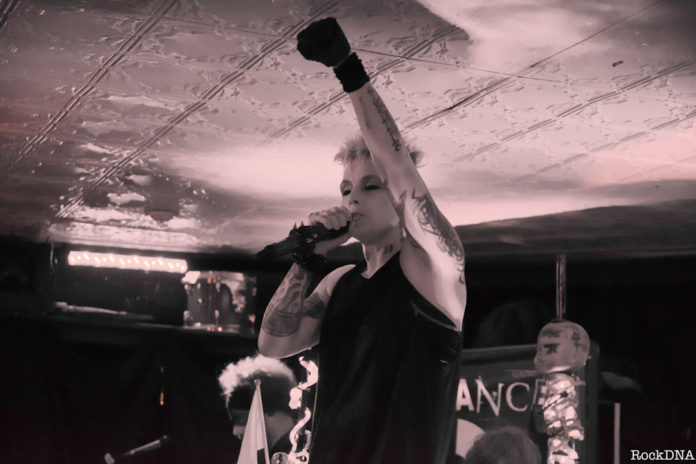 Otep Shamaya brought “The Resistance Tour” to The Stanhope House in New Jersey on June 14, 2017. She is a bad ass front woman, songwriter, author and activist. Jumping on the music scene in 2000 she has released seven albums to date starting with 2002’s Sevas Tra to her latest Generation Doom which was released in the spring of 2016. 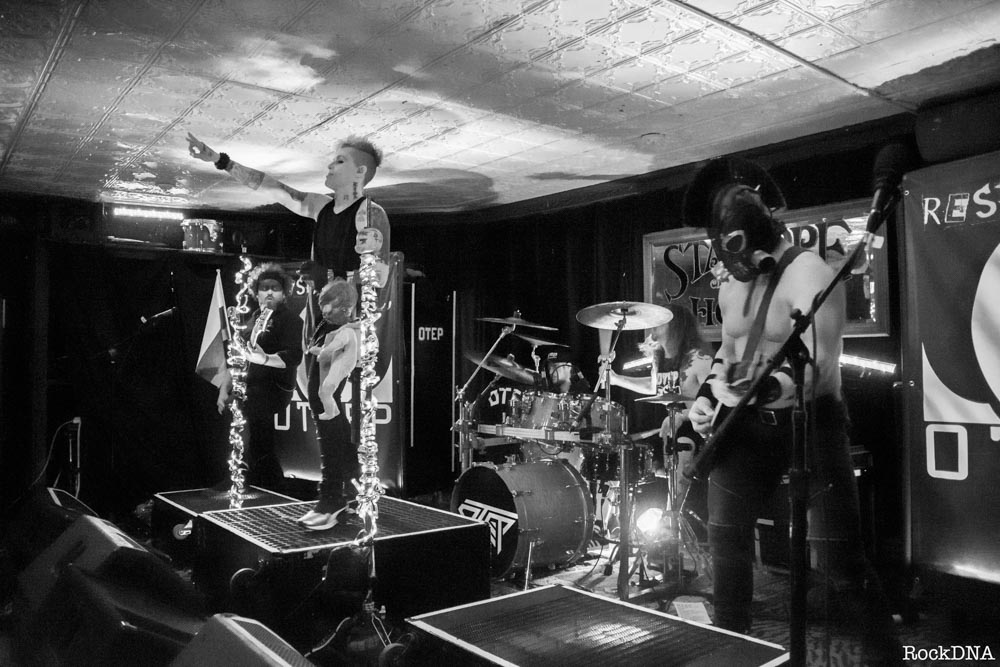 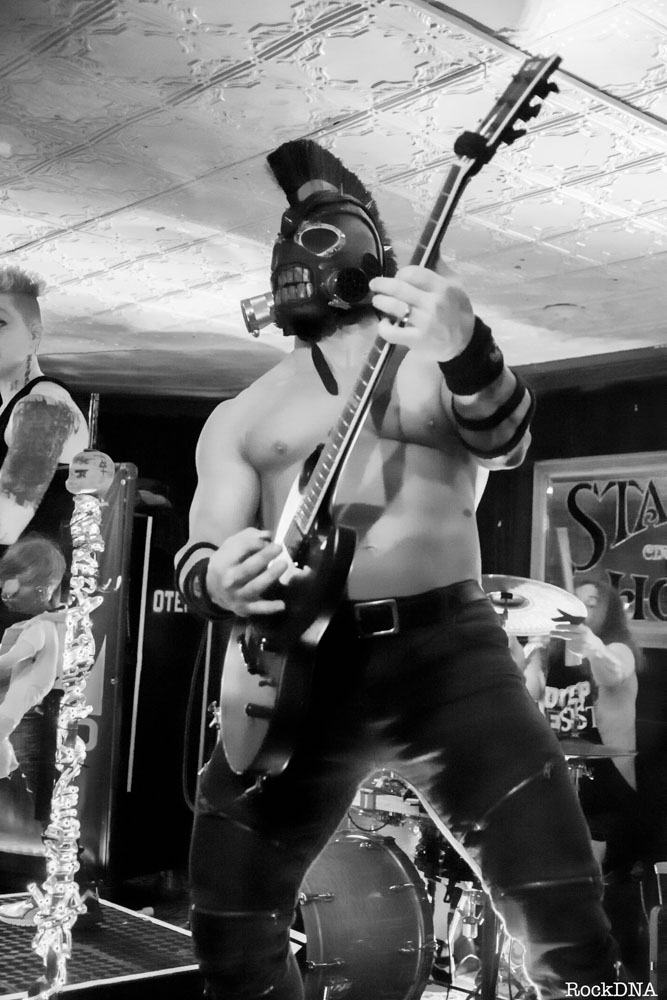 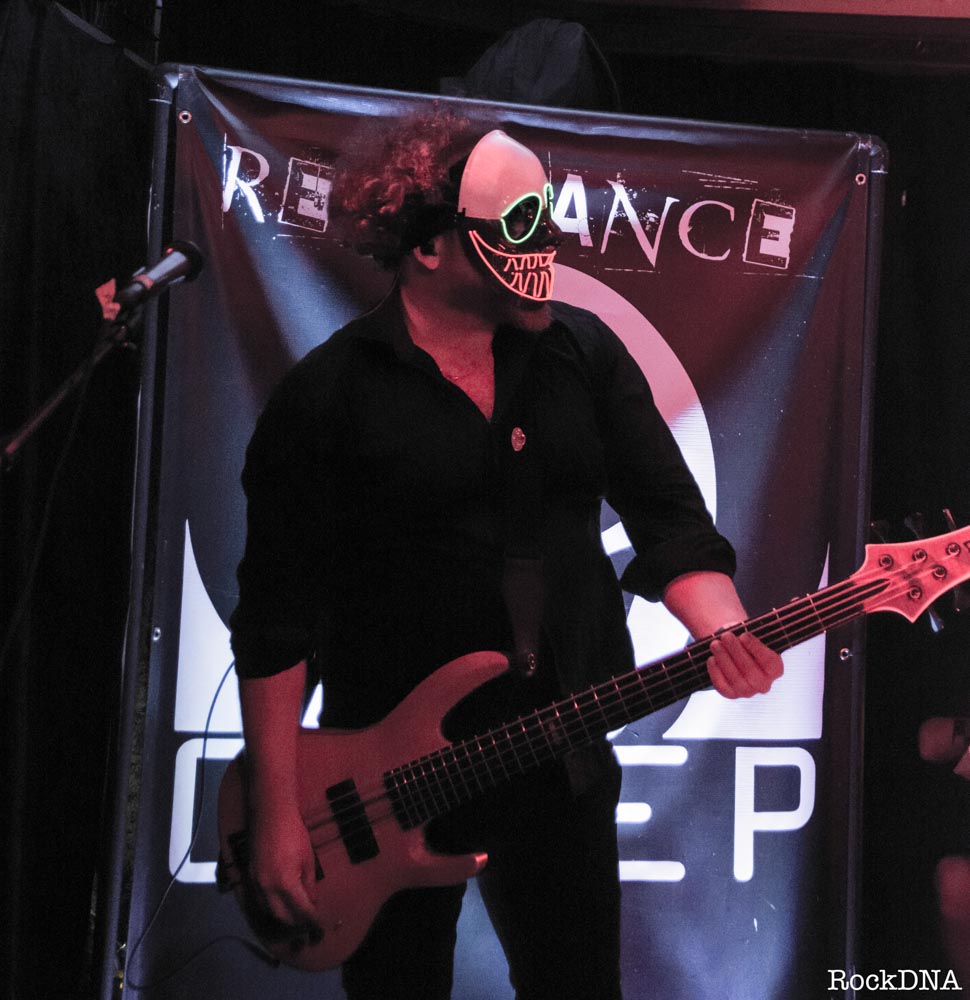 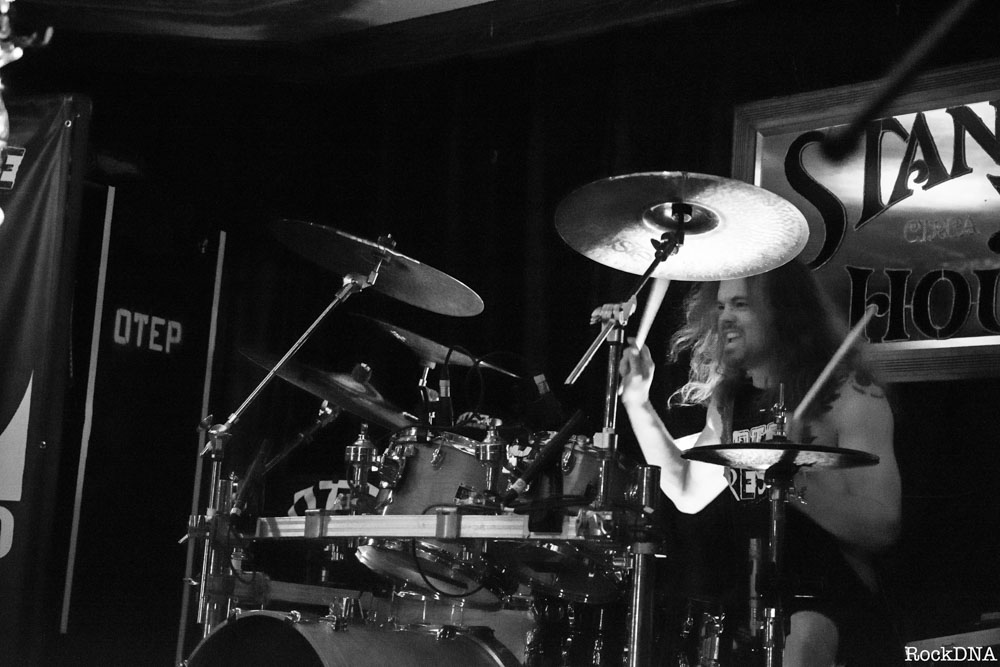 The crowd was heavily in to the show from the moment she hit the stage; fists pumping in the air, moshing, and chanting the lyrics of their leader. In true Otep style she took time between several songs to preach her message of resistance to our current political regime and instead promoted love, equality and acceptance. 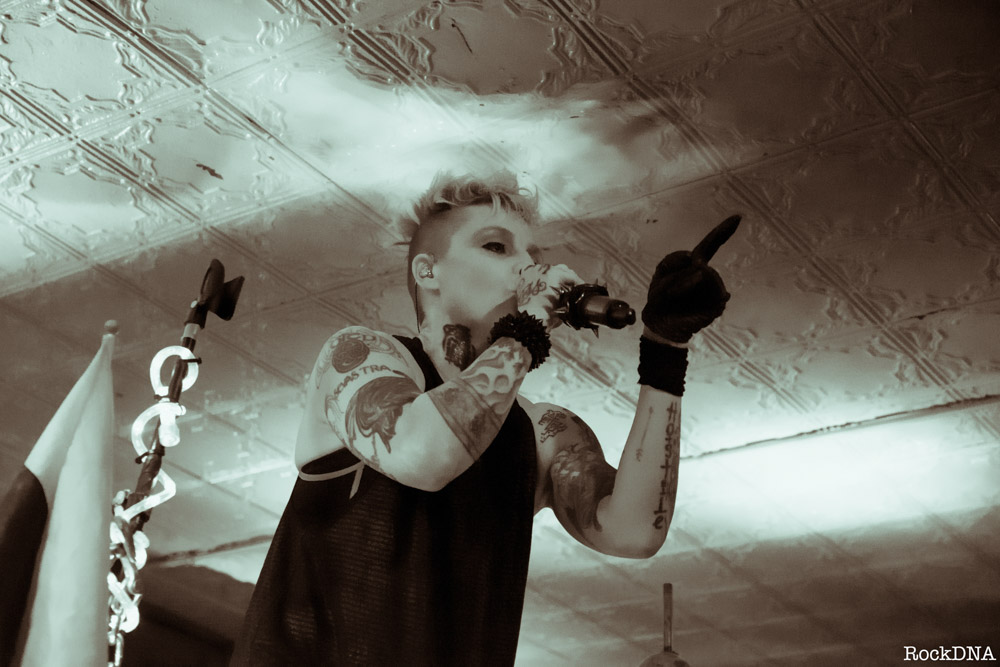 Otep is very vocal about her dislike of President Trump using several interludes to speak about him. She utilizes twitter to voice her dislike of the President which in turn has landed her page on the 100 accounts that are being targeted by the Whitehouse for being a possible threat. She told the crowd that this was one of her favorite achievements. Her videos have also been targeted by Facebook; being removed for not conforming to “community guidelines”. One thing Otep has never done is conform. The show was ironically on Trump’s 71st birthday. She wished him a happy birthday shortly before bringing out a Donald Trump mask that she placed on a stand next to her. 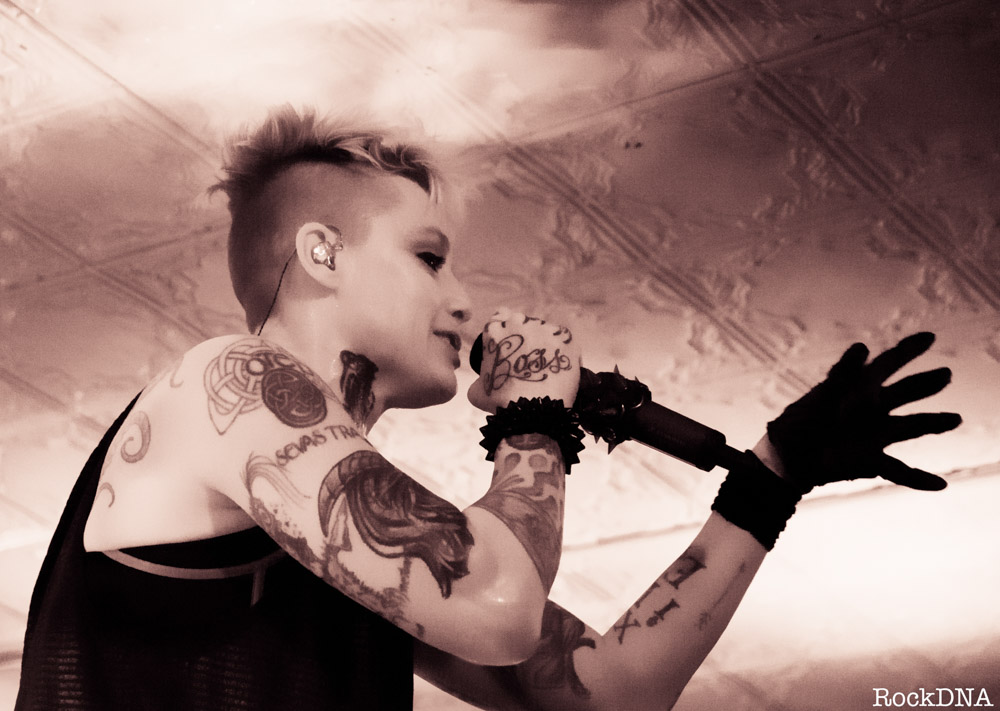 Otep performed “Equal Rights, Equal Lefts“, spreading her message of love and equality for all. She waved a rainbow flag in the middle of the song and had everyone in the room engaged and jumping along to the heart pounding beat. You could really feel her passion come through in this performance. 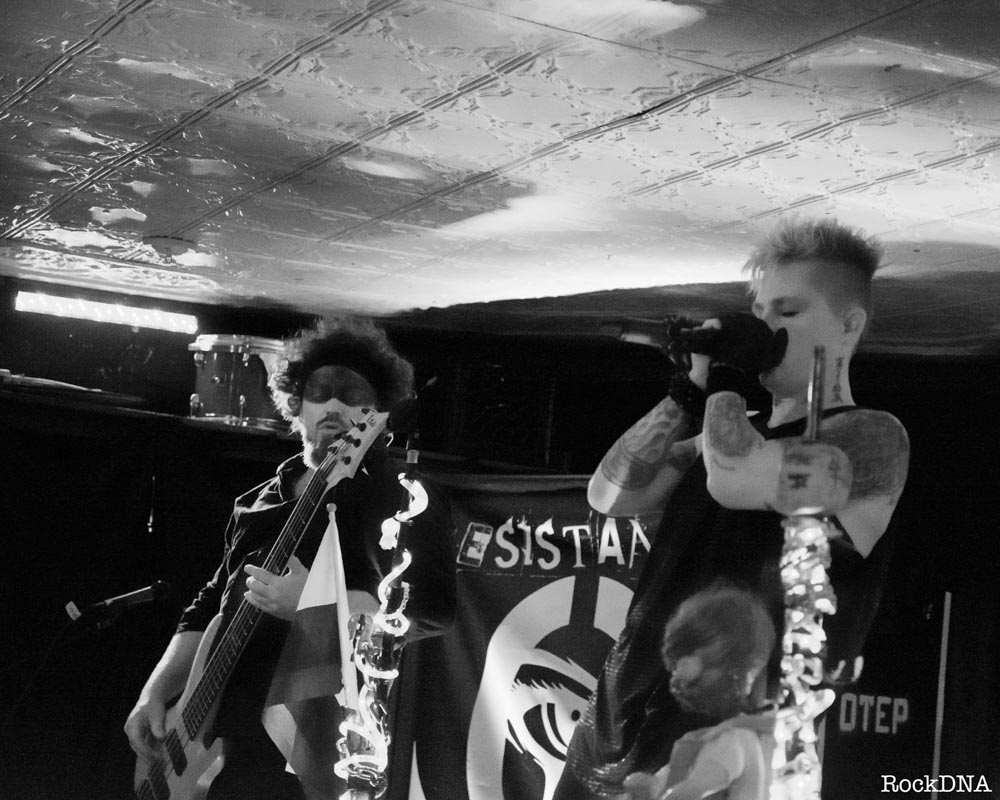 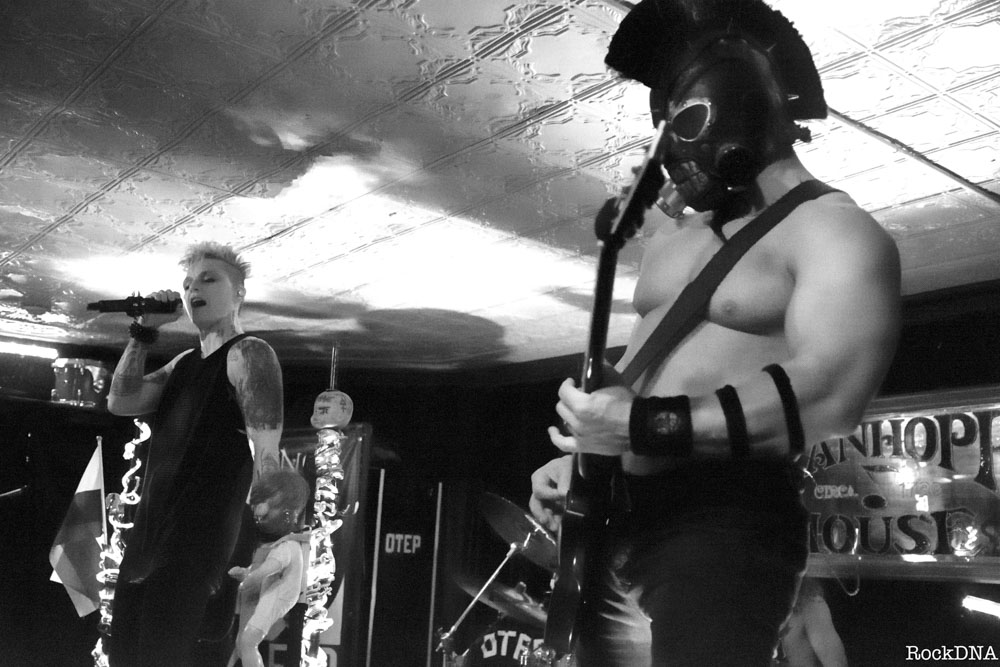 Otep is openly lesbian and just recently released a controversial video for “Equal Rights, Equal Lefts“. The video was quite graphic being both sexually provocative and showing the violence that the LGBT community is subject to. The first time I watched the video, YouTube had a warning pop-up and I had to verify my age to watch. Upon writing this article I wanted to re-watch the video, only to find that YouTube removed it. Talk about censorship. 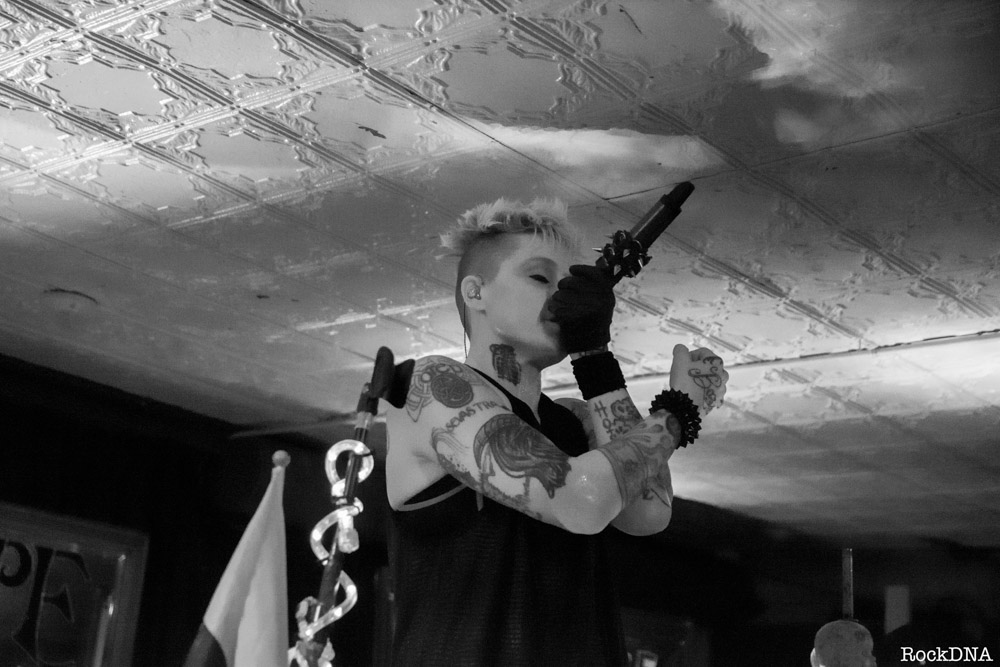 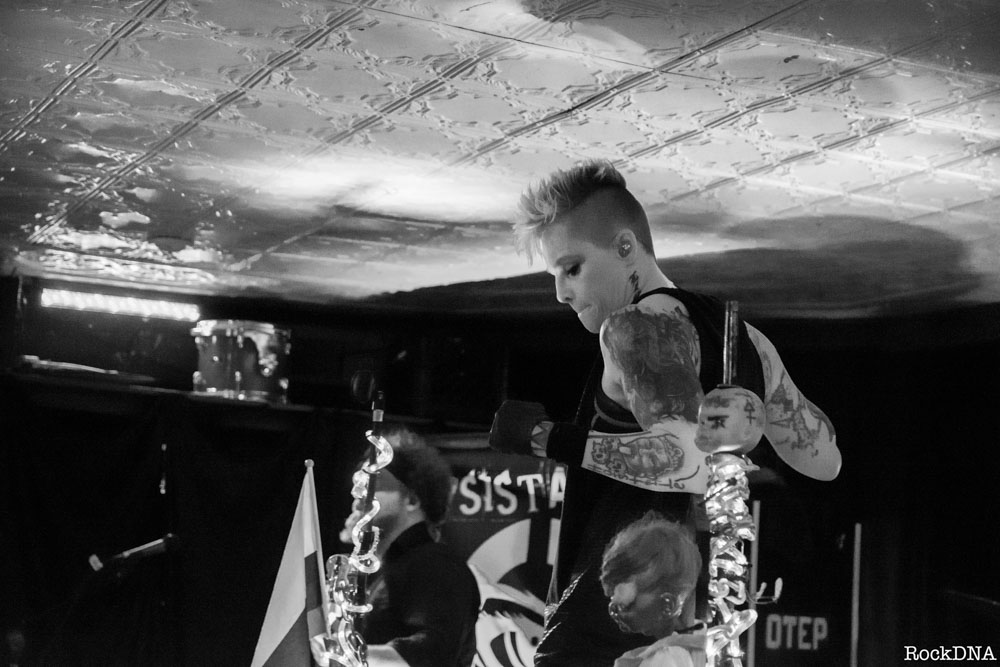 All in all it was an amazing evening, lead by a great performer spreading her message of resistance, love and equality for all. The crowd left hot, sweaty and emotionally drained after leaving it all out on the floor. 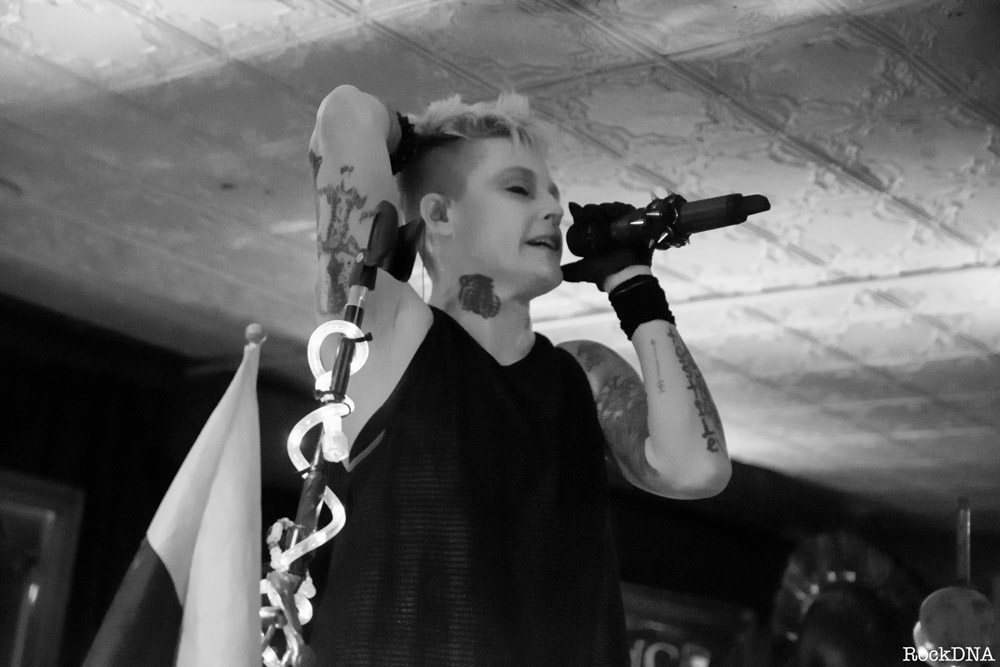 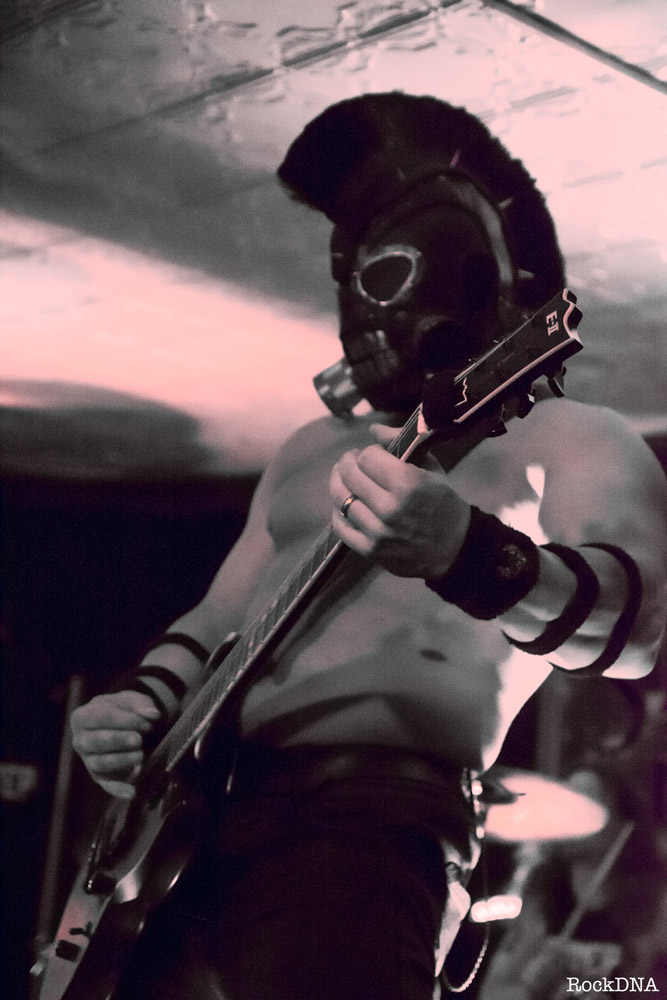 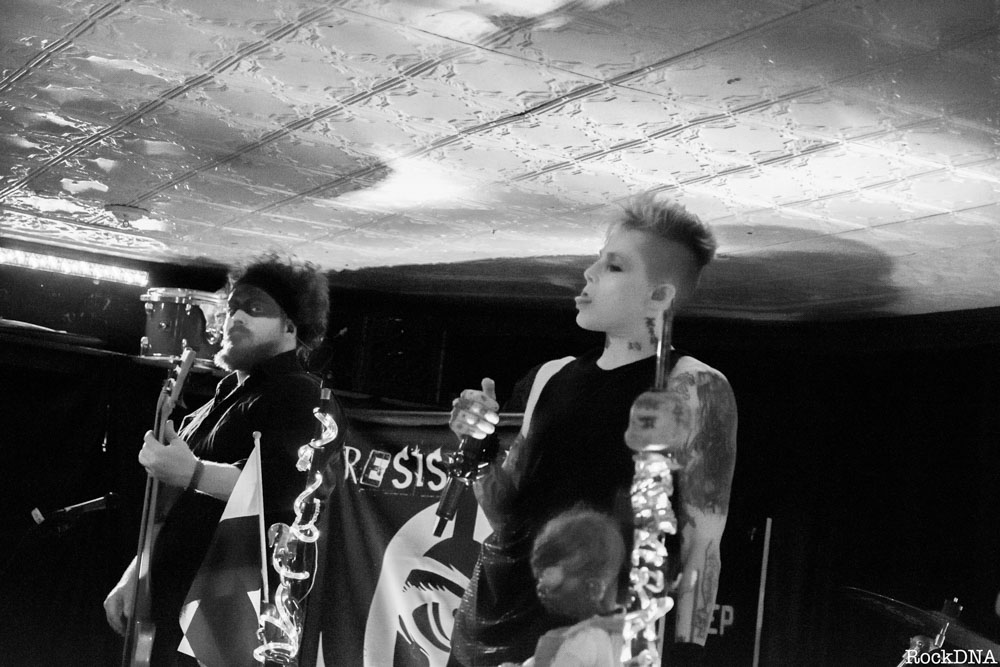 You can catch OTEP on Tour: 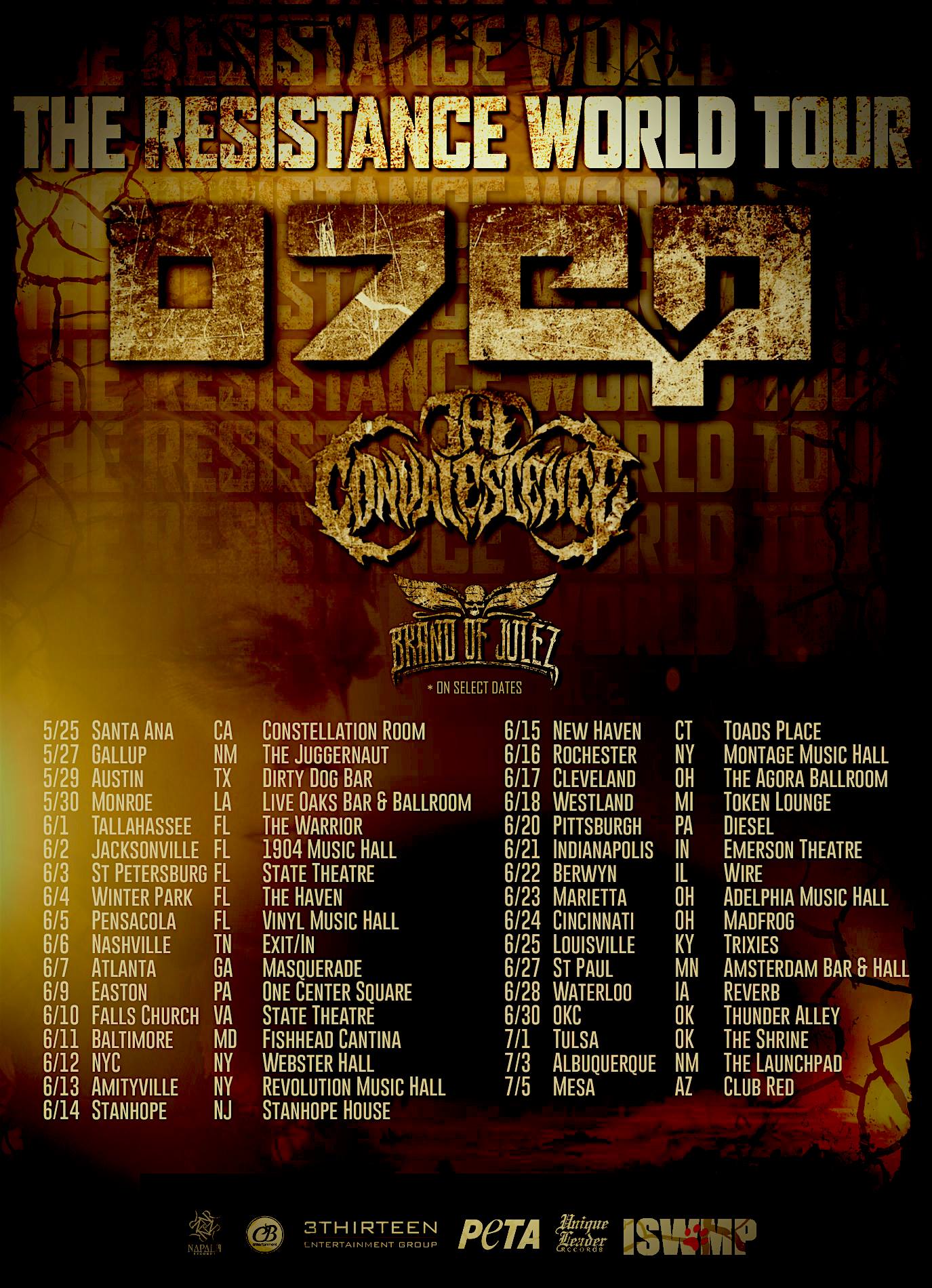