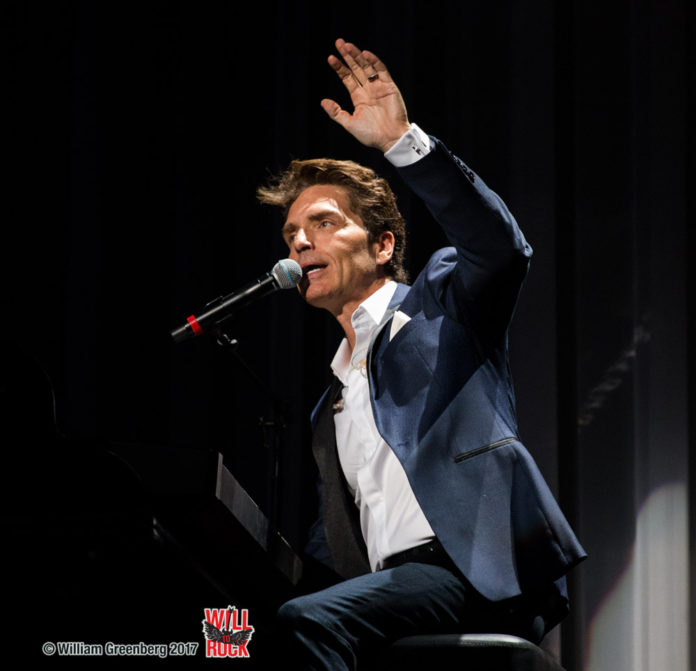 After nearly 4 VERY successful decades in the music industry, you wouldn’t begrudge an artist for taking some time off and resting on their laurels.  After all, over 30 million albums sold and 14 number one hits, the need to get out and pound the pavement is probably not as necessary as it was in the beginning.  Well Richard Marx has stopped pounding the pavement for now and has set up shop in Las Vegas for the next few weeks.  His current residency in the Donnie and Marie Showroom at the Flamingo, is a great way to bring all of Richard’s hits to his fans in a very intimate setting. 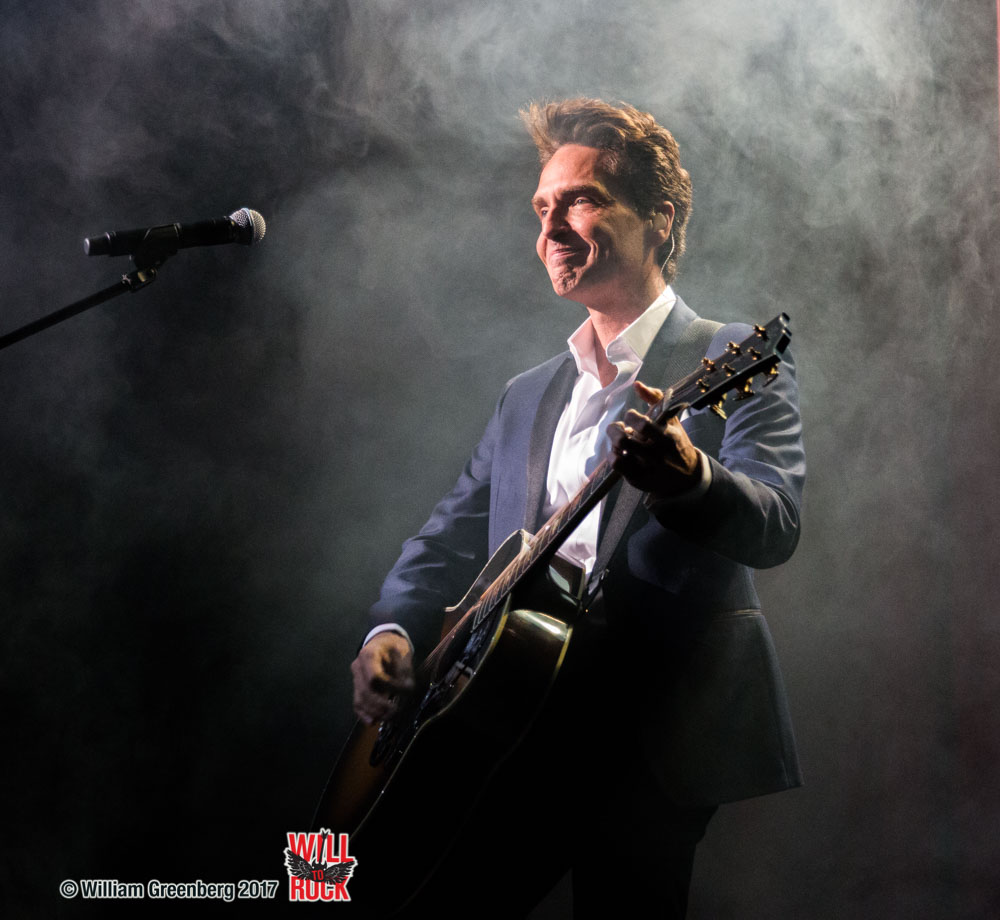 The show is billed as “All the Hits” and that’s just what we were given as we took a trip down memory lane through stories and images.  A lone microphone at the front of the stage signaled an evening of acoustic greatness was about to begin. 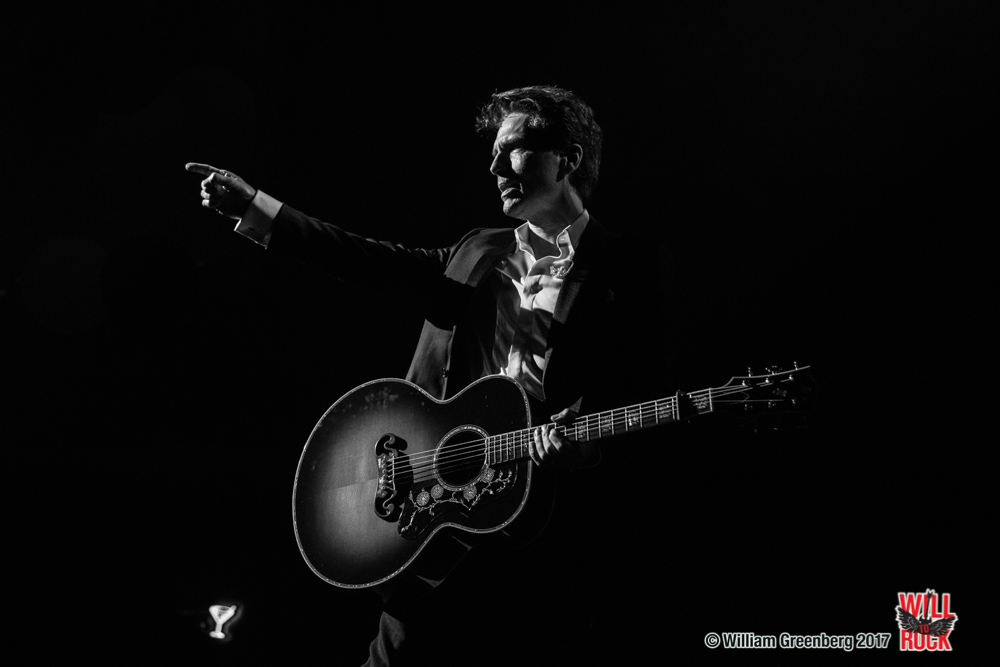 After a brief video that took the audience through a trip through Richard’s musical career, out stepped the man everyone had come to see.  Dressed in a very slick, blue suit and holding an acoustic guitar, Marx wasted no time and started right in with “Endless Summer Nights”.  Pausing briefly to toast the crowd with a martini, Richard pondered which song might be the favorite of his career. He settled on the one “that introduced us to each other” way back in 1987; “Don’t Mean Nothing”.  And the Hits just kept on coming…”Satisfied”, “Keep Coming Back”, “Hazard”… All the while the self-effacing Marx found plenty of opportunities to mock his fashion sense and the days of mullets-gone-by… 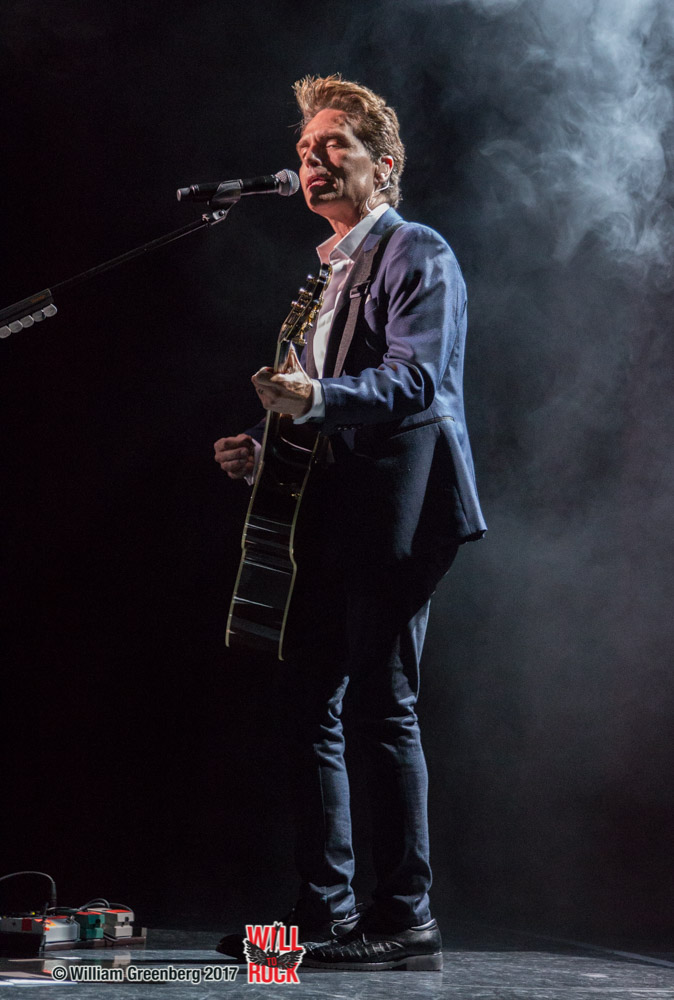 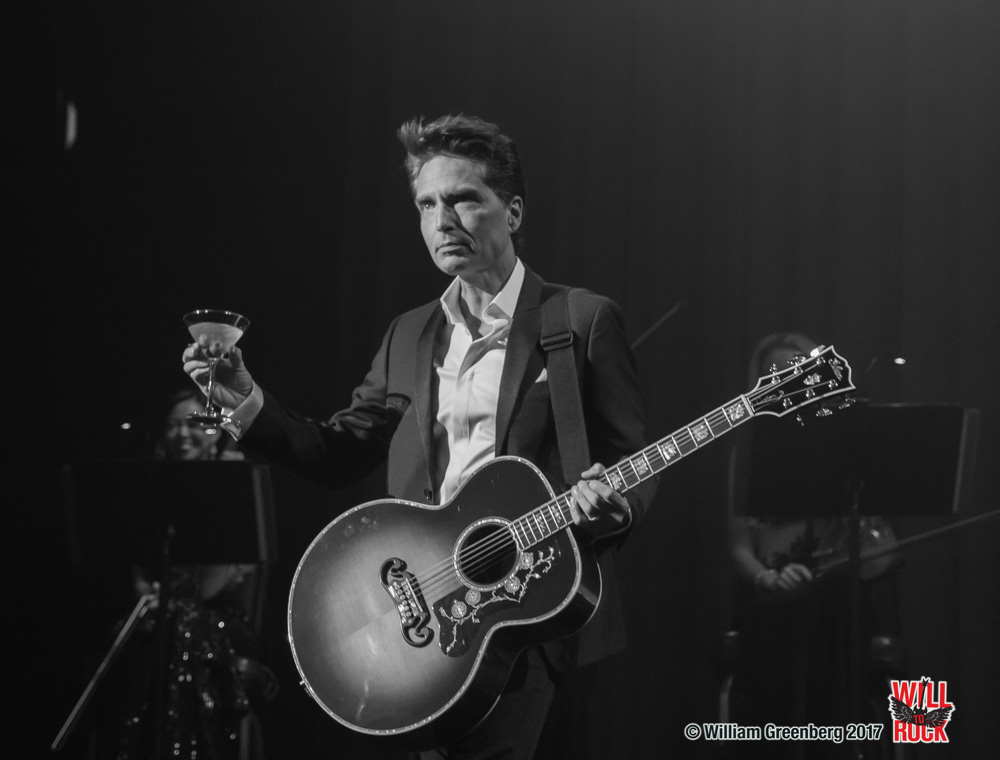 The only accompaniment (for a good portion of the show) was a string section comprised of four young, local ladies, Jennifer Lynn, Monique Olivas, Crystal Yuan and Sarah Chaffee, who made up the “SymphoLynn Quartet”.  Their addition was a great compliment to many of the hits that Richard has written, sang and produced throughout his illustrious career. 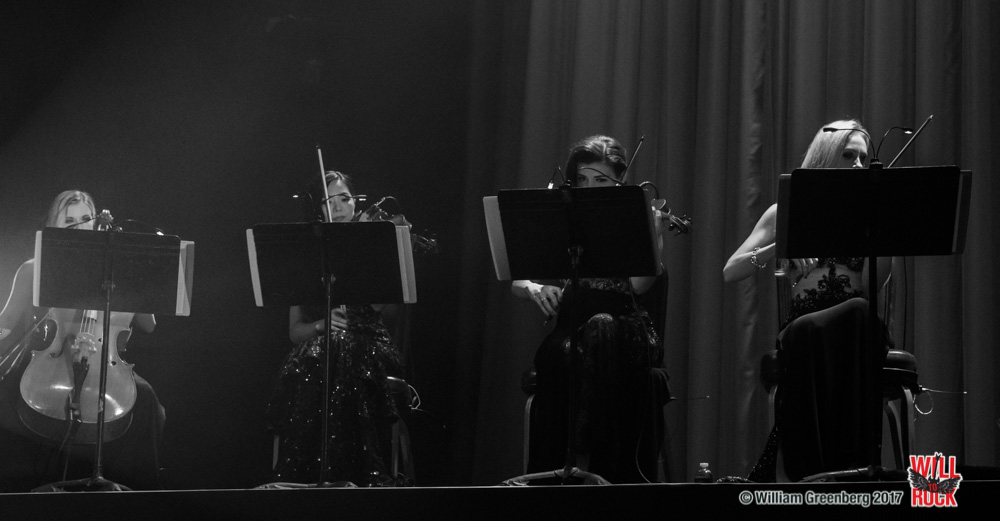 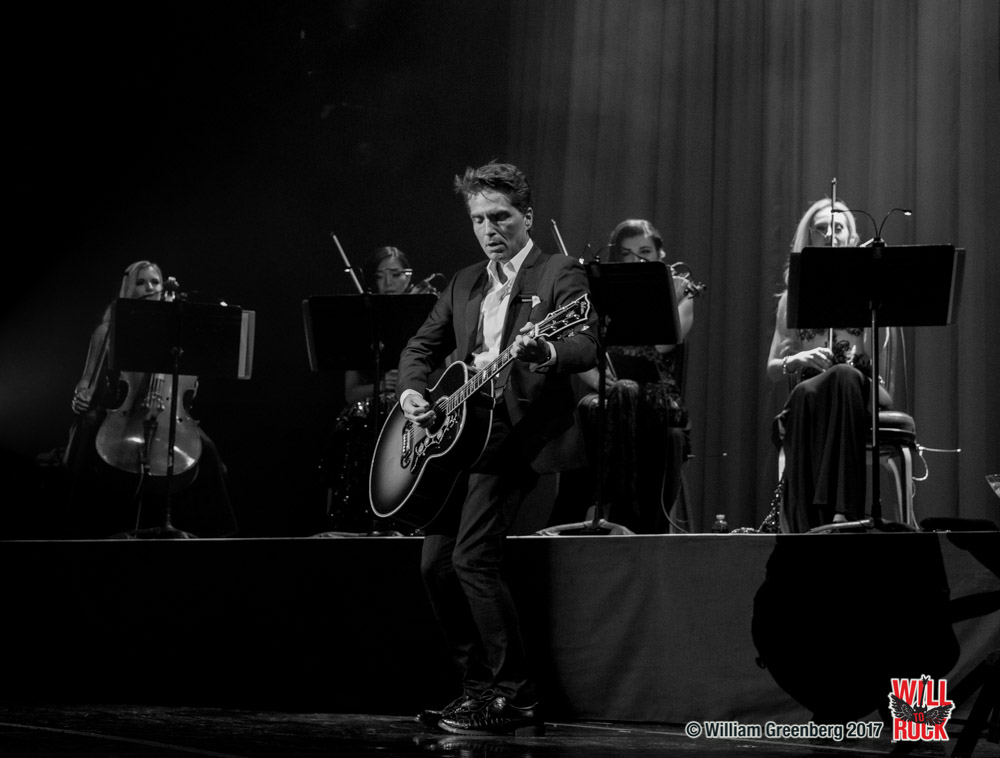 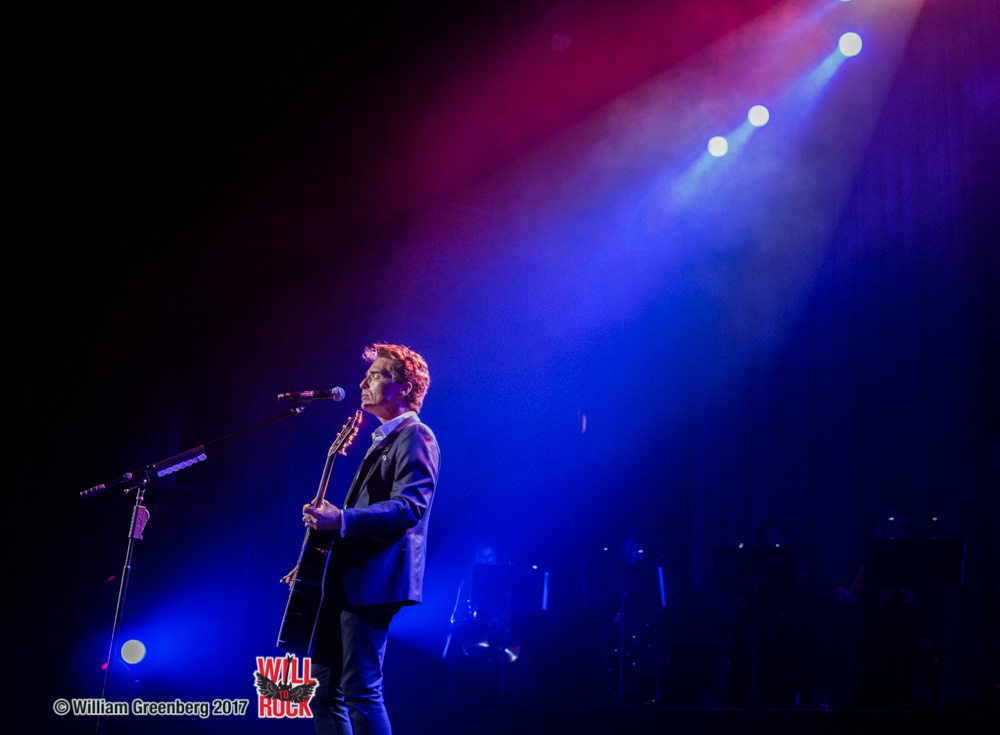 Most people by now should know that Marx’s career was not built on his voice alone, as he has written and produced a bevy of HUGE hits for other artists.  His creative versatility was on display as the middle of his set was made up of a medley of songs that he had a part in creating for such acts as NSYNC (“This I Promise You”), Kenny Rogers (“Crazy”), Keith Urban (“Someday Baby” & “Long Hot Summer”) and even the hit “Edge Of A Broken Heart” recorded by the all-female rock band, Vixen!  The most famous of his collaborations though was the song he co-wrote with his friend, Luther Vandross, “Dance With My Father” which earned the singer his first Grammy win for “Song of the Year” in 2004. 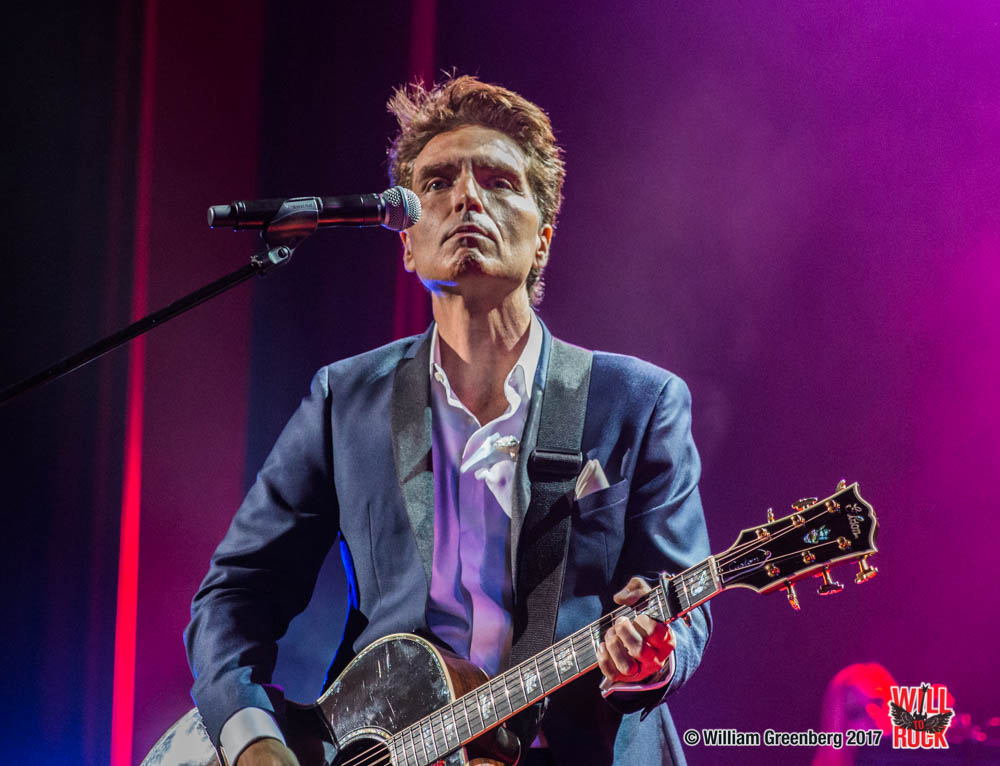 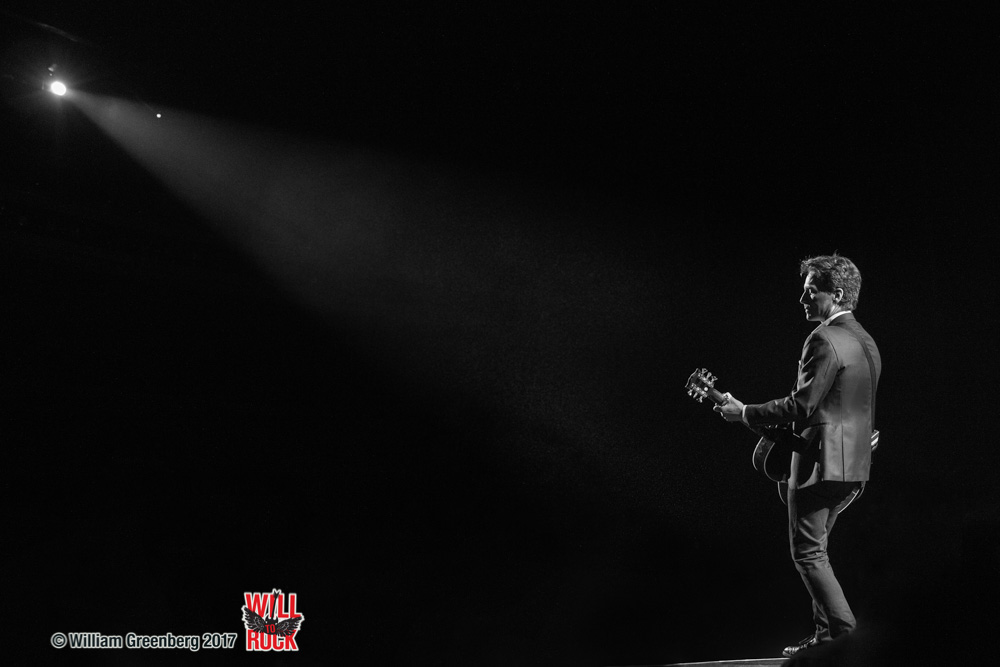 Richard’s warmth shined through in this small venue which was highlighted by a proud moment where he “performs with his 3 sons” along to a video that they recorded of his latest hit “When You Loved Me”. Richard then took to the Piano for “Hold On To The Nights” and closed out the main set with “Don’t Mean Nothing”. 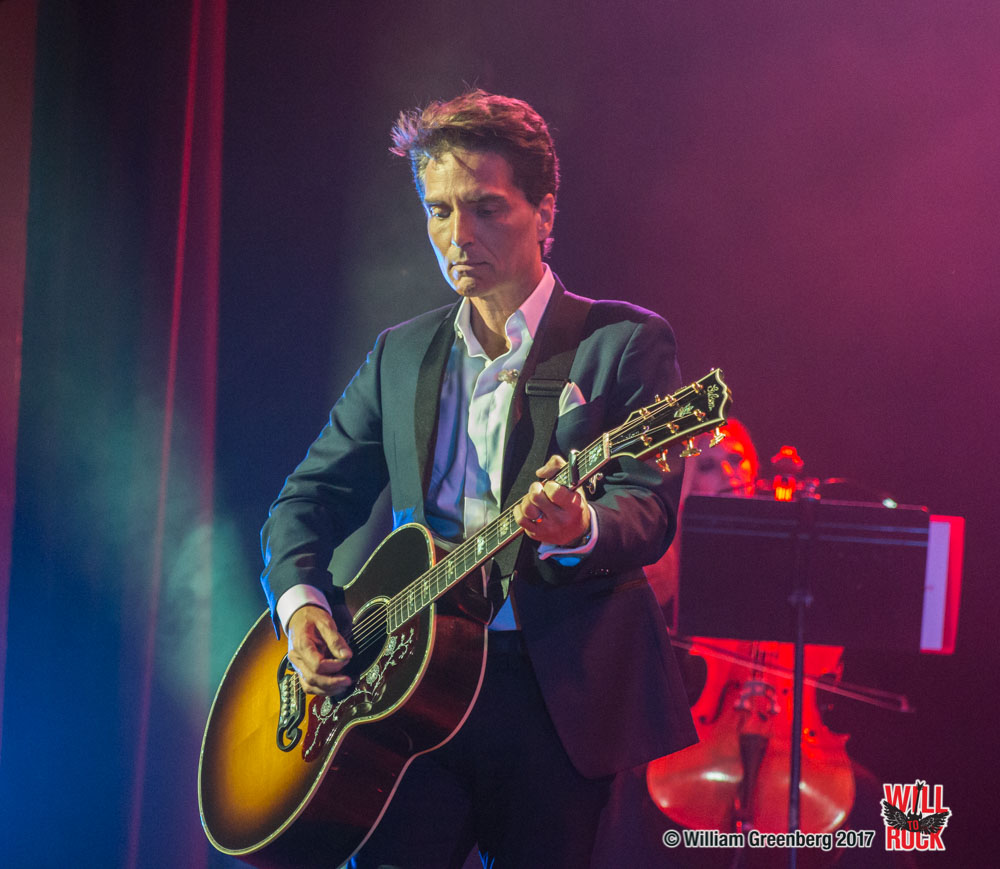 The encore began with a truly acoustic moment as Marx took to the very front of the stage, sans microphone, to sing “Angelia” to and with the crowd.  The evening was capped off as Marx returned to the piano to finish off the evening with his monster hit “Right Here Waiting”. 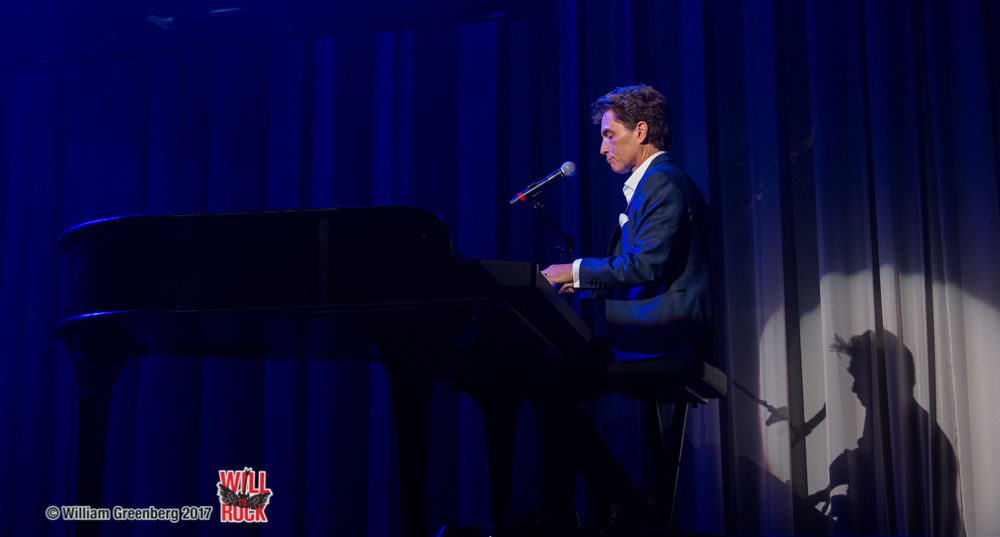 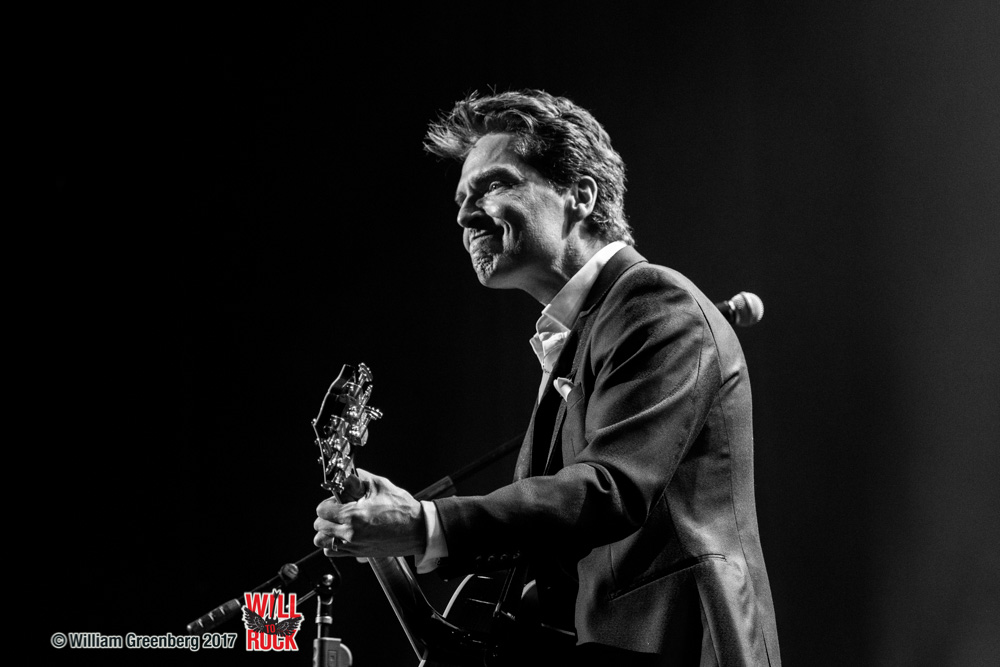 If you’re a Richard Marx fan with the means to get to Vegas (and let’s face it, who can’t think of a million rea$on$ for a trip to Vegas?!) then grab yourself some tickets and enjoy. It’s an amazing opportunity to get up close and personal with a true artist who has been a force in the music industry for close to 40 years. 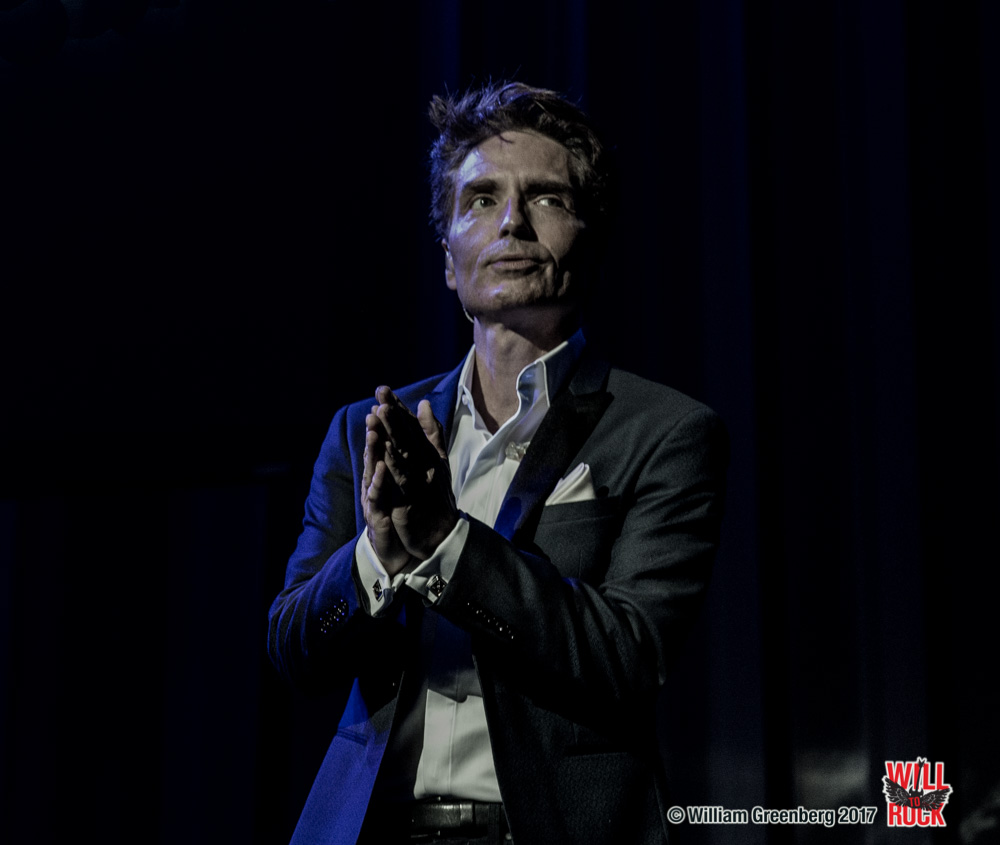