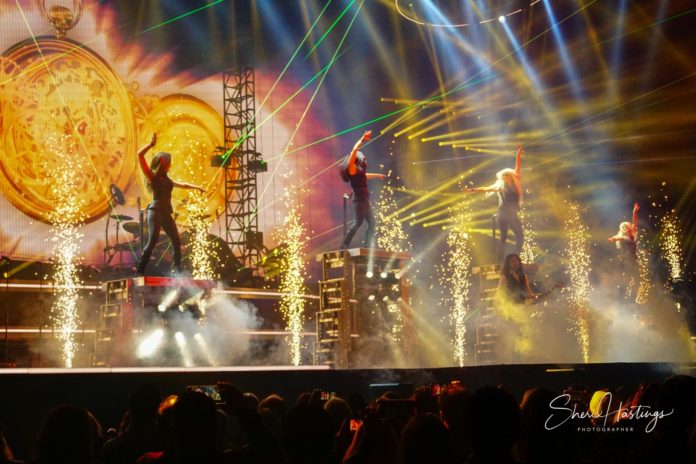 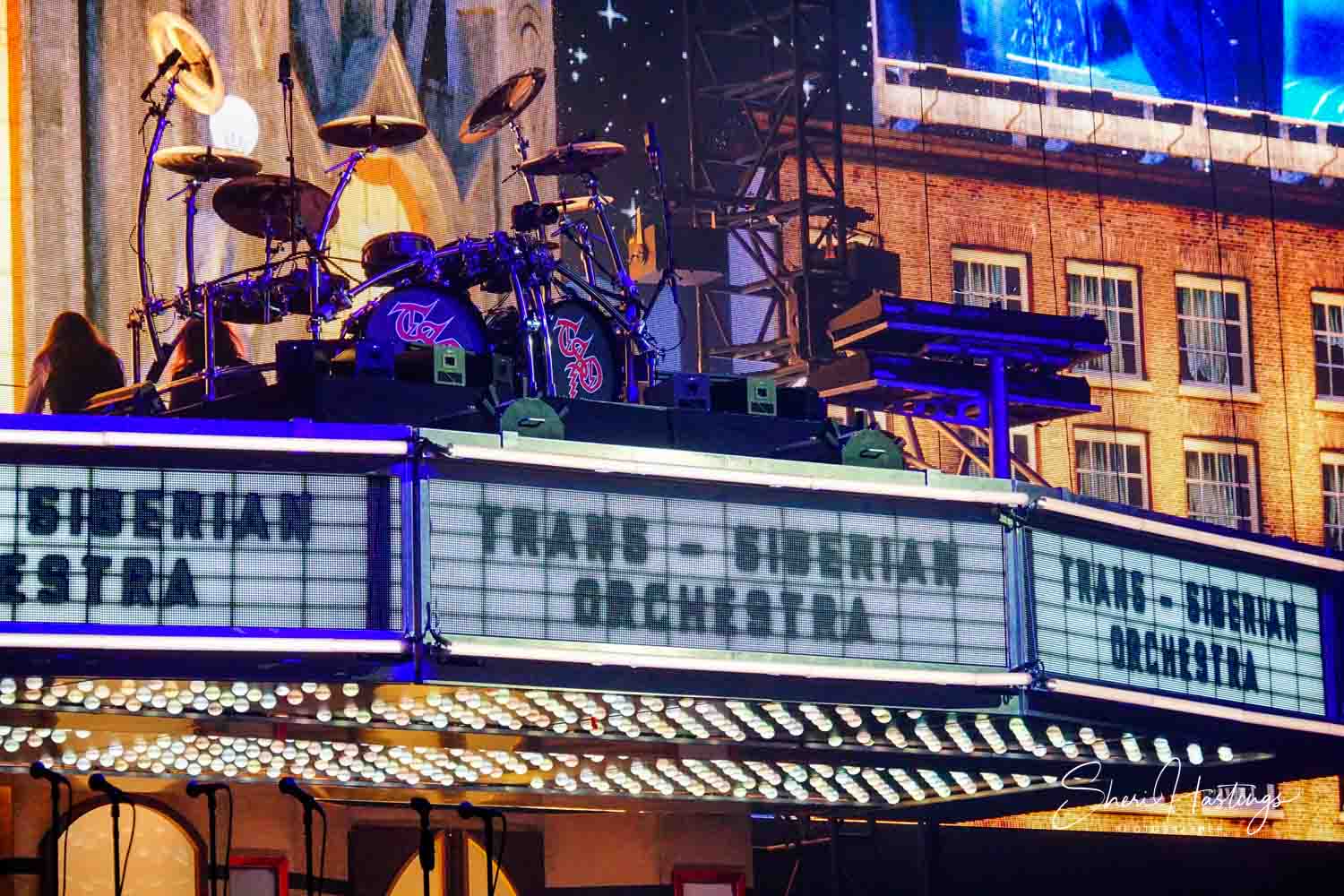 Trans-Siberian Orchestra or “TSO” as they are also known, are celebrating 20 years on the road this year, featuring an all-new production of their 2001 DVD release “The Ghosts of Christmas Eve”, plus many other favorites from their vast CD catalog of Christmas and classical rock-oriented tunes. 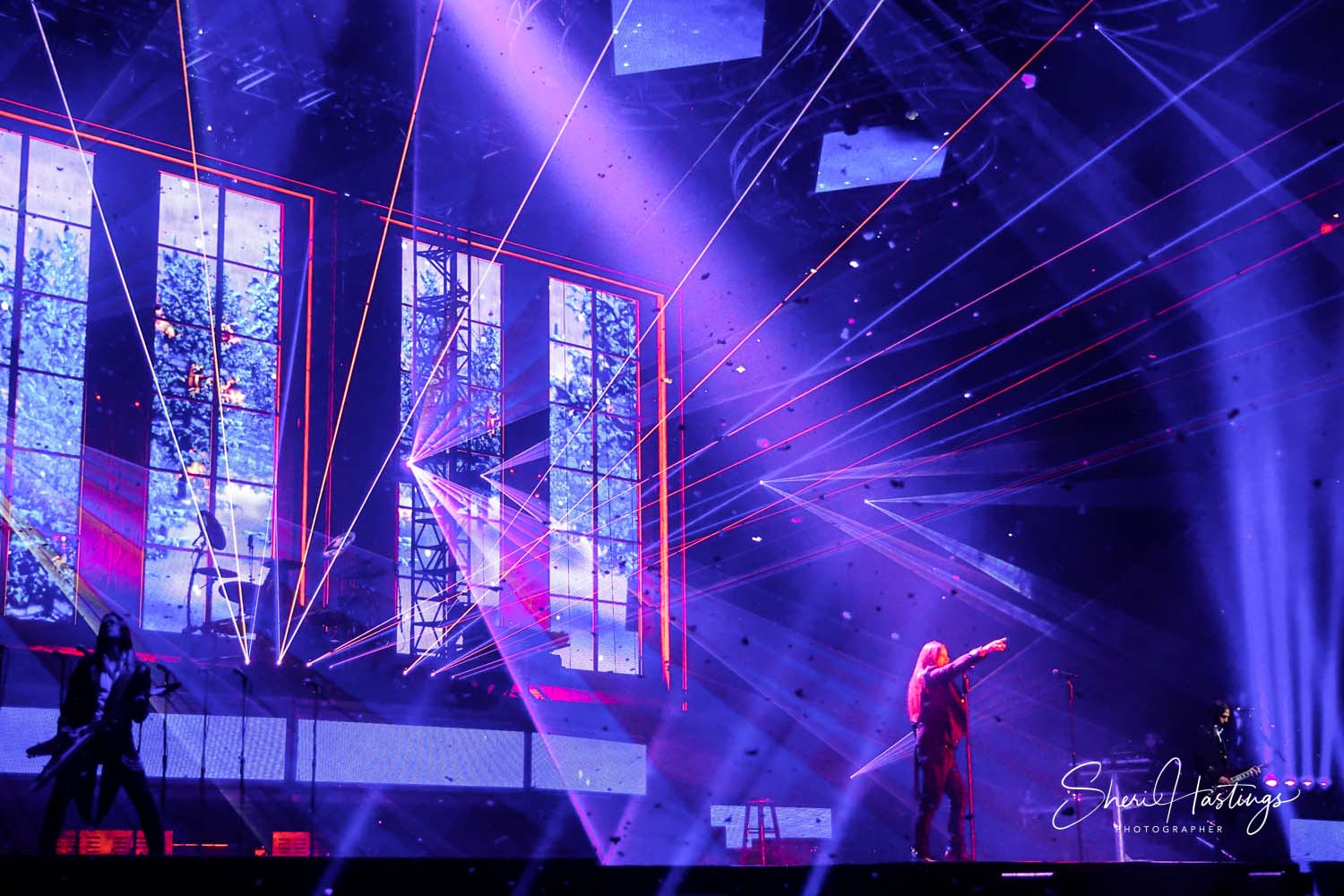 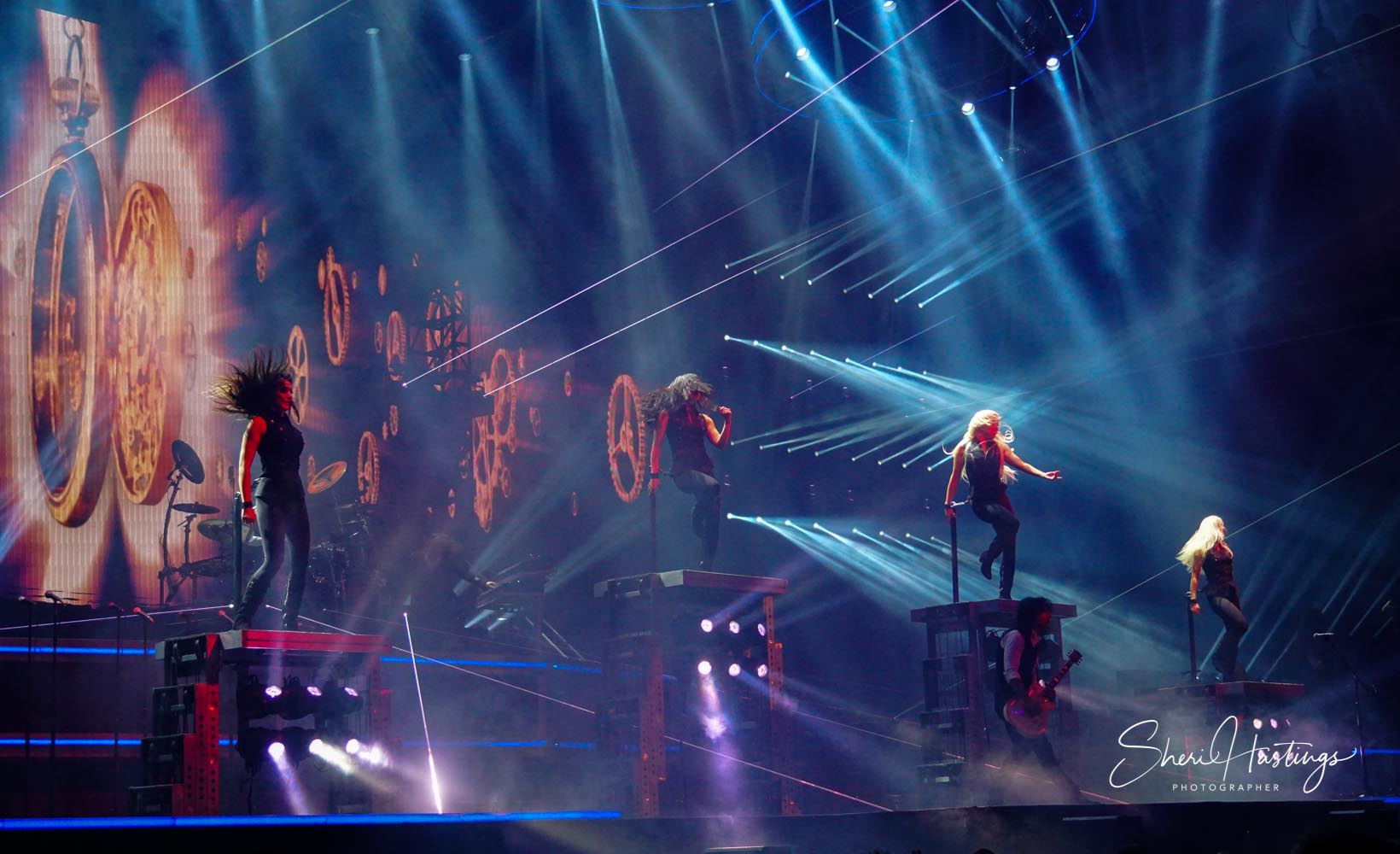 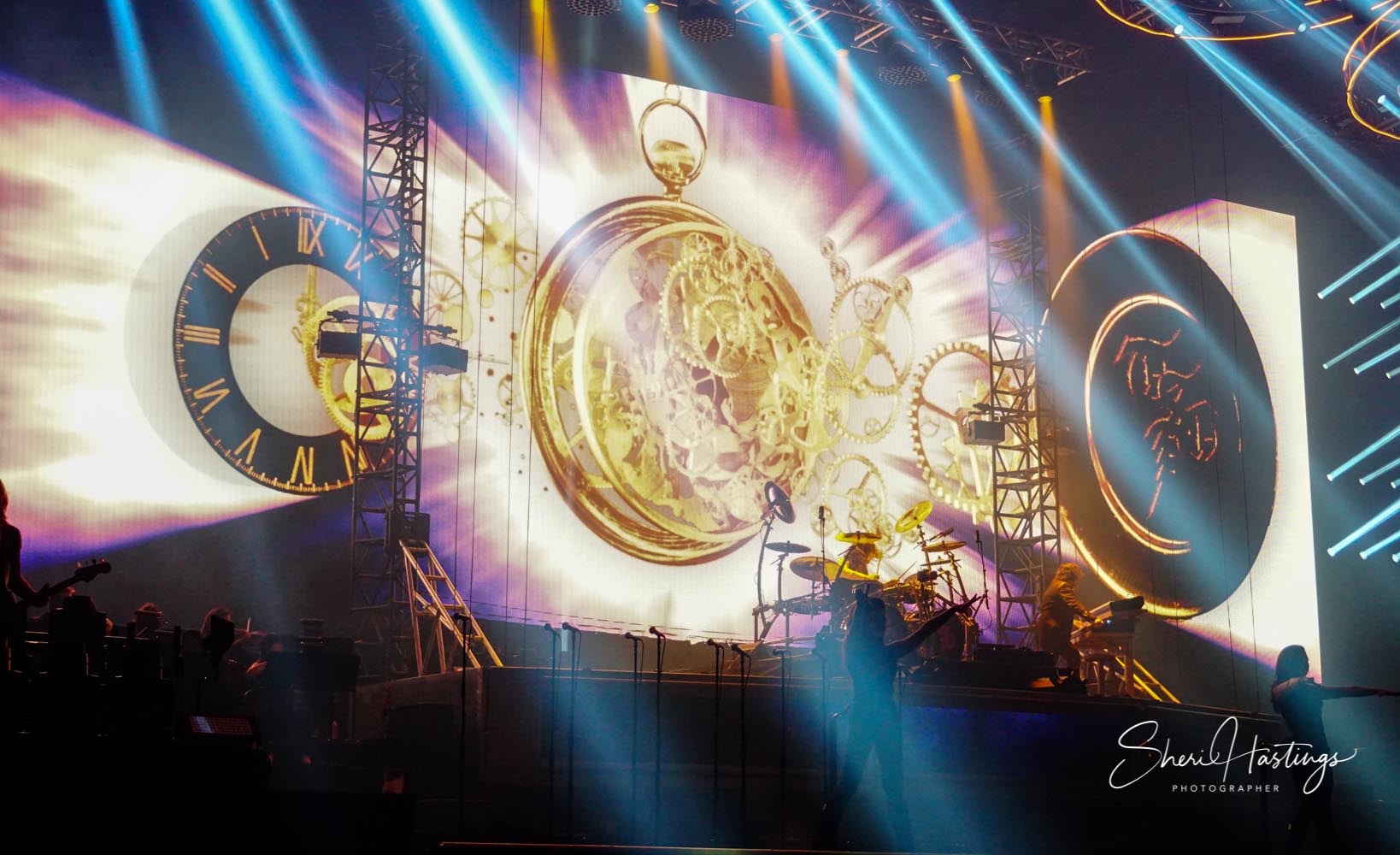 The 2-1/2 hour show opened with “The Ghosts of Christmas Eve” in its entirety which was narrated in between songs by Phillip Brandon, whose voice is so soothing and reminded me of being on the old Monsanto ride at Disneyland or maybe a bit of James Earl Jones.  Written by the late Paul O’Neill, the founder and brain-child of TSO, his vision of progressive rock meets Beethoven, enhanced with lasers, fireballs shooting up from the stage behind and around the band, snowflakes falling on our heads & action-filled video screens comes to life every year in the U.S. during the months of November & December. Unfortunately Paul passed away in 2017 at the age of 60, but the band is carrying on his legacy and pays tribute to him at every show. 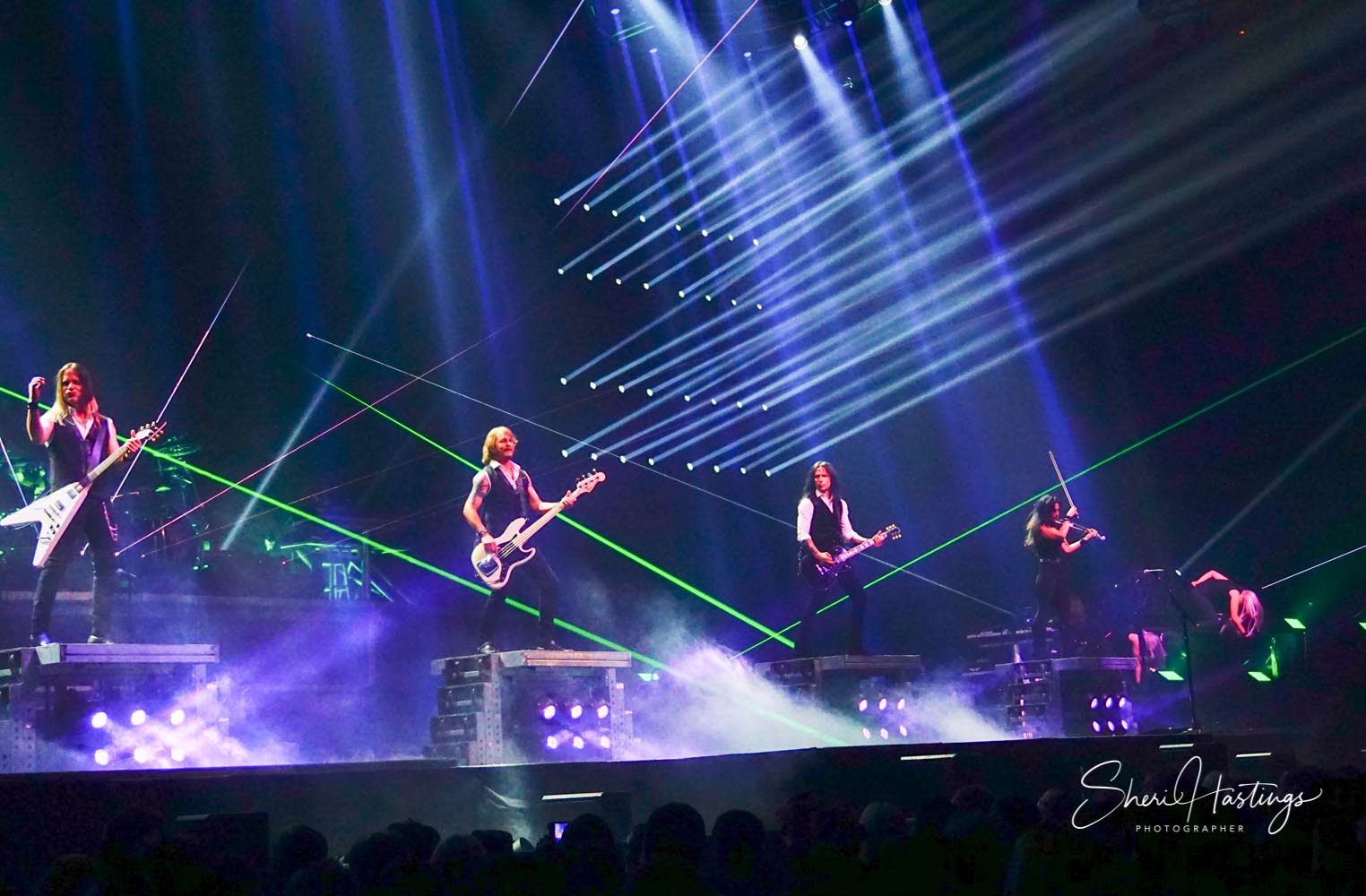 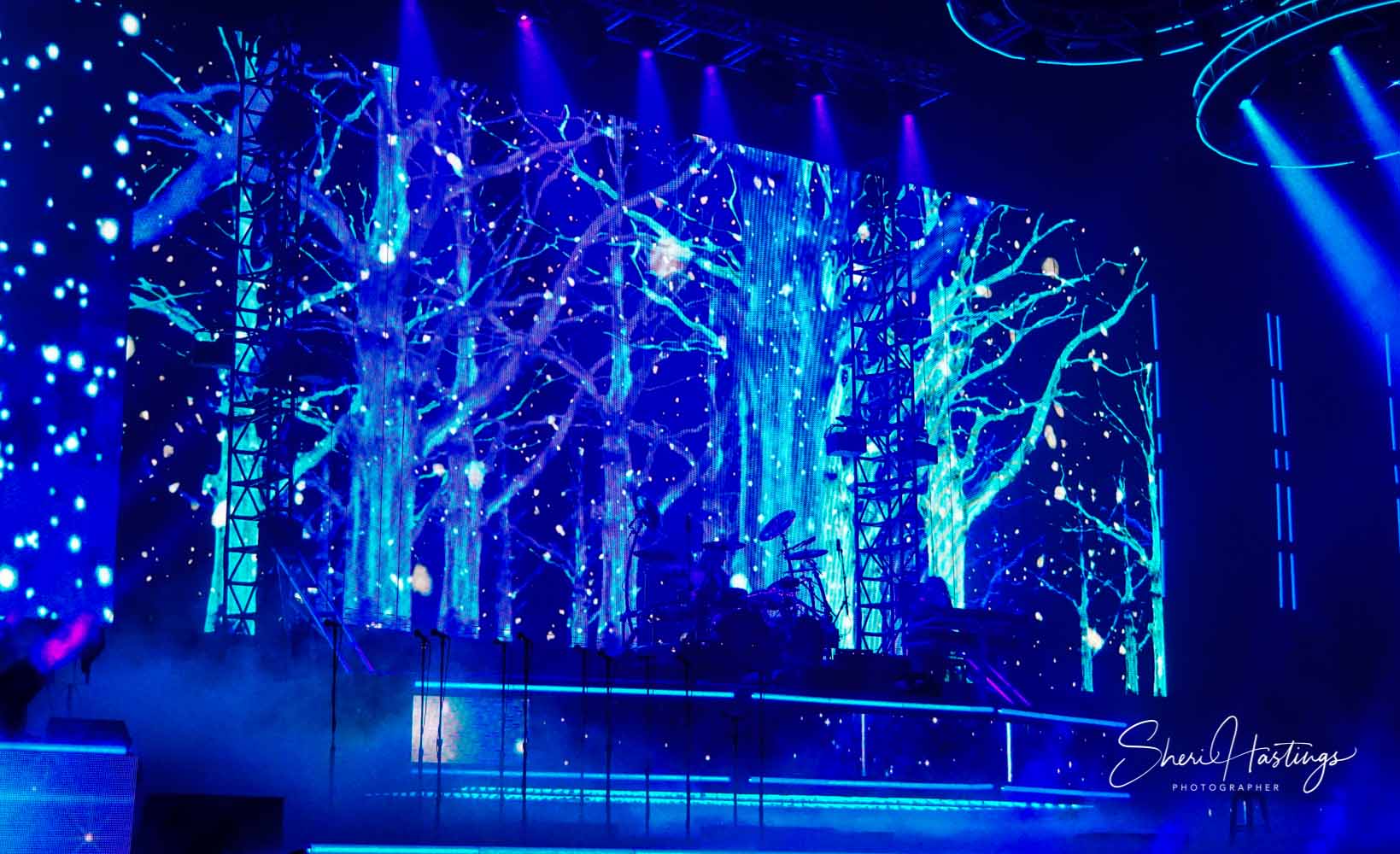 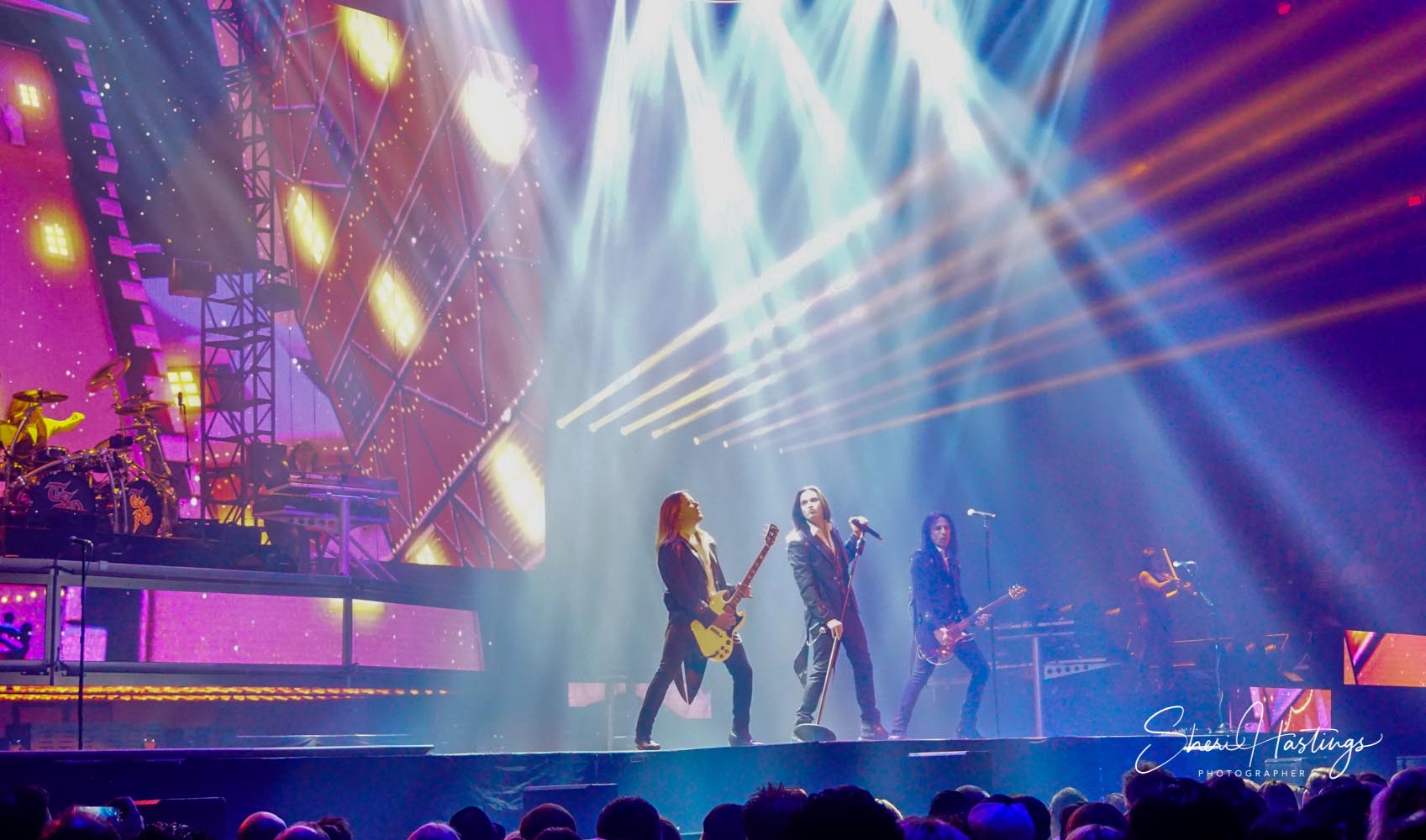 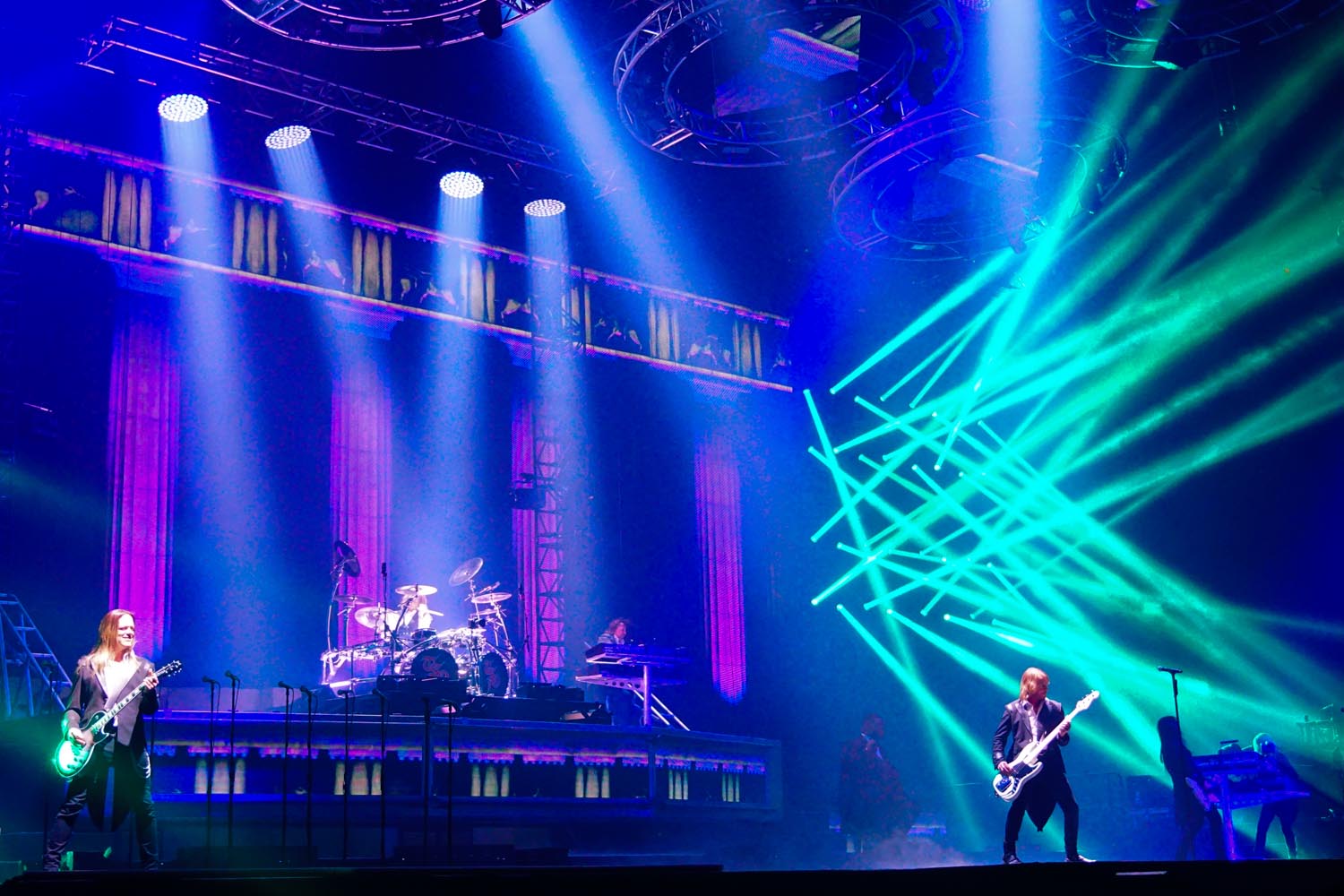 In order to get this show out to as many as possible in 2 months time, TSO is split into 2 groups of touring musicians: “West” and “East”. Like many other, seeing TSO West in California has become an annual tradition.

The show is a virtual feast for the eyes and ears.  There is the main stage and also a smaller stage at the opposite end of the arena where they have scissor lifts that take the guitar, bass & violinists high above the audience, as well as 2 lifts coming up from the stage. The show, however, may be a little too loud for young children, or for those who may have an aversion to bright laser type lights and loud noises.

TSO donates $1 of every ticket sold to charity. 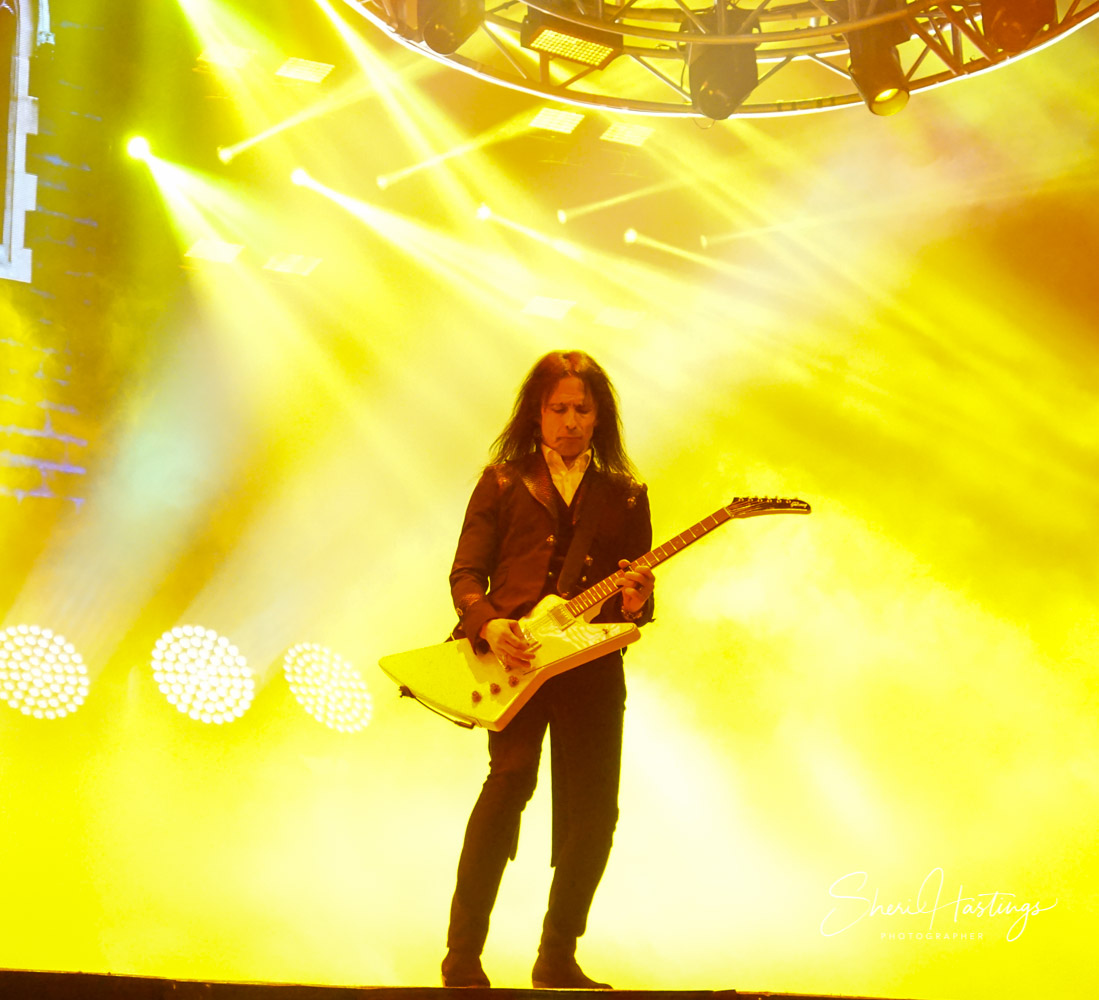 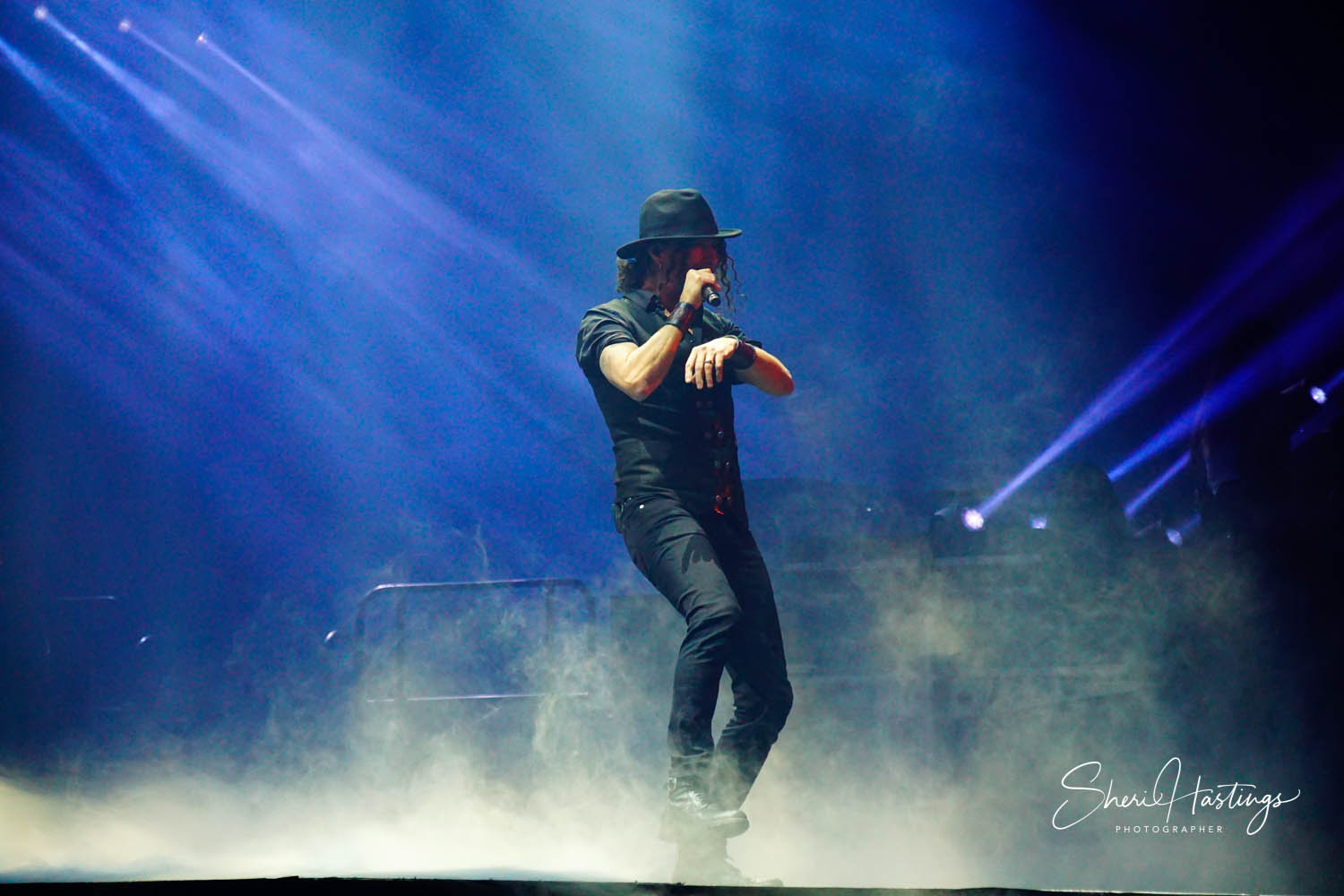 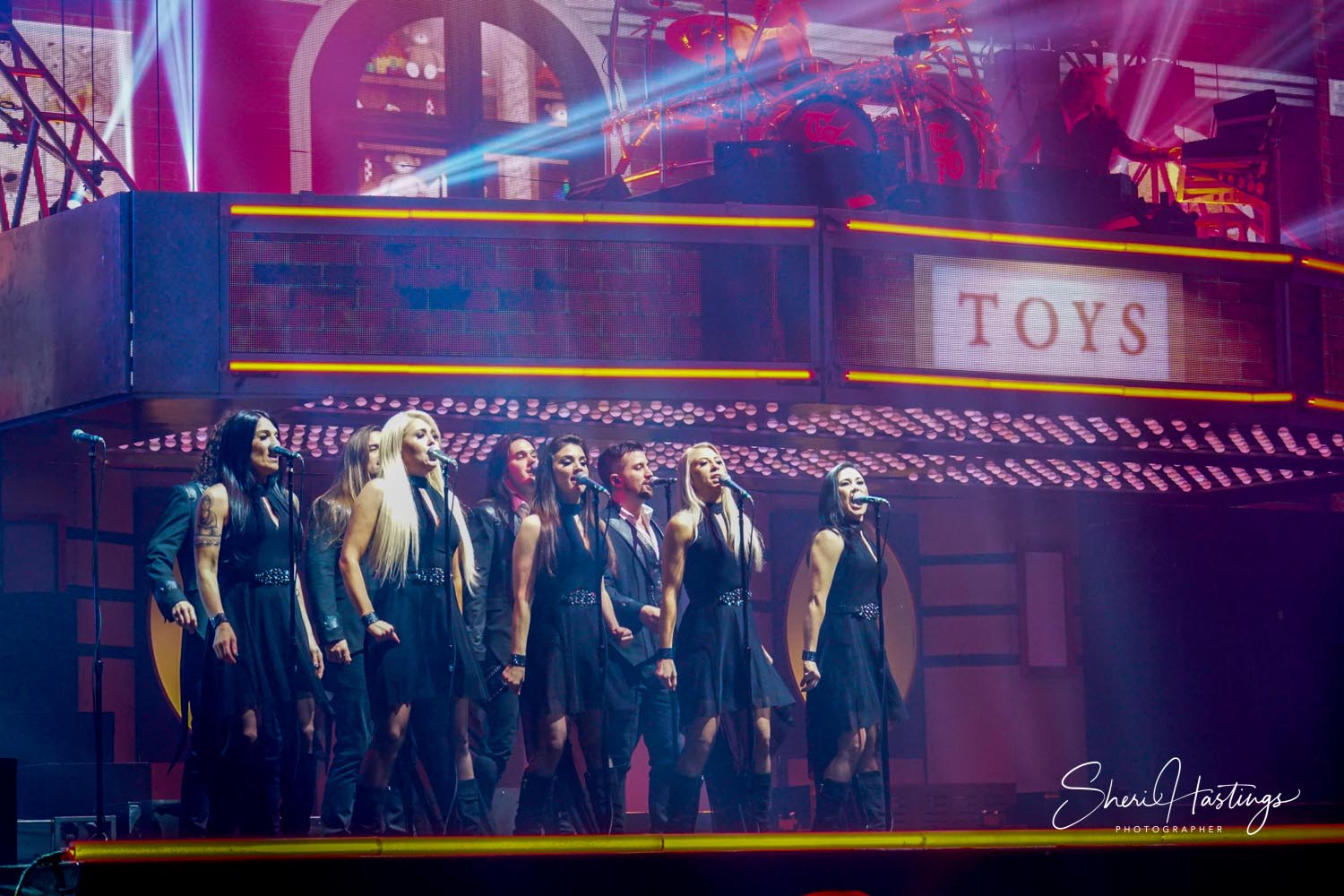 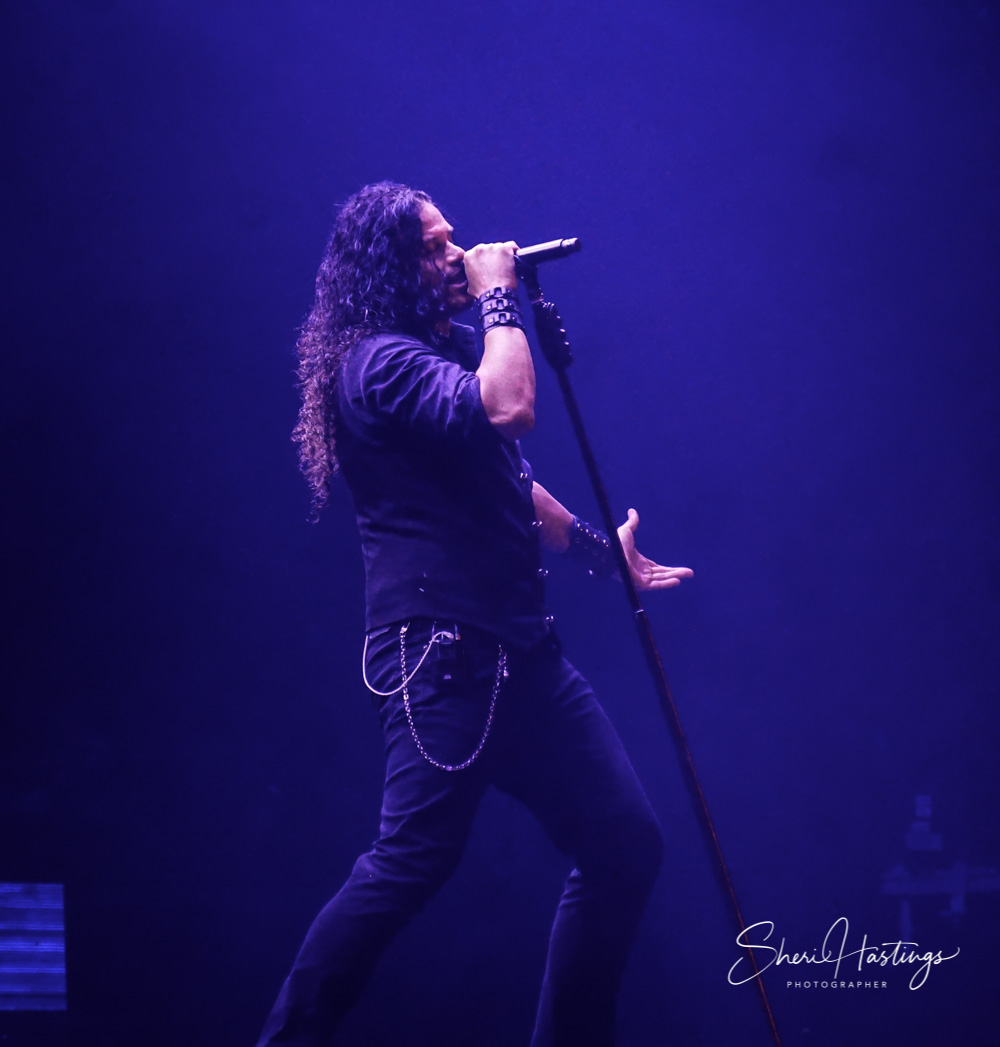 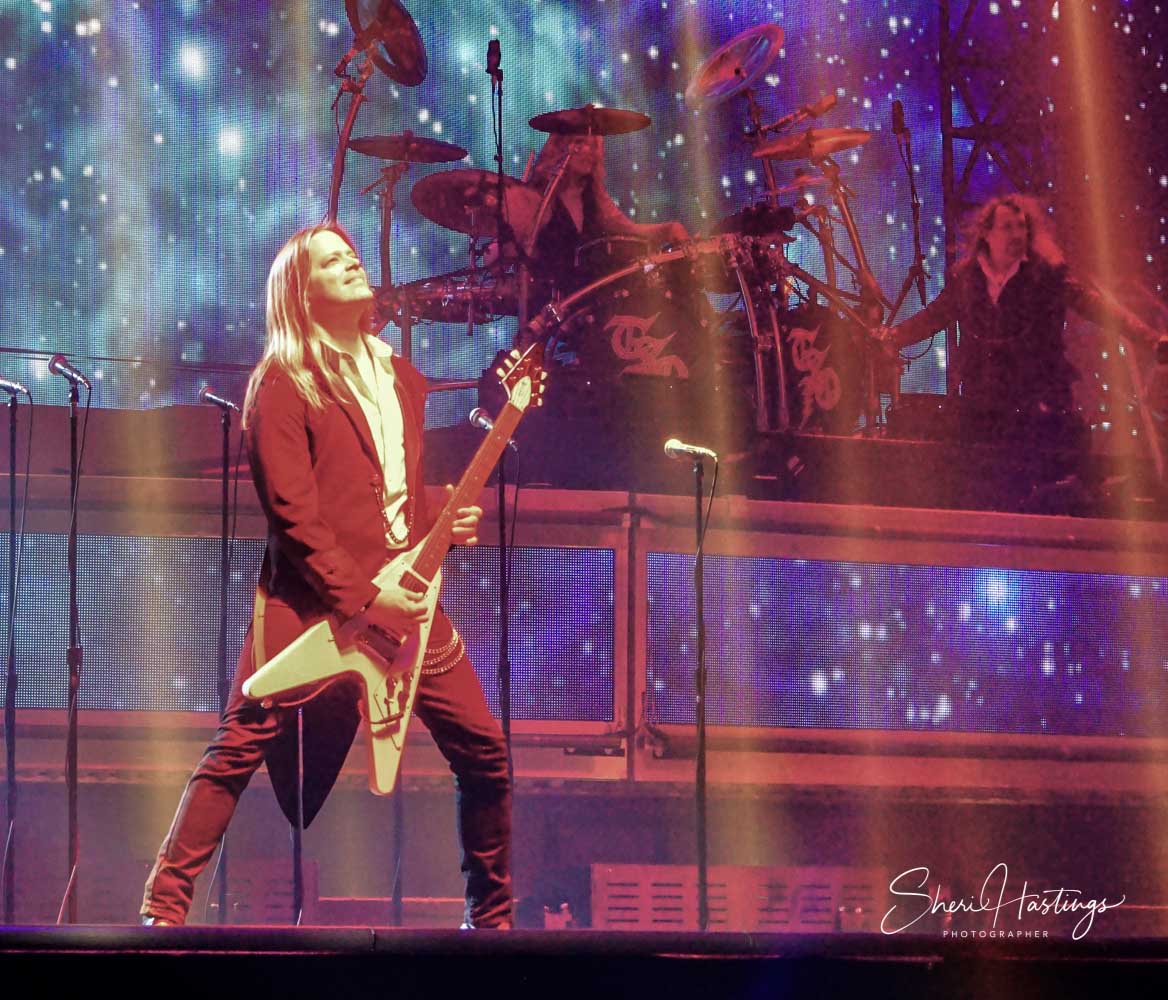 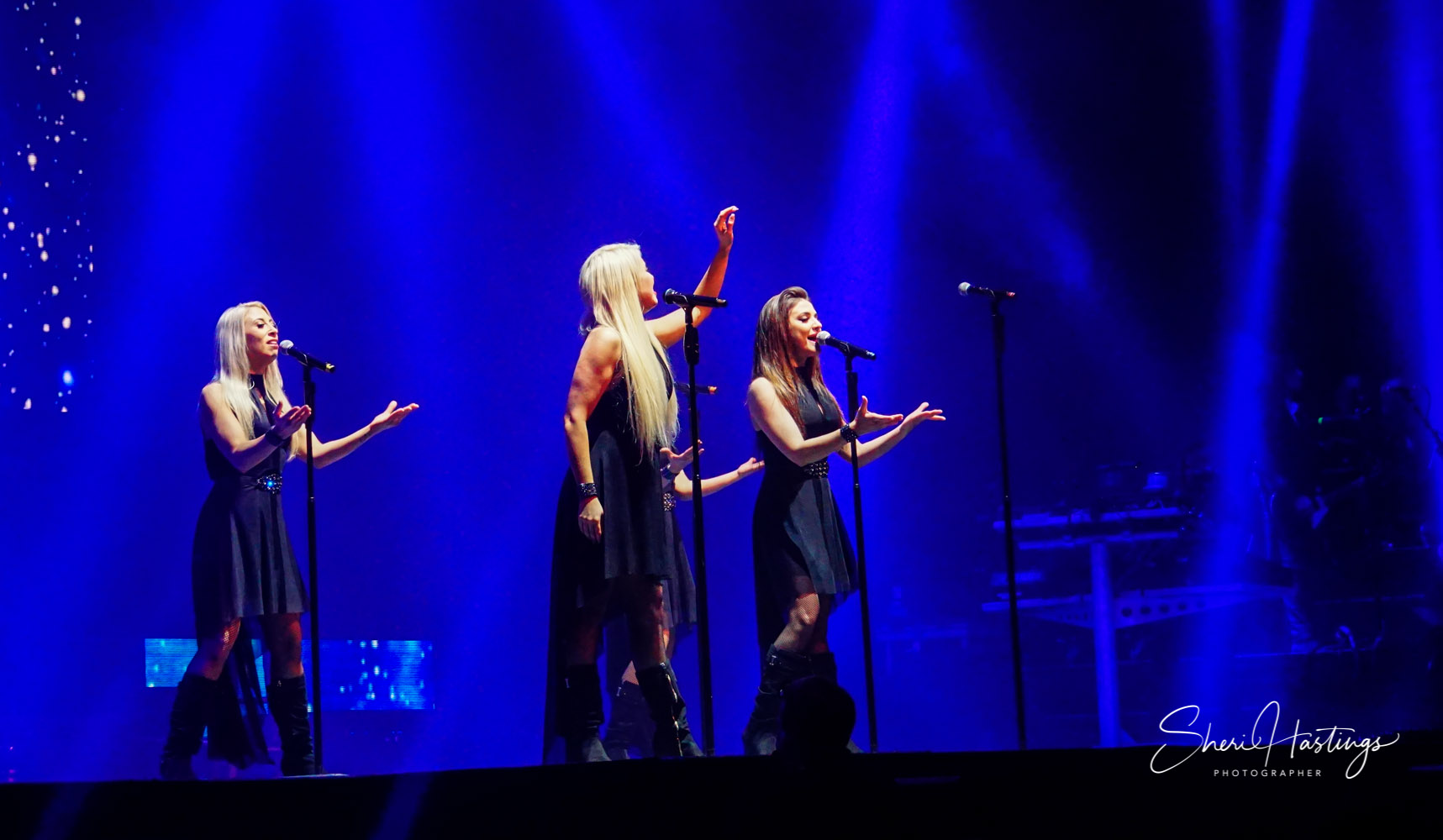 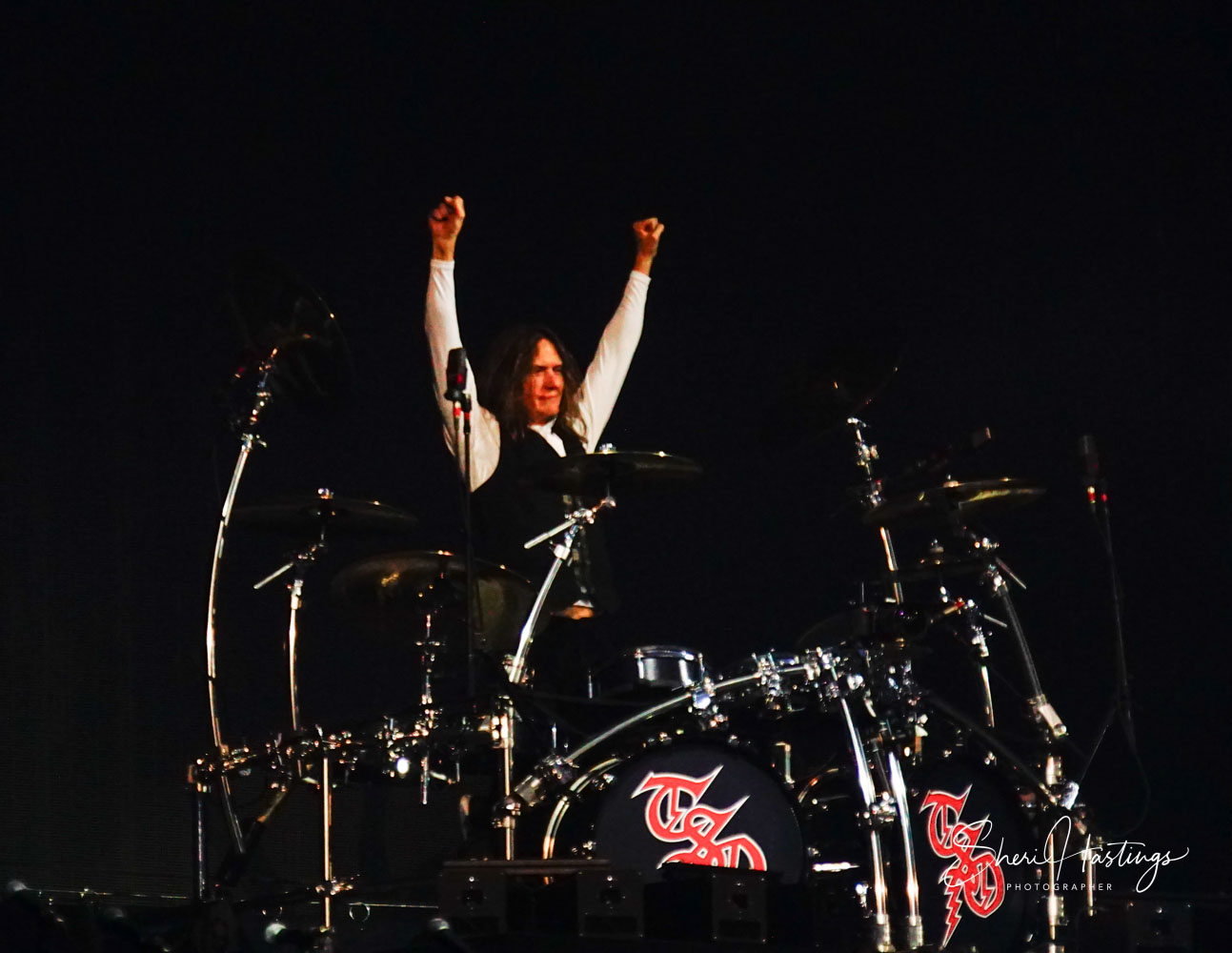 Ghosts of Christmas Past 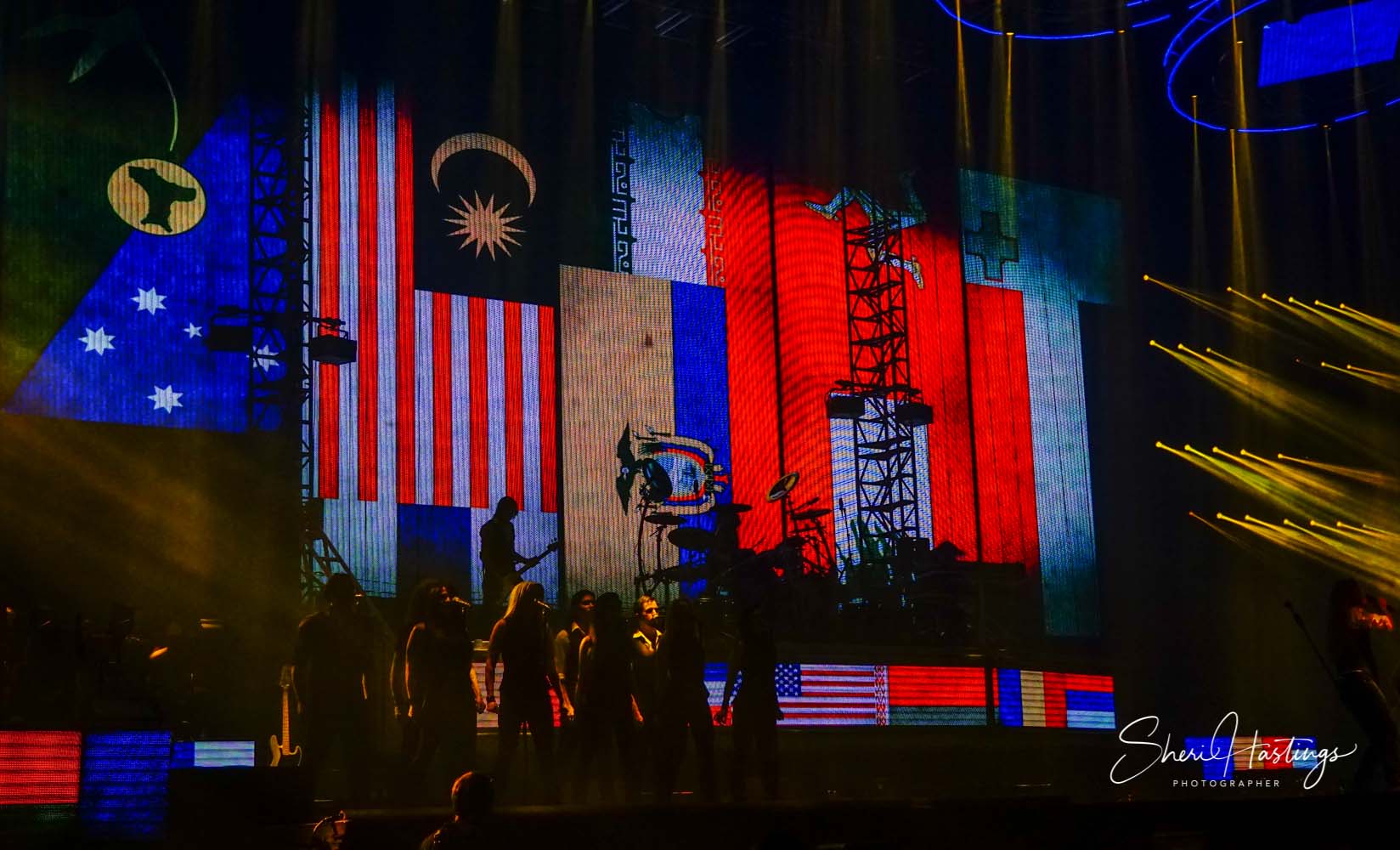 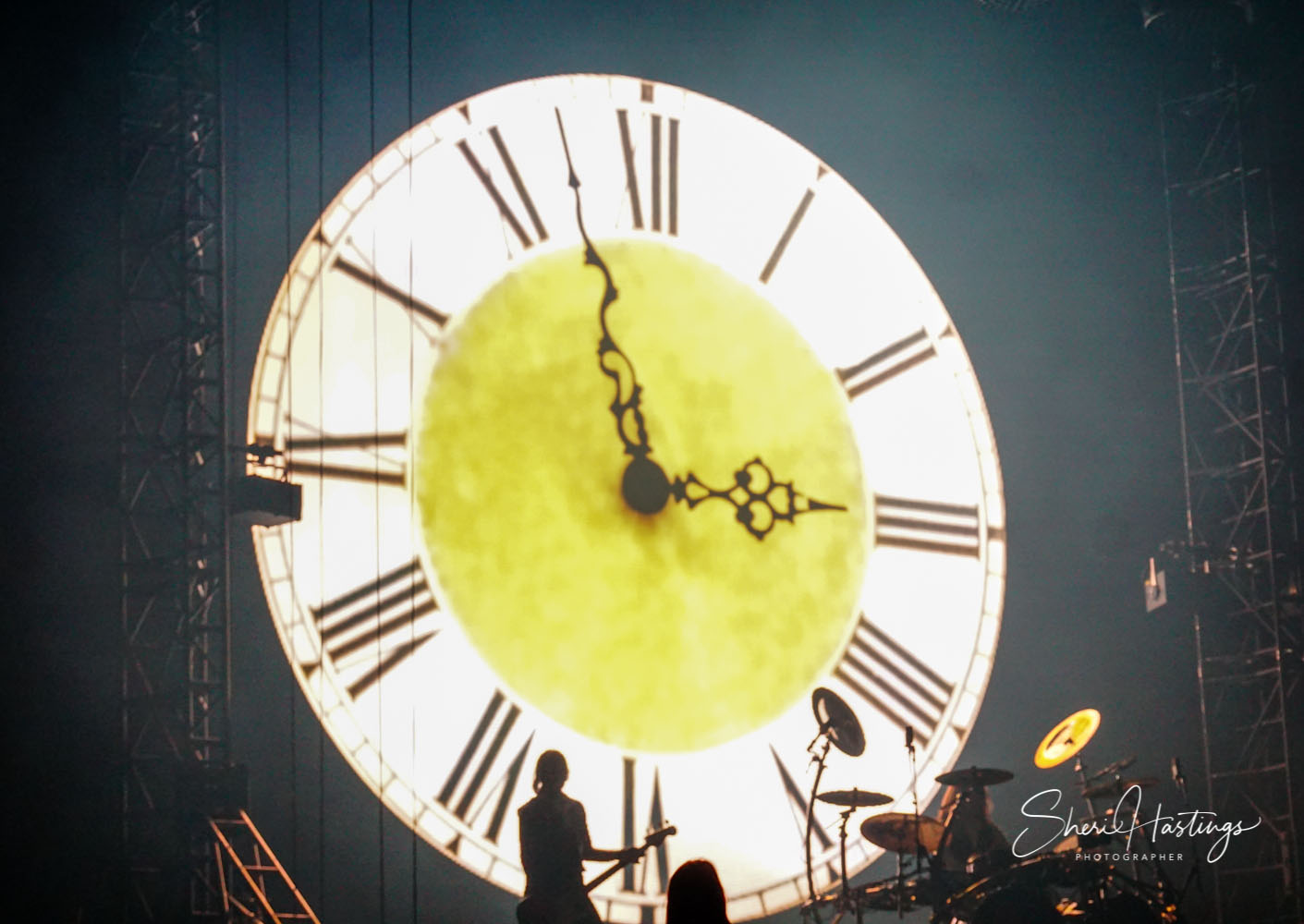 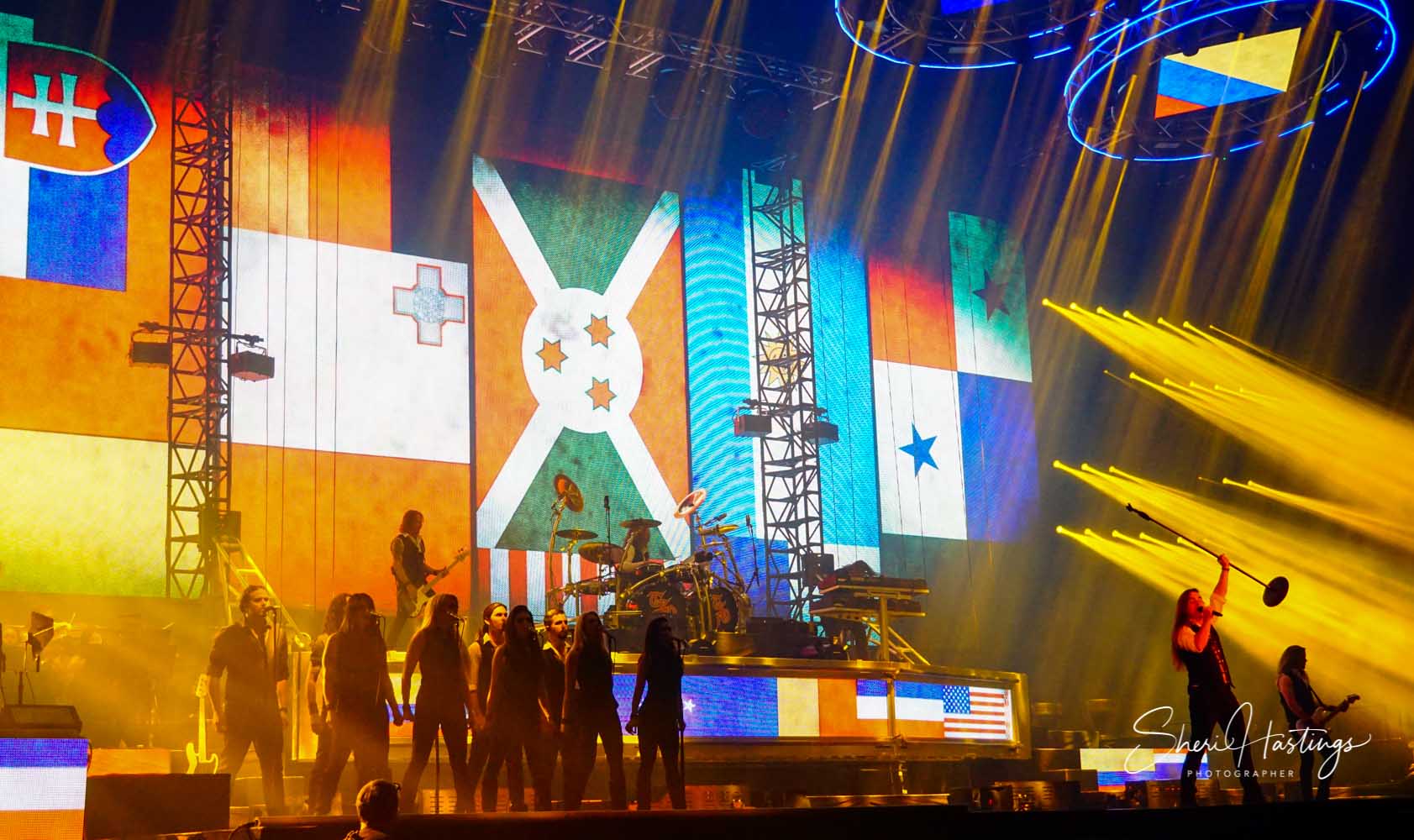 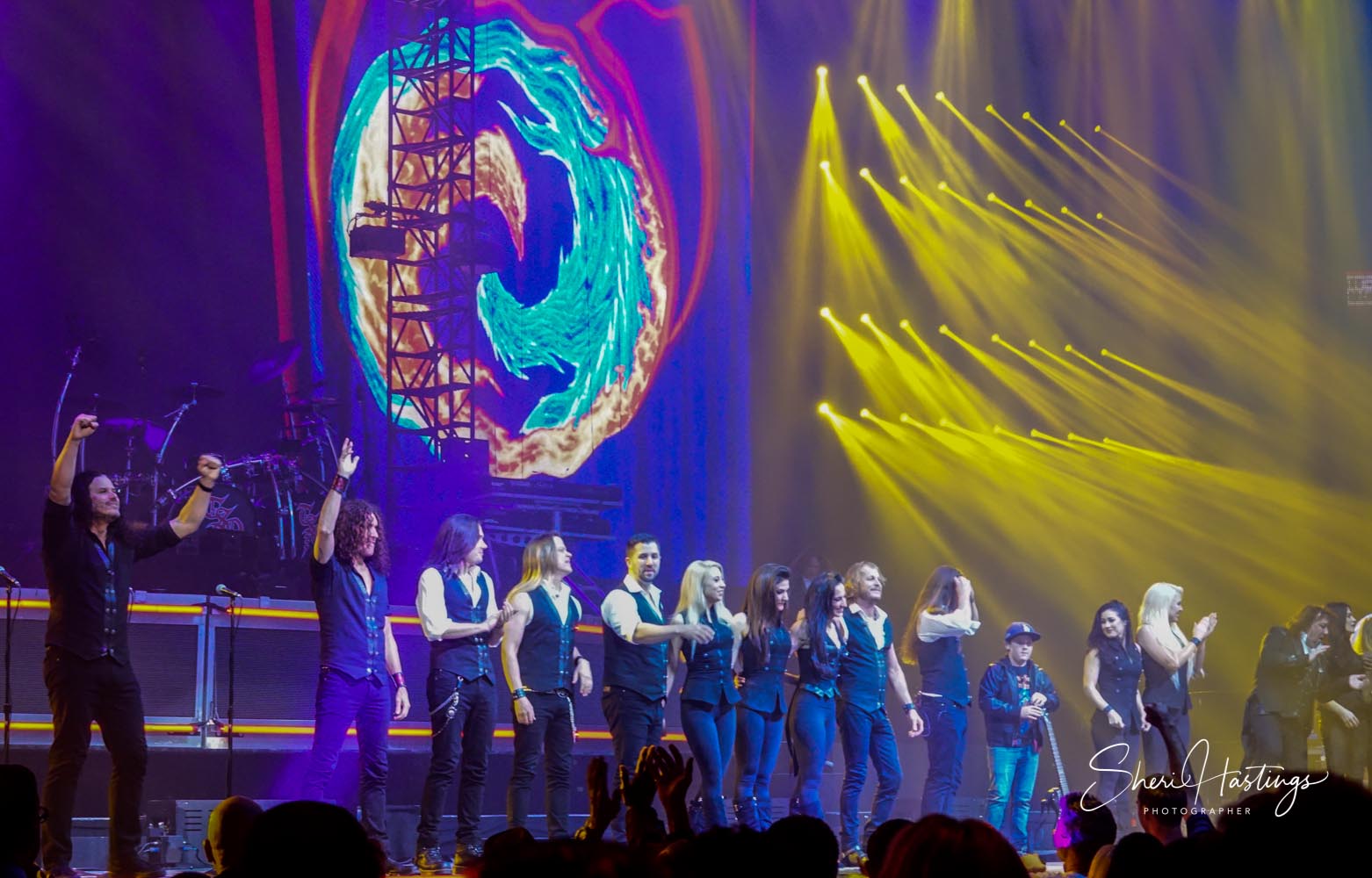 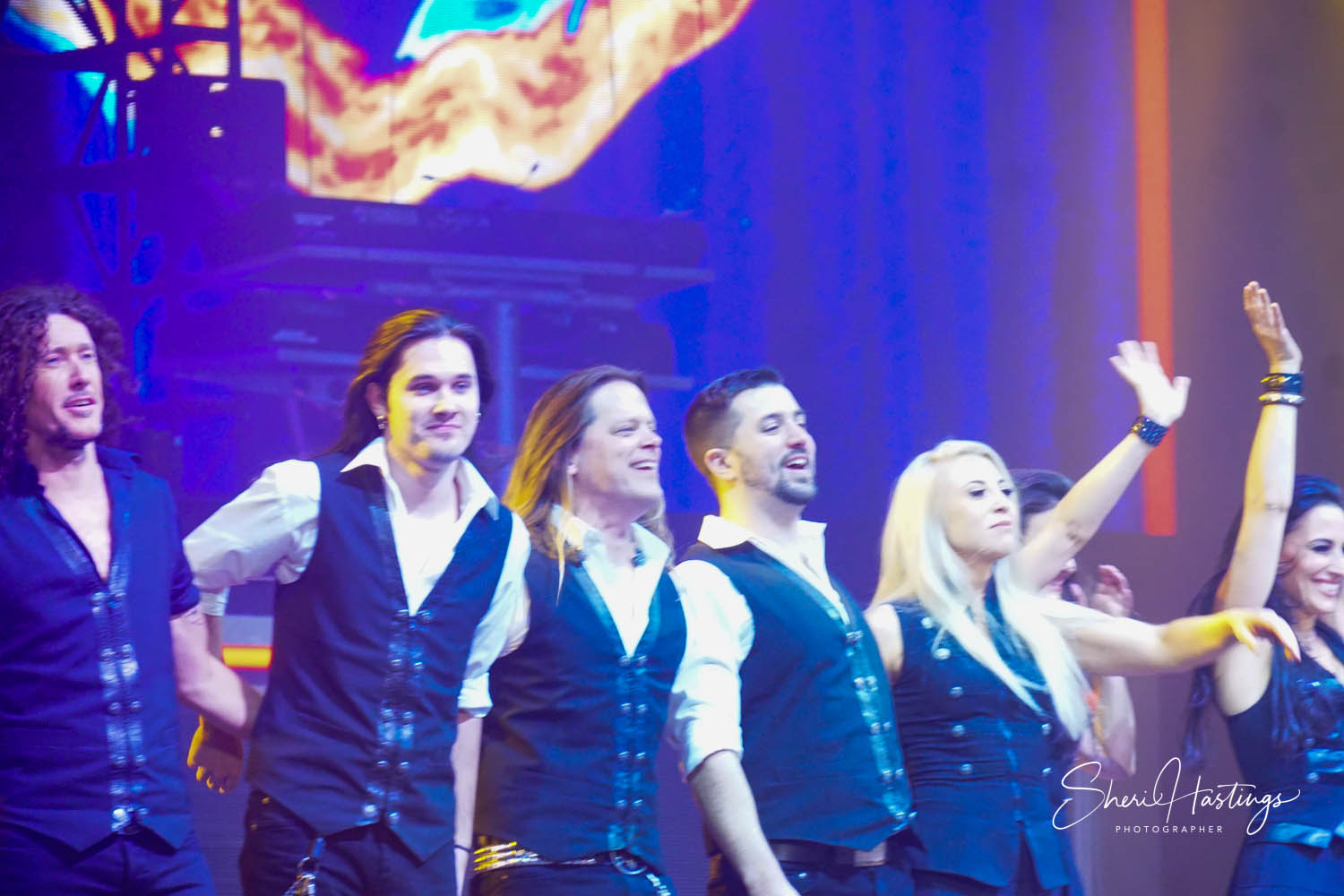 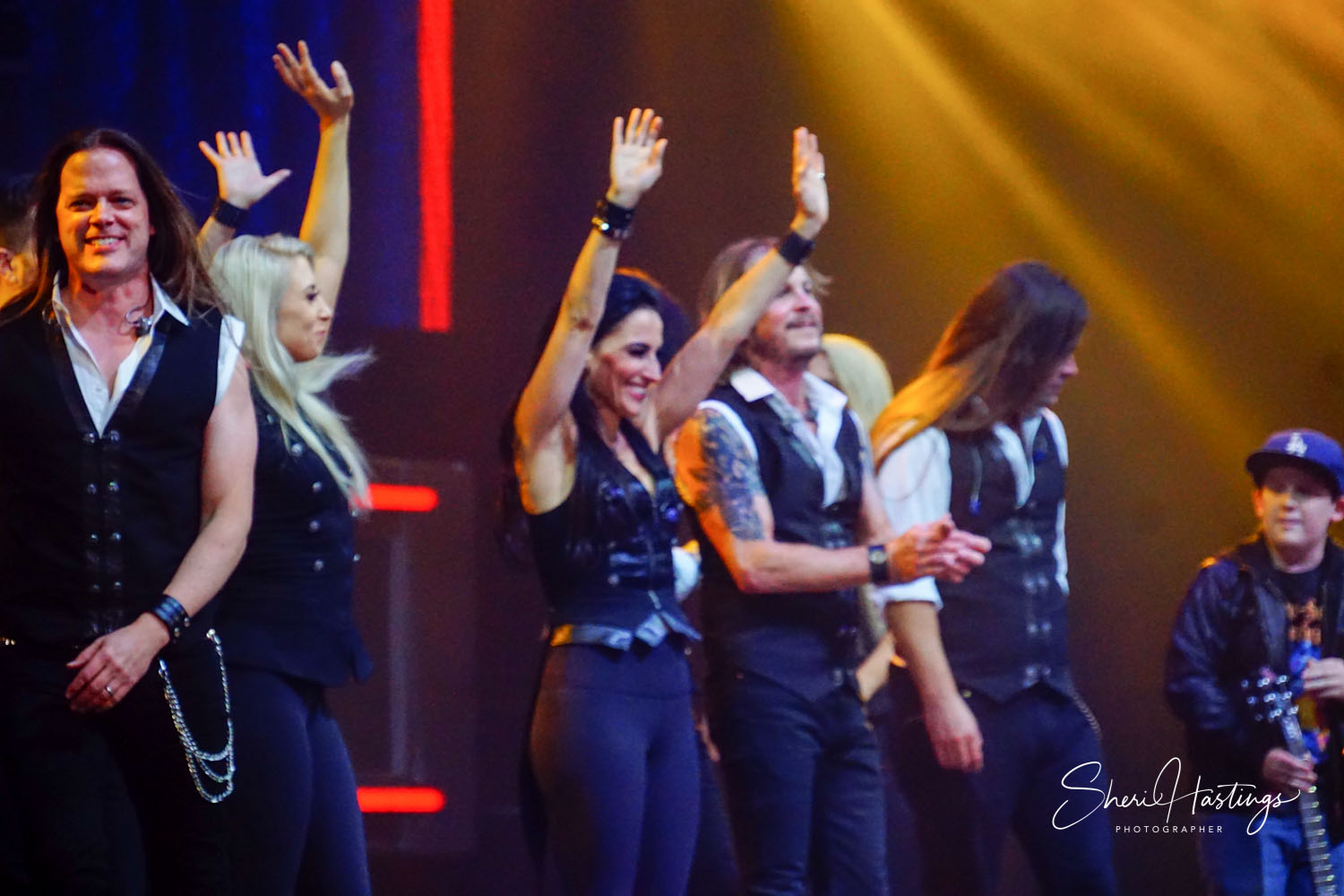