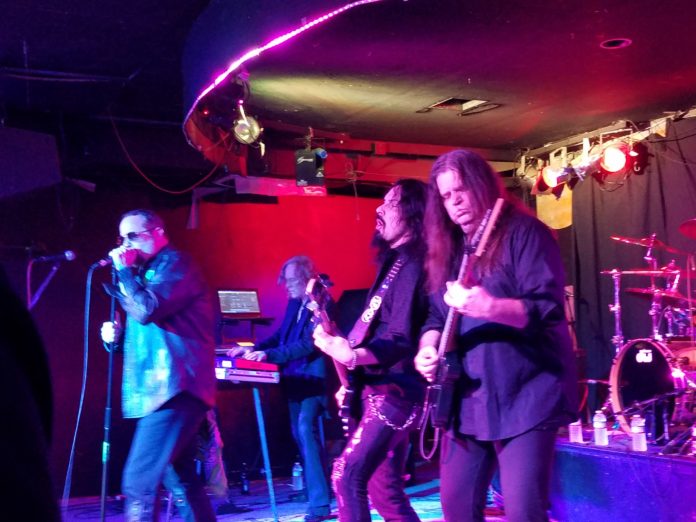 Teresa Schachtel was On Scene & Heard…

The San Fernando Valley was ablaze on Saturday night as the Dio Disciples took the stage at the “world”-famous Paladino’s in Tarzana. On a stormy cold night in Los Angeles the Disciples brought the heat with a stellar performance in honor of Ronnie James Dio’s praise worthy music career. 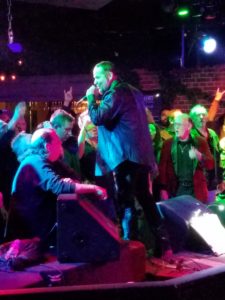 With Tim “Ripper” Owens (Judas Priest) on vocals, Ronnie’s memory was definitely felt as he paid homage to the legend himself. Raising hands to Heaven..and Hell..(see what I did there?) saying that Ronnie was there in spirit and would absolutely love and be proud of the technology and forward-thinking of the hologram which is now incorporated into the Dio Disciples (Dio Returns) touring shows. (The Hologram is not being utilized for smaller club dates). 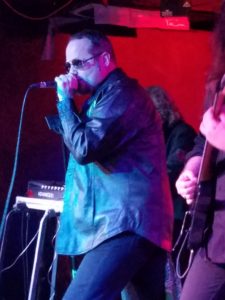 Such charisma easily exuded from the other members of the band as well. The musicianship here is top rate and with a drummer like Simon Wright (AC/DC, Dio) as the beat backbone, fans would agree that the classic Dio sound is well in place. Craig Goldy (Guiffria, Dio) on guitar with his precision and long time knowledge of the Dio catalog is so perfect. The swarthy Swedish Viking, Bjorn Englen (Yngwie Malmsteen) with a stellar bass line and Scott Warren (Dio, Warrant) who excels in a splendid solo on keys makes the band a whole and moving, metal machine. What I love about the Dio Disciples is that they all knew Ronnie. They were all personal friends of his…they all knew how Ronnie wanted his wishes carried out with the band. They were in his band, they toured with him, they were friends of his, and they even lived with him at times. Their dedication to carrying on Ronnie’s music is not only a tribute but heartfelt and personal as well. Such passion and such a sense of family and history here.

Two of my favorite performances of the night were “Heaven and Hell” and “Last in Line“. Another special part of the show was Ripper explaining that Wendy Dio’s commitment to the Stand up and Shout Cancer Foundation is a way to give back to the world by helping people in need who have cancer. Trying to raise money to support finding a cure has been a priority to her and is obviously a cause very close to her heart. He added that puutting on the annual “Ride For Ronnie” Motorcycle Ride and Concert event at Encino Park (this year on May 6th) has been Wendy’s outreach and continuation of Ronnie’s legacy and memory.

Ripper put his own spin on a few of the vocal cadences, which worked to the delight of the audience and shows that Dio’s music will forever live on and never be forgotten.

As a long time Dio fan myself, the performance brought a touching tear to my eye. In Memory of the Man on the Silver Mountain, Dio Disciples shine like pure Gold! 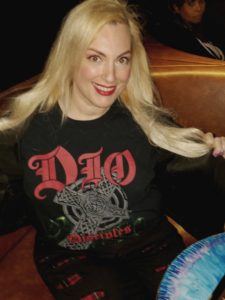 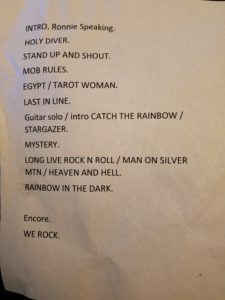