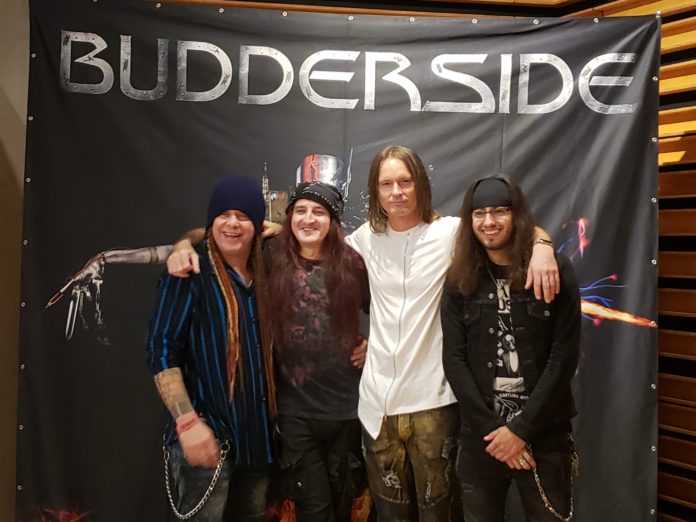 Interview and photos by: Teresa Schachtel

It’s always exciting to attend a party which introduces a band’s new music and is written in my book as one of my, “Hollywood fun nights“. While in the midst of that Hollywood fun night, I was honored get a vibe of Budderside’s new music, hang with the band, and sit down with their front man/lead singer, Patrick Stone, for an interview about their awesome new music and album direction: 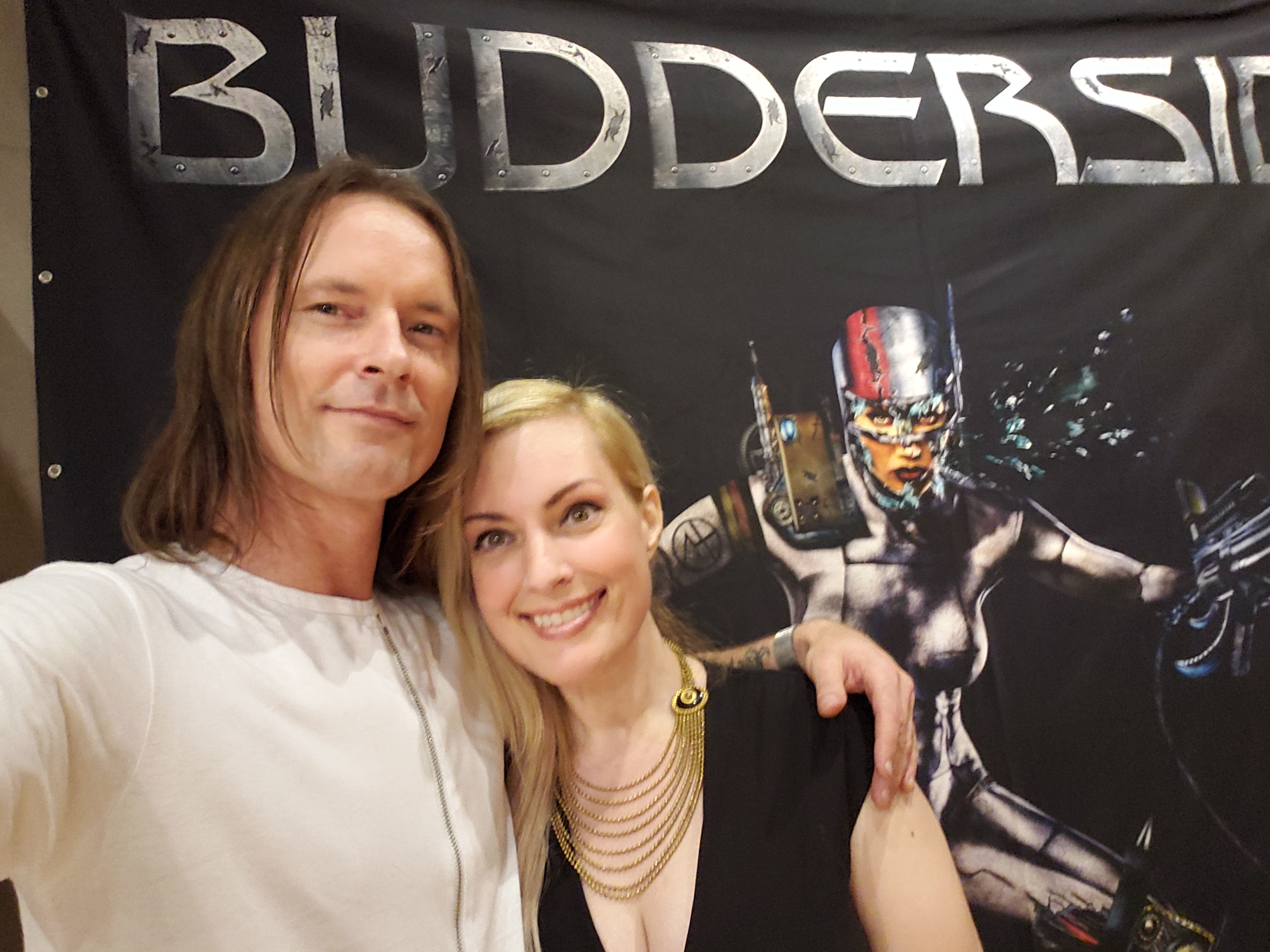 T: When is the new album gonna be out?
P: Motörhead Music is talking spring 2019 with our first single and video being available for pre-sale about a month before.

T: What is the new album gonna be called?
P: We have a few titles we’re bouncing around now, but as of yet, we are undecided. 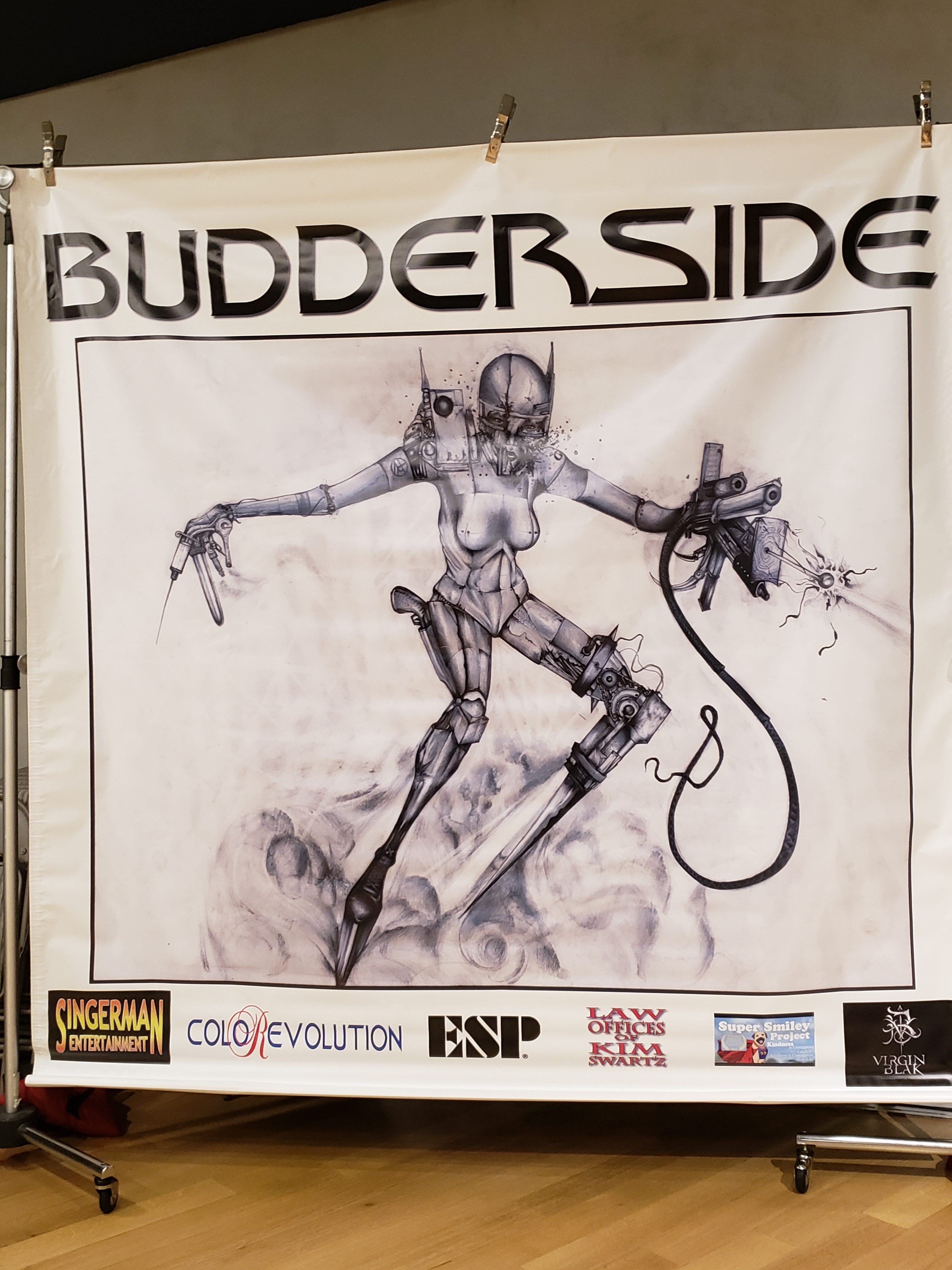 T: How is this different from previous Budderside music?
P: It’s like the band has grown up. Our writing has matured, our message is clearer and while the performances are more technical than before, the music has become a lot easier to understand. With Jay Baumgardner at the helm and the guidance of Dani Pampuri, Budderside has evolved into a serious band to be reckoned with.

T: Are there any interesting collaborations with the album?

P: It would not be Budderside if there weren’t! Phil Campbell of Motörhead slams down some insane solos. Carla Harvey of Butcher Babies annihilates a guest vocal spot. Mike Railo, of the band Live, just takes flight all over, on piano. Big Swede, of course, once again, brings his psycho-whack-attack on synth. A touch of serious class lifts up the album with the symphonic talents of Tamara Jewelnaz (also on our debut) on Violin and newest musical-crush, Simone Vitucci on Cello. Possibly the most magical addition this time around is the amazing MUSYCA, children’s choir and their very gifted conductor, Dr. Mikhail Shtangrud. Above all, Jay and Dani constantly testing our very limits and pushing us as far as we could go.

T: How would you describe the sound/influences of this album?
P: “Amateurs borrow, professionals steal”, a wise man recently told me. By no means do I think we sound like anyone else, but our influences definitely shine through a little brighter now, more than ever.
Our sound is much more refined. Working at NRG heavily influenced the sound. It’s mind boggling to be where some of your favorite albums were done. Johnny Cash, Linkin Park, Evanescence, Stone Temple Pilots, Motörhead and so many, many more recorded there. Their blood sweat and tears still flowing through the electric currents into the board, in the amps, the lights, the walls, the atmosphere. I reached out to Chester, Cash, Lem and Cornell spiritually often throughout the process and I could feel my performances grow stronger. They’re spirits are alive and well at NRG. Not to mention the instruments, amps and everything else our heroes before us had used to make their records sound great. The place and the people there honed us into what we’ve always wanted. 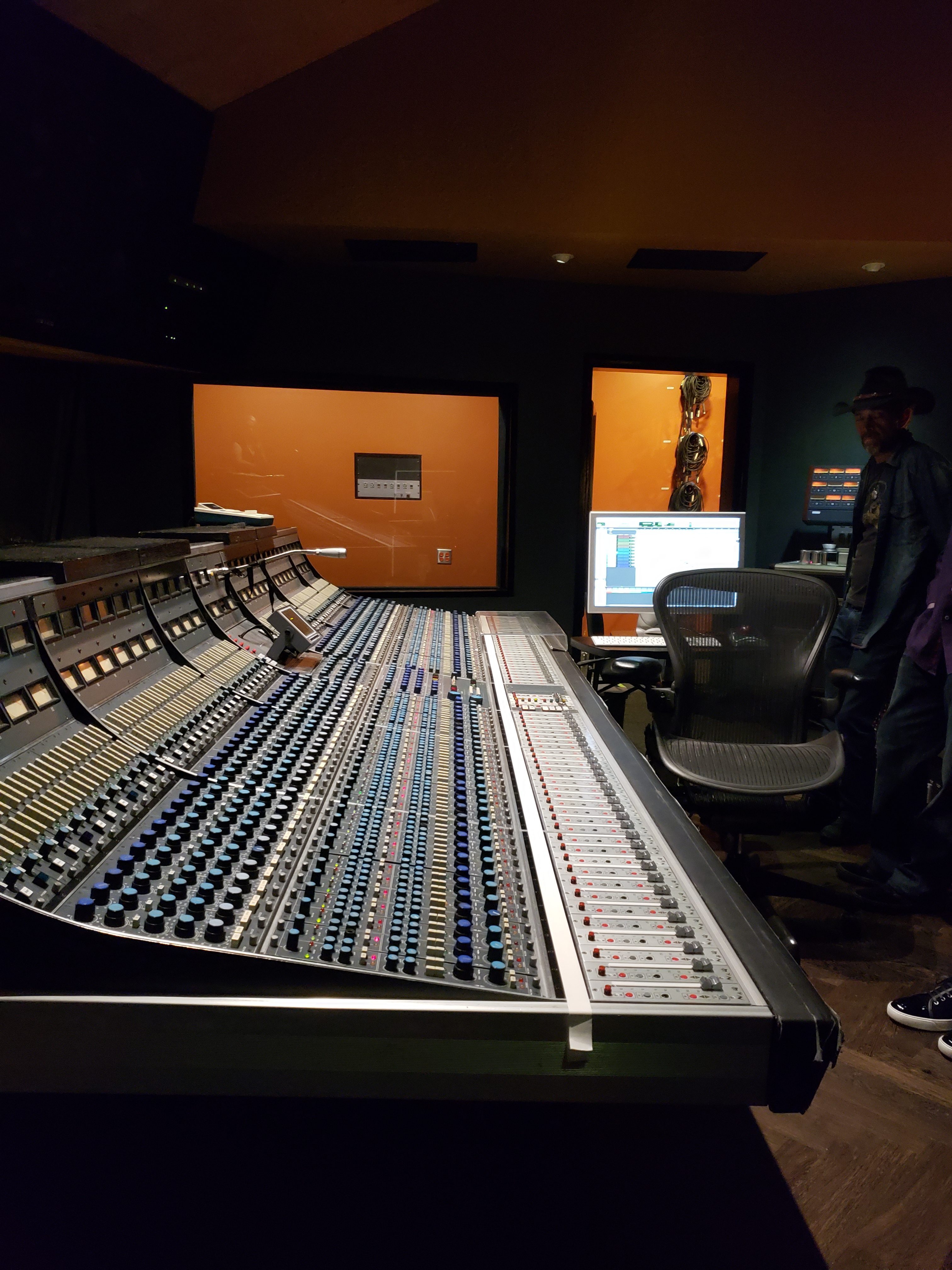 T: Who are the current members of Budderside?
P: Colin Reid, guitar, had been a strong part of the band since May of 2017. He is featured on the album and co-wrote one of our favorite new songs.
We are currently working with a replacement since Colin will no longer be with the band.
The rest of us are gearing up for what will be the ride of our lives.
Sam “Bam” Koltun on guitar…
Michael “The Stoneman” Stone on bass…
Rich Sacco on drums….
Myself, Patrick Stone, although writing and recording guitars on the albums, am now solely a frontman and vocalist for live performances. It’s what I’ve always wanted and it feels so right. The five-piece, two guitar dynamic really works for us. 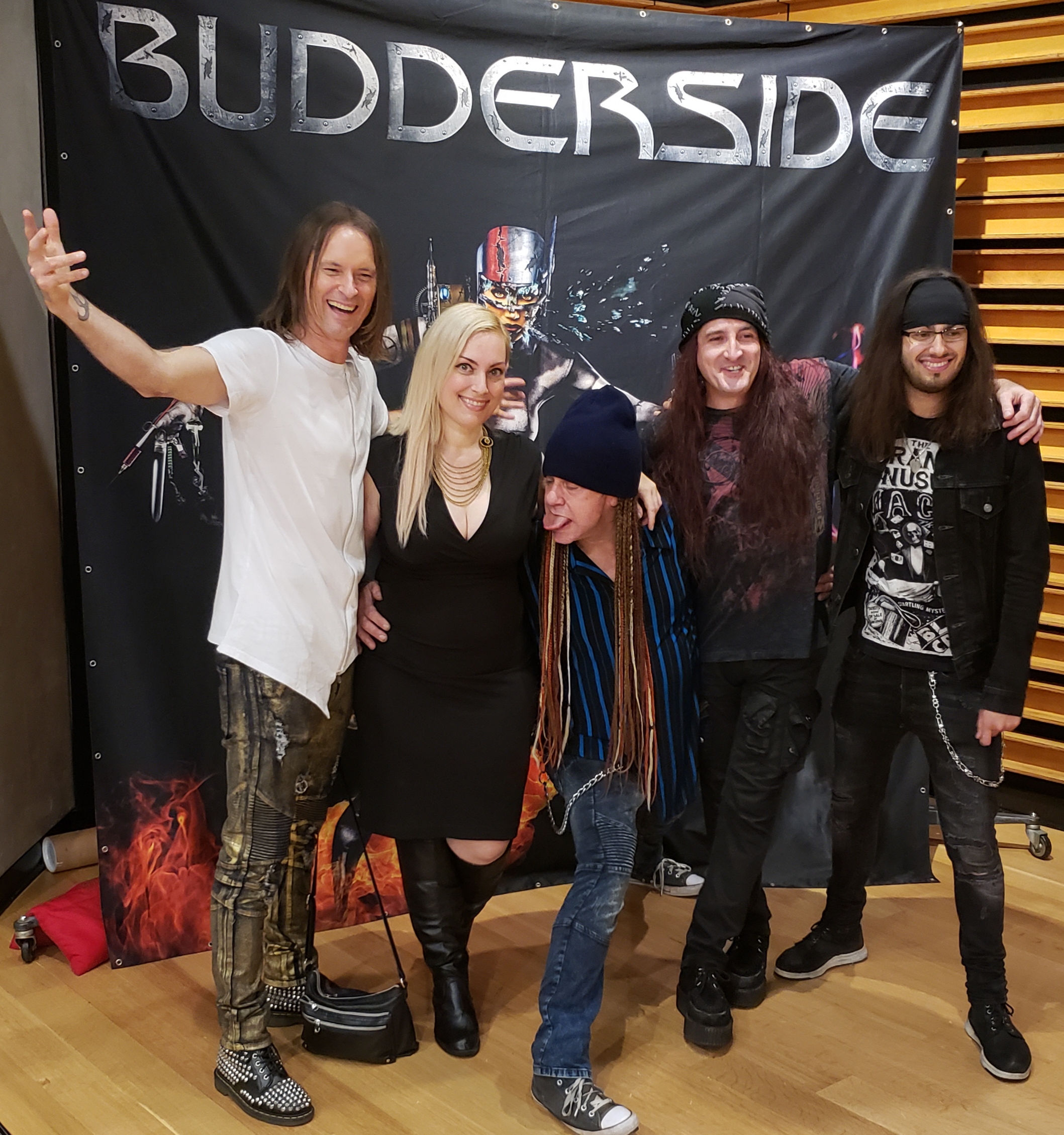 T: Are there any other interesting facts that you want people to know about this Budderside album?
P: A lot of dreams and hard work went into making it happen. As a fan of bands and music, we’re very proud to deliver something with so much depth and heart. We have stayed true to our word and ourselves and honestly believe this album has something no other has. We made it to connect with the world, to relate in union. It’s speaks vulnerably about relationships, hopeful of the future, says goodbye to lost friends and hello to their free souls, now within ours. It’s a stand against the machine, a scream to sexual magnetism, a wild party spirit and a sober, clear mind. It’s heavy a.f. and beautiful as all hell. 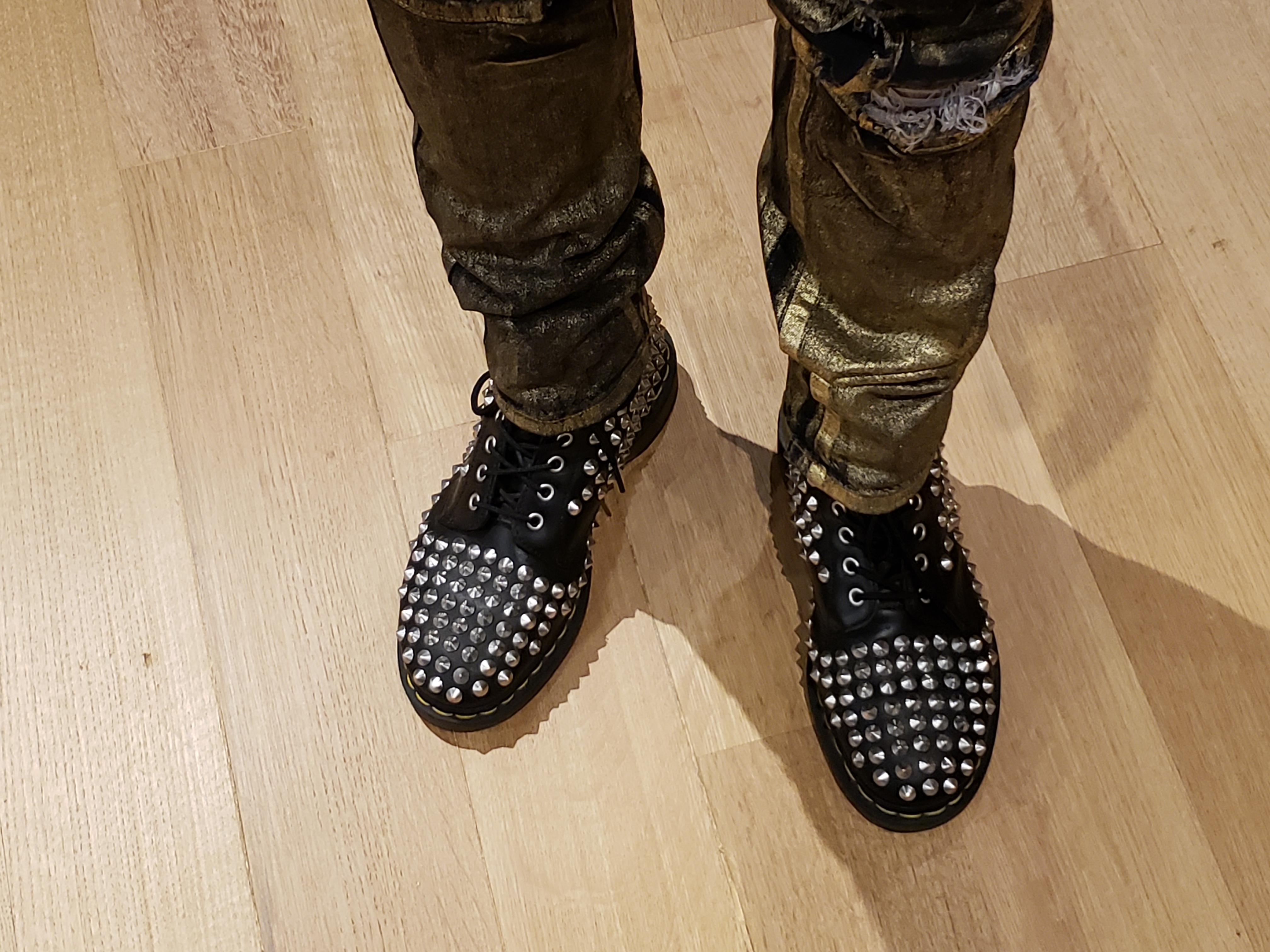 T: What fantastic or noteworthy things/tours has Budderside taken part in?
P: Motörhead’s Motörboat, The Ride For Ronnie, The Hall Of Heavy Metal History, The Wacken Festival Twice, 3 times around the states with LA Guns, The Monsters Of Rock Cruise, The UK with Bullet Boys and E’Nuff Z Nuff to name a few … and we’re just getting started.

T: What does the future look like for Budderside?
P: It honestly looks better and brighter than ever. We’re very excited about the company we’re keeping these days. You’ll soon see the result. The immediate calls for one hell of a busy schedule without complaint. Lining up the videos for our new singles should be enough to chew on before it’s release. Beyond that I’ve been promised I won’t ever come home. That means a lot of touring… see you out there!!!!

Well, you’ve heard the declaration and the promise! Go out and rock with Budderside on tour and make sure to check out the blood, sweat and tears they’ve put into their new album out very soon! 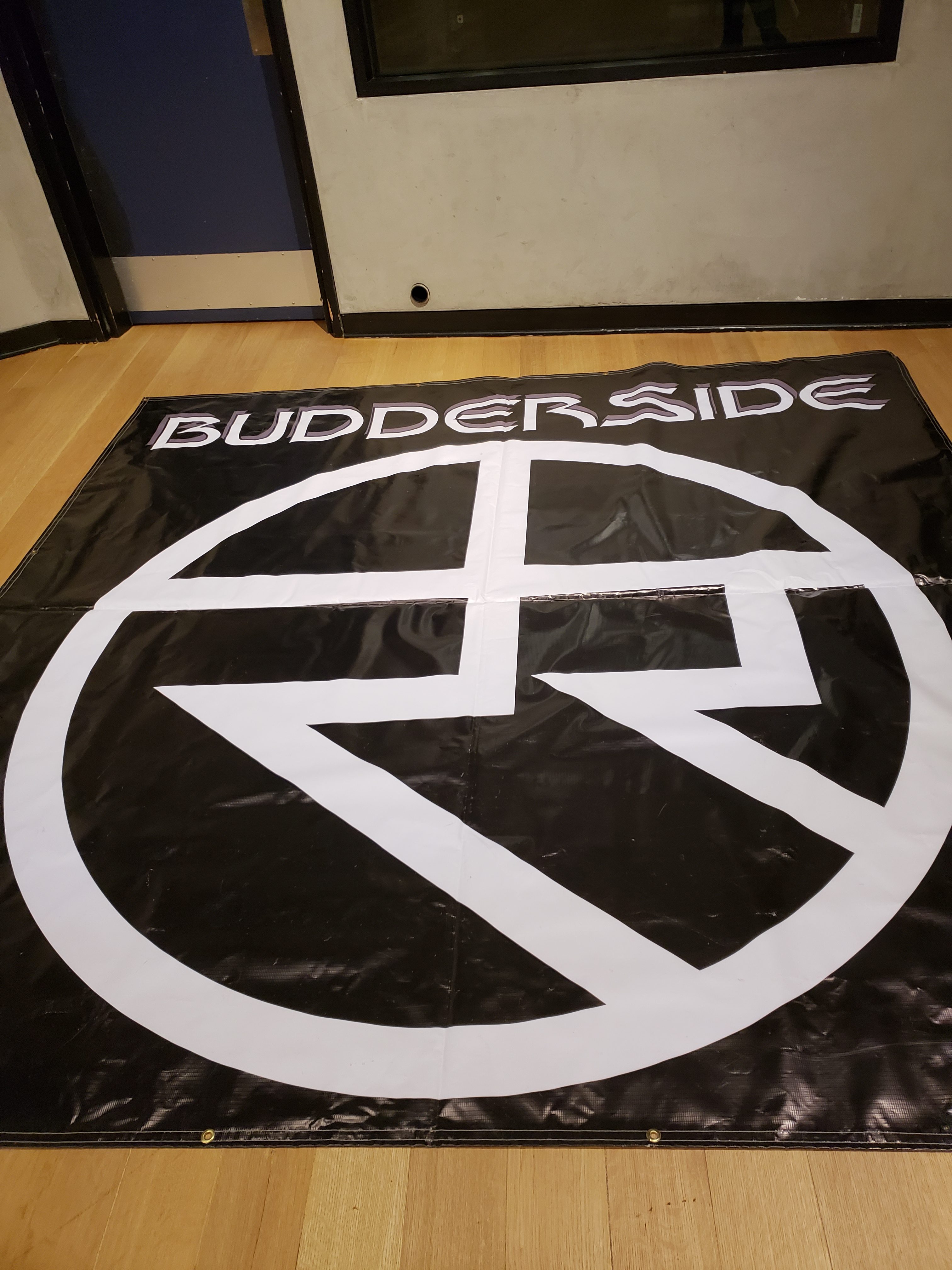 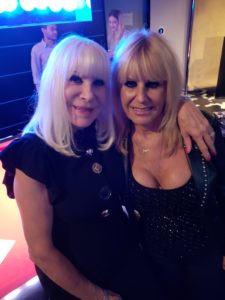 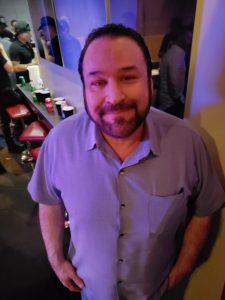 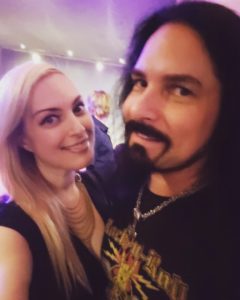 WillG - January 25, 2022 0
Drummer Brian Tichy returns to THE DEAD DAISIES!! The Dead Daisies are excited to announce the return of drummer extraordinaire Brian Tichy to the musical collective of Glenn Hughes,...