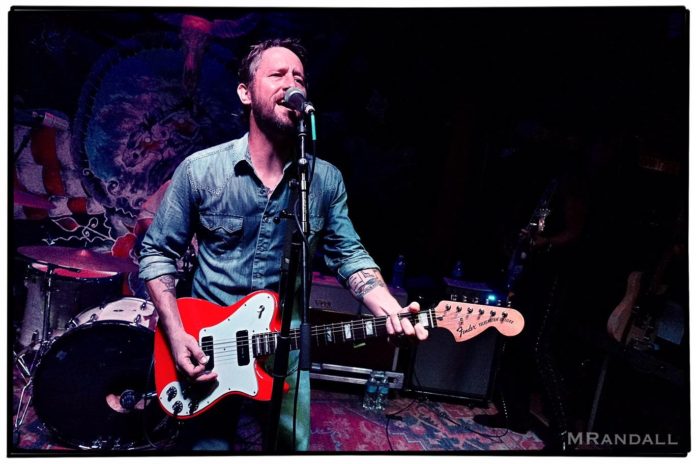 On my most recent trip to Pioneertown to see Foo Fighters’ guitarist Chris Shiflett, I was greeted by 100 plus degree weather and tumbleweeds rolling down the dusty road upon which Pappy and Harriet’s sits. When I walked in, Chris was on stage in a t-shirt and shorts running through some songs, which were all well received by the early evening diners. Satisfied with sound check, Chris joined his friends at a nearby table. As he walked past me, he gave a friendly smile and nod. 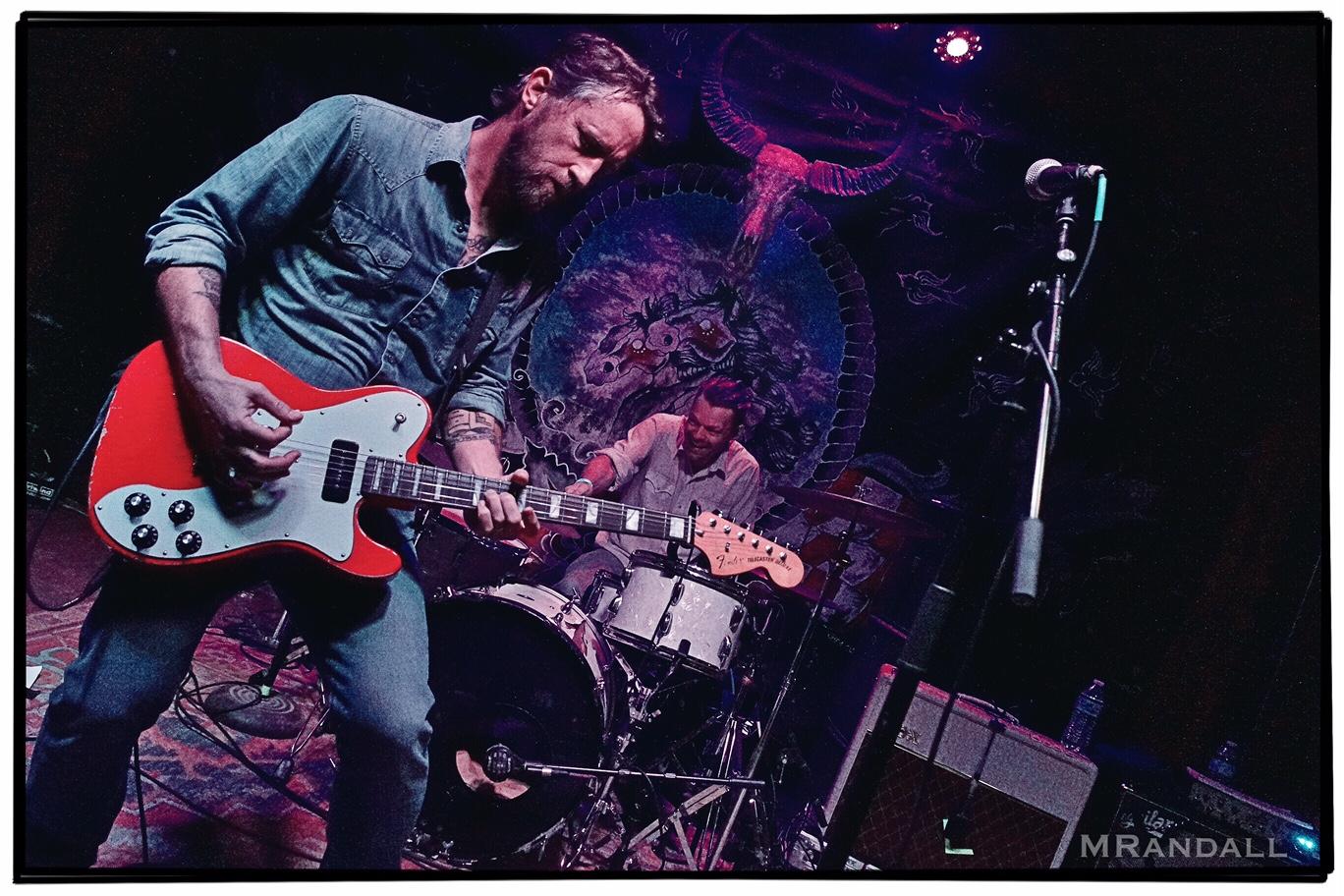 With the Foo Fighters on a break in touring until August, Shiflett was on a mini west coast tour in support of his most recent album, “Hard Lessons“, released last month. The previous night he’d been in Costa Mesa at the Wayfarer, and after Pappy and Harriet’s he was headed for gigs at Temblor Brewing in Bakersfield and the Moroccan Lounge in Los Angeles.

Shiflett’s solo material has many descriptors, so I’m not entirely sure what to call it: Americana, Bakersfield country, alt-country, heartland rock? Whatever you want to call it, it filtered through Shiflett’s guitar and stompboxes, loud and gritty! 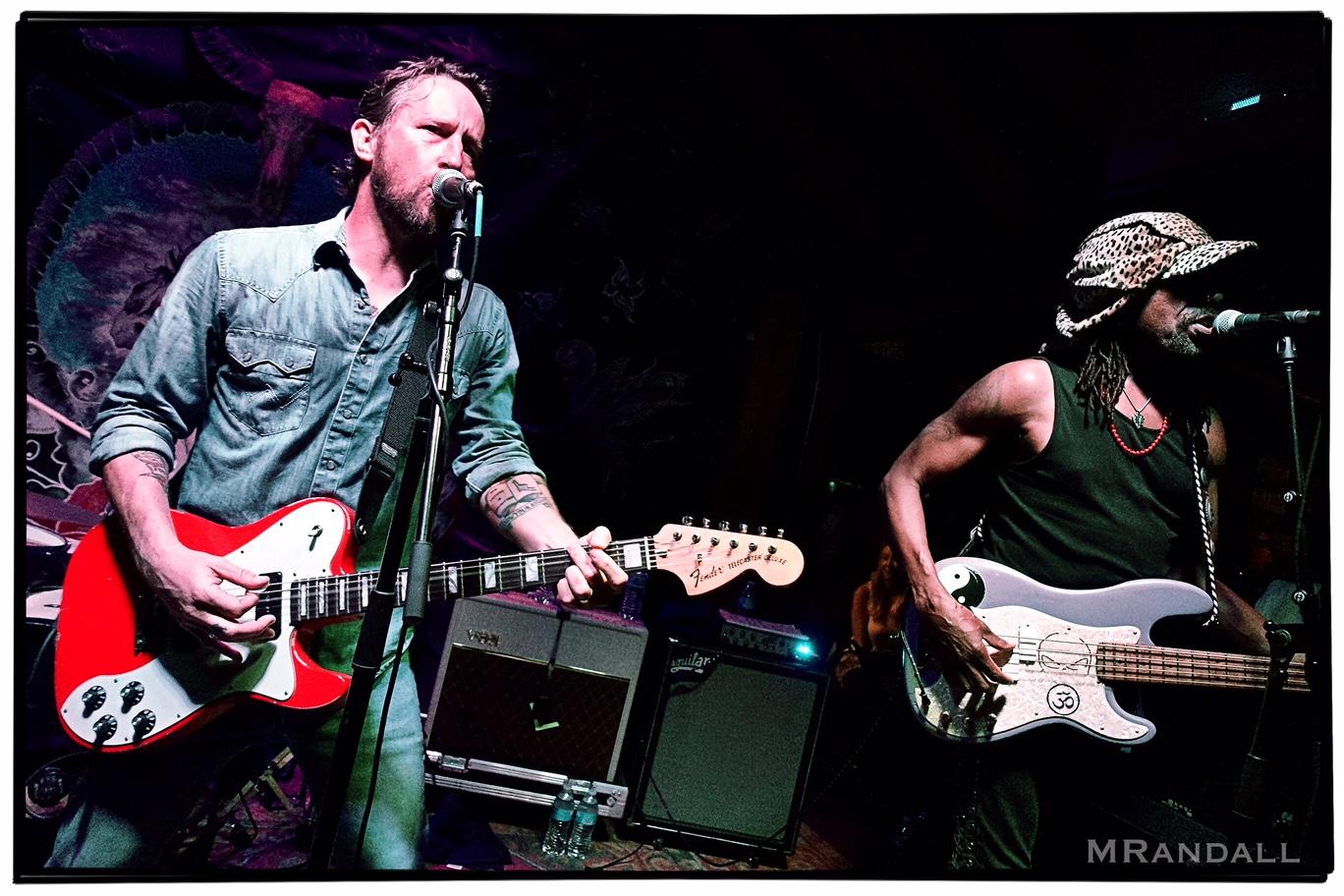 A native of Santa Barbara, Chris has an eclectic resume, having been in the punk group No Use For a Name and the Bay Area punk covers band Me First And The Gimme Gimmes. “Hard Lessons” isn’t his first foray into this country-tinged style of music. He has one other solo album, 2017’s “West Coast Town” and two albums as Chris Shiflett and the Dead Peasants.

When he walked out onto the small Pappy and Harriet stage, Shiflett was decked out in a denim shirt and jeans, but instead of cowboy boots, he was wearing Vans, a display of his SoCal surfer roots. The band was tight and it was surprising to find out that the gig at Pappy and Harriet’s was only the second show the band members had played together. His band consisted of Adam “Ditch” Kurtz on pedal steel guitar, Jerry “Wyzard” Seay on bass, and Jesper Kristensen on drums. 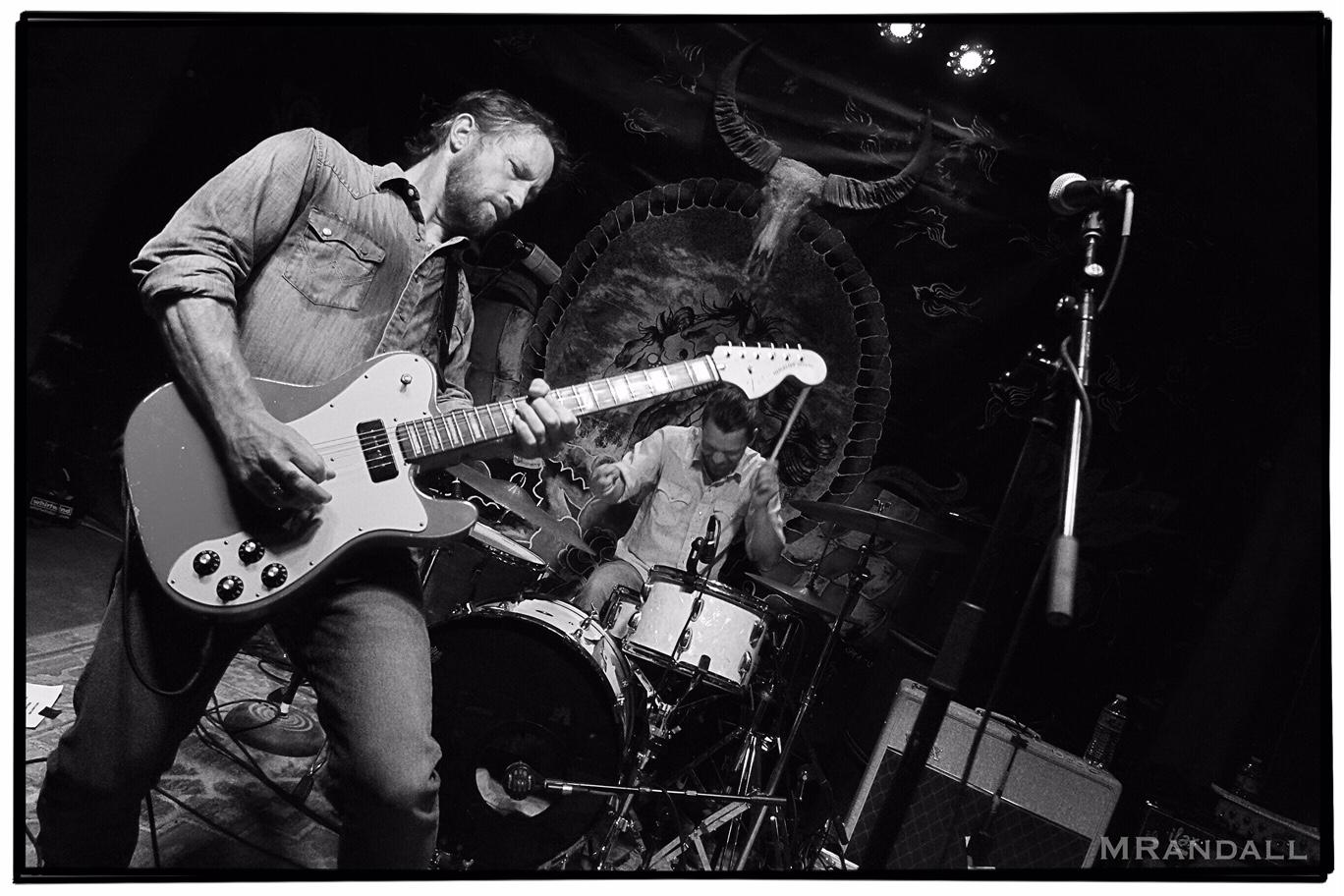 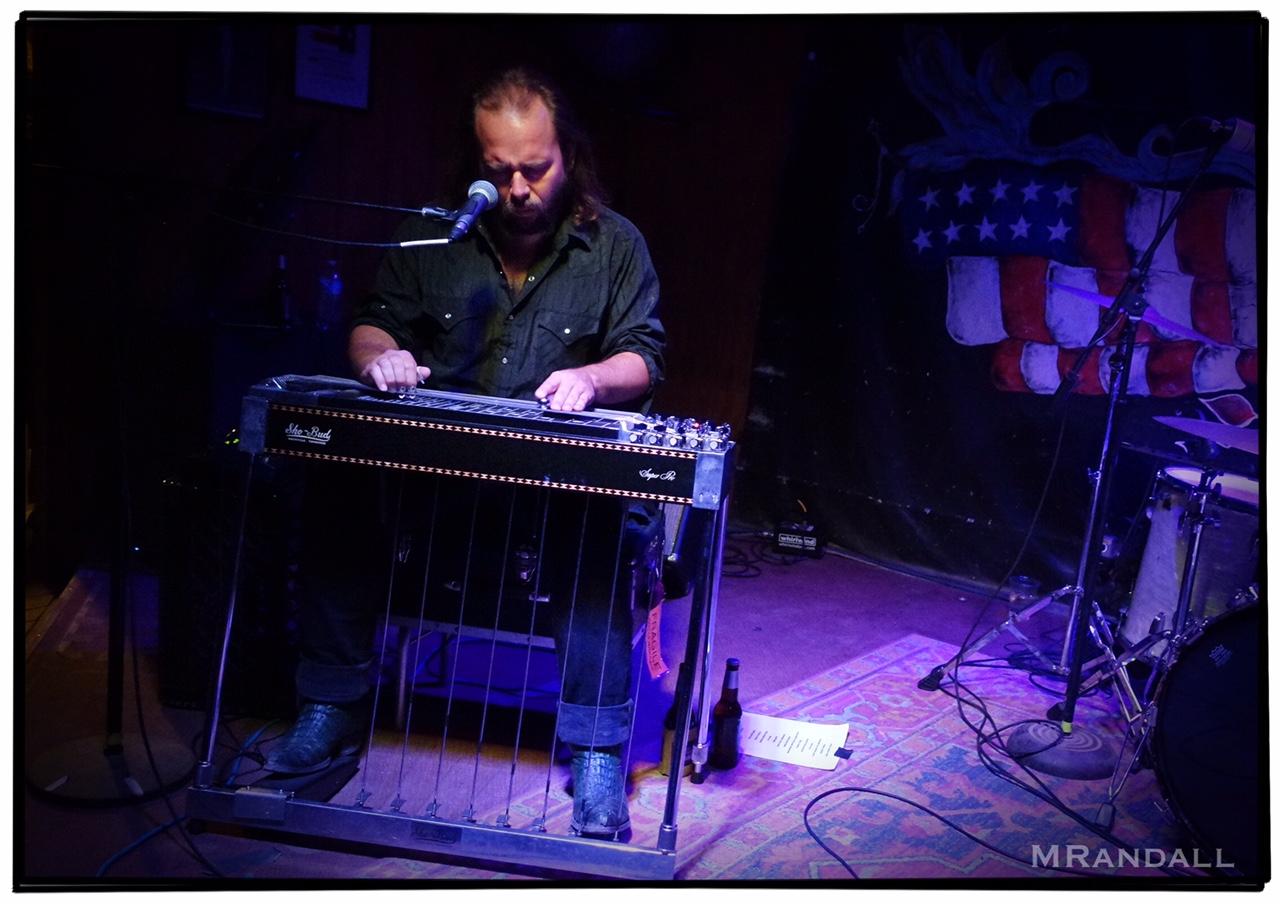 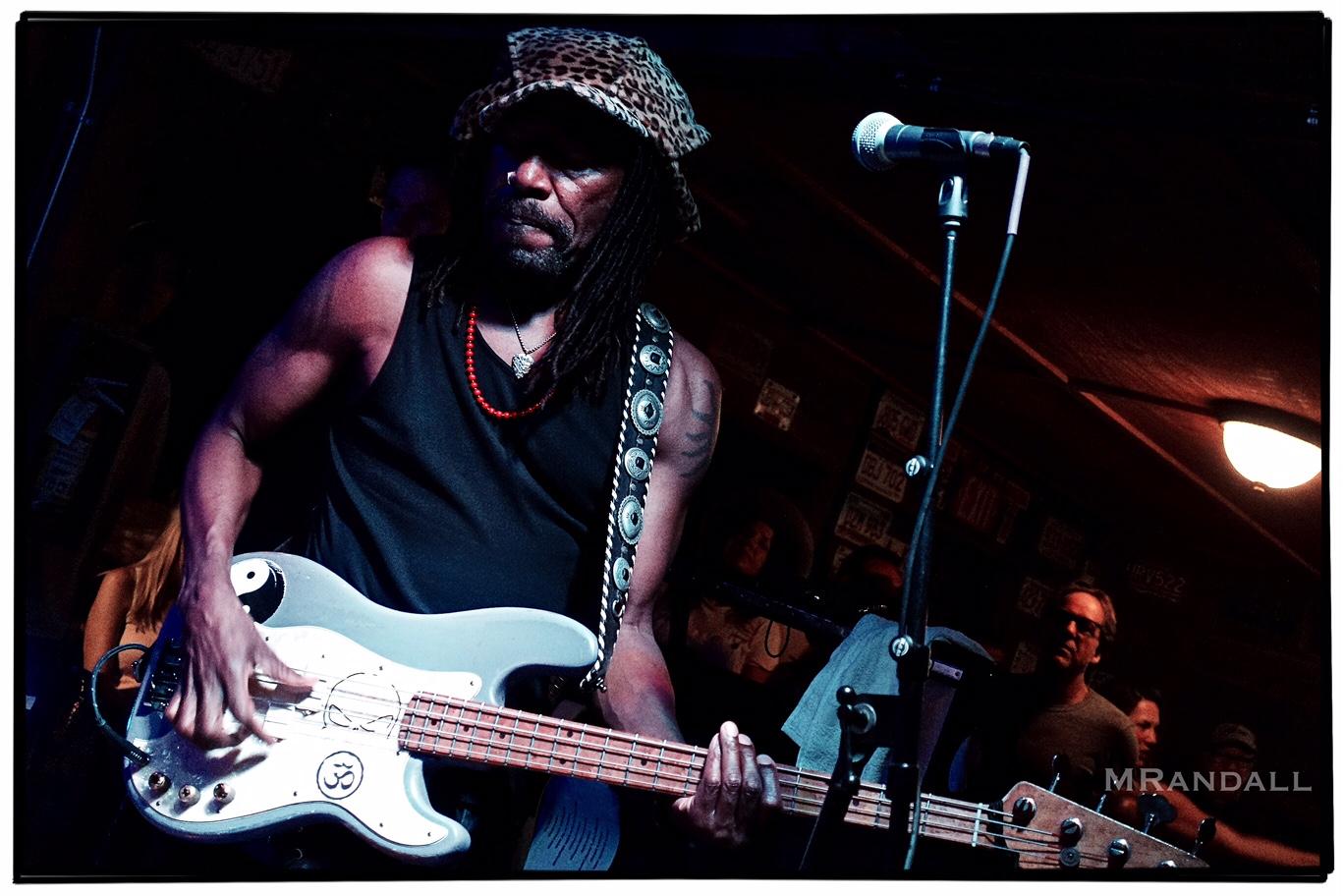 Many of  Shiflett’s songs were anthemic and got the crowd singing along with their catchy choruses. Before going into the song “This Ol’ World“, he confessed he was wary of getting political, but admitted the song was about the current political climate, and he humorously diffused any possible tension in the room by joking that some audience members might have been thinking to themselves, “Oh no. Am I gonna have to hate this guy?” 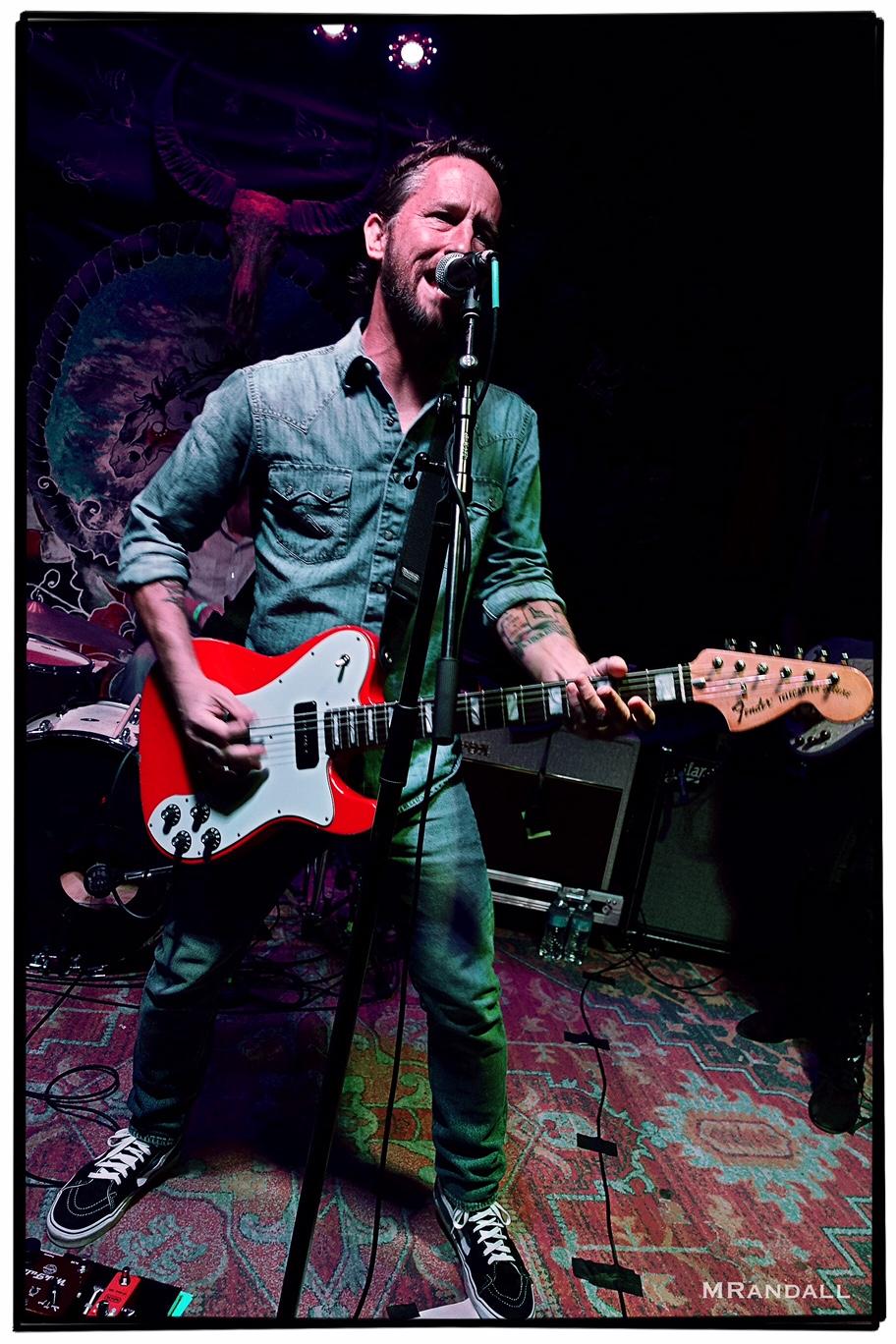 Shiflett said “Welcome To Your First Heartache” was based on the disappointment of his eldest son breaking up with his girlfriend, a girl both Chris and his wife liked. Chris said both of the girl’s parents were doctors, and he’d hoped his son would improve the Shiflett gene pool, since the Shifletts were “ne’er-do-well musicians.” He revealed his son broke up with her via text message which elicited a groan from the audience.

He then talked about how “back in the good ol’ days, I played guitar in this band called No Use For A Name. That was the first time I ever joined a band that anybody gave a shit about and people actually came to see. We made records and we fucking toured all over America in a Ford Econo-Line van. I remember I showed up to my first tour with 2 suitcases, 3 jackets, and 8 pairs of shoes. Everybody looked at me like, ‘What the fuck are you doing?” He said the next song, “Goodnight  Little Rock” was about those times and about learning how to tour. 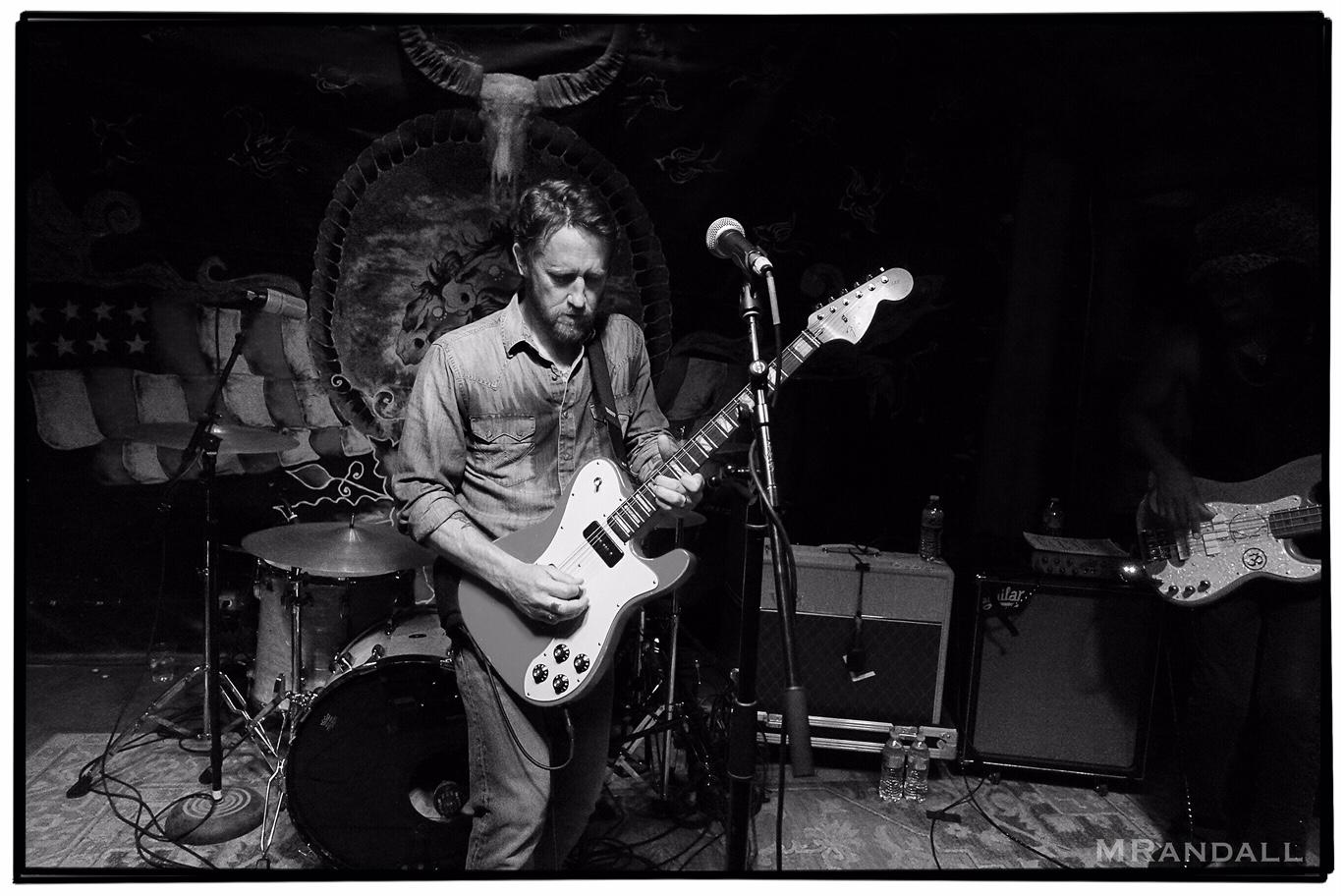 He then said that when writing songs, “you just need some shit that rhymes, right?” When introducing the song, “Room 102“, he confessed there wasn’t really a room 102. And that while on the road, “There’s like room fourteen, or room six hundred and something, but no Room 102.” It just fucking rhymes. But tonight, Ladies and Gentlemen of Pioneertown, we checked into our hotel down the road and as I collected the keys to distribute among my band and crew, guess who came up with lucky Room 102?” And pedal guitarist Adam Kurtz slyly raised his hand. Chris proclaimed, “So you KNOW where the after-party is tonight!”

He introduced the song, “The Hardest Lessons“, as a song about “being an asshole…it’s pretty autobiographical.” 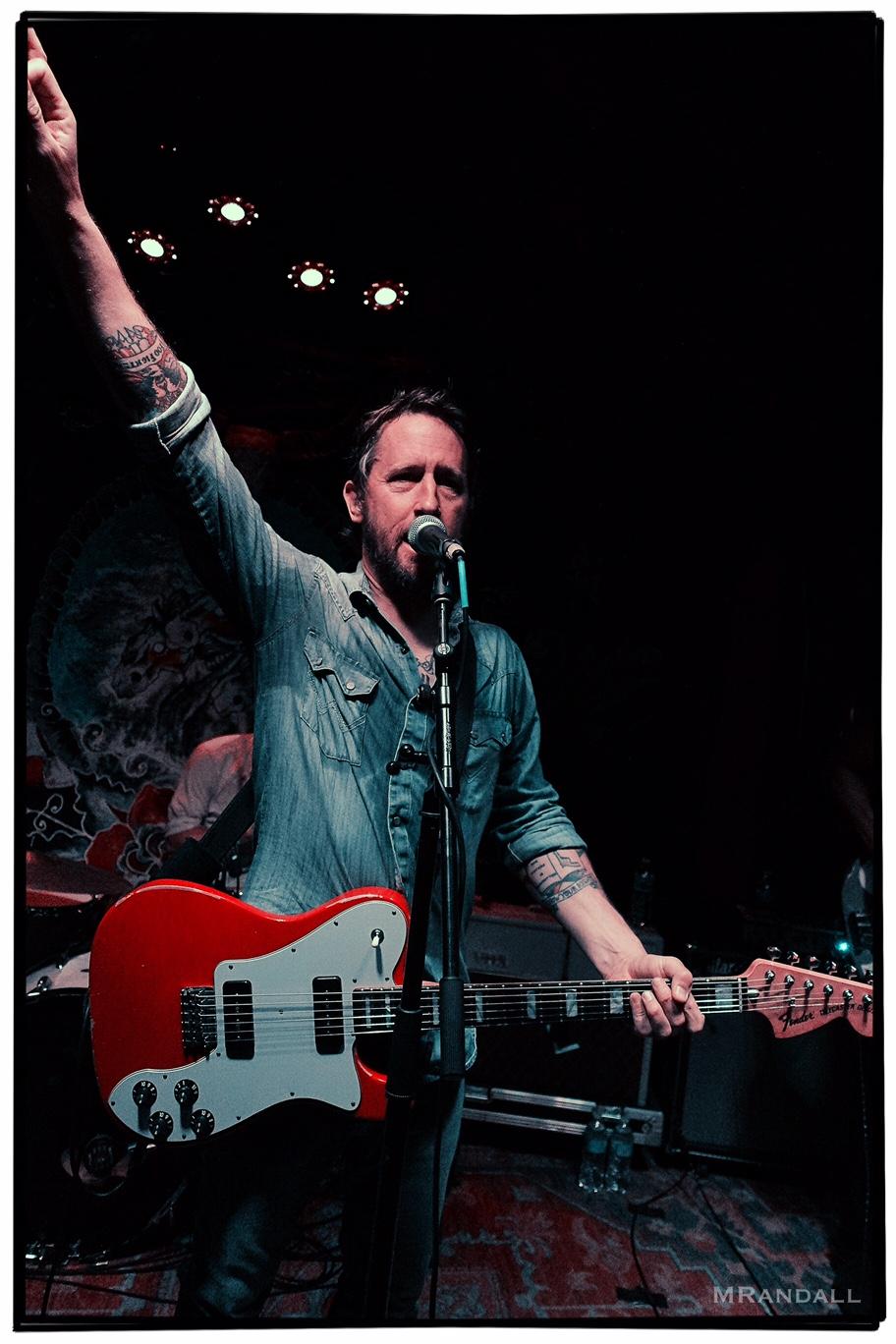 Afterwards, someone in the audience yelled out “Santa Barbara in the house!” and it reminded Shiflett that the next night was his 30th high school reunion, but that he’d be missing it as he had a gig in Bakersfield. He guessed he wasn’t on the mailing list as he’d dropped out. He didn’t seem too disappointed and he theorized that “only people that are in a good place go to the reunions. There’s no like, ‘Hey, you see Jim over there? He’s a meth head.’ Those guys don’t show up.” He then went into a song about where he grew up, “West Coast Town“ 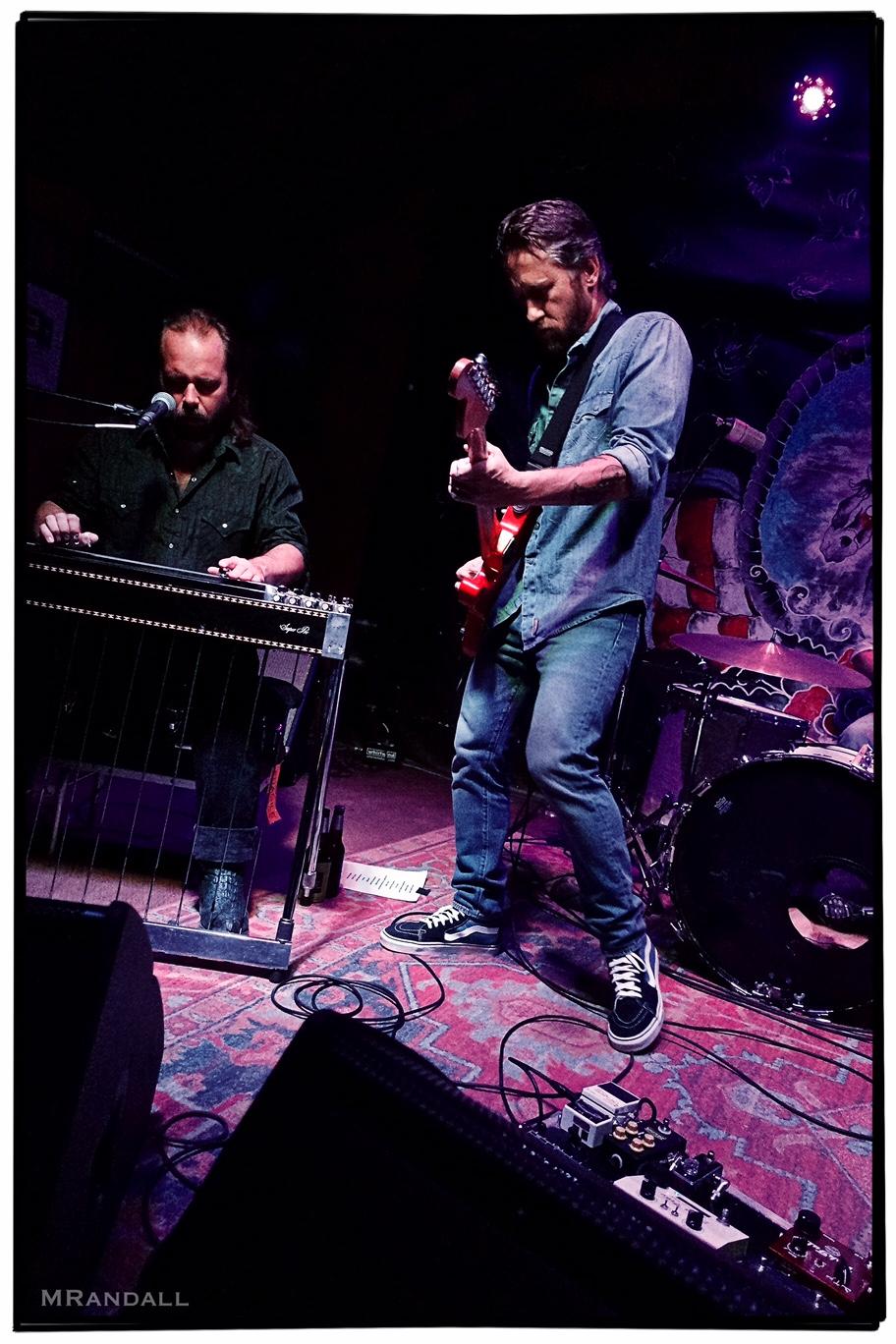 The set list was an even mix of songs from both his “West Coast Town” and “Hard Lessons” albums. He ended the set with an encore of two cover songs, Buck Owens’ “Together Again“, and the Rolling Stones’ “Star Star” off their “Goat’s Head Soup” album.

Blow Out The Candles

Welcome To Your First Heartache

Marfa On My Mind 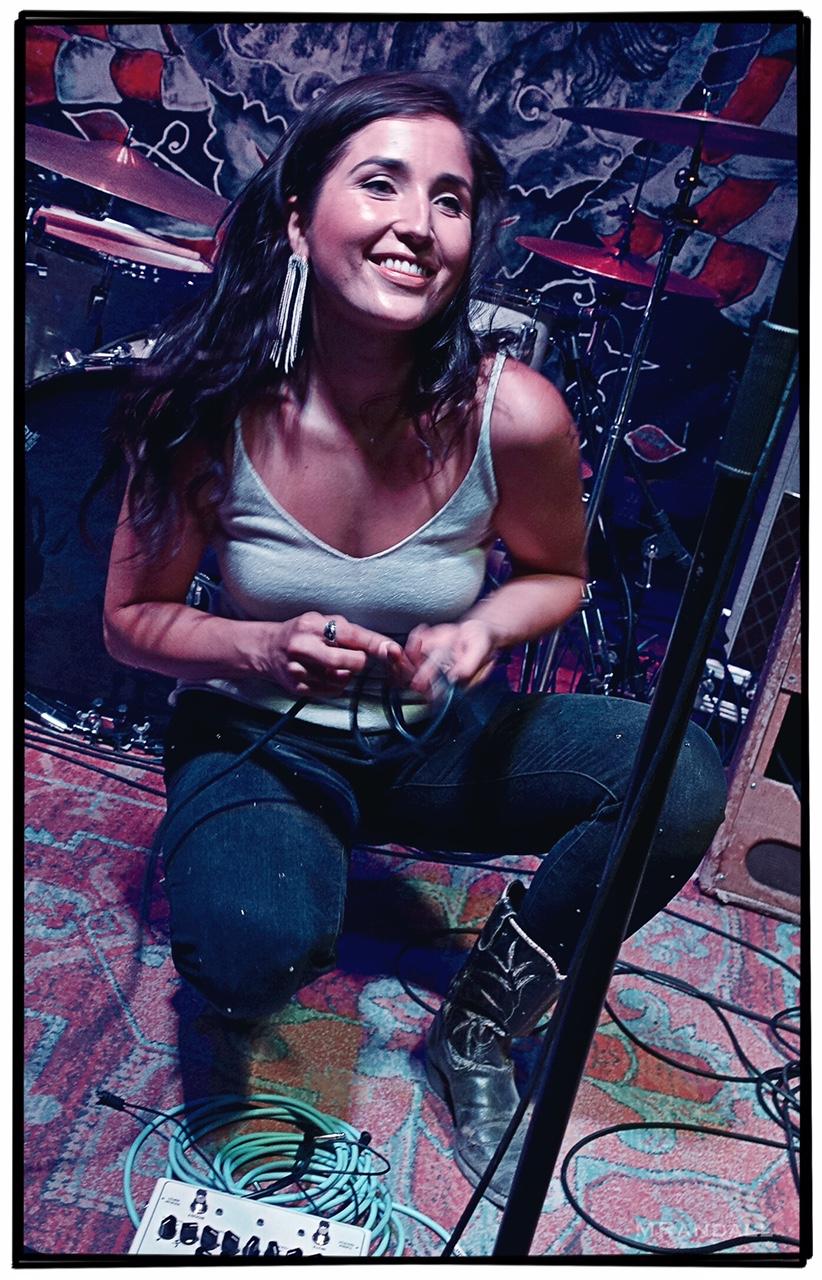 The opener was Jade Jackson, a young musician from Santa Margarita in central California. Her producer and mentor is SoCal punk legend Mike Ness from Social Distortion and her guitarist is Ness’ son, Julian. Her second album, “Wilderness” was released just a few weeks ago. Jackson and Ness performed an acoustic set of her autobiographical songs. 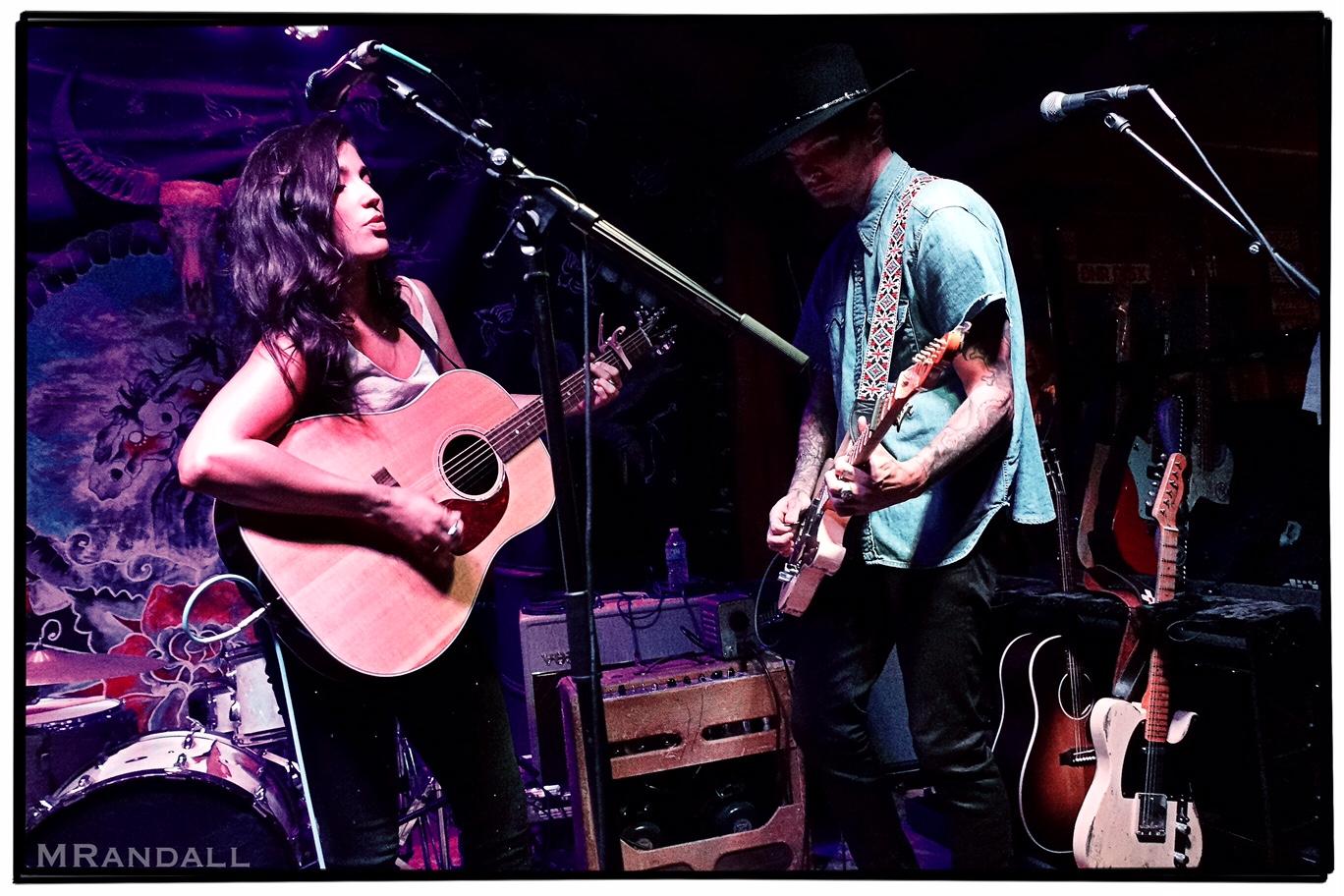 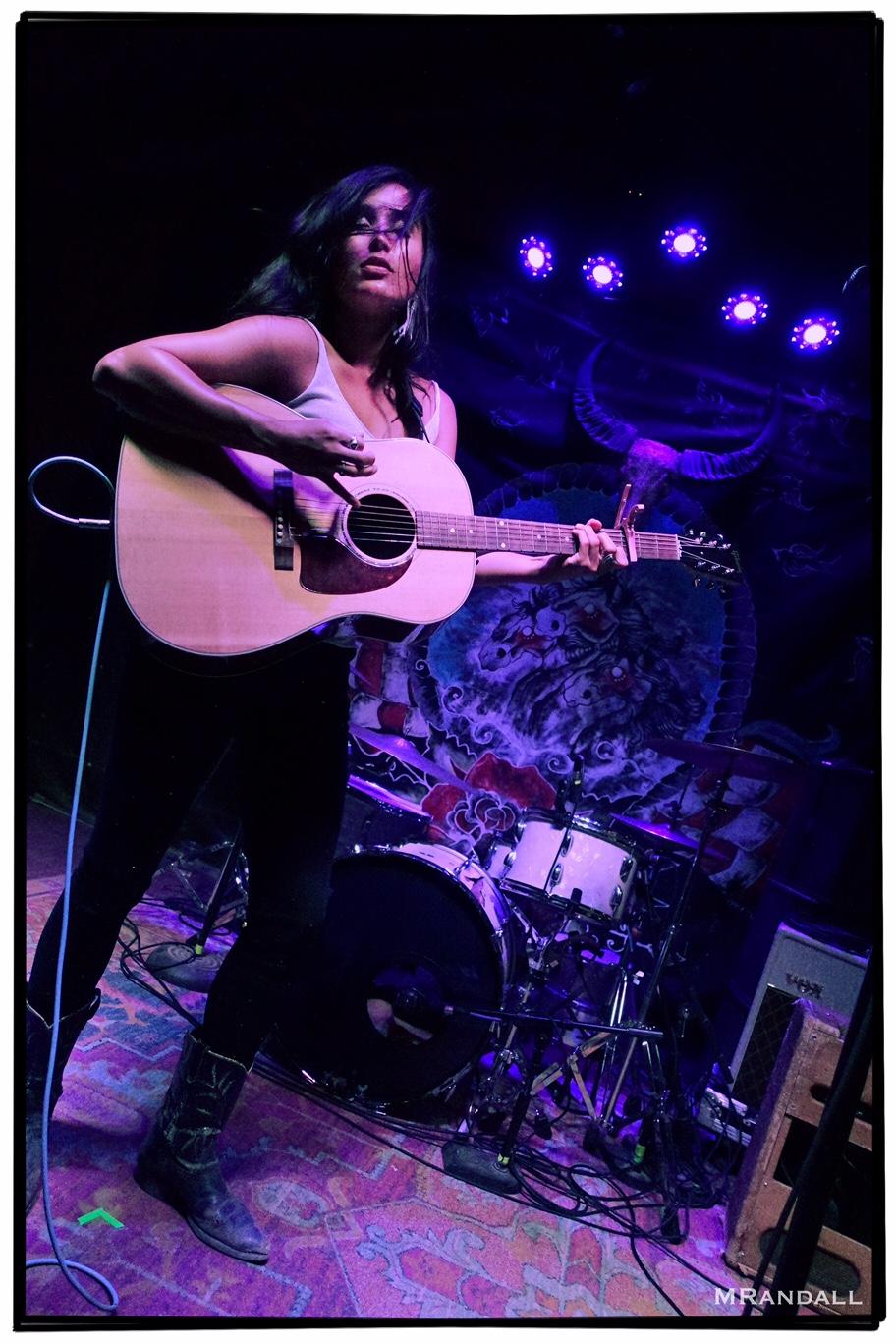 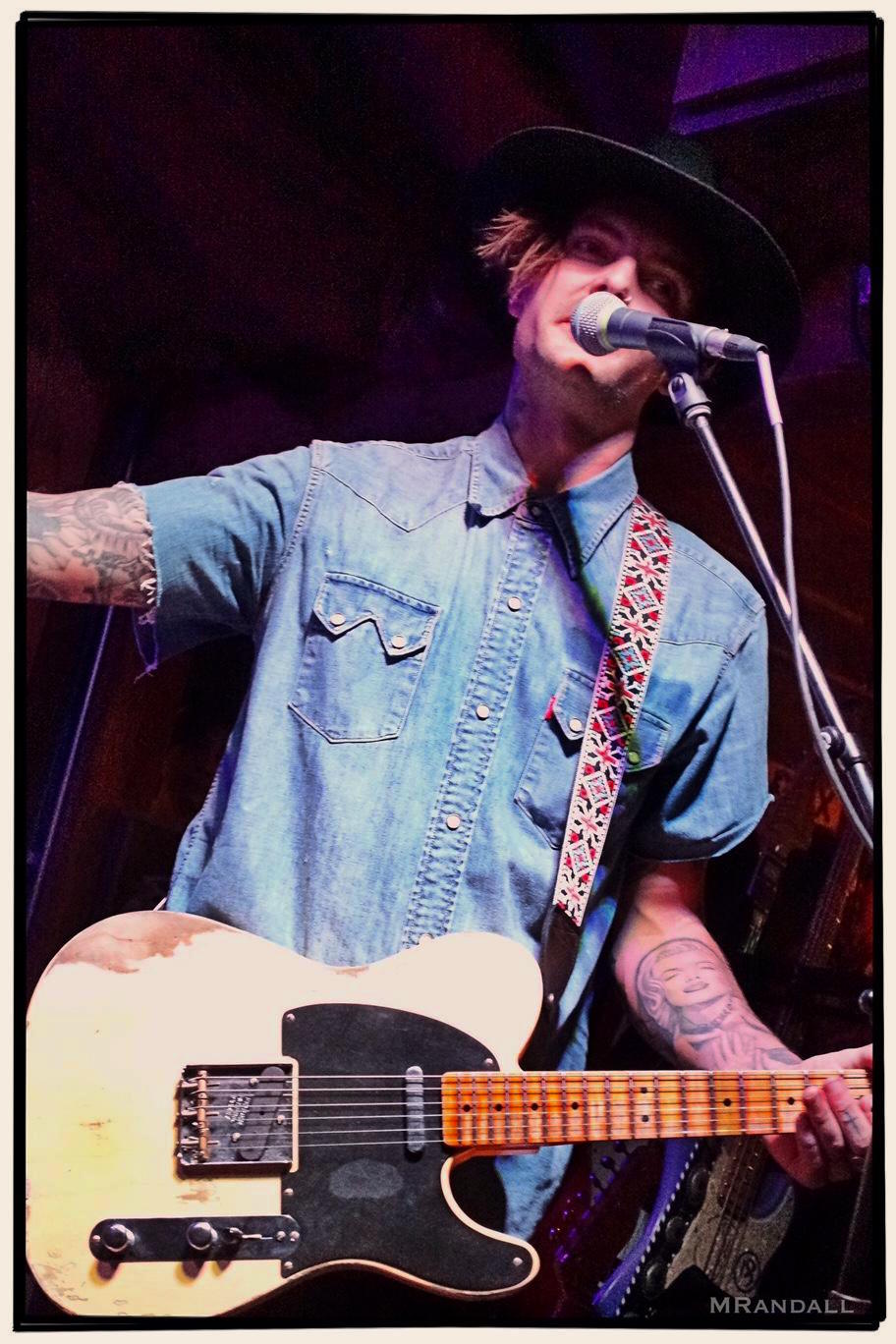 Don’t Say You Love Me

*I’d like to give thanks to Kristen and Leslie, two young ladies I met at the Pappy and Harriet gig for sharing their knowledge of Chris’ and Jade’s music.