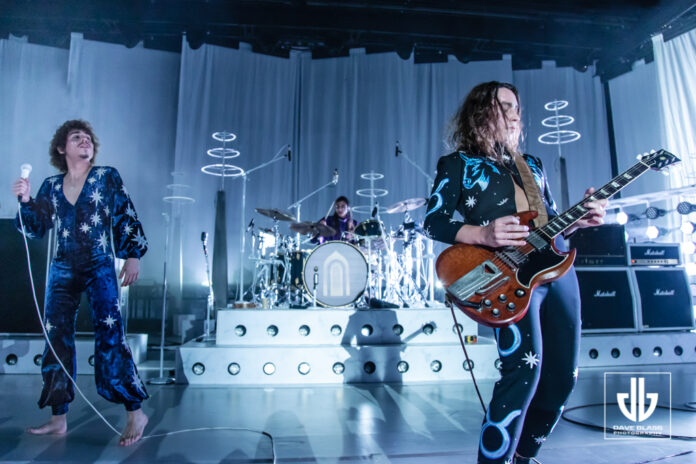 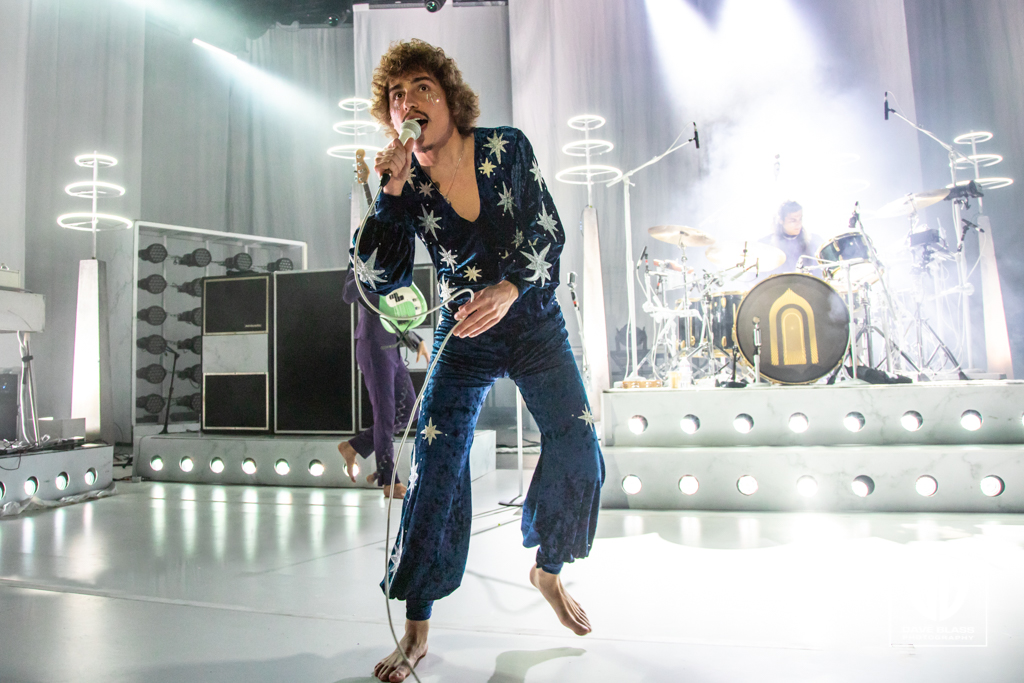 Greta Van Fleet surged into Los Angeles to close out October with two sold out shows at the Greek. Their set highlighted the band’s second album “The Battle at Garden’s Gate” and dripped with a classic 1970’s vibe. If you ever wondered what it must have been like to catch Cream or Deep Purple back in the day, this is your chance. After two outstanding sets by opening bands Devon Gilfillian and the Marcus King Band, the headliner’s white on white stage was revealed along with vintage Super-8 footage of the band, setting the tone for their powerful two hour set. 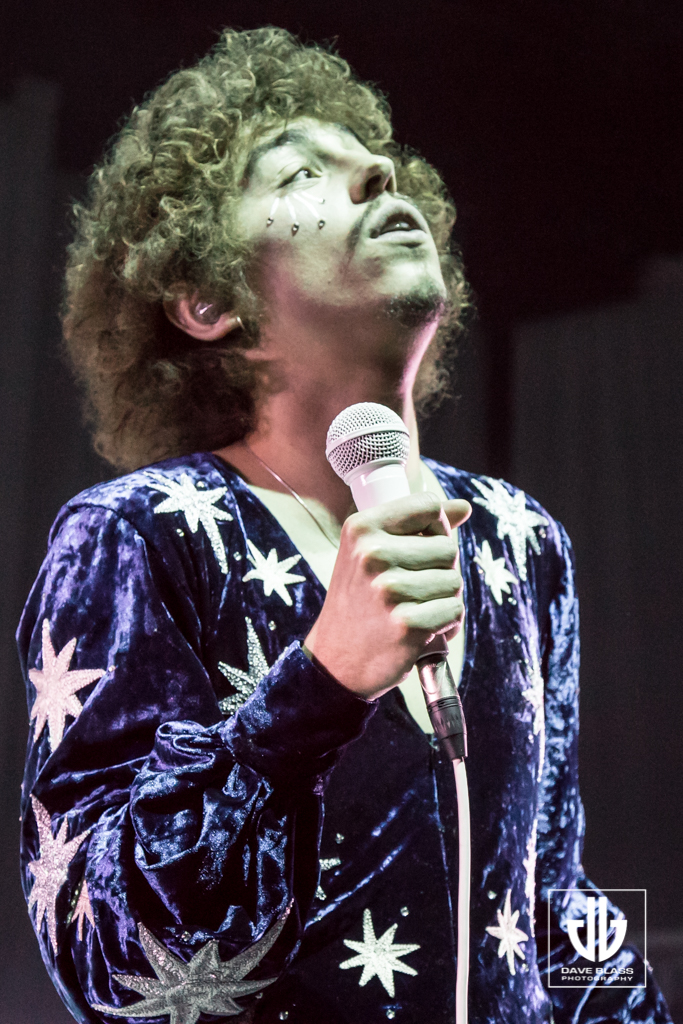 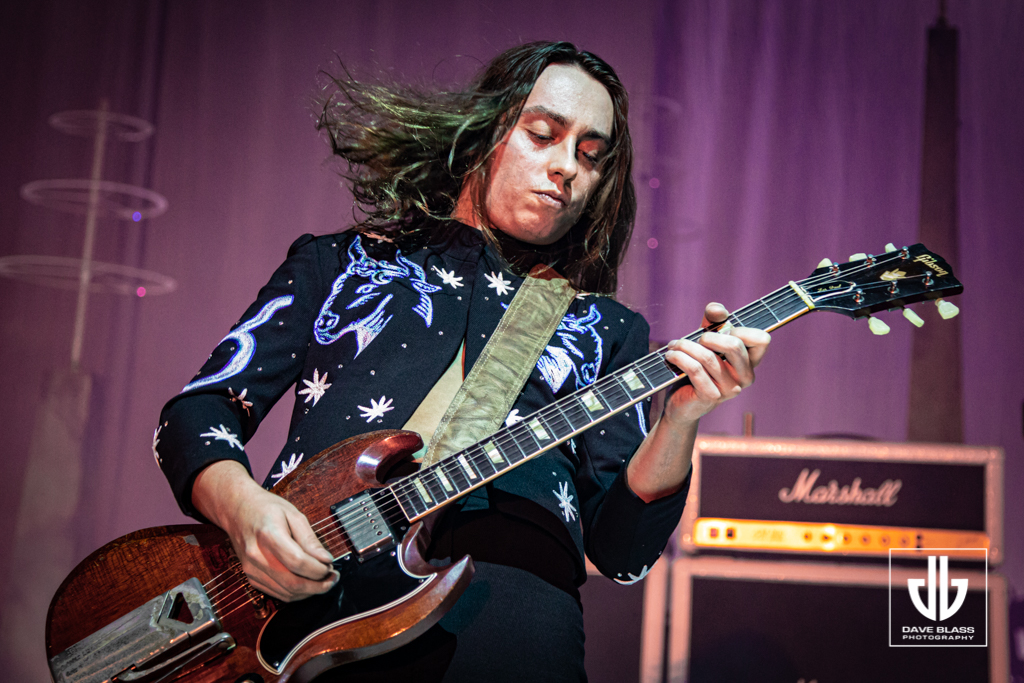 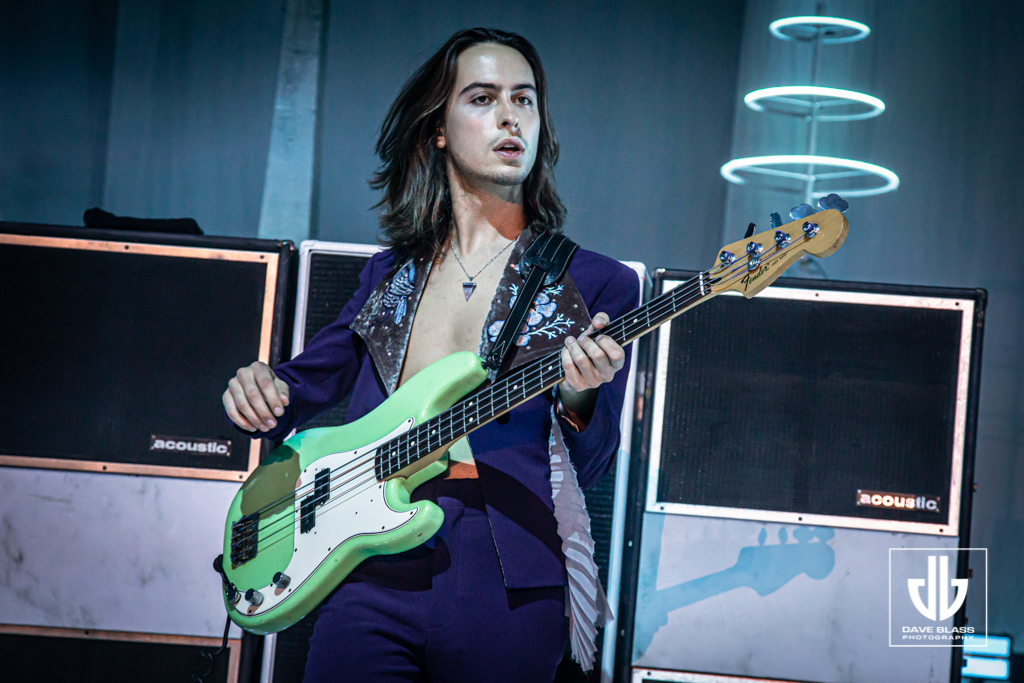 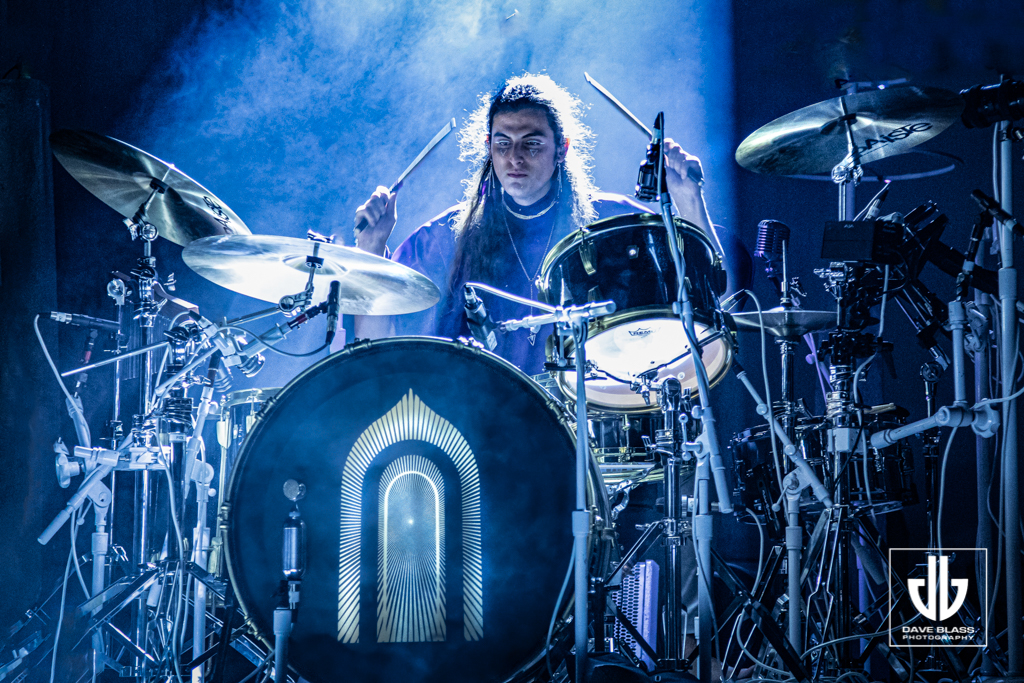 The Kiszka brothers + Danny Wagner from Michigan took the stage with Sam kicking off “Heat Above” with rousing keyboards blending with a searing guitar intro by Jake ripping the audience into a frenzy before front man Josh launched into it the powerful vocals. 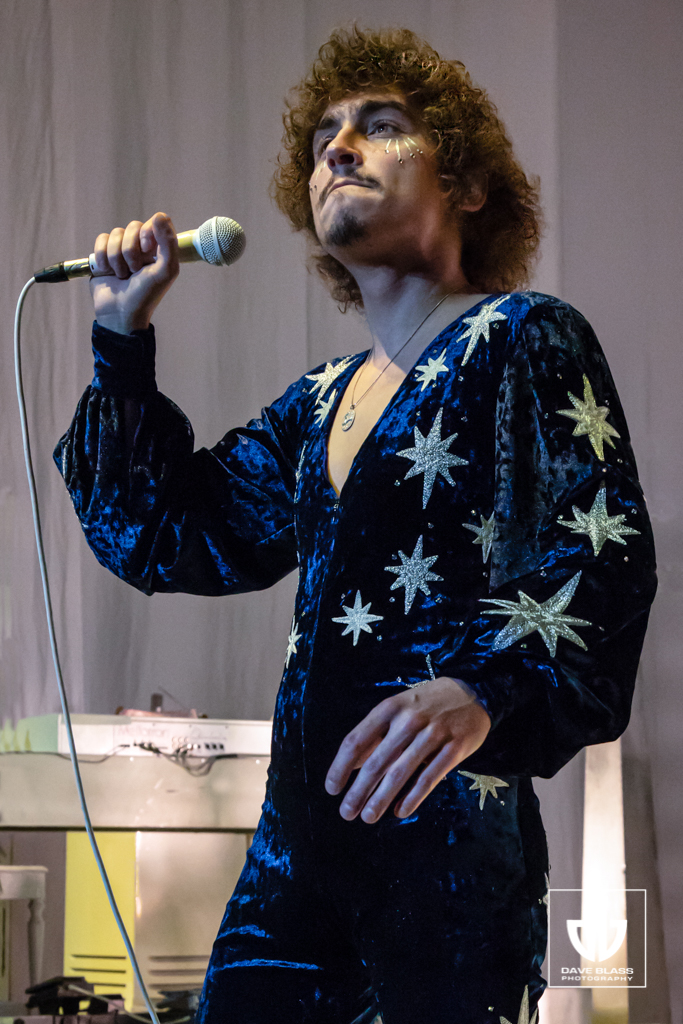 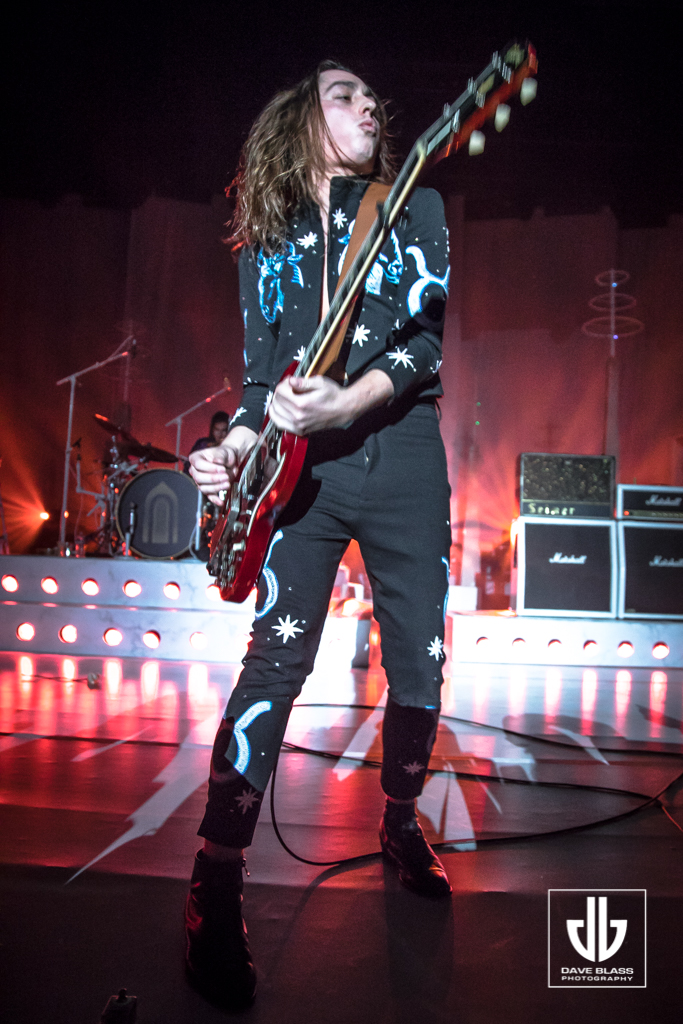 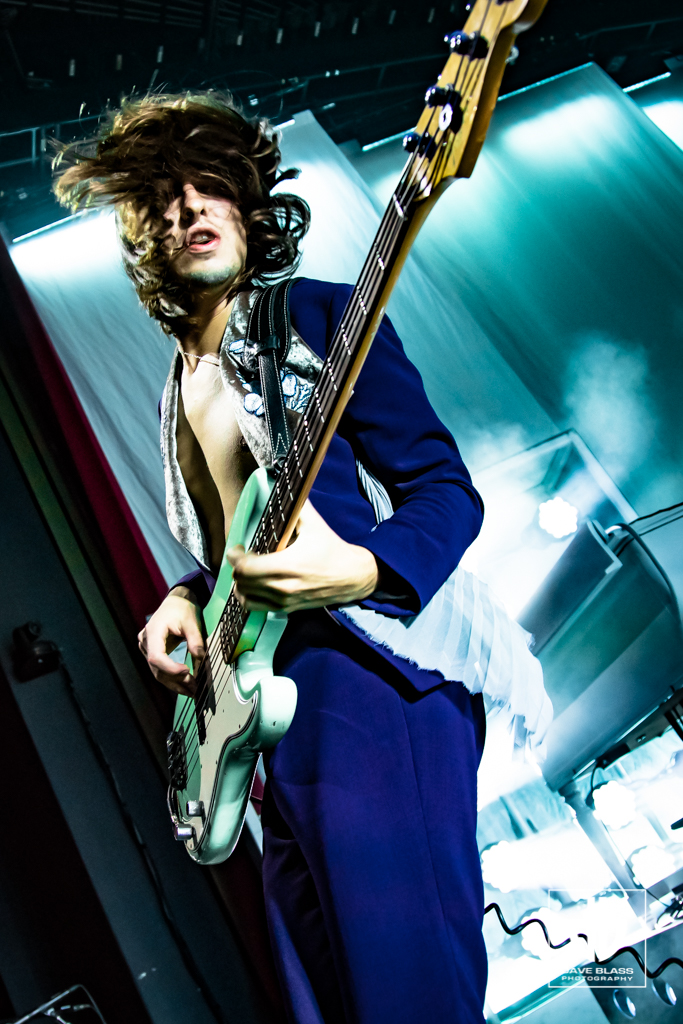 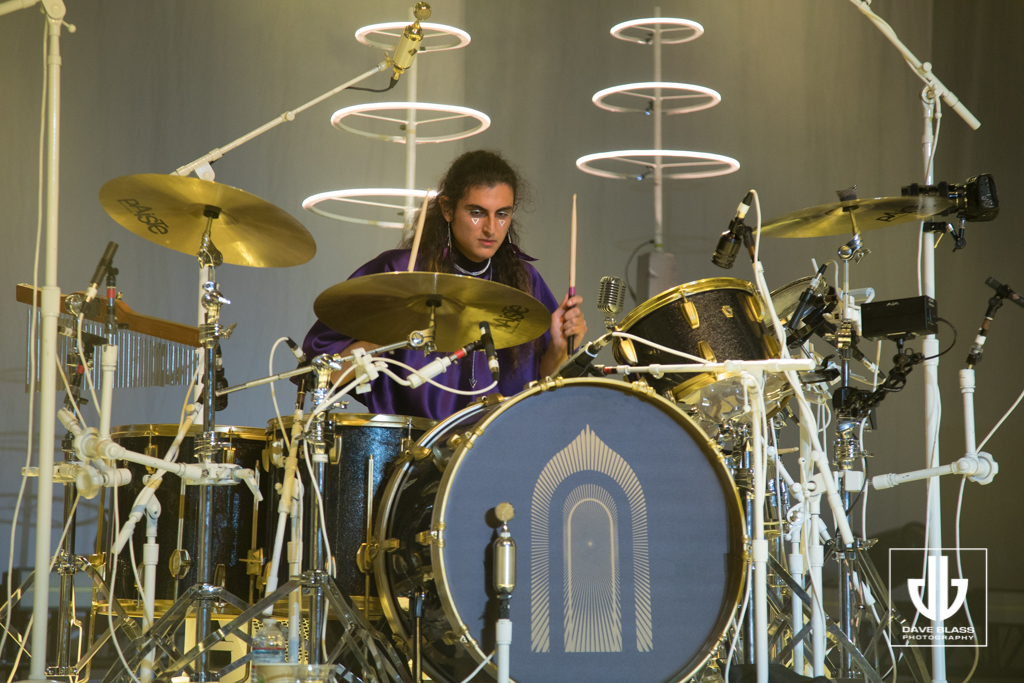 The comparison of Greta Van Fleet to early Led Zeppelin is easy to see and hear, and they lean into it in a good way. From the wardrobe to the melodic fades, they capture the essence of the bands from that era, but with the passion and energy of invigorated youth.

The Robert Plante-esque vocals of Josh Kiszka are well matched by Jake Kiszka on guitar who steals the show with his searing riffs and extended solos. The brothers are tight, and drummer Danny Wagner’s casual demeanor behind the kit was diametrically opposed to his powerful attack of the driving, rhythmic heartbeats coming from his kit  as he set the pace. 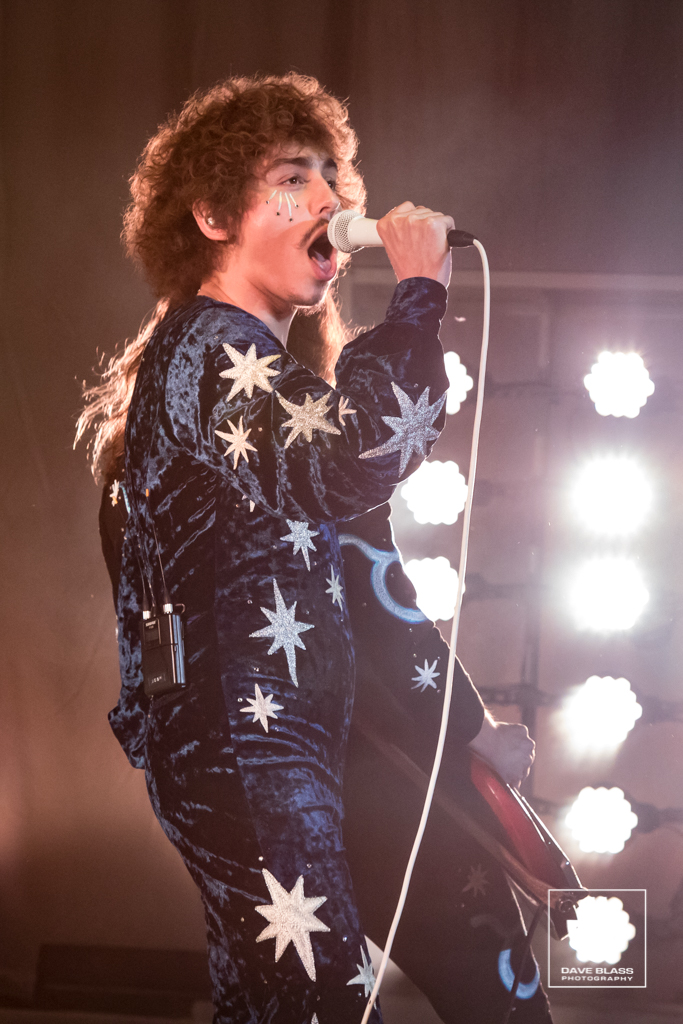 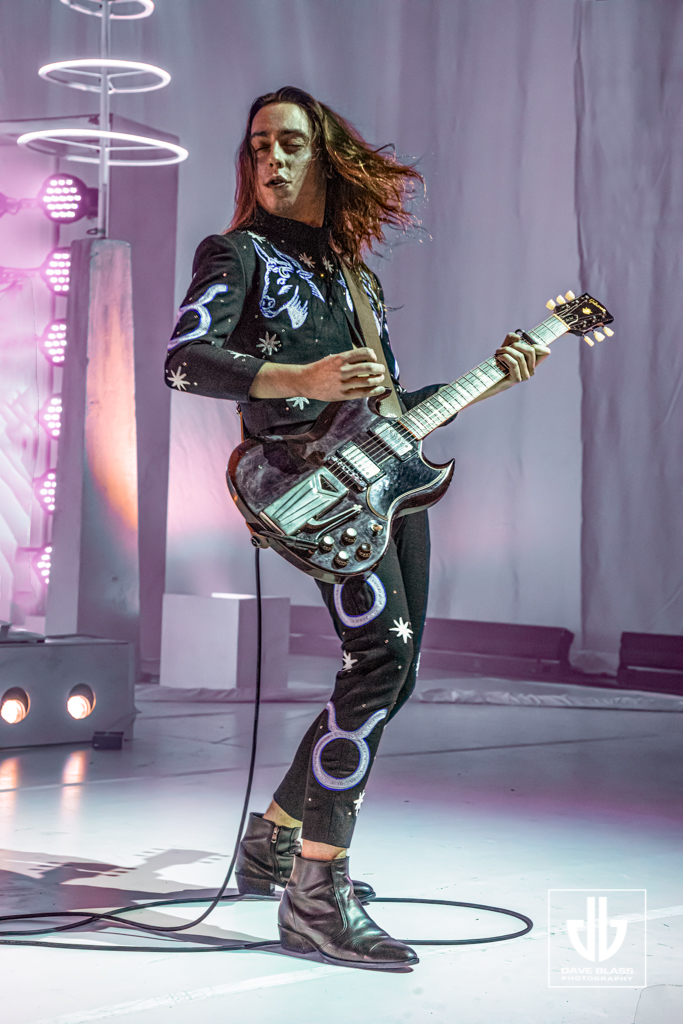 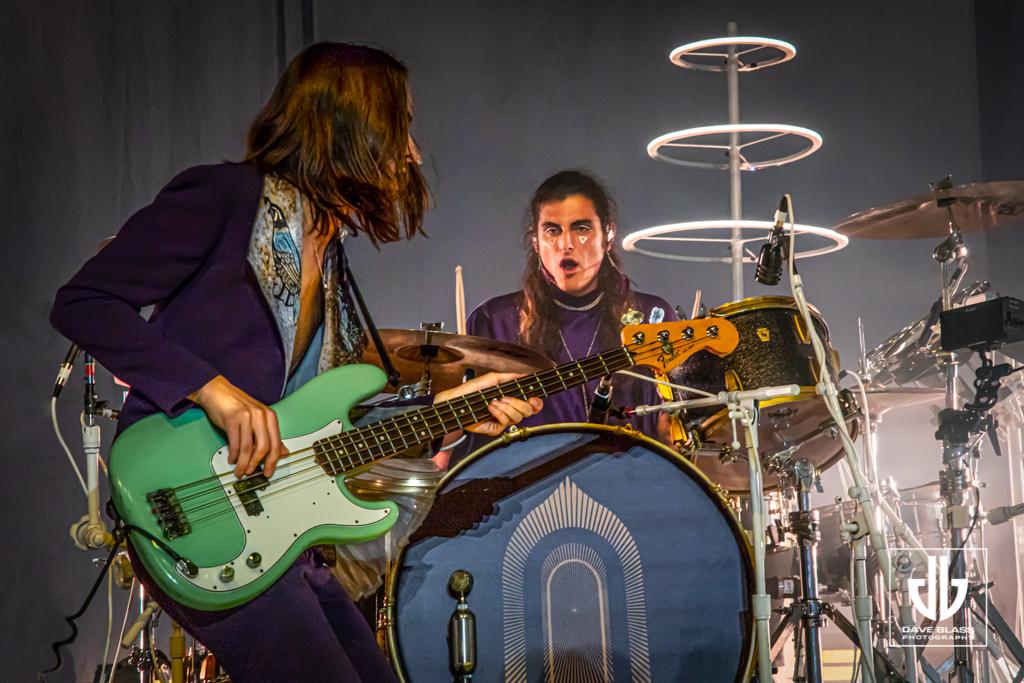 The band dramatically switched up their set list from the night before as they know their crowd of devoted followers are growing exponentially and many in the front row were seeing the band for the 2nd night in a row. It’s clear that this band is going to be huge and stadium shows are right around the corner. As they launched into “When the Curtain Falls” you could get the sense that the band had completely captivated the audience and transported them into another era. They bounced for hours singing along to “Safari Song”, “Caravel” and slowing down for the almost hypnotic “Age Of Machine”. They kept the energy flowing right up till the final Encore of their groundbreaking Grammy Nominated track “Highway Tune”. 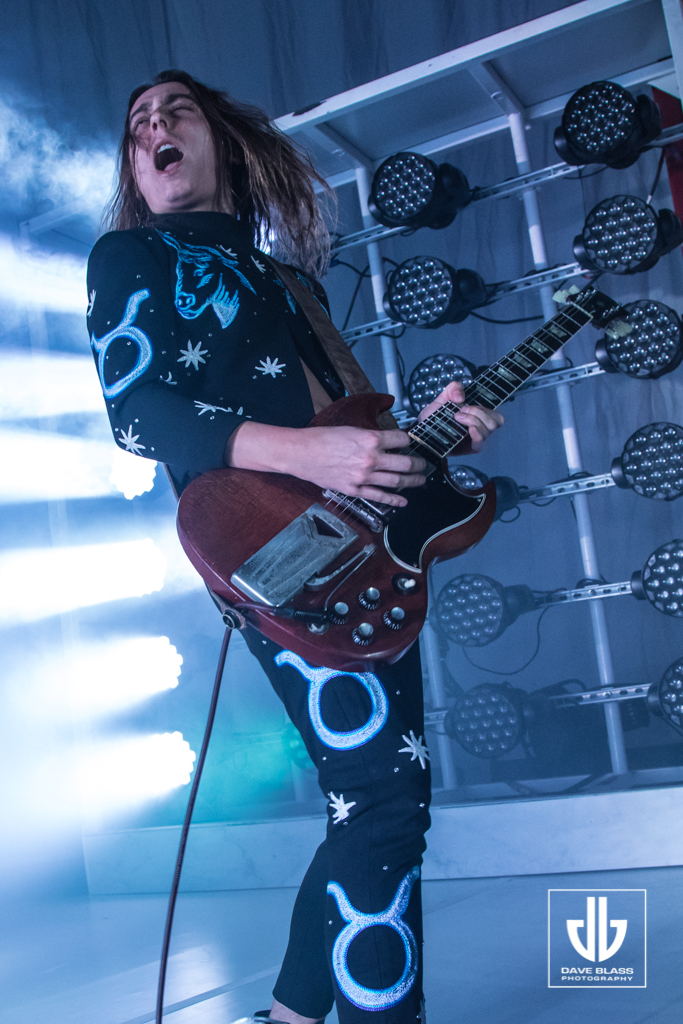 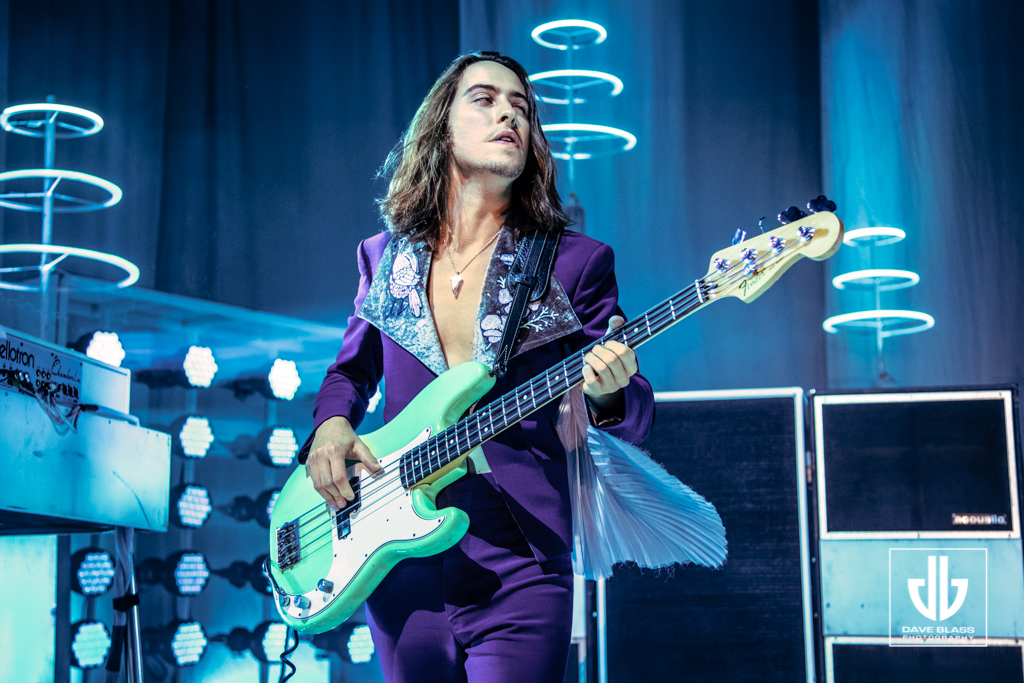 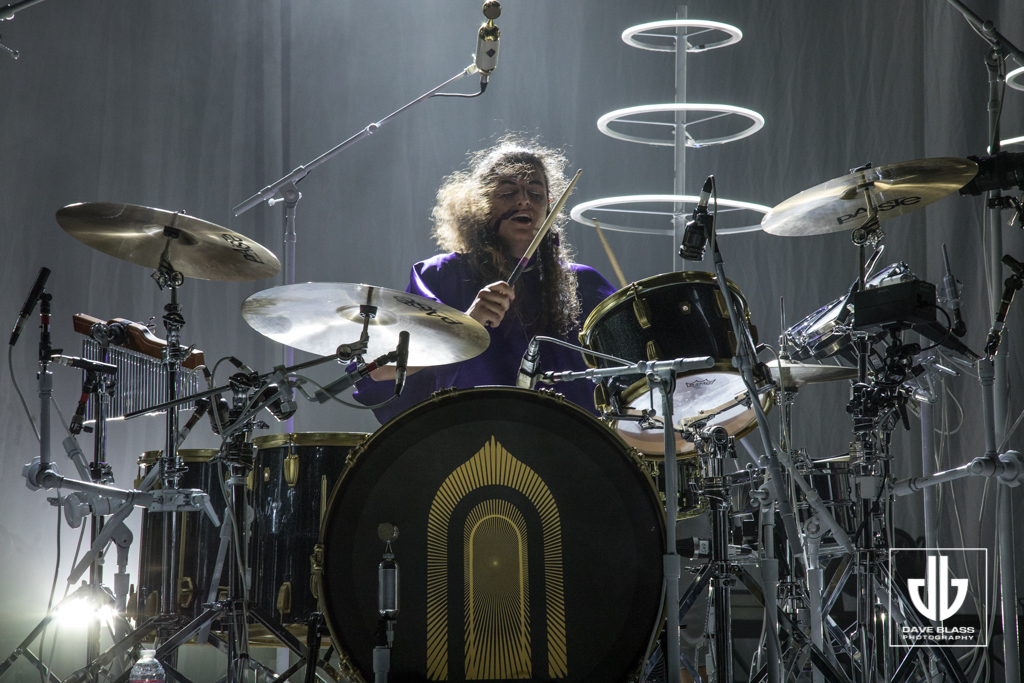 It’s not a question of IF but WHEN for Greta Van Fleet. Filling the void in the Rock category, they are poised to become one of the biggest bands in the world, and now is the time to see them.