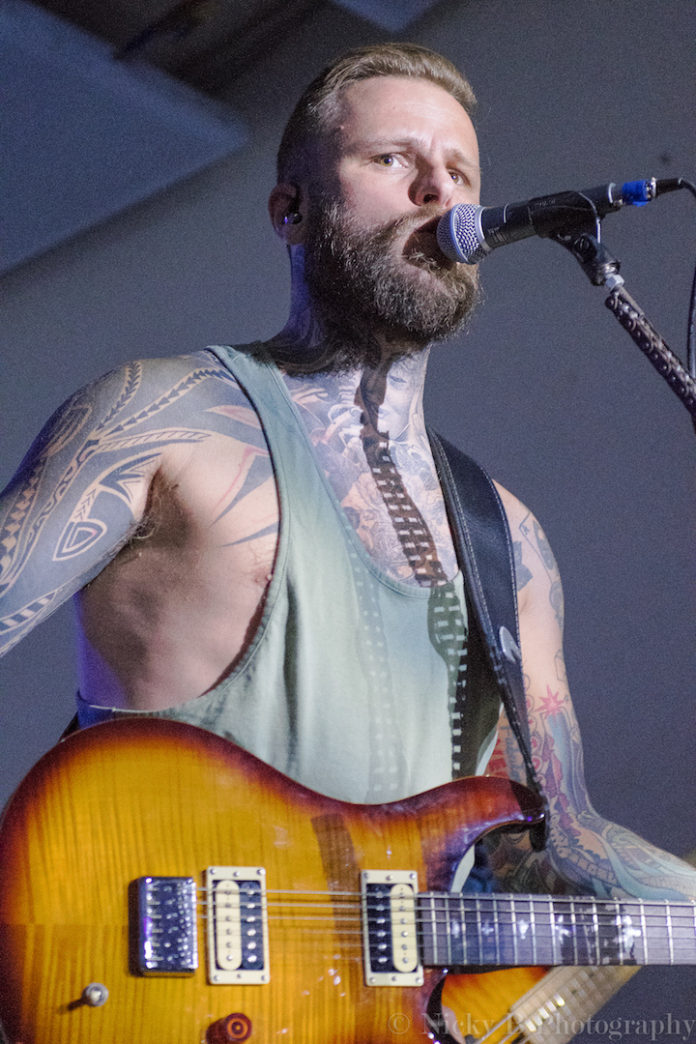 The Corporation has a couple of rooms ranging from a capacity of 500 to smaller intimate rooms accommodating around 180.  Tonight’s show was held in the smaller room.  A lovely, dark, chilled room with an area filled with leather sofas should you chose to sit with your beer and enjoy the live music in comfort.

The room quickly started to fill up ready for tonight’s support.  A five-piece band from the West Midlands called Piston.

I was unfamiliar with the band who have toured with the likes of Sebastian Bach, The Quireboys, Love/Hate, Whitesnake and Def Leppard, to name but a few.  They have had excellent feedback from all their shows, so I was very much looking forward to seeing them.  The band are:  Rob Angelico (Vocals), Jack Edwards (Lead guitar), Luke Allatt (Guitar), Brad Newlands (drums) and Stuart Egan (Bass)

Piston came out on to the stage with no airs and graces and cracked straight on with their set.  I knew instantly I was going to enjoy them.  Deep, bluesy riffs and gritty vocals.  They reminded me a bit of The Black Crowes.  They only did a short set of 7 songs which ended with a brilliant rock rendition of Tina Turner’s version of the Creedence Clearwater Revival classic, “Proud Mary“.  Piston did an excellent job of warming the crowd up for the main act and are definitely a band to keep an eye on. 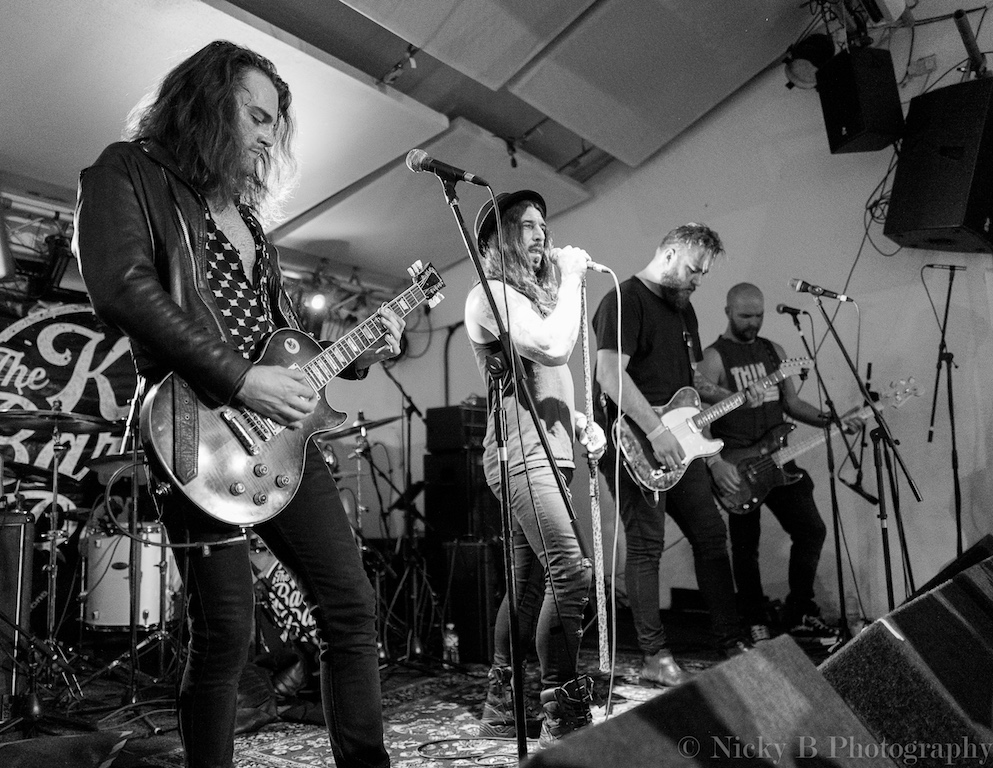 There was an excited hum echoing the room waiting for the arrival of the Kris Barras Band. The lights dimmed and AC/DC’s “Thunderstruck” rang out over the PA, followed by the theme from “The Good, The Bad and The Ugly“. 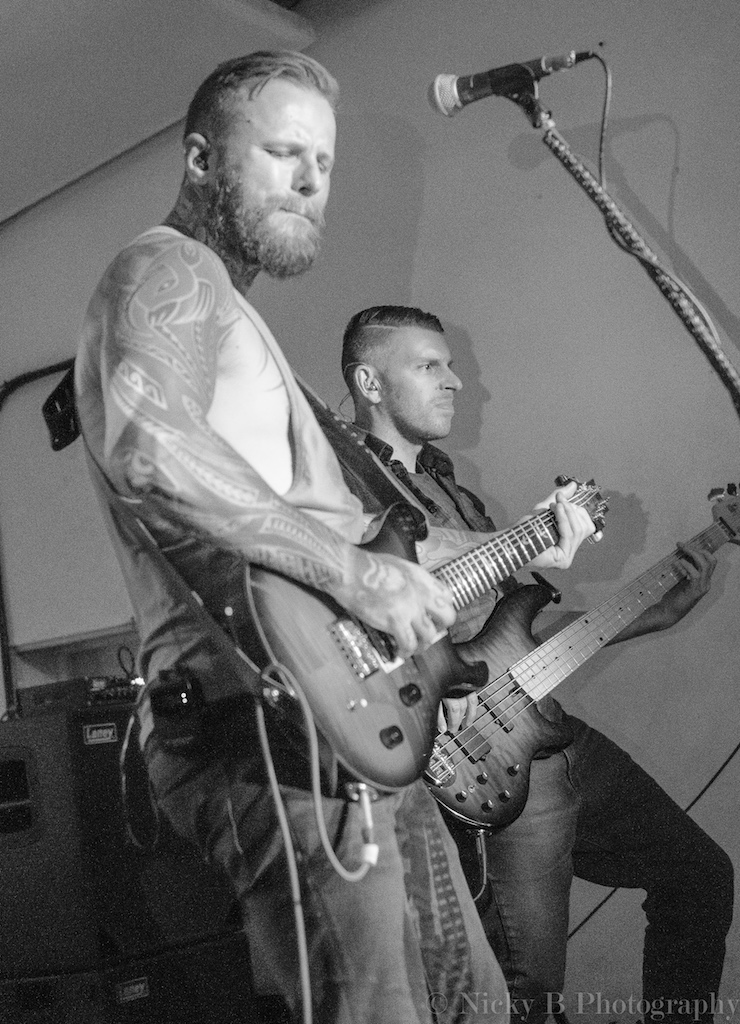 Kris Barras Band took to the stage to rapturous applause and ripped straight into “Heart On Your Sleeve“.  The ex-cage fighter’s voice is absolutely steeped in the blues.  Next up was “Kick Me Down“, a slower song, with huge soul and smoldering guitar.  Exceptional keyboard skills were showcased by Josiah J Manning as he opened the next song, “Stitch Me Up“; a foot stomping, feel good number. “Blood On Your Hands” followed with its catchy melody, before the crowd were treated to a new number, “What a Way To Go” We were told this track started life as a jam session, but evolved into a track that will appear on the bands next album, out next year. 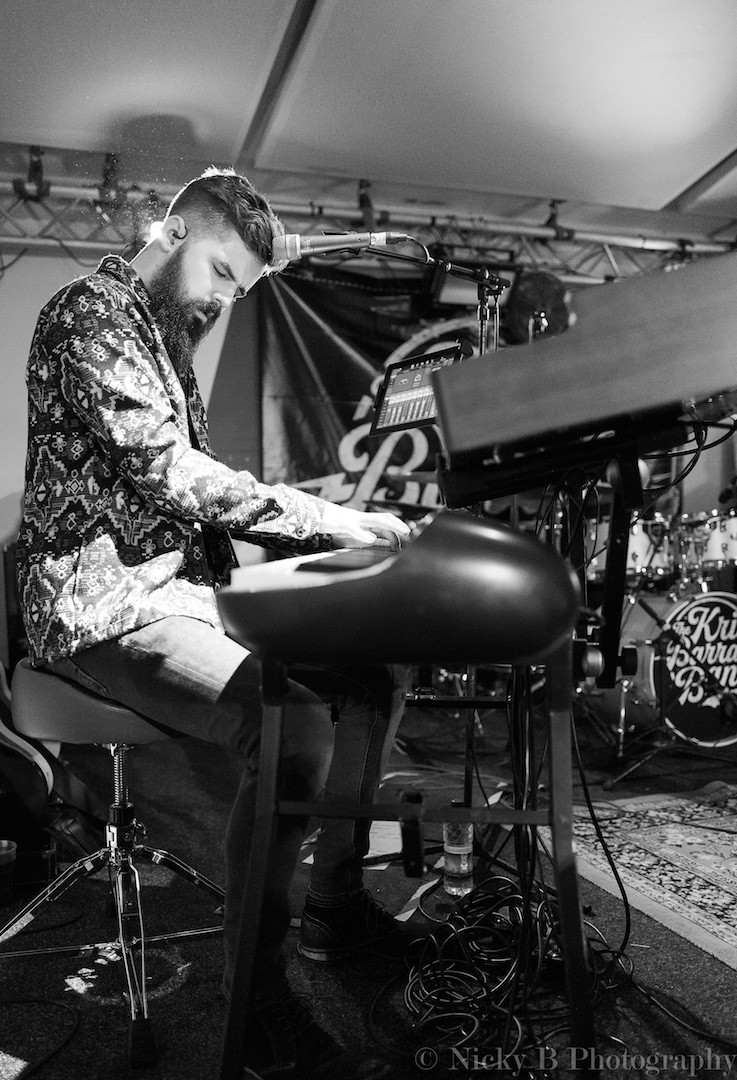 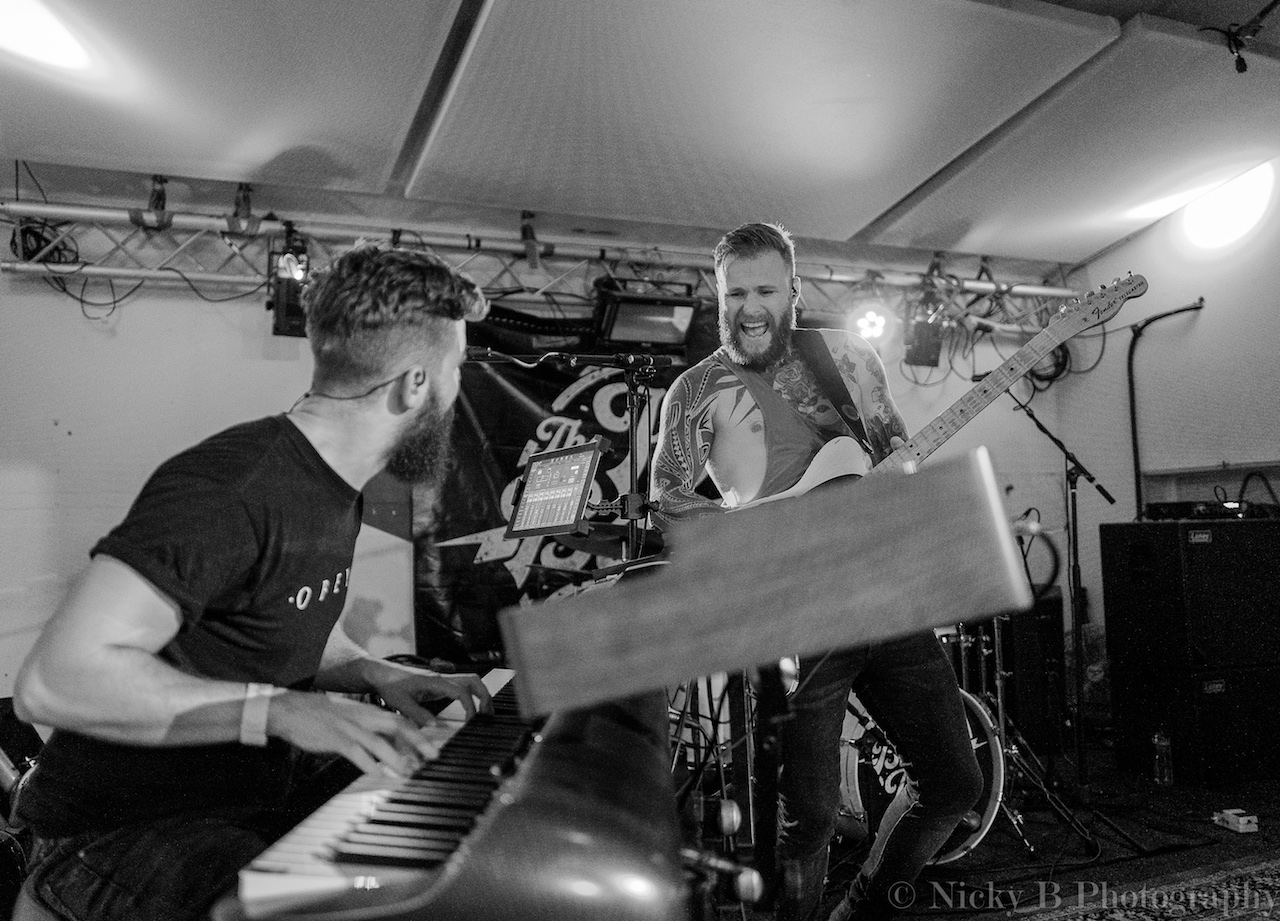 The pace went up a notch with the bands version of CCR’s “Fortunate Son”. Kris Barras has successfully managed to surrounded himself with phenomenal talent as the solos during this track demonstrated.  Next up “Propane” and then crowd pleaser “Hail Mary” that had the whole room singing along.  “Small Town Blues” was next followed by a drum solo from Will Beavis. Will is by no means a showy drummer, but he is a solid, polished performer, and clearly knows his craft well. The bass playing by Elliot Blacker was flawless as the band along with the aforementioned Josiah bounced off each other, creating nothing short of magic. Next “She’s More Than Enough” which broke off briefly into AC/DC’s “A Whole Lotta Rosie” 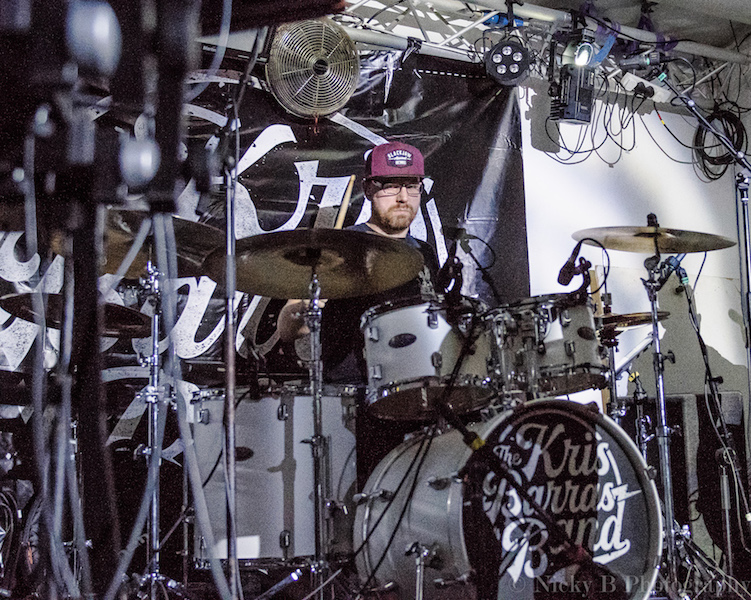 Standing behind his customized bike chain mic, Kris told us he was given his first guitar at the age of 5 by his father, also a guitar player.  Sadly, his father passed away a few years ago…the next song “Watching Over Me” was dedicated to him.  This song is beautiful. Sung with passion and emotion.  The screaming guitar solos are on another level and are simply stunning.  This song never fails to make the hairs on my neck stand on end. 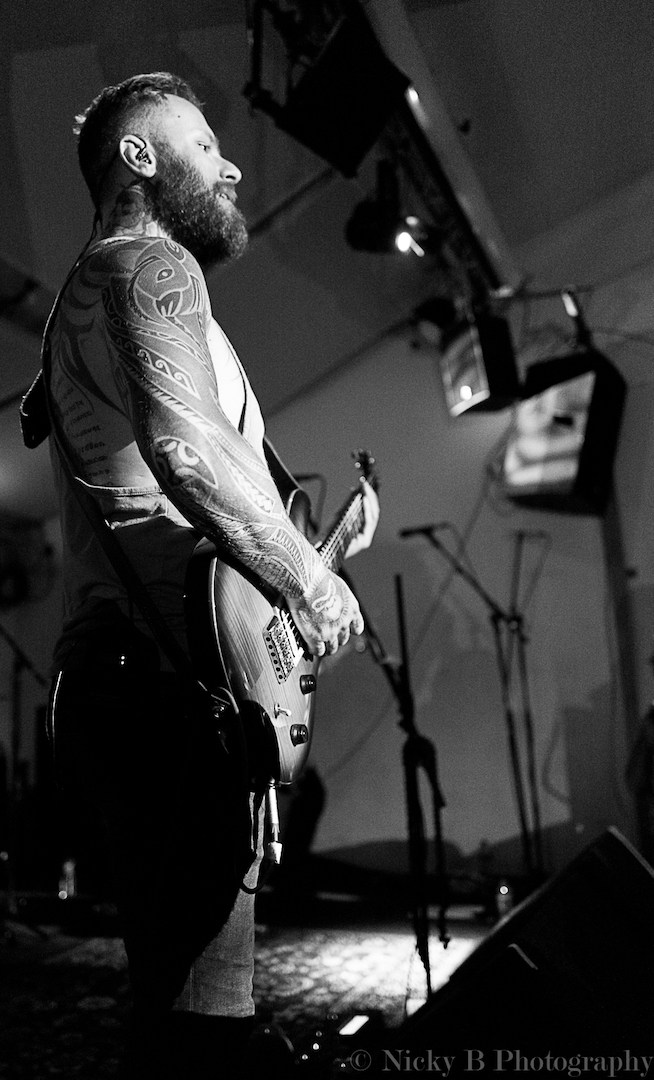 “Lovers or Losers” brought the main set to an end.  But the crowd weren’t having that and called for more as the band came back on stage to do final song, “Rock n Roll Runnin’ Thru My Veins”.  I think the roof almost lifted off the place. 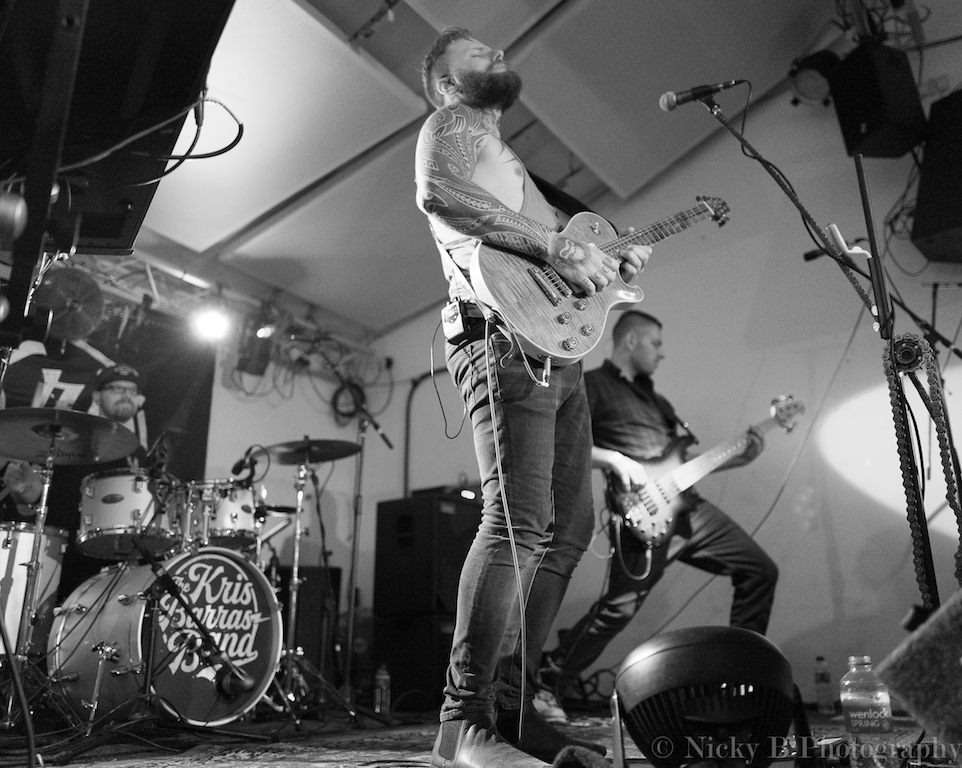 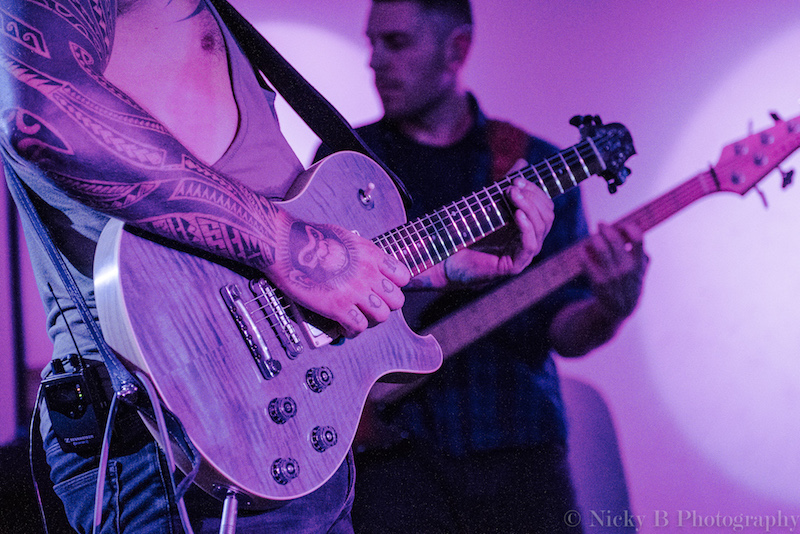 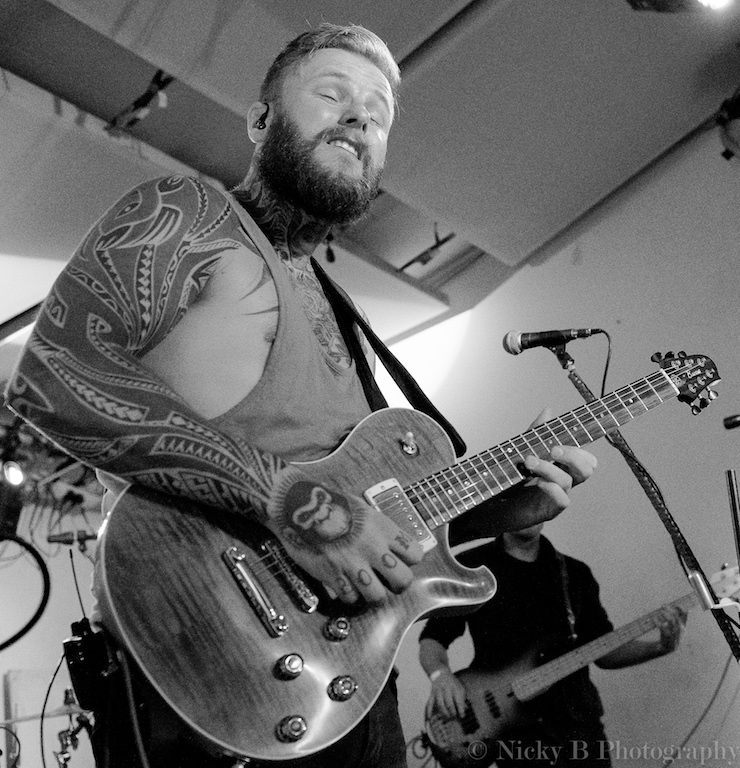 The Kris Barras Band following is rapidly gaining momentum.  Only a couple of years ago they played to a measly crowd of 20. Last week, at the same venue, they played a sold-out show to 500 fans.

The Kris Barras Band are: 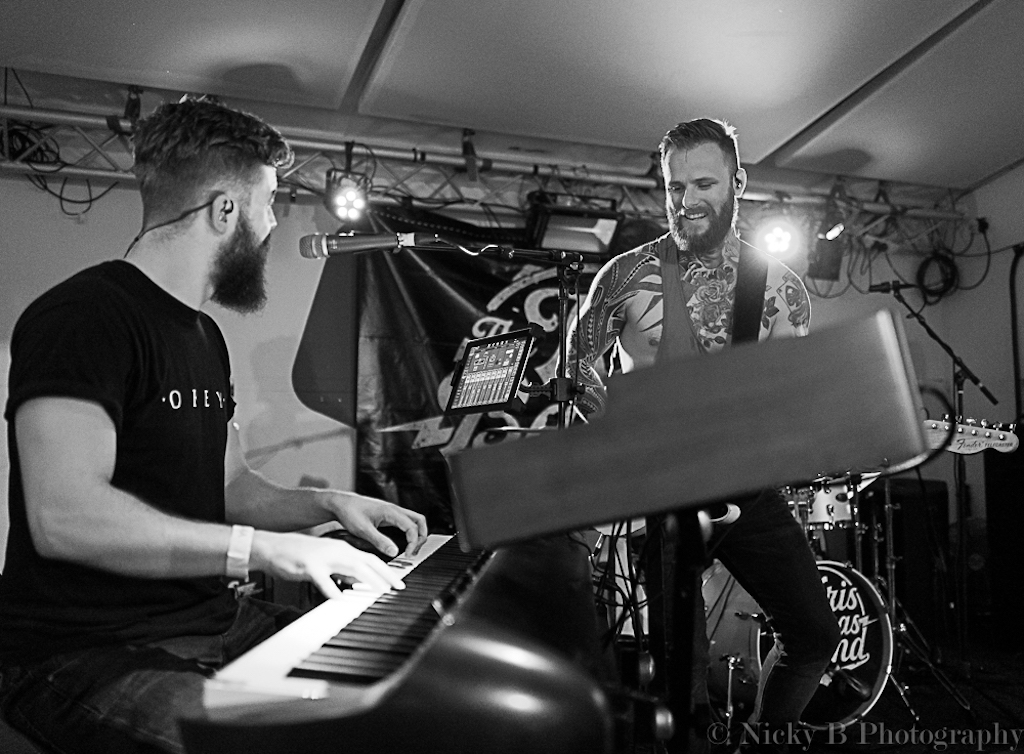 Heart on Your Sleeve

Blood On Your Hands

What A Way To Go

MEGADETH Announce Their New, Old Bassist for “The Metal Tour Of...