WordPress database error: [The MySQL server is running with the --read-only option so it cannot execute this statement] 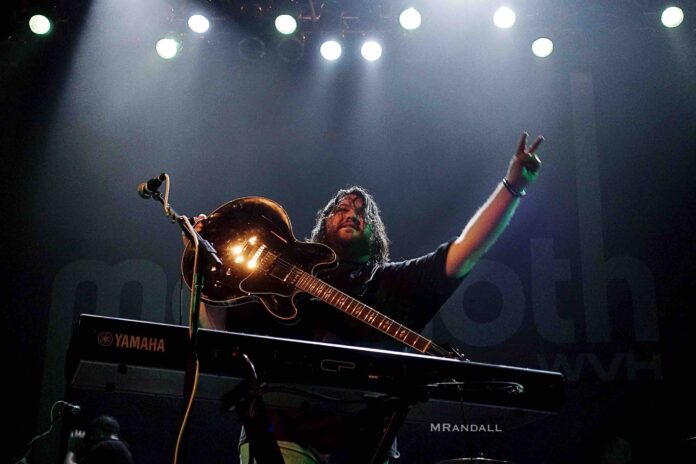 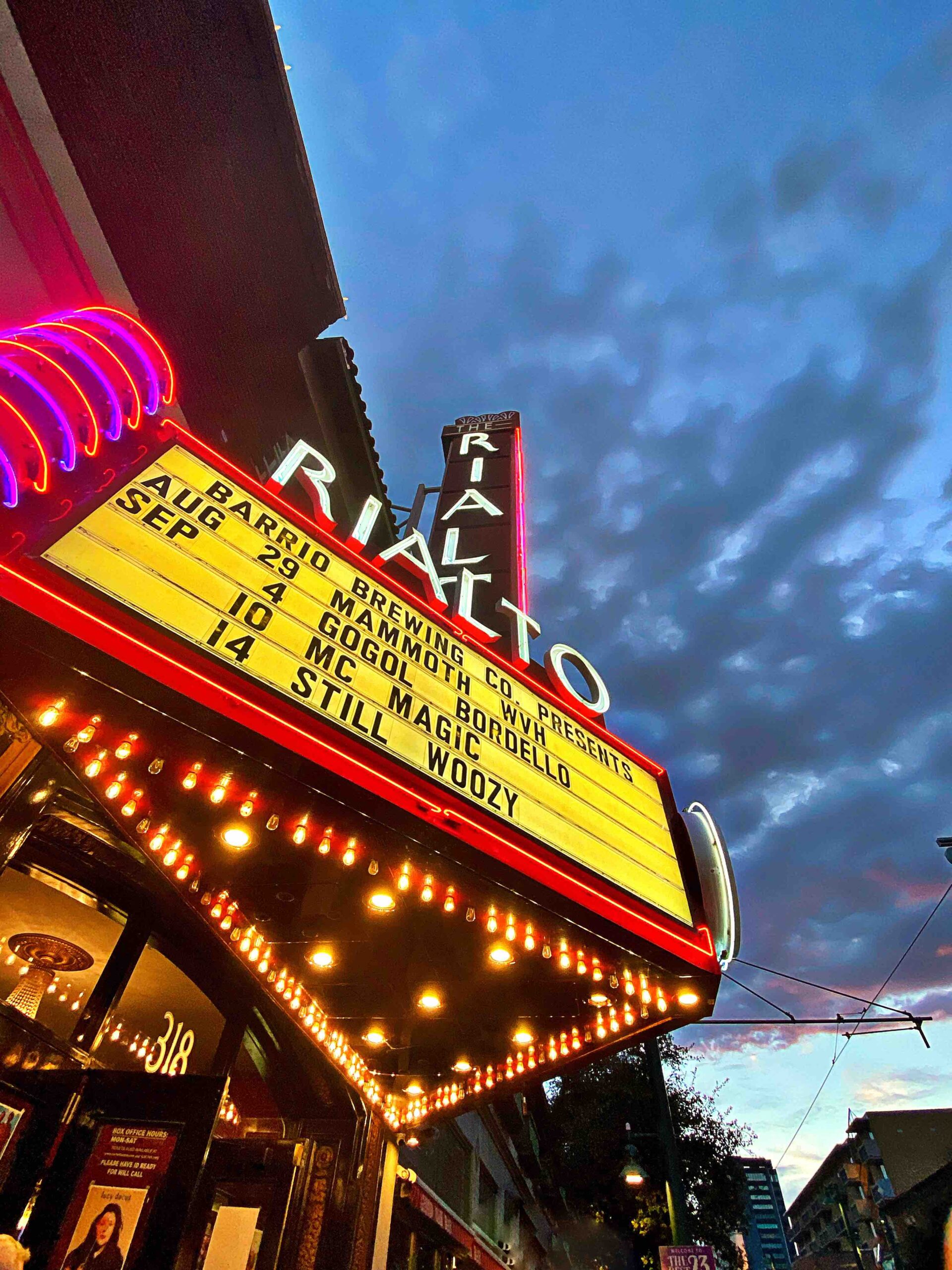 Mammoth WVH have been out on the road as the opener for Guns N’ Roses on their summer tour. The band has been taking advantage of their nights off to headline their own shows in smaller venues. One such gig was at the Rialto Theater in downtown Tucson. 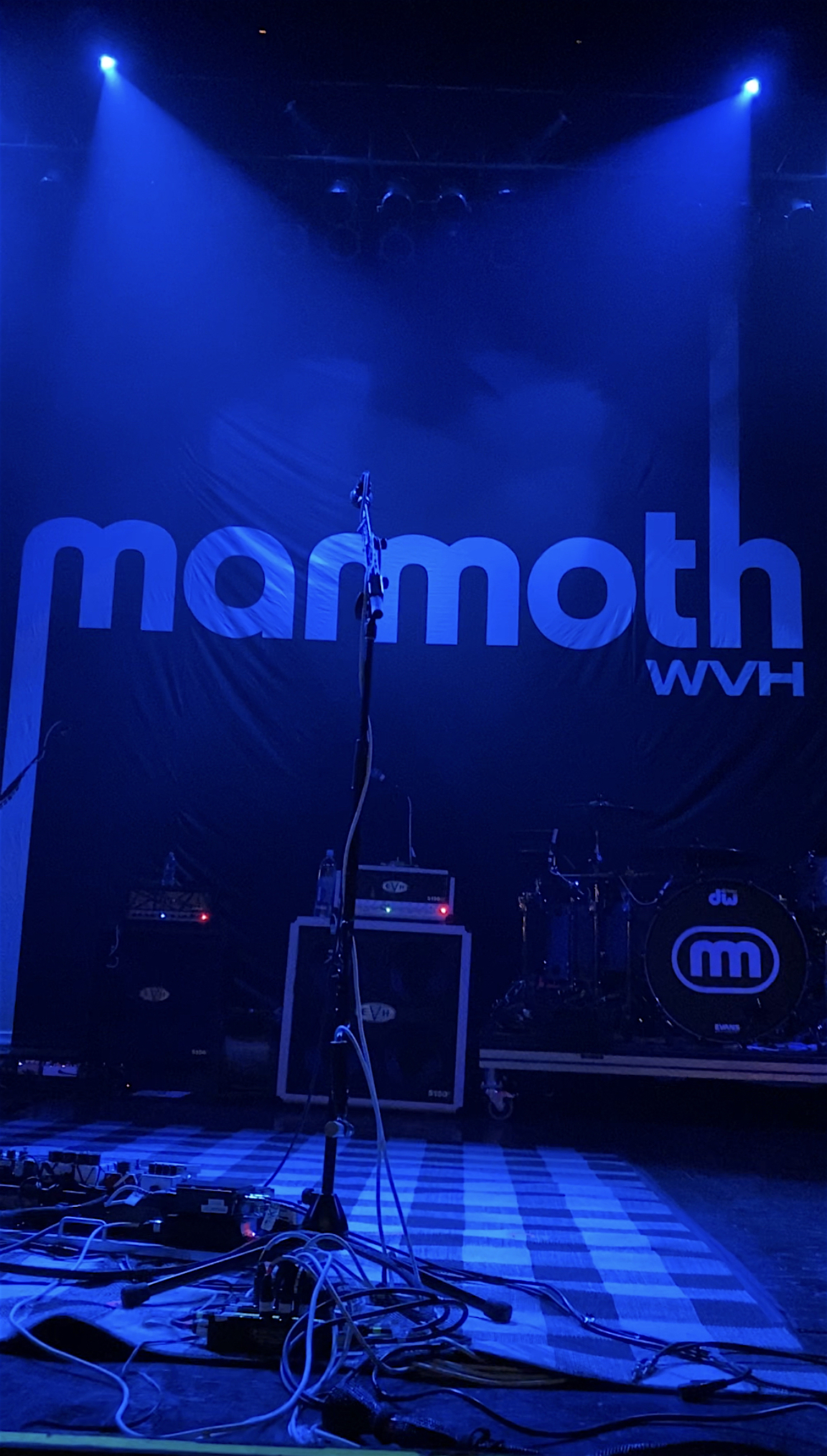 I decided to make the trek to AZ as I wanted to see the band in a more intimate setting and at that point, there were no SoCal shows. Then the gig at the Whisky was added and it immediately sold out. (I did manage to get a ticket when the show had to be rescheduled). Downtown Tucson is a pretty interesting area. I stayed in the Hotel Congress directly across the street from the Rialto Theatre. I highly recommend it 🙂 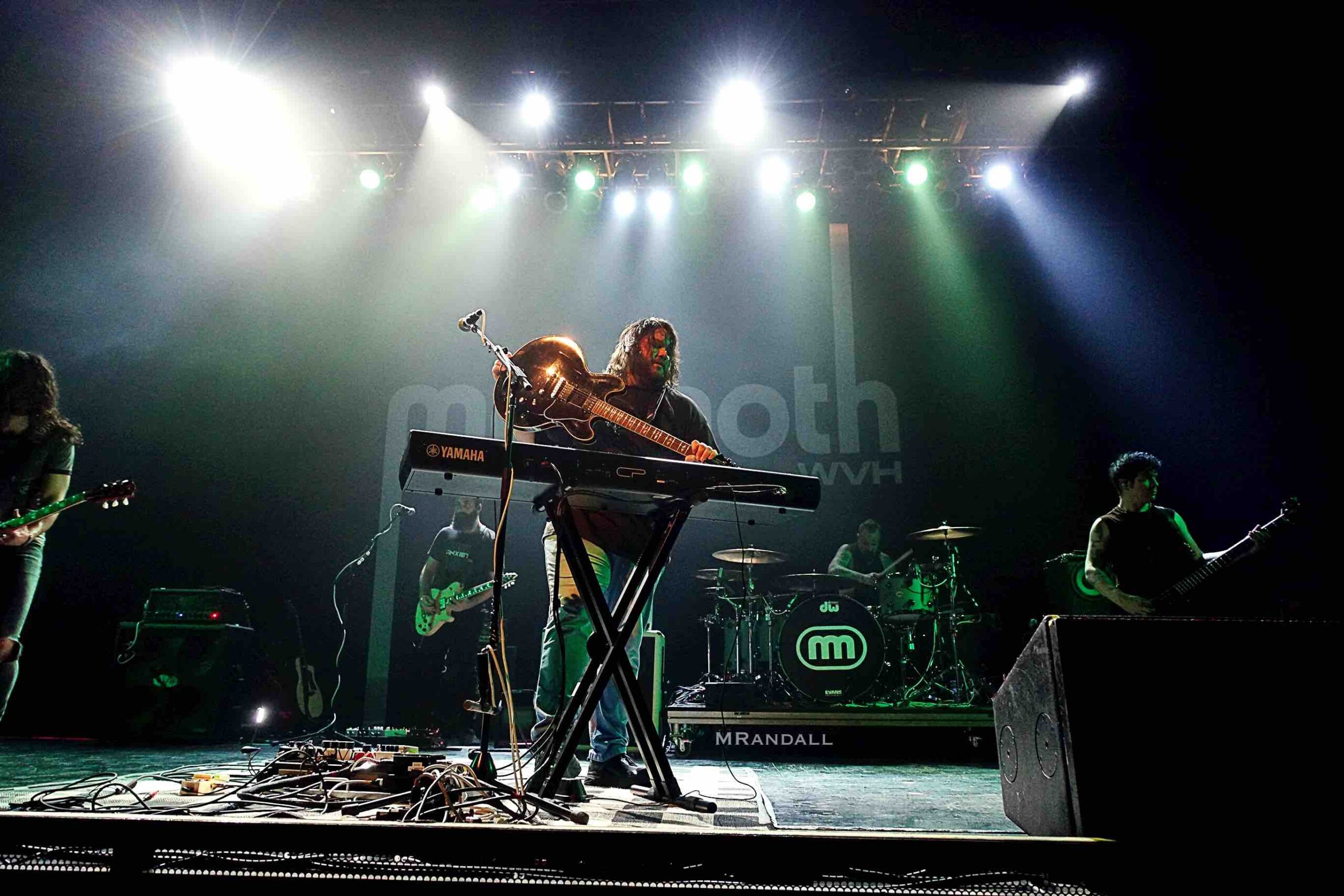 Doors opened at 7:00 and although I wasn’t first in line, I was first in the door and at the barricade. I had the “new normal for concerts” routine down, having attended the Foo Fighters Forum show only a few nights before. Vax card and ID ready and I was inside! The stage was an EVH gear head’s dream: EVH 5150 amps, EVH guitars and effects. I got a little emotional seeing the giant Mammoth WVH back drop. (Mammoth having been the name Van Halen went by before settling on Van Halen.) 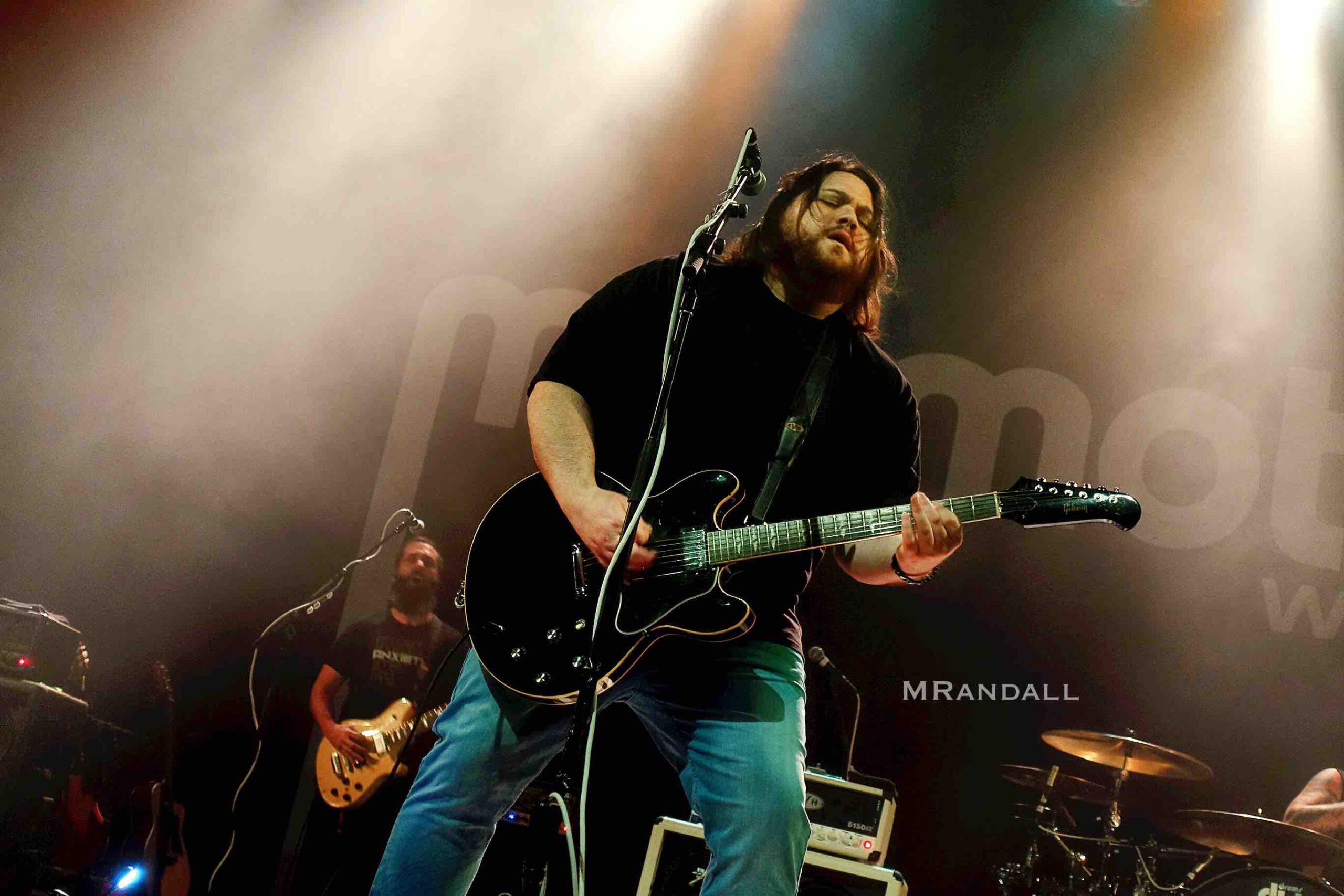 The audience was definitely populated by Van Halen faithful, judging by all the VH tour t-shirts. As 8:00 pm came and went, the crowd around me was growing a bit impatient. One guy yelling out, “C’mon, Wolf, put the cookies down and get out here!” I’ll never understand how people that proclaim to be die-hard EVH fans can disrespect his son or find fault with him for not being his dad or for not playing his dad’s songs.  If you follow Wolf on any of his socials you know this is what he has to deal with. But his sarcasm is cutting. Admittedly it is entertaining to watch Wolf go after the trolls. 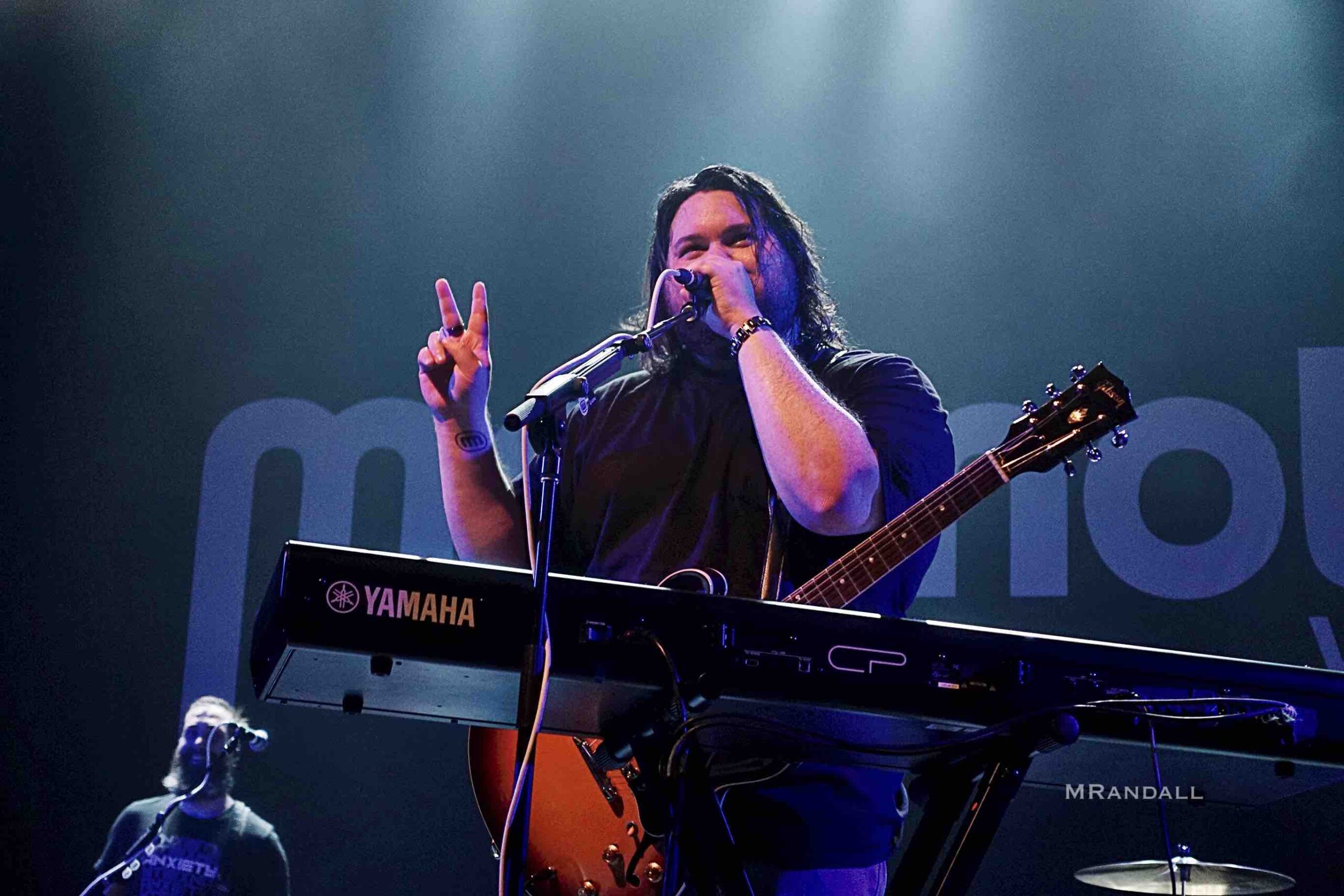 At 8:30 Mammoth WVH hit the stage and I didn’t hear any trash talk after that. First song out was the heavy “Don’t Back Down“, a song that would be right at home on any NFL or NHL broadcast. The set-list was comprised of all the songs on the debut Mammoth album. The band threw in the song “Talk & Walk“, a bonus song on the Japanese version of their album. After that was “Think It Over“, which Wolf introduced as his dad’s favorite. 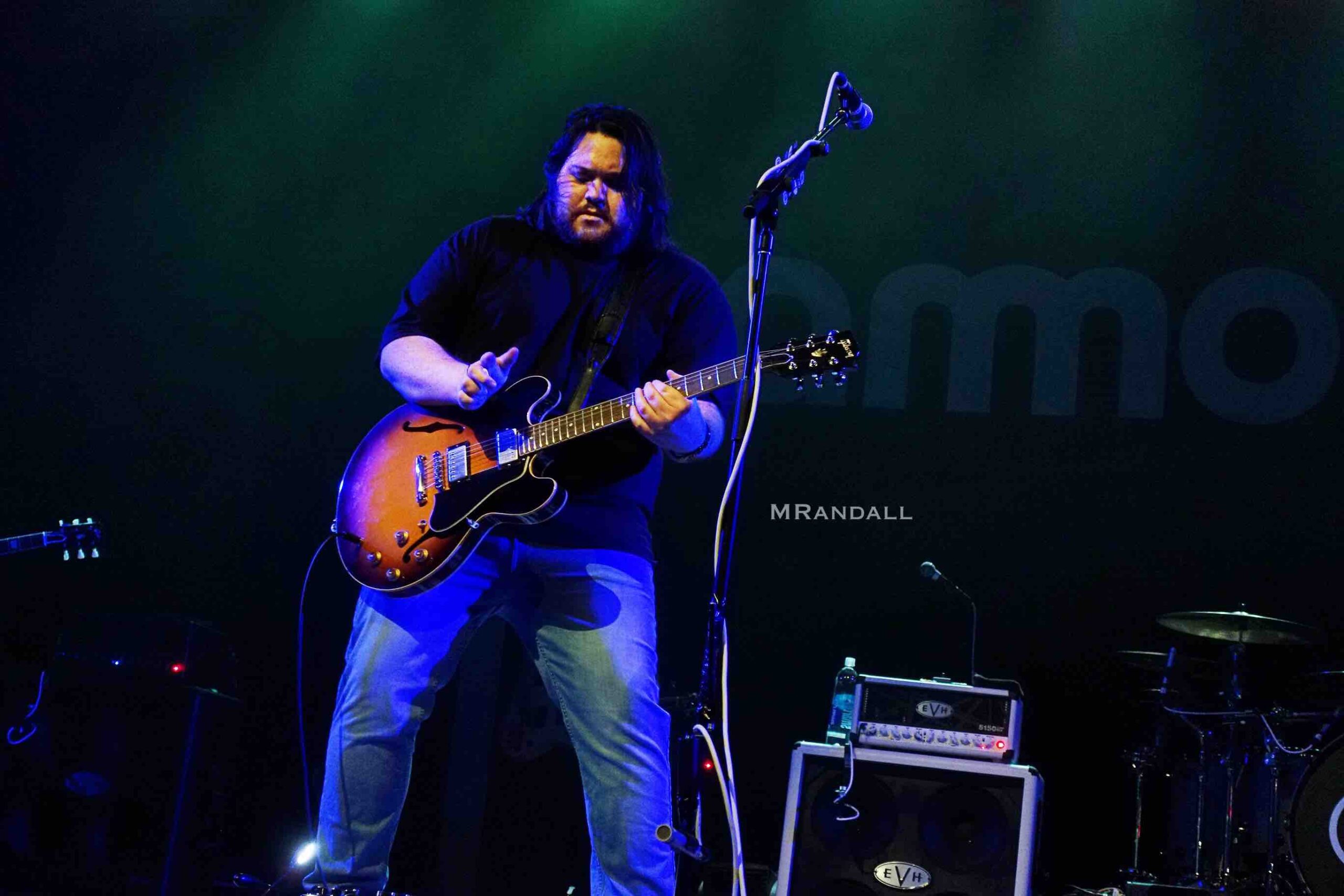 The band is incredibly tight with Frank Sidoris on guitar and Ronnie Ficarro on bass, drummer Garret Whitlock, and sequestered in the back was Jon Jourdan on guitars. One cool moment was the interplay between all three guitarists during the song “You’ll Be the One“. 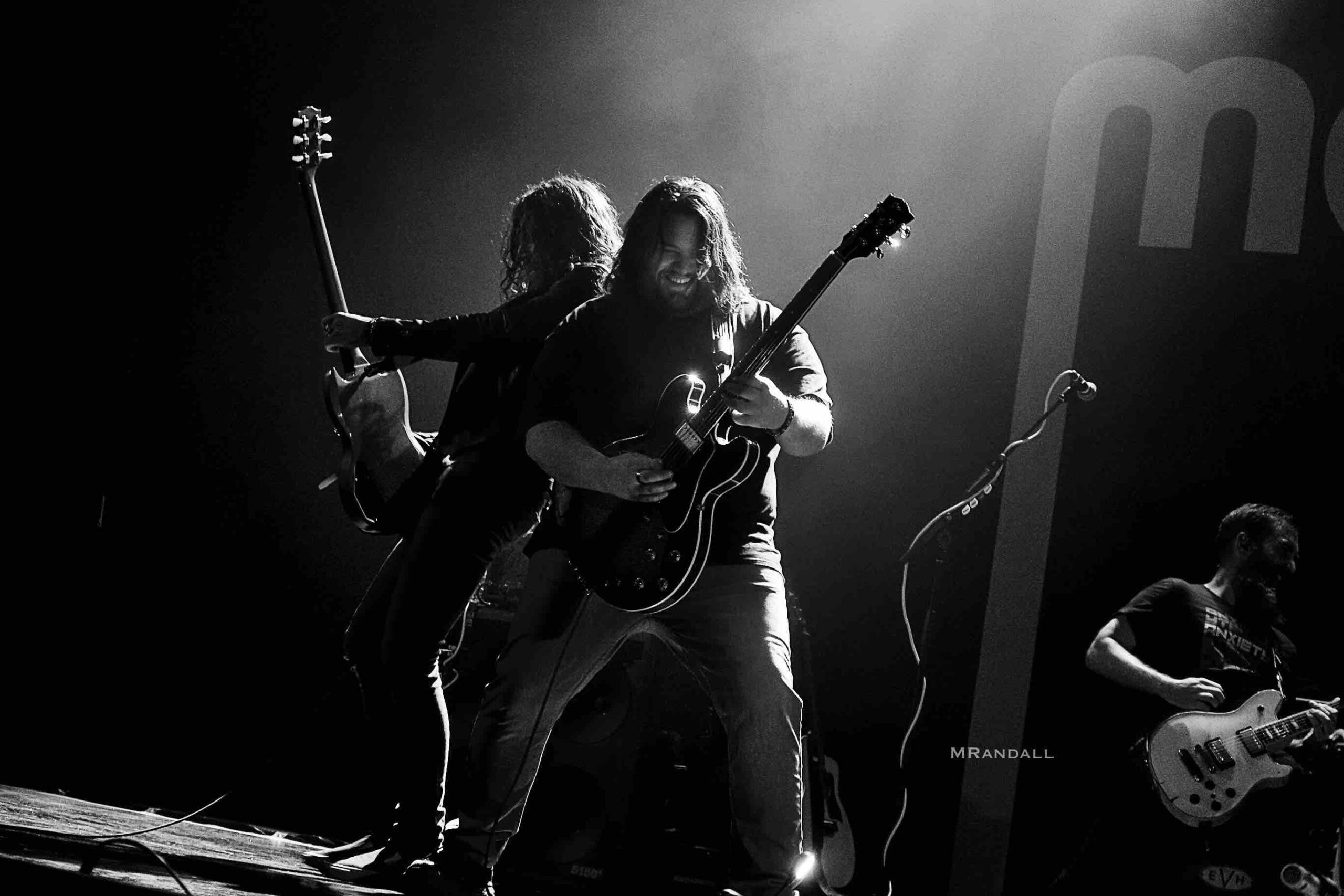 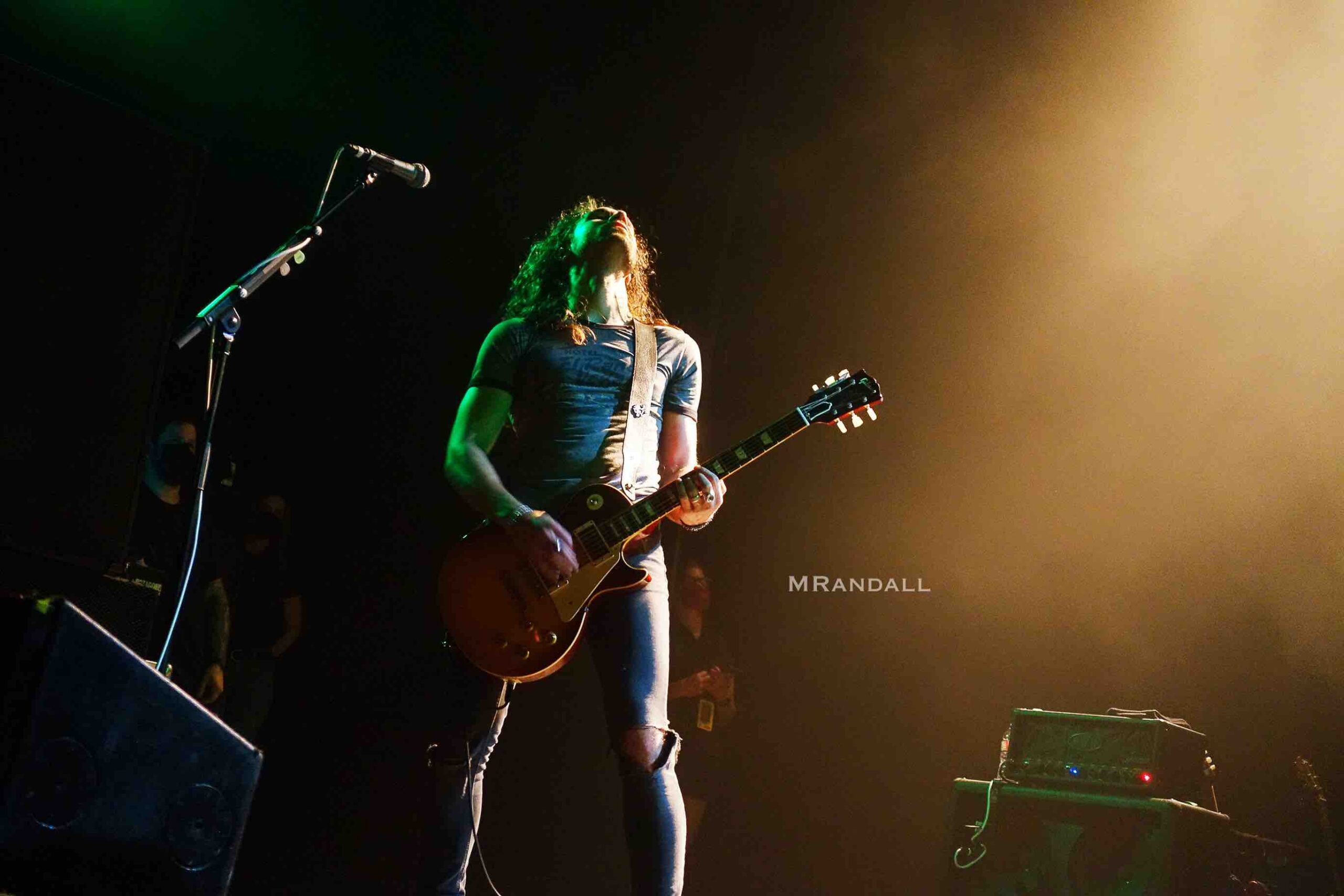 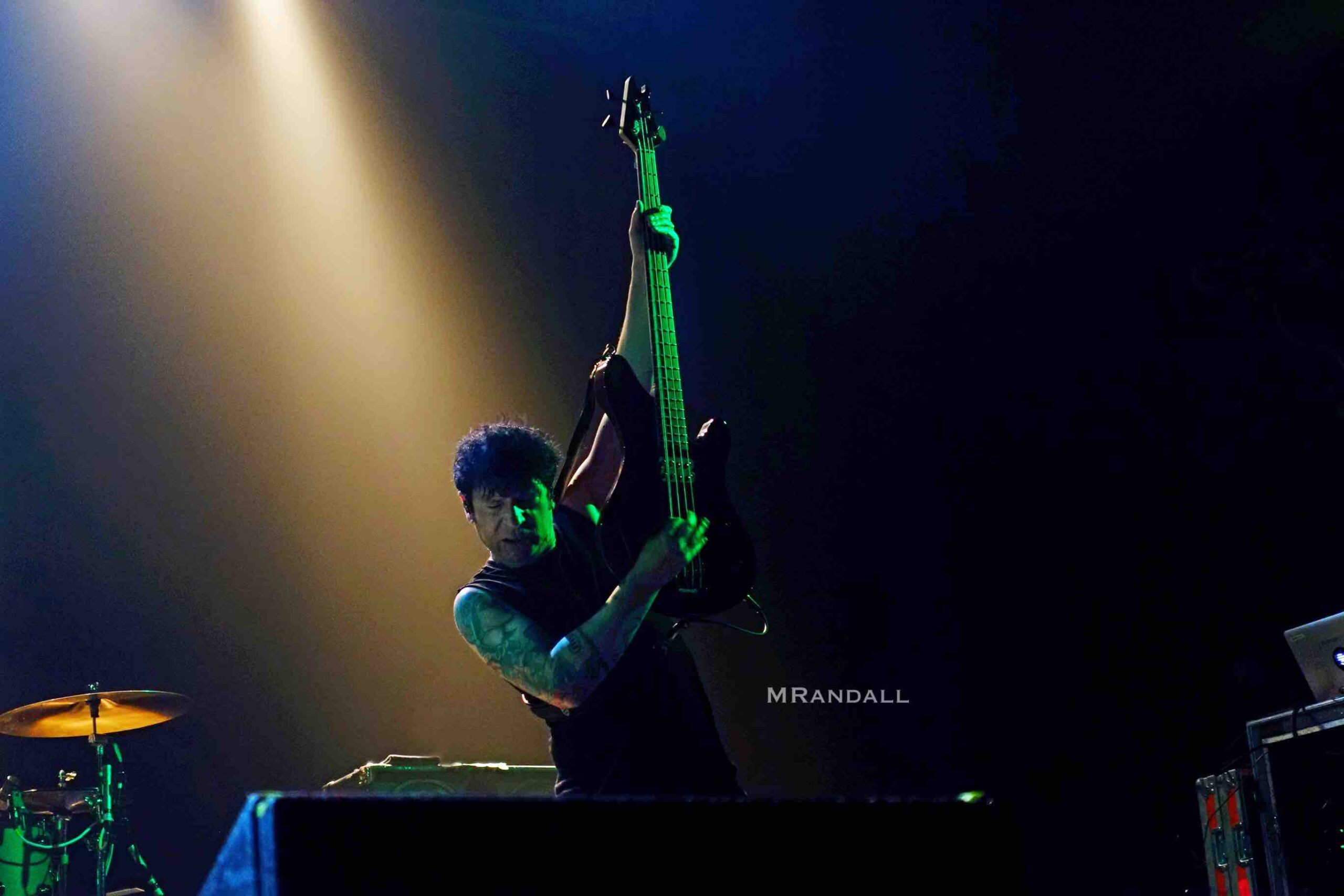 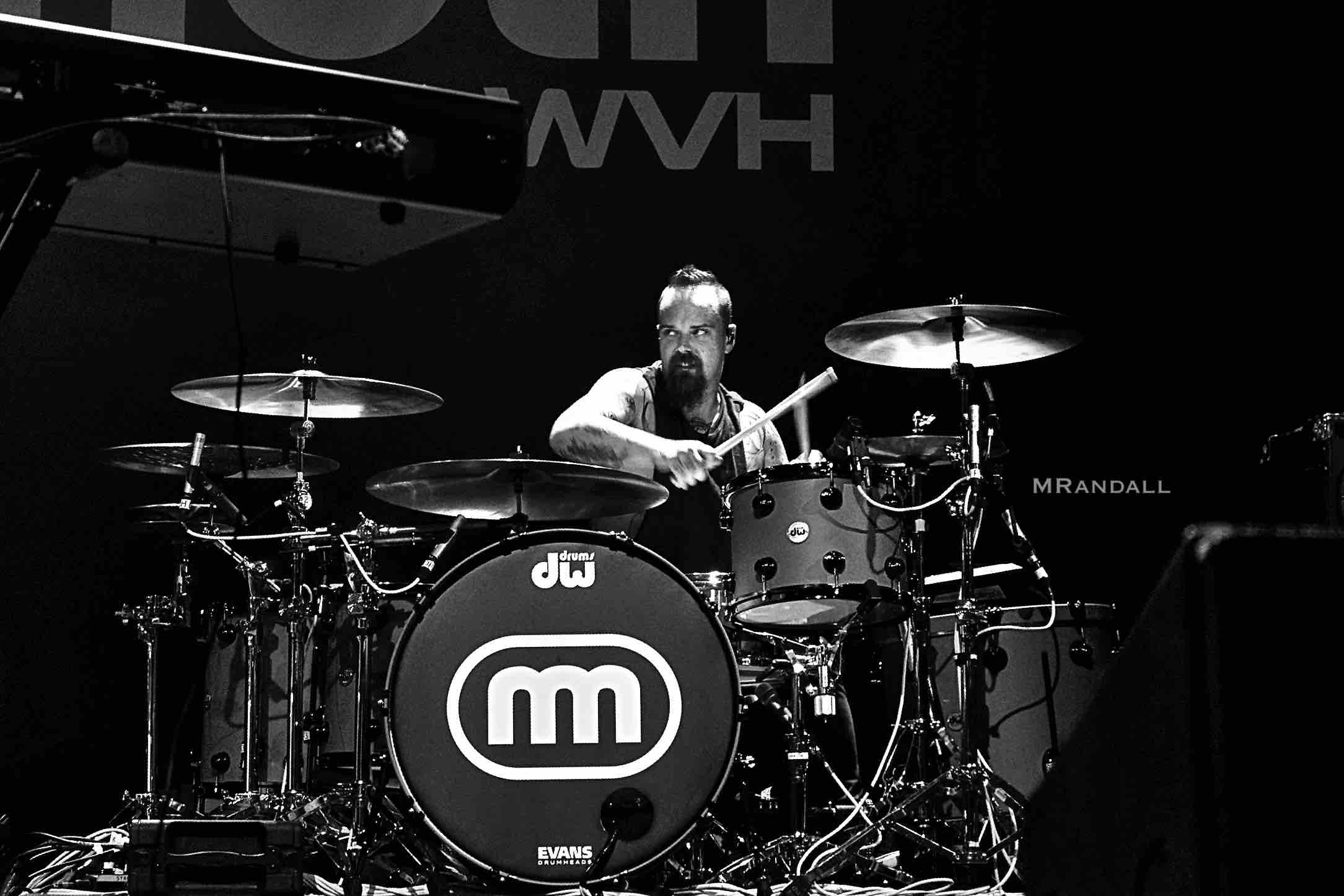 Wolf played a variety of Gibsons and of course some EVH guitars. On a few songs he played a black 5150 Series.  As he strapped on a black Wolfgang, he joked “Look! A Wolfgang, playing a Wolfgang.” I gotta say, Ed and Val raised a good guy. His in-between- songs chat was full of his appreciation for his audience.

The band’s first encore song was “Distance“, the song written for Wolf’s dad. He asked the audience to sing along saying, “You have to help me sing this one…I can’t do it alone.” I’m certain I wasn’t the only one crying during this song- more so when I saw the tears in Wolfgang’s eyes. 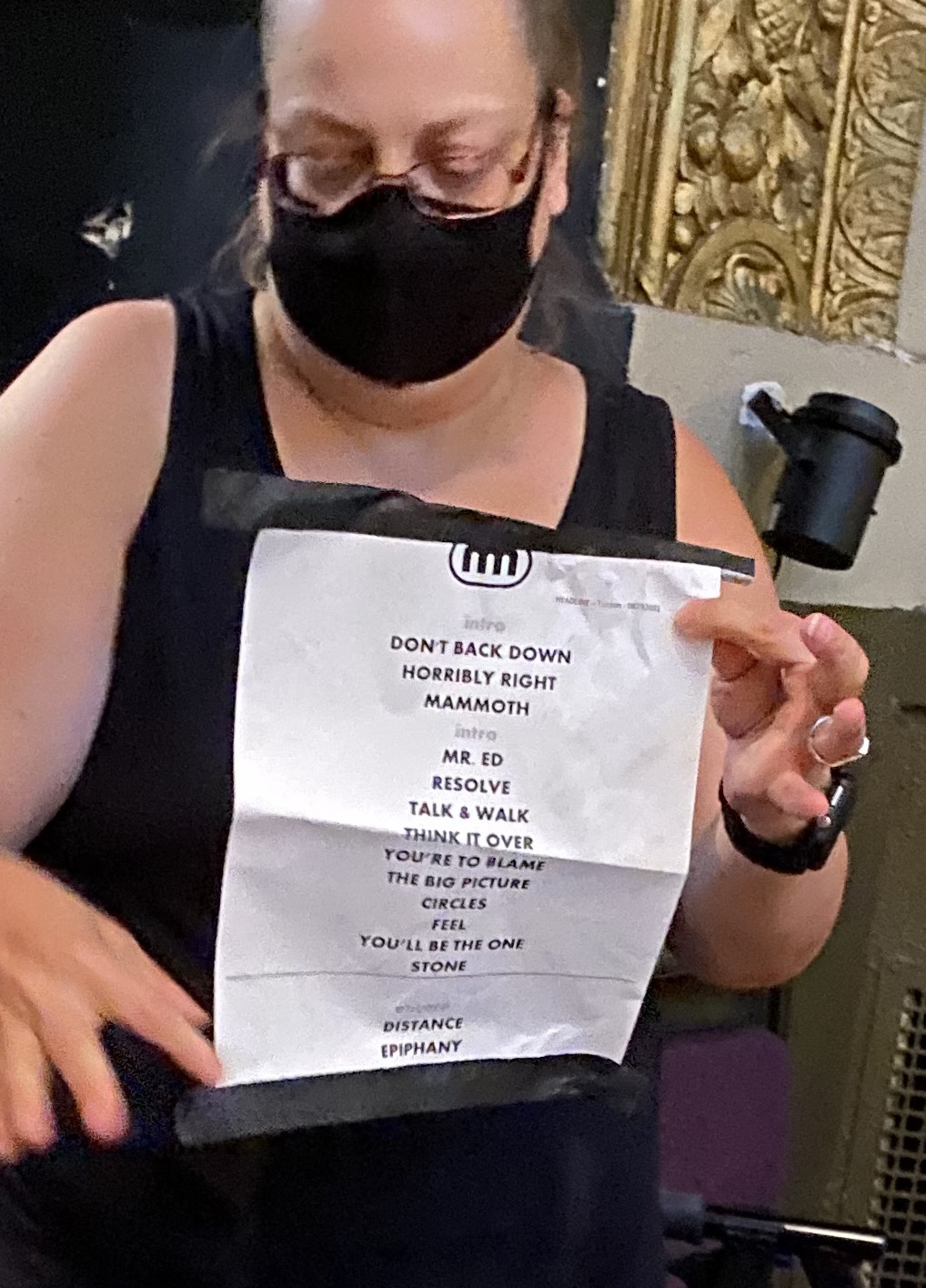 As the band took their final bows, I turned around to see someone holding up a sign that read, “Your dad is smiling.” I don’t doubt he is.