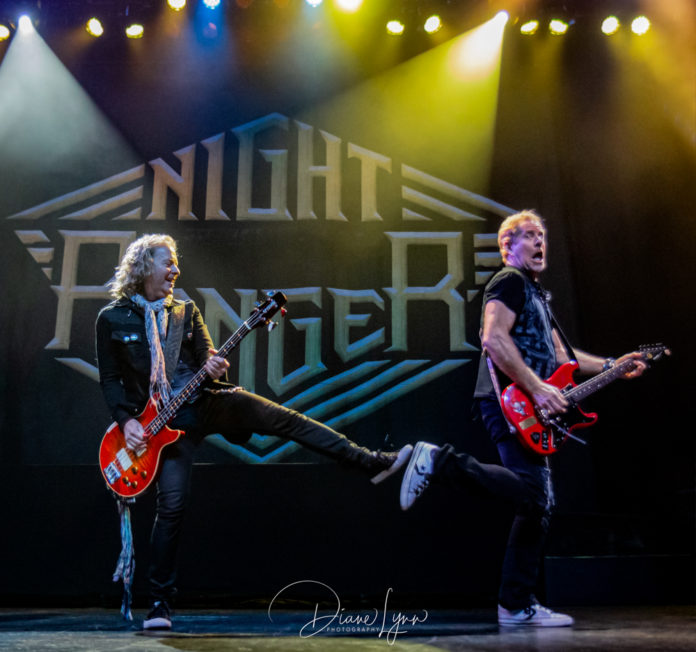 This was an evening celebrating their first two very successful albums: “Dawn Patrol” and “Midnight Madness”.

The iconic 80’s rock band Night Ranger brought us one fantastic night of music last Saturday evening. Covering two of their most popular albums in one night was an event that I didn’t want to miss!

Night Ranger came out blazing with Jack Blades on Bass taking center stage. With the fans already on their feet the show went instantly into full swing! 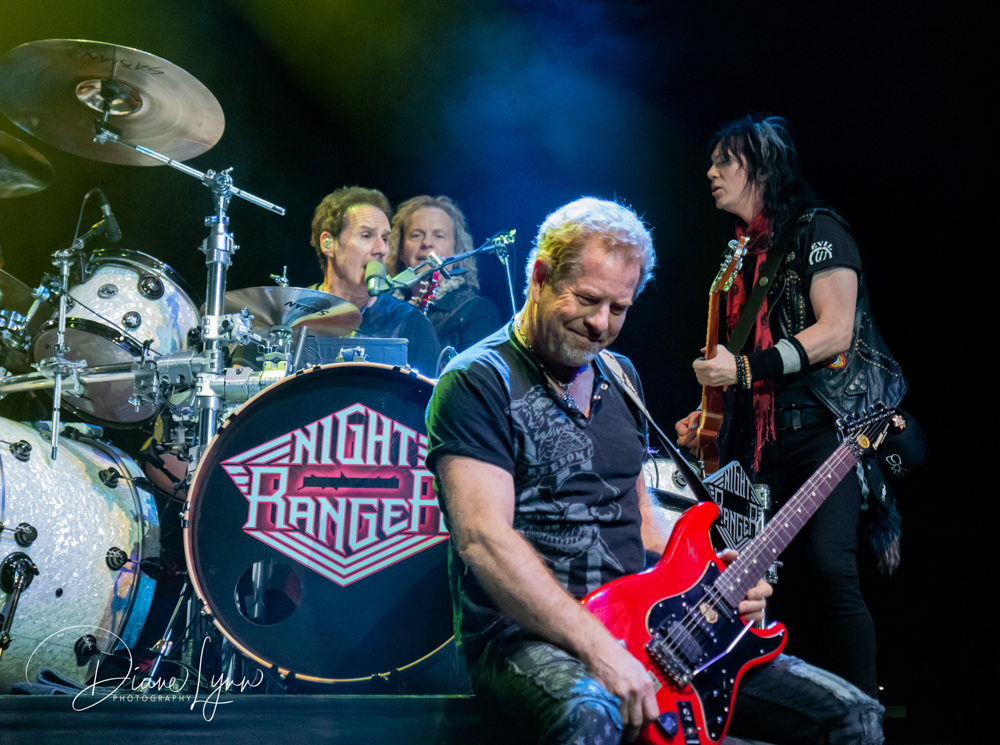 Covering their first album “Dawn Patrol”, playing each song in order as on the album had them starting off with the high energy hit “Don’t Tell Me You Love Me” and straight into another fan favorite “Sing Me Away”. Night Ranger is not only a favorite on the radio circuit and is probably thee rock band with the most music videos, but they also know how to put on a live show too! 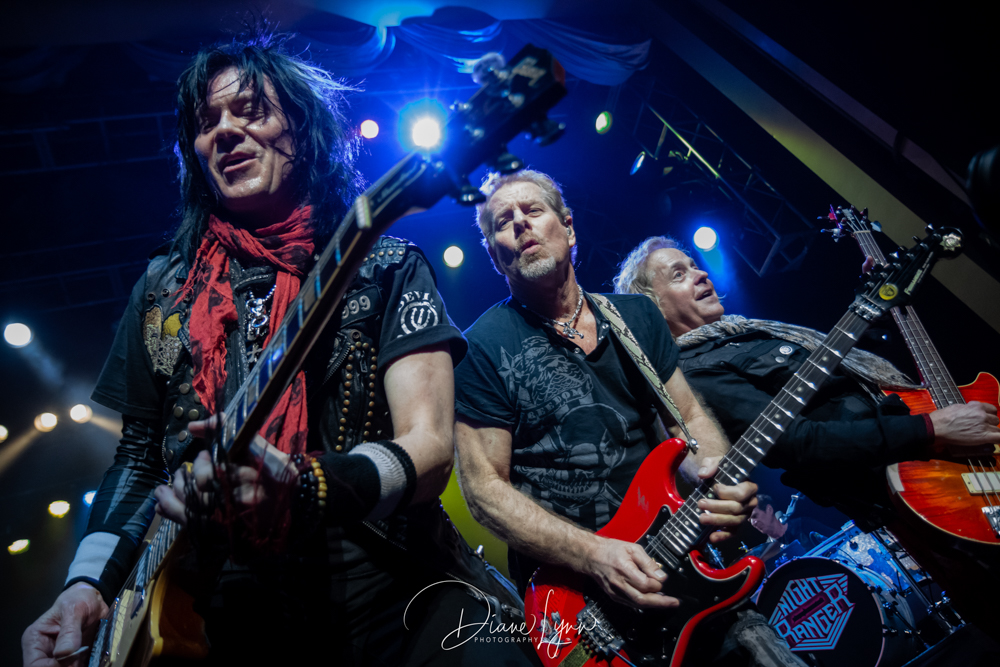 It’s a full stage for the Night Ranger guys with Jack Blades on Bass, the guitar duo of Brad Gillis and Keri Kelli (with Brad taking on the lead role), Kelly Keagy on Drums and Eric Levy on the Keyboards. Throughout the show Jack, Brad and Keri came front and center to the edge of the stage so they could jam together which brought whistles and cheers from the crowd. This also presented a few opportunities for the front row fans to get a quick fist bump and high five from the guys before they moved on to their next spot on stage. These guys were really having fun up there! The smiles, nods and friendly bumps between each other made it apparent that they were genuinely enjoying themselves. In between a few of the songs Jack Blades treated us to some fun stories about the band such as why a certain song was written or who it was written about. One tidbit in particular was about the release of the album “Dawn Patrol” – Jack told us how the band was originally known as “Ranger” but after a few thousand copies of the album were pressed and ready to be released they found there was already a popular band of the same name. To avoid any confusion, they quickly decided to change the band name to “Night Ranger” – after the song that Jack had written for the album. Rumor has it that a few thousand copies of that album were released with just the name “Ranger” on them and a sticker with the word “Night” added to it, so you might want to dust off your album collection just in case you have one of these “collectors’ items”. 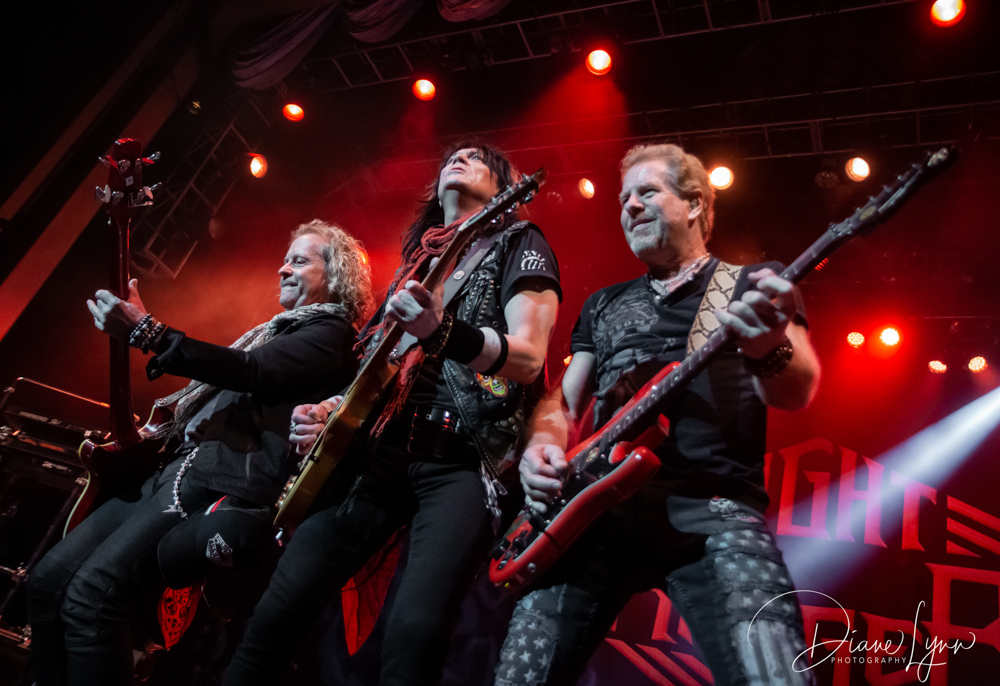 The final song of the album is “Night Ranger” and the finale was a drum solo that ended up being anything but solo. Jack, Brad, Keri and Eric all jumped up on the riser with sticks in hand joining Kelly to drum out the some of the heavy beats of the song. And just when you thought it couldn’t get any crazier Keri and Brad hopped on the single risers positioned on each side of the stage to do a bit of a guitar battle with the full effects of smoke and precision lighting. The guys were throwing out guitar picks and even a drumstick or two. The crowd absolutely loved it!
What a spectacular way to end that set!

Once “Dawn Patrol” was played in its entirety the guys slowed the vibe down a little by treating us with a two-song acoustic set. First was the hit song “High Enough” by the “Damn Yankees” followed by “Four in the Morning” from their 1985 album “7 Wishes”. 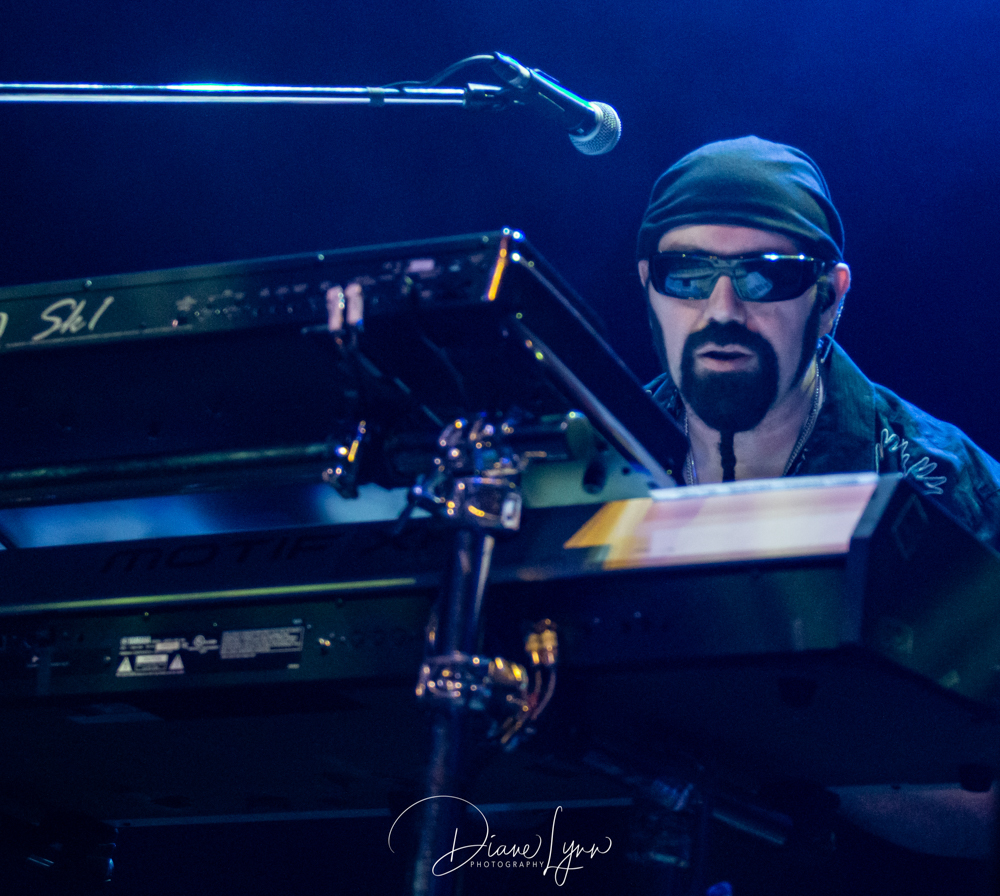 Next up was the second album of the evening “Midnight Madness”. Released in late 1983 this album brought us the mega hit “Sister Christian” along with “(You Can Still) Rock in America“ and the ballad “When You Close Your Eyes“. They covered this album slightly out of order saving the fan favorites for the close of the show. A few of the songs had Kelly Keagy singing lead vocals and one of those was the song “Let It Ride” which as Jack told us was the very first song Night Ranger ever wrote together as a band. Kelly Keagy also took the lead on vocals on “Sister Christian”. This one turned into a bit of a sing along with the crowd and it also showcased the incredible talents of Brad Gillis with its somewhat slow but powerful guitar piece midway through the song.
As “Sister Christian” came to its ending Kelly Keagy came out from behind the drum kit and with the rest of the band, minus Eric Levy who kept the tune going on keys, lined up along the edge of the stage to finish the final verse with the crowd joining in. 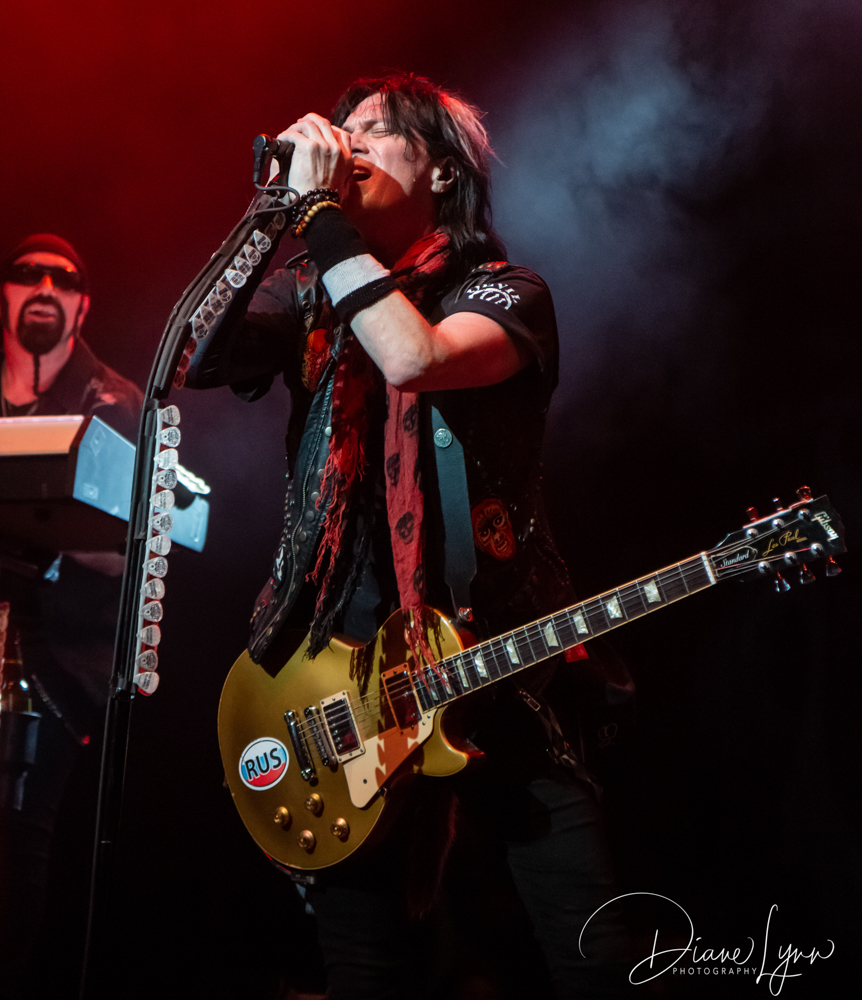 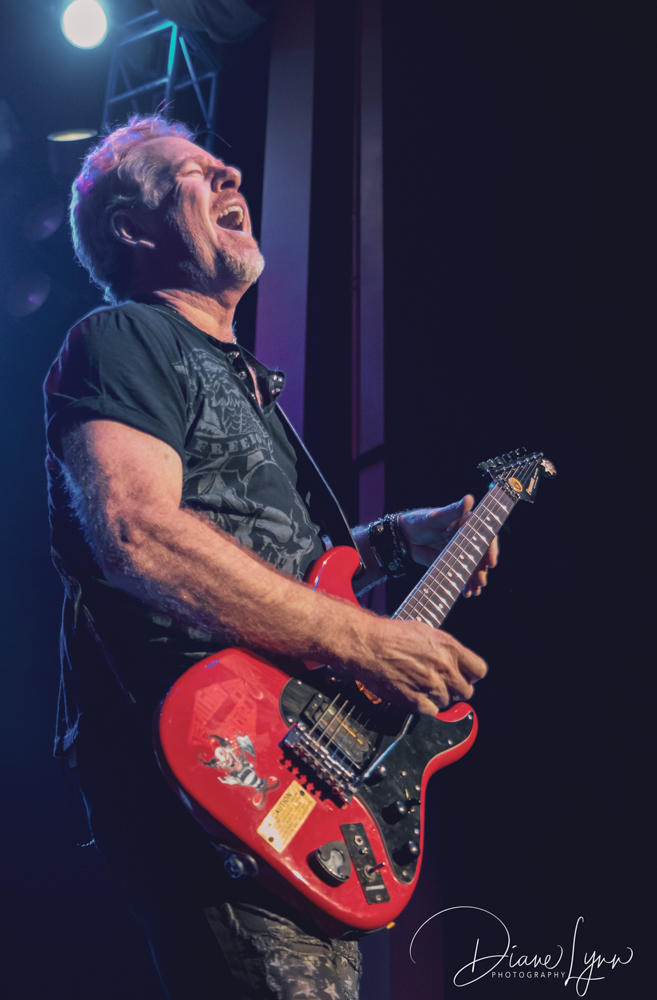 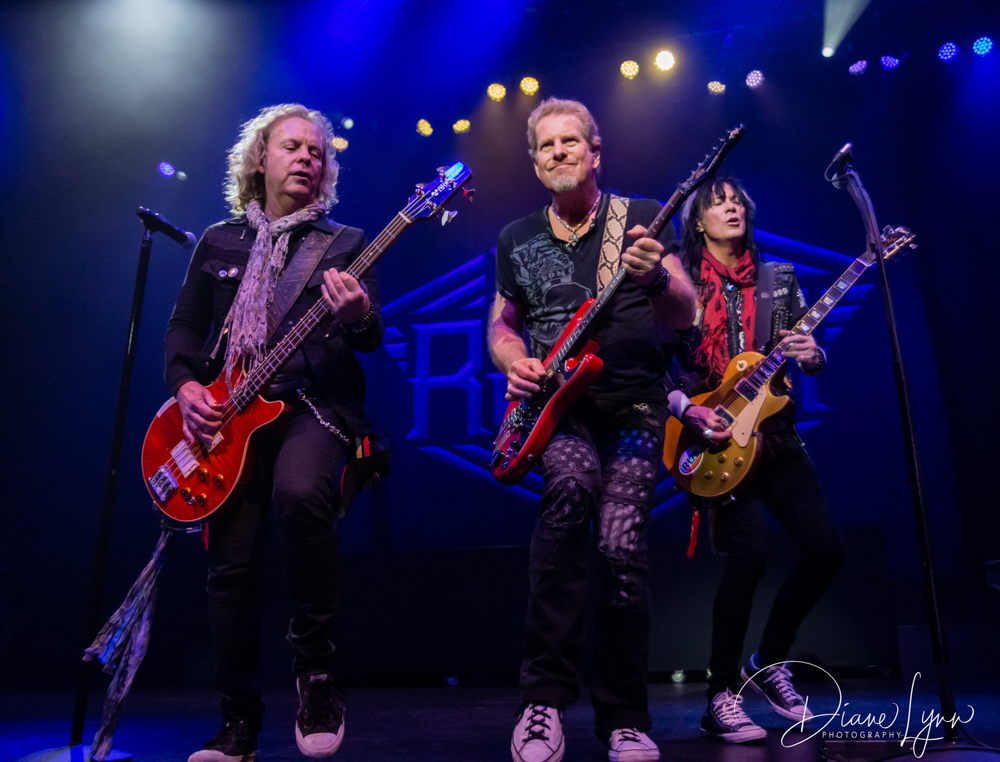 “Sister Christian” will always be one of those rock ballads that has you cranking it up and singing along while playing air guitar!

As the show reached the end the band chose the song “Goodbye” for their encore, pulling again from their 1985 album “7 Wishes”. 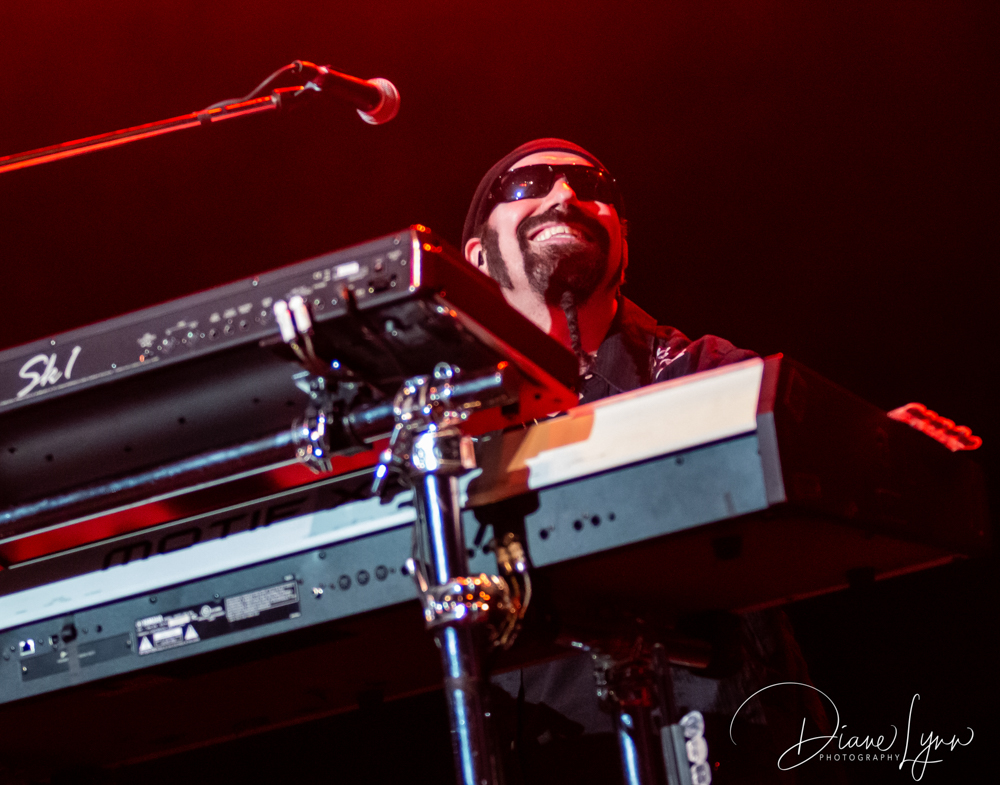 There have been quite a few of the 80’s arena-rock bands making the touring rounds over the past couple of years that I’ve had the good fortune to cover a few of them but I have to say that this Night Ranger show will stay on top of my “kick ass rock concert” list for quite a while!
They really brought it all and much more! 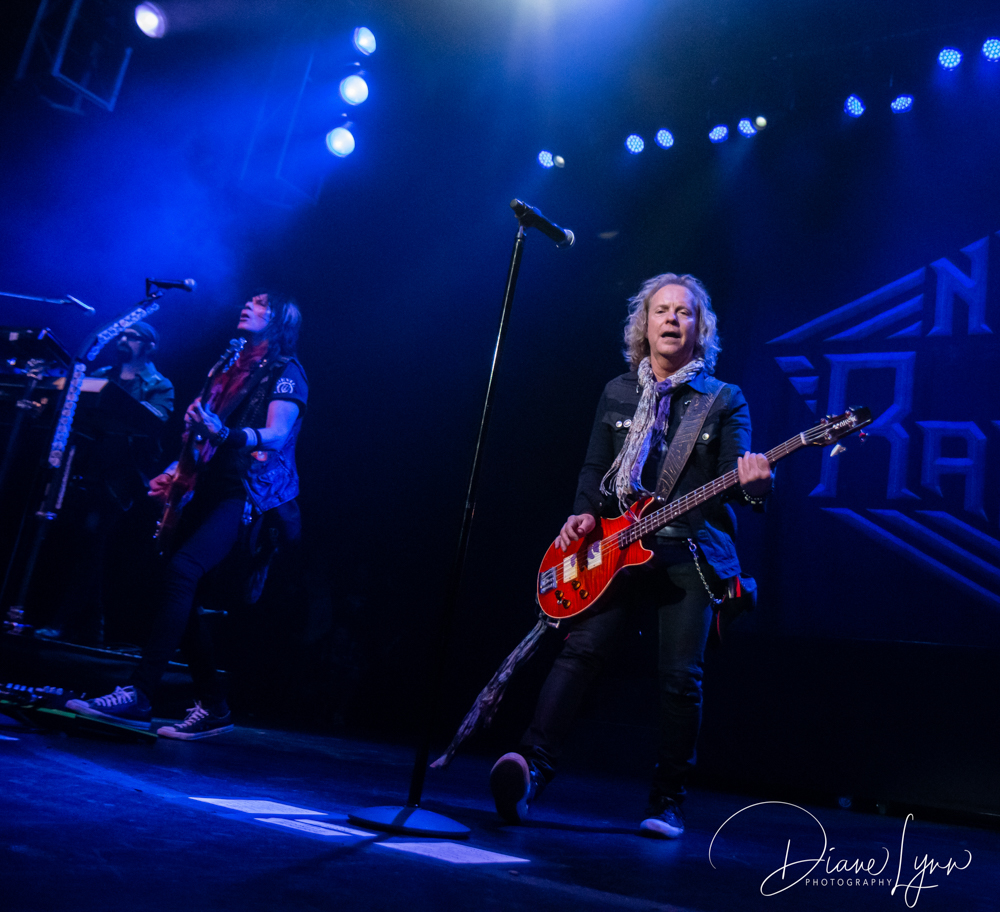 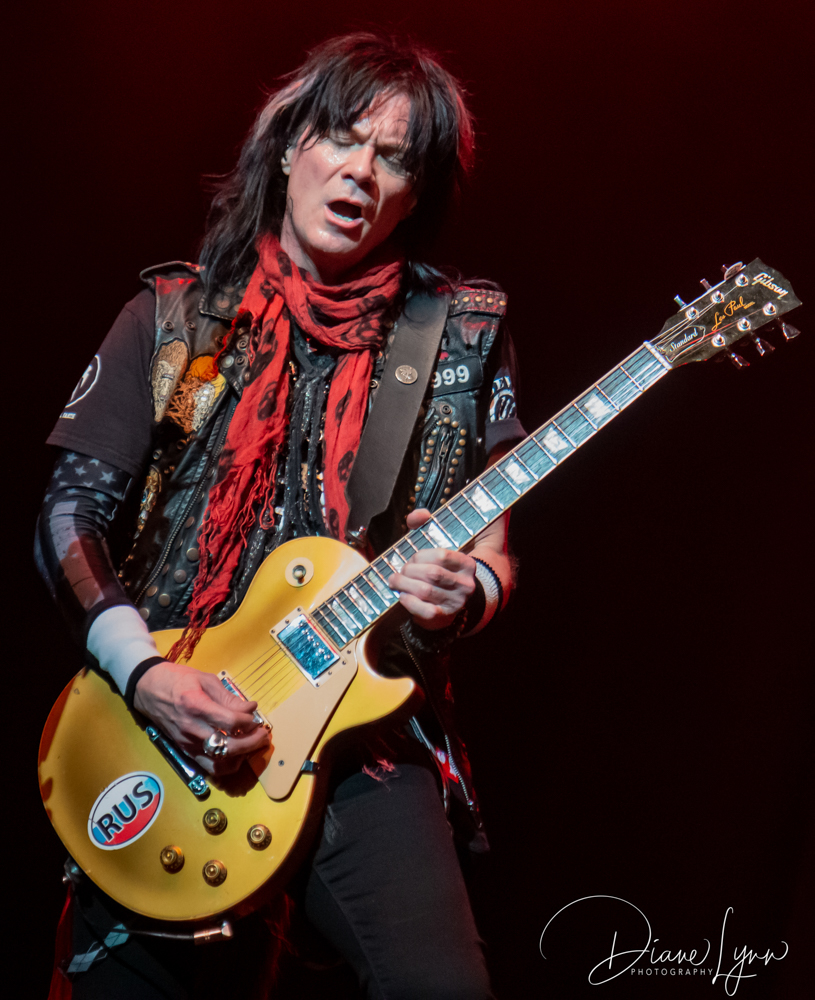 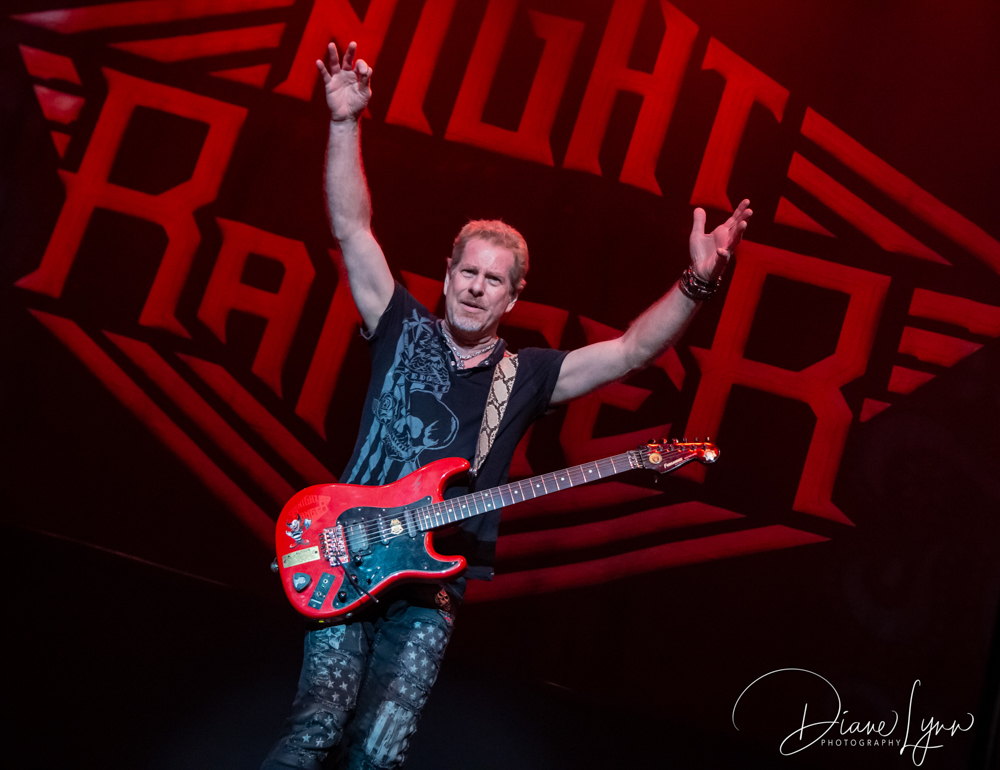 Next up for Night Ranger, they are heading out with Sammy Hagar’s The Circle and Whitesnake this summer so check back with WillToRock.com for upcoming tour dates near you, it’s going to be off the charts! 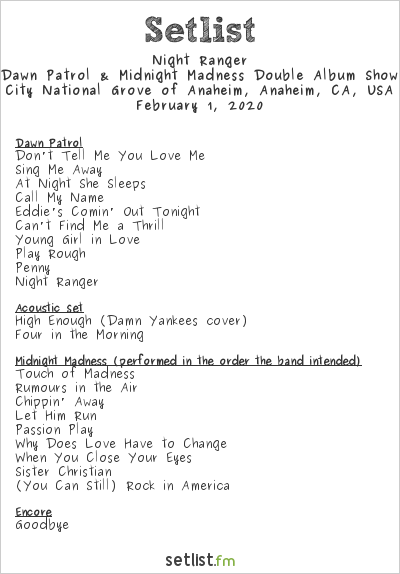