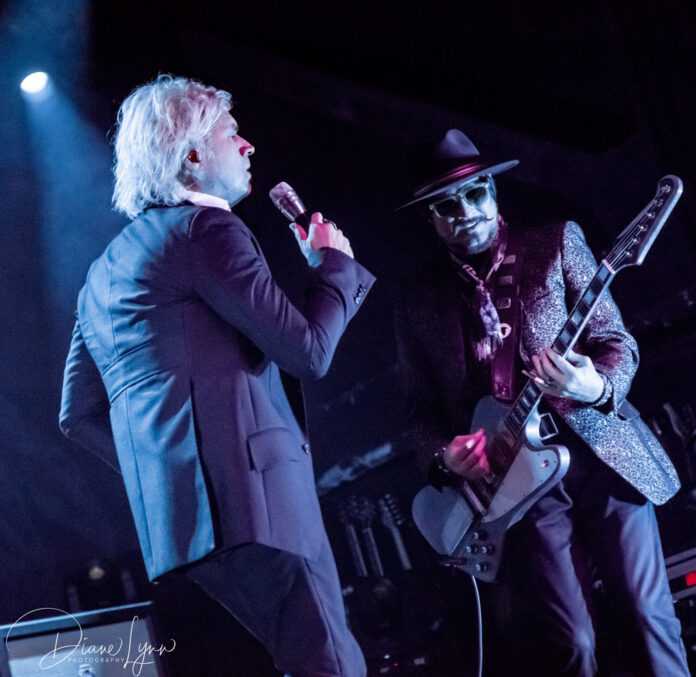 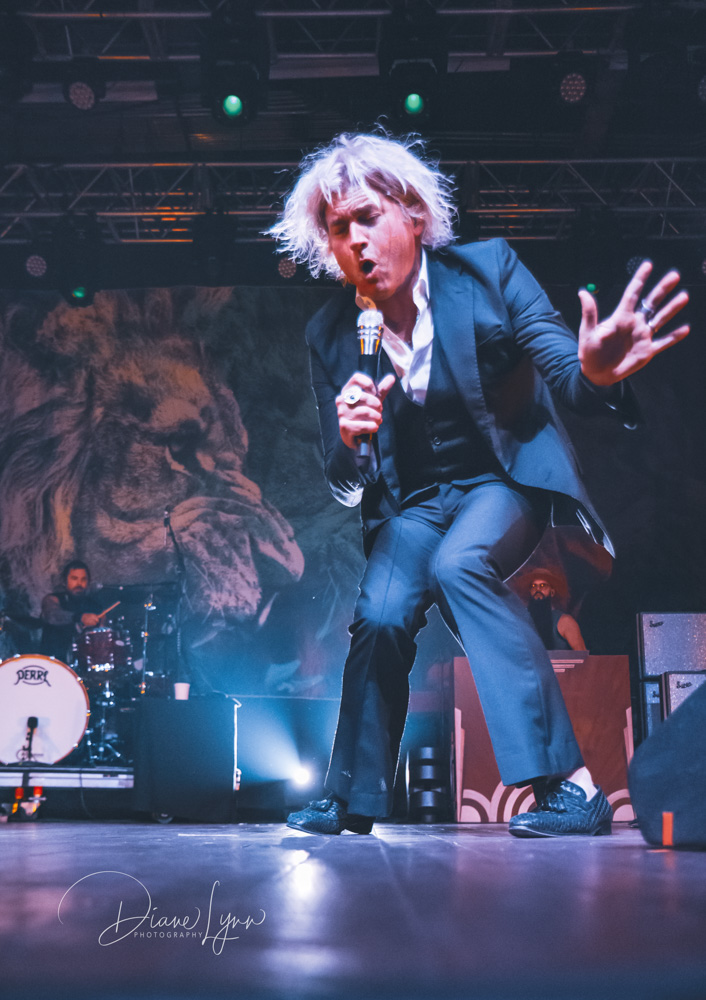 Only in your wildest dreams can you imagine a rock concert as good as the one I saw last Saturday!
Rival Sons absolutely blew me away!

Ending their Pressure and Time – Ten Year Anniversary Tour at the House of Blues in Anaheim with a kick ass show that was live streamed for those who couldn’t make it, seemed like an awesome way to say thank you to their fans.

It was a beautiful evening at the Garden Walk in Anaheim and the perfect night for live music at such an awesome venue. The fans were filing in early, with buzz spreading about their show in L.A the night before including the amazing openers who have been touring with them. The fans didn’t want to miss out on one minute of it. I even met a couple who were at the show the night before and they could not wait to see them again!

I had a look around once inside; it had been since March 2020 since the last time I was at the HOB in Anaheim, and it was nice to see some familiar faces. The Merch. tables were set up with lines a bit longer than I’d seen in the past. I suppose fans were thinking ahead about Rivals Sons Christmas gifts?

The hall started to fill up fast, everyone taking their places to have a good view of the stage. Even up top fans were getting ready for the show with drinks in hand and smiles on faces. I even spotted Eddie Trunk of Trunk Nation and That Metal Show in the house.

The night opened with a short set by Guitarist Singer/Songwriter Jameson Burt, who happens to be from Orange County, Ca. I’m sure ending his time on the Rival Sons tour in his hometown was a highlight for him as it seemed to bring out a huge crowd of his local followers who were calling out to him during his set. 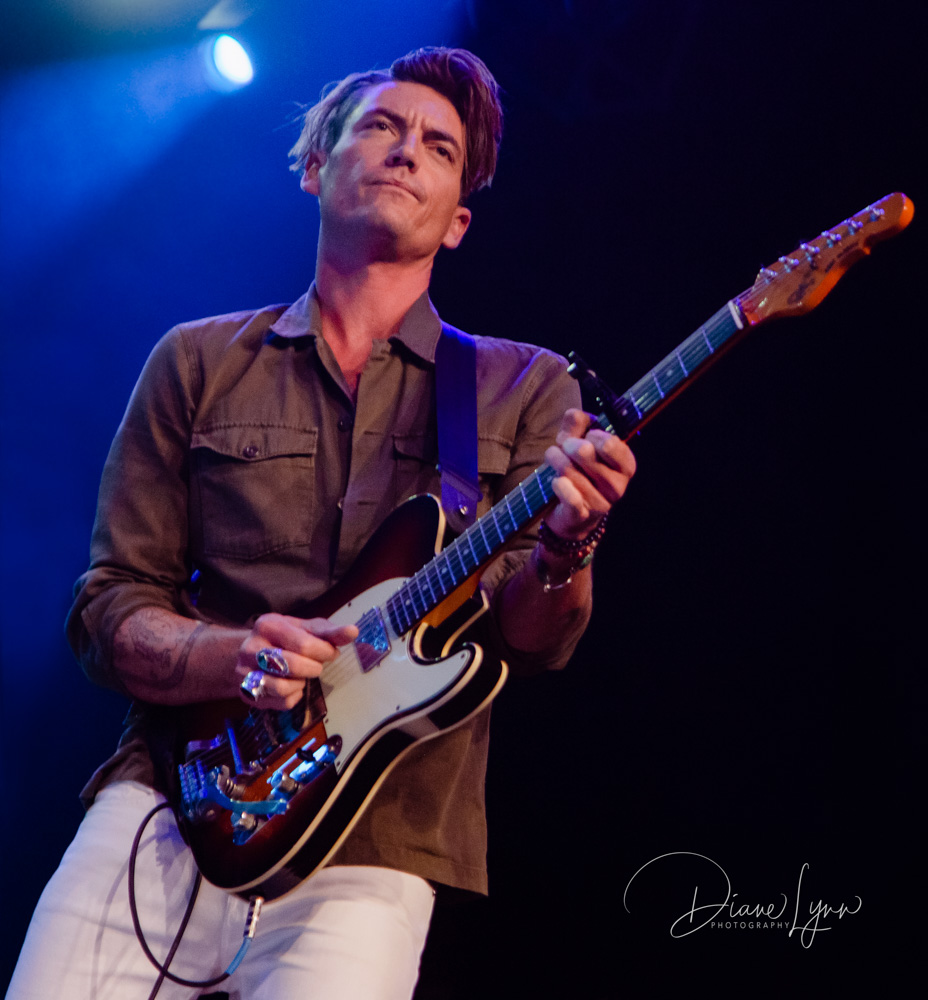 Jameson is definitely a talented musician, he took command of the stage and kept us all in awe with his music. His latest album Right Time was just released this past July. 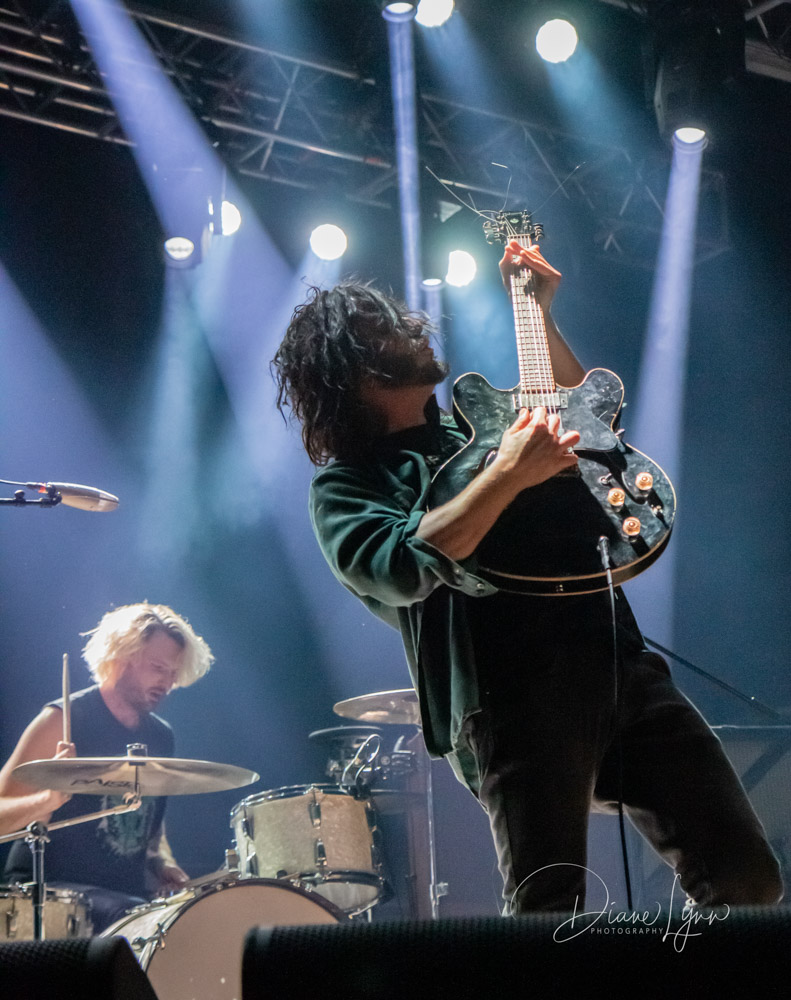 Next up was a Reignwolf, they are an American Indie/Blues Rock band from the Seattle, Washington.
Reignwolf was mind blowing! Their set started off a bit subdued then just exploded! It was hard to keep up with vocalist/guitarist Jordan Cook. He was on top of his single kick drum that was set up front and center then he was in the pit and back on stage in a heartbeat! 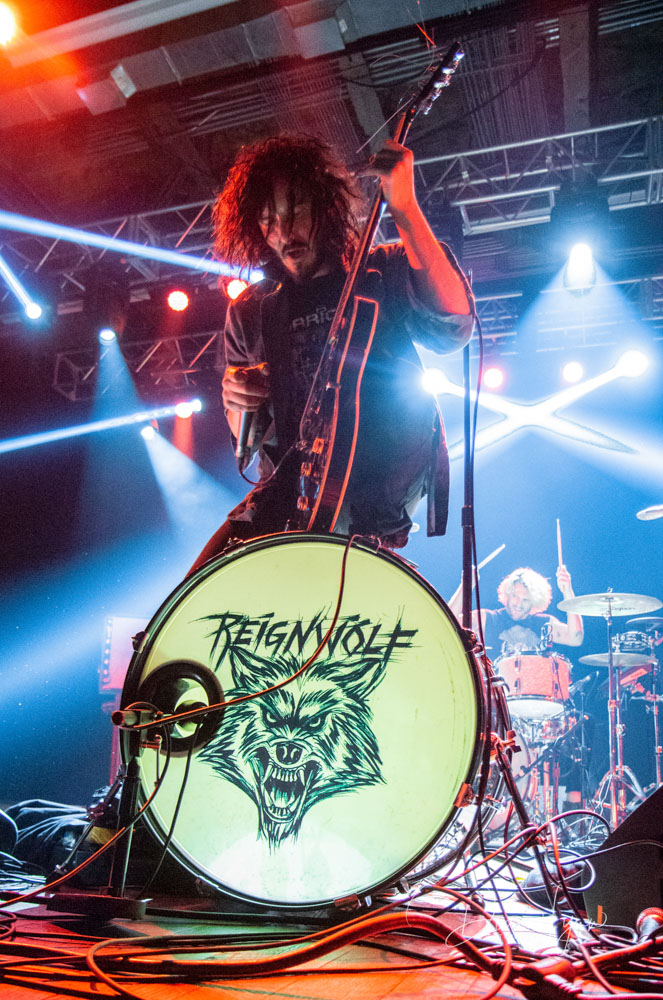 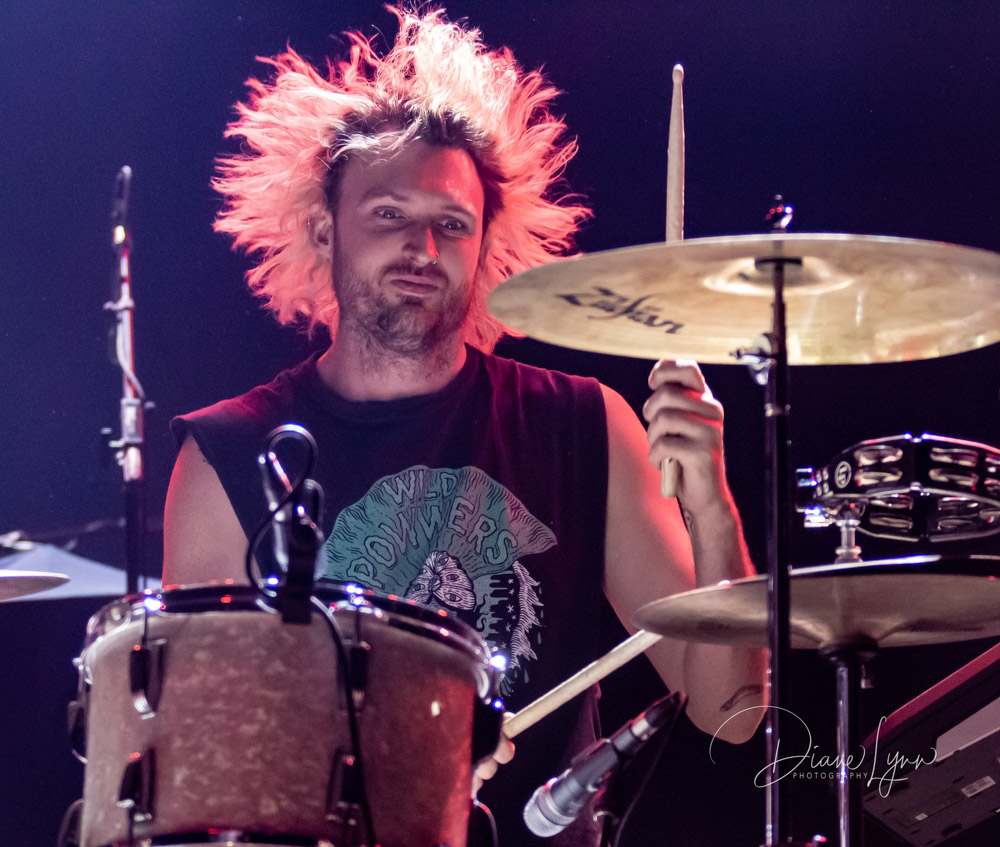 Drummer Joseph Braley moved part of his kit around to hook up with Jordans drum, these two were so in sync.  They also seemed to have a huge following. Fans were in their Reignwolf shirts and shouting out to the guys as they played. They were amazing to watch, you just couldn’t look away! To say these guys rocked it would be an understatement! 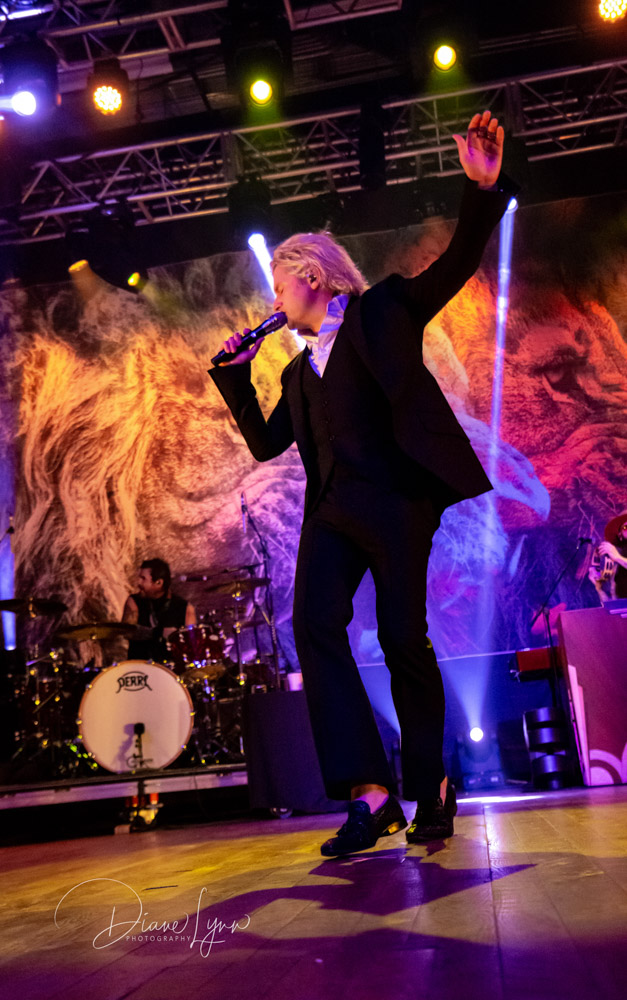 Rival Sons took the stage under a drizzle of red and blues lights with a killer back drop of roaring lions. They started off the show by covering the entire Pressure and Time album as this was the Ten-Year Anniversary of that amazing album. They played each song in the order as it appeared on the album that them opening with the rockin’ tune All Over the Road then straight into Young Love.

Good Gawd they guys are so good!

The first time I came across Rival Sons was back in 2019 during the Grammys when they took part in honoring Black Sabbath by singing Paranoid and War Pigs, I just couldn’t believe what I was hearing and thinking “how have I not heard of them before”?  But I knew I had to hear more from this band and quickly became a fan. So to say I was excited to be coving this show would be an understatement 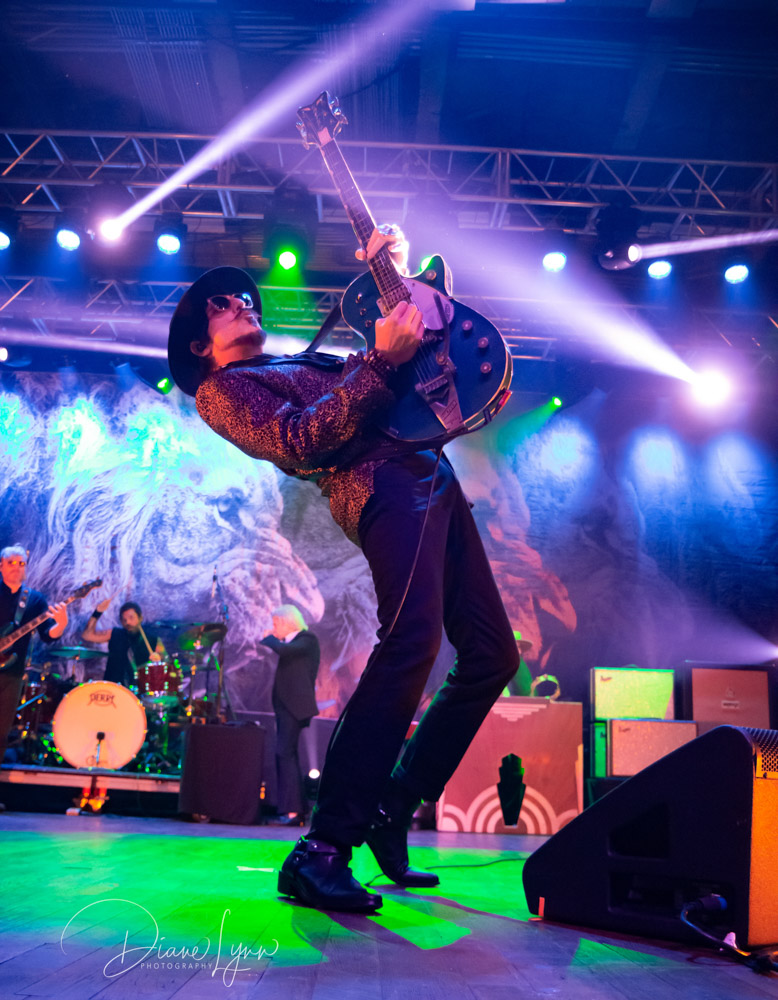 Although I was shooting and trying to keep my head into my work, I couldn’t help but stop to watch for a second and listen to the sweet sounds filling my ears. When I was done shooting, I quickly took to an elevated spot in the back where I could watch the rest of their set.

Each song they performed was played and sung with such emotions, you could just breathe it in then slowly exhale as the hair stood up on your skin. Hearing and seeing Rival Sons playing live was much more than I ever anticipated and it was awesome hearing the crowd join in, singing every word with such passion.

Jay Buchanan is clearly one of the best rock singers in the business today. I just can’t get enough of his powerful and raw vocals. Whether it’s a hard-hitting song or something more subdued his voice is always on point. He’s setting the bar very high, for sure! Scott Holiday is a killer guitarist. His playing is so fluid, each intricate note flows off his fingers with ease. When these two come together on stage you know you’re witnessing something exceptional. 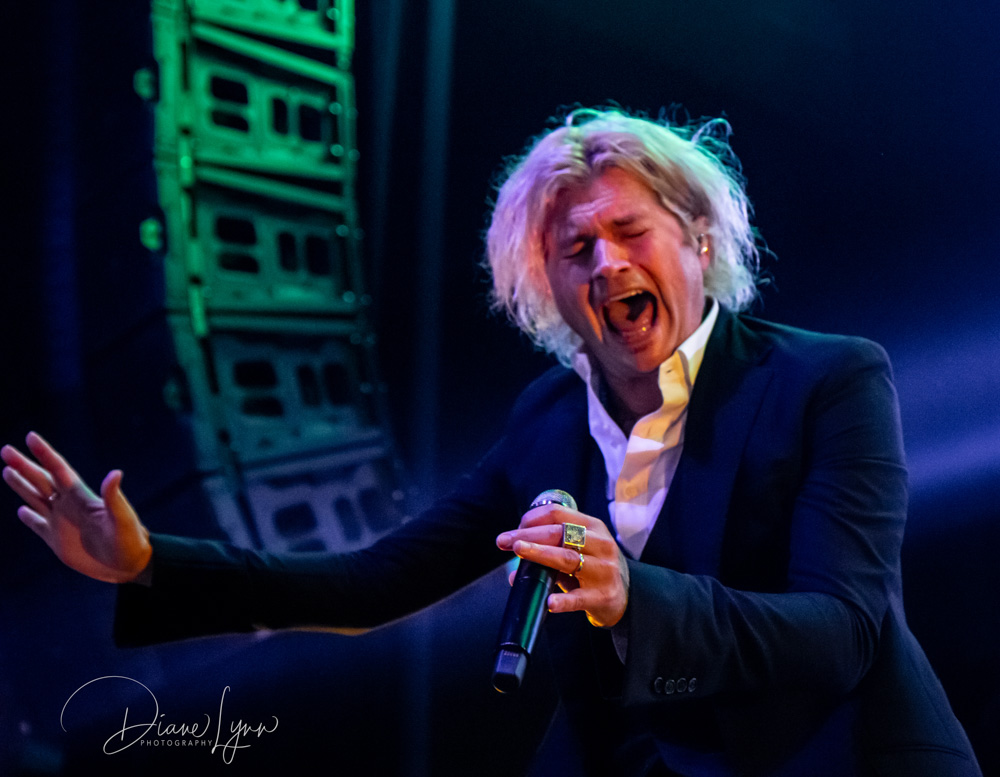 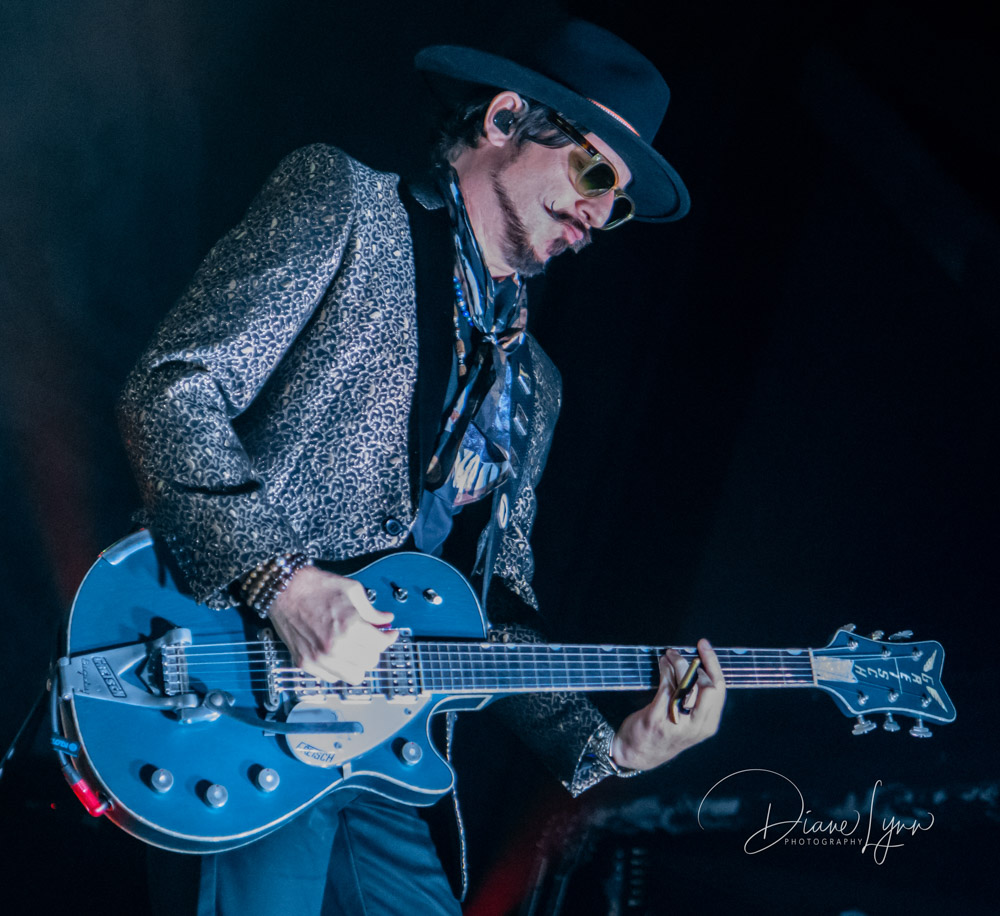 Along with Drummer Mike Miley, Keyboardist Todd Ögren and Bassist Dave Beste, the entire group of musicians become one as the first note drops. 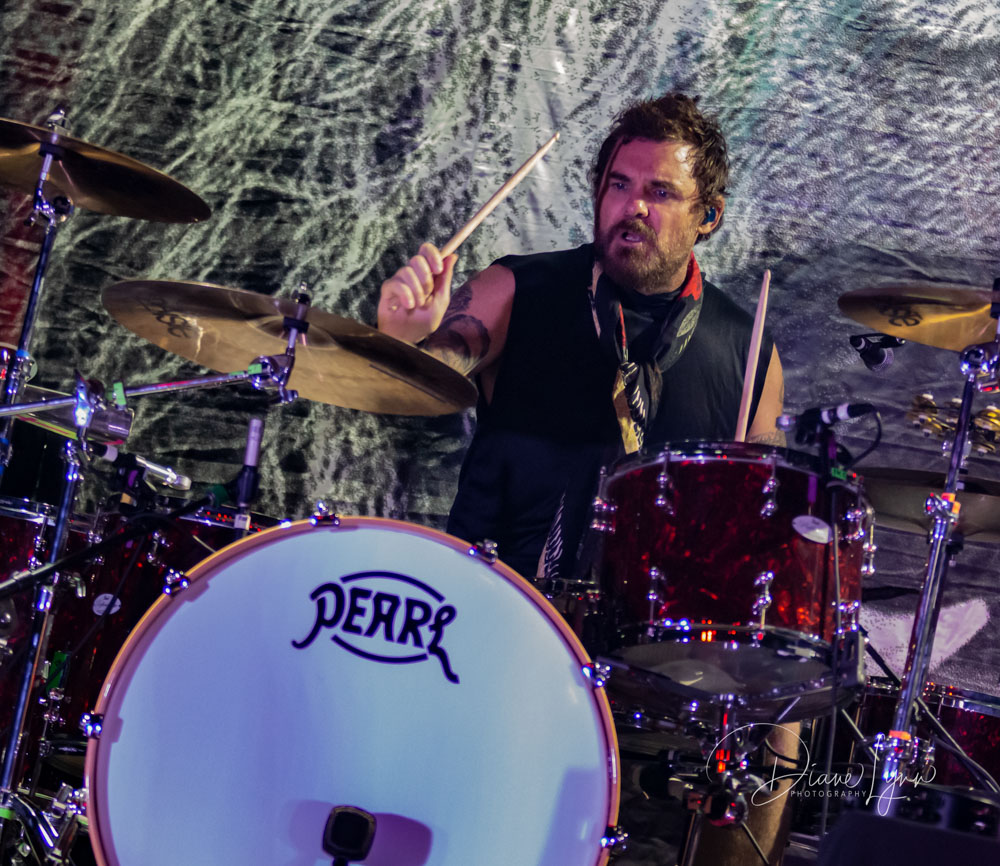 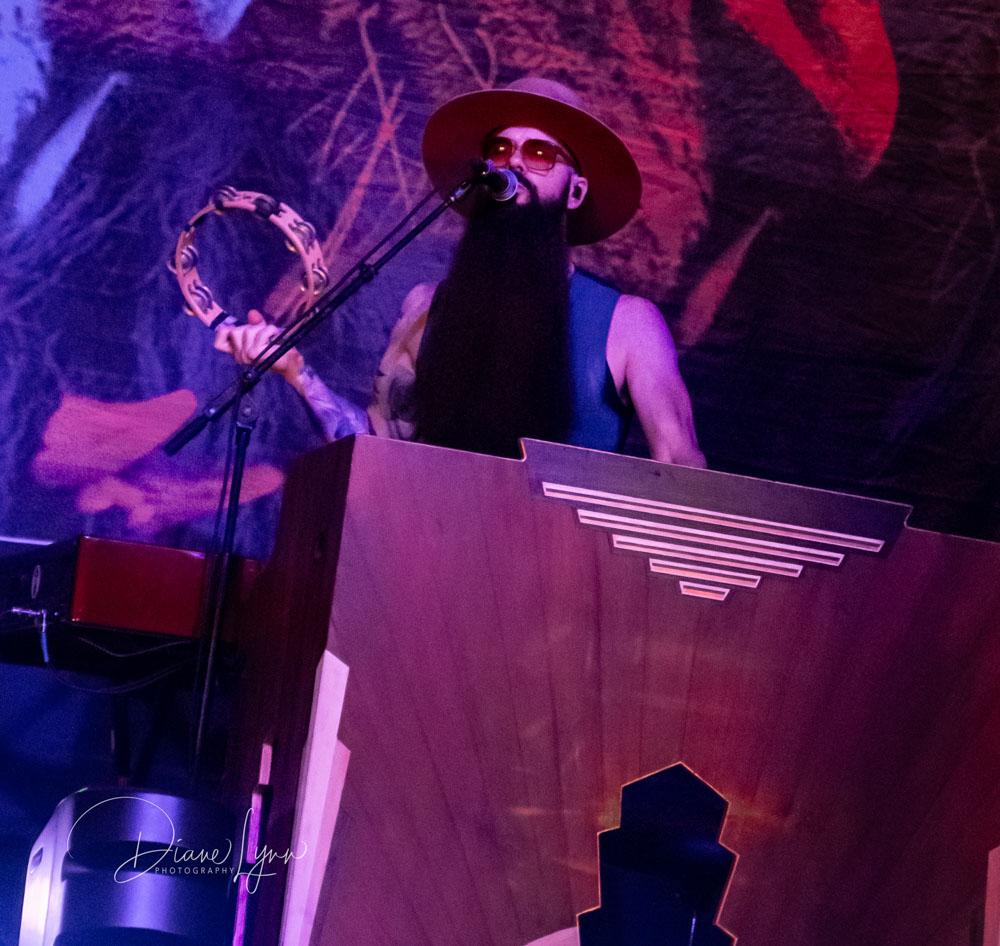 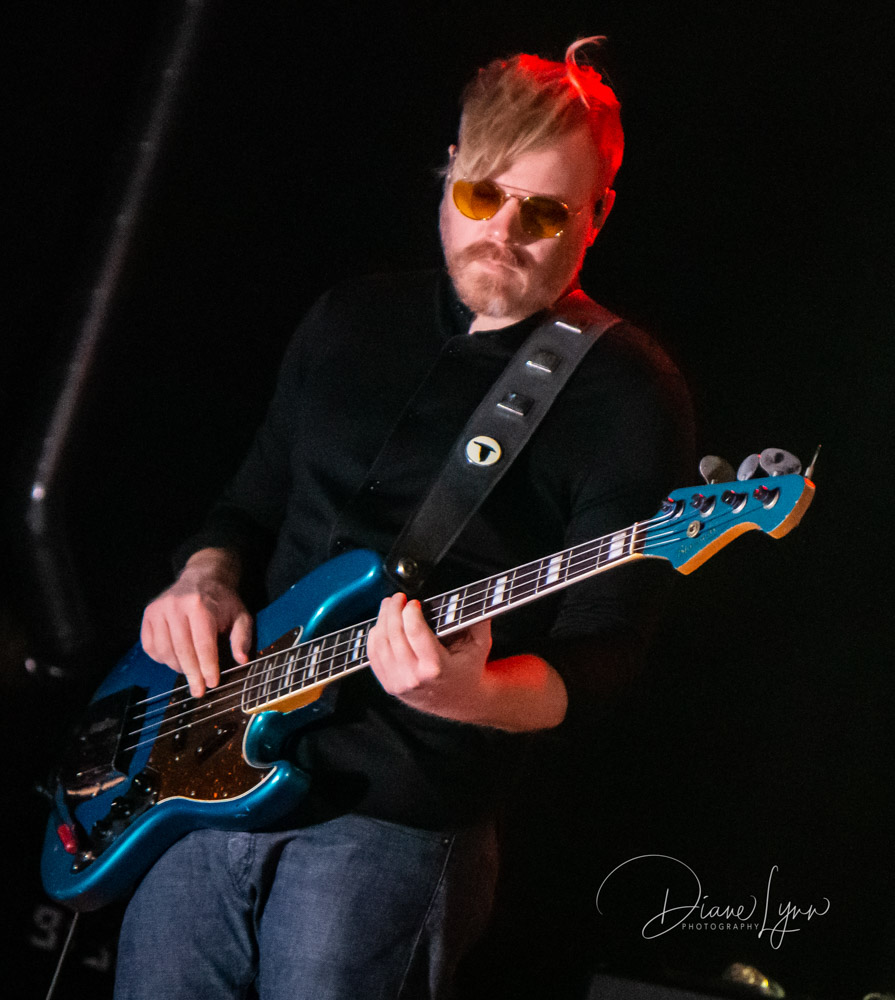 Once the album Pressure and Time was played in its entirety the band touched on a couple of their later albums with fan favorites like “Too Bad”, “Shooting Stars” and ended the show with “Keep on Swinging”.

The night ended all too soon, as the guys took their bow at the end of the set, I looked around at all of the smiling fans and thought Yes! – This is what great music is supposed to do! 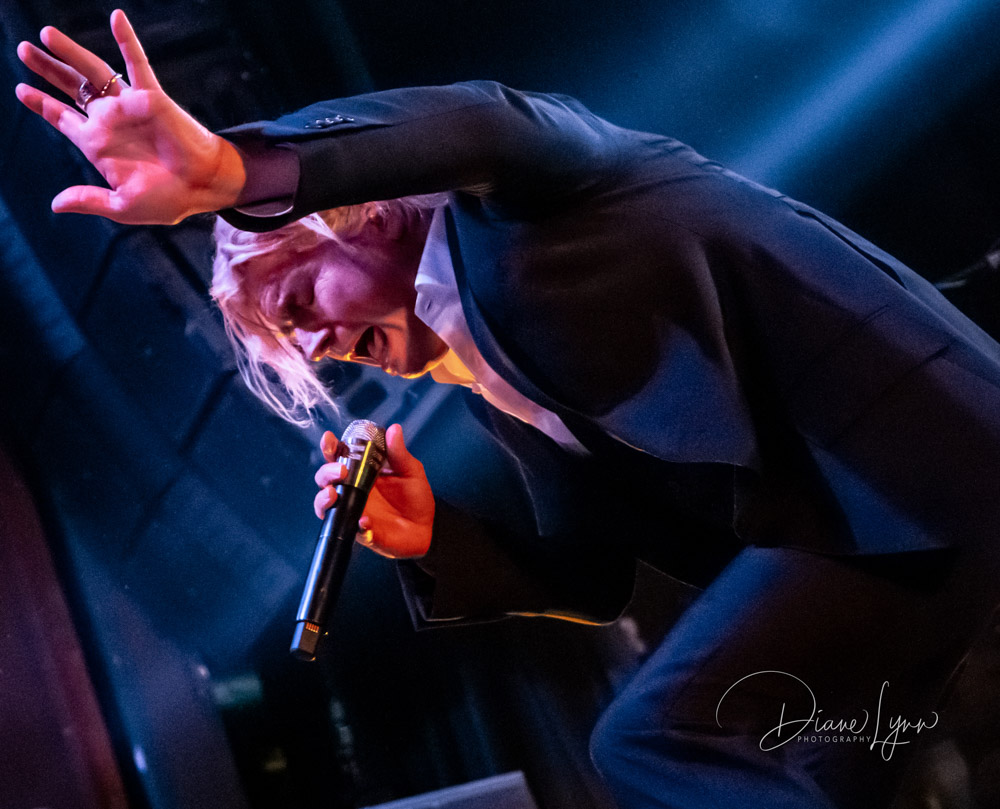 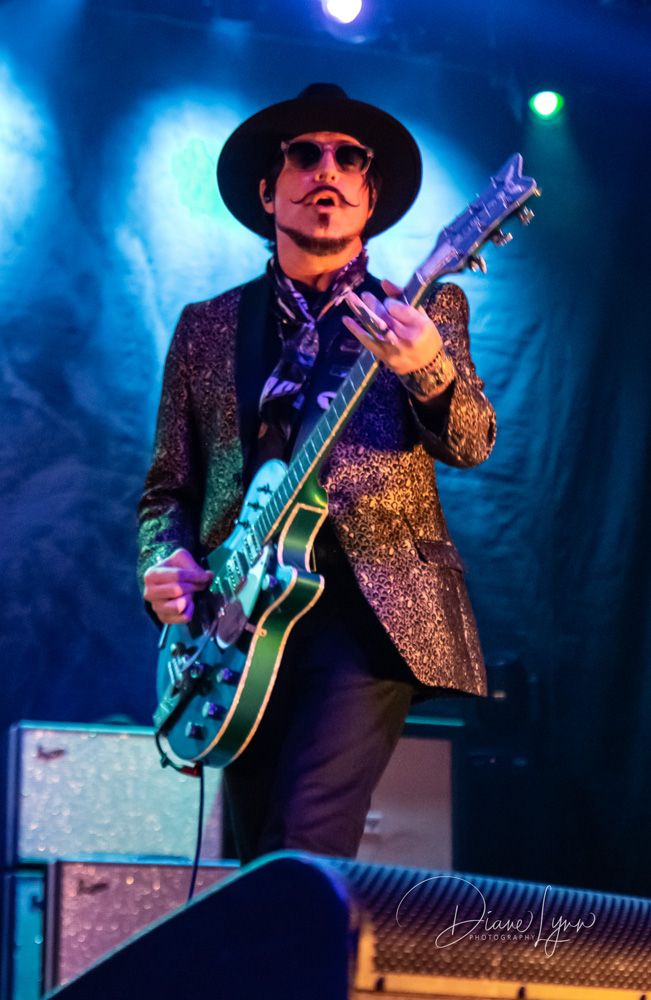 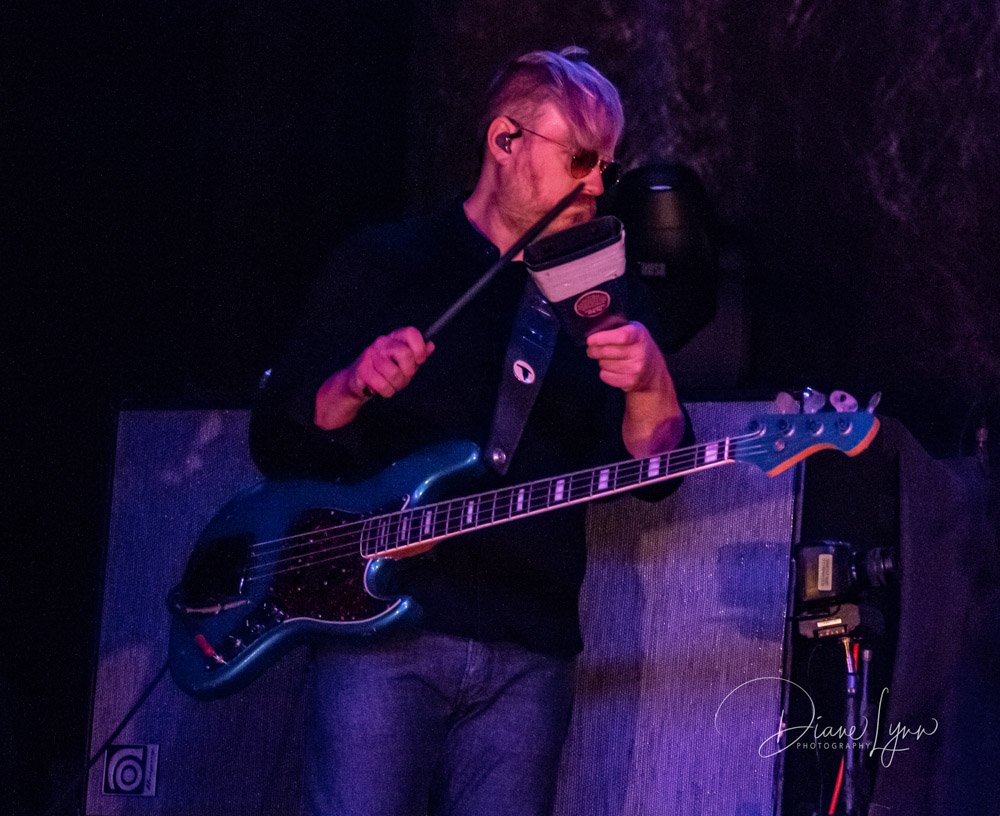 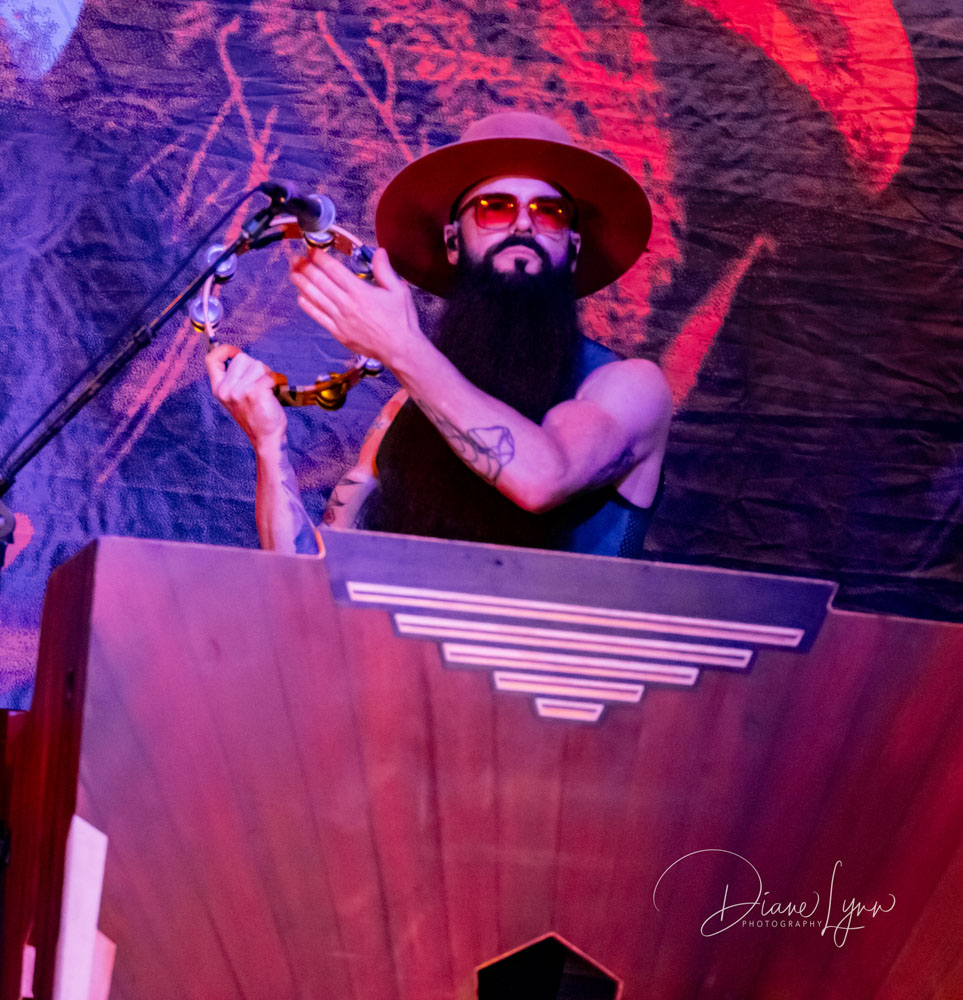 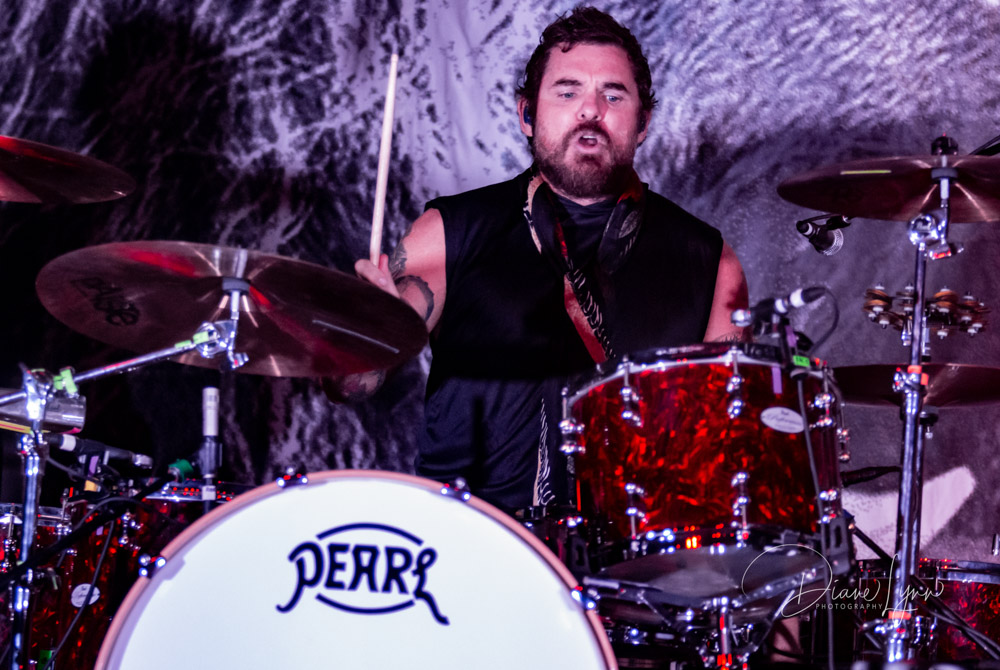 Rival Sons is leading the charge in keeping rock and roll alive! Their music has the feel of an old soul. It’s classic rock but it’s fresh and new. My highlight of the night was when they played “Feral Roots“; Scott on the Double Neck with Jay on the Electric Acoustic is just magical. “Feral Roots” has been a favorite of mine for a while and hearing it played live was an experience I’m not likely to forget anytime soon.

The night was over sooner than we all wanted it to be but we all left happy and eager to see them again soon! Thank you, Rival Sons, the show was fantastic!

News: MYLES KENNEDY to Release “The Ides Of March” on May...