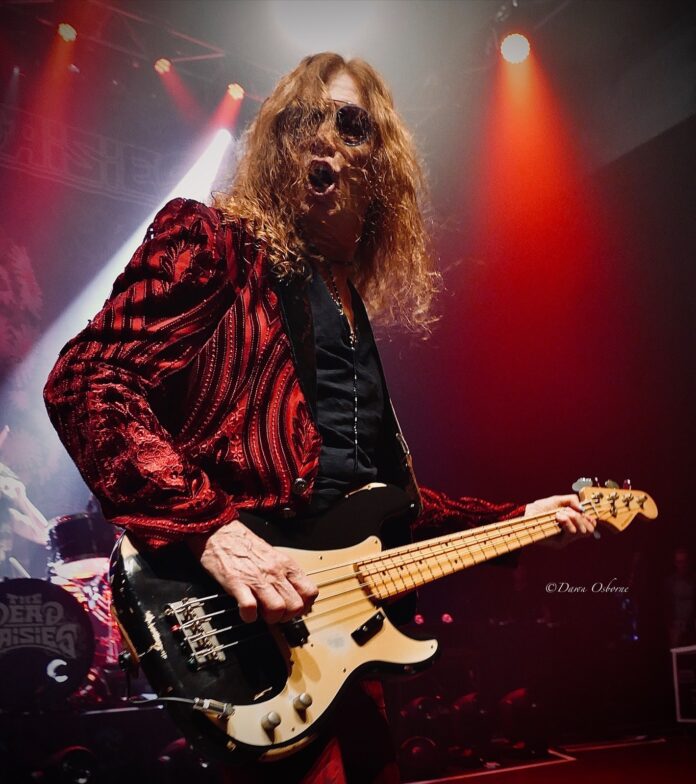 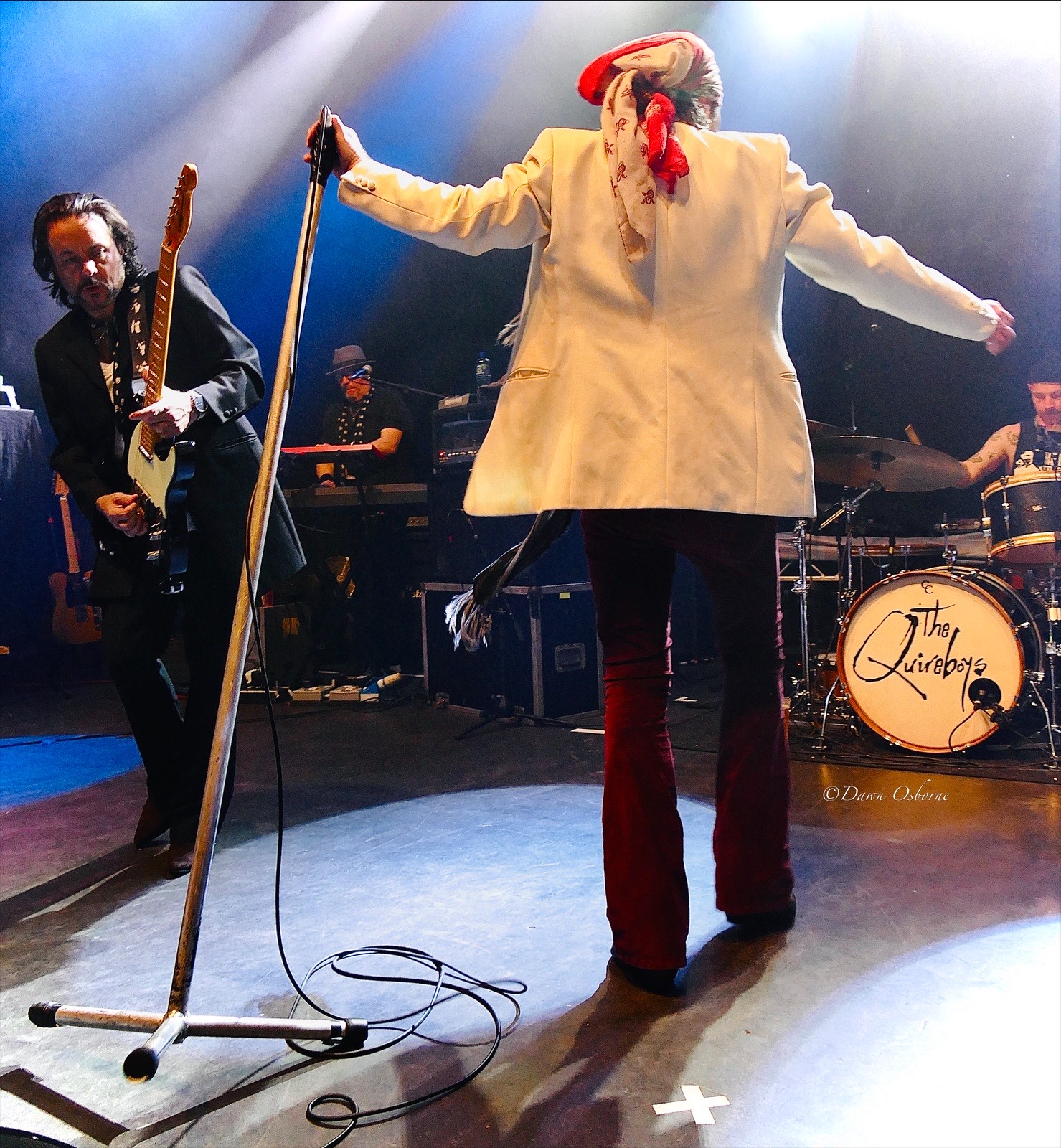 It’s unusual to see The Quireboys supporting except perhaps on a festival bill.  They are one of my favourite bands, so in many ways this is a double headliner for me tonight.  Indeed they are a great band for lifting the mood of crowds and getting things going, so in many ways they are a great choice. This is very similar to the set they did at Steelhouse for the 30th anniversary of ‘A Bit of What you Fancy’, concentrating on those songs with a few later hits. 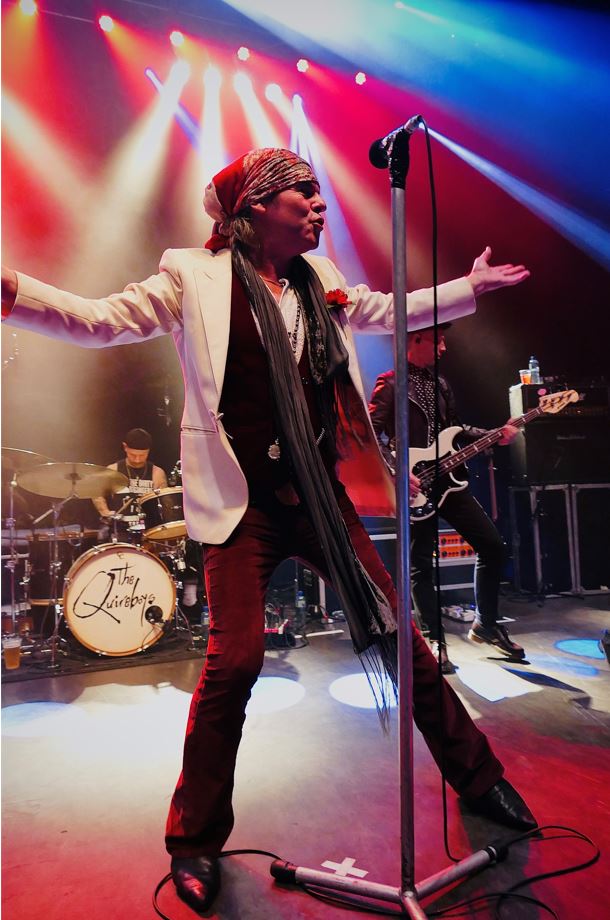 You always know what you are going to get with the QBs. I have seen them dozens of times going back to the 1980s and have never seen them do a bad show in all that time. When my parents were ill and I was gravely worried, they were the only band I saw during that time that took my mind off my problems. 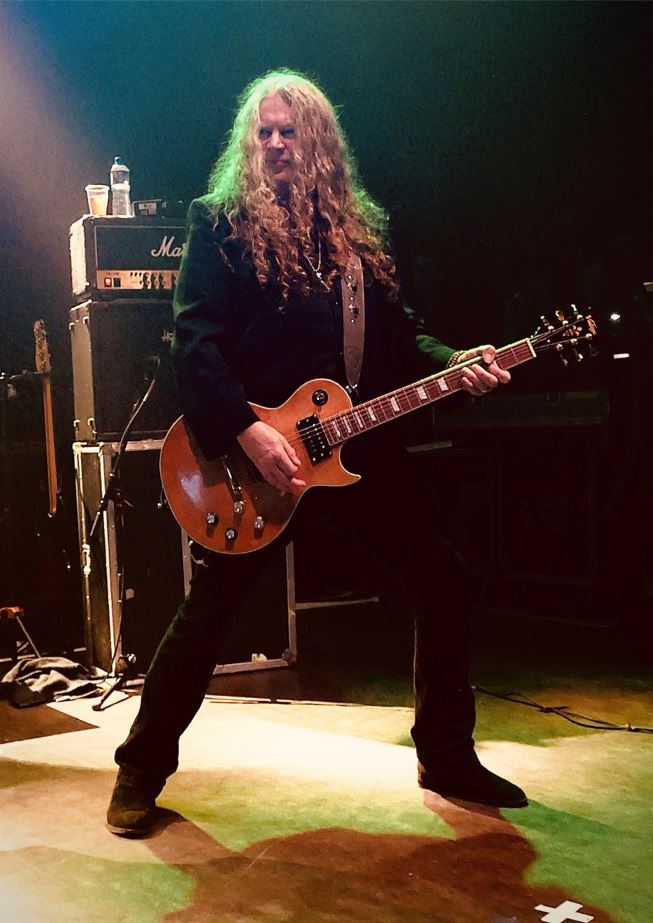 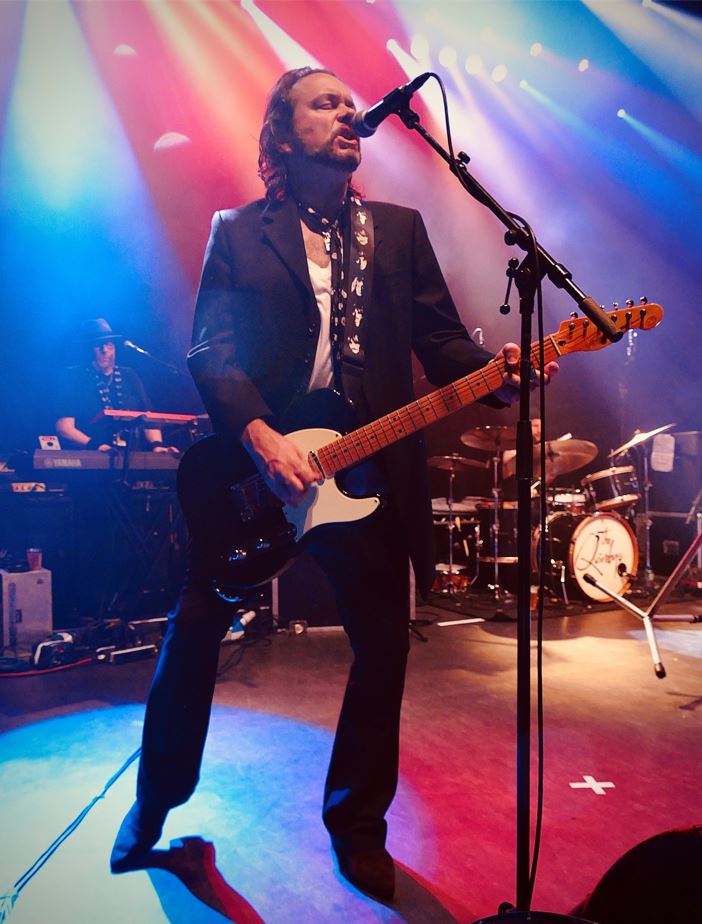 Spike jokes that ‘it’s great to see you all on a Saturday night’, when it is a Wednesday, but I guess the point is that the QBs always make you feel like it is a Saturday Night. So there is lots of tinkling on the ivories, a truck load of good time rock n roll and a shit load of great guitar and raspy Rod Stewart style vocals. 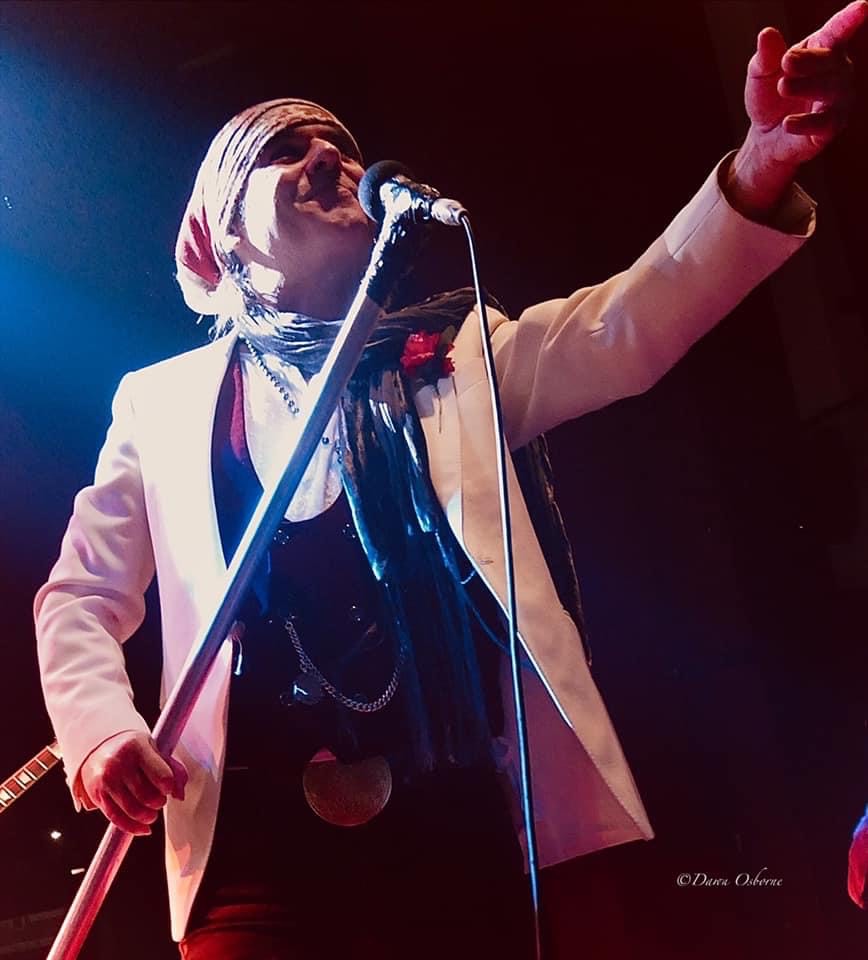 He adds, ‘Some of you used to come to my club.. you old bastards’ and indeed I did. They always make me feel young and that is why I will never stop going to see them. Indeed how Spike manages to twirl and kick high and shimmy his way across the stage, especially as he is not known for his temperance, I will never know: long may it continue. 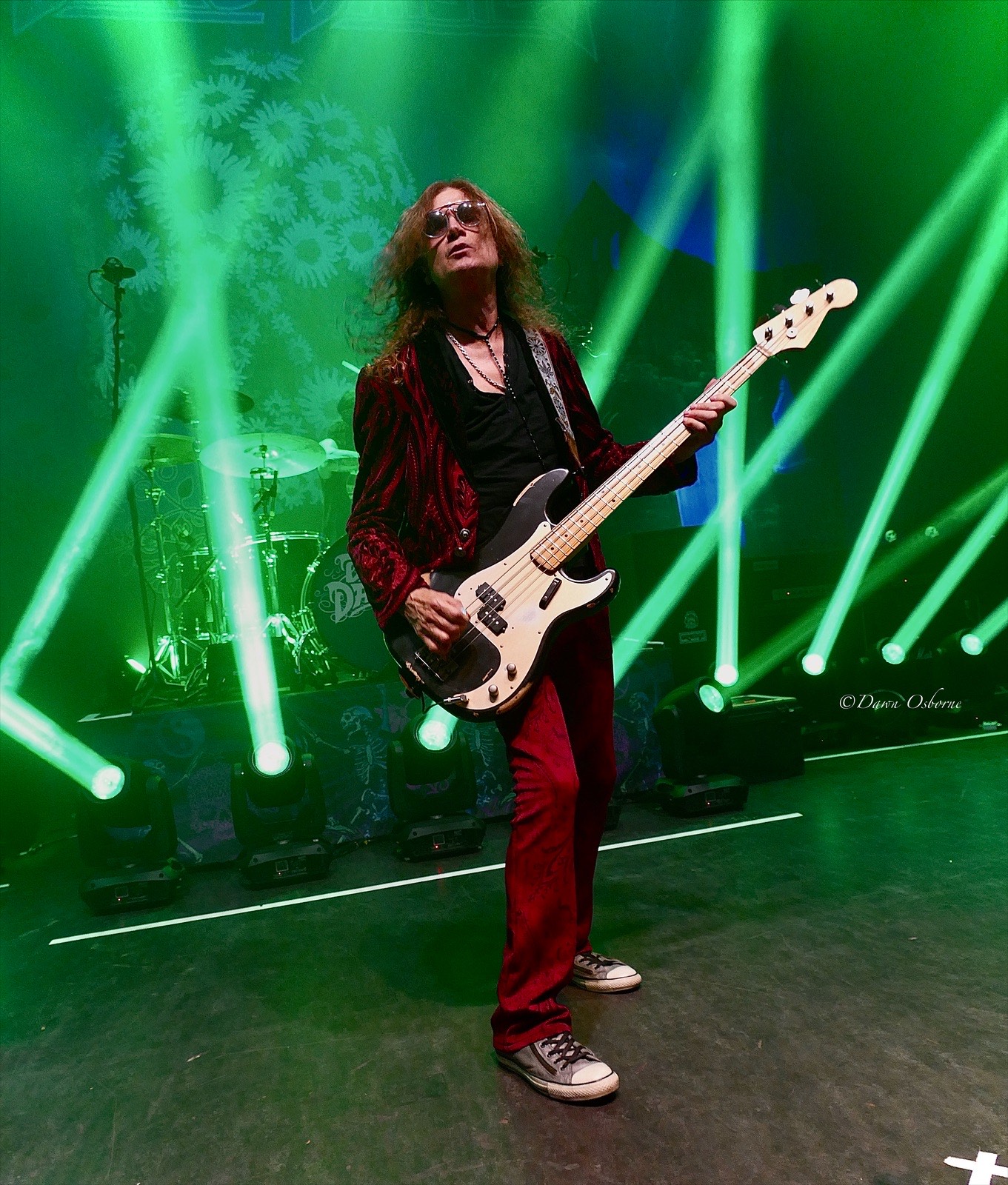 The Dead Daisies have become another animal since Glenn Hughes joined. Not only have they acquired a living legend whose voice, bass playing talent and looks remain undimmed (despite all his efforts to overdo everything when he was young), but having taken a decision to concentrate on original material is a step up from doing mainly covers. Everyone loved John Corabi, he is an amazing front man and can make the most prosaic of tracks sound amazing, just with his delivery. However, if we want our bands to progress, truly live and make new music then we have to applaud the direction the band have taken. And I think we have to respect that Glenn Hughes’ talents lie not in making a cover song sound amazing, but in his own particular brand of rock influenced by RnB and Soul. Such a titan could not be expected not to totally transform the band which he has.

As such it is not surprising that the set largely consists of their latest album ‘Holy Ground’, and live the band are now much more towards the glory days of Deep Purple Mark III. Even on older Daisies songs, take the cover ‘Fortunate Son’, Glenn makes it very much his own with high pitched screams at the end.  There is an unworldly quality to Glenn’s voice, capable of cutting through the sound of a mere rock band like glass.  Mostly time spent watching the band is spent with your mouth open at the sheer phenomena experienced. 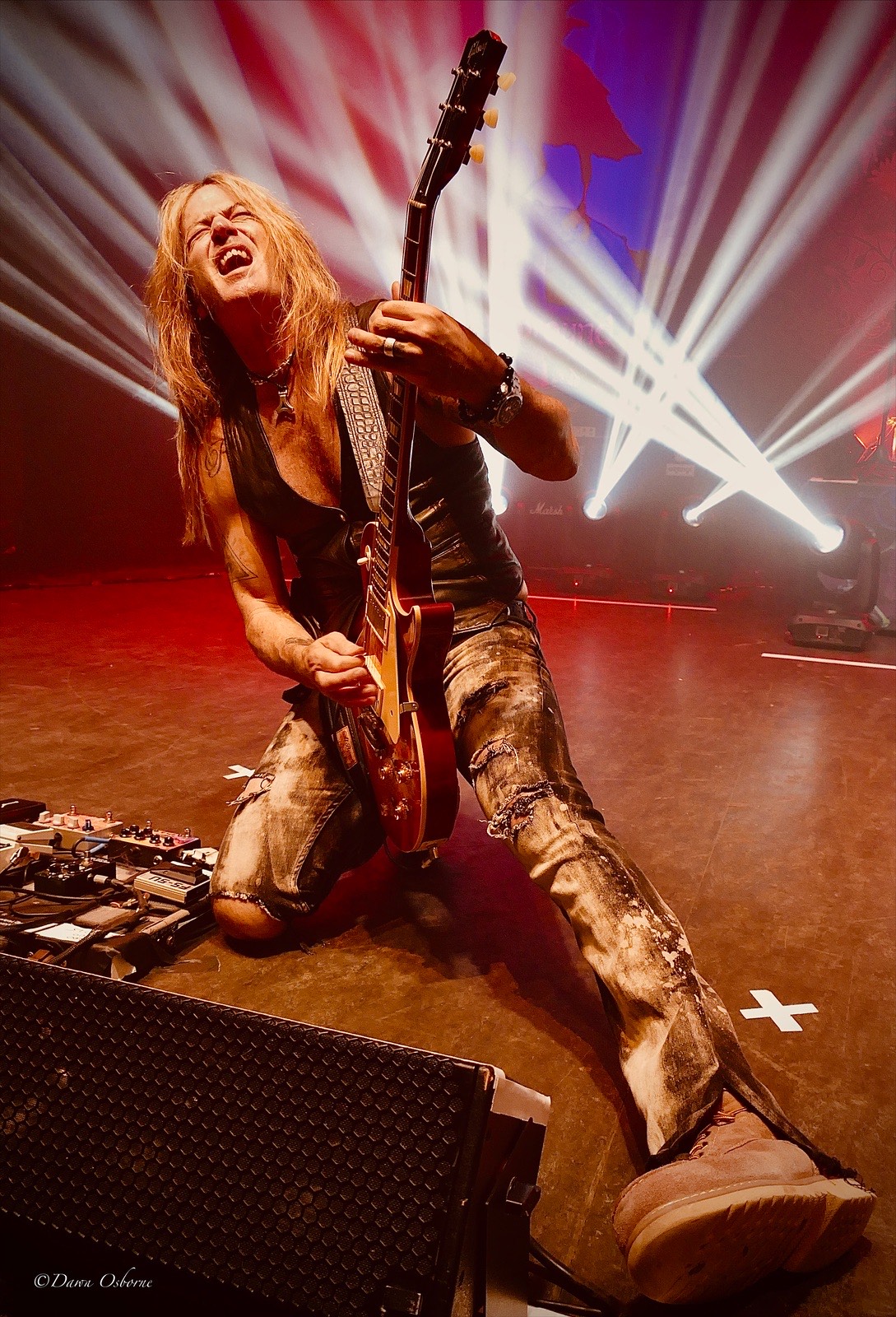 But it’s not all about Glenn, for example Doug Aldrich is still a Randy Rhoads type of stunningly attractive guitar hero and remains the darling of the UK following his lengthy stint with Whitesnake. The band are tight and the lights tonight are amazing and so the overall spectacle is everything you want from a truly stadium quality rock act… Beautiful to behold with both the eyes and ears. 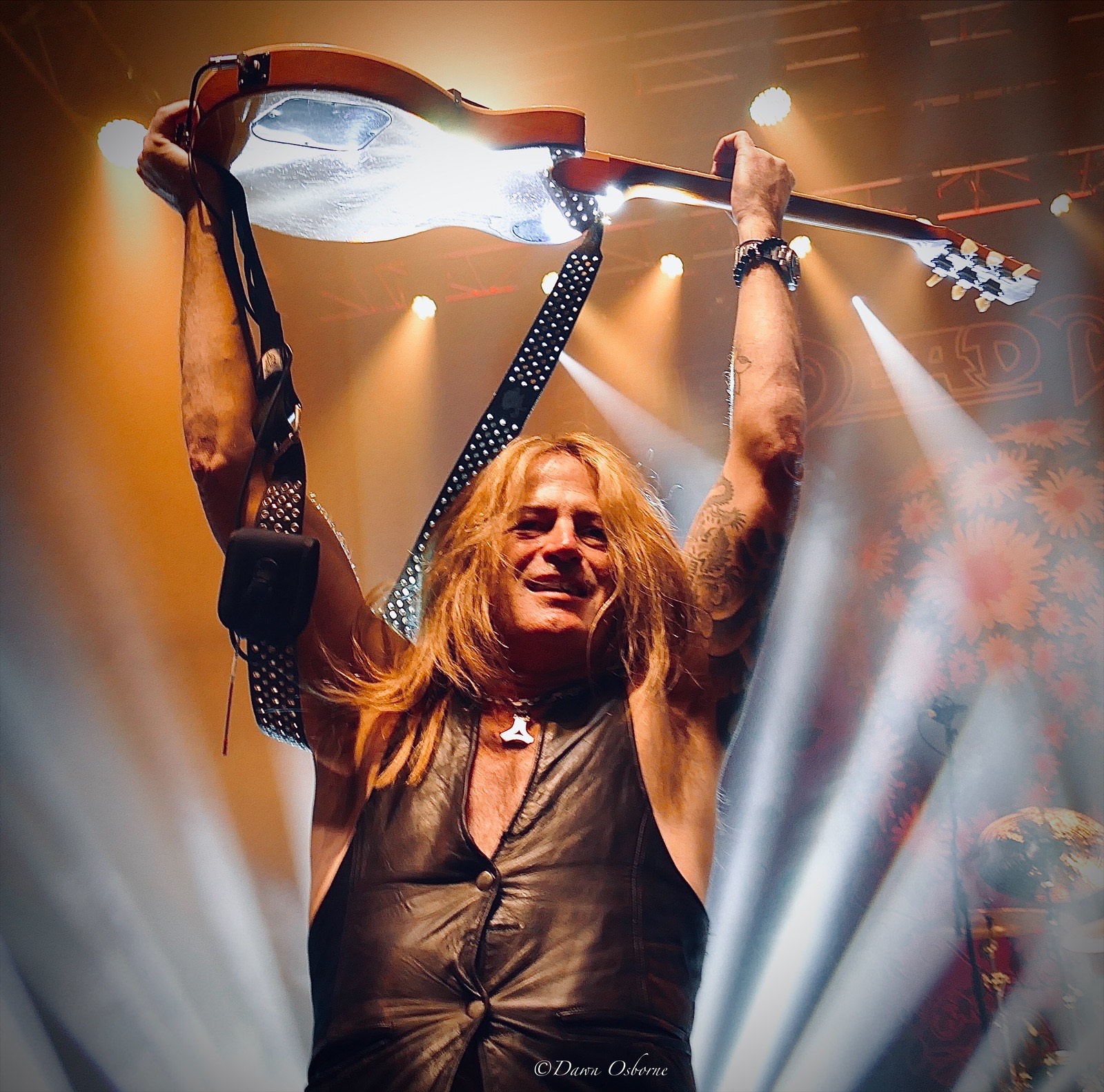 The band do a fantastic rendition of the Deep Purple song ‘Mistreated’ apparently added to the set due to public demand. Glenn makes the crowd laugh by saying ‘Remember the 70s – I don’t.’ He takes us into the stratosphere with the last line ‘Losing My Mind’.

The band get a great reaction when they assure us they are working on a new album and they will be coming back.  After ‘Like No Other’ a superb song from the new album, they finish the show with an oldie ‘Long Way To Go’ before ending with the absolute banger DP tune ‘Burn’. It is fantastic to see the band taking the risk of coming to the UK before the Pandemic is over and insisting that they will do so again, with the implications that whatever the obstacles, they will never give up the art of live RnR. Almost brings a tear to the eye.

MegaCruise: Ensenda and CORROSION OF CONFORMITY – 10/16/19