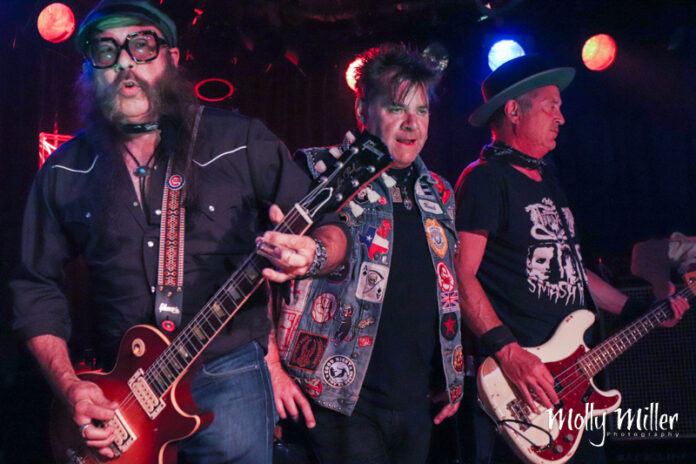 Molly Miller was on Scene and Heard… 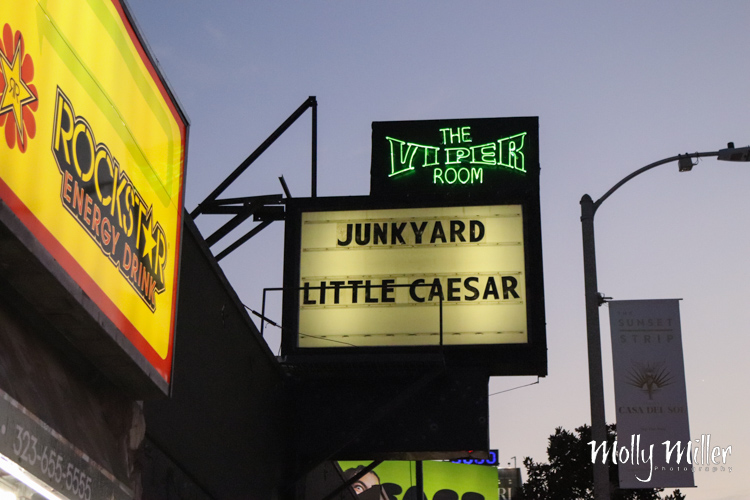 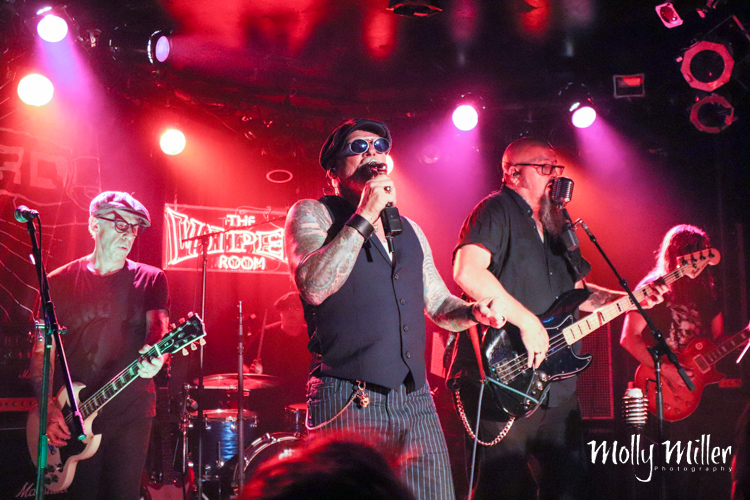 Little Caesar with somewhat of a bluesy-rock feel exceeded my expectations. They played a show with a variety of cover songs and originals that all had their own personality infused and were flawlessly executed. 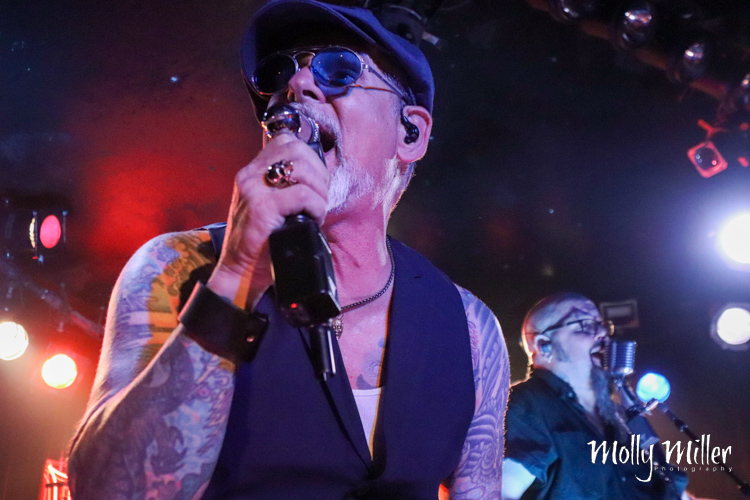 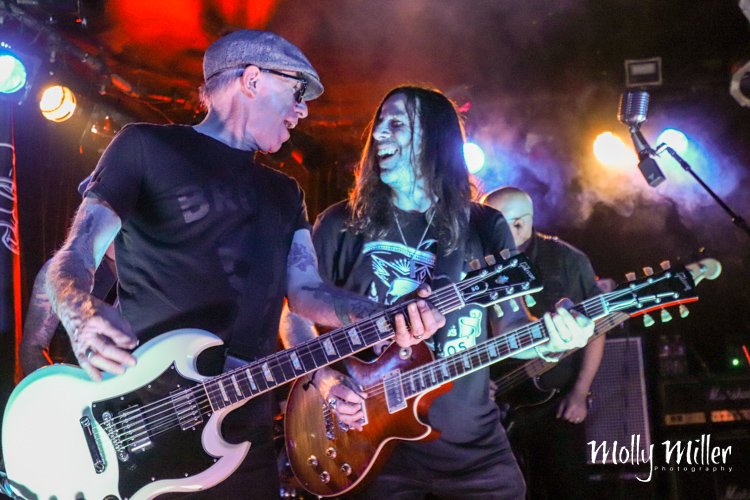 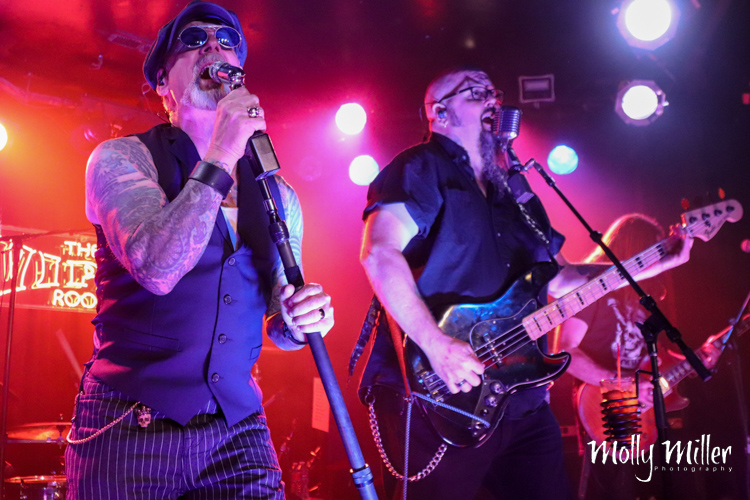 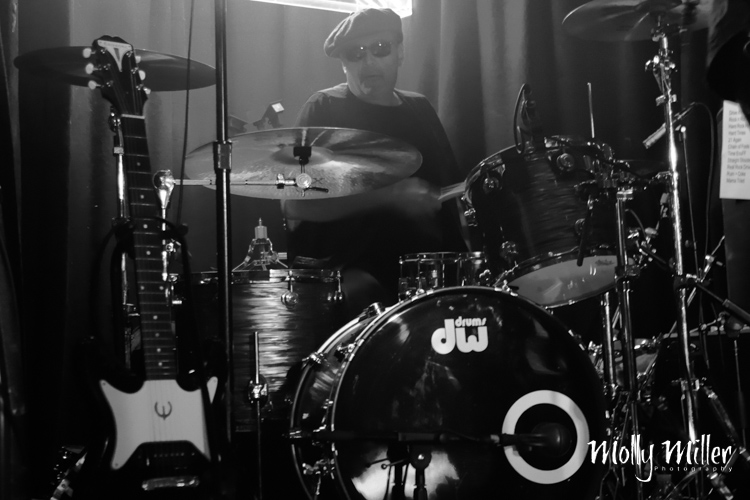 Guitarist Loren Molinare has fantastic stage presence and facial expressions that just show how much fun he is having while he plays. Guitarist Mark Tremalgia’s face was basically obscured by his long dark hair the whole show, but he certainly proved himself as a guitarist. He produced one hell of a soul crunching pick slide. Drummer Tom Morris sat back and kept steady in his beret-styled hat and sunglasses. The band even mentioned how bright it was being back on the stage! Bassist Pharaoh Barrett left a lasting impression with his forthcoming image and his strong background vocals. 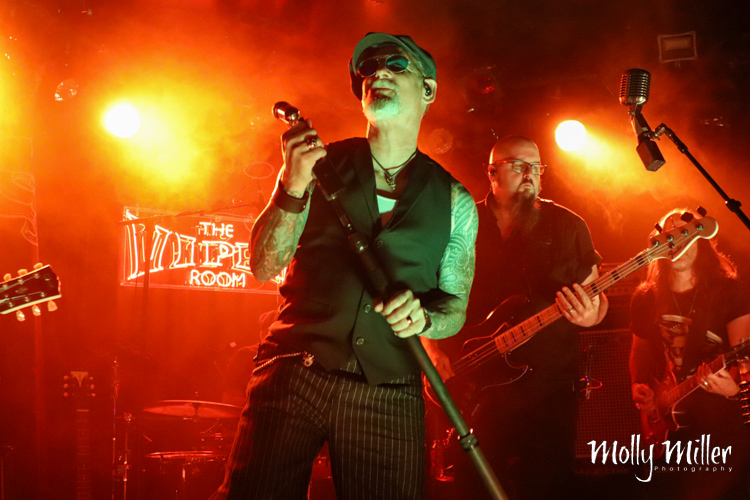 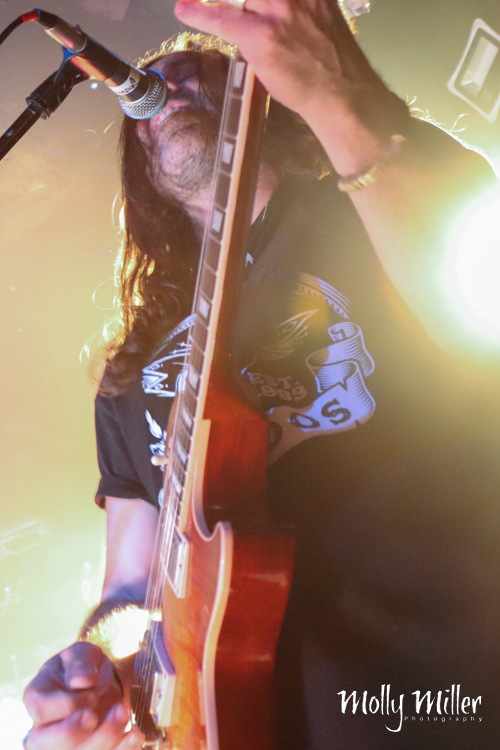 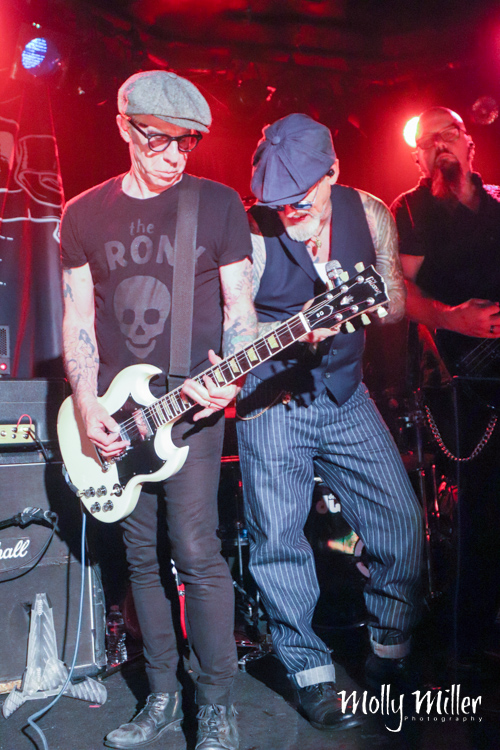 Vocalist Ron Young has a phenomenal range and his acapella vocalization sent waves through the air. Towards the end of their set he gave a heartfelt speech that focused on appreciating live music, The Viper Room, and the opportunity to open for Junkyard. I think everyone in the room shouted in agreement that having live music is something we have all missed for quite some time. Little Caesar was appropriately… pure Rock-n-Roll. They produce music that I could listen to with my brothers, friends, parents, and grandparents. Truly they have an ability to play the tune and get down with the beat. 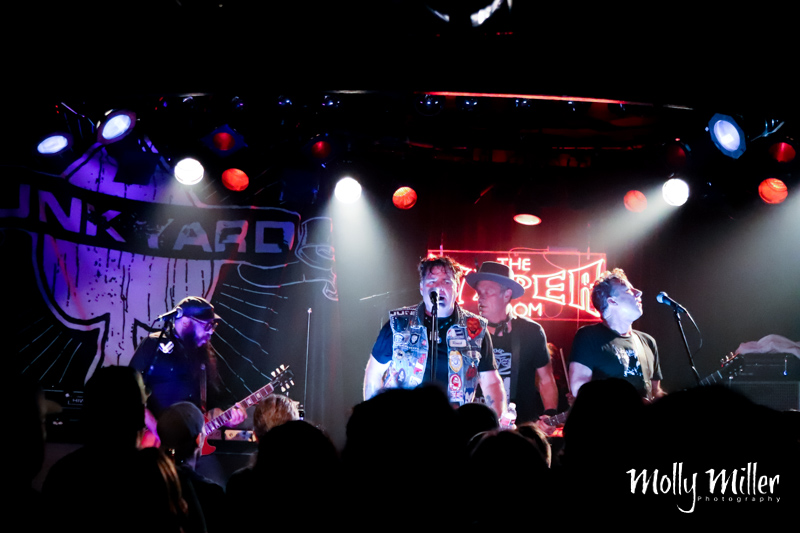 Just as Junkyard was about to head on stage, I could see The Viper Room’s team bringing up armfuls or beer bottles to put out for the band. Then – it started. Junkyard successfully “wowed” me and I was taken aback by how angry, yet passionate their sound was. Their songs hit hard. REALLY hard. They definitely have a unique sound and a hardcore/punk vibe to them. Hands down, they sound way better in person than they do on their recordings. There is something about live music and musical performance that makes this much more than noise. 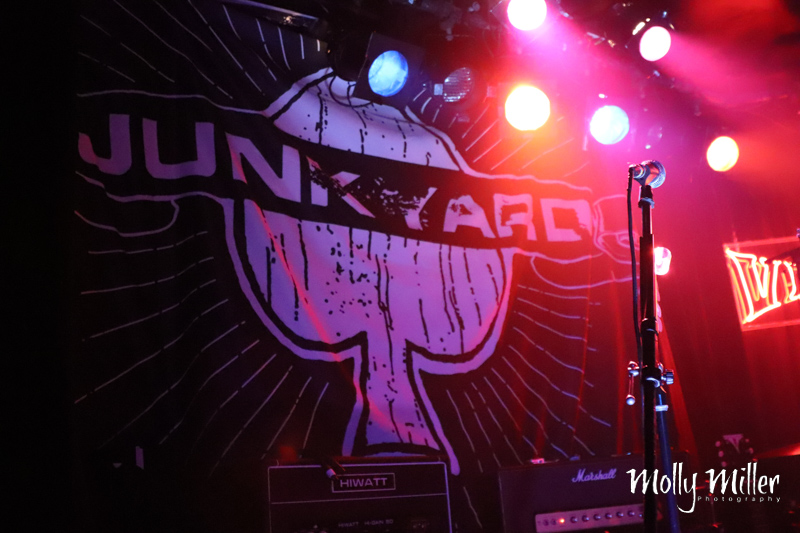 Lead Vocalist, David Roach, looks like the kind of guy you want standing next to you if you walk down a dark alley; he looks like he can take care of business. Off-stage, he is totally approachable and personable. I was able to chat with him after the show and we connected on our shared town (Carpinteria) of which he has a patch on the back of his battle vest. During the show a Viper Room staffer handed David a new microphone stand and he explained to the crowd that he frequently has problems with mic stands. During the next song, he knocked the mic right out of the stand and laughed it off as he swung the cord back to himself. 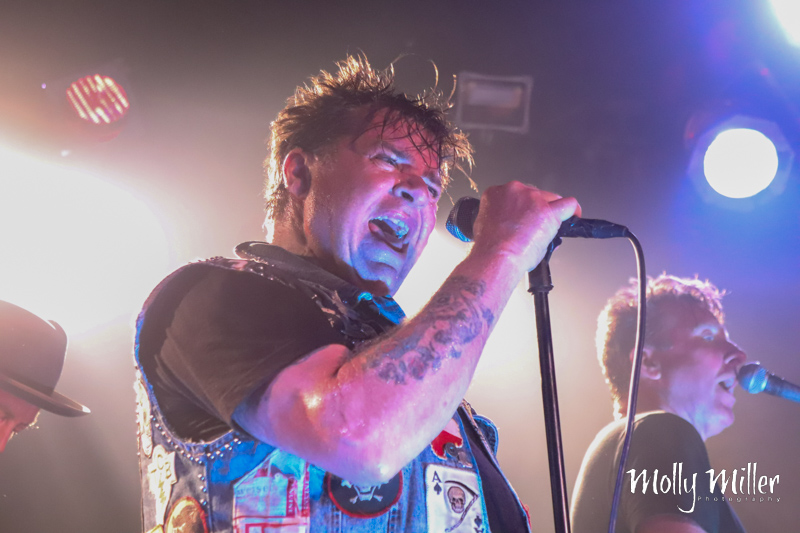 Guitarist and backup vocalist, Tim Mosher, gives a bit of balance to the band’s look. He didn’t have the rough look like some of the members, but still presented amazing riffs, solos, and vocals. The sound was incredible with high-tuned and fast paced playing. 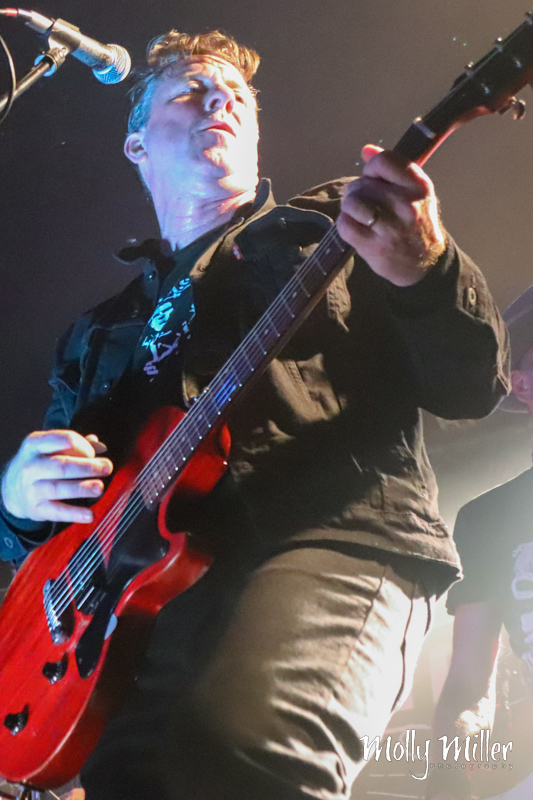 Guitarist Jimmy James has a unique look, rocking some glasses that would make the 1970’s green with envy. He moves around the stage and makes solid eye contact with the crowd. 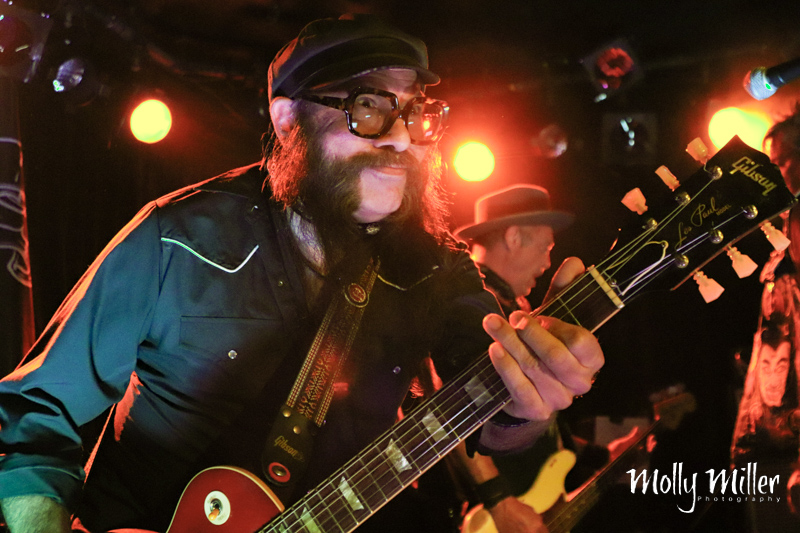 Bassist Todd Muscat hung out toward the back of the stage with Drummer Patrick Muzingo. I would have loved to see the two of them close to the crowd, but hey… if you have ever been to The Viper Room, you know how small that stage is for five people and all their equipment. I was even slightly concerned that the guys might start their own push-pit on stage as they bumped into each other every time they tried to move. 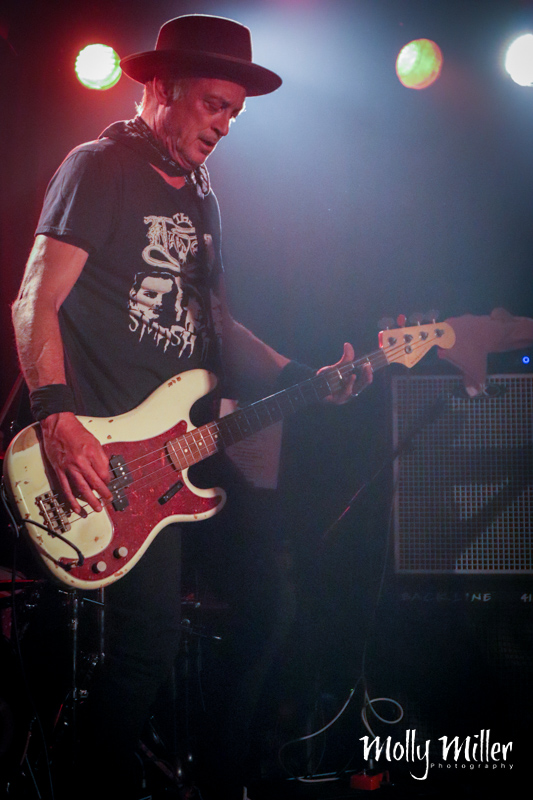 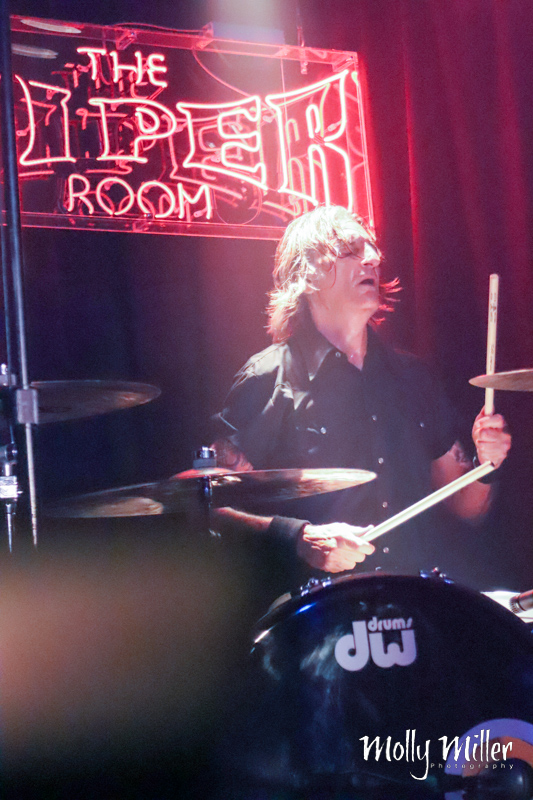 Twice during the show David Roach stepped aside to let Tim, Jimmy and Todd jam together which really showcased the band’s ability to play for a crowd and be entertainers as well as musicians. 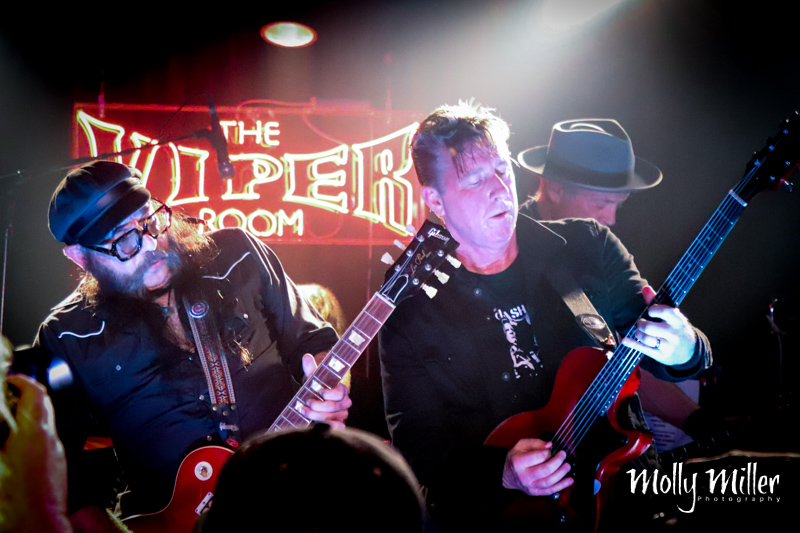 Junkyard has a hard appearance and a hard sound. Anyone who hasn’t heard them really needs to give them a listen. I would especially challenge all of the younger rockers out there to seriously give Junkyard a try. 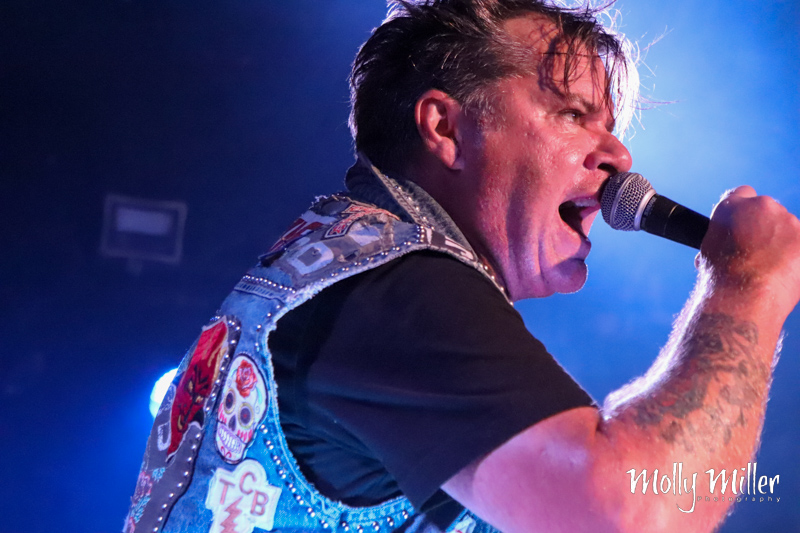 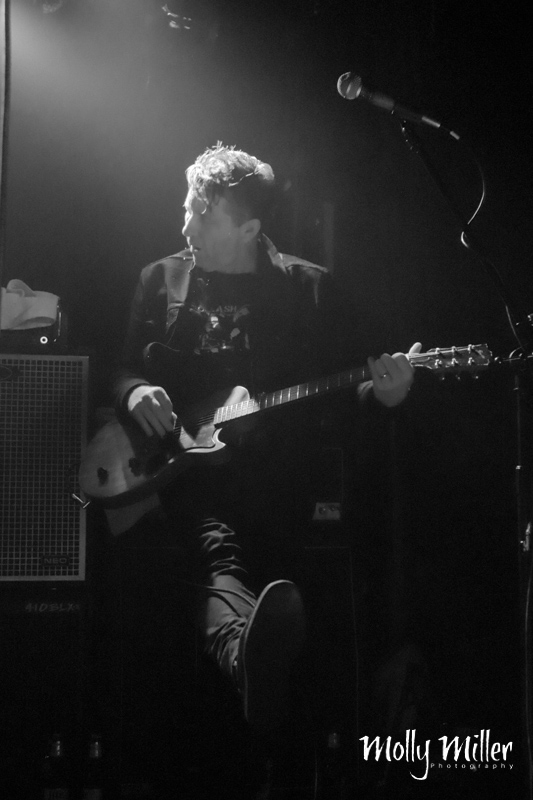 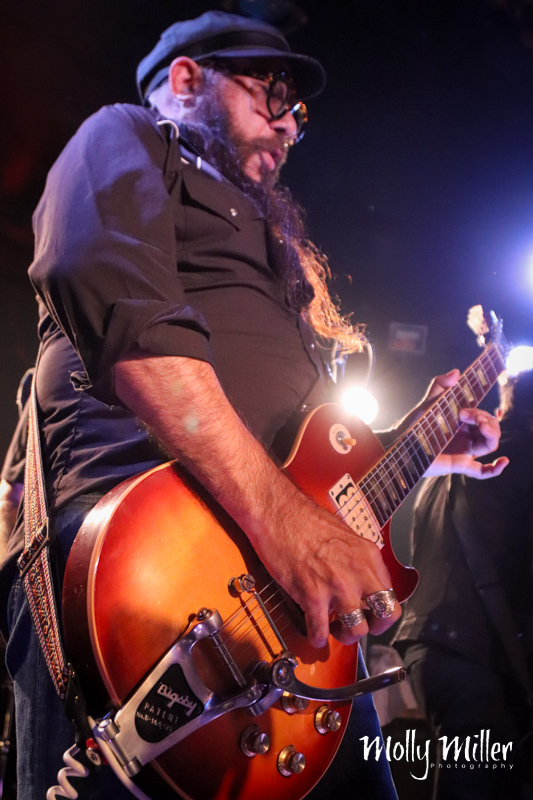 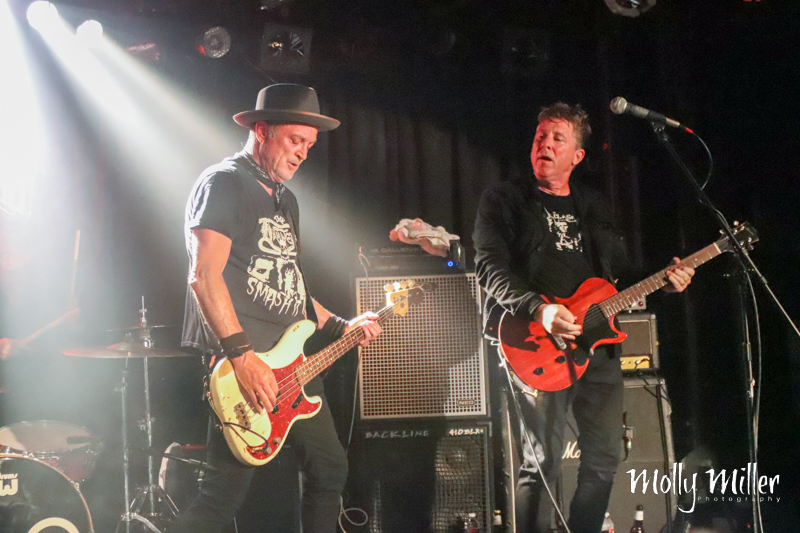 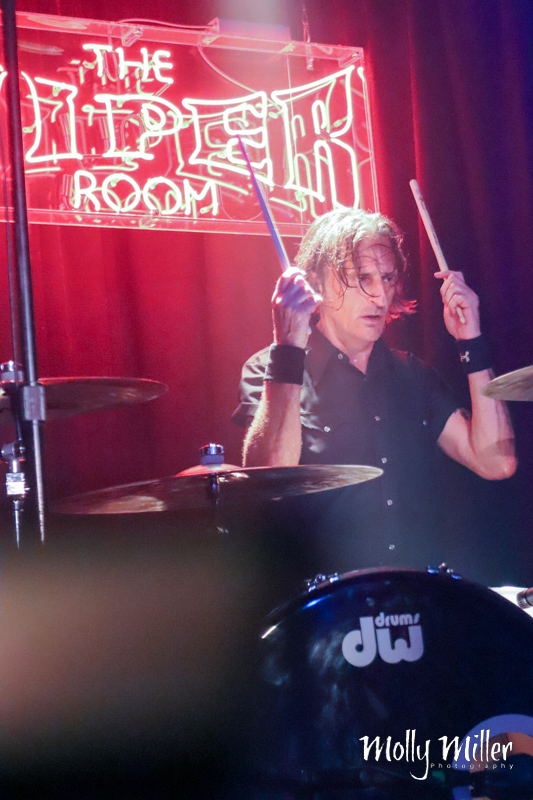